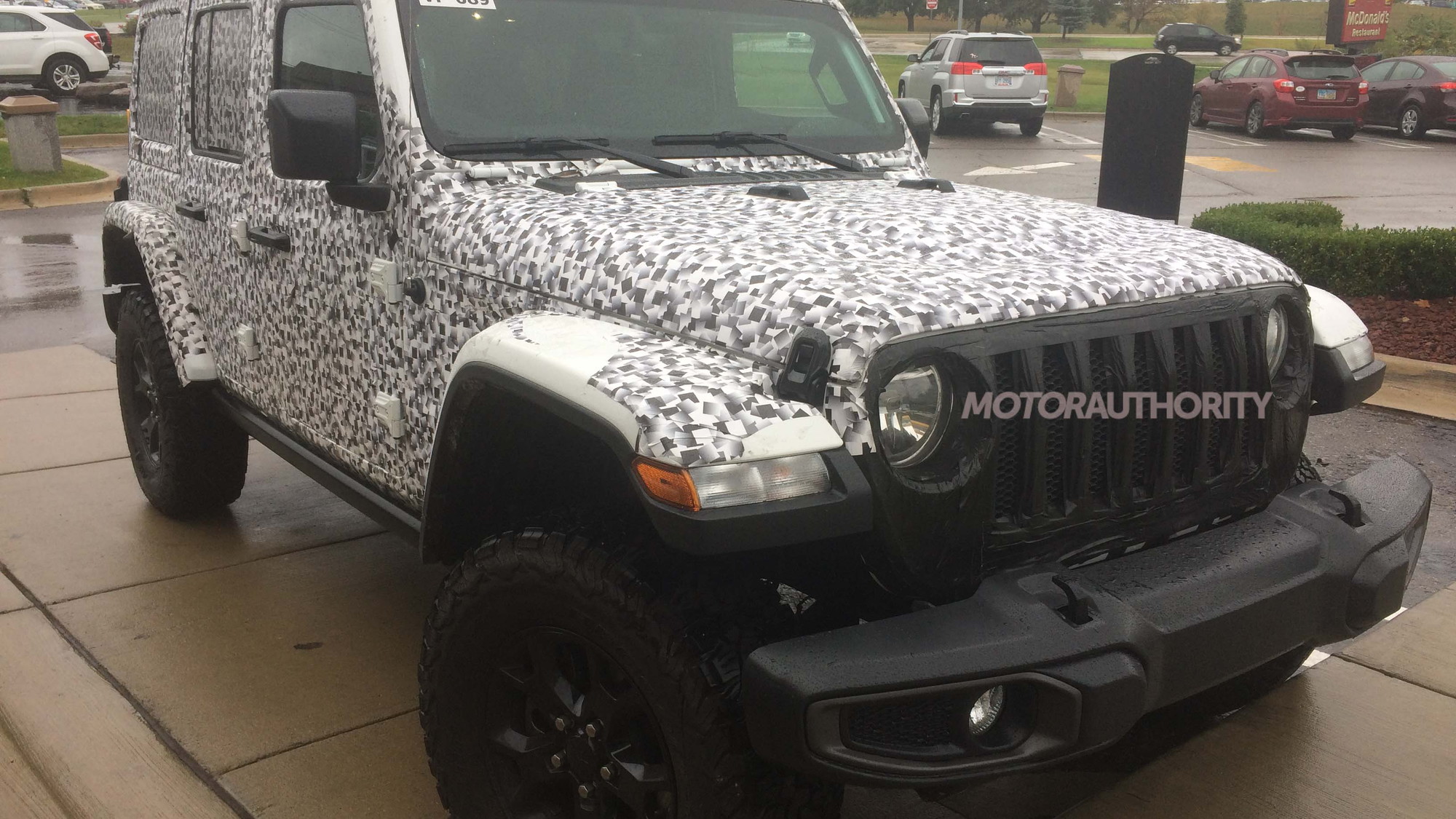 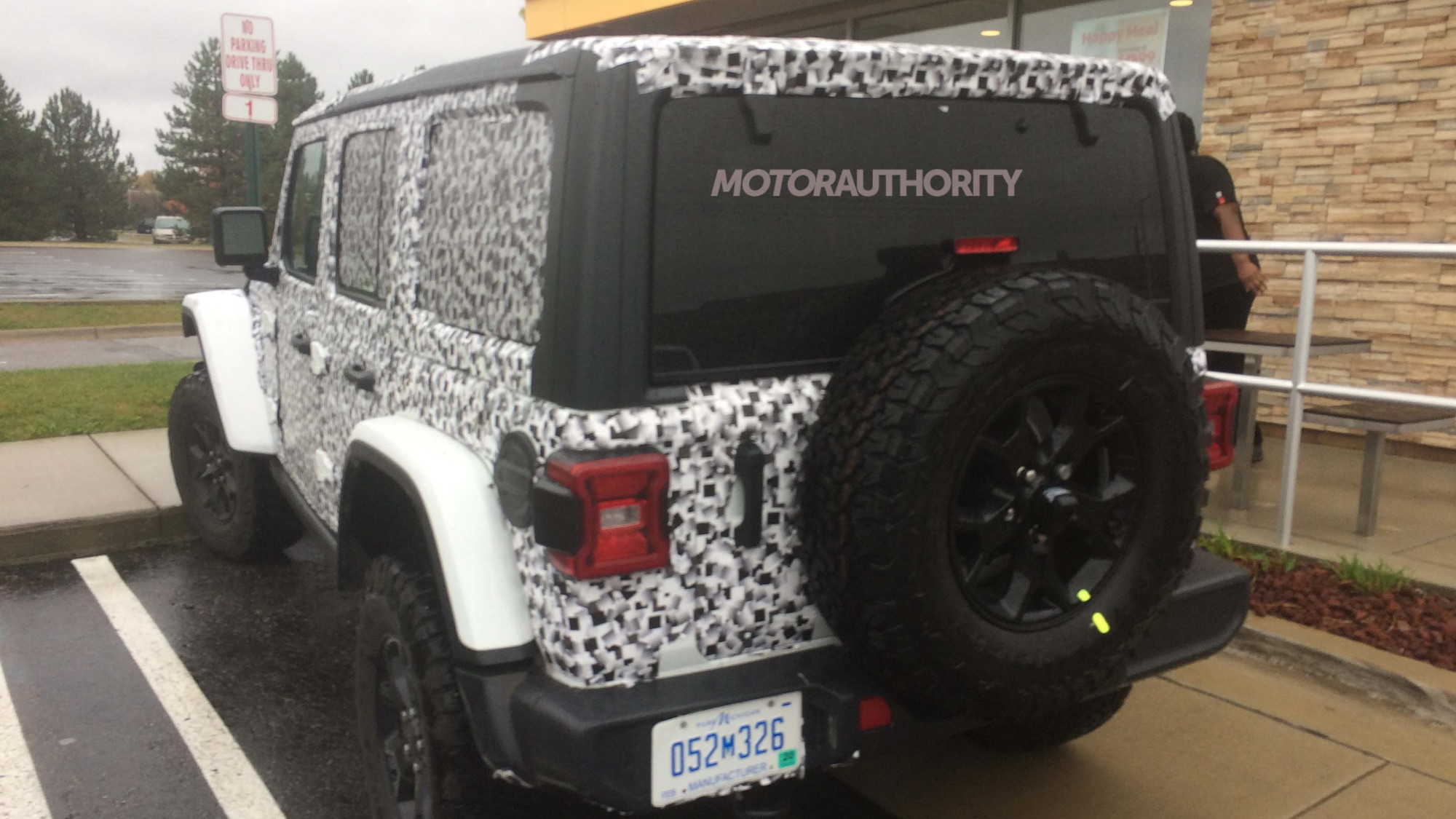 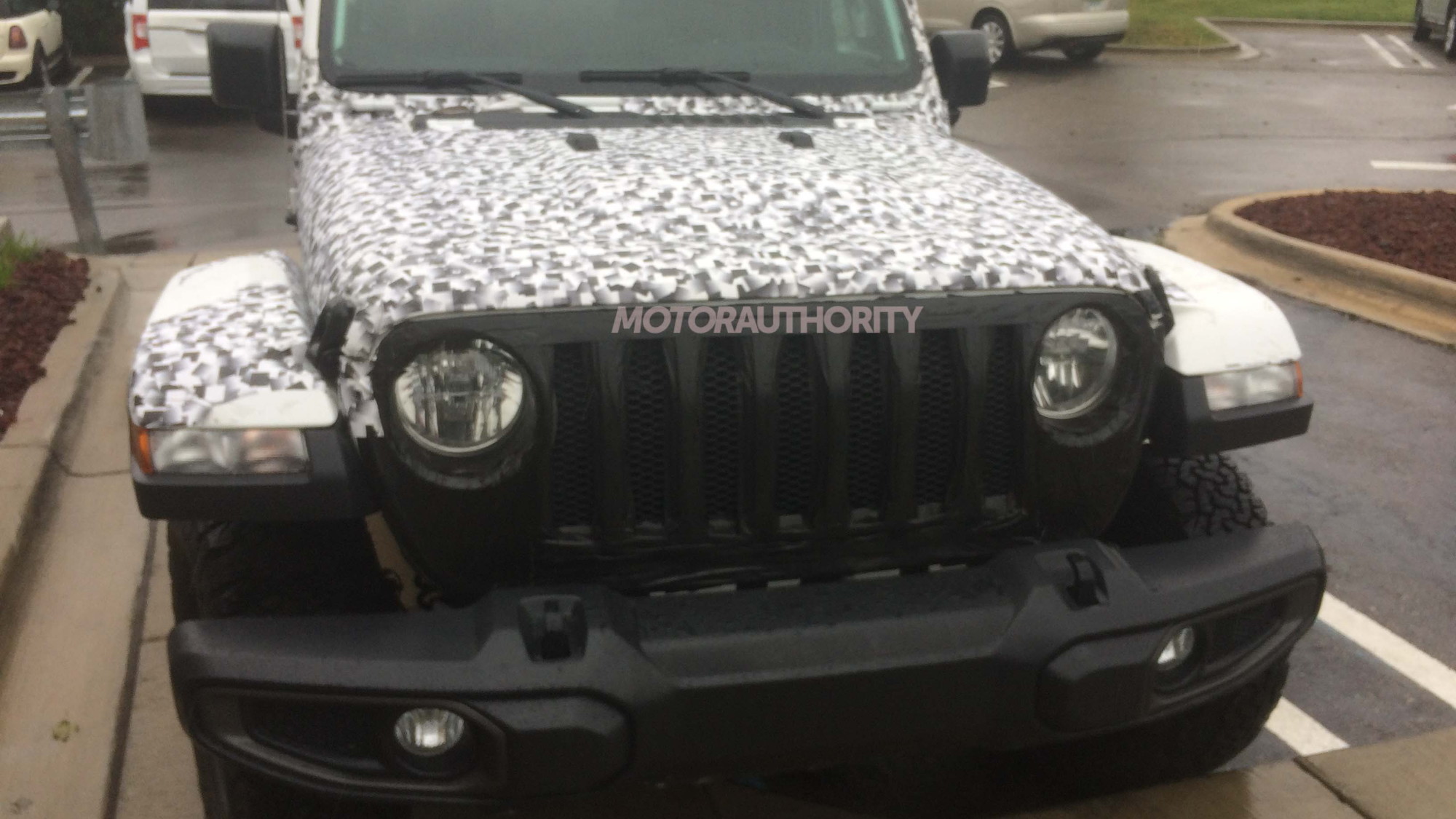 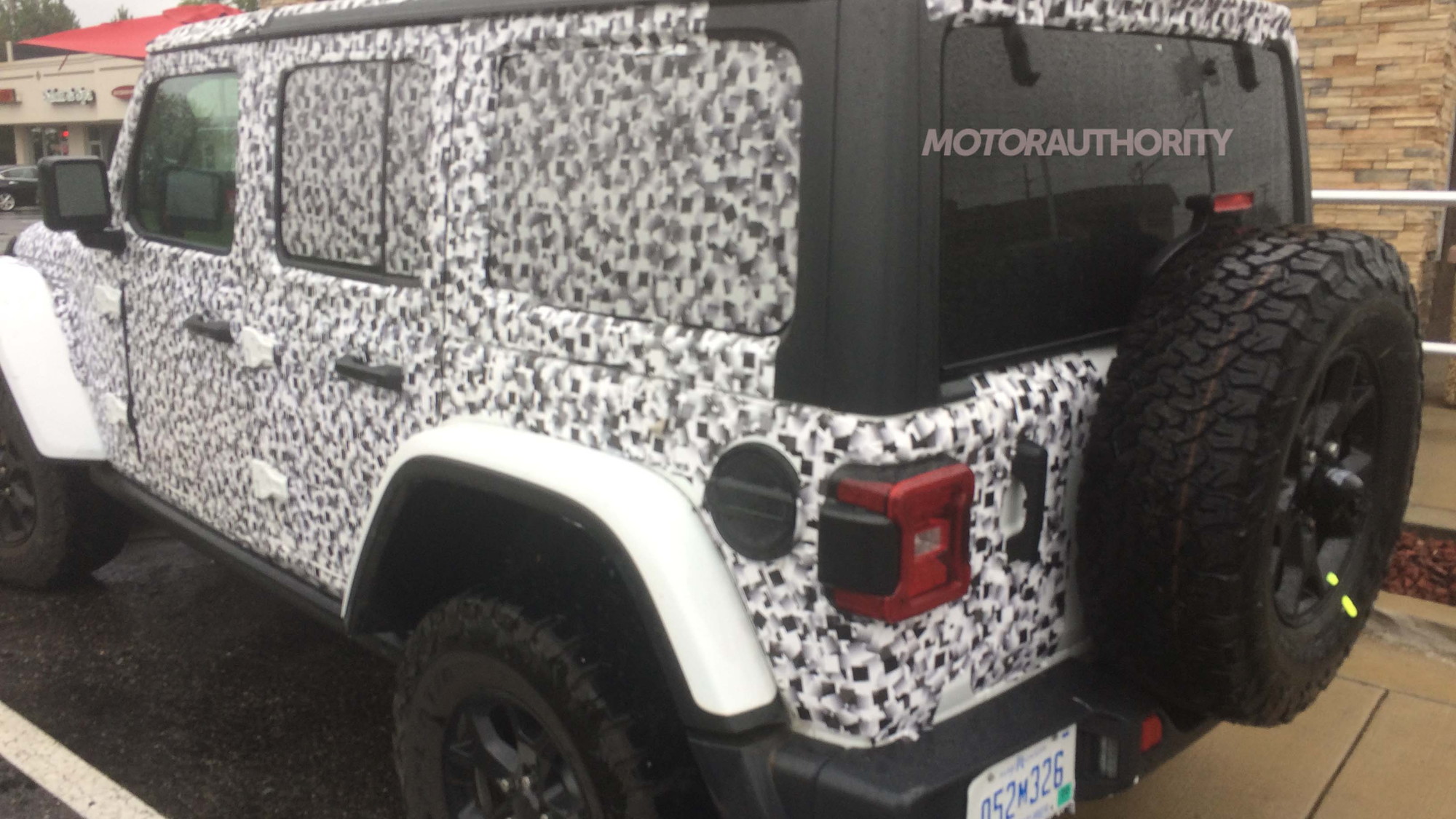 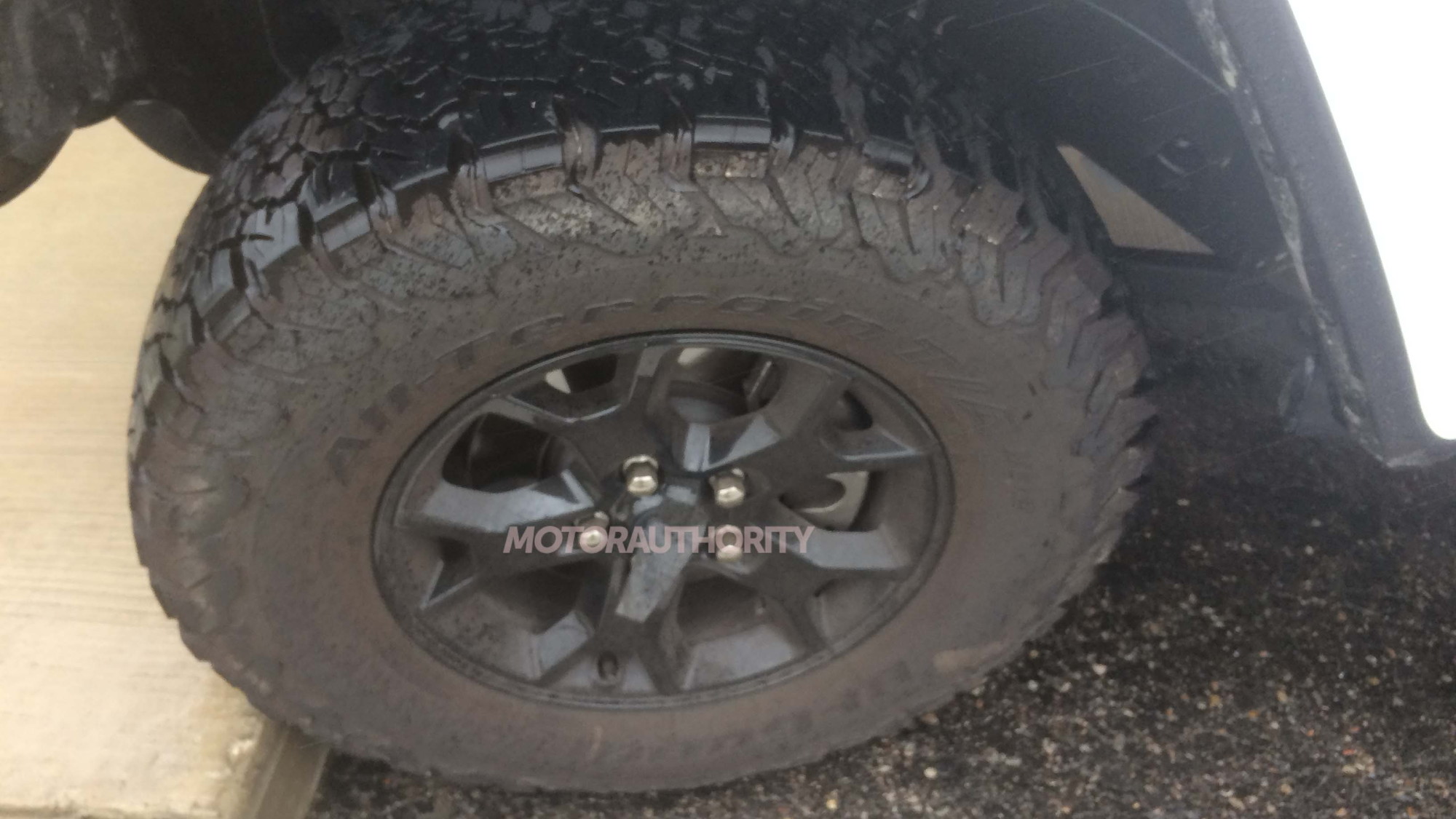 A prototype for Jeep’s next-generation Wrangler has been spotted again.

Both are due to be revealed late this year or early next, likely as 2018 models. A debut during November's 2017 Los Angeles auto show is a strong possibility.

From the shots, it’s clear the design will be evolutionary.

The boxy silhouette of the new Wrangler, the JL series, looks almost identical to the current JK, seen in one of the shots. Up front will be round lights and a slatted grille, while out back we can see square-shaped taillights similar to those on the current model albeit with an hourglass design.

We can also see similar door cut-lines to the current model, helping to retain the familiar rugged design cues of past Wranglers. Other signature Wrangler cues include the extended front bumper, exposed door hinges and chunky side mirror caps.

The latest prototype to be spotted is sporting BFGoodrich All Terrain T/A tires, and they appear to be KO2s. Mounted in the center of the tailgate-mounted spare tire appears to be a backup camera setup.

Inside we can see new switch gear from FCA, two round gauges in the cluster, and round air vents on the dashboard. A touchscreen sits in the center of the dashboard and appears to be similar in size to the current 8.4-inch setup in most FCA products on sale today.

The new Wrangler will enter production late this year at Fiat Chrysler Automobiles' plant in Toledo, Ohio. Jeep will eventually add a pickup bodystyle to the range. Jeep’s Crew Chief 715 concept unveiled in 2016 is said to hint at what’s to come.

The new pickup bodystyle won’t be the only significant change to the Wrangler. A 6-speed manual should remain standard but we’re hearing that an 8-speed automatic will be available. We can also look forward to a turbocharged inline-4 engine offered alongside a V-6. And further down the track there could even be diesel and hybrid options. Some aluminum will also feature in the construction to help shed weight and thus boost fuel economy.