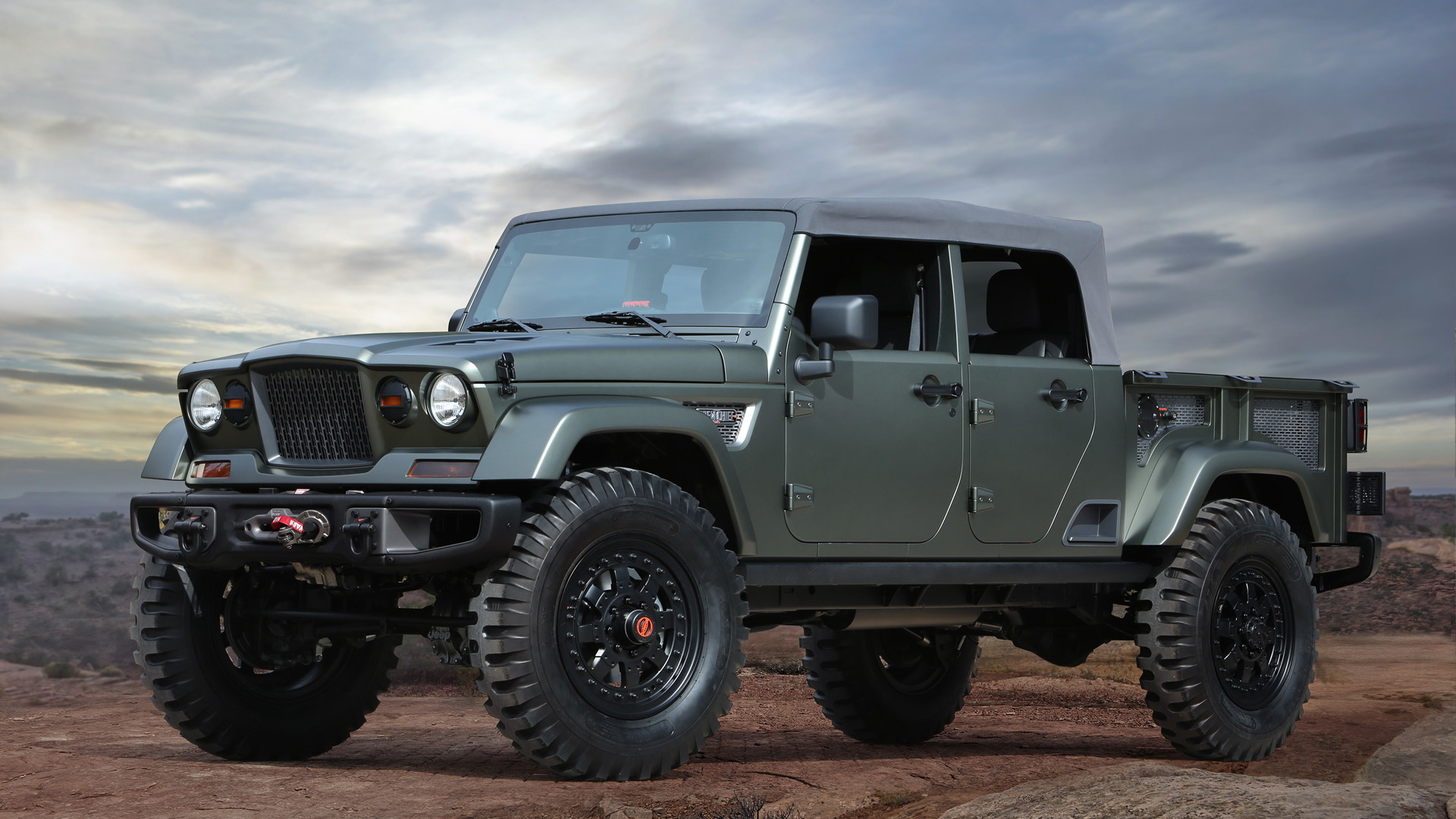 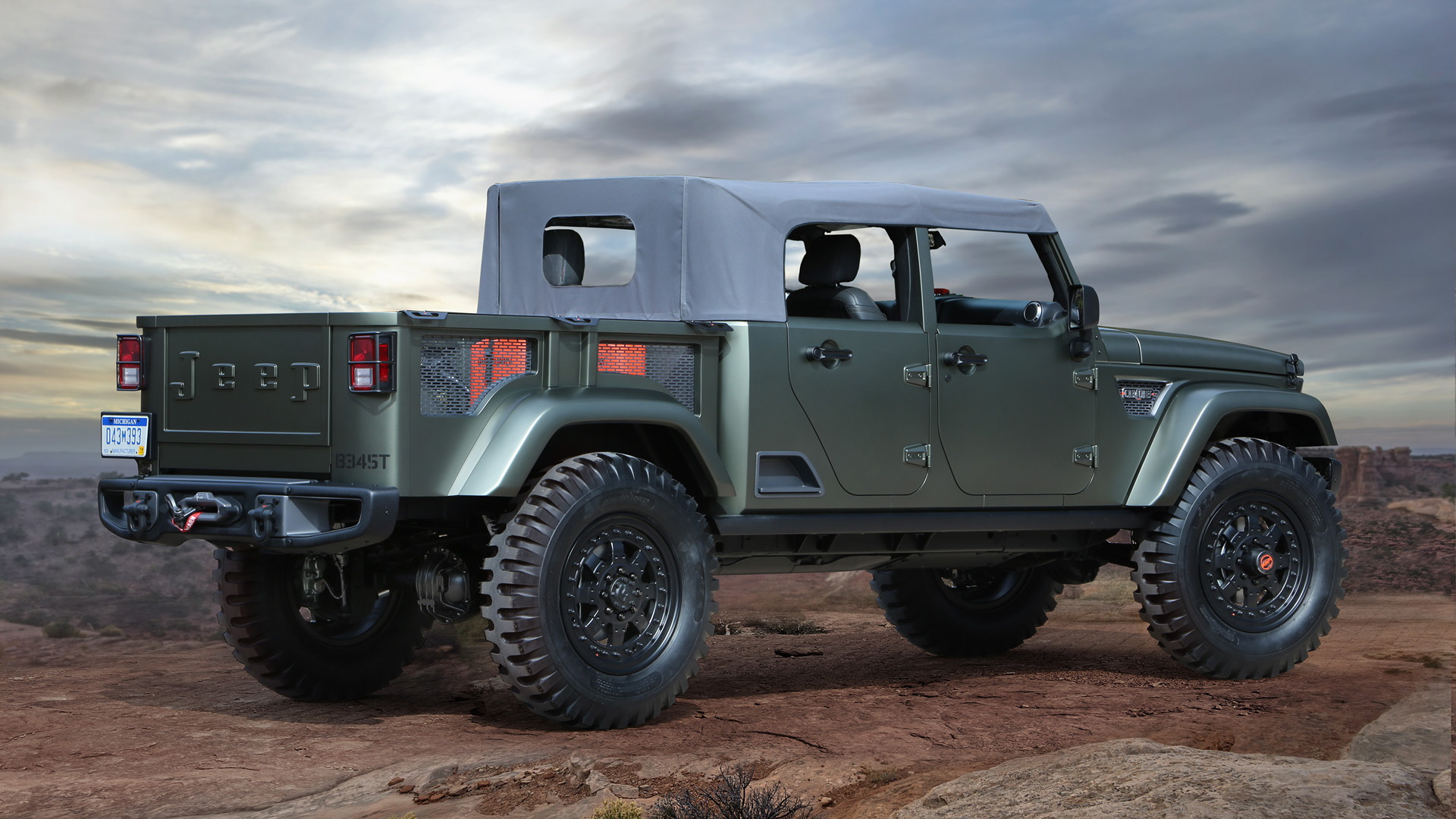 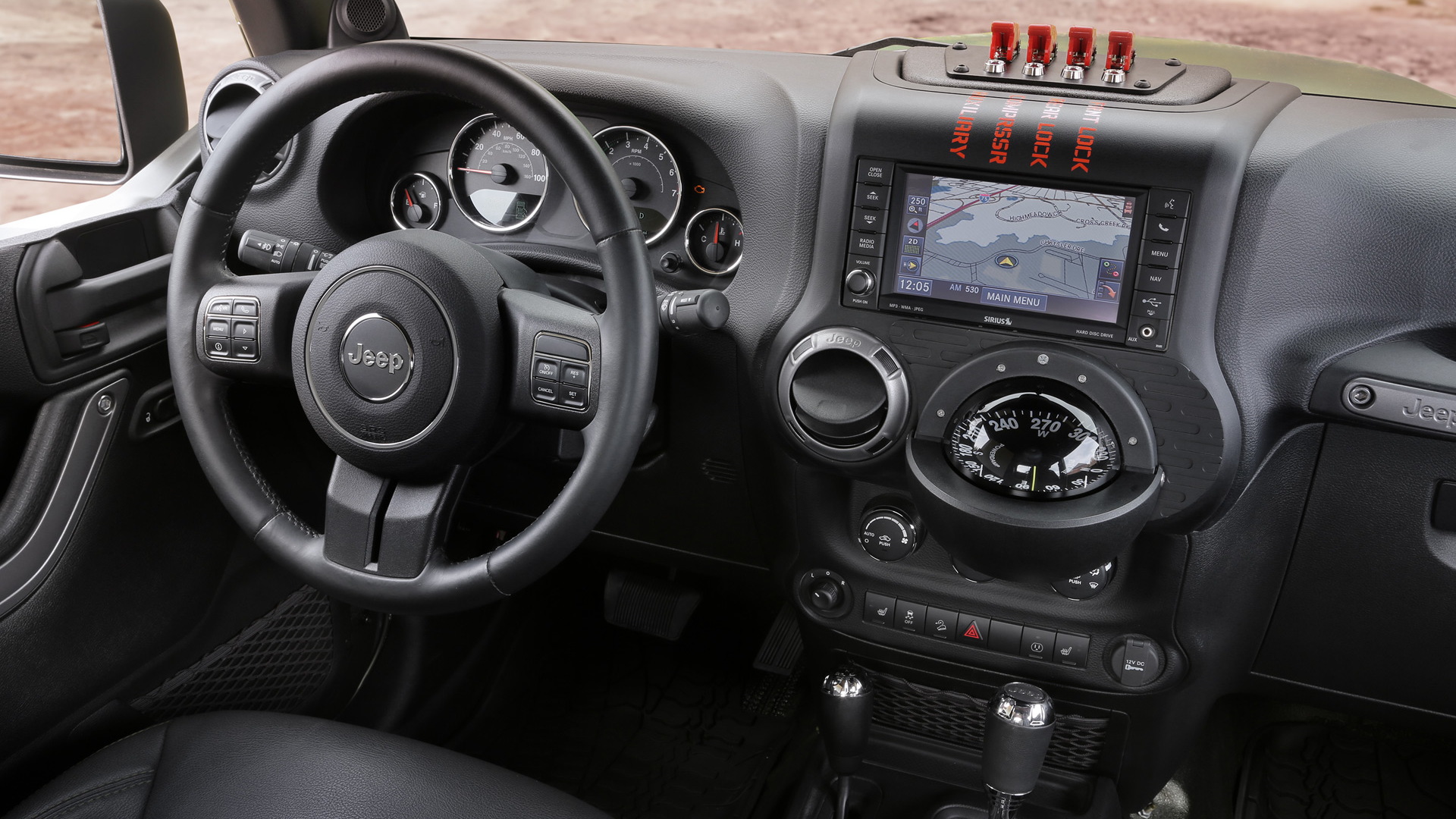 Jeep is hard at work developing a new Wrangler, one that’s expected to be larger yet more fuel efficient than the current model.

Now we have an idea of what the new Wrangler might look like, specifically in its pickup bodystyle.

Speaking to the adventure gurus at Outside, Jeep design boss Mark Allen said he hid “hints” of the new Wrangler in the Crew Chief 715, one of seven concepts built for the recent Easter Jeep Safari in Moab, Utah. The Crew Chief 715 is based on the current Wrangler Ultimate but features a bed out back and heritage styling cues throughout.

“We’re finally going to get to do a pickup truck,” Allen said in reference to the Wrangler pickup. “I can’t explain too much but there may be things you see on the Crew Chief that you might see on that truck.”

Allen also pointed out that this was Jeep’s first pickup concept with a crew cab configuration, which suggests that the upcoming Wrangler pickup will feature four doors.

The heritage cues, such as the slanted nose and stamped tailgate, aren’t likely to make it over to production, though. Allen said Jeep is moving away from retro design.

Production of the new Wrangler is expected to start at the current model’s plant in Toledo, Ohio in 2017, meaning we should see it arrive as a 2018 model. It’s not clear at this point when the Wrangler pickup will arrive.