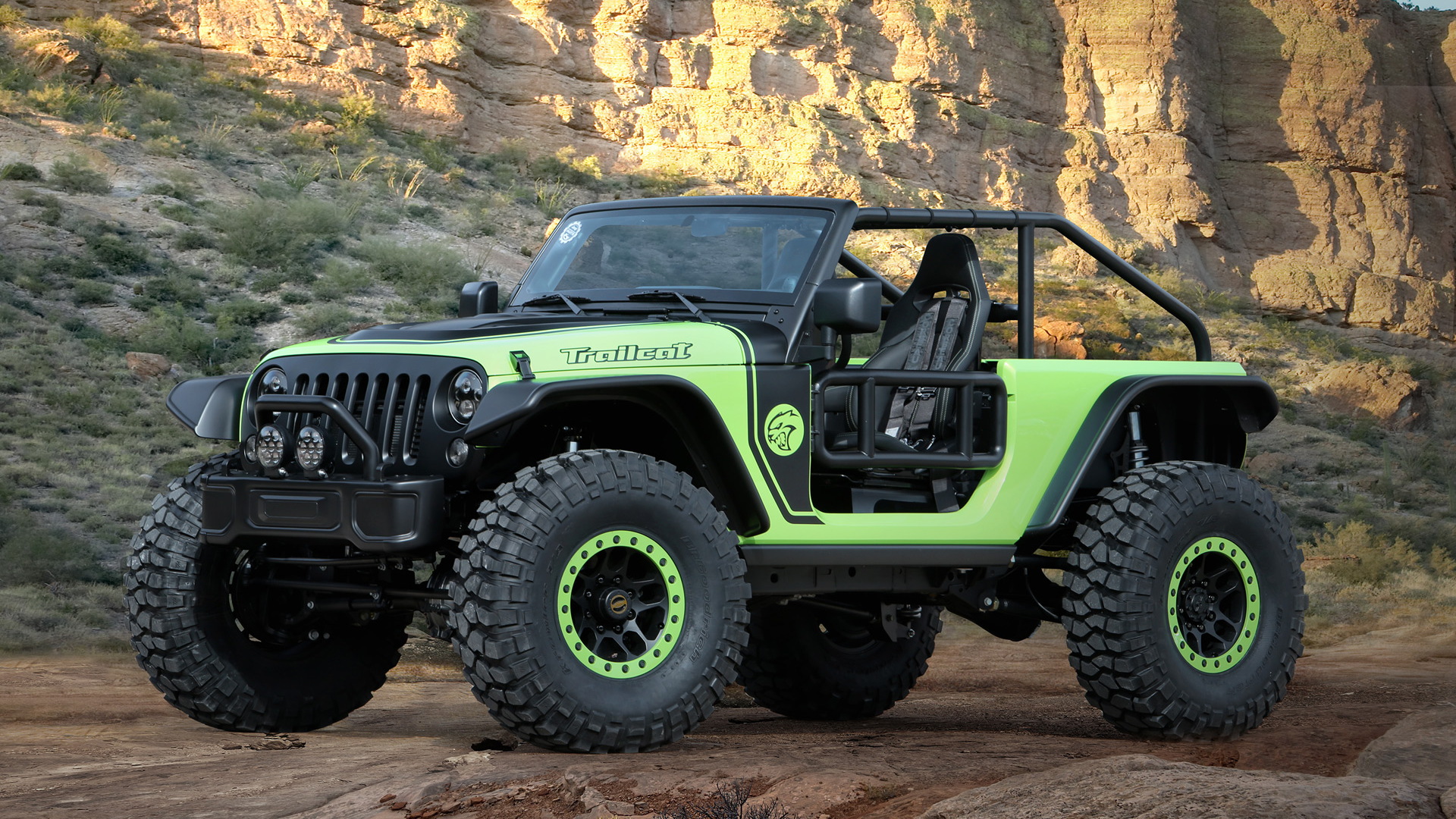 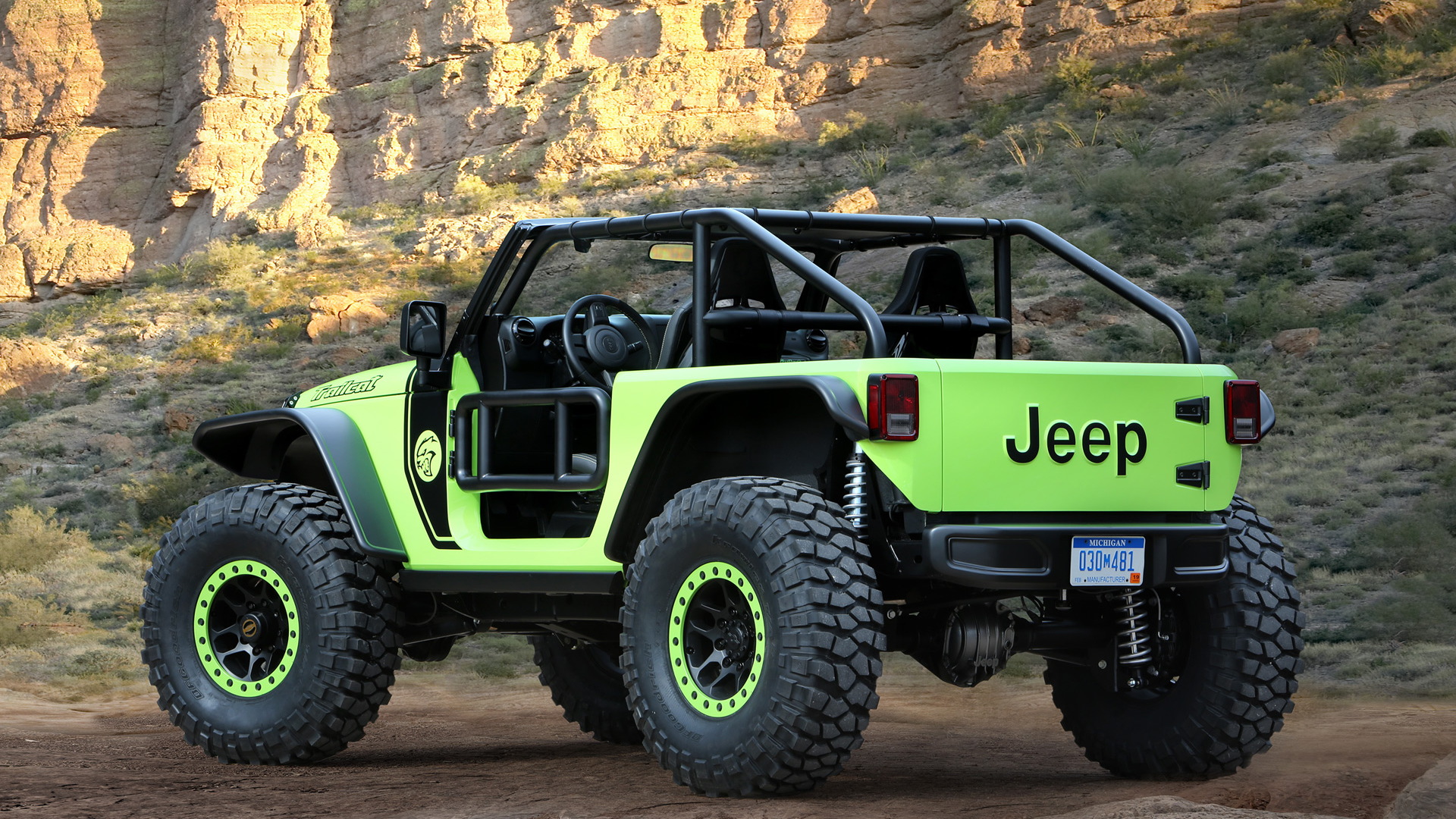 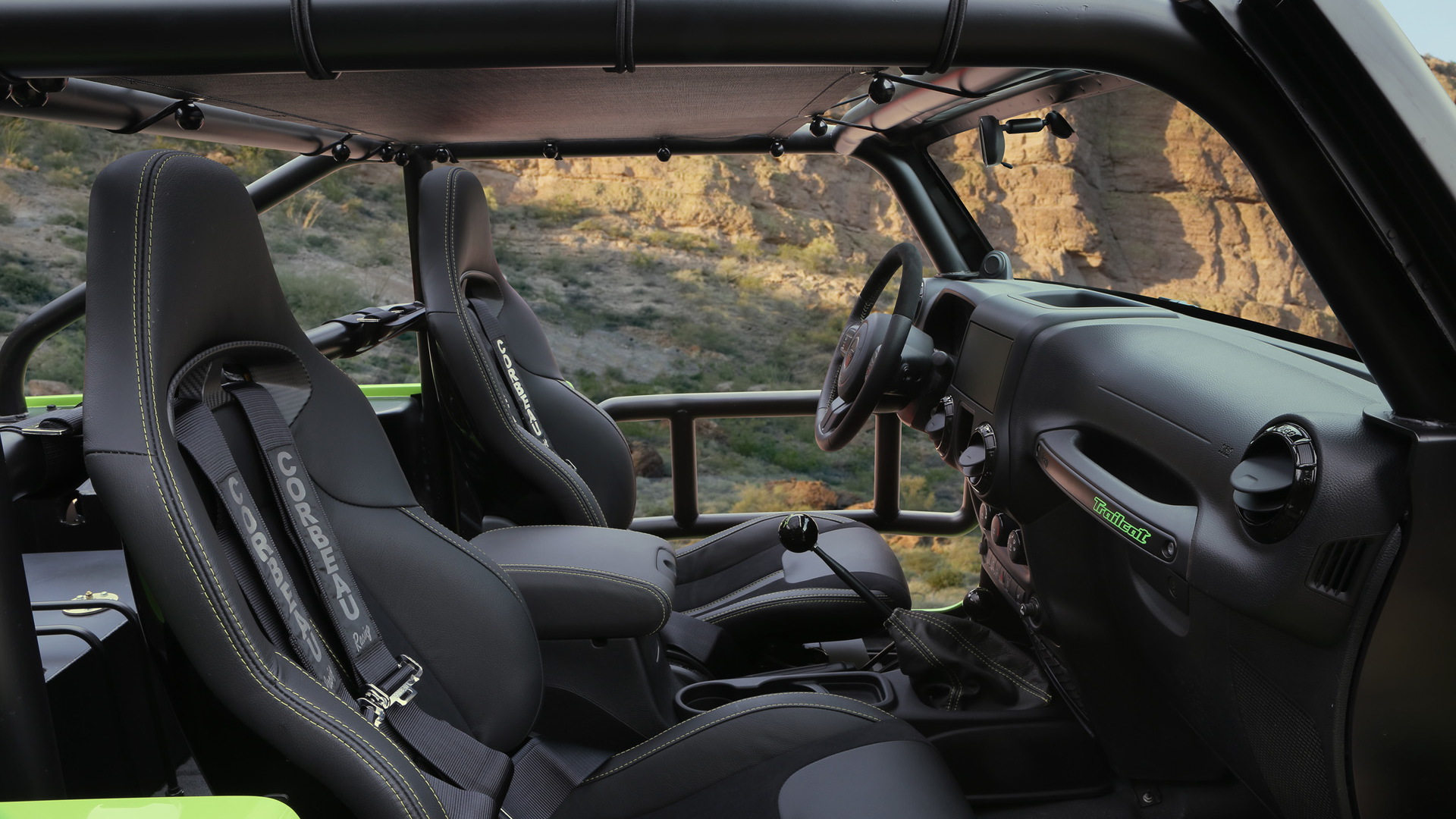 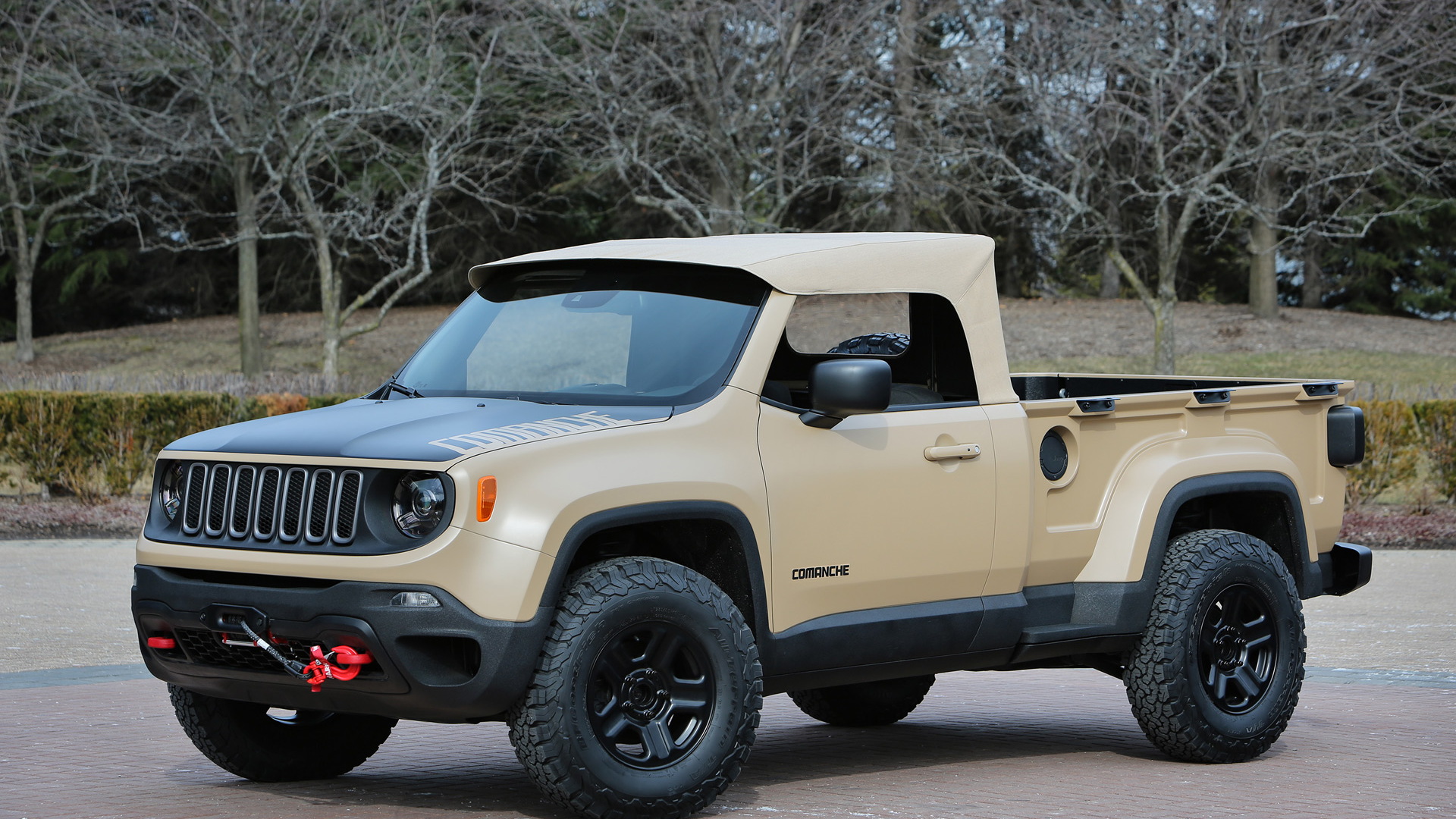 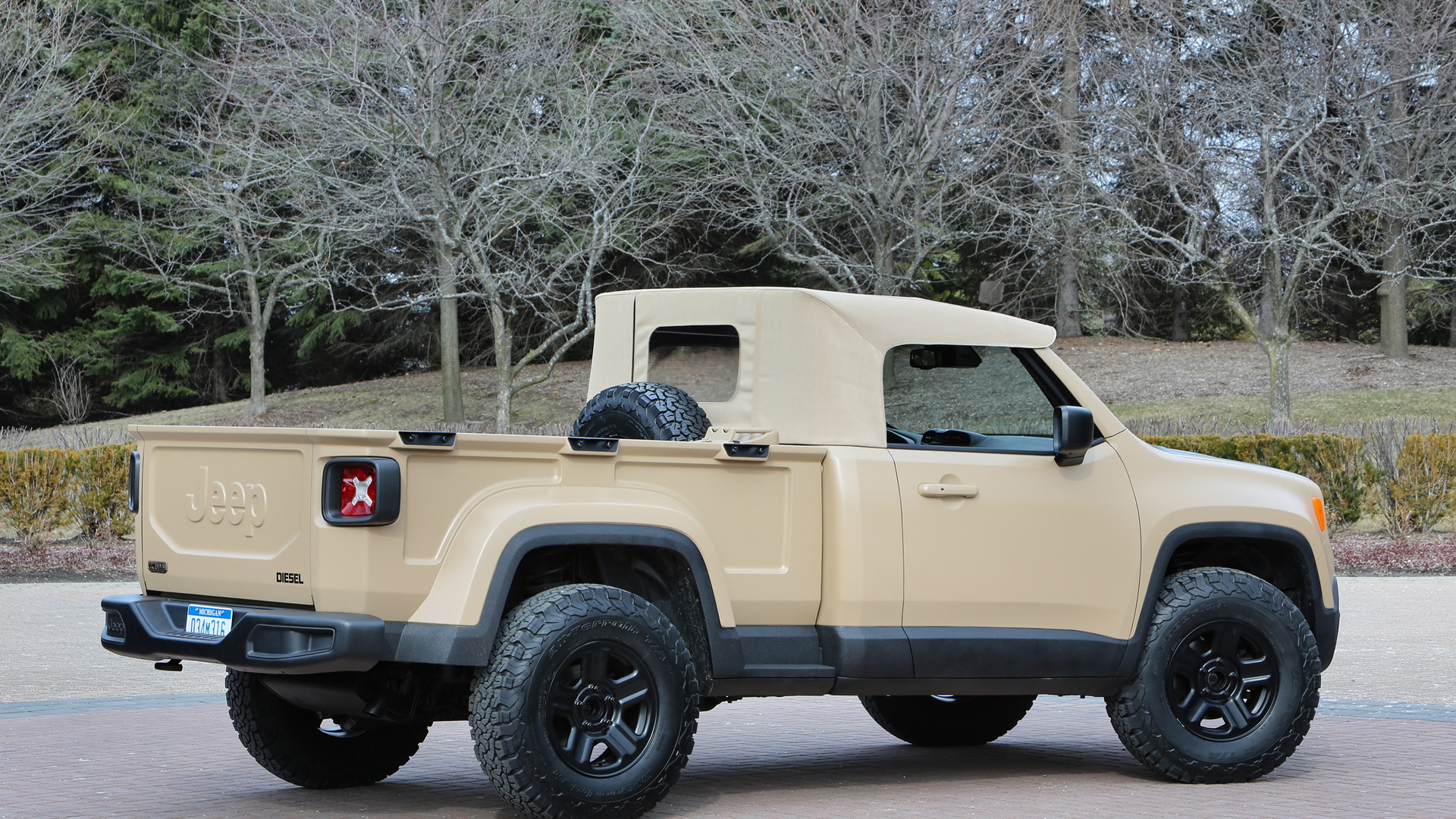 The Easter Jeep Safari which takes place annually in Moab, Utah is on this month and this year's meet is expected to be the biggest on record.

That’s because 2016 marks the event’s 50th anniversary (it’s also Jeep’s 75th year) and to celebrate Jeep has built a total of seven concepts, one of which is a Wrangler powered by the supercharged 6.2-liter V-8 we all know as the Hellcat.

The seven concepts include both heritage-inspired designs plus some based on the latest production models, and all were built by a team of passionate engineers and designers that have been building similar concepts since 2002. Many of the parts used are already on offer through the Mopar catalog and some are prototype parts being evaluated for production.

The highlight is the Jeep Trailcat, which is the Hellcat-powered Wrangler.  To get the 707-horsepower Hellcat engine into the Wrangler, designers stretched the wheelbase an additional 12 inches while chopping the windshield 2.0 in for a sleeker look. For off-roading, there are steel front and rear bumpers, 17-in beadlock wheels, 39.5-in BF-Goodrich Krawler T/A KX tires, front and rear Dana 60 axles and Fox shocks.

The Rengade was also a popular base for the building of the concepts. One of the cooler examples was the Jeep Comanche. It’s meant to hint at military Jeeps of the past and features a stretched wheelbase to accommodate a 5.0-foot bed, along with a 2.0-in lift kit, 16-in painted wheels, 32-in BF-Goodrich All Terrain T/A tires and a 2.0-liter 4-cylinder diesel engine.

A final concept worth mentioning is the Jeep FC 150. This 1960 Jeep FC 150-based concept is rich with heritage though aided by some modern tech. Underneath its original steel body sits the modified chassis of a 2005 Jeep Wrangler, which now features a Dana 44 front axle, Dana 60 rear axle and 17-in white steel wheels wrapped in 33-in BF-Goodrich Mud-Terrain T/A KM2 tires. Power in this baby comes from a 4.0-liter inline-6 sourced from PowerTech.

The 2016 Easter Jeep Safari runs from March 19-27. For concepts from past events, head to our dedicated hub.