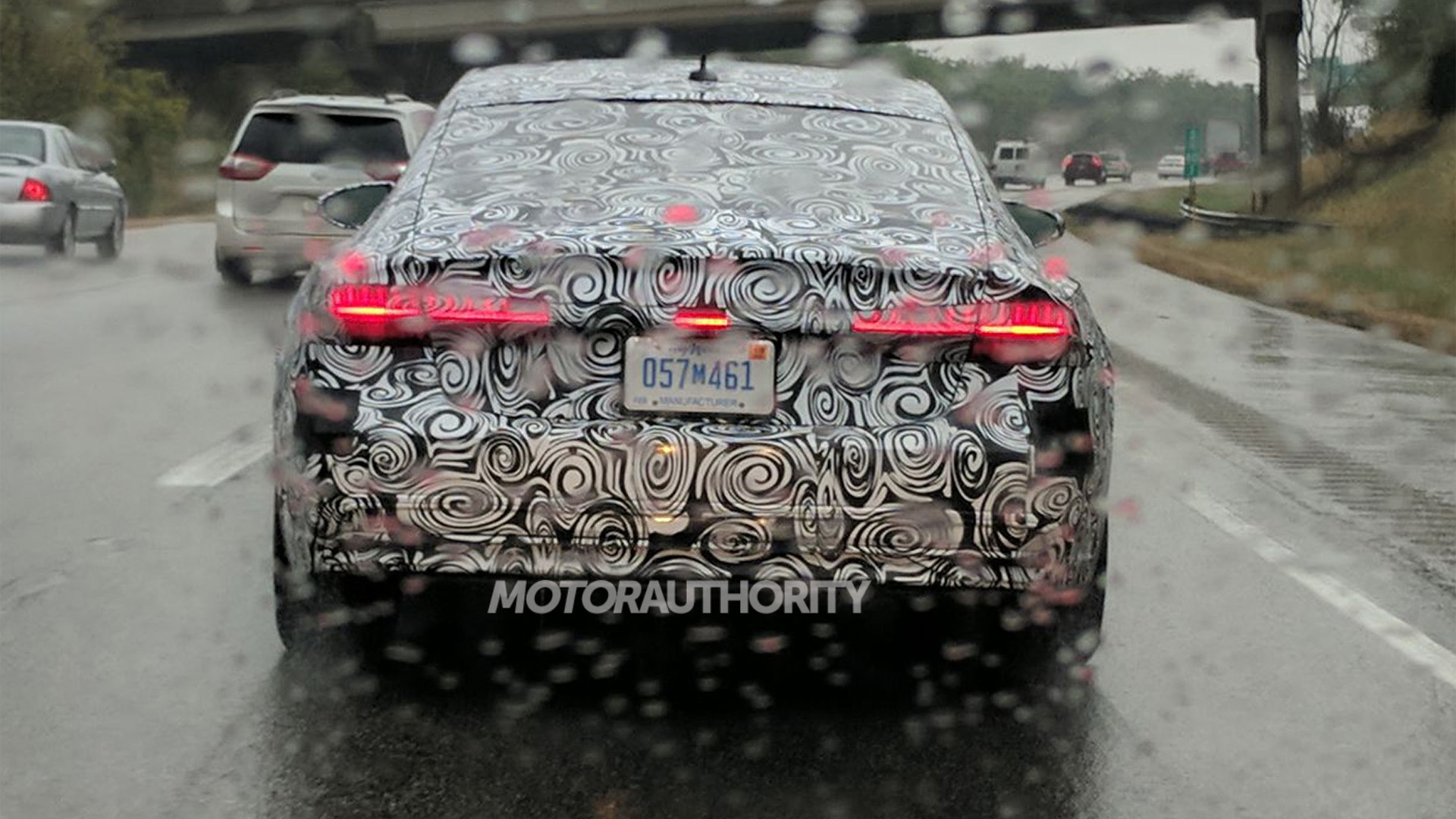 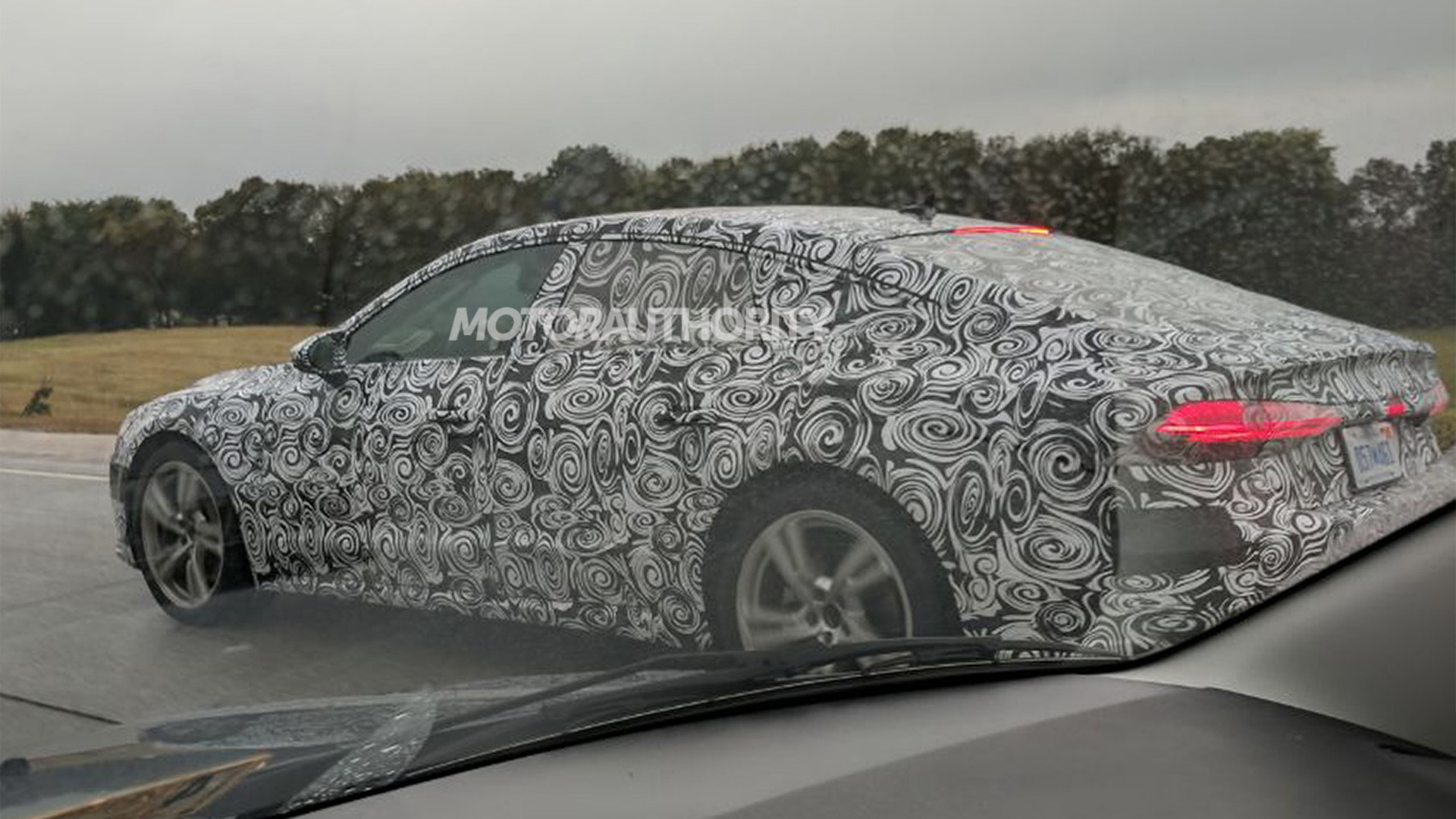 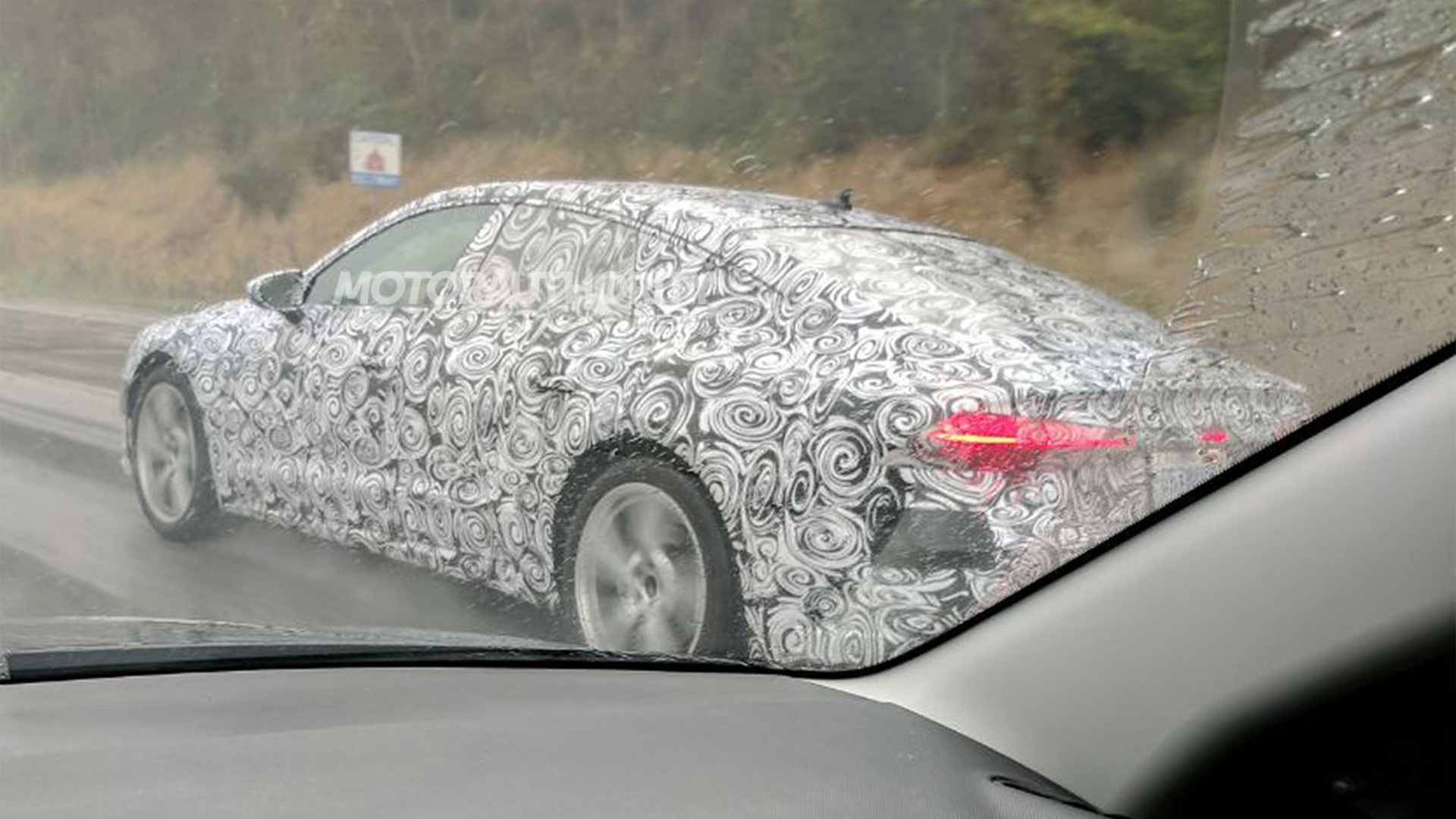 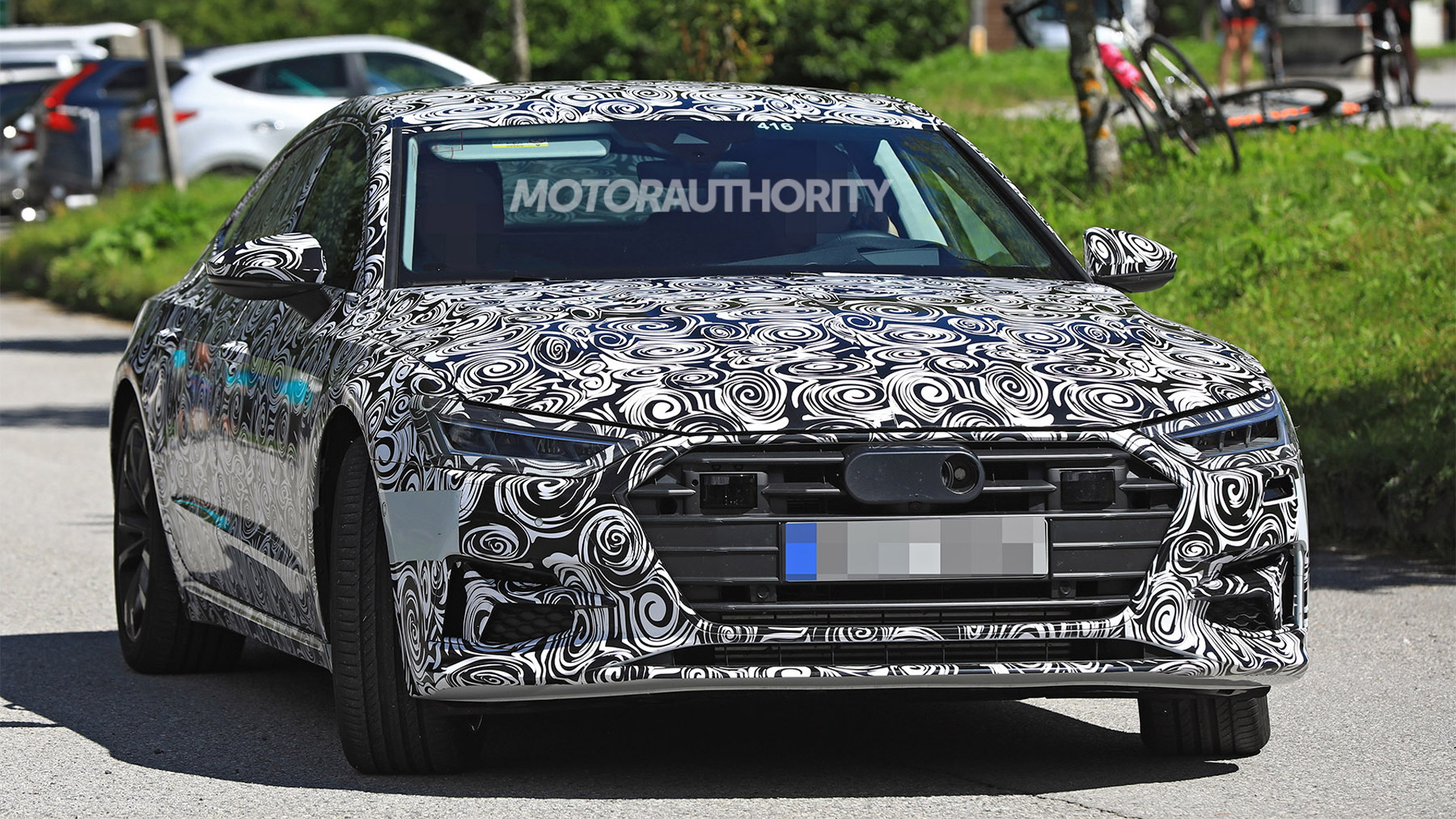 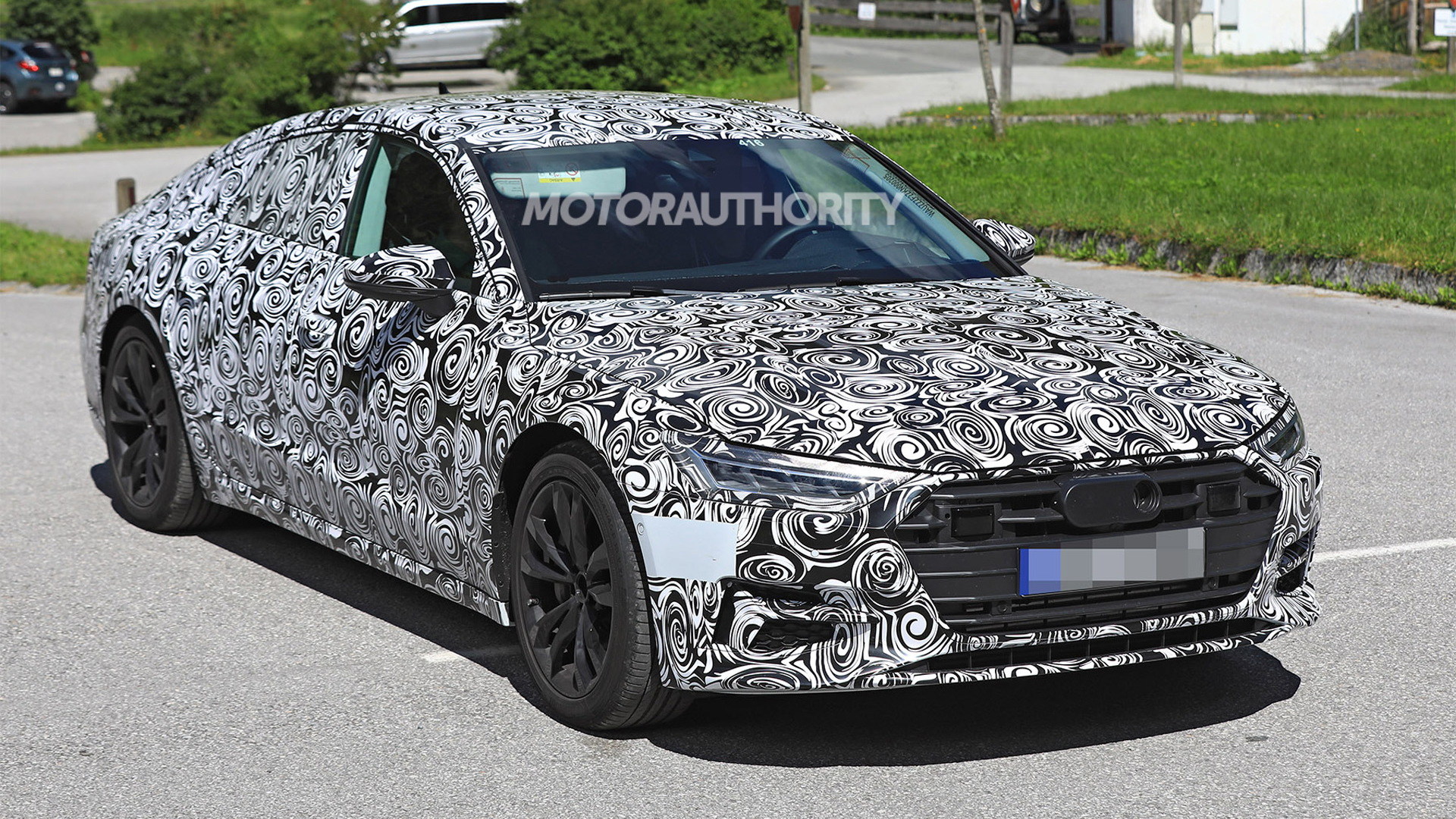 Audi's next-generation A7 has been spotted in prototype form once again.

Though the latest prototype is still heavily masked, we know what to expect due to a recently leaked photo of a scale model. The design was also previewed by Audi’s Prologue concept first unveiled at the 2014 Los Angeles Auto Show.

Responsible for the look is current Audi design boss Marc Lichte. His aim with the next-gen A7 is to inject greater visual differentiation between the car and the mechanically-similar next-generation A6.

The recently redesigned A8 is the first model designed under Lichte’s supervision. It goes on sale in 2018, as a 2019 model. Arriving shortly after will be redesigned versions of the A6 and A7. We hear the A7 will be shown later this year.

All the cars will feature an imposing, hexagonal-shaped grille and chiseled surfaces. On the A7, the character lines remain just as intense as you move towards the rear where a Kammback tail, just like on the current A7, can be found. We can also see a partially extended rear wing that normally will sit flush with the bodywork.

The platform underpinning the car is the Volkswagen Group’s MLB design which made its debut in the 2017 Q7. The new platform promises a significant reduction in weight as well as compatibility with more alternative powertrains.

The base engine should be a 2.0-liter turbocharged inline-4 delivering 252 horsepower and 273 pound-feet of torque. This unit made its debut in the 2017 A4. A plug-in hybrid A7 is also planned. Audi has also hinted at a fuel cell-equipped A7, though this model is now looking unlikely given the Volkswagen Group’s focus on battery-powered electric cars.

The good news is that we’ll also see sporty S7 and RS 7 models, most likely powered by turbocharged V-6 and V-8 engines, respectively. Prototypes for the S7 are testing alongside the A7, one of which is featured in the above video.

There will also be loads of new technologies to aid the driver. One of these will be a self-driving mode that can handle parking situations as well as driving in traffic at speeds of up to 37 mph. The system, known as Audi AI, has already appeared on the redesigned A8.