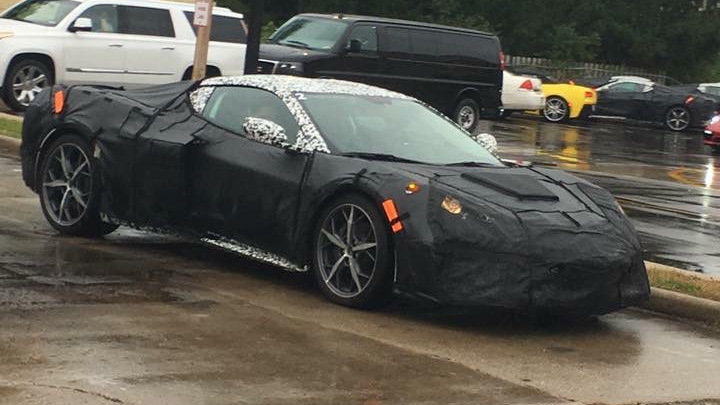 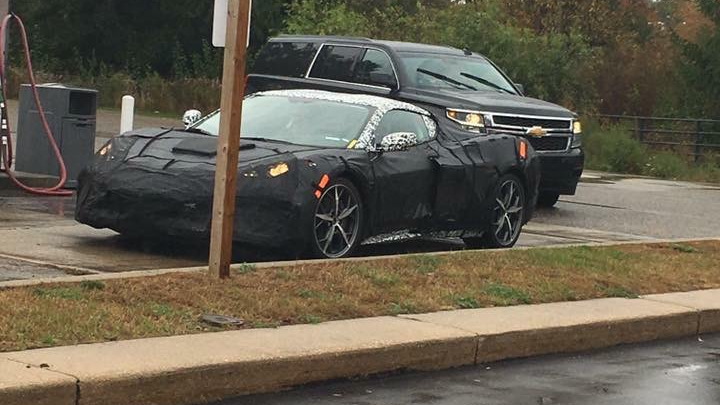 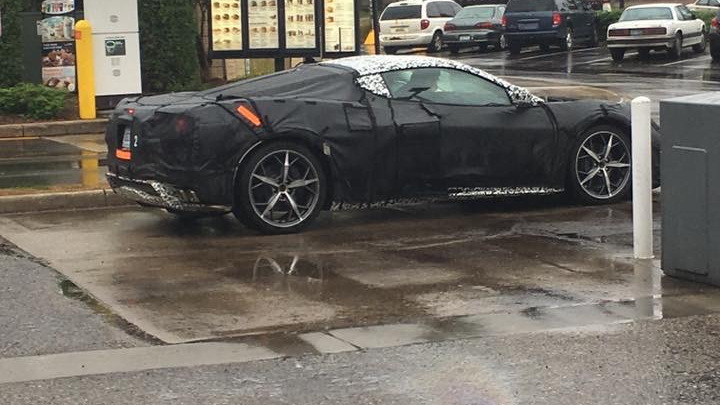 The mid-engine Chevrolet Corvette has been the stuff of myth and legends for decades, but this year, it's spun perilously close to reality.

We've spied it undergoing cold-weather testing, and playing on the track.

Now a prototype's been caught on public roads–at a McDonald's in Cadillac, Michigan.

These photos, posted to a private Facebook group by Josh B., show what appears to be a mid-engine Chevrolet Corvette, likely on its way to disappointment as it wends through the drive-thru lane.

The car matches spy shots we've shown you before, with less camouflage. The car in these shots has what appear to be production-spec wheels.

Like other prototypes of the on-again, off-again mid-engined Corvette, these cars appear to be similar in size to the current C7.

They differ in key ways. This car has a slightly lower, wider stance. The headlights (or at least the marker lights) stretch deeply into the fenders. The car appears to have ducts that could direct air into the rear fender area to cool the mid-engine setup. At the rear, this car seems to have quad exhausts, and a deep diffuser.

We'll update you as we find out more about the mid-engine Corvette–it should make its debut after the new Corvette ZR1–or when Shamrock Shake season begins anew, whichever comes first.