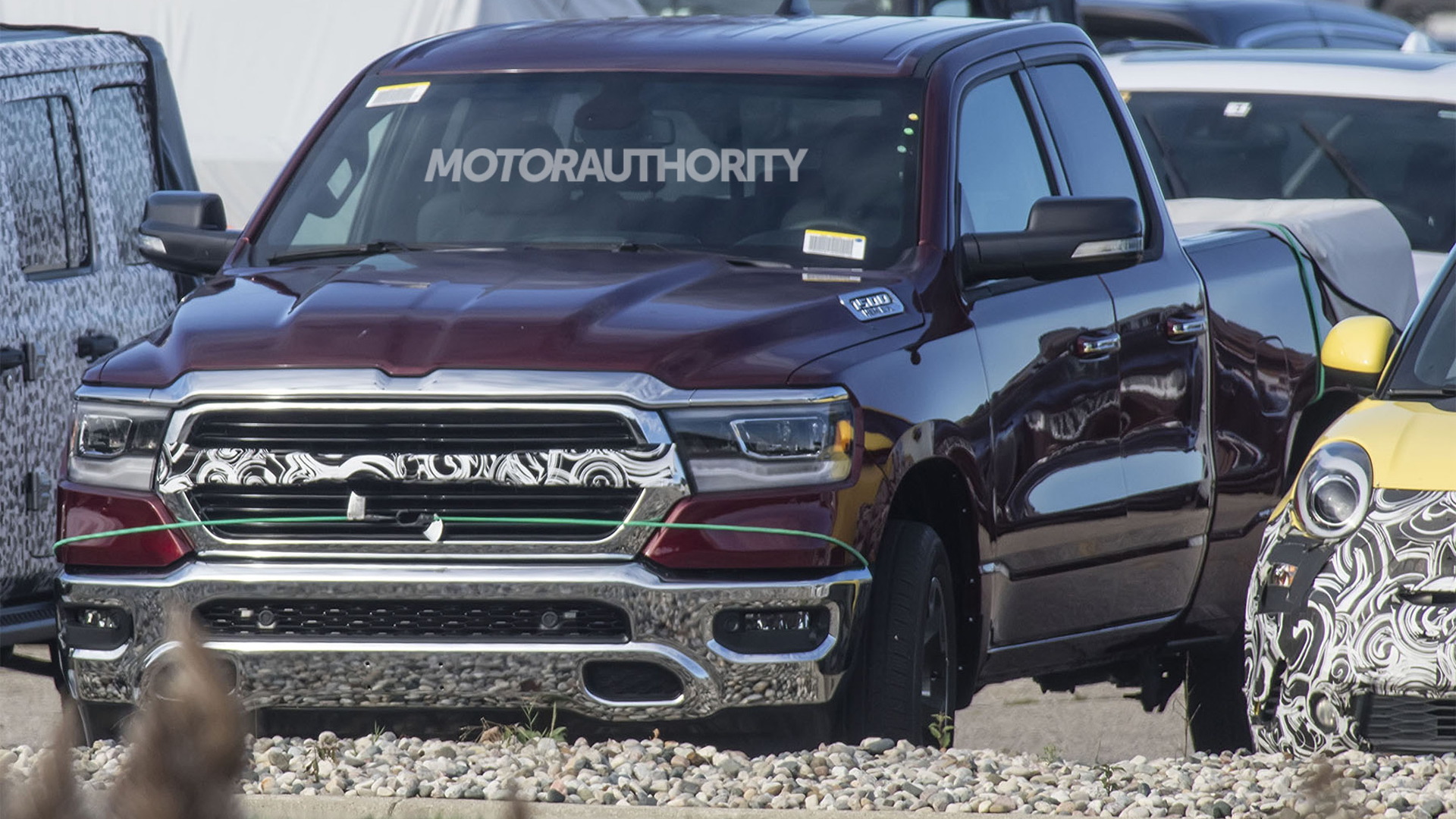 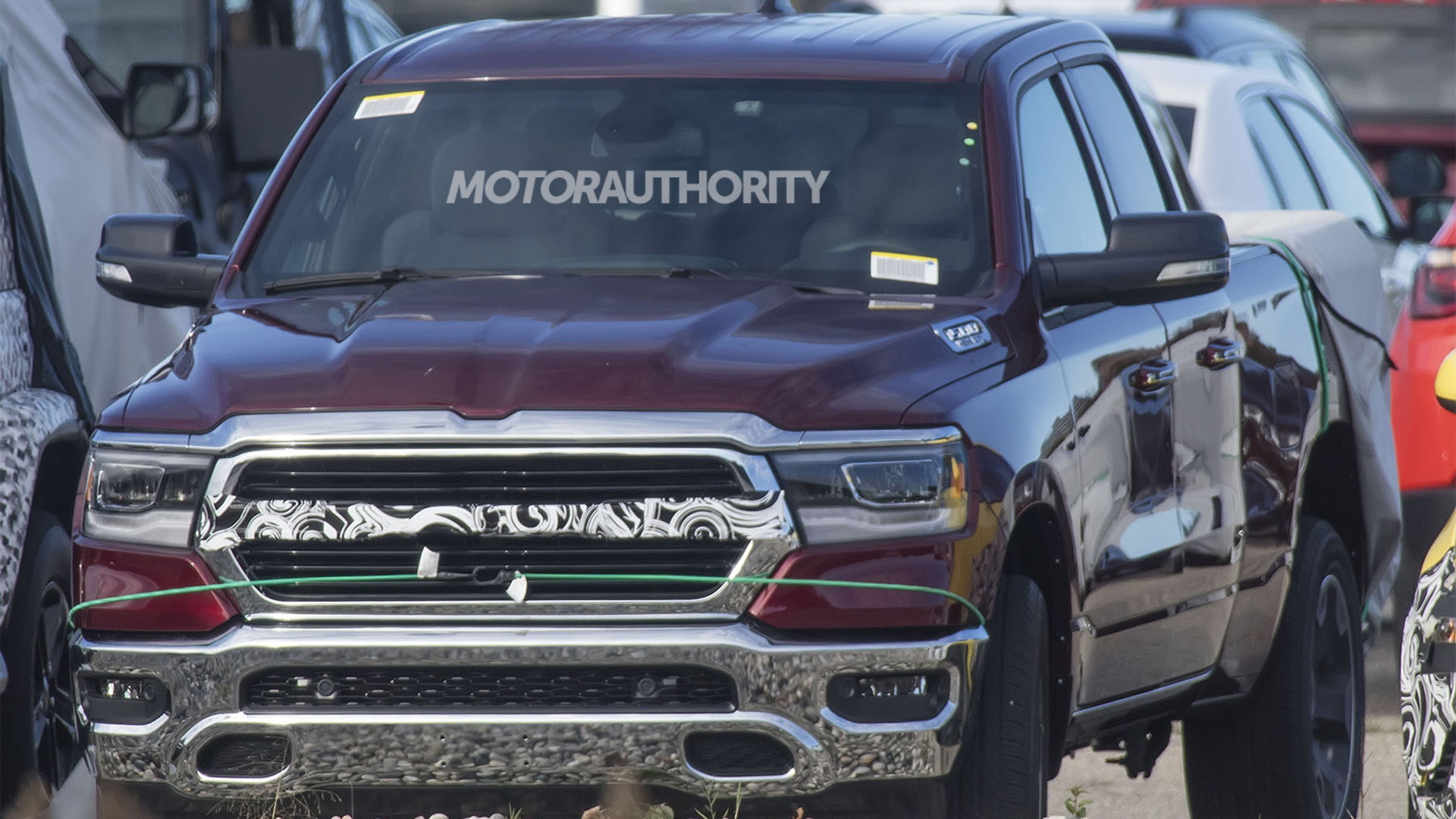 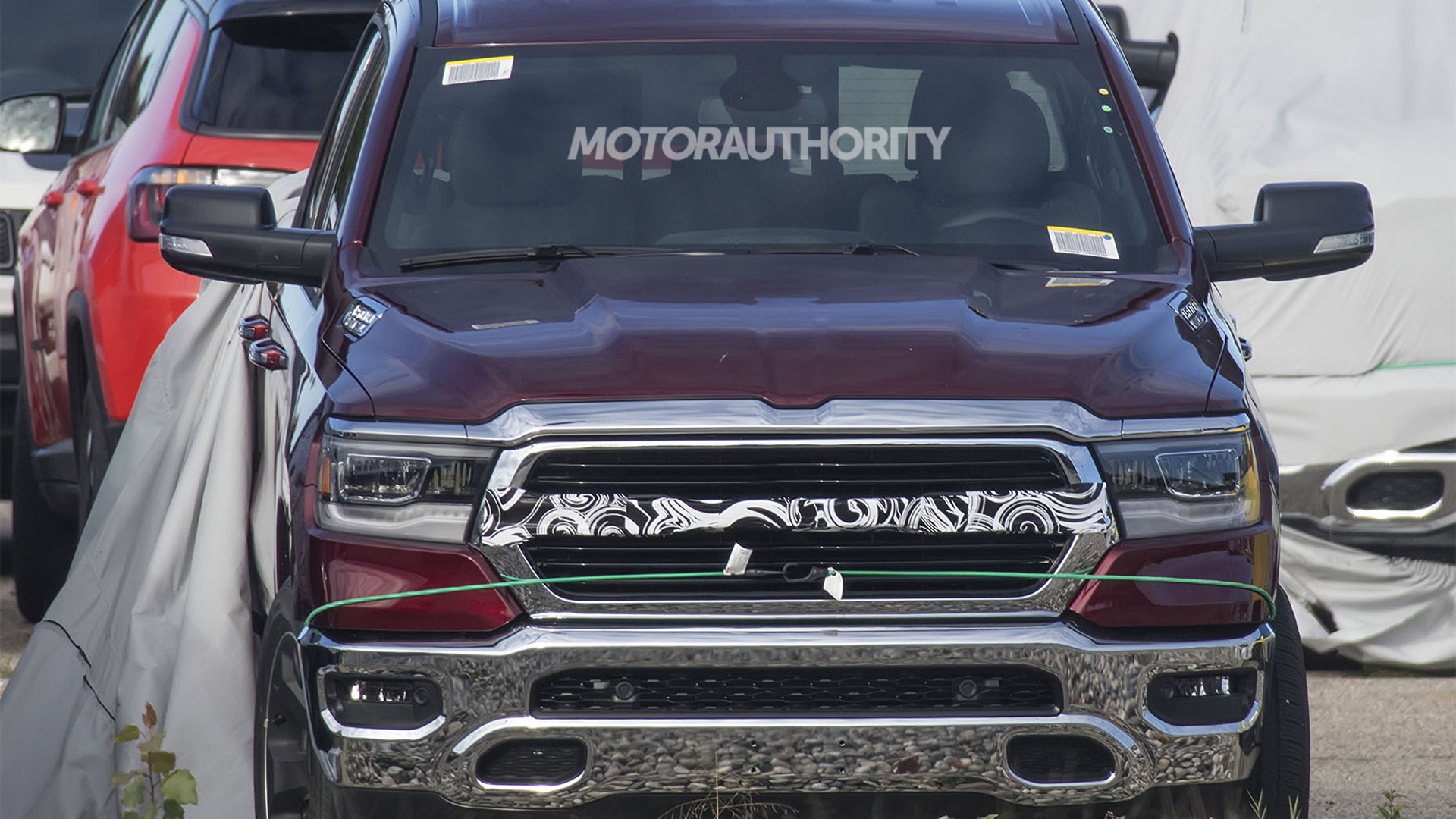 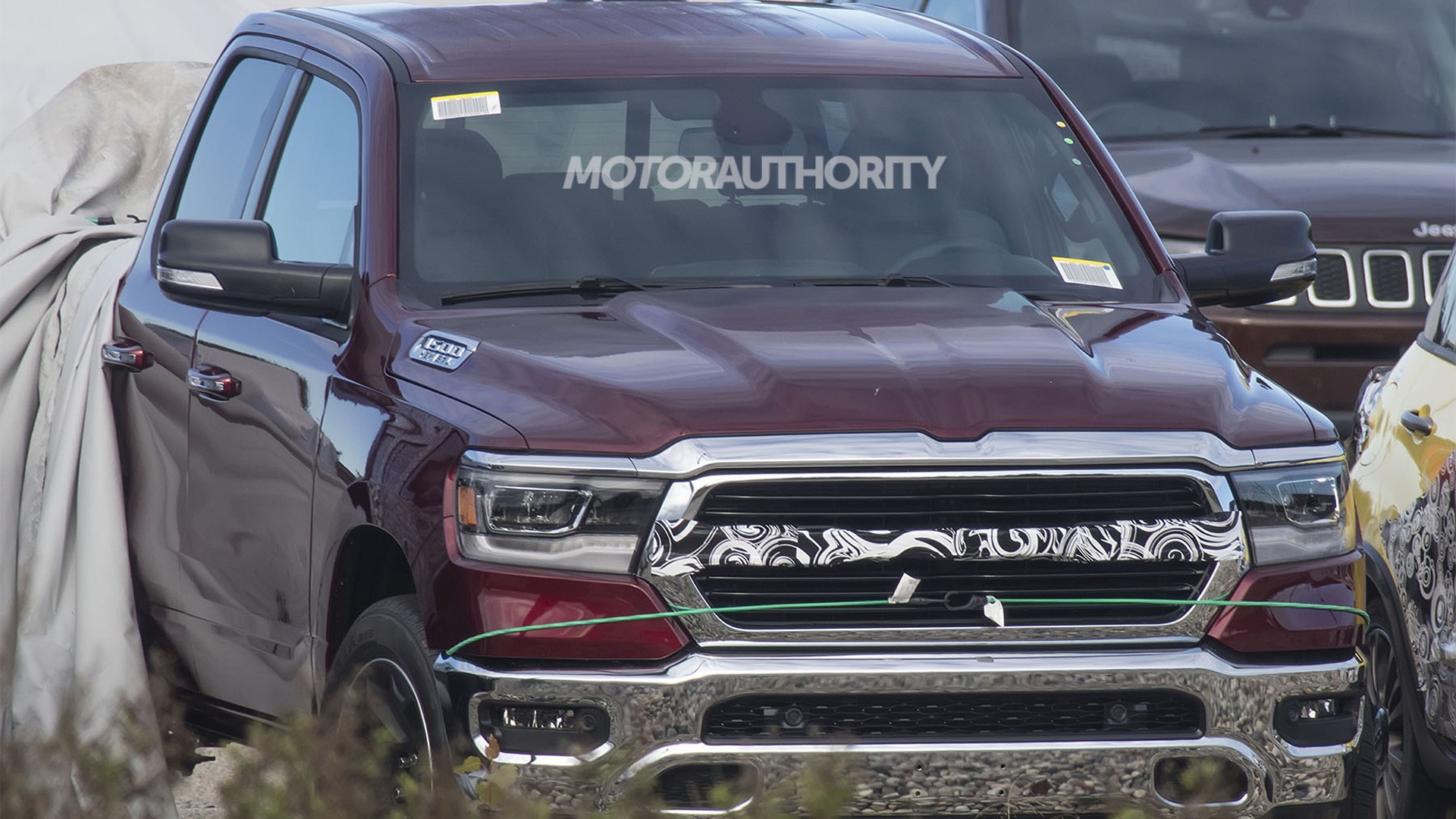 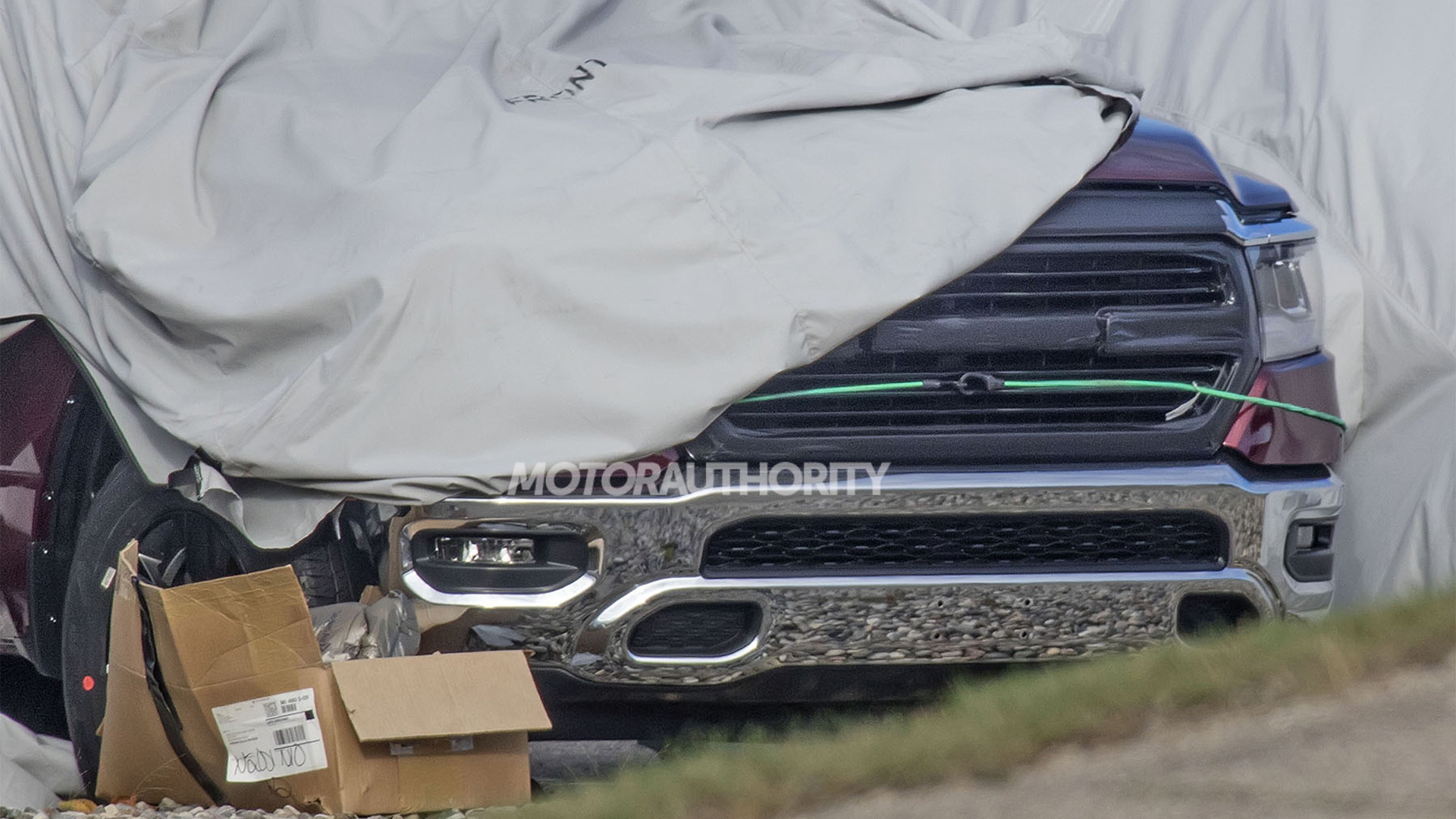 The next generation of the full-size pickup truck, code-named the DT, will debut in early 2018 (January's Detroit auto show most likely) and bring with it a more modern face. The cross hair grille is intact, although it's been slimmed down. In addition, the headlights feature a squarer shape and look to feature some new LED elements. The hood now sports the powertrain designation and is more chiseled than on today’s model, a theme that continues on the rest of the body.

In the cabin, Ram has gone with a familiar layout though there’s a large display screen at the top of the center stack and large rotary dials sitting below this. The vehicle also retains a rotary dial controller for the transmission, likely an 8-speed automatic. Judging by the size of the cab on some of the prototypes, it also looks like Ram will be offering its Mega Cab option on the redesigned 1500.

In the powertrain department, expect to see the familiar 3.6-liter V-6 and 5.7-liter V-8 options, possibly with available turbocharging for the former. And despite Fiat Chrysler Automobiles’ recent diesel woes, we’re still expecting a torquey oil-burner in the next-gen 1500 at some point. More powerful V-8 options are also likely, including in a possible Ford F-150 Raptor rival, and we hear that mild-hybrid technology is also being looked at. 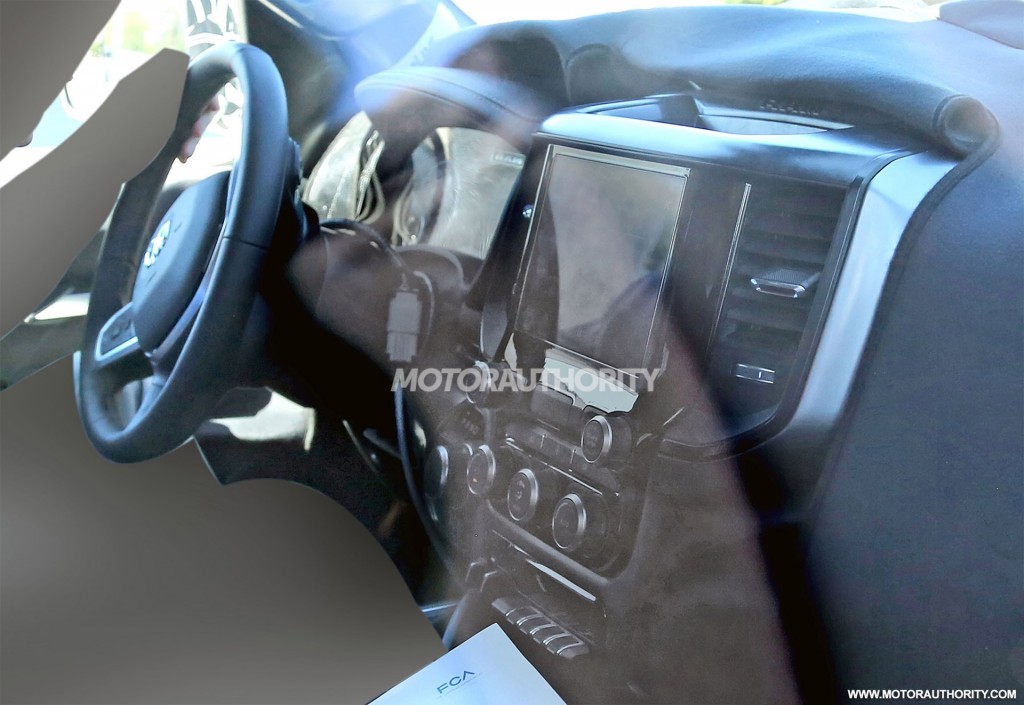 Underpinning the vehicle is a new body-on-frame platform. And the body will be mostly steel but incorporate some lighter materials, namely aluminum, at some sections to save weight.

Pickup truck sales have been one of the bright spots for FCA in 2017, so the redesigned 1500 is a vehicle whose launch must go smoothly. Sales of Ram trucks are up 5 percent calendar year to date, compared with the same 9-month period in 2016. and the figure is made all the more impressive when you consider that the overall market for new vehicles in the U.S. has shrunk over the same period.

The competition isn't resting, though. By the time the 2019 1500 arrives, it will be facing updated versions of the Chevrolet Silverado 1500 and Ford F-150.

Note, the body-on-frame platform being developed for the redesigned 1500 will also be used for Jeep’s new Wagoneer and Grand Wagoneer. The SUVs were originally due in 2018 but now won’t arrive until 2019 or 2020.