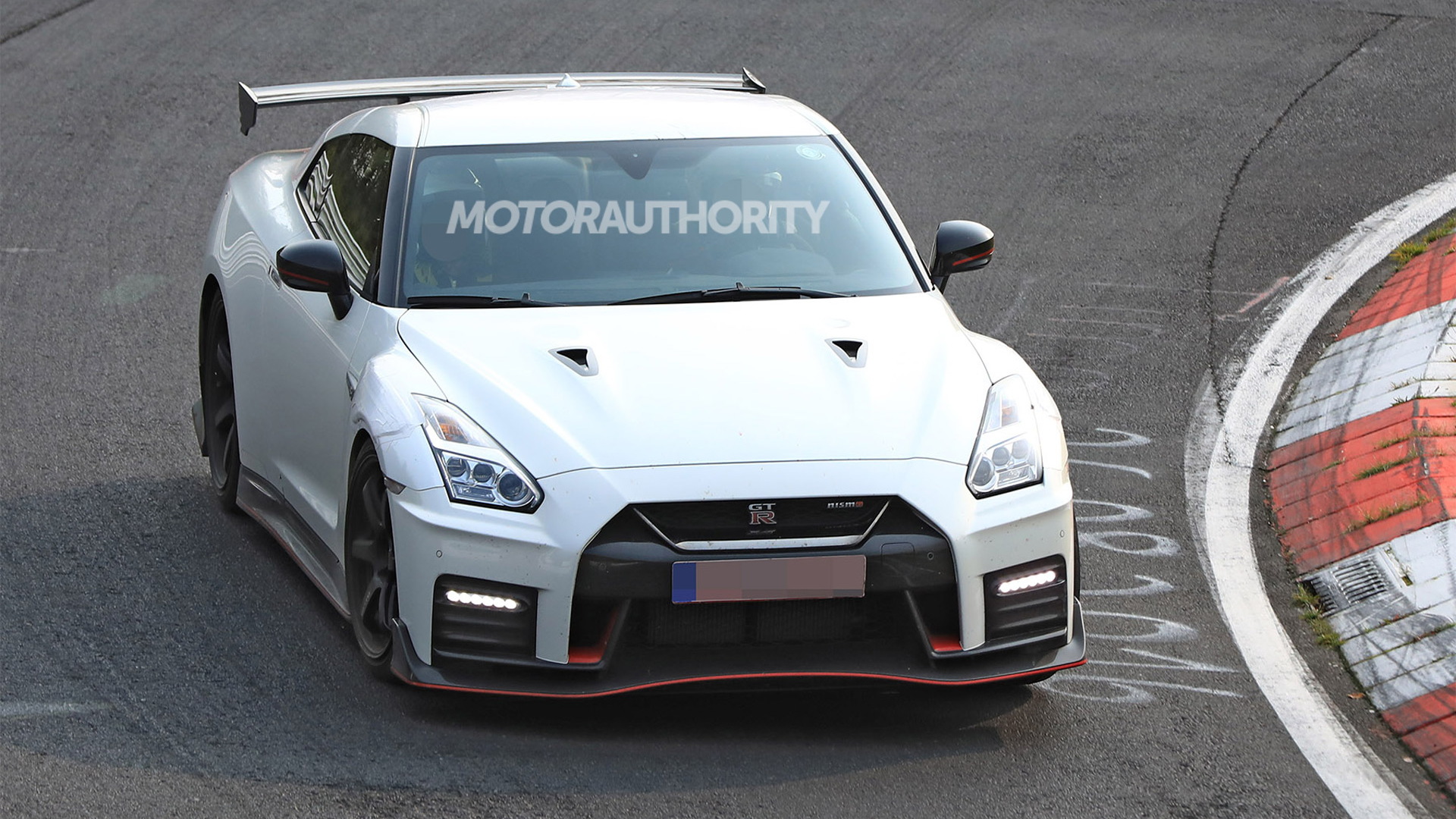 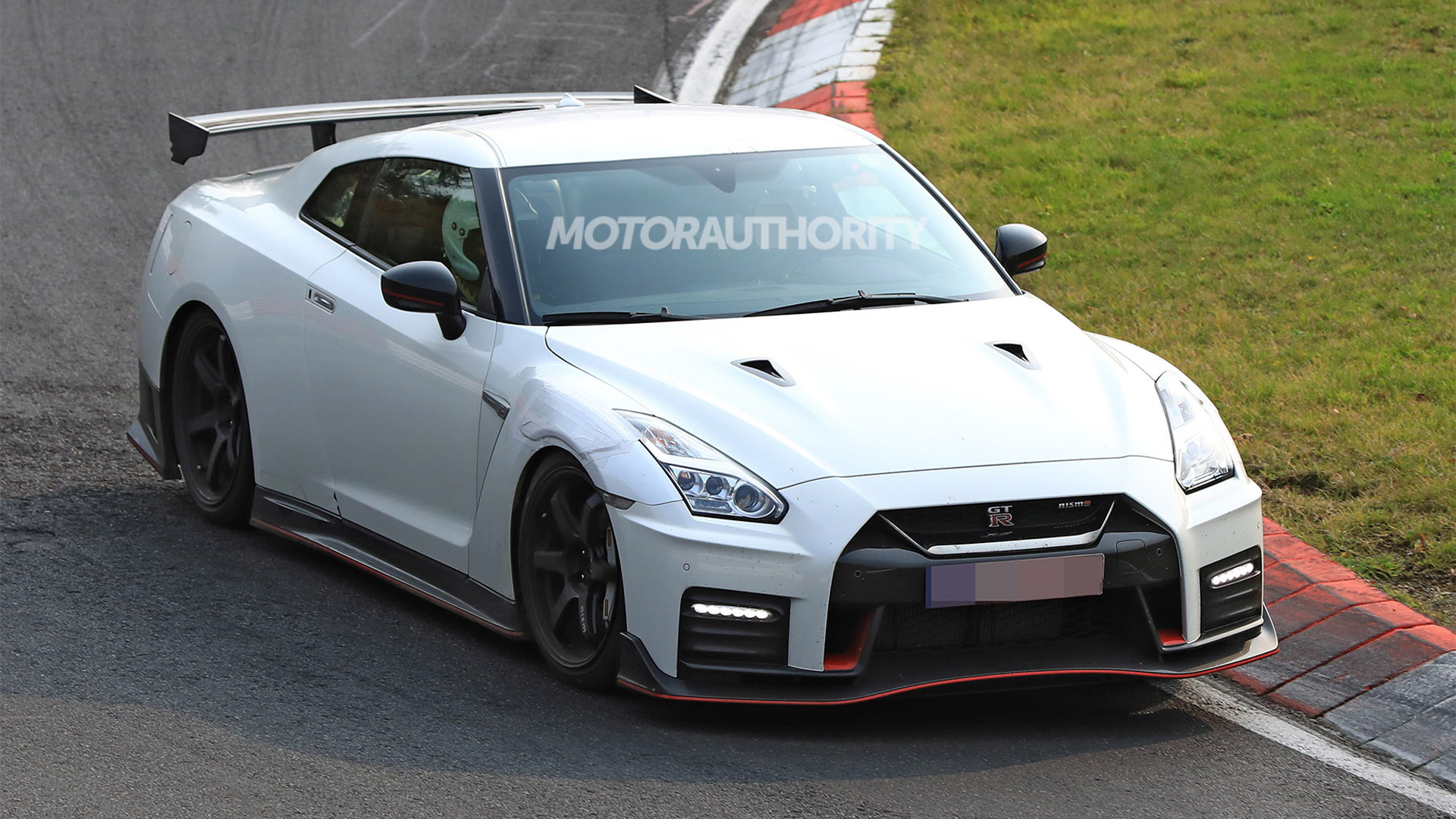 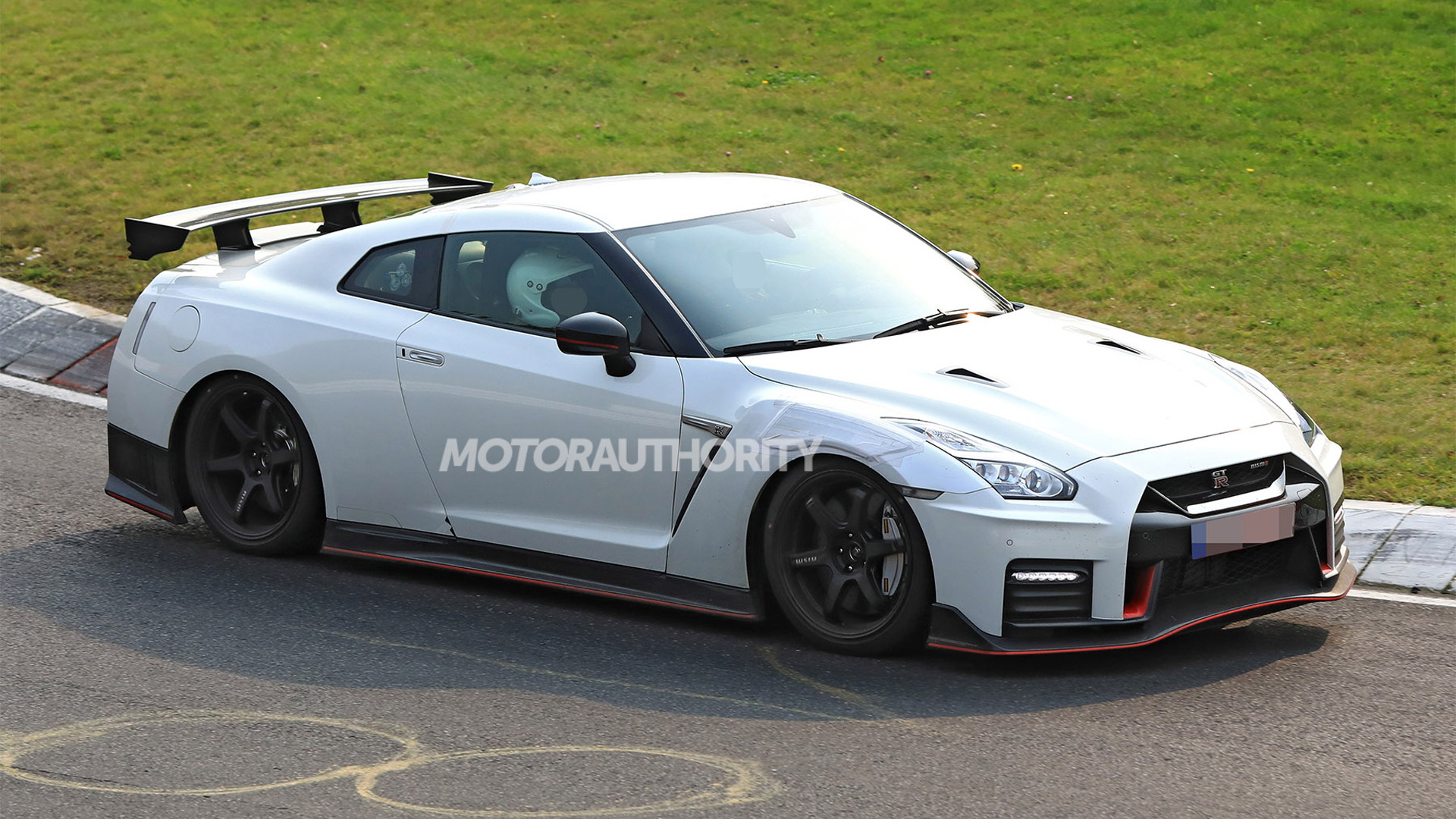 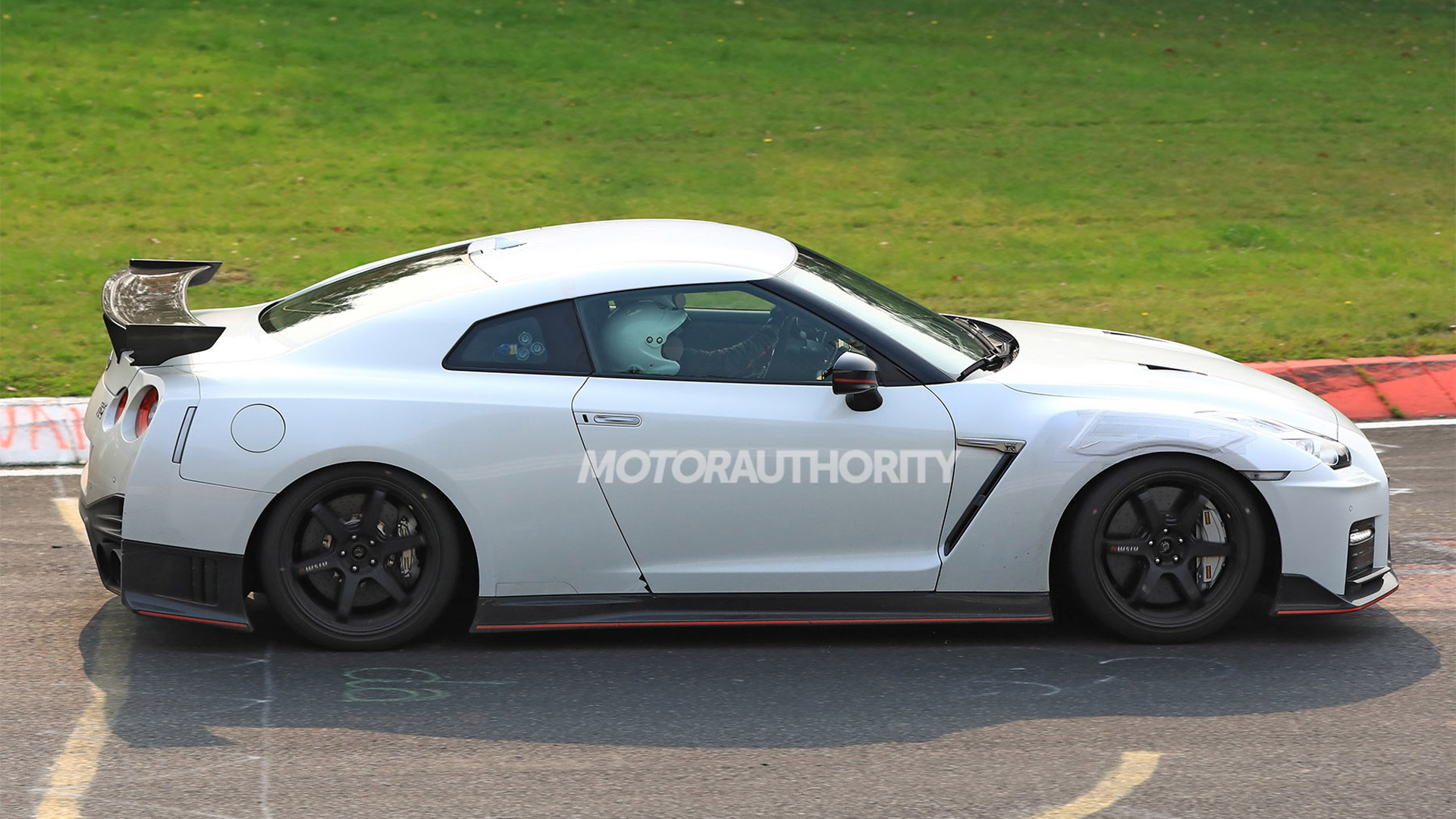 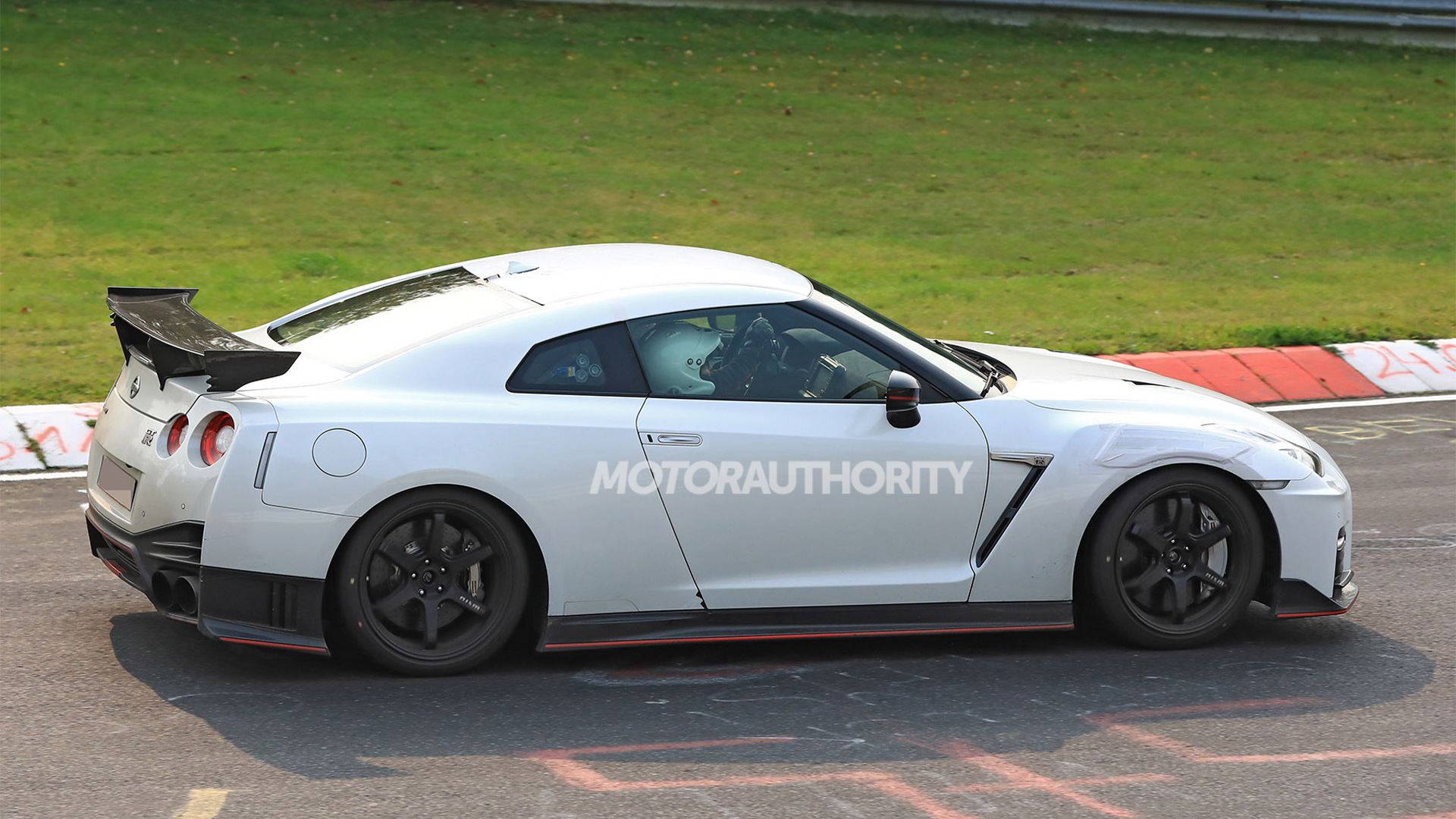 A GT-R, specifically the GT-R Nismo model, was recently spotted running laps at the Nürburgring. On initial inspection it appears to be a bog-standard GT-R Nismo, but if you look a little closer you’ll notice some discernible differences.

On the front fenders, directly above the wheels, is some camouflage gear. This is likely hiding some new fender louvers.

The brake calipers are also new and feature special stickers used for measuring temperatures. The stickers are those little rectangular strips found at either end of the caliper.

These modifications suggest the GT-R Nismo will be getting an upgraded brake package.

There could be more updates, too. The updates made to the GT-R Nismo weren’t as extensive as those made to the standard GT-R when it received a facelift for 2017, as the Nismo model had only been introduced two years prior. Perhaps this was because Nissan was saving the additional updates for its GT-R Nismo for a later model year.

When it debuted, the GT-R Nismo managed a Nürburgring lap time of 7:08.679, still an amazing figure for a sports car. Since then, though, we’ve seen Porsche’s 911 GT2 RS absolutely obliterate the figure with its insane 6:47.3 time.

Don’t be surprised if we get an announcement on the GT-R Nismo at next week’s 2017 Tokyo Motor Show. Stay tuned.