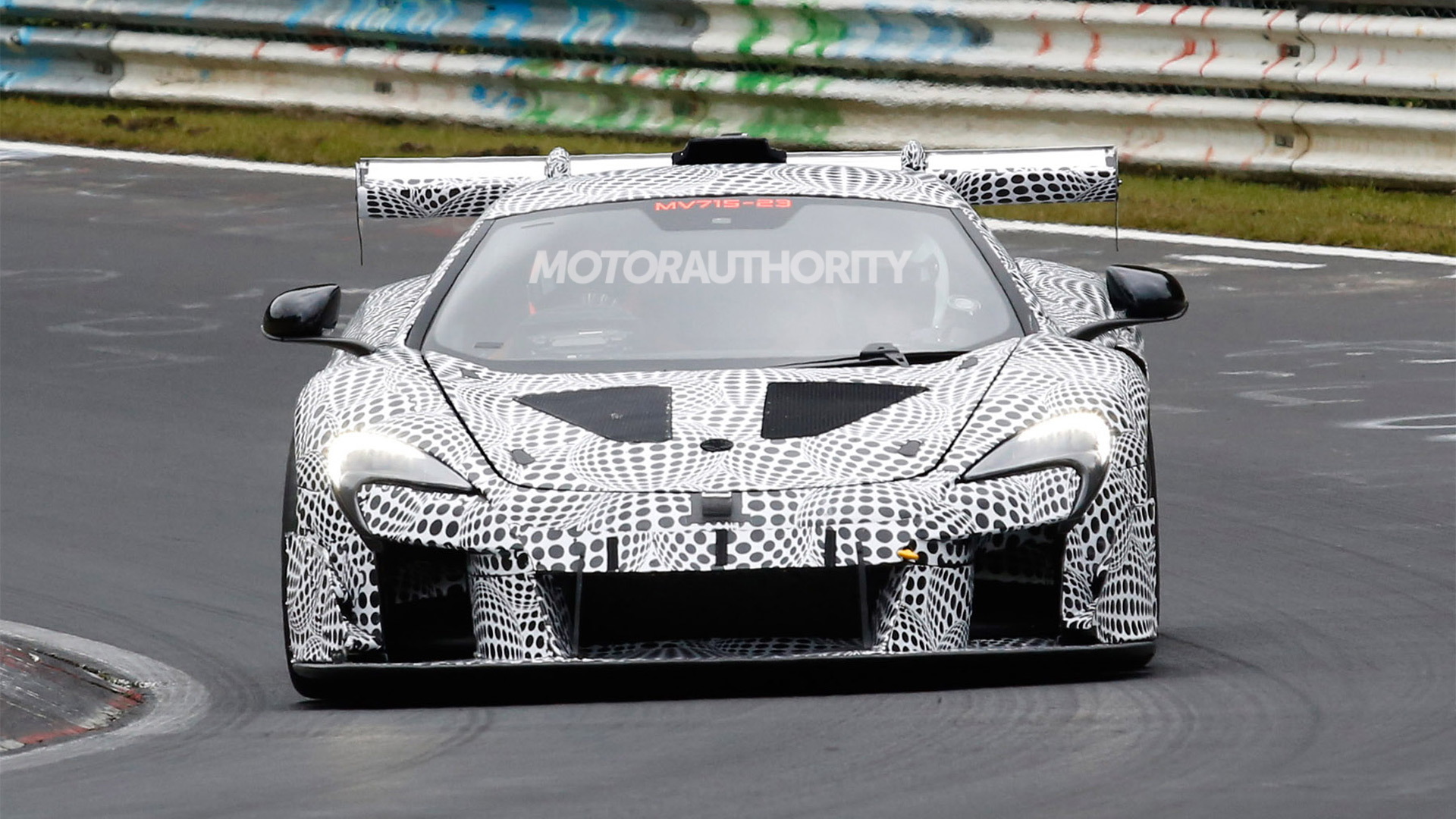 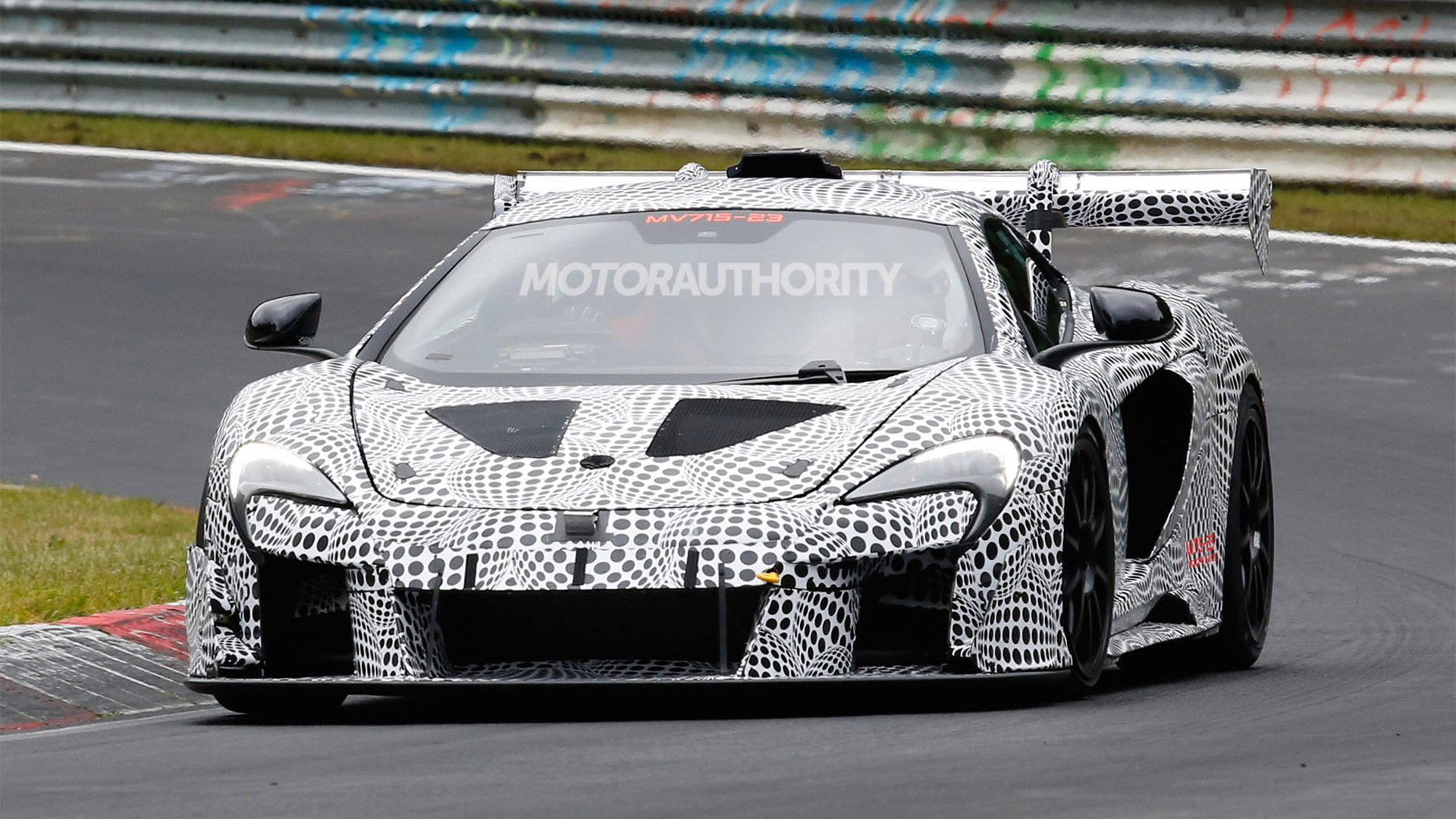 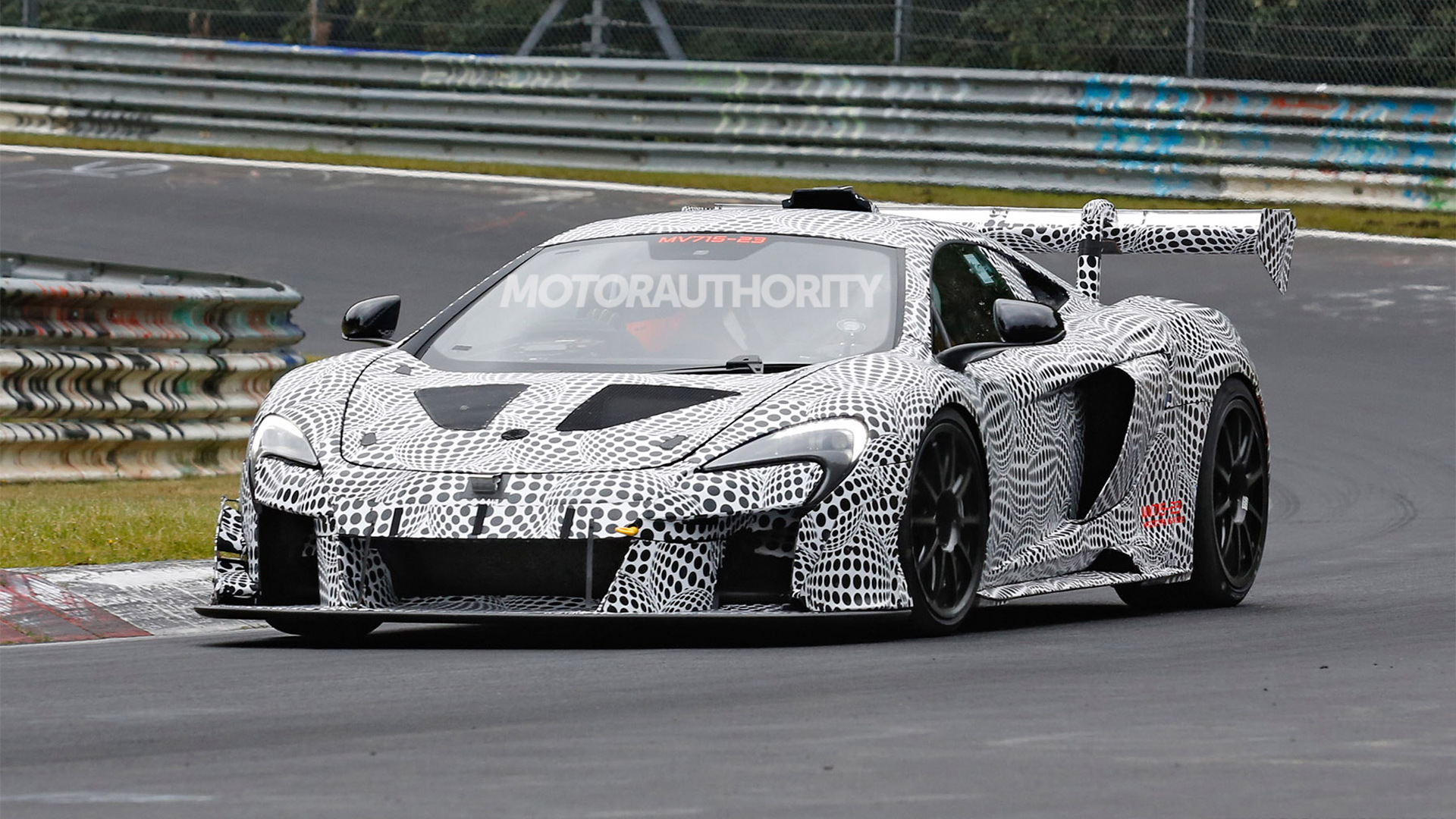 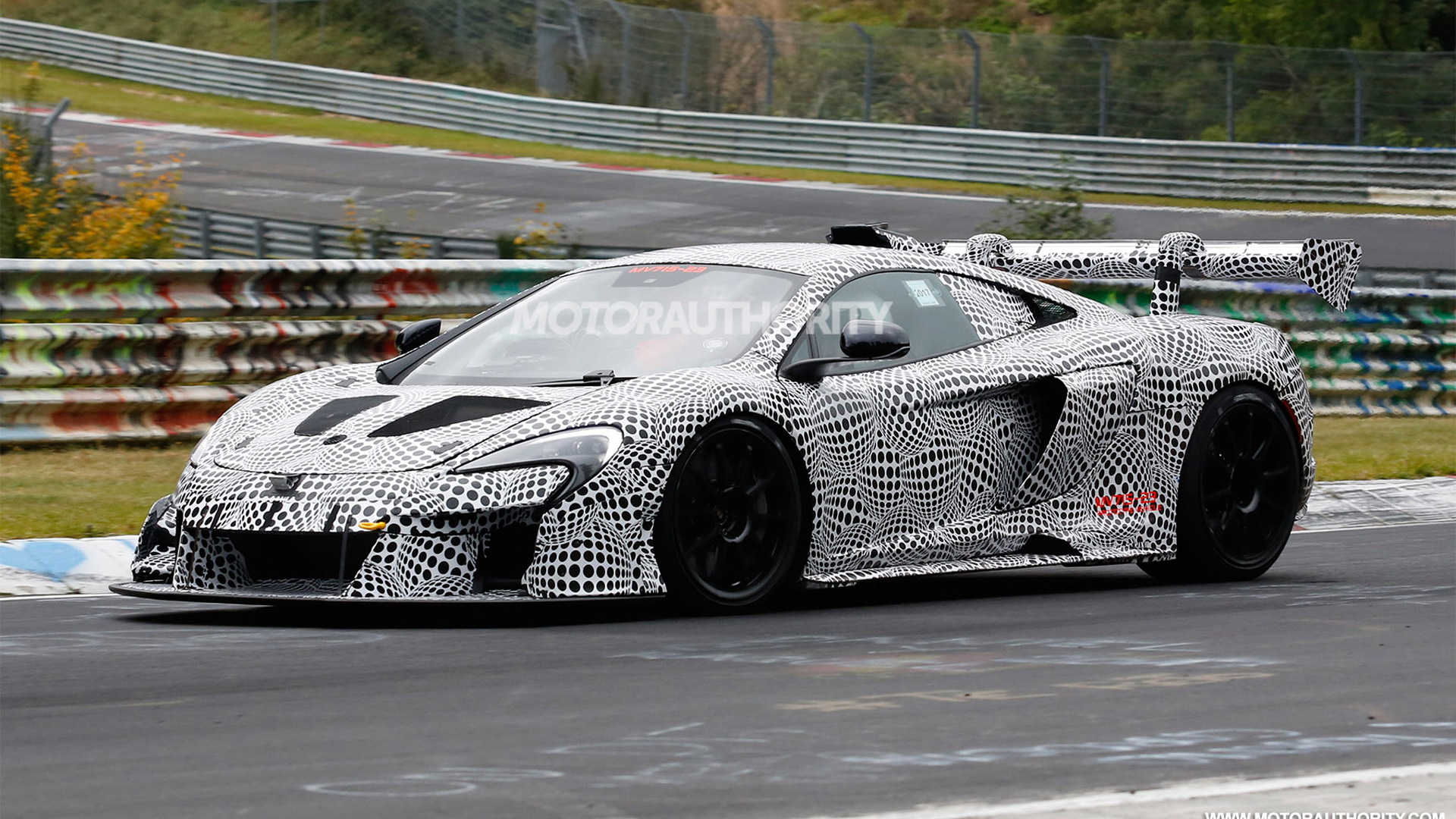 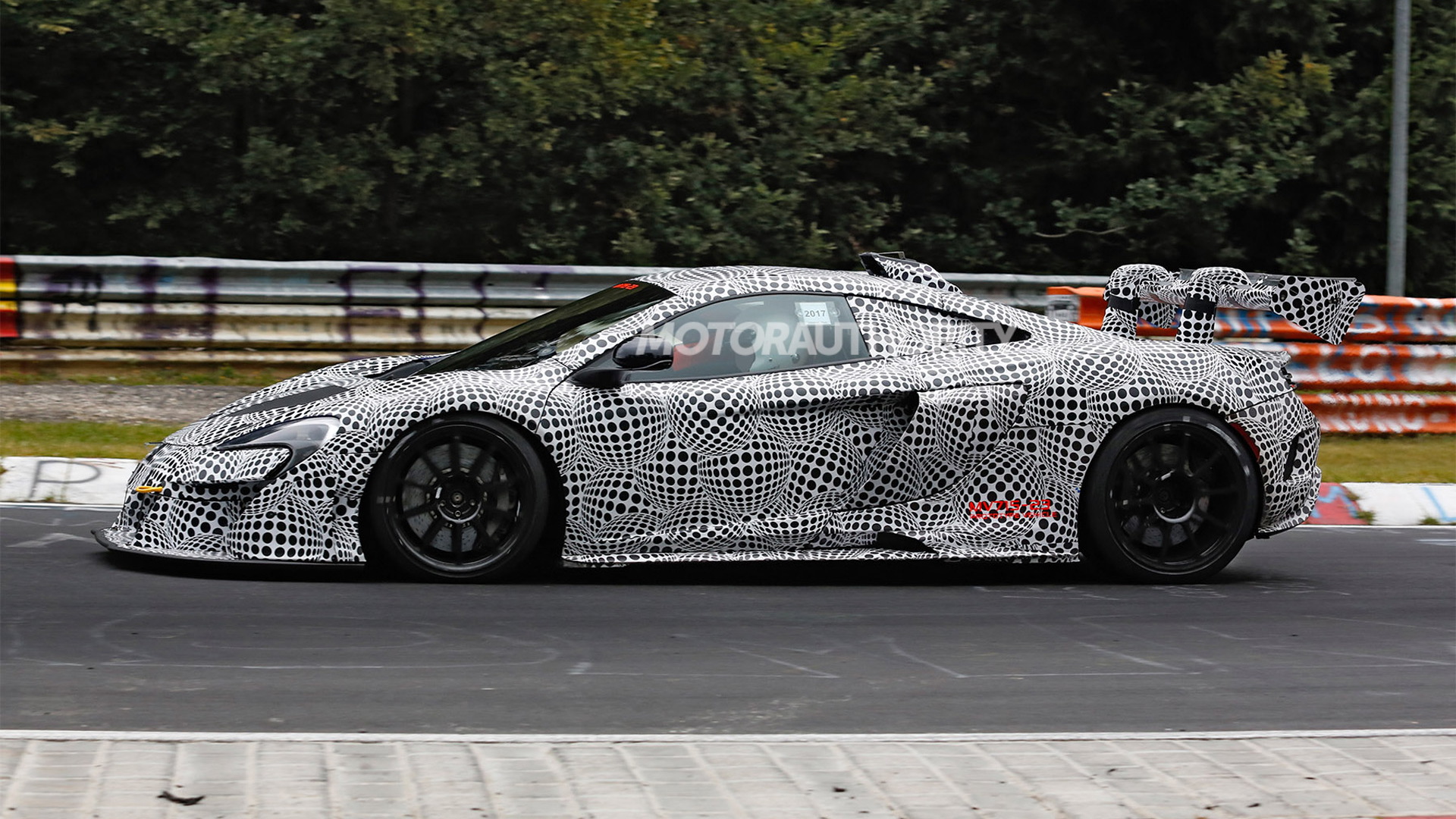 Only this week we saw McLaren confirm plans for a new member for its flagship Ultimate Series range, and now we have the first spy shots of what’s likely a test mule.

The test mule hides the new mechanicals within the makeshift body of a 675LT but still gives away some clues. Compared to the 675LT, the test mule’s front has been made wider and now sports an extended splitter. New hood vents can also be seen up front.

There’s no mistaking the air scoop mounted to the roof, and moving further rearward you’ll notice a new vent at the trailing edge of the rear windshield. The final change is the massive rear wing.

Teaser for McLaren P15 supercar debuting in first quarter of 2018

The exhaust tips are also clearly temporary units. They’ll make way for a 3-pipe design which McLaren recently revealed in a teaser shot.

The new car, code-named the P15, is a separate model to the upcoming F1 successor, itself code-named the BP23, and we’ll see it early next year, McLaren has confirmed. A debut at the 2018 Geneva Motor Show next March is a strong possibility.

The basis will likely be McLaren’s MonoCage II carbon fiber tub which debuted in the 720S. Also borrowed from the 720S should be a 4.0-liter twin-turbocharged V-8. Peak output is expected to come in at 789 horsepower (800 metric horsepower).

That’s down on the P1’s 903 horses but the P15 could actually end up the quicker of the two. How’s that possible? Without the need of a heavy hybrid system, the P15 should tip the scales at less than 2,866 pounds. The P1 weighs 3,410 pounds.

McLaren says the P15 will be its most extreme road car to date. The company describes the car as the purest expression yet of its form follows function philosophy, even going so far as call the design “brutal.”

It will still be road legal, though, including here in the United States. Unfortunately, if you’re looking to get one, you’re too late. All build slots, of which there’s expected to be 500, have been sold.