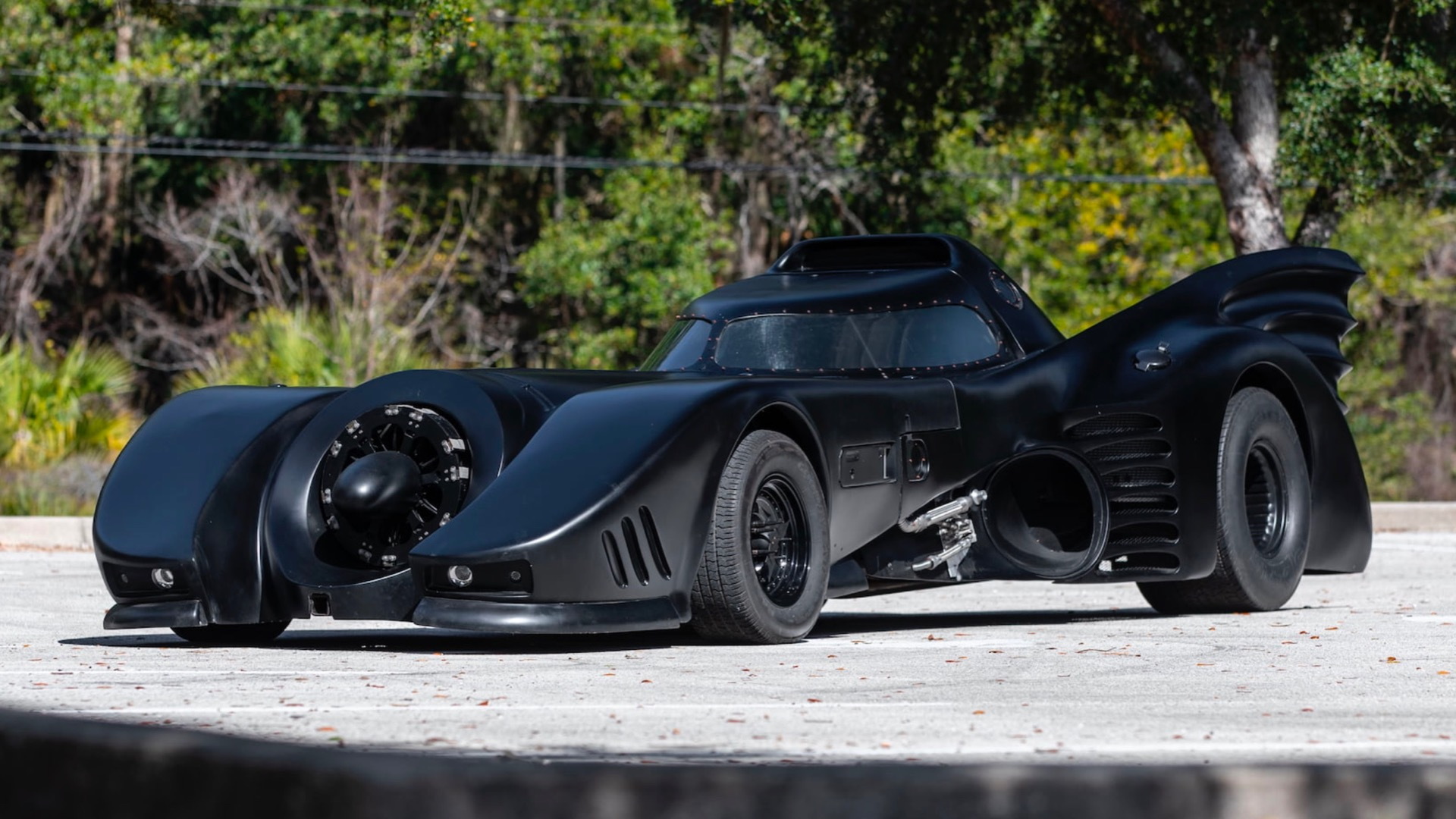 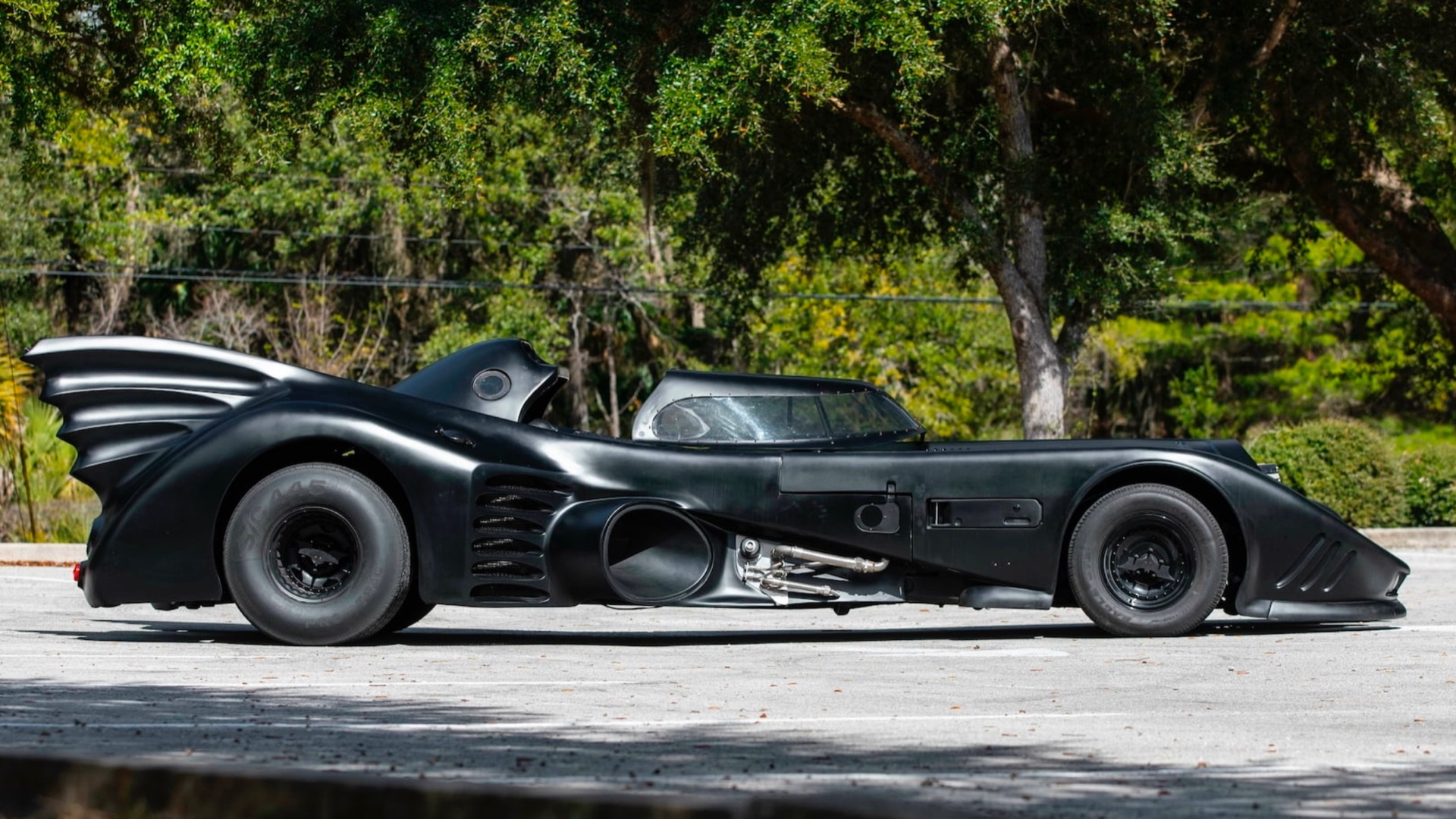 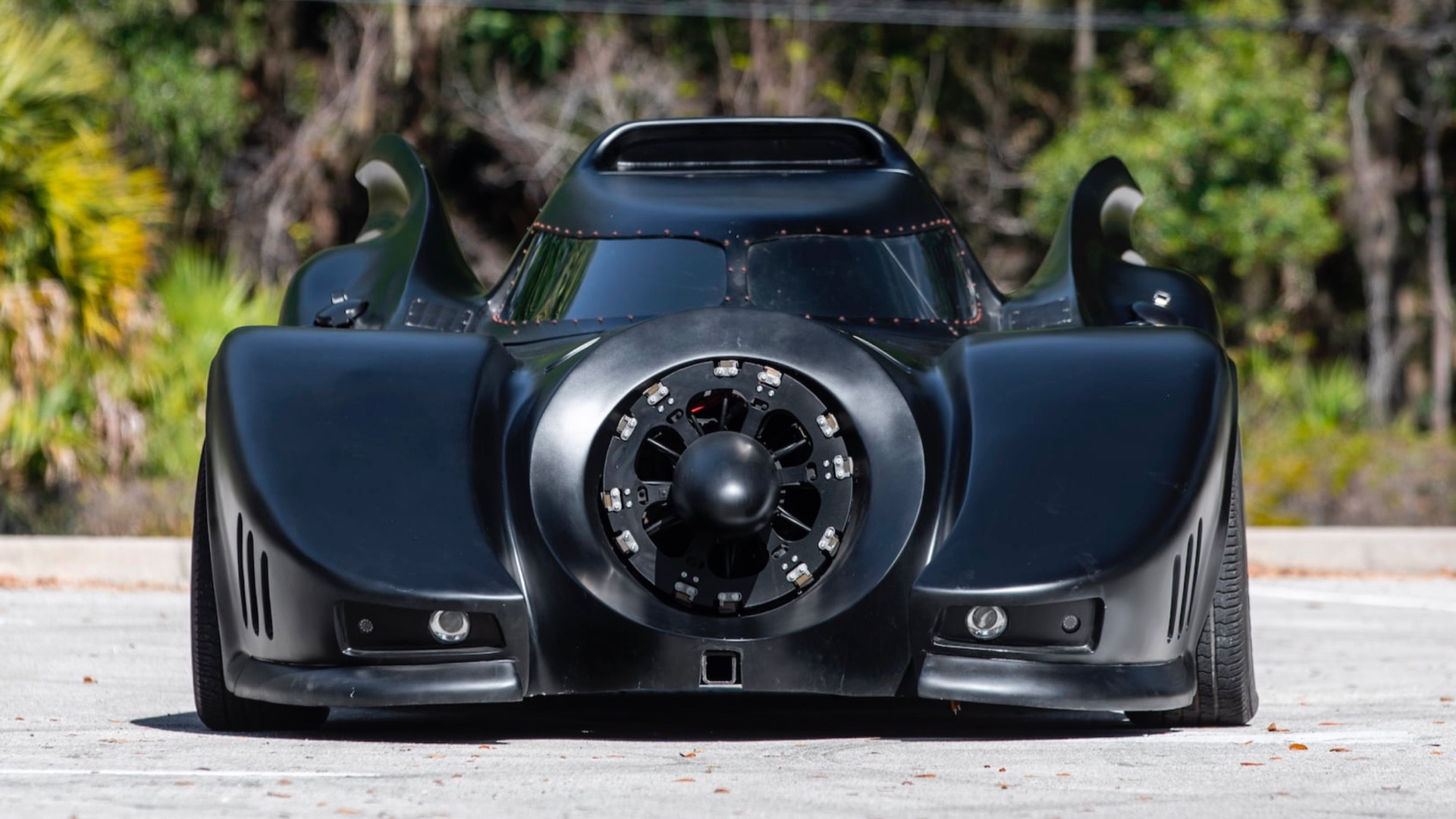 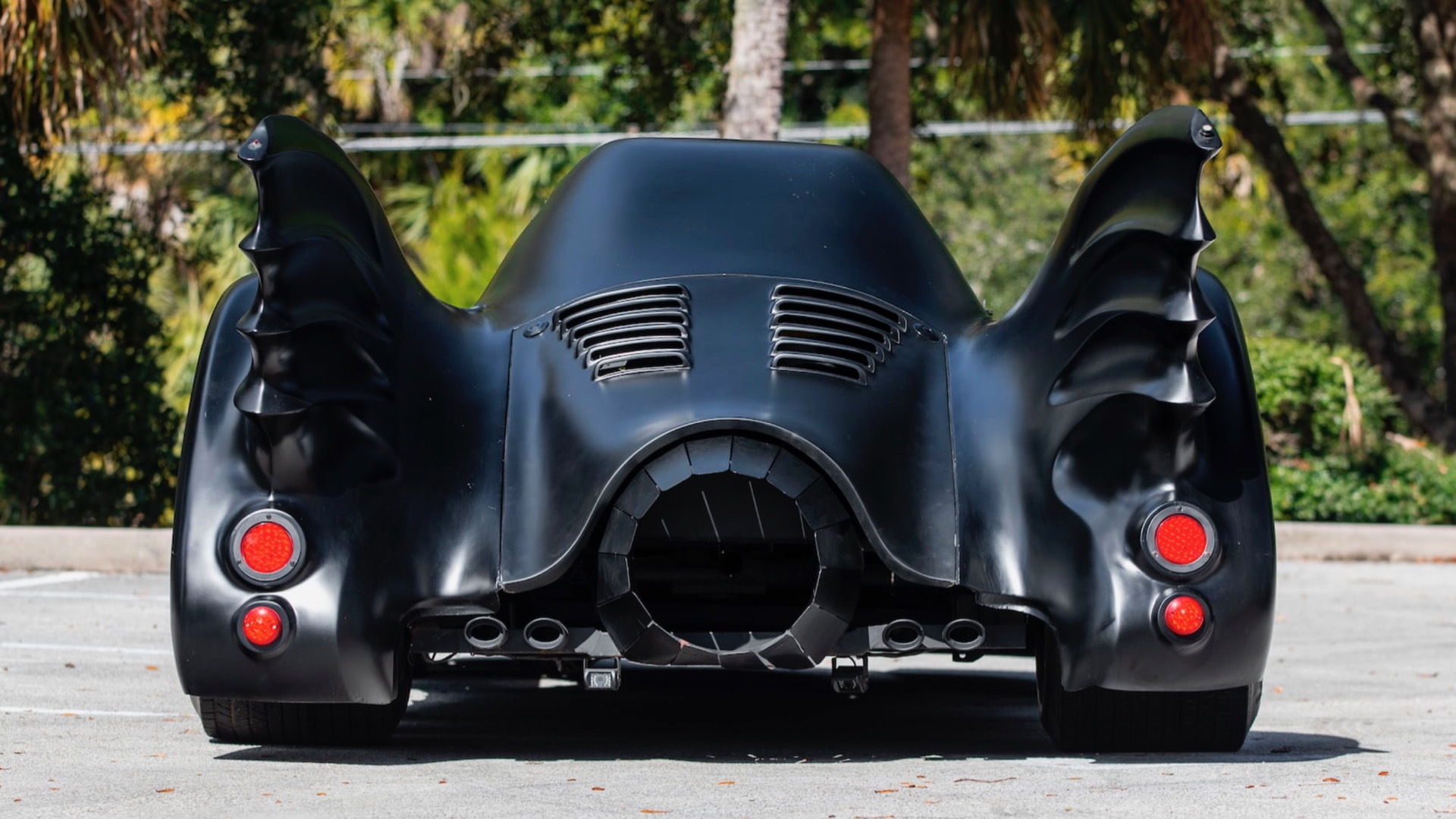 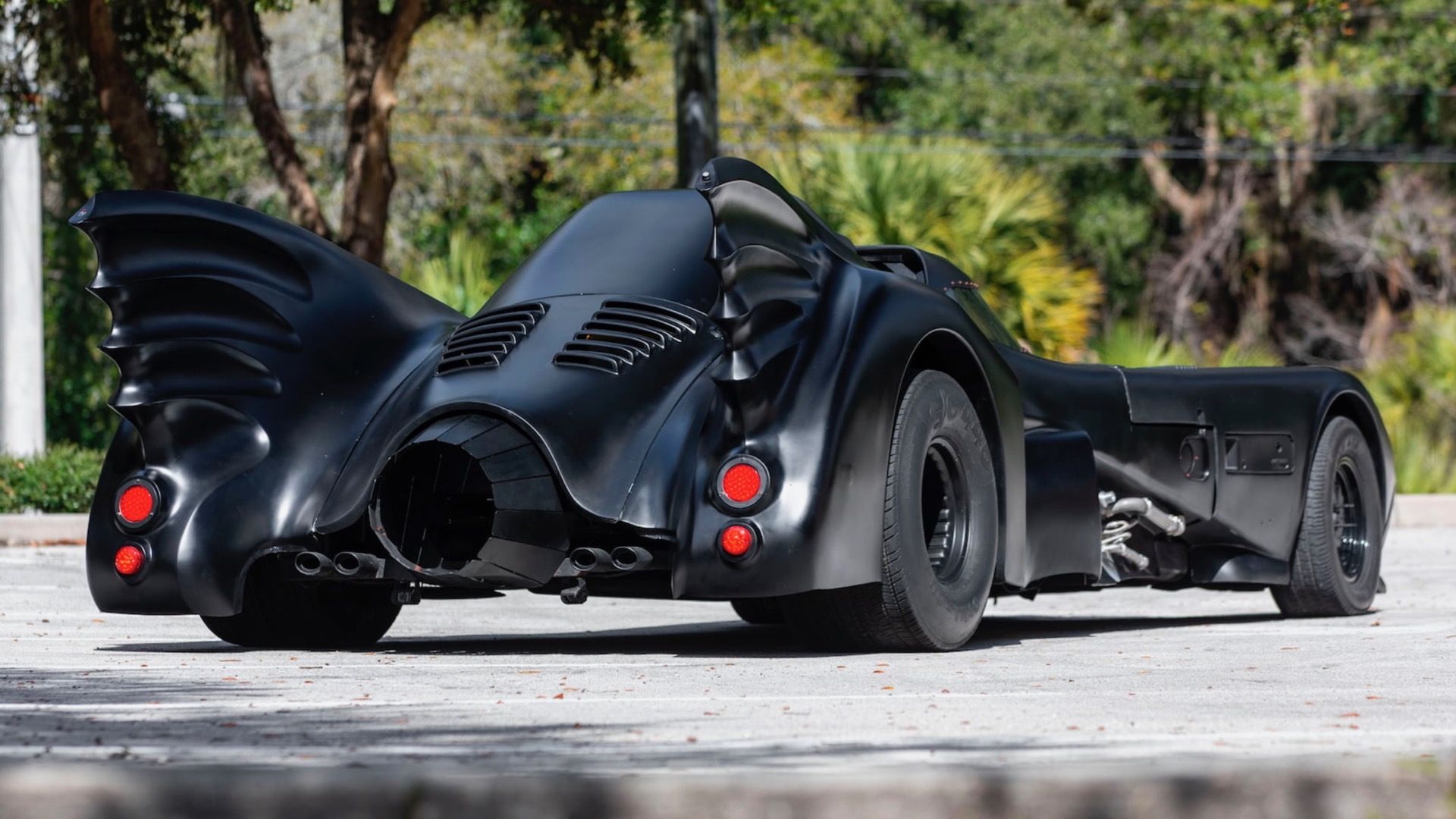 A Batmobile replica will be one of the featured lots at Mecum's upcoming Indianapolis auction, scheduled for May 13-21.

This car replicates the Batmobile from the 1989 "Batman" and 1992 "Batman Returns" movies directed by Tim Burton and starring Michael Keaton as the Dark Knight. This version is one of the most popular Batmobile iterations, both because of the design and because it's fairly easy to replicate.

The original movie cars used Chevrolet Impala chassis with fiberglass bodies, a combination that's easy to reproduce without a full special effects studio. However, instead of an Impala, the builder of this car used a 1976 Cadillac Eldorado as the foundation, with a 502-cubic-inch fuel-injected Cadillac V-8 for power. The Eldorado platform also means this Batmobile is front-wheel drive. 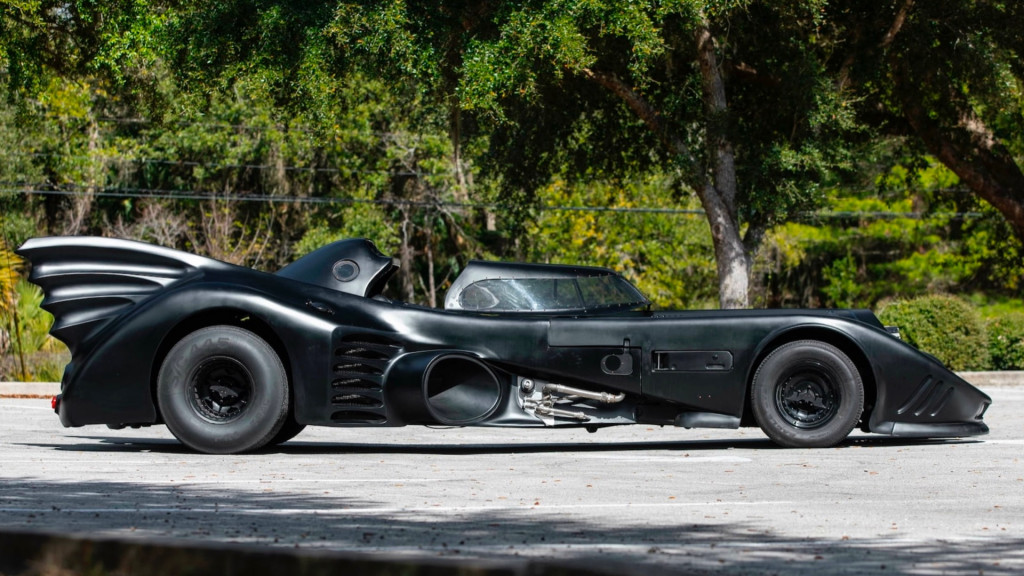 The car also features a remotely operated canopy and weapons, air suspension, a rearview camera, air conditioning, and a modern audio system with Bluetooth (something even Batman didn't have in 1989). It also comes with a custom trailer, according to the listing.

Mecum did not publish a pre-auction listing, but we saw another Burton-era Batmobile replica head to auction in 2021 with an estimated price that was about the same as a new Honda Accord.

A new Batman movie recently premiered with yet another take on the Batmobile. In contrast to the Tim Burton movies, "The Batman" goes for a more realistic look, equipping Batman with what looks like a crudely modified muscle car. It will be interesting to see if this new Batmobile inspires replica builders they way the 1989 version did.