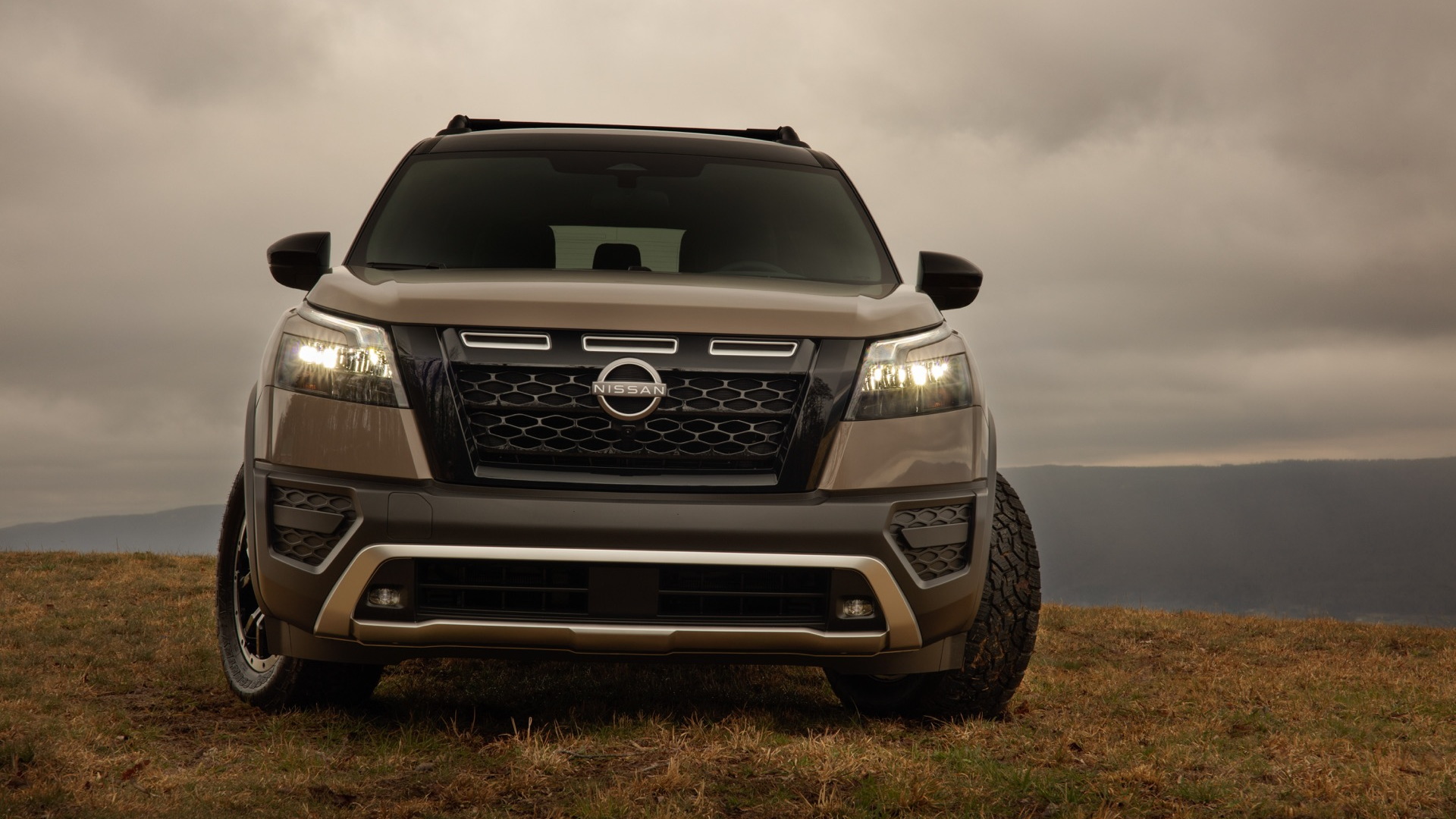 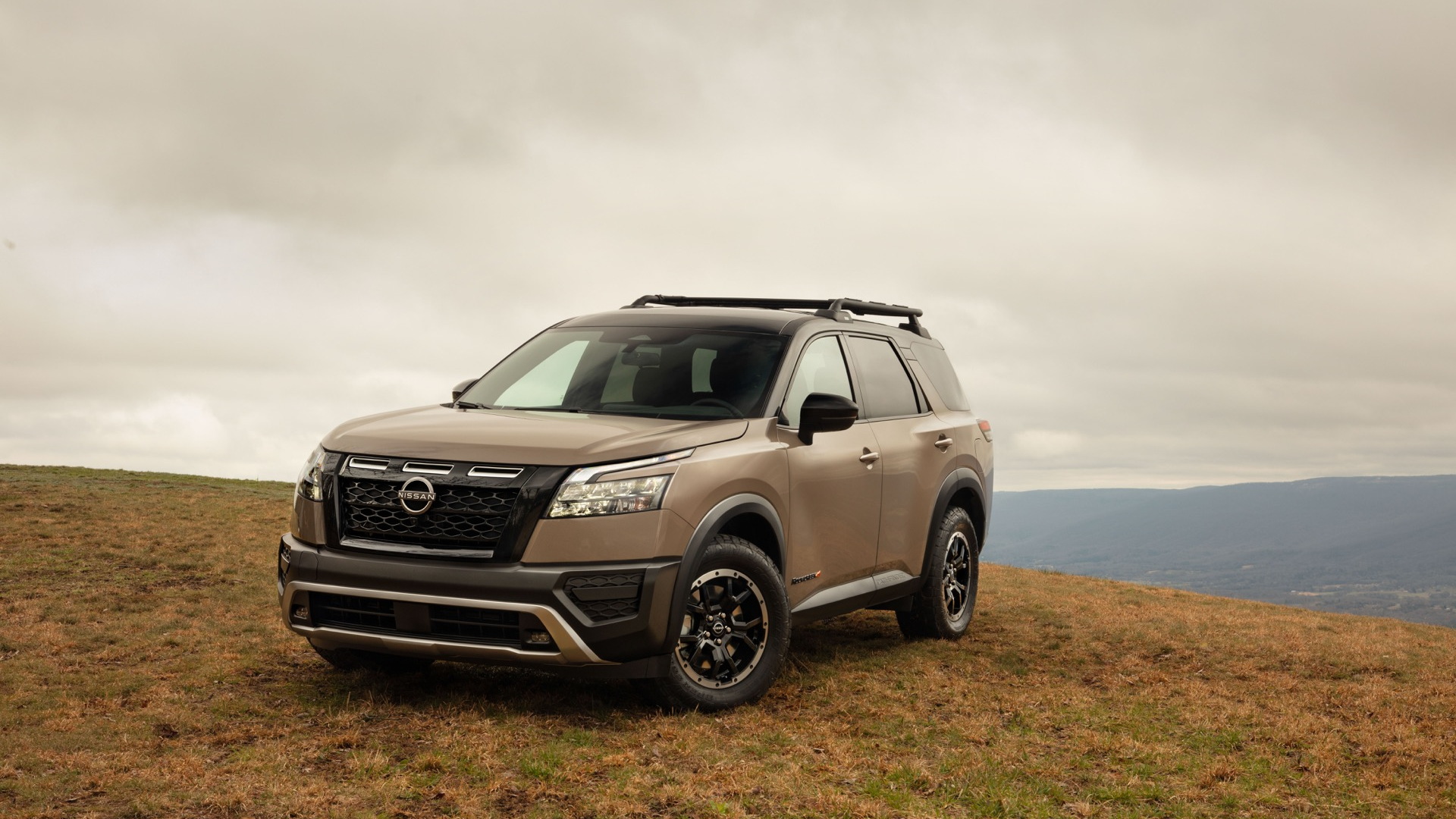 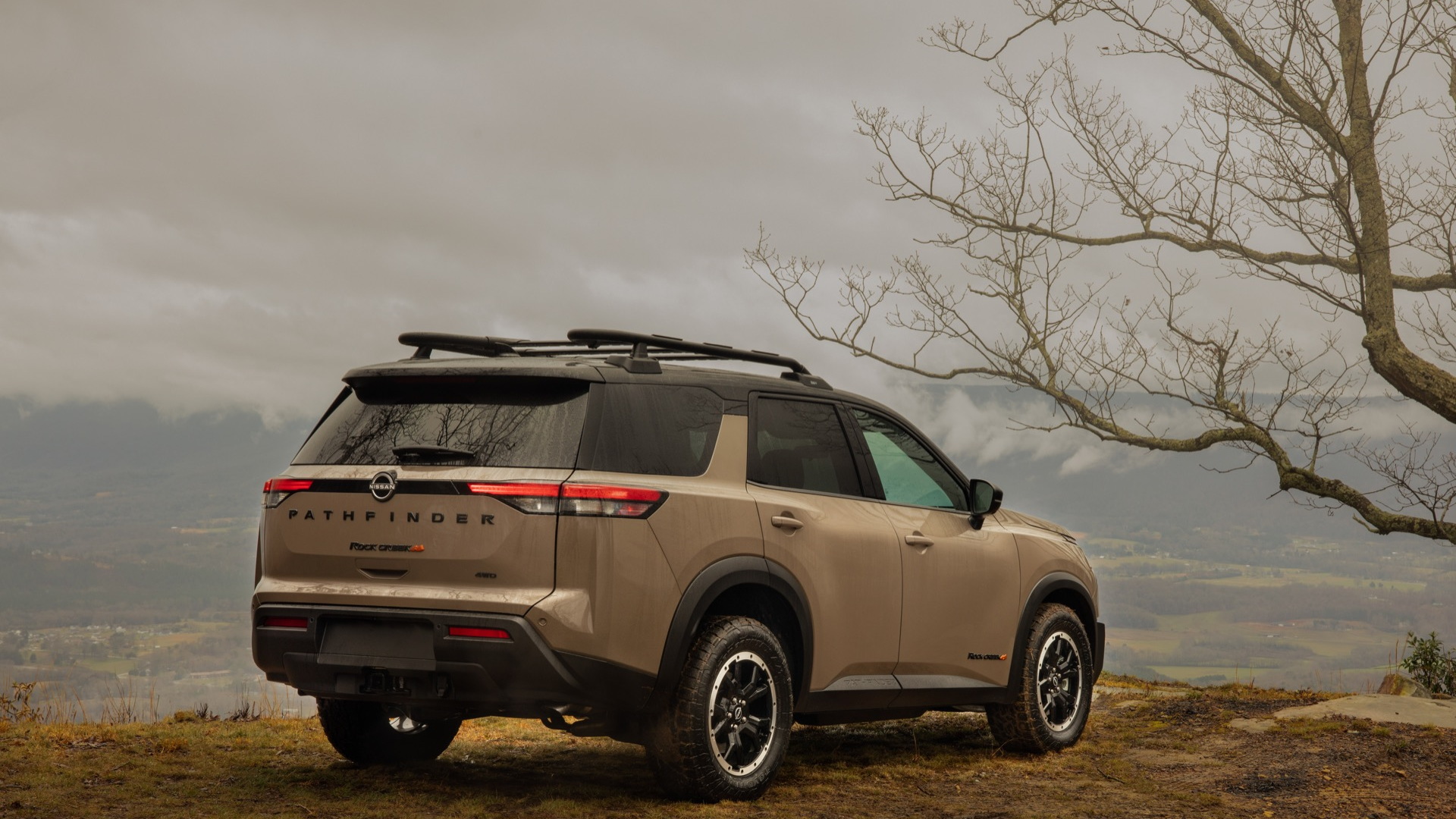 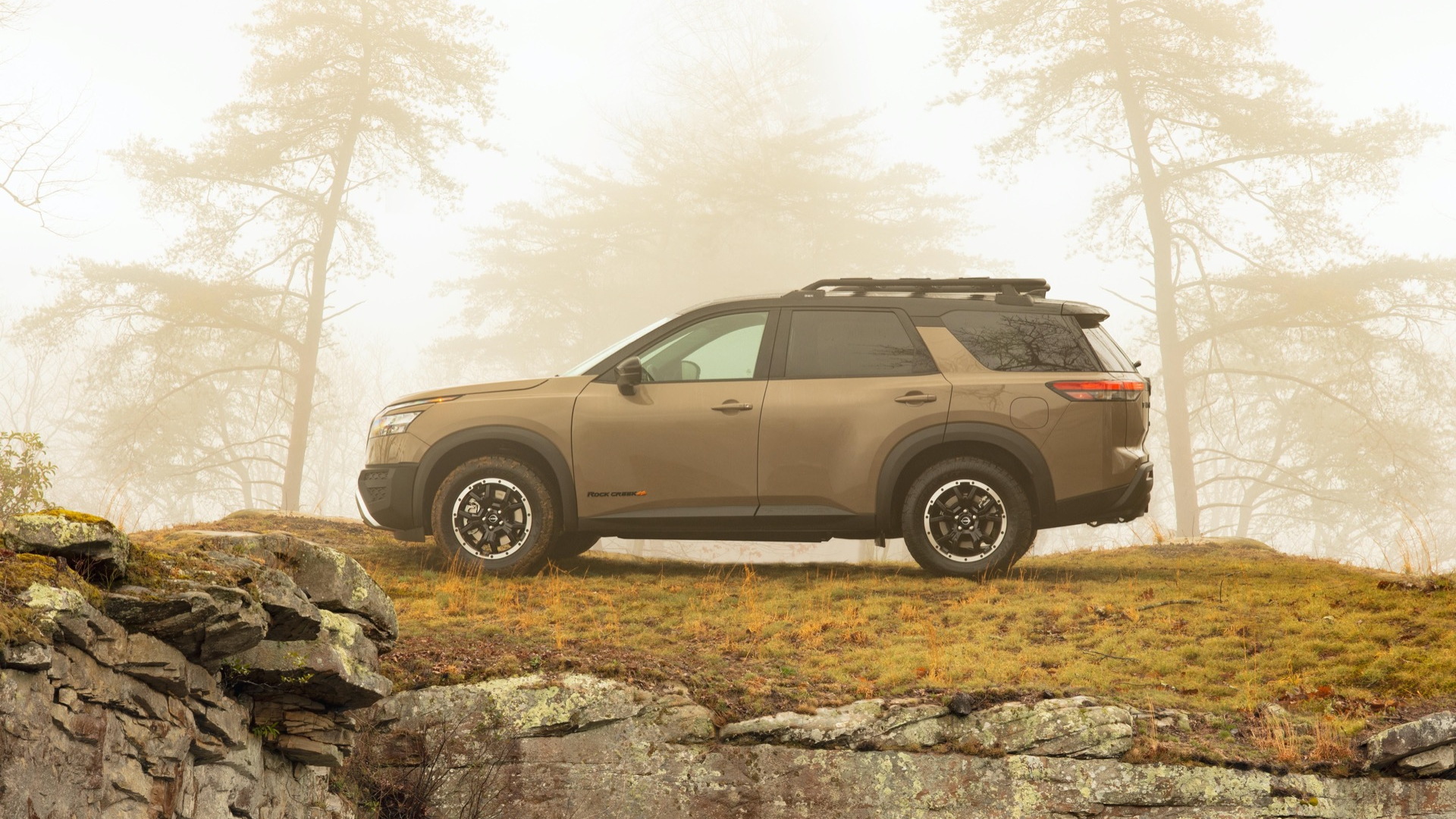 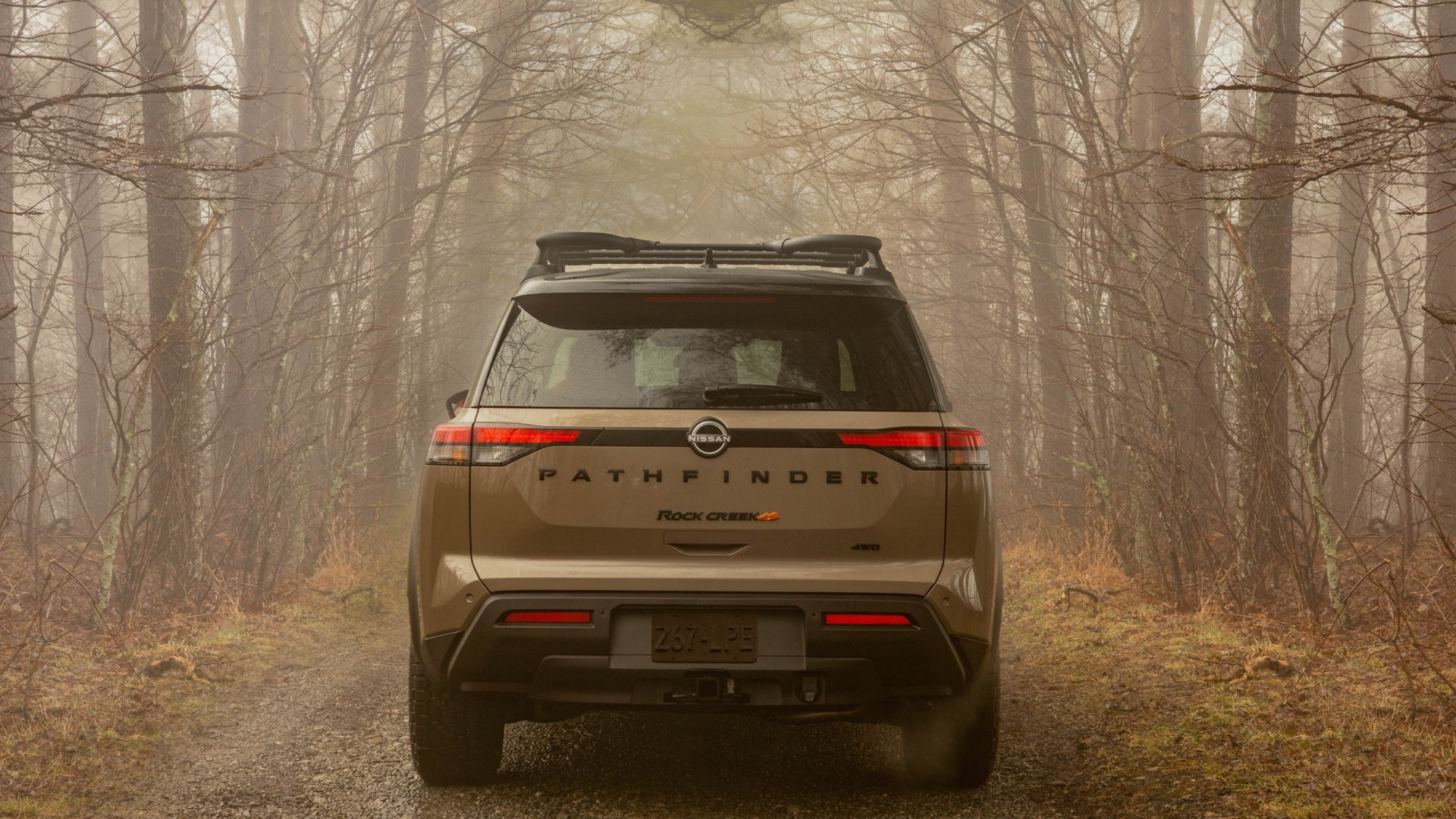 When the current Nissan Pathfinder arrived for the 2022 model year, there was nothing that really reminded us of the nameplate's rugged, body-on-frame roots. That changes with the arrival of a new Pathfinder Rock Creek variant that hits dealerships late this summer as a 2023 model.

While it sticks with the car-like unibody design of the regular Pathfinder, the Rock Creek adds some extra capability thanks to the addition of standard all-wheel drive, off-road tuned suspension with a 5/8-inch lift, 18-inch wheels with all-terrain tires, and a roof rack with a 220-pound carrying capacity.

More performance has also been dialed up from the Pathfinder's 3.5-liter V-6. The Rock Creek gets a rating of 295 hp and 270 lb-ft of torque, versus the regular Pathfinder's 284 hp and 259 lb-ft. In both cases a 9-speed automatic is standard. The extra performance, which requires premium fuel, is made possible via revised fuel mapping.

Note, the towing capacity is unchanged. It rates in at 6,000 pounds, which requires the Pathfinder's tow hitch and harness—a standard feature on the Rock Creek. Also included as standard are second-row captain’s chairs, LED fog lights, and a surround-view monitor with a special off-road mode.

You'll spot the Rock Creek variant by its unique front fascia which features a darkened grille. The vehicle also features model-specific badging on the outside, and embroidery inside. Orange contrast stitching also features in the cabin.

The 2023 Pathfinder Rock Creek makes its formal debut at the 2022 New York International Auto Show which starts on April 13. To learn about other vehicles set for the show, head to our dedicated hub.