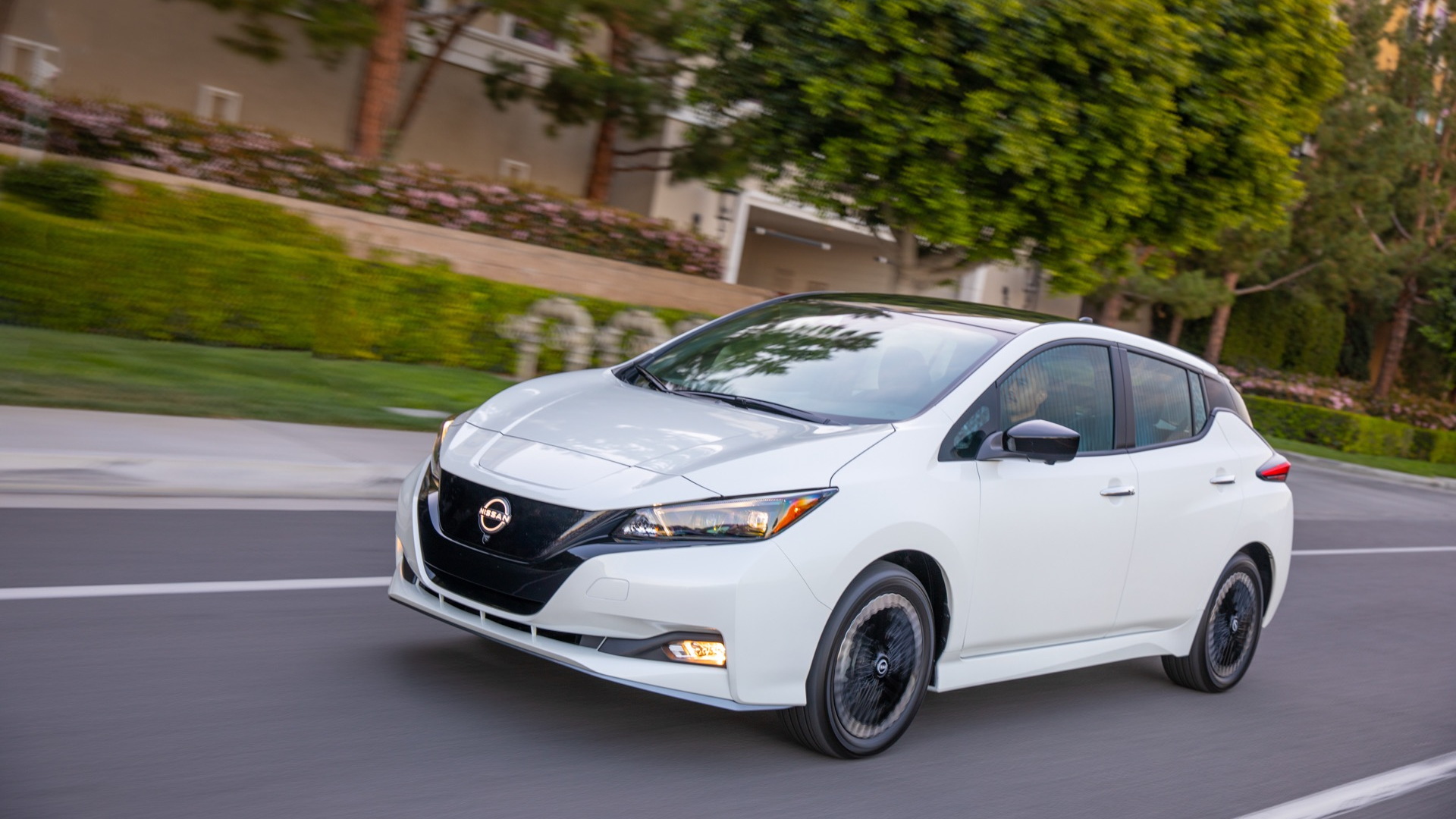 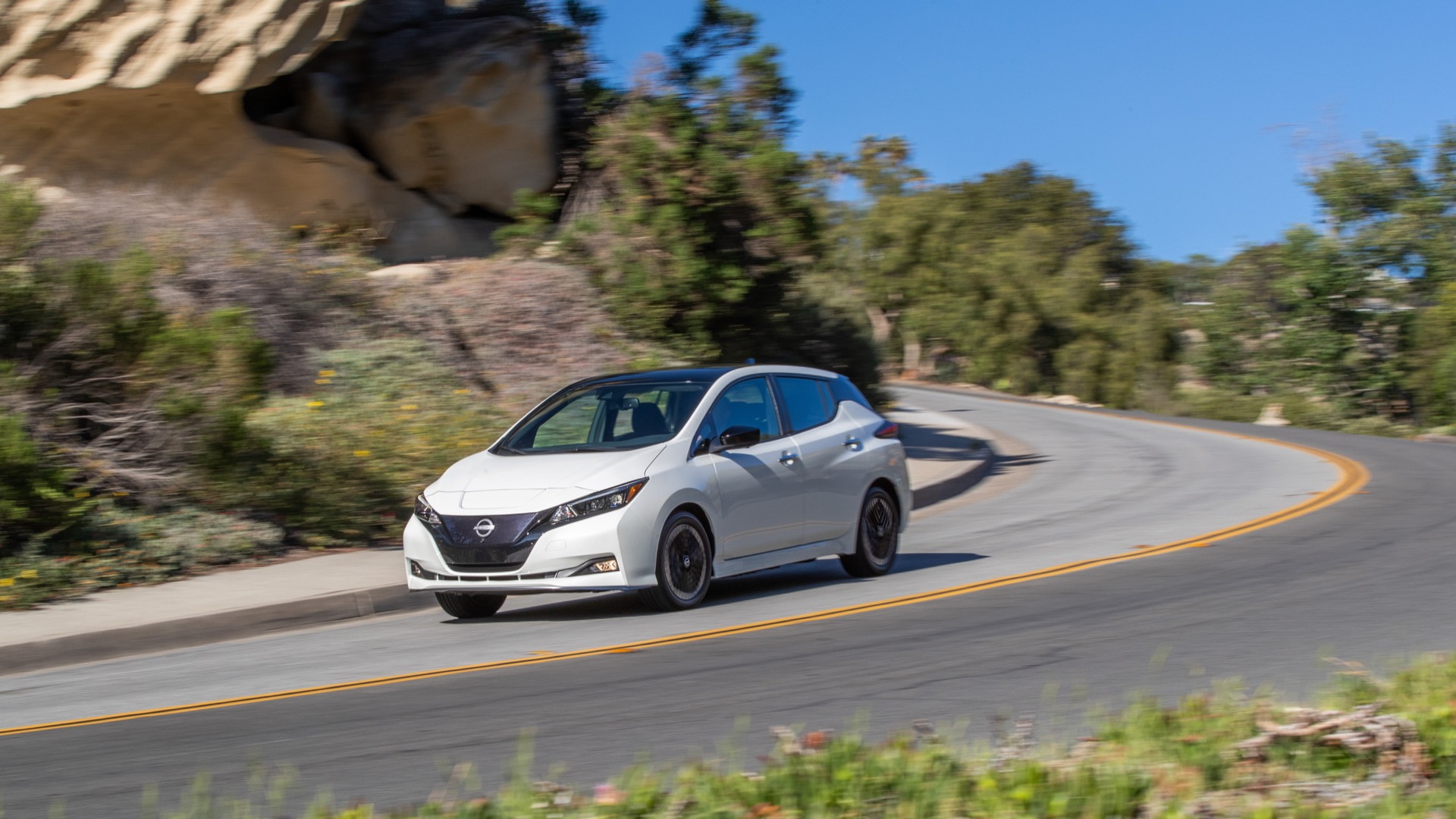 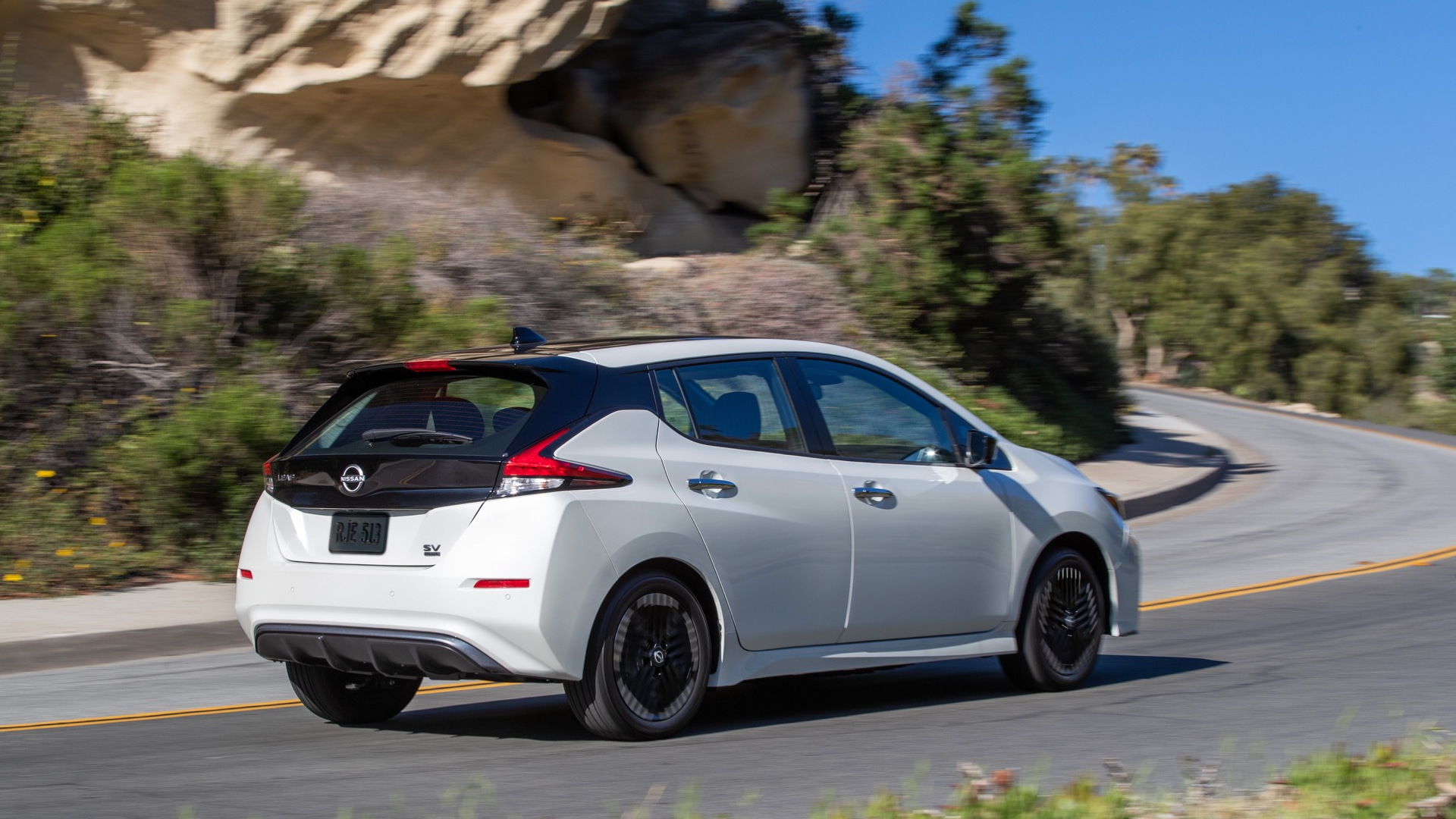 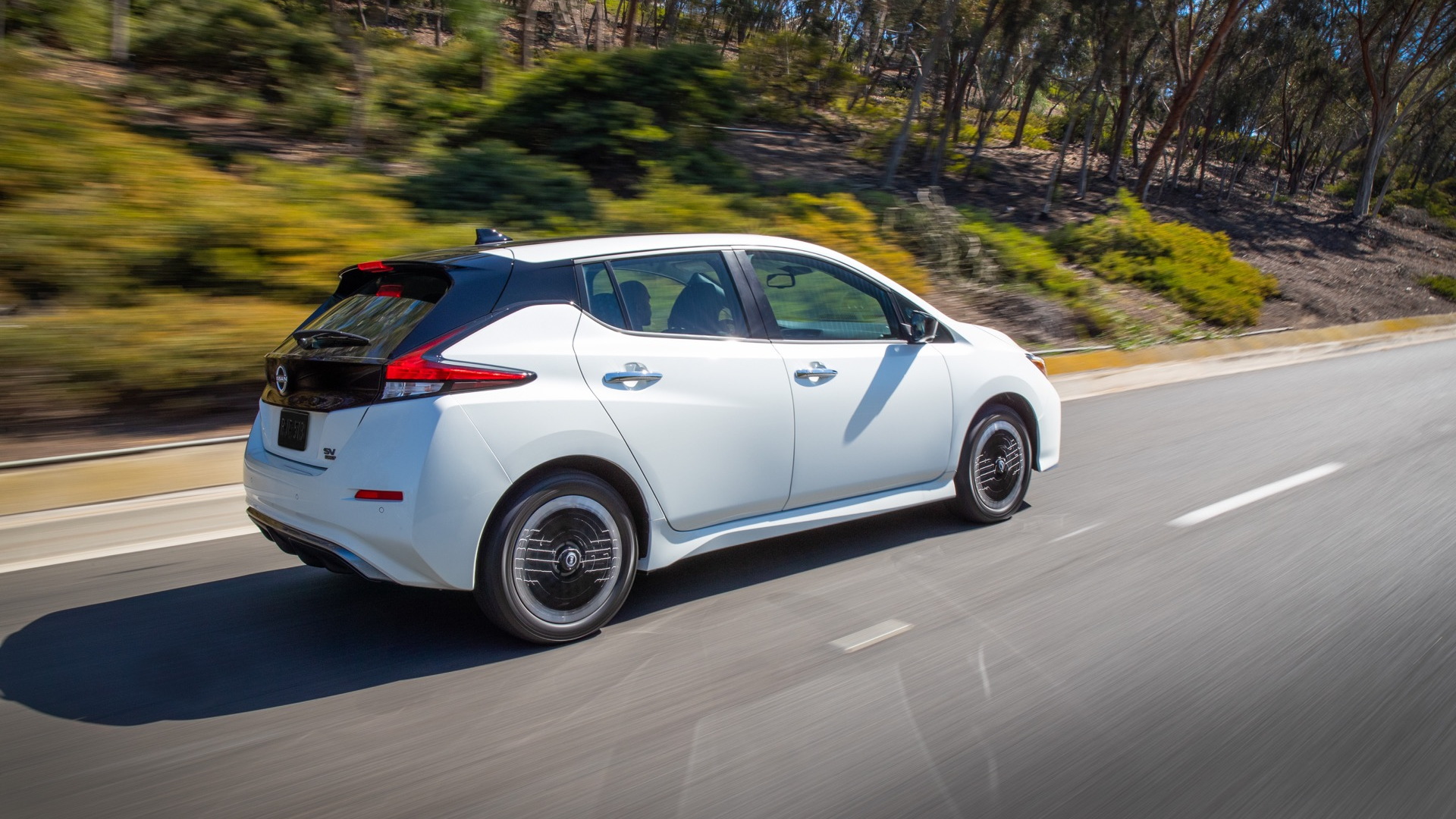 The original Nissan Leaf was a pioneer among volume electric vehicles but the current second-generation model that arrived for 2018 has largely been overshadowed by Tesla's lineup, as well as newer offerings from other established automakers.

With 14,239 sales in the U.S. last year, versus 121,610 for the Tesla Model 3 over the same period, it's clear the Leaf isn't at the top of wish lists for many EV buyers. Nissan will look to boost sales of the Leaf with an updated version set for debut on Wednesday at the 2022 New York International Auto Show and due in showrooms this summer as a 2023 model.

The updates are minor and aren't likely to help the Leaf all that much in the sales race. They include a revised front fascia, plus new black accents in the headlights. The Nissan badge is also now illuminated, and the standard 17-inch wheels have taken on a bolder design. We're told the rear spoiler and some underbody elements have also been reshaped to improve the aerodynamic efficiency of the vehicle.

Changes inside are limited to new graphics for digital instrument cluster, and new trim options. Nissan has also limited the grades to just a Leaf S and a Leaf SV Plus, reflecting the most popular configurations from the previous years.

For more coverage on the New York auto show, head to our dedicated hub. And for more on the Nissan Leaf, read the in-depth reviews at The Car Connection.