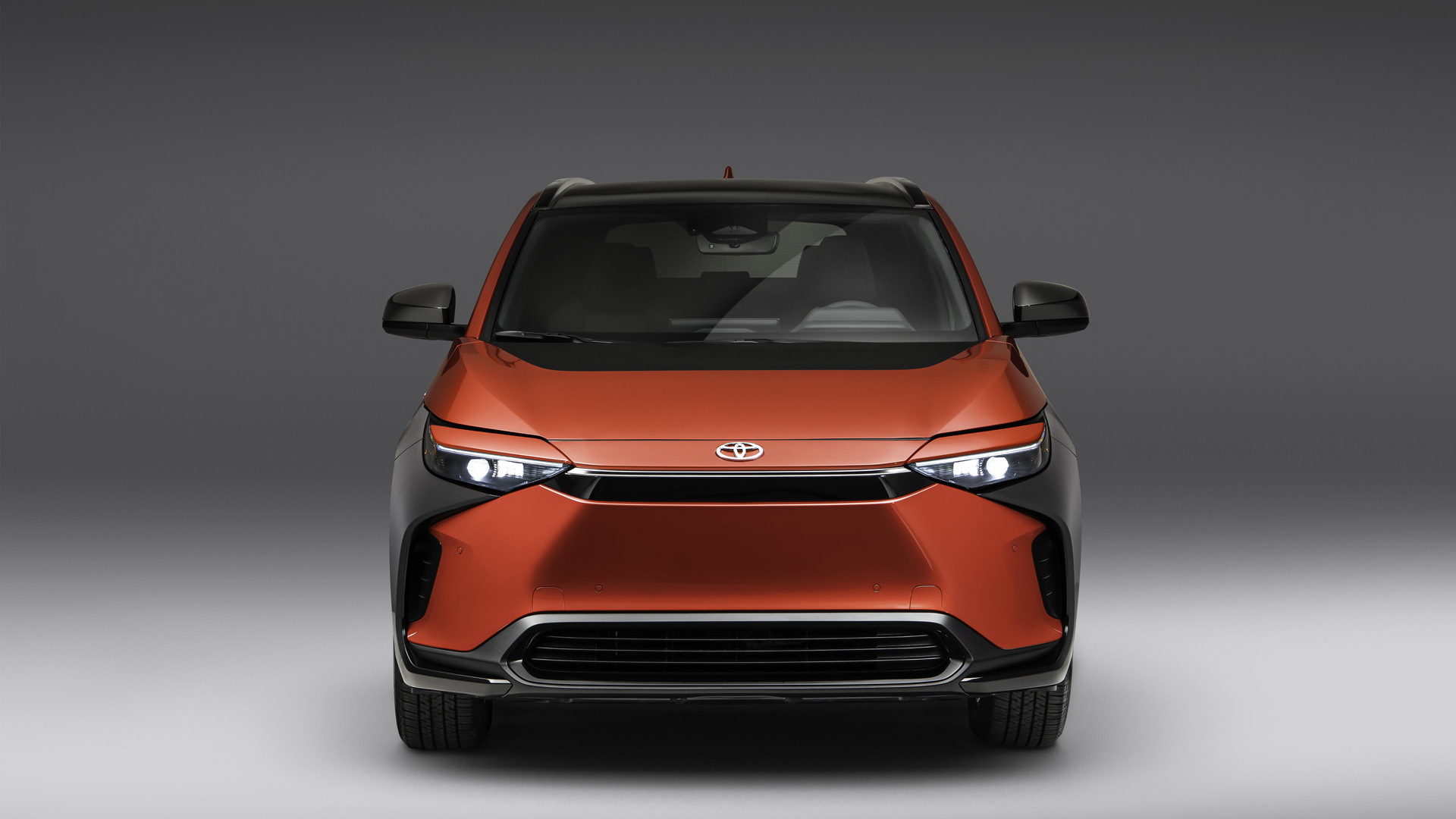 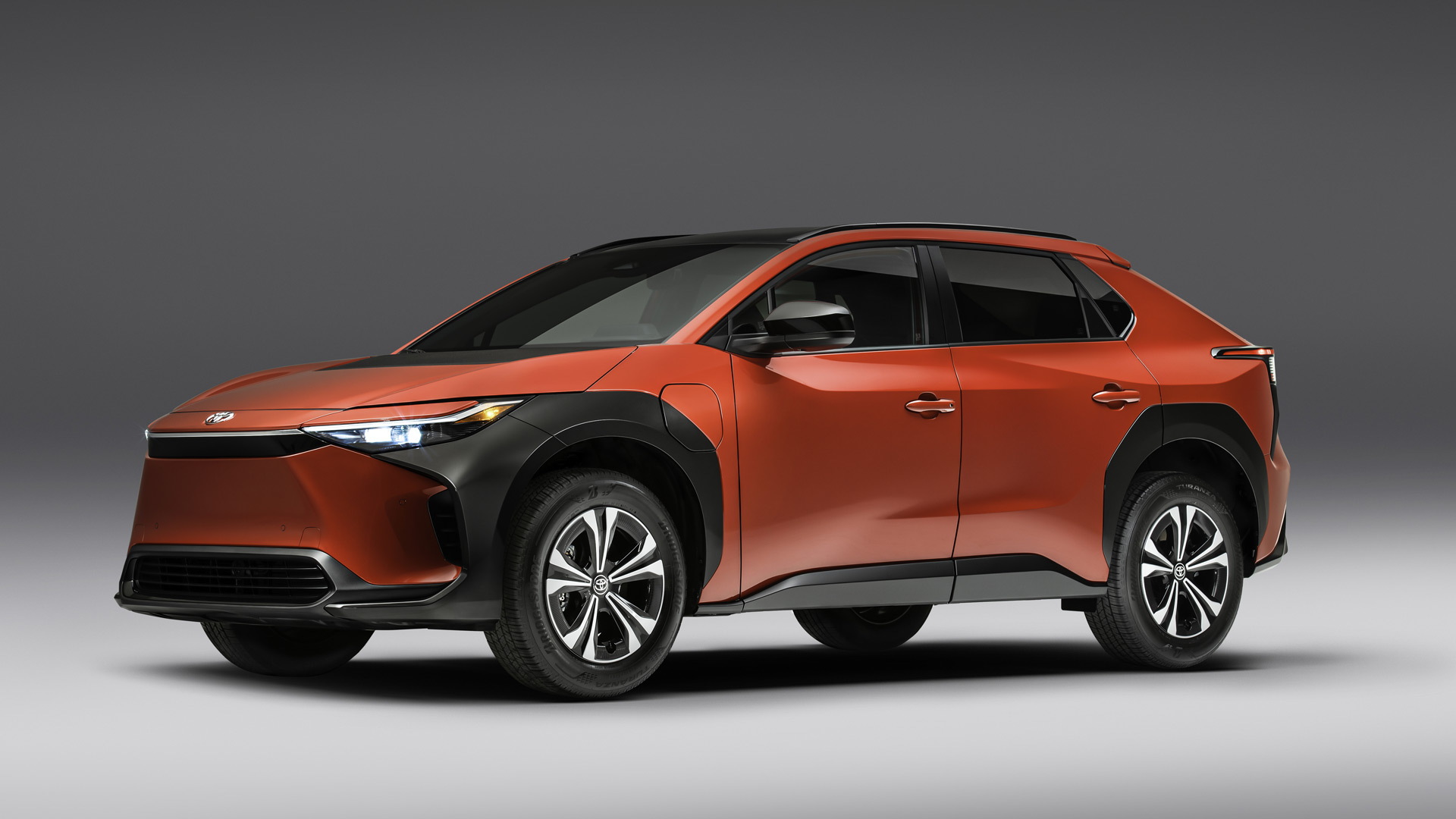 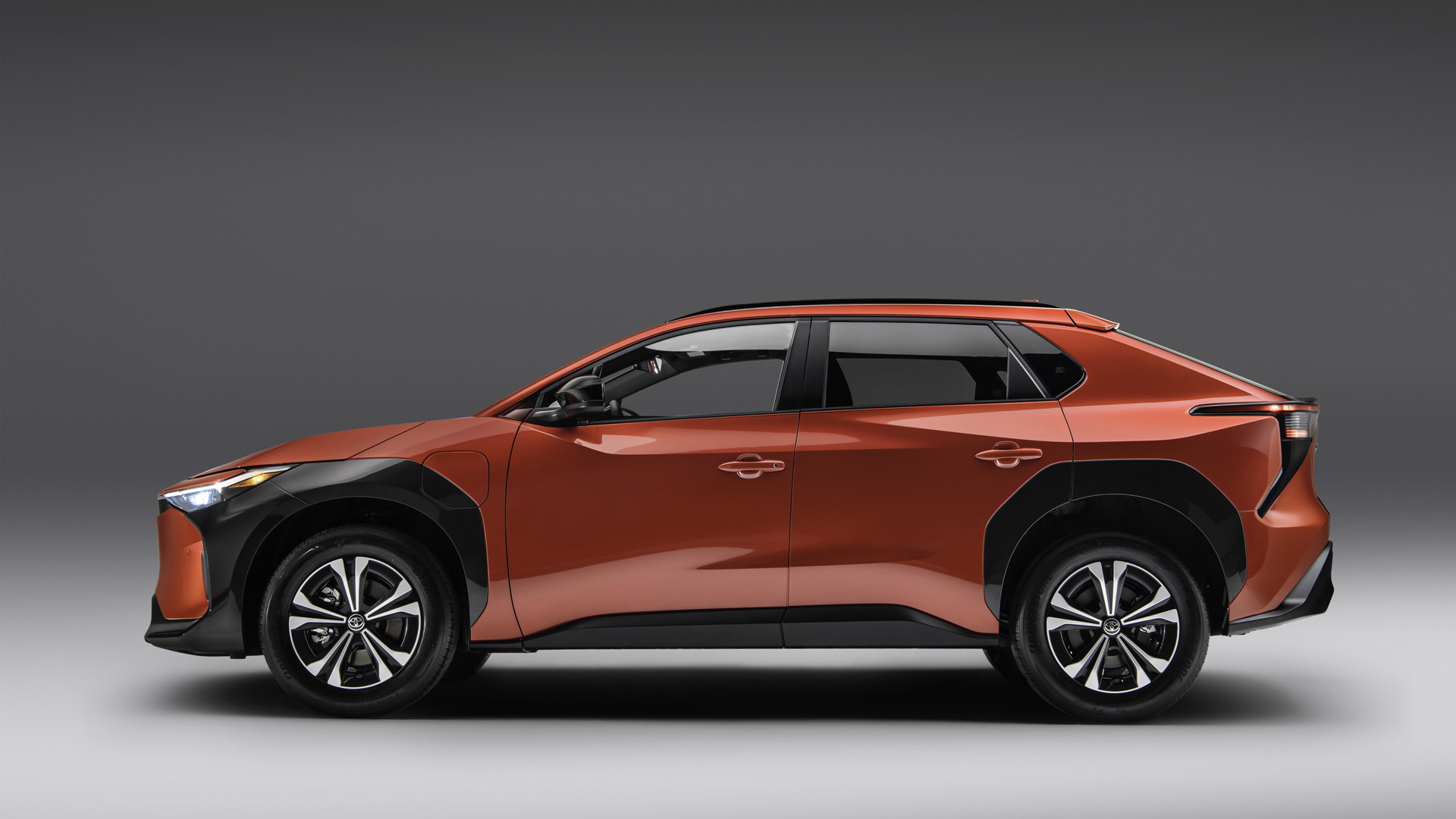 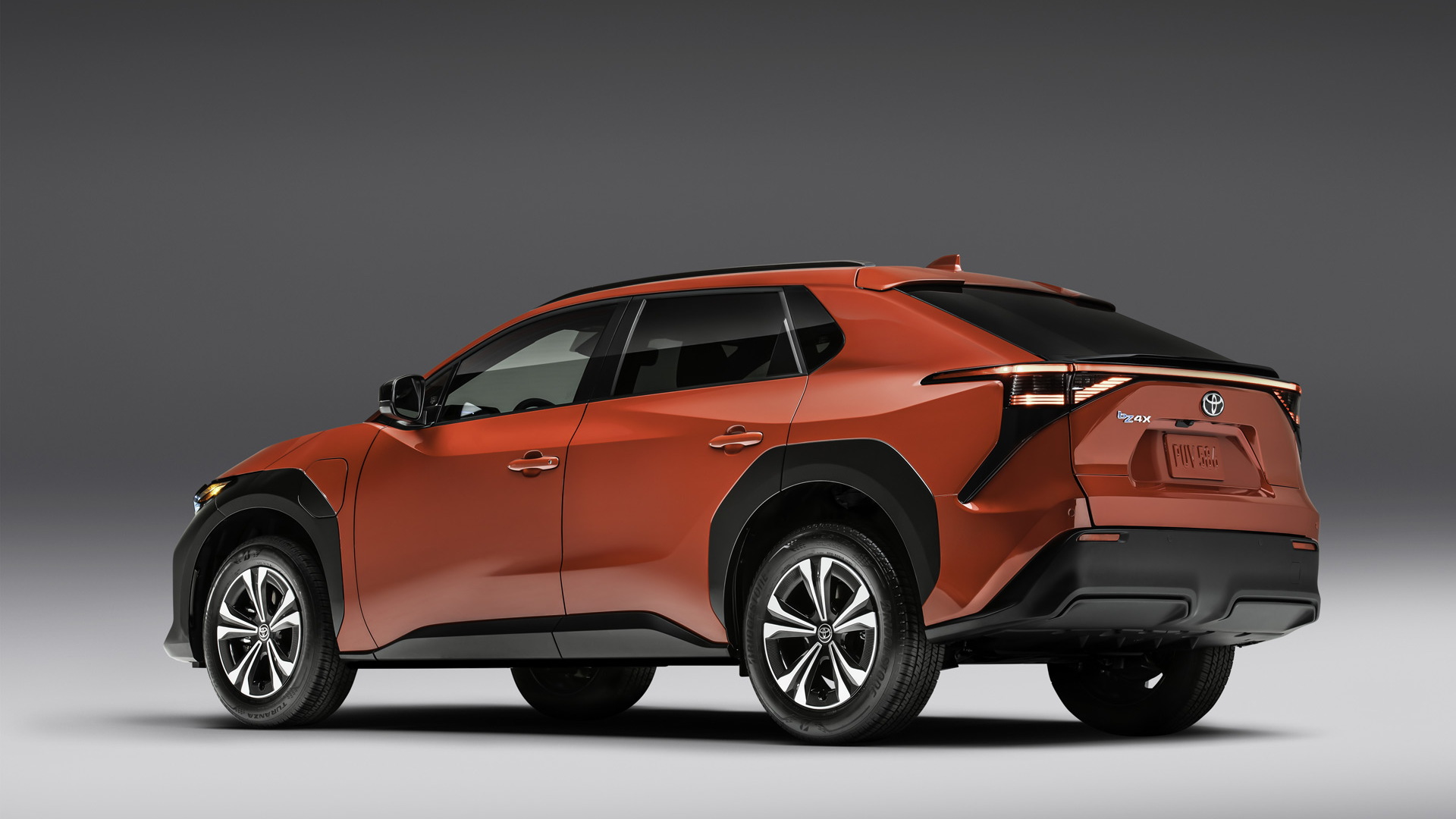 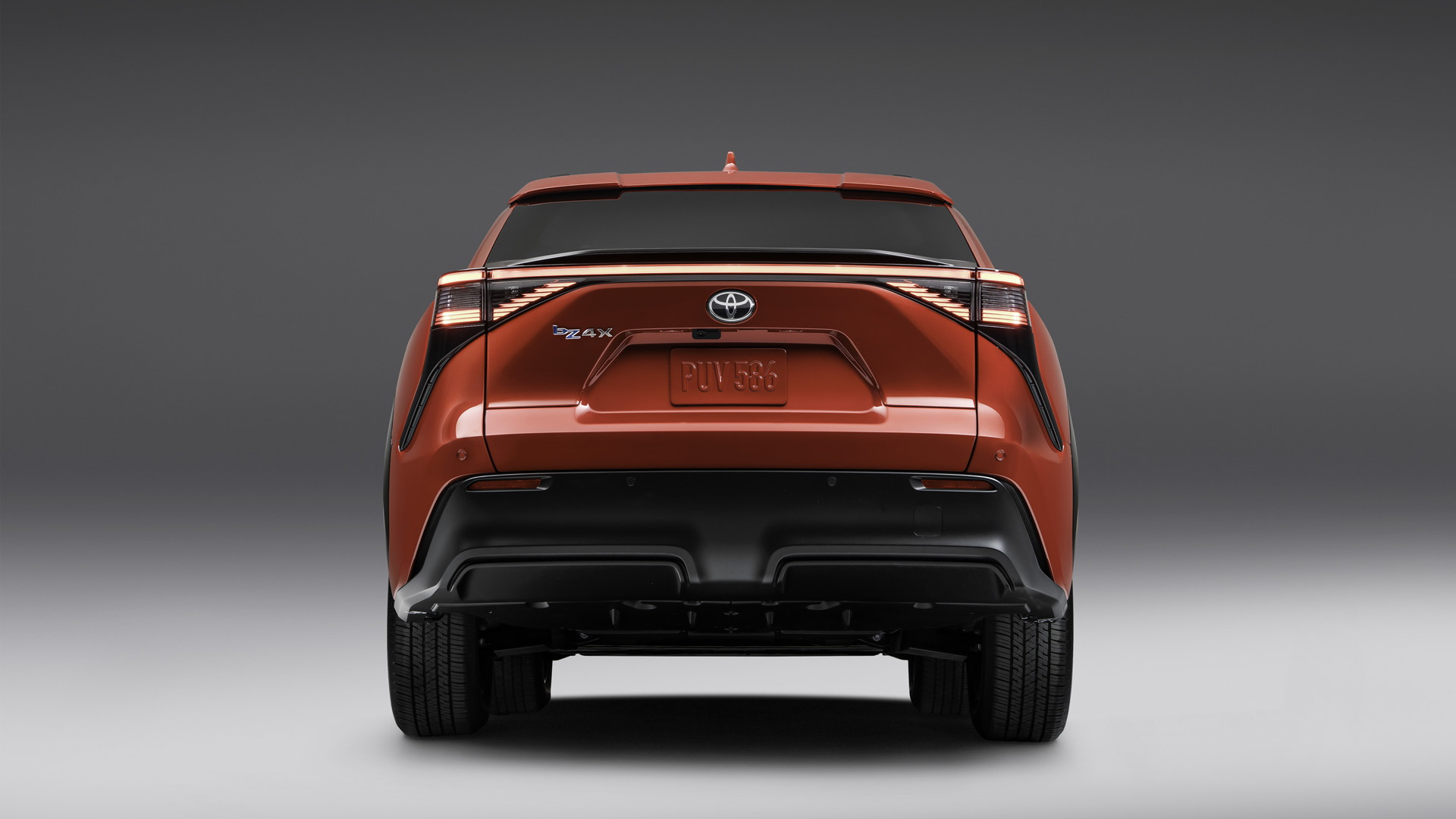 Toyota revealed the first member of its new BZ (Beyond Zero) sub-brand for electric vehicles last fall, and on Tuesday we got information specific to the U.S. market, including the all important pricing information.

The first member is a small crossover called the BZ4X. It's similar in size to the top-selling RAV4 and is due in showrooms this summer as 2023 model. Pricing will start at $43,215, including a $1,215 destination charge.

There is also a Subaru twin called the Solterra. It's also coming for the 2023 model year, though its pricing is yet to be announced.

Both vehicles ride on a on a newly developed platform dubbed e-TNGA. It's the first dedicated-EV platform for Toyota, and you can expect to see it in multiple models from Toyota (and Lexus) in the coming years. Toyota said it plans to have 15 zero-emission vehicles in its lineup by 2025, of which seven will be from the BZ sub-brand.

The BZ4X has a single battery with a capacity of 71.4 kilowatt-hours, and buyers can choose from a front-wheel-drive configuration with 201 hp or an all-wheel-drive setup with 214 hp. A top speed hasn't been mentioned but 0-60 mph acceleration takes 7.1 seconds with FWD and 6.5 seconds with AWD.

Both configurations can be had with a standard XLE grade or better equipped Limited grade. Toyota estimates the front-wheel-drive XLE at about 252 miles range on the EPA cycle, and the all-wheel-drive XLE at 228 miles. Upgrade to the Limited grade and you're looking at corresponding figures of 242 and 222 miles. Charging at up to 150 kilowatts is possible, which will enable an 80% charge in 30 minutes. A roof-mounted solar panel will also be available in some markets. 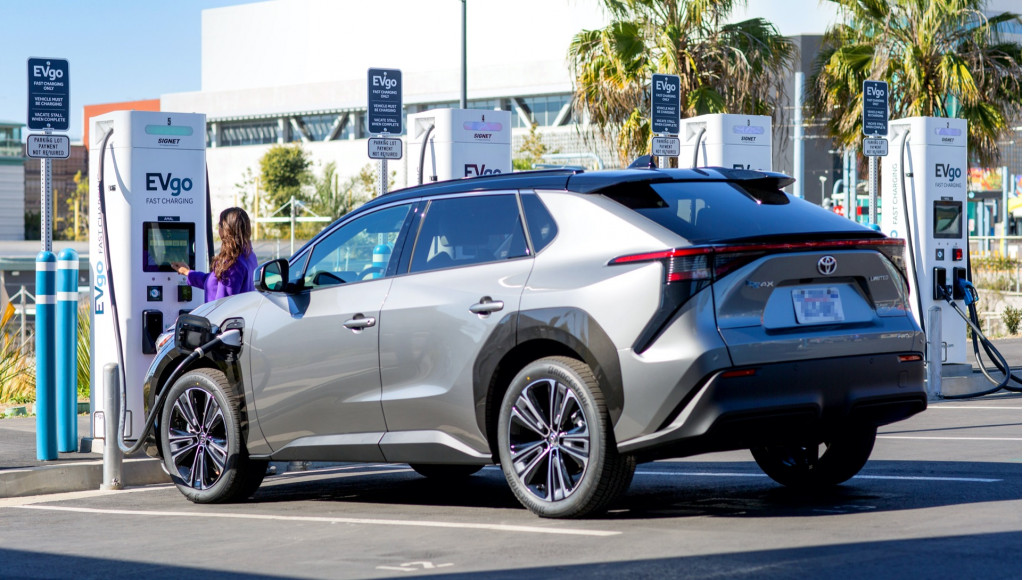 Toyota said it focused on delivering reliable performance throughout the life of the vehicle. For example, the BZ4X's range should remain consistent even in cold winters, and the battery should also retain about 90% of its capacity after 10 years (based on a usage rate of 15,000 miles per year).

The interior is a modern place, featuring minimalist styling and a large central screen for infotainment. A smaller screen serves as the instrument gauge, with Toyota doing away with the traditional gauge hood to give a clearer view as well as give the cabin an open and airy feeling. Other features of the cabin include USB ports (A and C) and a panoramic roof.

While most markets will have a traditional steering wheel, the Chinese market will feature a yoke-style steering wheel. Thanks to steer-by-wire technology, where the traditional mechanical connection between the steering wheel and tires is replaced by electric systems, lock-to-lock with the yoke wheel is set at around 150 degrees, meaning just one hand is required for tight turns. Toyota said this feature will be added to more models in the future, including those sold outside of China. 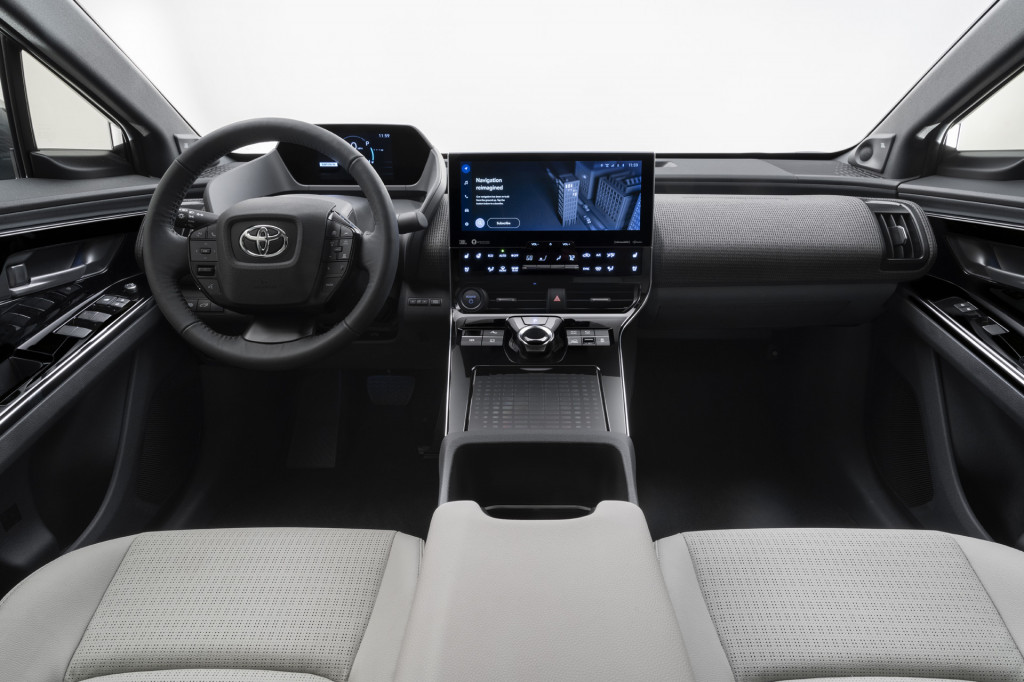 Other useful features of the BZ4X include cloud-based navigation that can provide info on things like traffic and charging station and parking space availability in near real-time. Over-the-air updates will also be available, along with a digital key. The digital key allows an owner to use a smartphone to unlock and start the vehicle, and this access can be remotely handed over between smartphones, for example for family or friends.

Production of the BZ4X is handled at plants in China and Japan.

Full pricing information for the 2023 BZ4X is as follows:

All figures include a $1,215 destination charge.