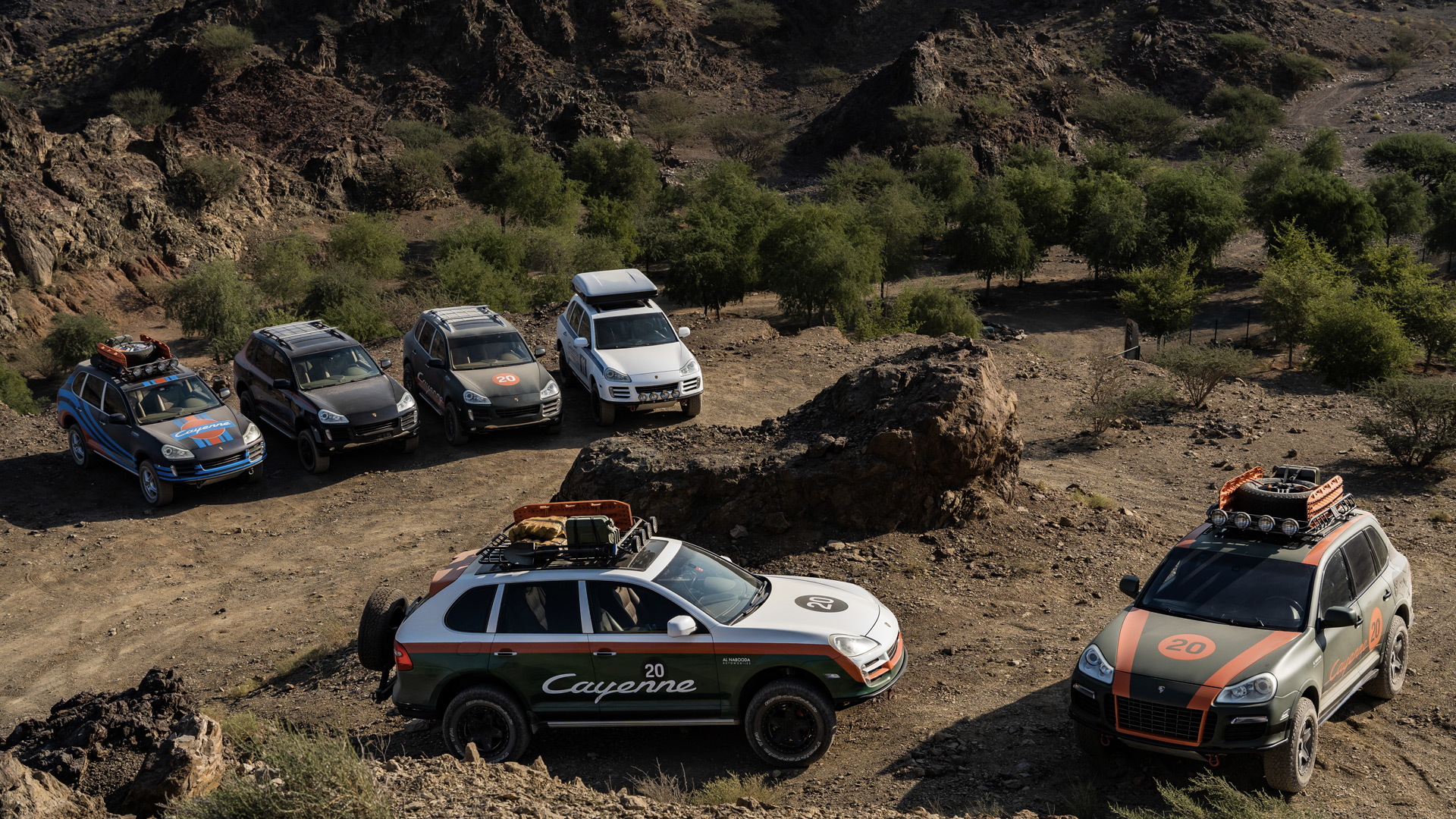 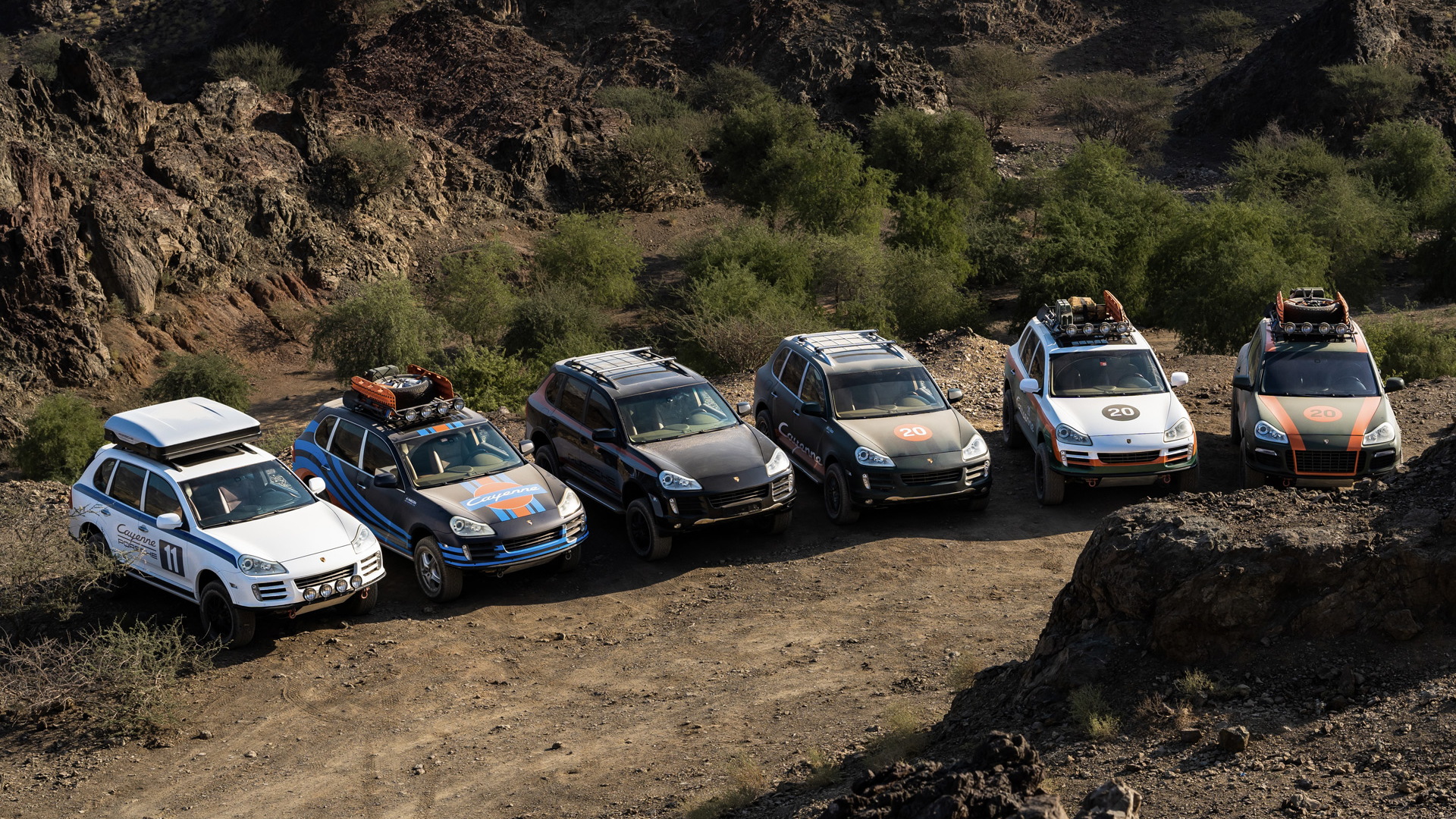 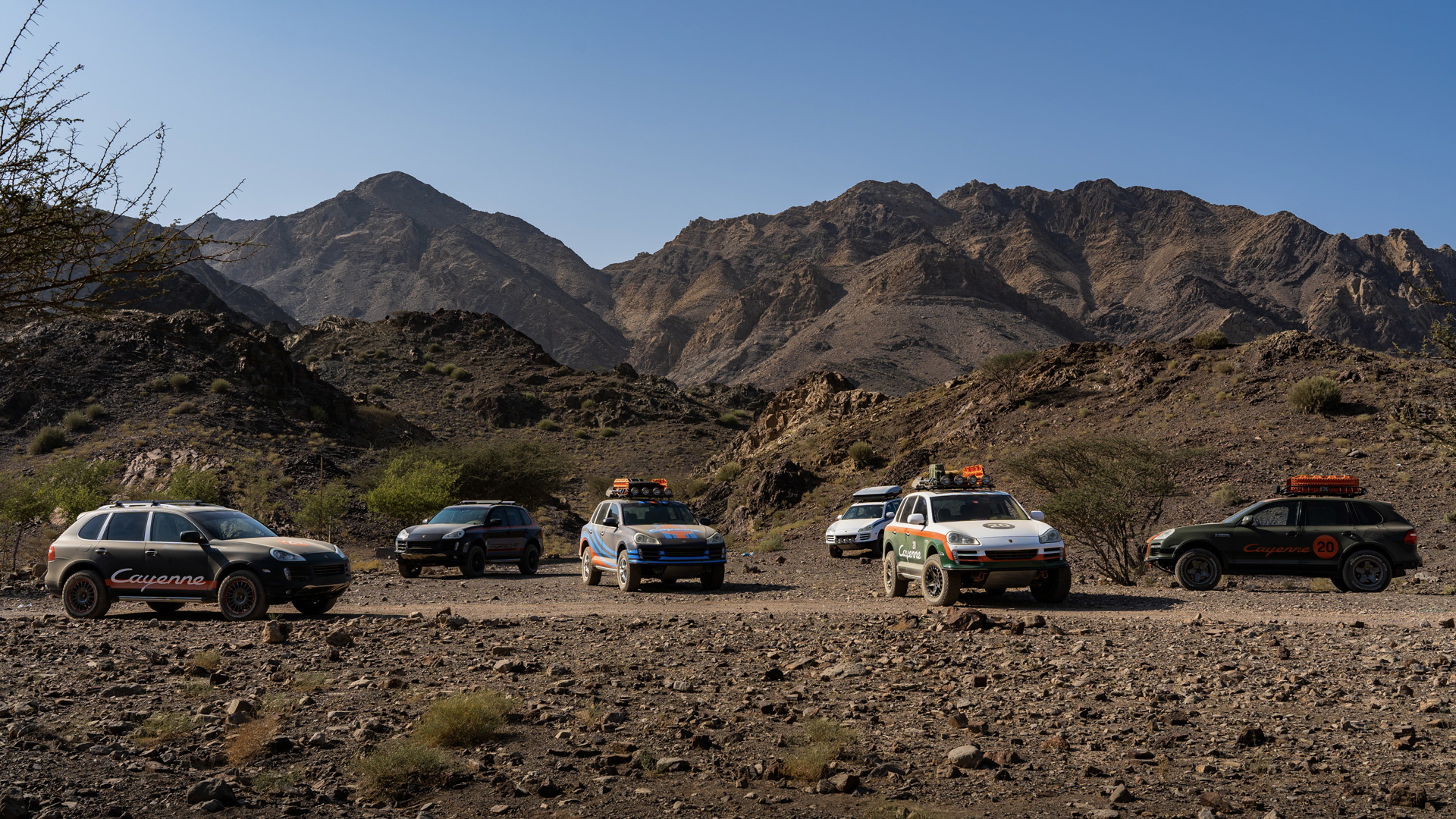 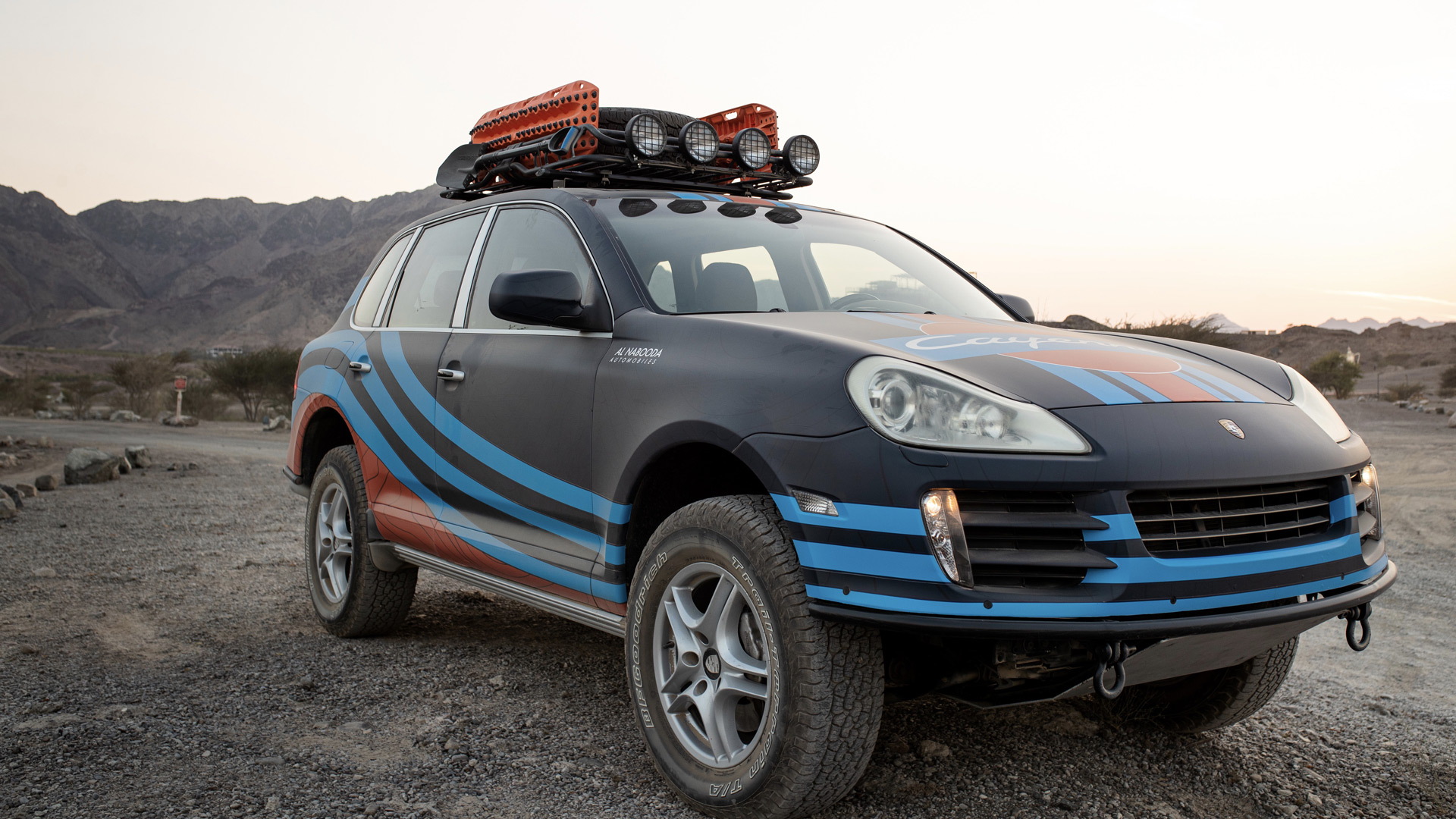 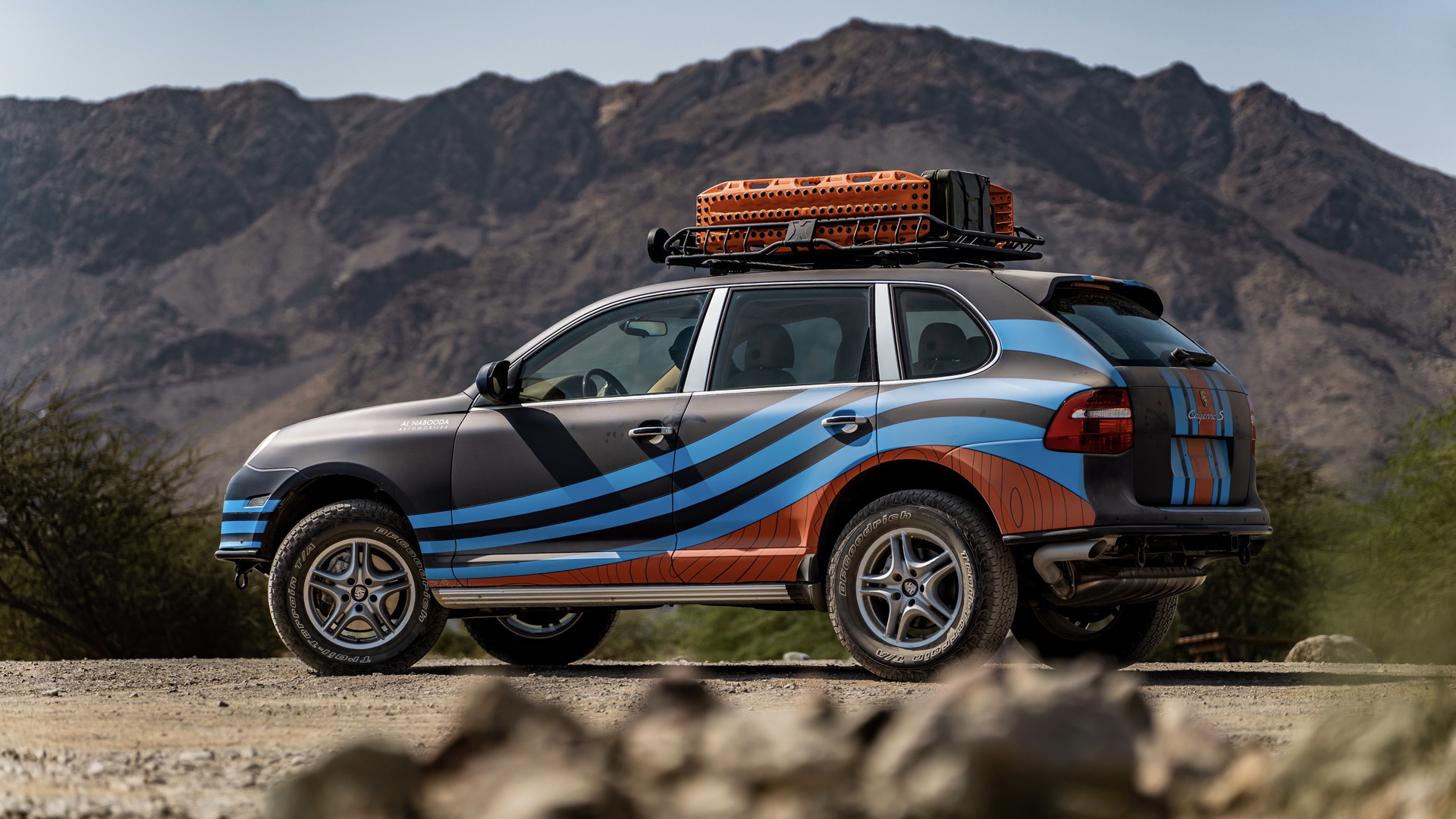 Porsche's Middle East division decided to mark this year's 20th anniversary of the launch of the Cayenne by challenging two UAE Porsche importers to modify a fleet of first-generation Cayennes to make them even more capable off-road.

The fleet, which was prepared by Dubai's Al Nabooda Automobiles and Abu Dhabi's Ali & Sons, was presented for the first time during the Icons of Porsche festival held in Dubai this past weekend.

They were shown after completing a trek though the mountainous desert region of Hatta, near Dubai, which served as a first test.

Simply sourcing the vehicles for the challenge was already an issue. The builders needed to find Cayennes that were originally delivered to the Gulf region, and in relatively good condition. As part of the challenge, the builders also needed to use some of the accessories that were recently made available for the Cayenne from Porsche Classic.

There were also modifications made to the SUVs that you won't find in the Porsche Classic catalog just yet. These included increased underbody protection, off-road wheels, spare wheel carriers, and a higher ground clearance.

Don't be surprised if some of these additional mods will be made available through Porsche Classic. Porsche said more accessories for the original Cayenne are coming in 2023.

Porsche itself has built Cayennes designed for serious off-roading. They were developed during the 2000s for the Rally Transsyberia, an event they ended up dominating.