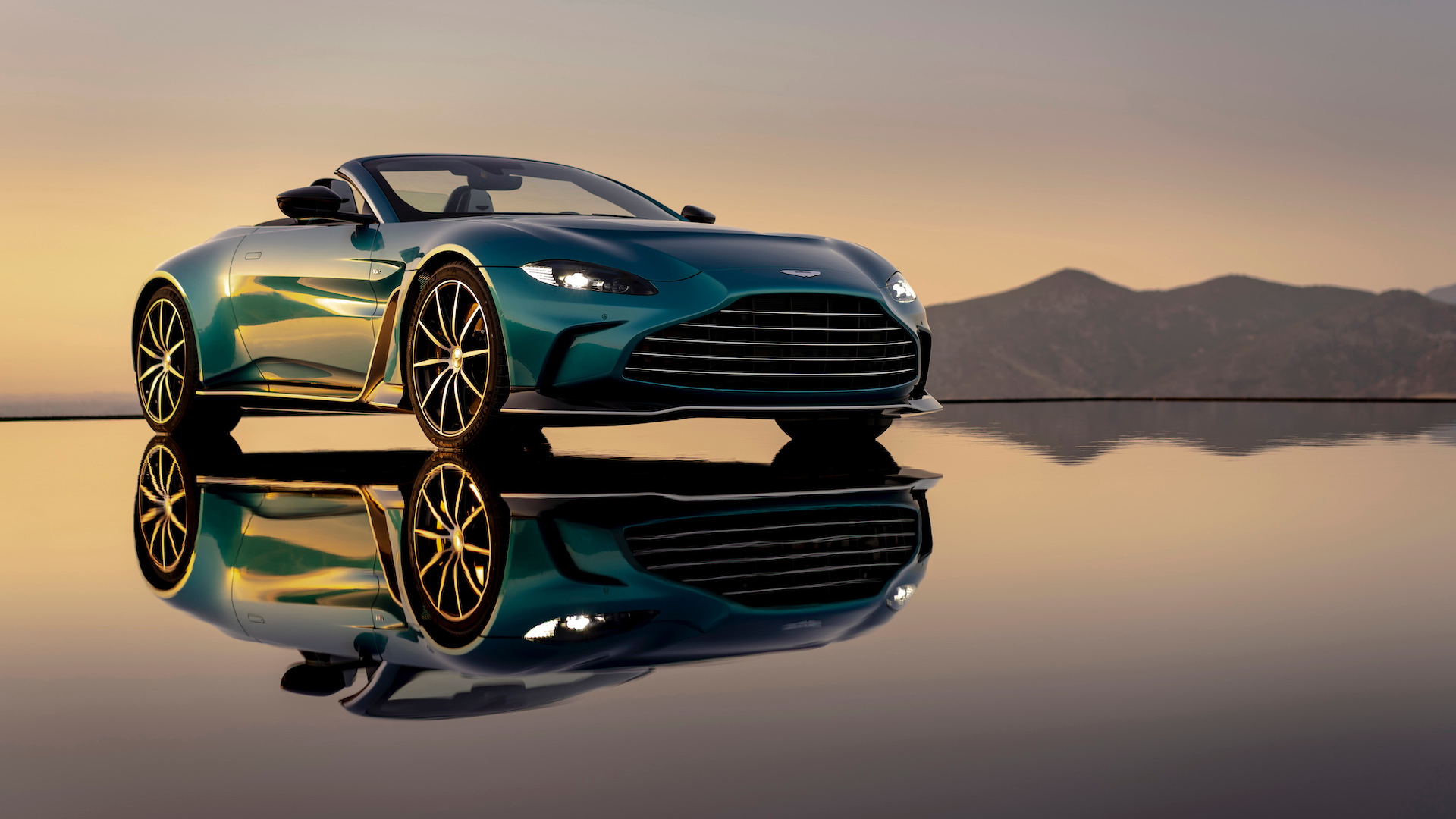 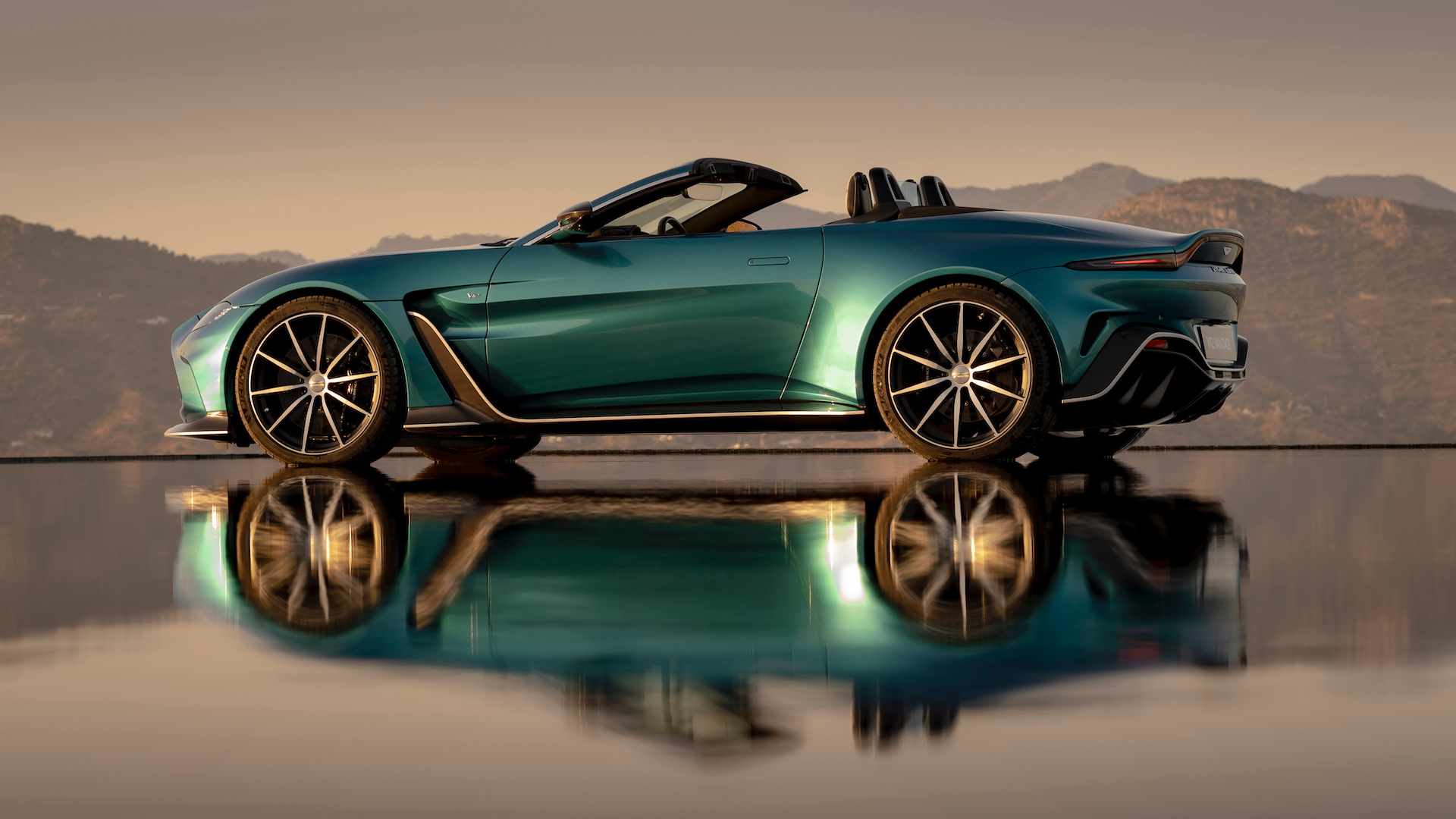 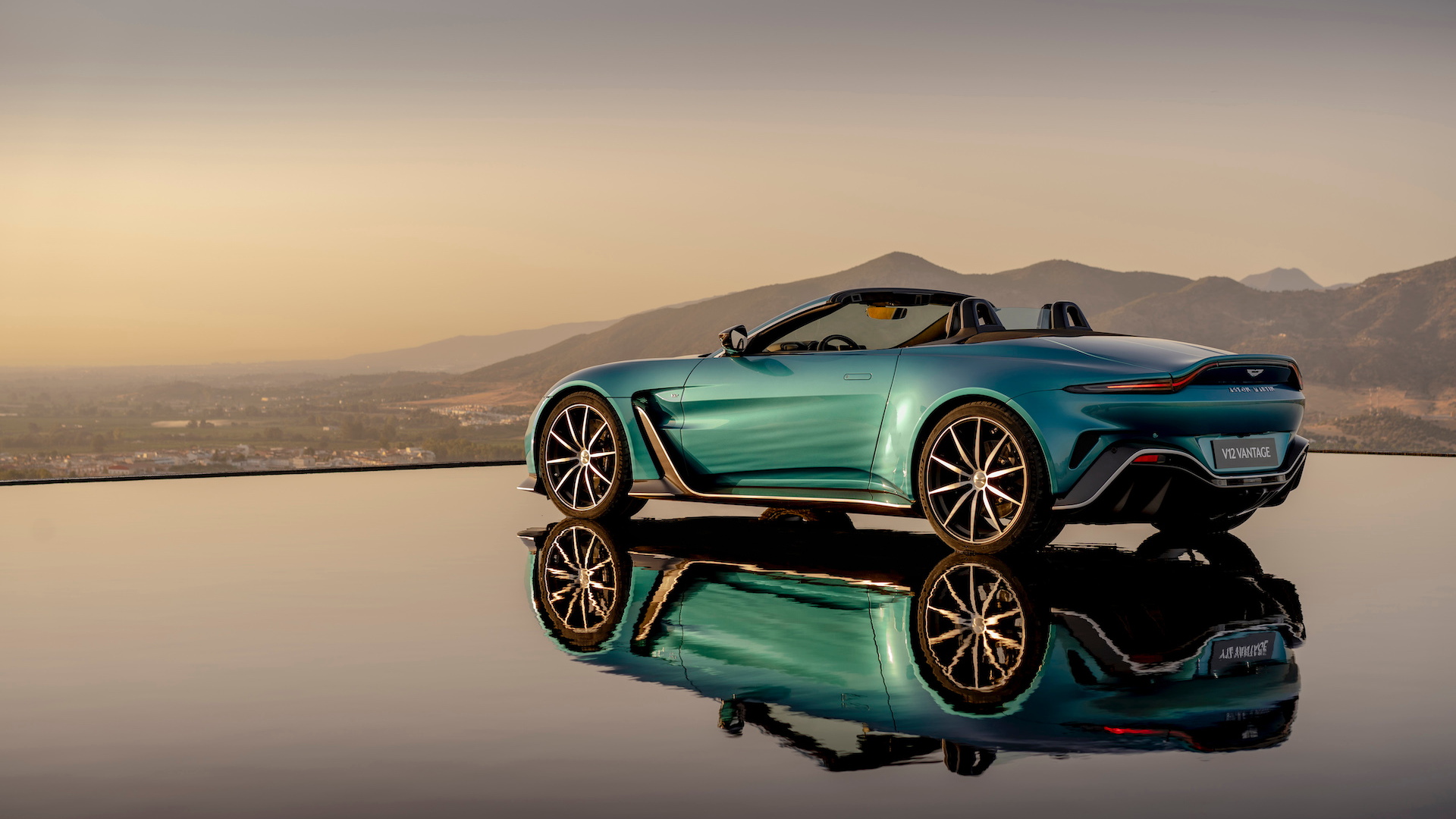 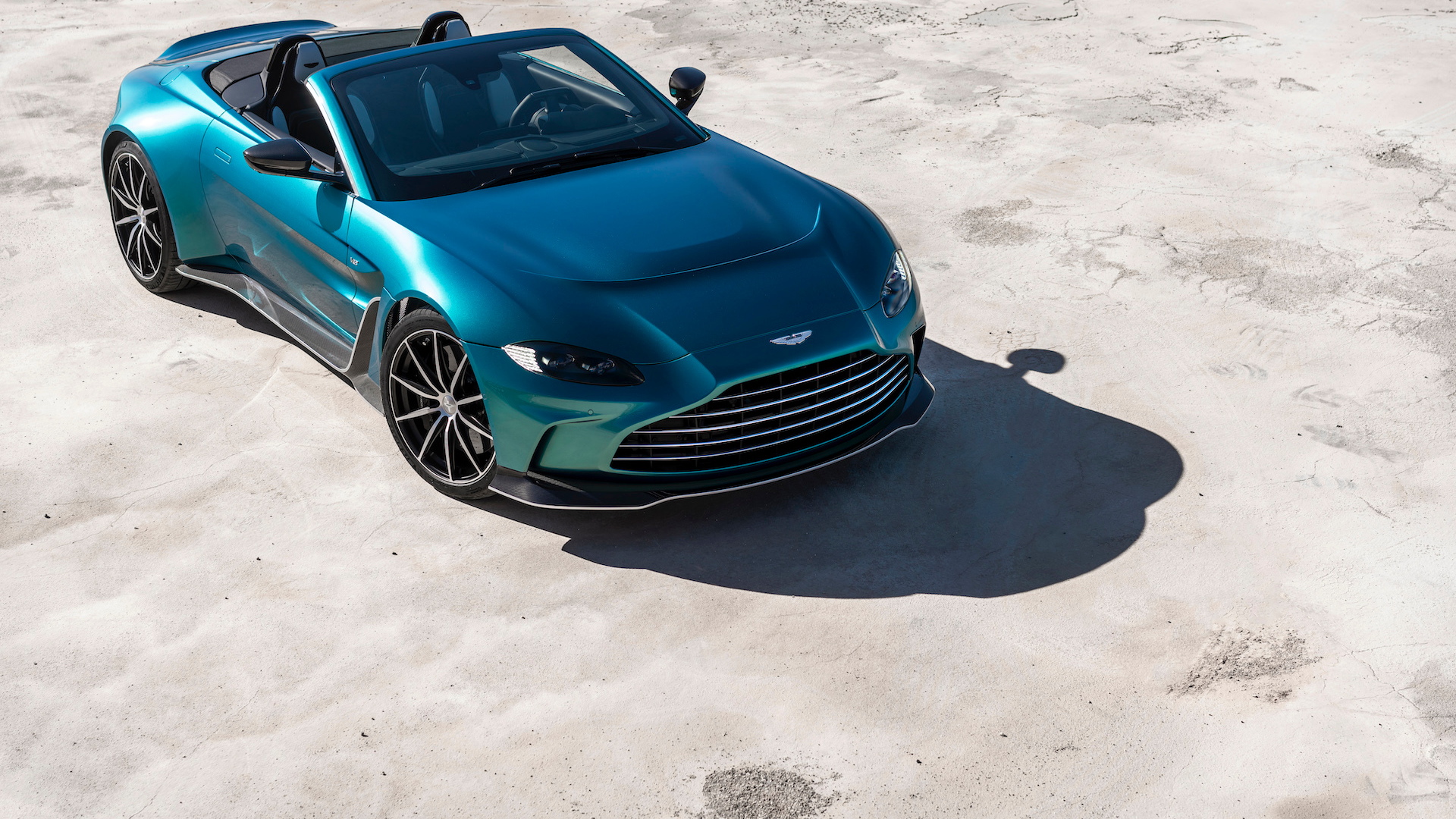 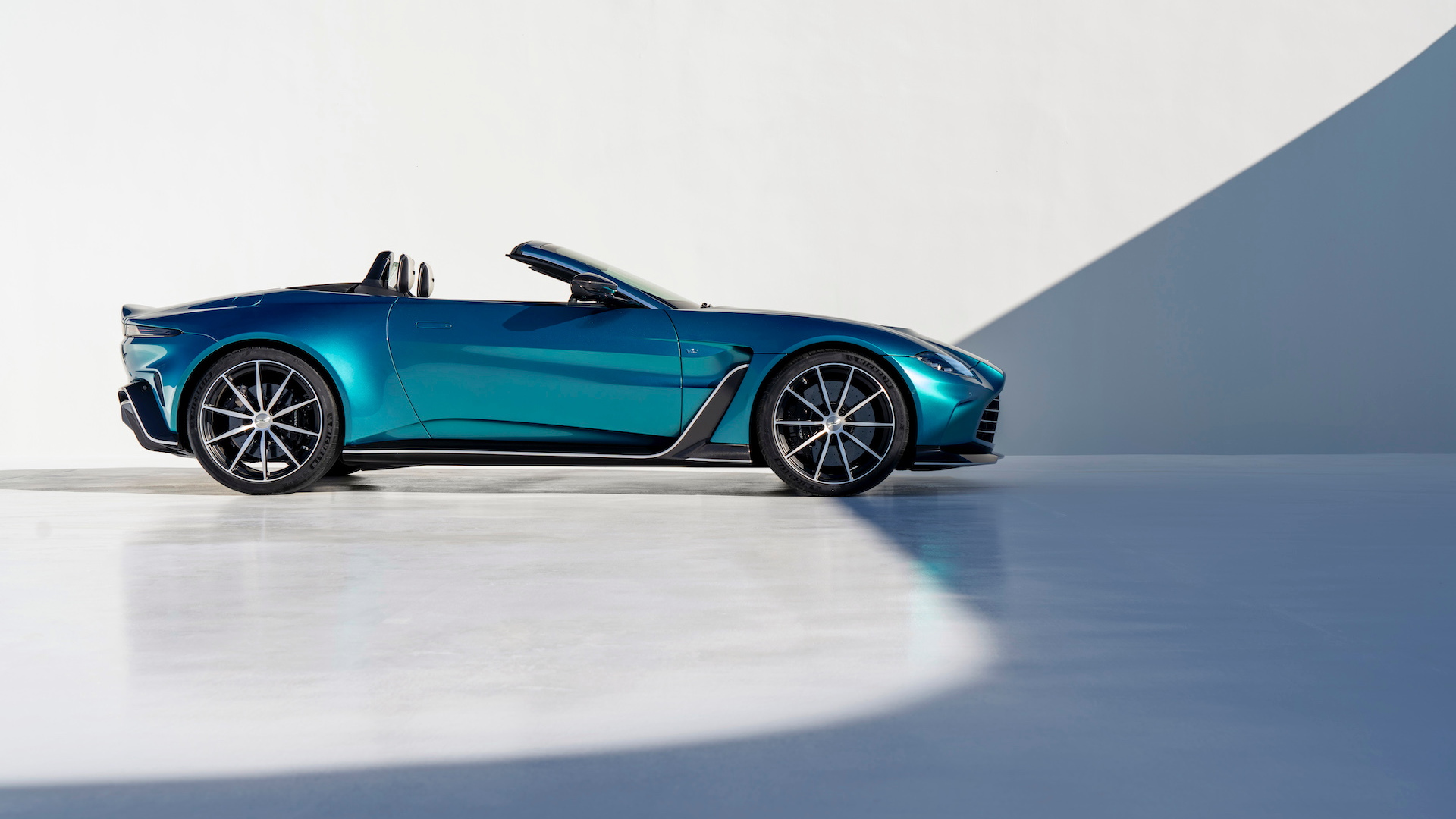 Aston Martin unveiled a new generation of its V12 Vantage in March, and sadly the car has been confirmed as the last of its kind.

Aston Martin said at the time that just 333 examples would be built. What the automaker didn't say, however, was that a V12 Vantage Roadster was also planned, with the reveal of the open-top car taking place late on Friday during Aston Martin's Club 1913 exhibit at 2022 Monterey Car Week. It was presented alongside the DBR22, a sultry speedster developed by the Q by Aston Martin personalization department.

The V12 Vantage, which in roadster form is limited to 249 units, is designed to go up against extreme track-focused cars like the Mercedes-Benz AMG GT Black Series and Porsche 911 GT2 RS, and a roadster body style holds a unique proposition in that set.

There's also a host of chassis and aerodynamic mods to go with the beefed-up powertrain, with many of the settings unique to the roadster. The list includes new dampers, anti-roll bars, bushings, spring rates, body reinforcements, a mechanical limited-slip differential, and a widened track. There's also no missing the huge rear wing, which helps the car deliver a maximum 476 lb of downforce. On the coupe, the wing is standard but can be deleted. On the roadster, the wing is offered as an available extra.

Stopping power comes carbon-ceramic brake rotors measuring 16.1 inches and with six-piston calipers up front and 14.2 inches with four-piston calipers at the rear. We're told the carbon-ceramic element of the brake package helps save 50.7 lb of unsprung mass compared to the regular steel rotors. A set of 21-inch wheels wrapped in Michelin Pilot 4S tires (275/35 front and 315/30 rear) is also standard.

Unlike the previous V12 Vantage, which came with a manual transmission, the sole transmission this time is the Vantage's 8-speed automatic, albeit with unique calibrations in the latest application for faster, crisper shifts. Fans will have to get used to automatics. The Vantage line is Aston Martin's last car with the option of a manual, and the automaker plans to phase out it out with the arrival of an updated Vantage due in 2023.

You might be wondering why Aston Martin is also killing off the V12 Vantage. The automaker plans to launch hybrids and electric vehicles in the future, and this electrification strategy will extend to its sports car lineup. In fact, Aston Martin has already locked in an electric sports car for 2025.

As mentioned above, just 249 examples of the V12 Vantage Roadster will be built, and all build slots have been filled. Deliveries start in late 2022.