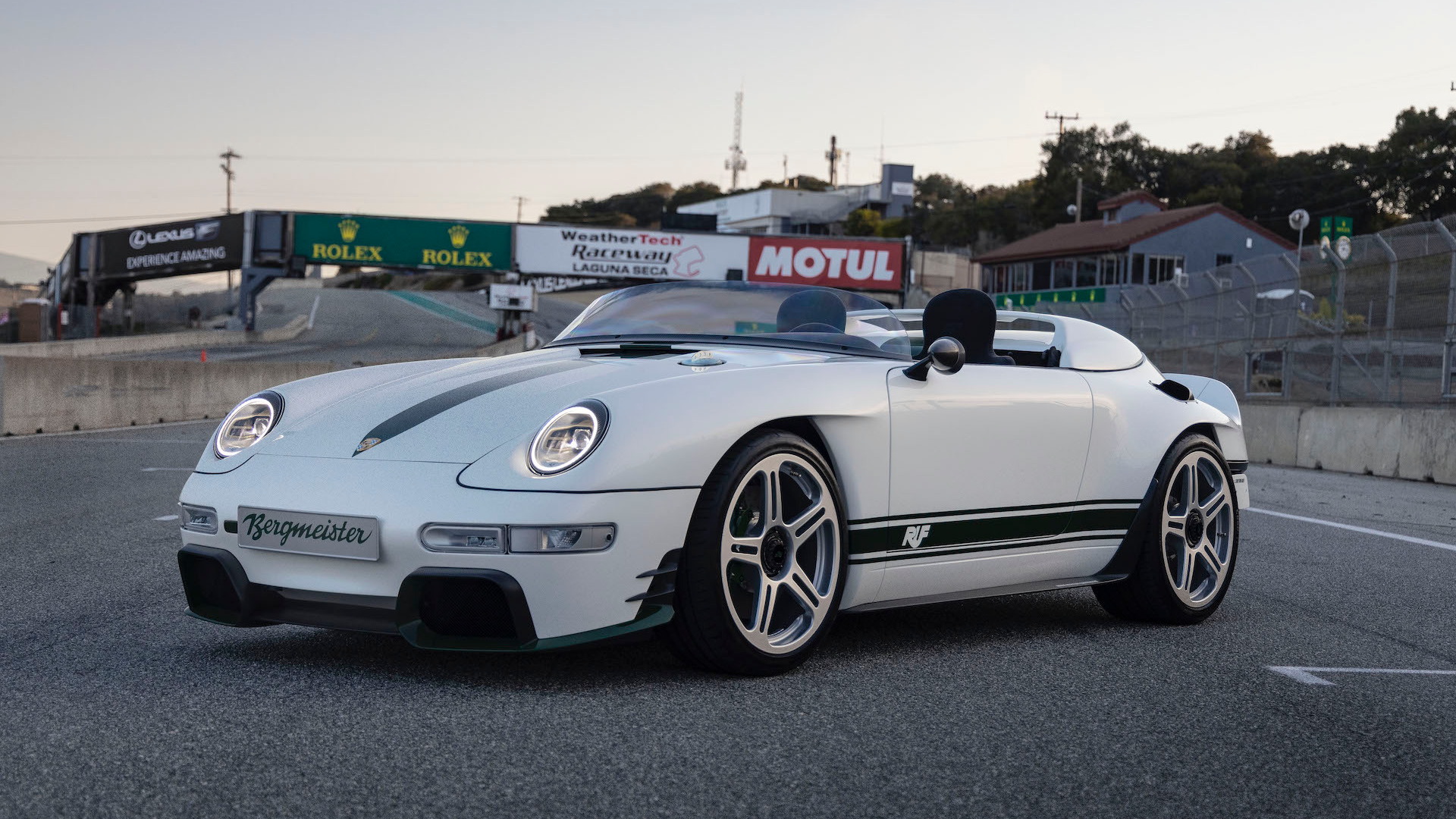 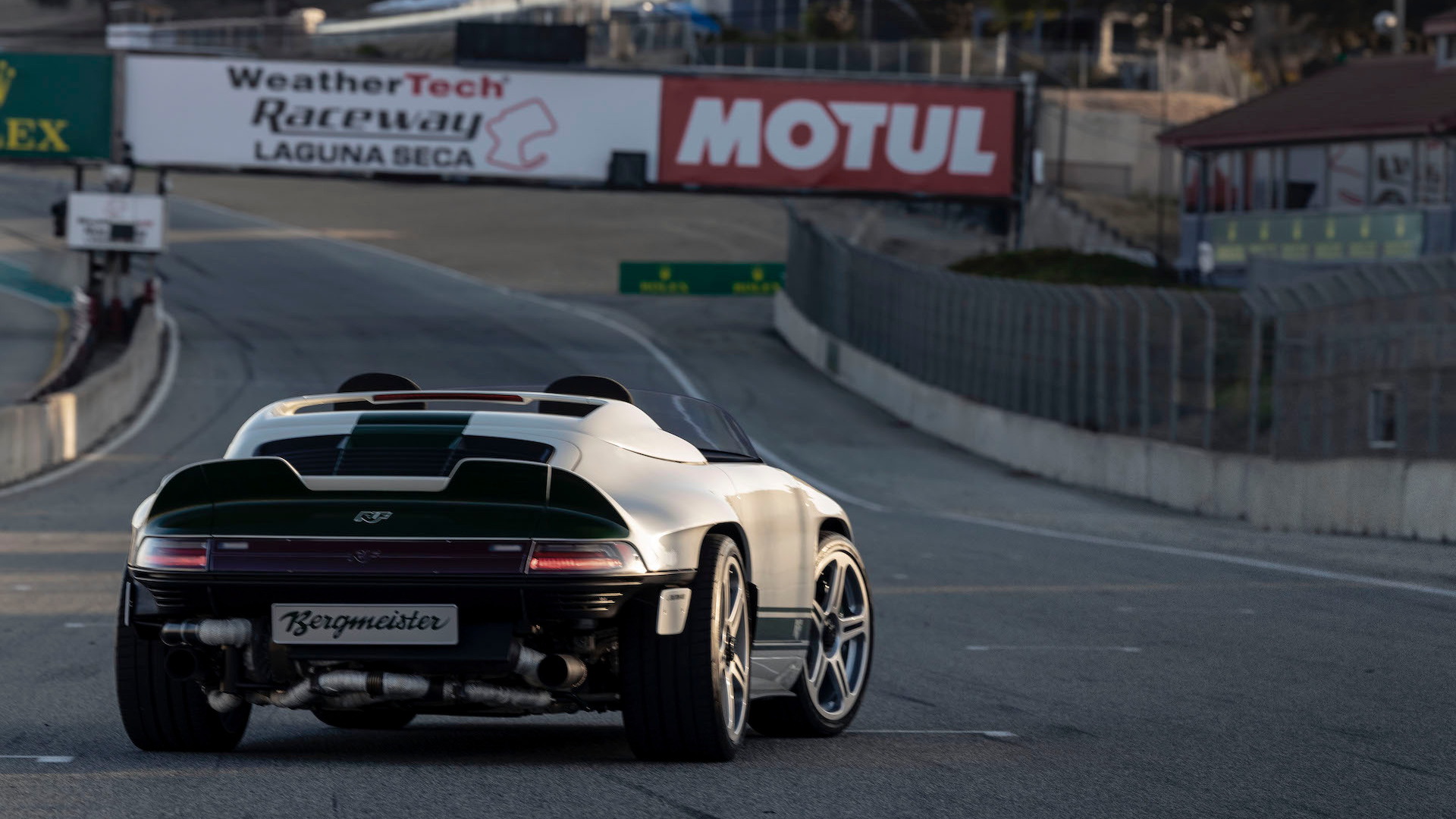 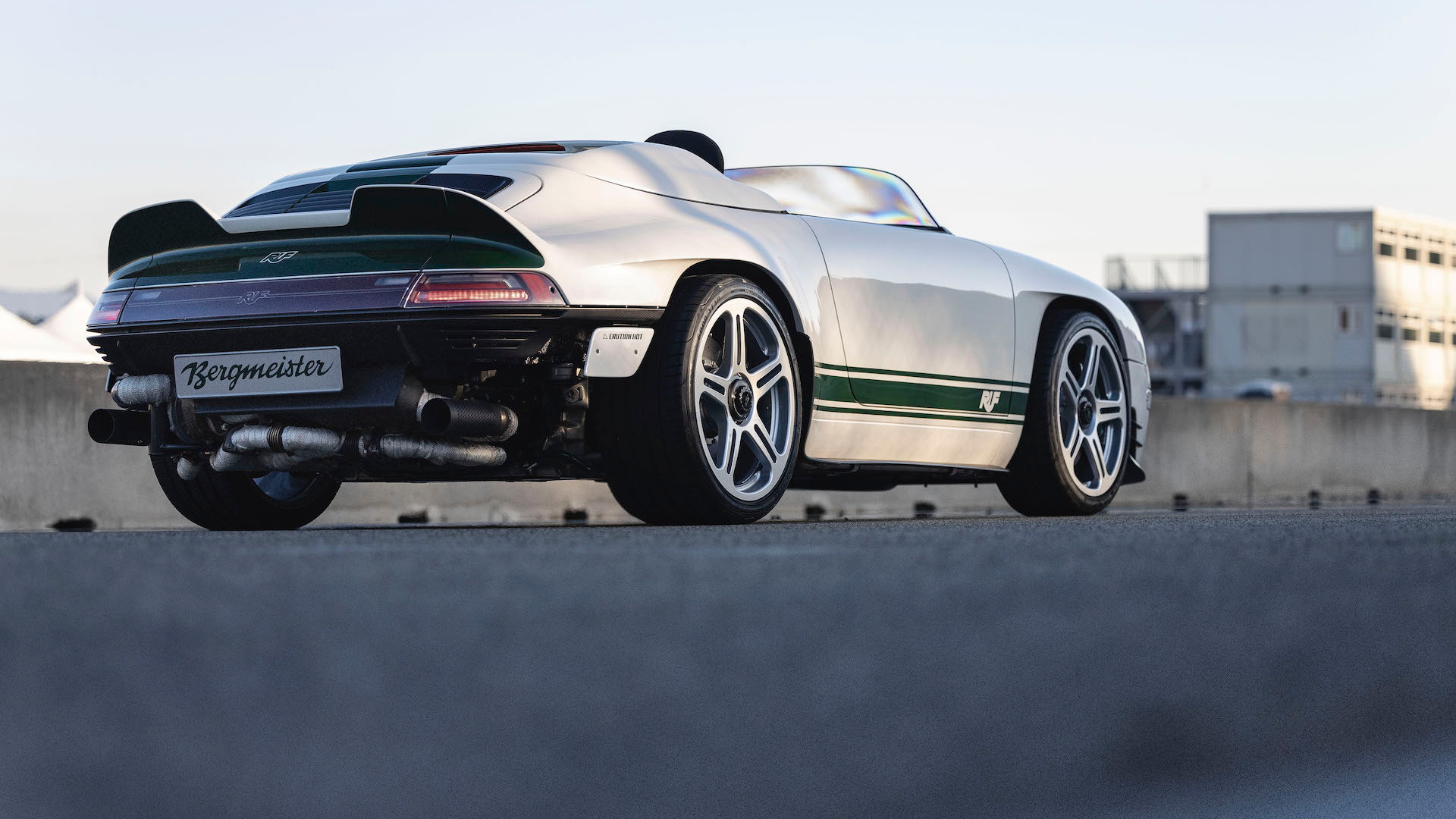 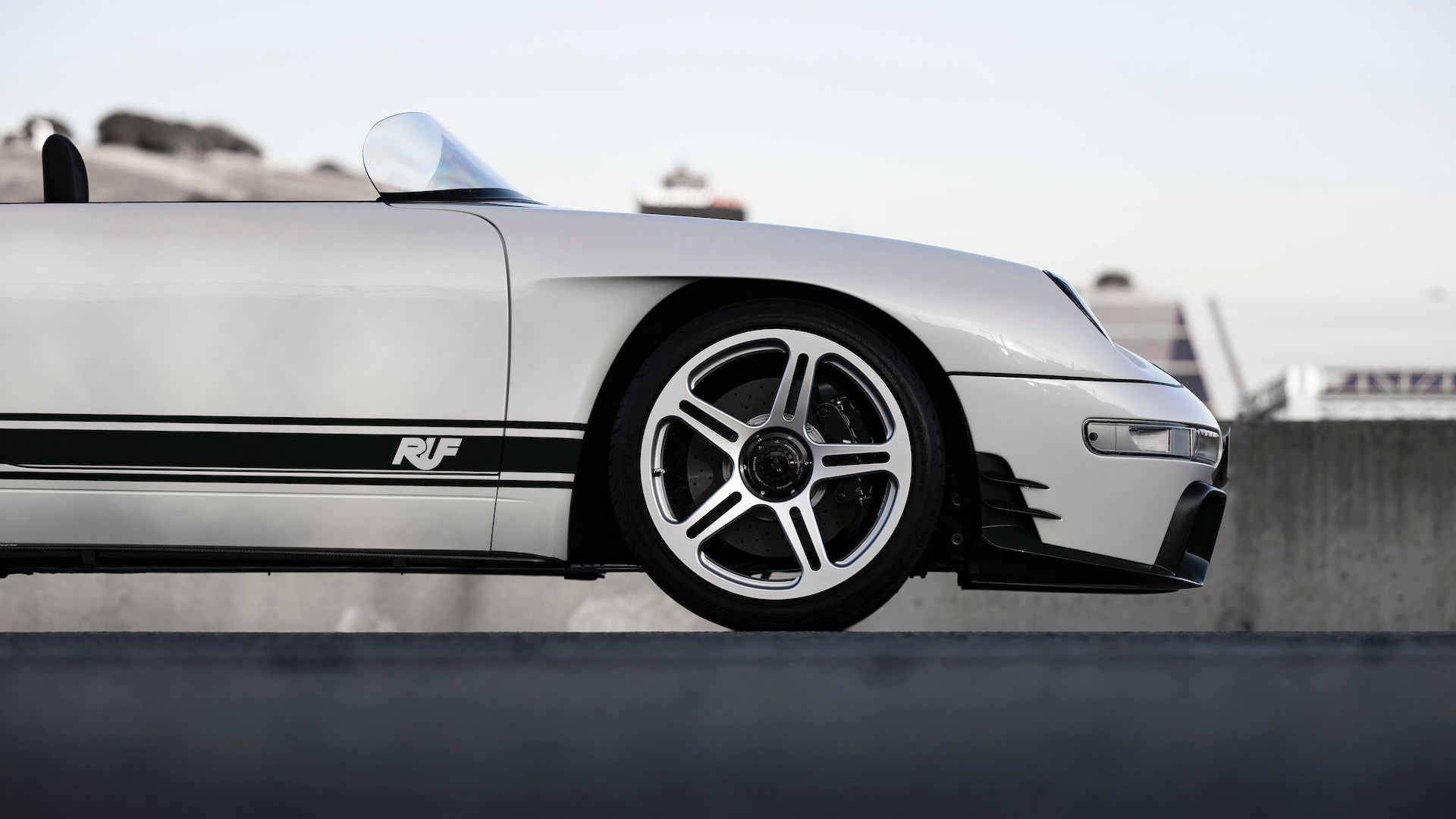 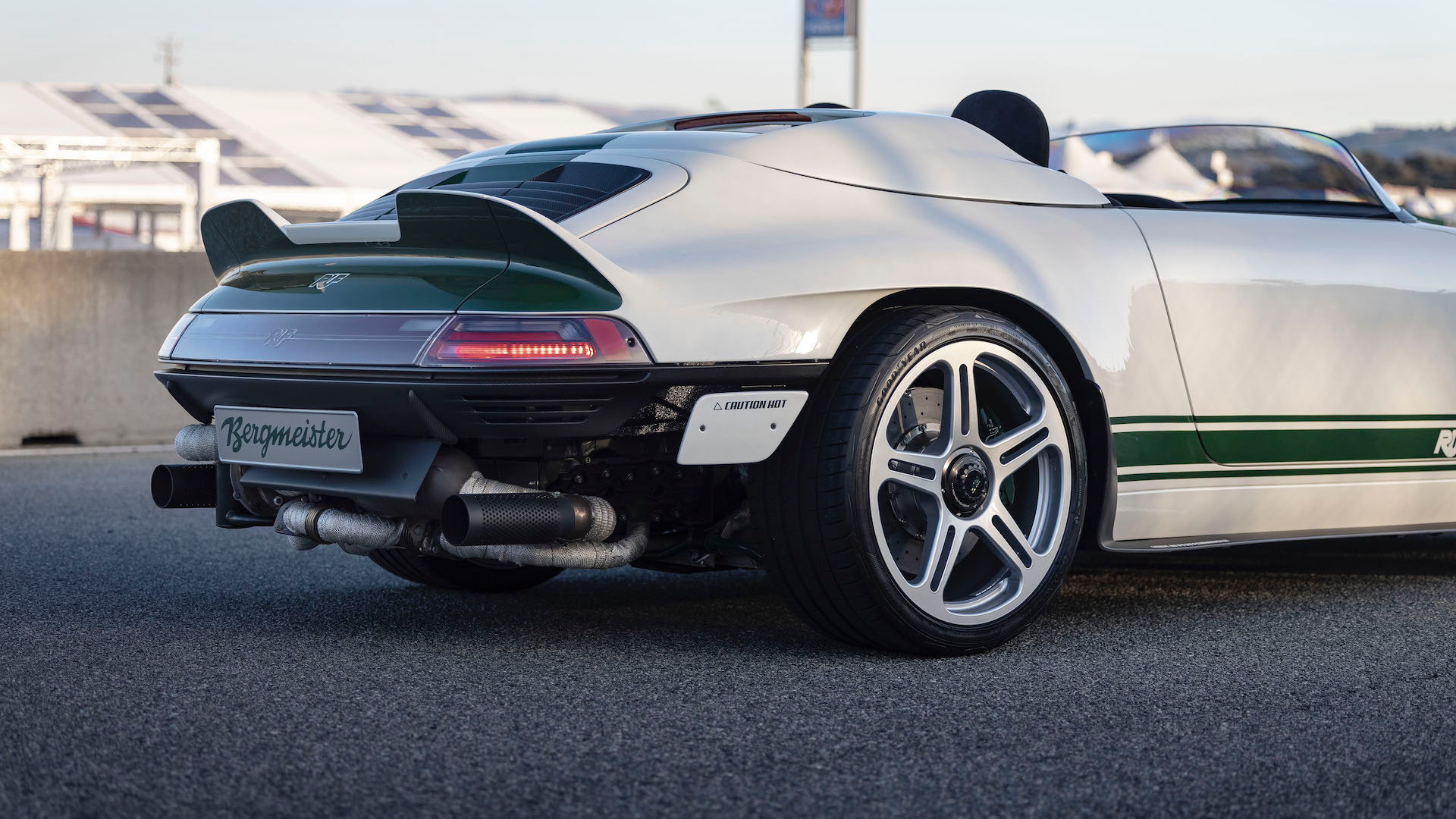 Ruf brought a modern tribute to classic Porsche hillclimb racers to The Quail, A Motorsports Gathering, one of the marquee events of Monterey Car Week.

The Ruf RBS, or "Bergmeister," was inspired by the Porsche 906, 909 Bergspyder, and 718 RS 60 Spyder race cars of the 1960s, but it features styling from the more recent 993-generation Porsche 911, with bodywork rendered in carbon fiber over a steel chassis. The goal was to resurrect a purer driving experience from a simpler time, and it's made to tackle a twisty road or a racetrack.

"When we started our own automobiles in 1974 it was all for the thrill of the drive," company founder Alois Ruf said in a statement. "Bergmeister embodies the most elemental driving experience."

In place of the streamlined tonneau cover of the pair of 993 Speedsters built by Porsche, the Bergmeister gets an integrated rear spoiler. It also sports LED headlights that can be fitted to any 993 911, per Ruf.

The Bergmeister is powered by a rear-mounted 3.6-liter flat-6 with dry sump lubrication. Engineered by Ruf, it produces 443 hp and 442 lb-ft of torque. That power is sent to the rear wheels through a 6-speed manual transmission and limited-slip differential.

The open interior features Alcantara upholstery that extends to the steering wheel, and the sport seats have Houndstooth inserts. It's a retro look for a car that is meant to capture a vintage feel yet with modern components that only improve the experience.

In addition to the global debut of the Bergmeister, the Ruf SCR made its North American debut at The Quail. An homage to the original 1978 Ruf SCR, it's powered by a naturally aspirated 4.0-liter flat-6 making 510 hp and 346 lb-ft of torque, and also has a 6-speed manual. Ruf hasn't confirmed plans to sell either the Bergmeister or SCR in the U.S., but don't be surprised if they turn up here unannounced, like the Ruf Ultimate spotted earlier this year.