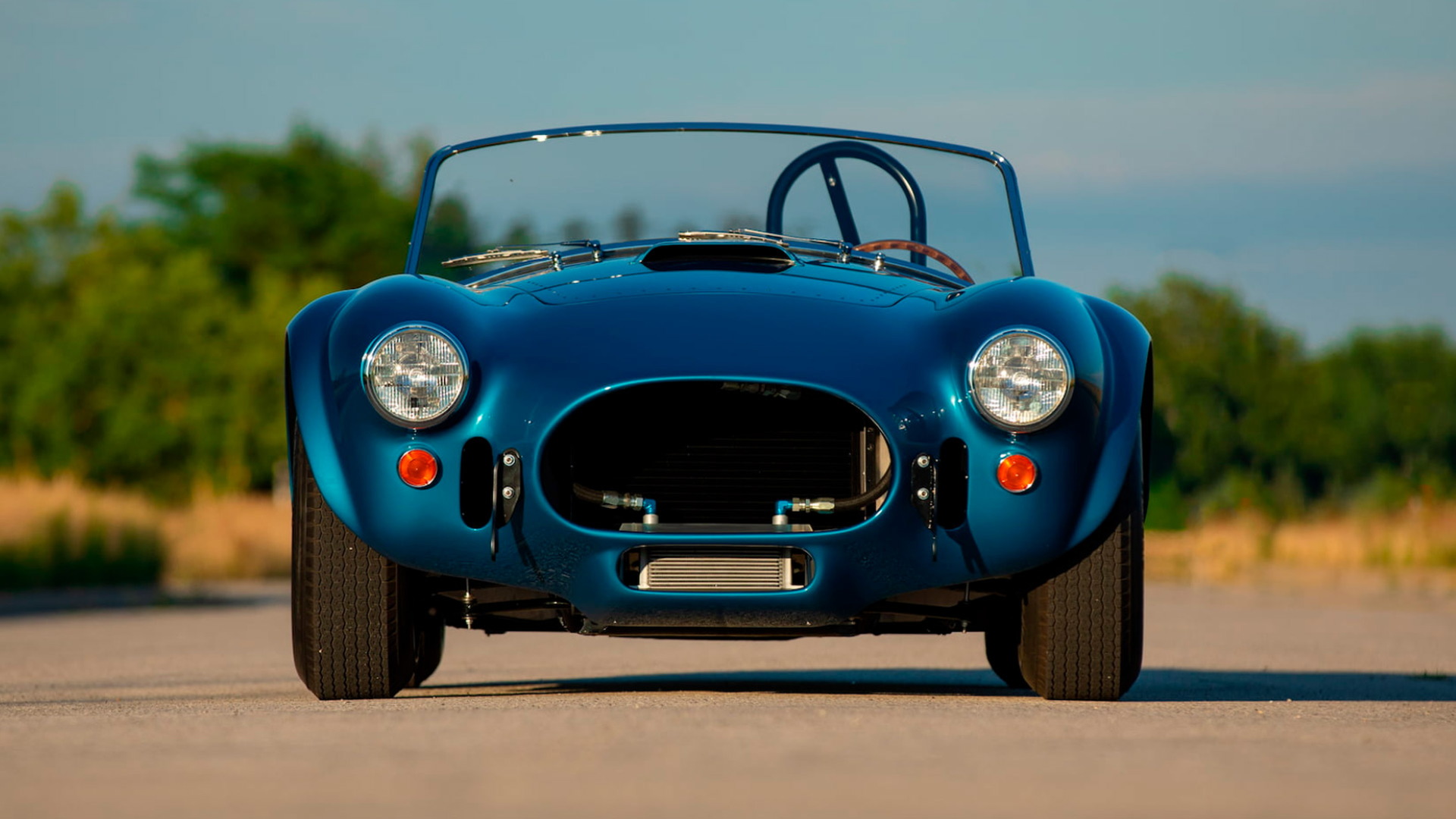 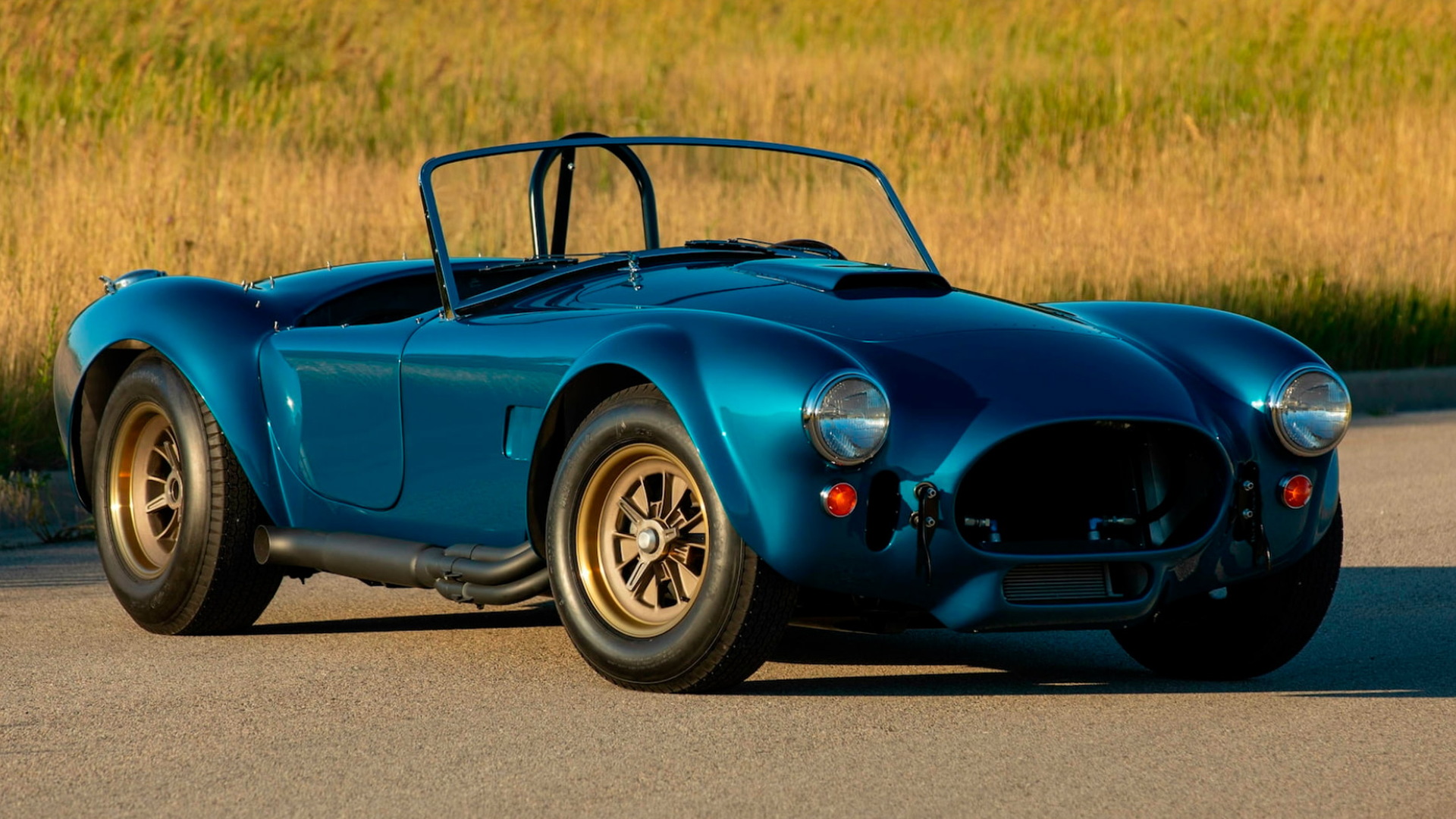 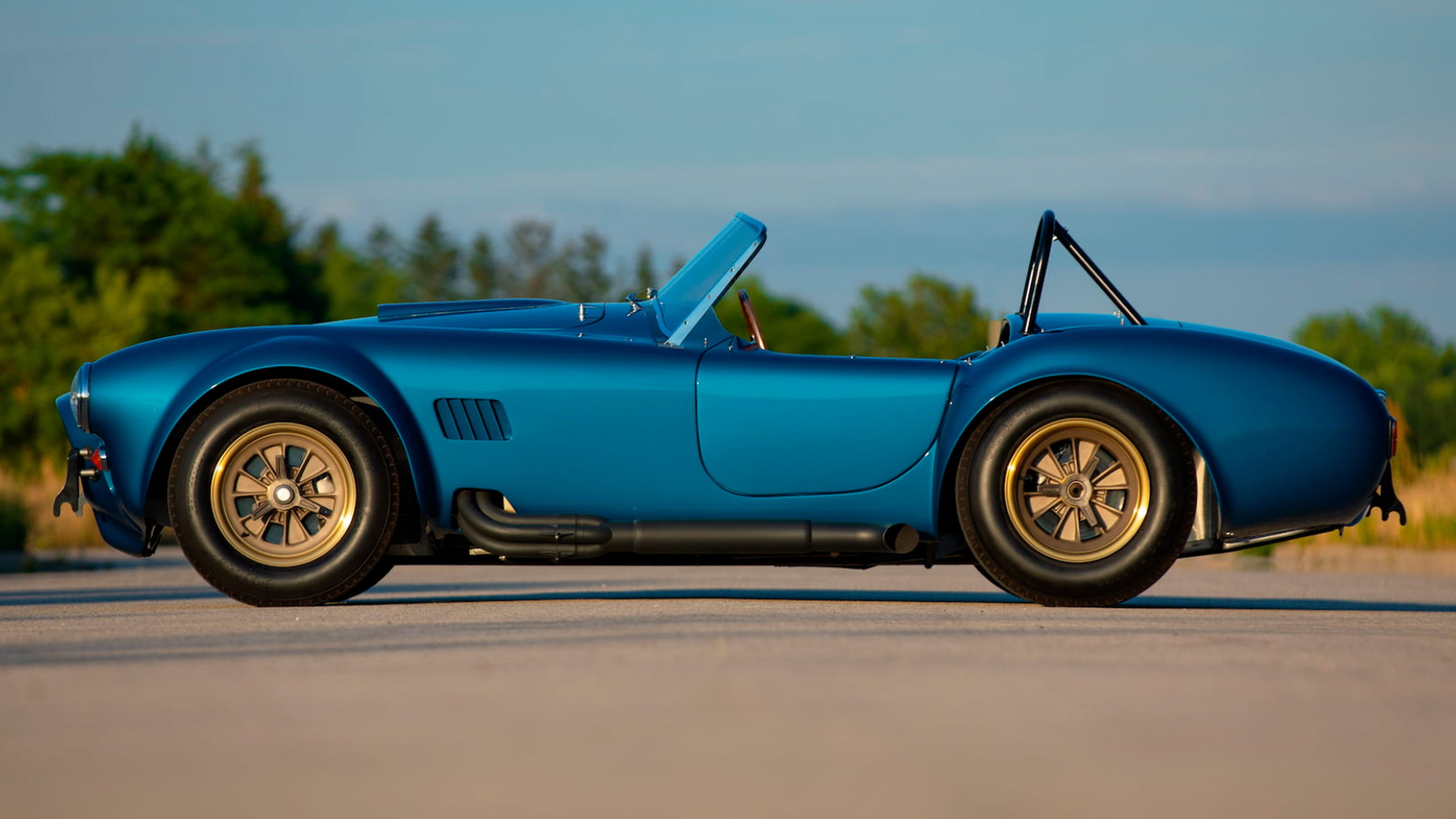 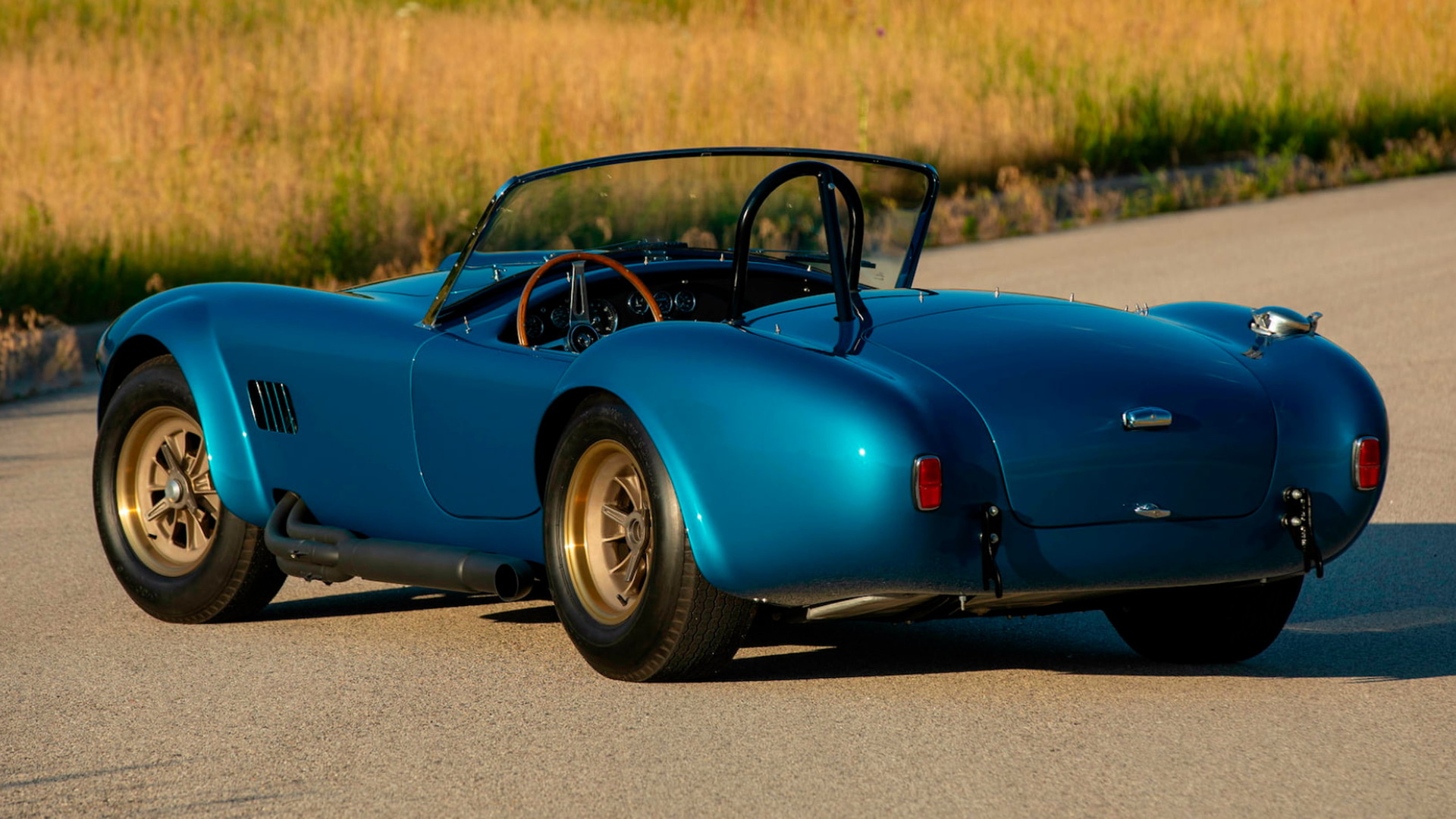 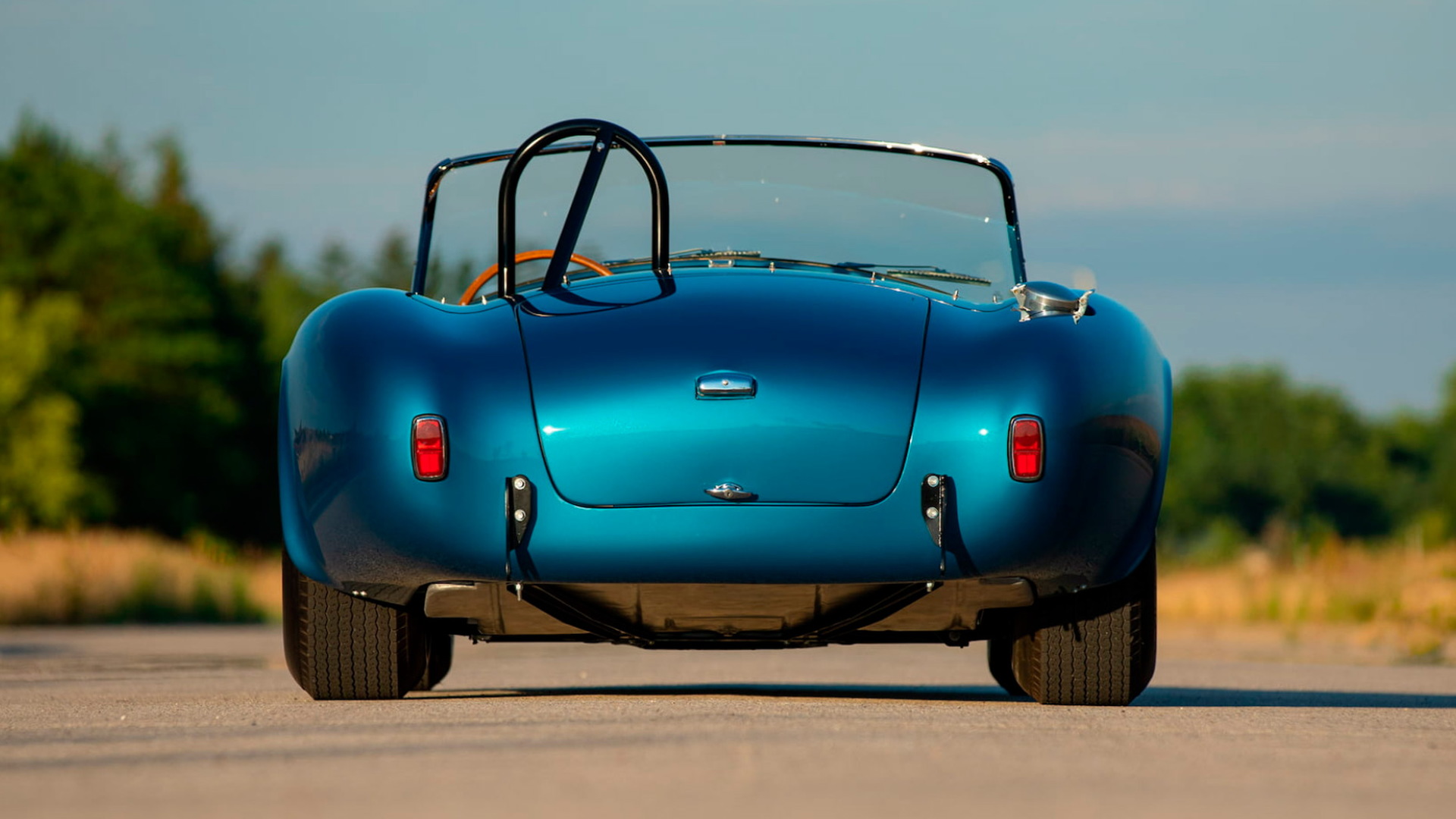 The Shelby Cobra is a common sight at car shows thanks to a burgeoning replica business, but original cars are exceedingly rare—and the 1965 Shelby 427 Competition Cobra headed to auction next month is among the rarest of Cobras.

This car, bearing chassis number CSX3006 and featuring its original aluminum body, is one of just 23 examples, and it will go under the hammer at Mecum's auction coinciding with 2022 Monterey Car Week.

After Shelby American founder Carroll Shelby achieved success installing a small-block 289 Ford V-8 in the lightweight AC Ace chassis to create the Cobra, he upped the ante with the big-block 427 model. The bigger, more powerful engine required a redesigned chassis, and the bodywork was also modified with bigger fender flares and a gaping front intake.

The cars proved potent on the track in the early 1960s, dominating the SCCA A-Production class for example. Naturally Shelby wanted to race the car intentionally, which resulted in the 427 Competition Cobra race car. For FIA homologation, 100 examples needed to be built. Shelby only got to 56 cars, thus the project was canned.

Shelby then started converting the Competition Cobras for road use. He did this to 31 of the cars, which were given the S/C tag, signifying them as “Semi-Competition” cars. A total 23 cars remained in Competition spec and often ended up being raced privately.

Chassis no. CSX3006 was originally ordered by William Freeman of Muncie, Indiana, in a custom metallic blue with gold stripes. Freeman took delivery in 1965 and entered the car that year in two SCCA races before receiving a contract to race with a team in Europe, thus the Competition Cobra was sold, initially to a U.S. Air Force officer stationed in France, and then to British racing team The Chequered Flag in 1966.

The car entered several races in 1966 at various venues, including at Goodwood and Brands Hatch. During its life, it was also raced by three Formula 1 drivers: Chris Irwin, David Piper and Bob Bondurant. Of its race outings, the Ilford Films 500 held in 1966 at Brands Hatch was the best result, with Piper and Bondurant bringing home victory. An FIA World Sports Car Championship race at Zeltweg, Austria, later in 1966 would be the last front-line outing for the car.

No estimate for the car has been given, but you can count on the final bid running into the millions, given the rareness and racing history. We'll remind you that chassis no. CSX2000, the first Cobra, sold for $13.75 million in 2016, and there was also chassis no. CSX2601, the Daytona Cobra Coupe that became the first American car to win an international title, that sold for $7.25 million in 2009.

Mecum's auction in Monterey runs Aug. 18-20. There will also be a trio of Ferrari LaFerrari prototypes going under the hammer. Other highlights will include a rare McLaren Sabre, a 1973 Porsche 911 Carrera RS 2.7 previously owned by Paul Walker, and a stunning 1936 Duesenberg Model J.