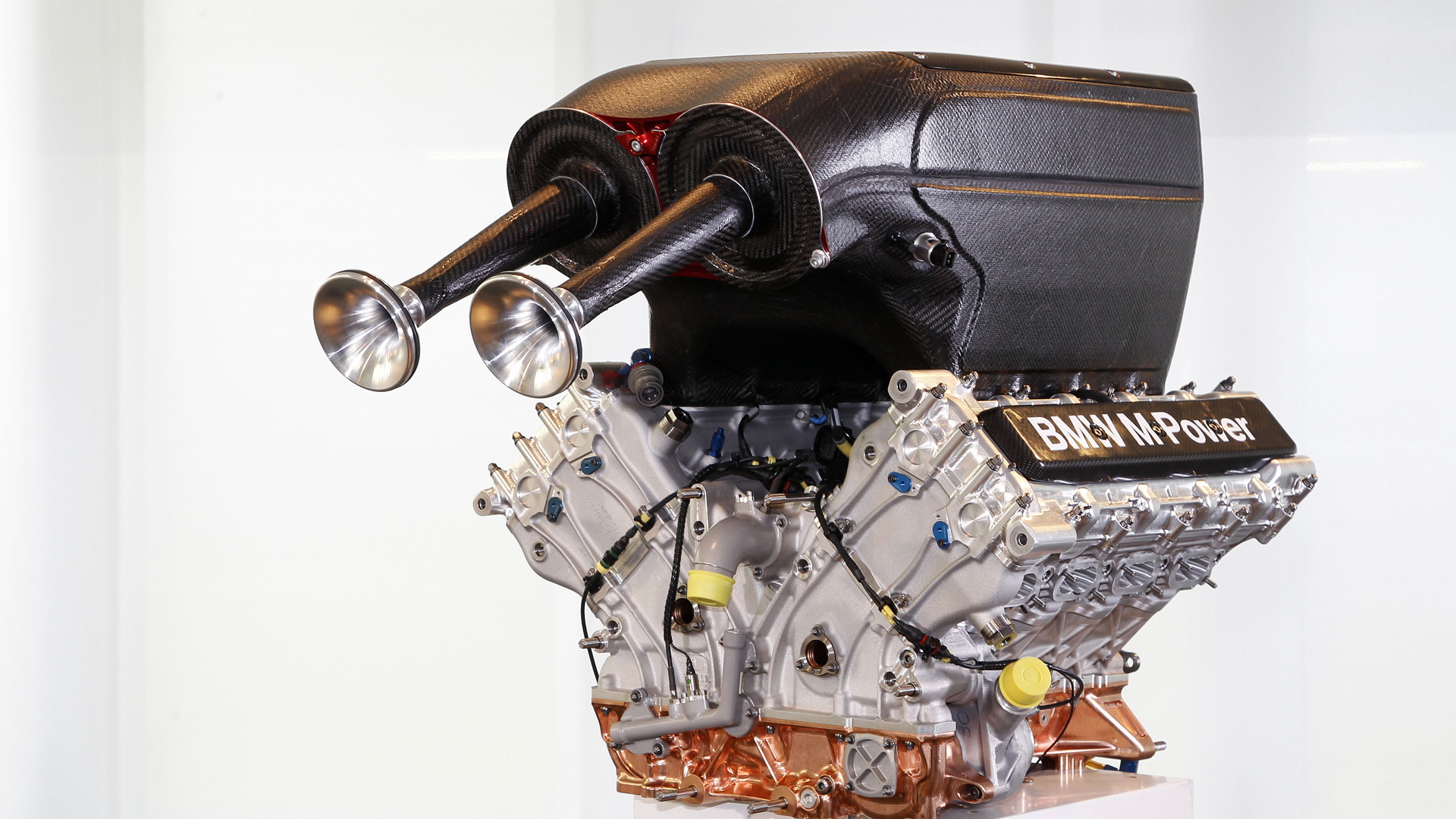 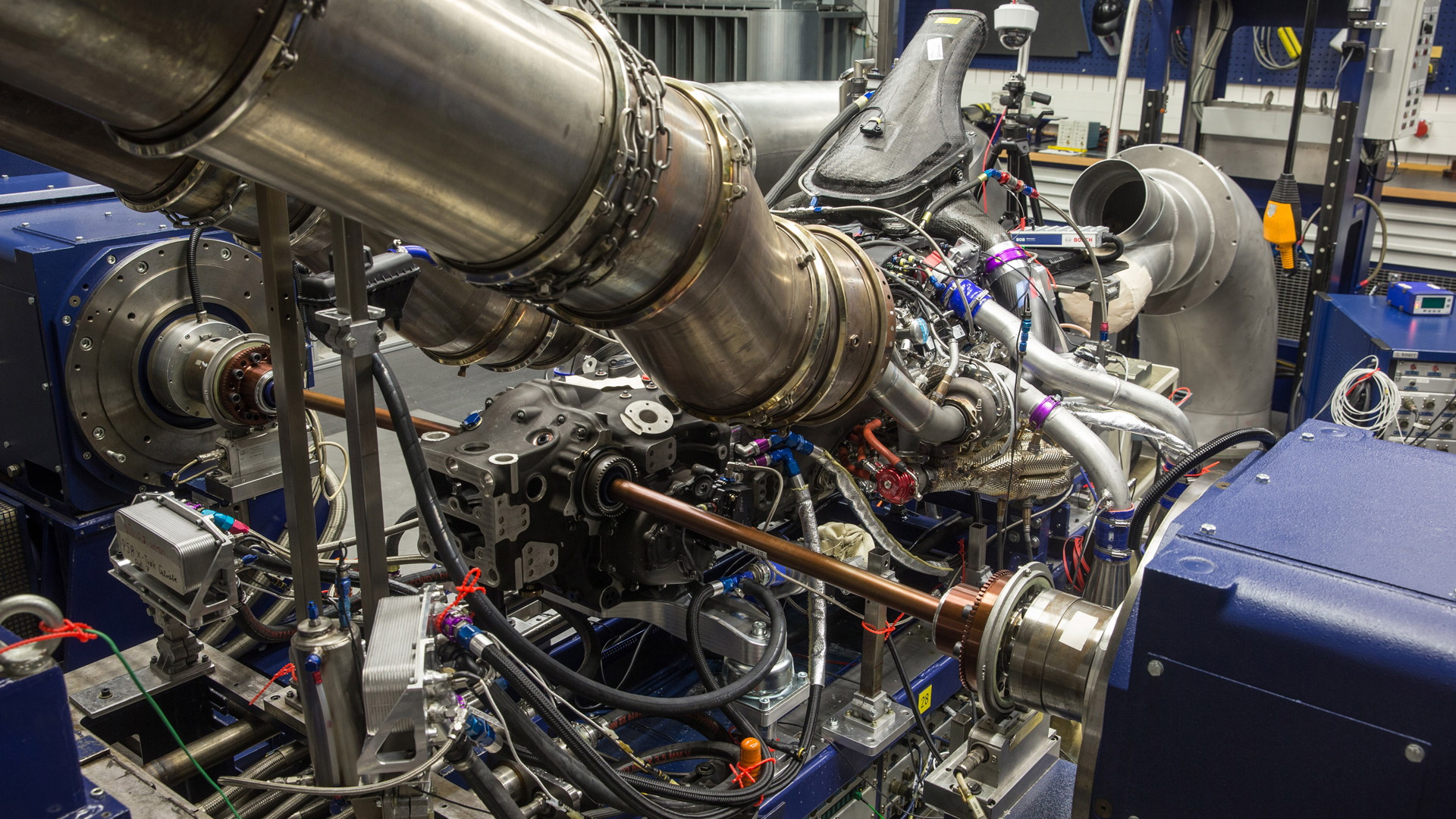 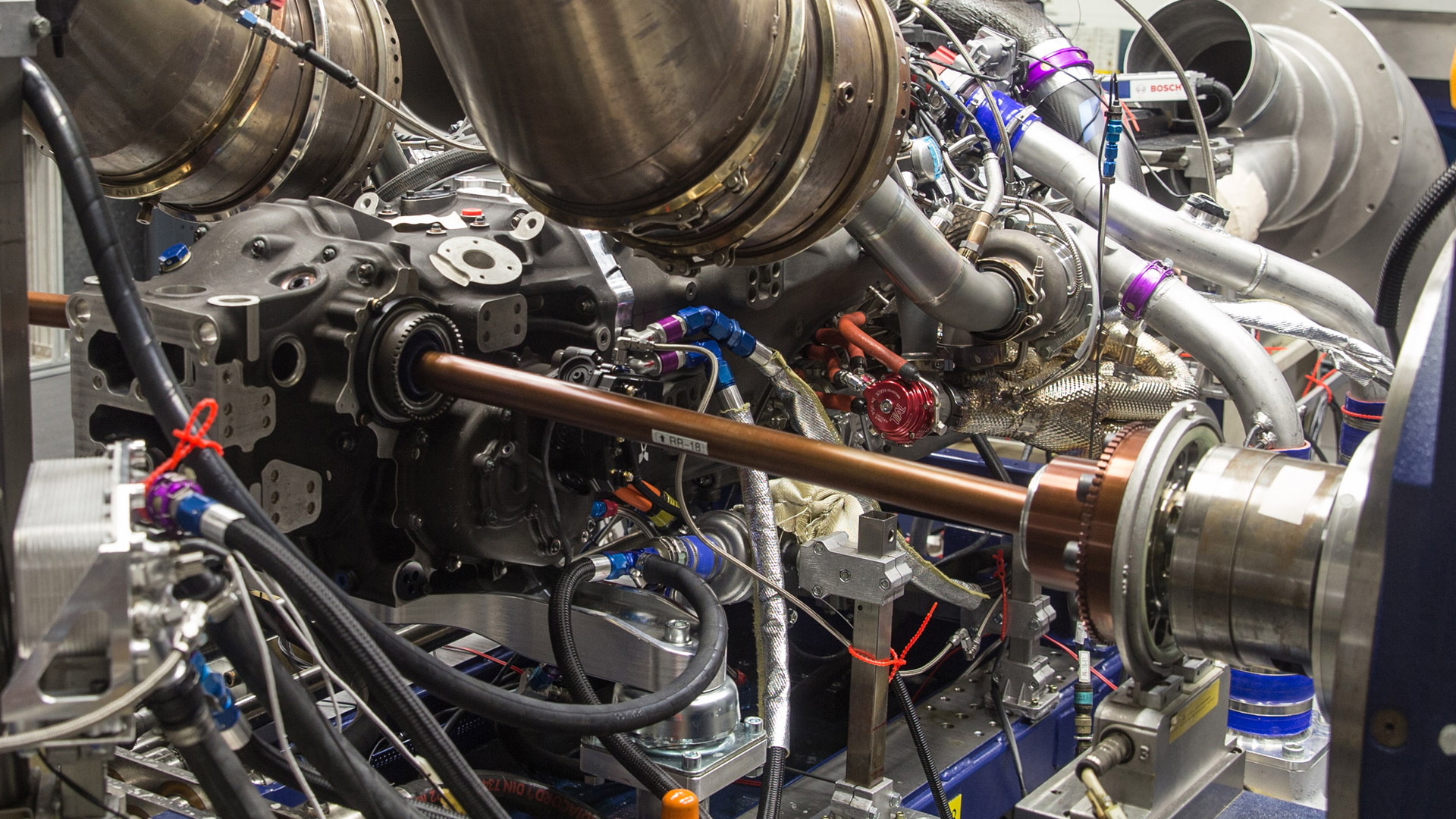 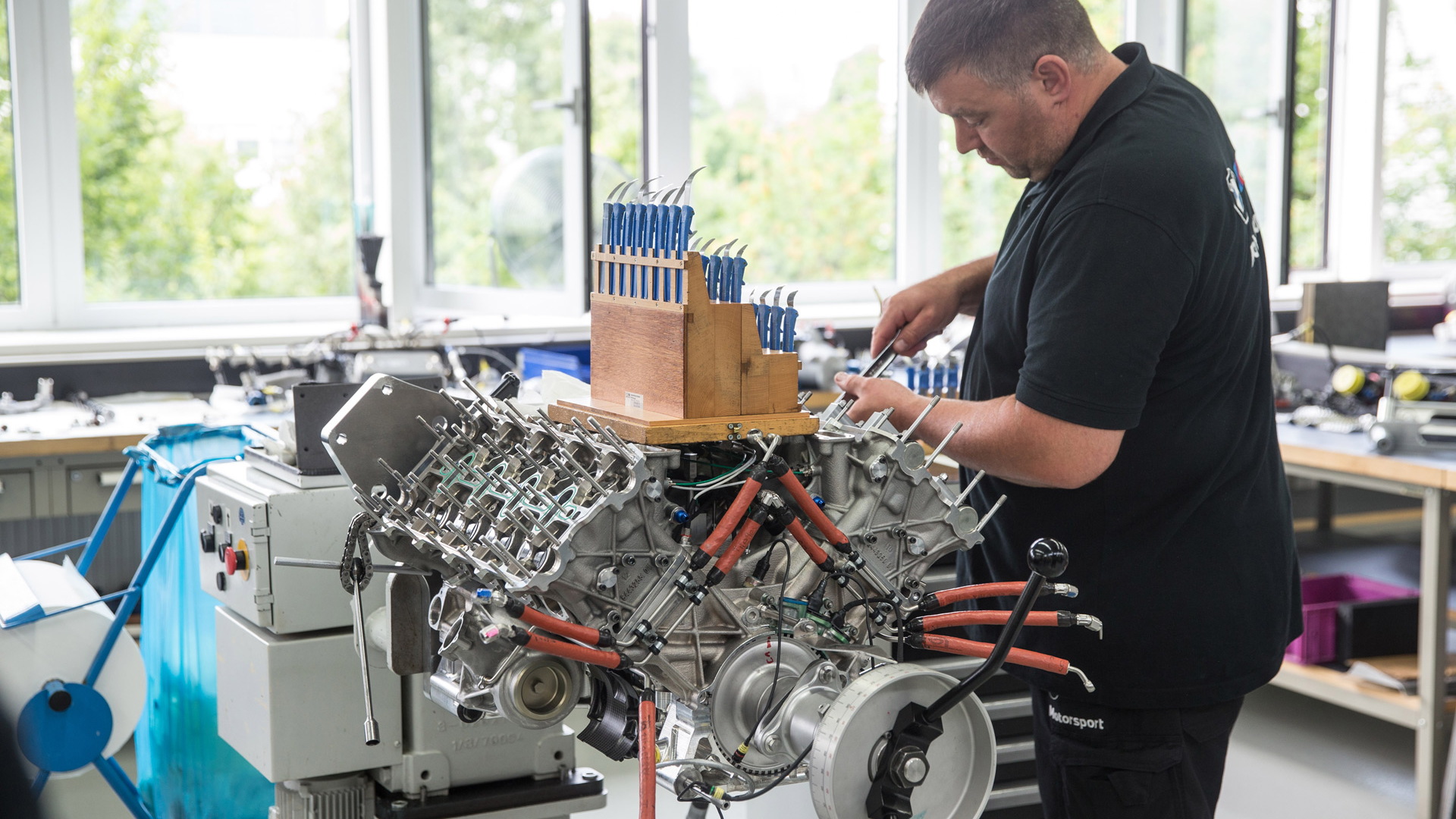 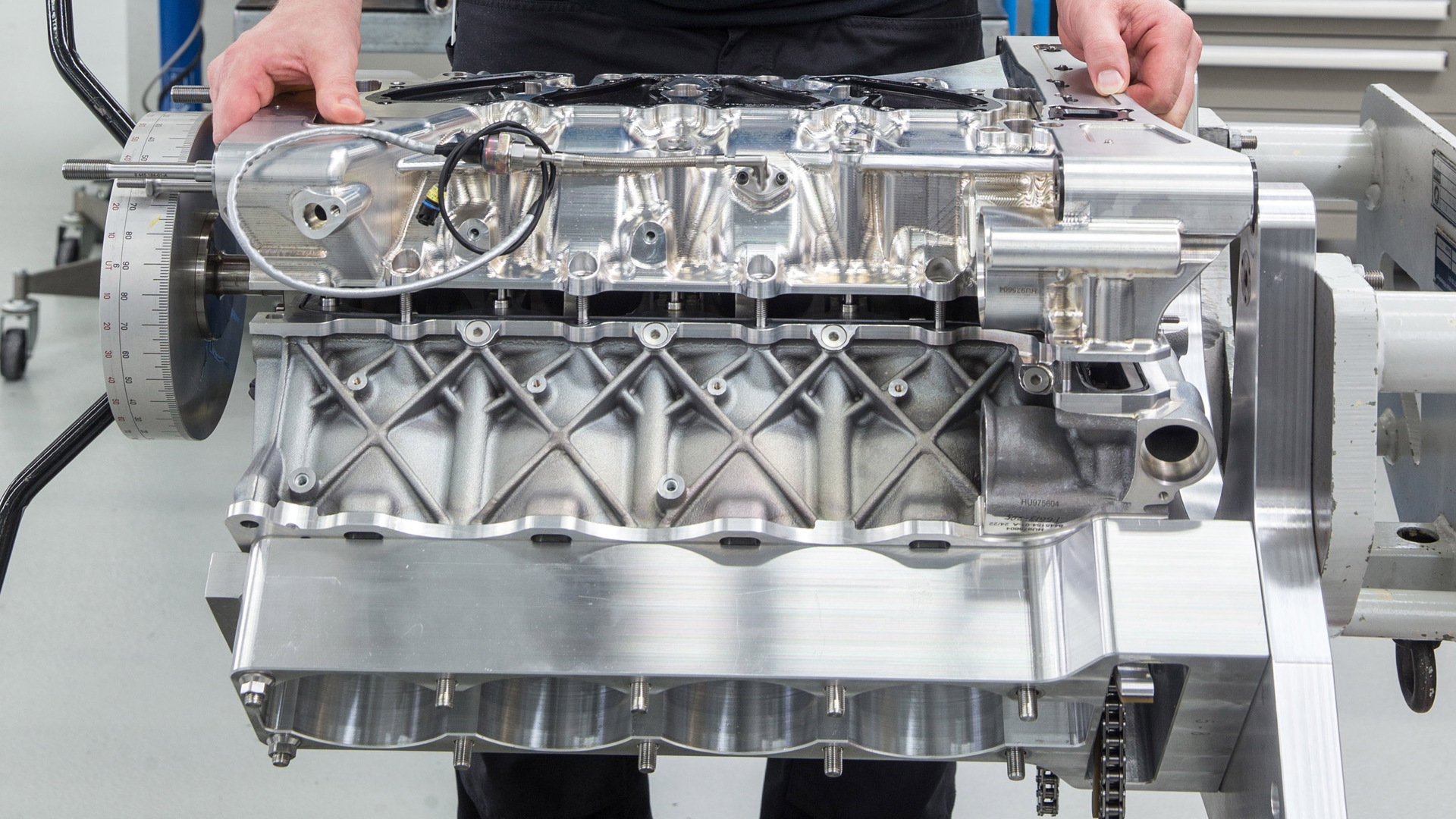 BMW has now followed up with the first details on the V-8 engine that forms part of the hybrid powertrain that will power its race car. The powertrain consists of a twin-turbocharged 4.0-liter V-8 and an electric motor, and in line with LMDh regulations the two power sources at any one time can generate a maximum output of 670 hp.

The V-8, code-named P66/3, is based on the 4.0-liter V-8 used in BMW's former DTM racing program, specifically in the M4 DTM race car that competed in the 2017 and 2018 seasons. Time and cost restraints ruled out a new engine being developed from scratch, and the DTM engine was finally settled on because it was deemed as the best fit for the requirements of the LMDh regulations. BMW also looked at a 4-cylinder engine used in DTM and a twin-turbocharged 4.4-liter V-8 used in a GTE program, though these were ruled out due to durability and weight issues, respectively.

The P66/3 V-8 maintains the 4.0-liter displacement of the original DTM engine, but features more modern designs for the cylinder block and heads, as well as the turbochargers, and a new injection system which needed to be designed for direct injection. The engine banks are 90 degrees, and there are four valves per cylinder, plus dry-sump lubrication. The engine's max speed is 8,200 rpm, and its regulated max output is approximately 640 hp and 479 lb-ft of torque.

The complete hybrid powertrain was installed in the car and fired up for the first time at the end of June. An initial shakedown test is scheduled for the end of July, at a circuit in Varano de Melegari, Italy, and an intensive test program will proceed after that.

Acura, Alpine, Audi (maybe), Cadillac and Porsche are also committed to LMDh, while ByKolles, Ferrari, Glickenhaus, Peugeot, and Toyota are all committed to LMH. Lamborghini also announced in May that it will join the LMDh fold in 2024.