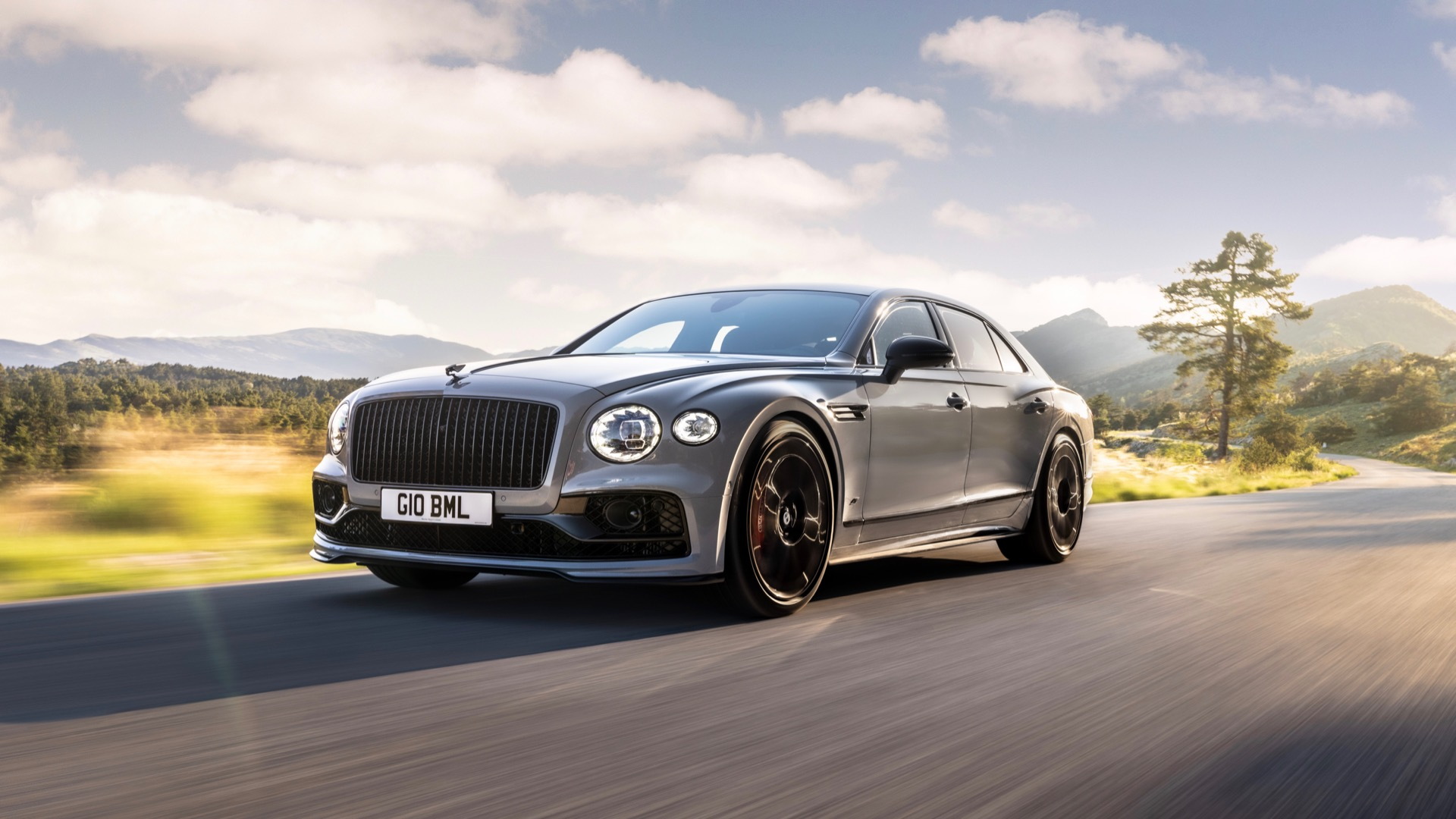 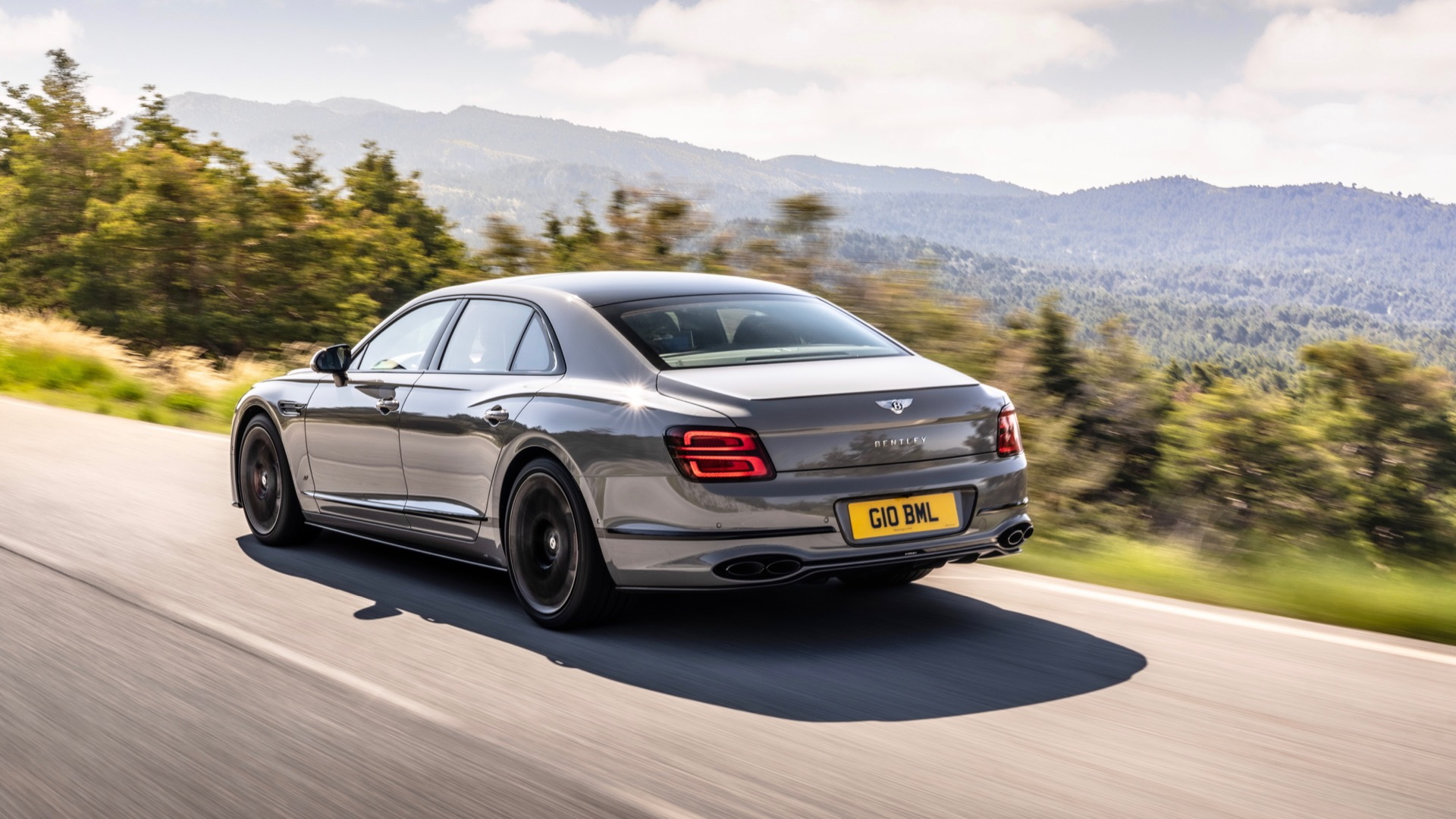 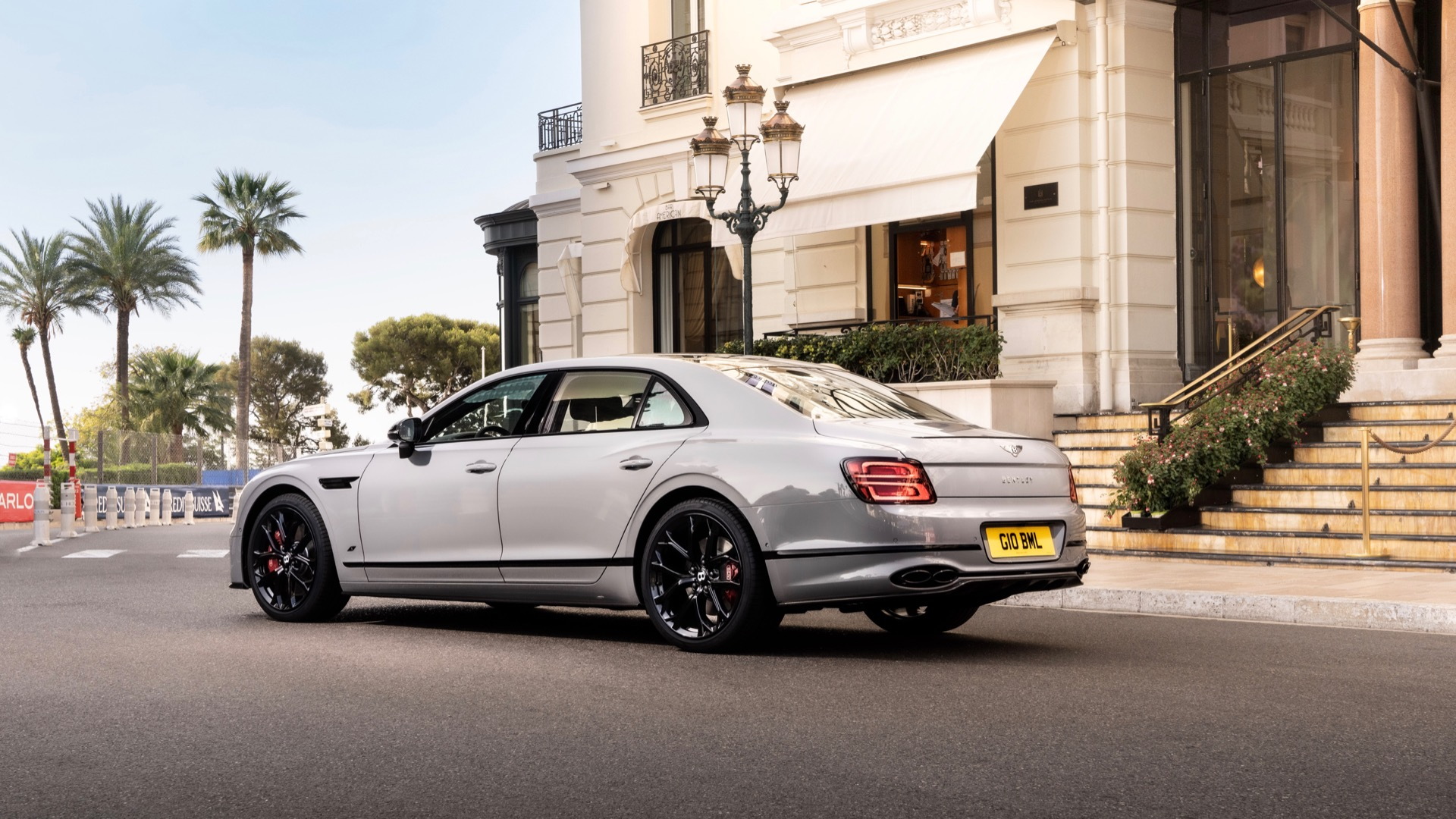 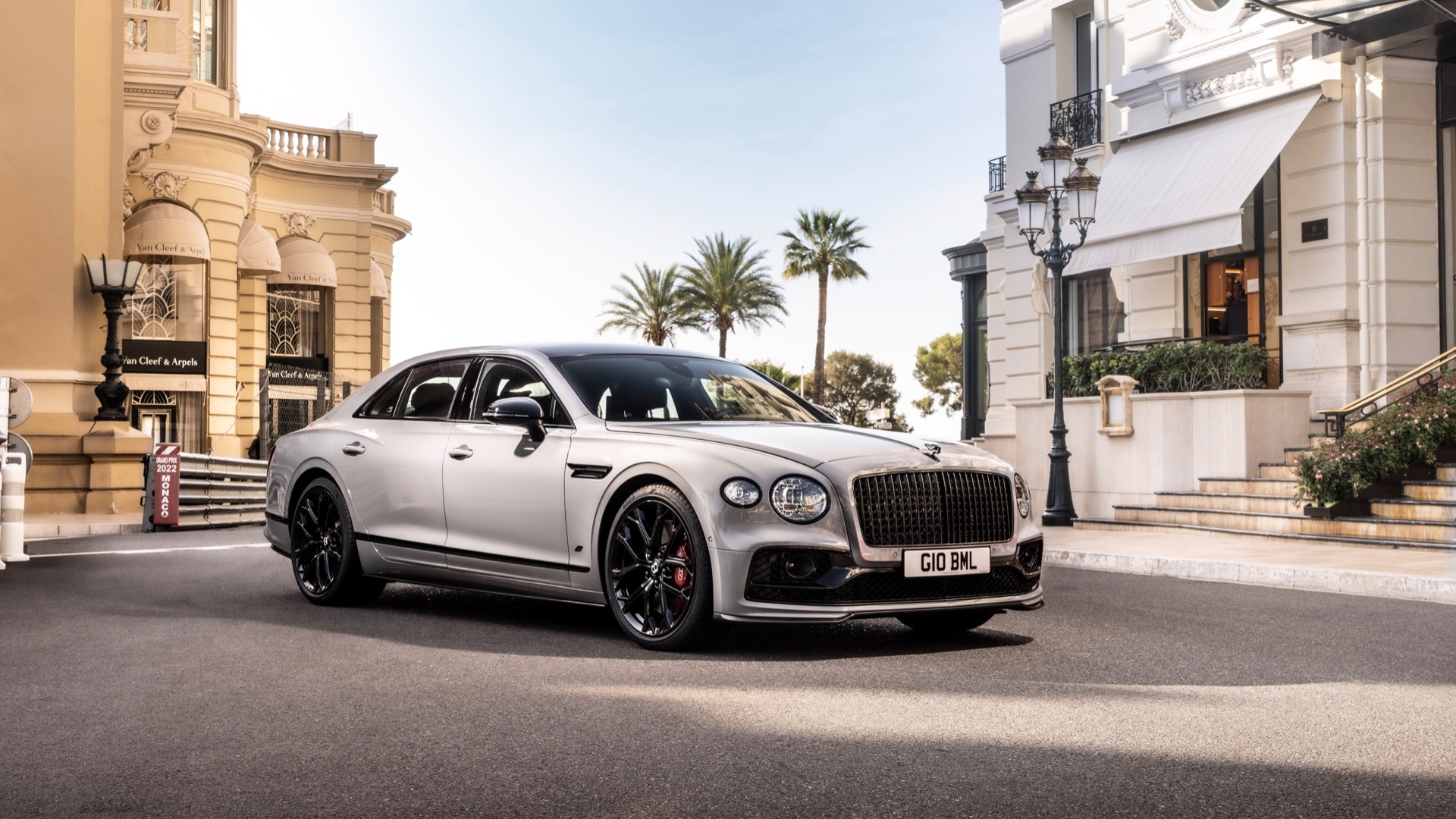 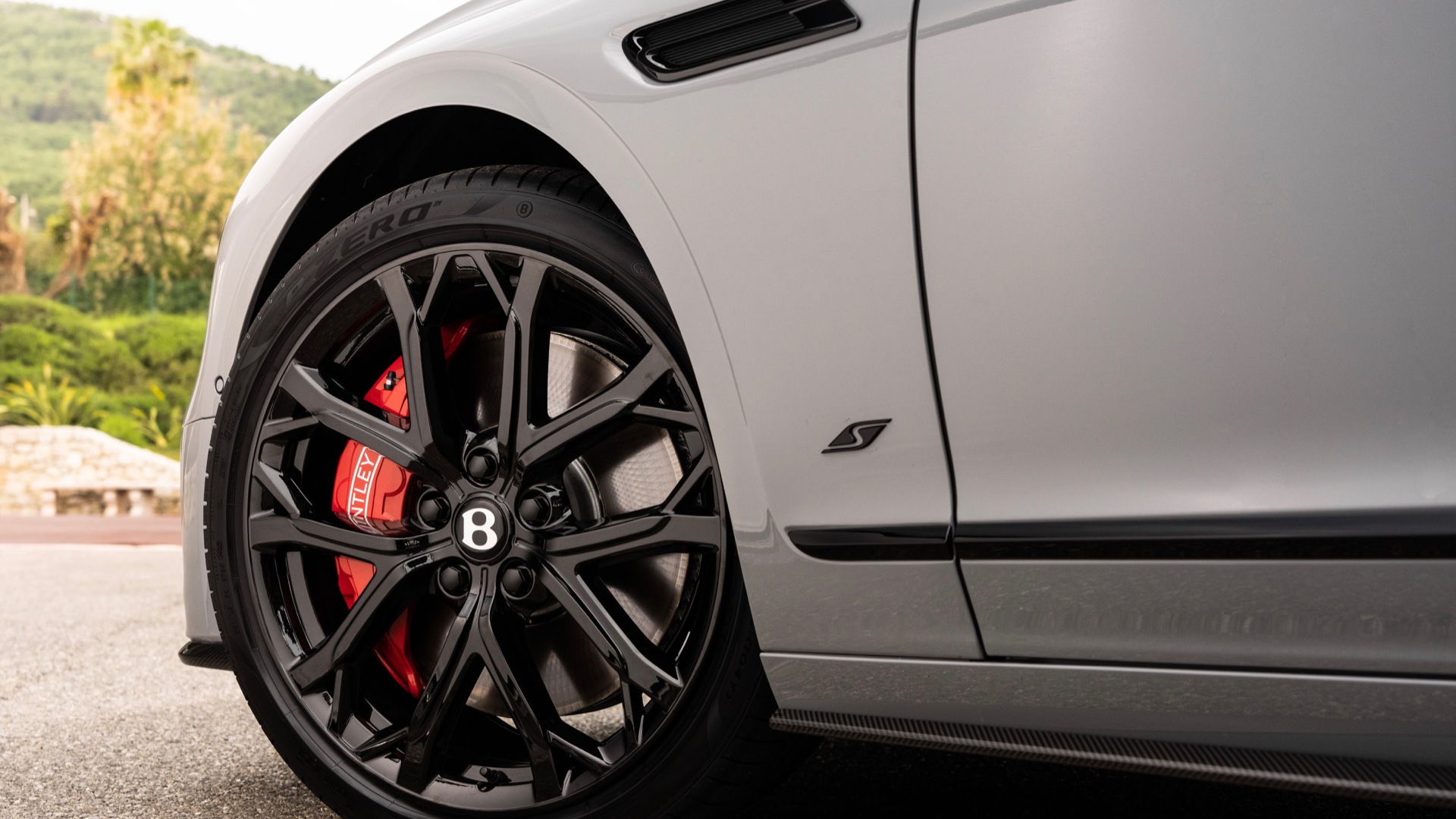 Set to make its public debut at the 2022 Goodwood Festival of Speed later this month, the 2023 Bentley Flying Spur S gets similar upgrades to the other Bentley S models. That means the focus is mainly on cosmetic changes, including darkened exterior trim.

As with the Continental GT S and GTC S, the interior is upholstered in a combination of leather and suede-like Dinamica. The seats have a fluted pattern, and quilting is optional. The instrument cluster also gets graphics from the Continental GT Speed.

Two powertrain options from the standard Flying Spur are available. Option one is a twin-turbocharged 4.0-liter V-8 that produces 542 hp and 568 lb-ft of torque, which will get the Flying Spur S from 0-62 mph in 4.0 seconds and on to a top speed of 198 mph, according to Bentley.

Option two is a plug-in hybrid powertrain, consisting of a turbocharged 2.9-liter V-6 working with an electric motor that's driven by a 14.1-kwh battery pack. Borrowed from the Porsche Panamera 4S E-Hybrid, the hybrid system produces 536 hp and 553 lb-ft of torque. Bentley says the plug-in hybrid is just 0.1 second slower than the V-8 Flying Spur from 0-62 mph, and it has an EPA-rated 21 miles of electric range.

The Flying Spur S is isn't available with the 626-hp twin-turbo 6.0-liter W-12 engine, however. The V-8 Flying Spur S does at least get all-wheel steering and active anti-roll bars as standard equipment.

The hybrid model will start at $240,500, while the V-8 model will cost $241,200. Both prices exclude the destination charge and any possible gas-guzzler tax—likely only for the V-8.