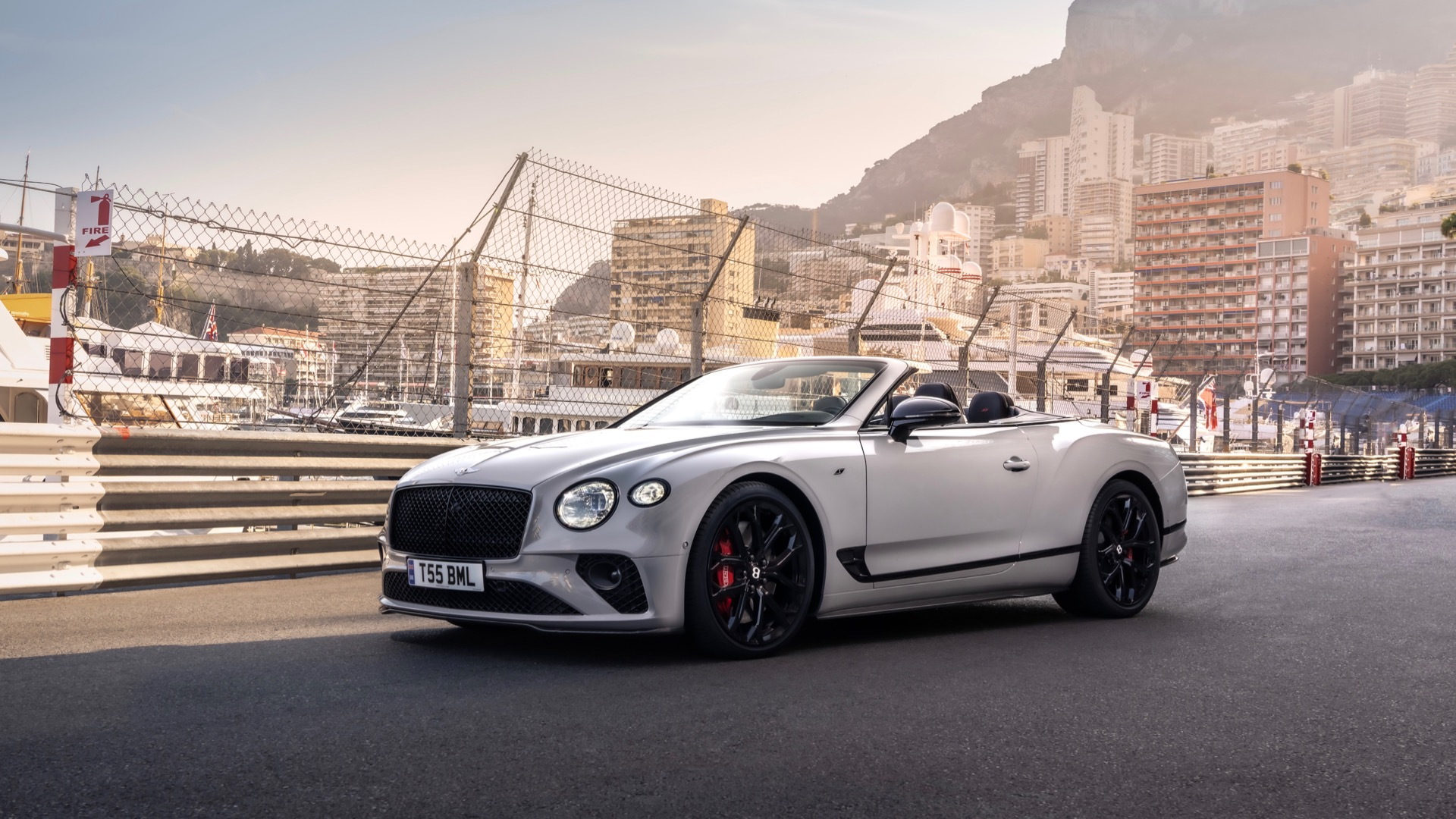 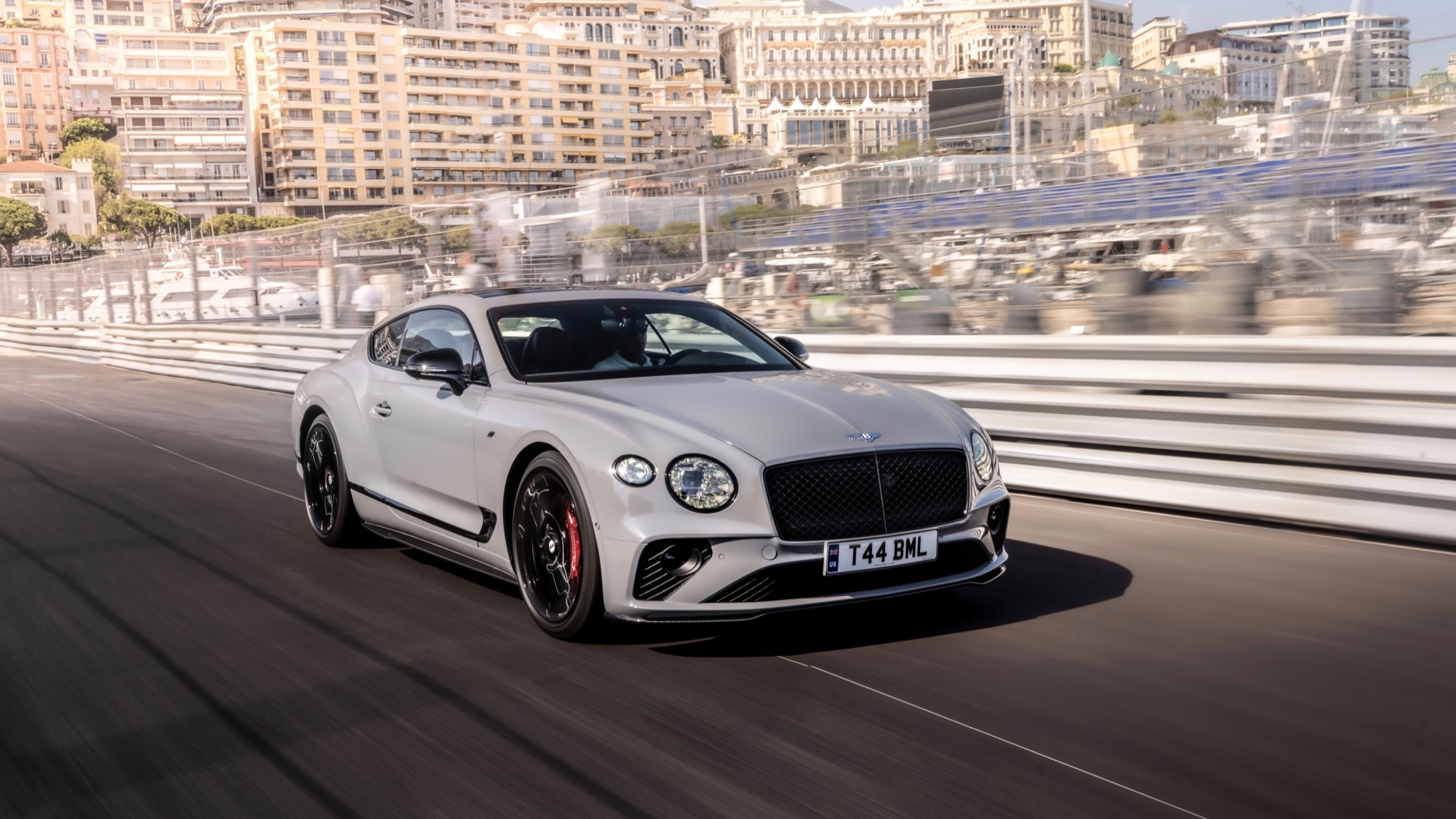 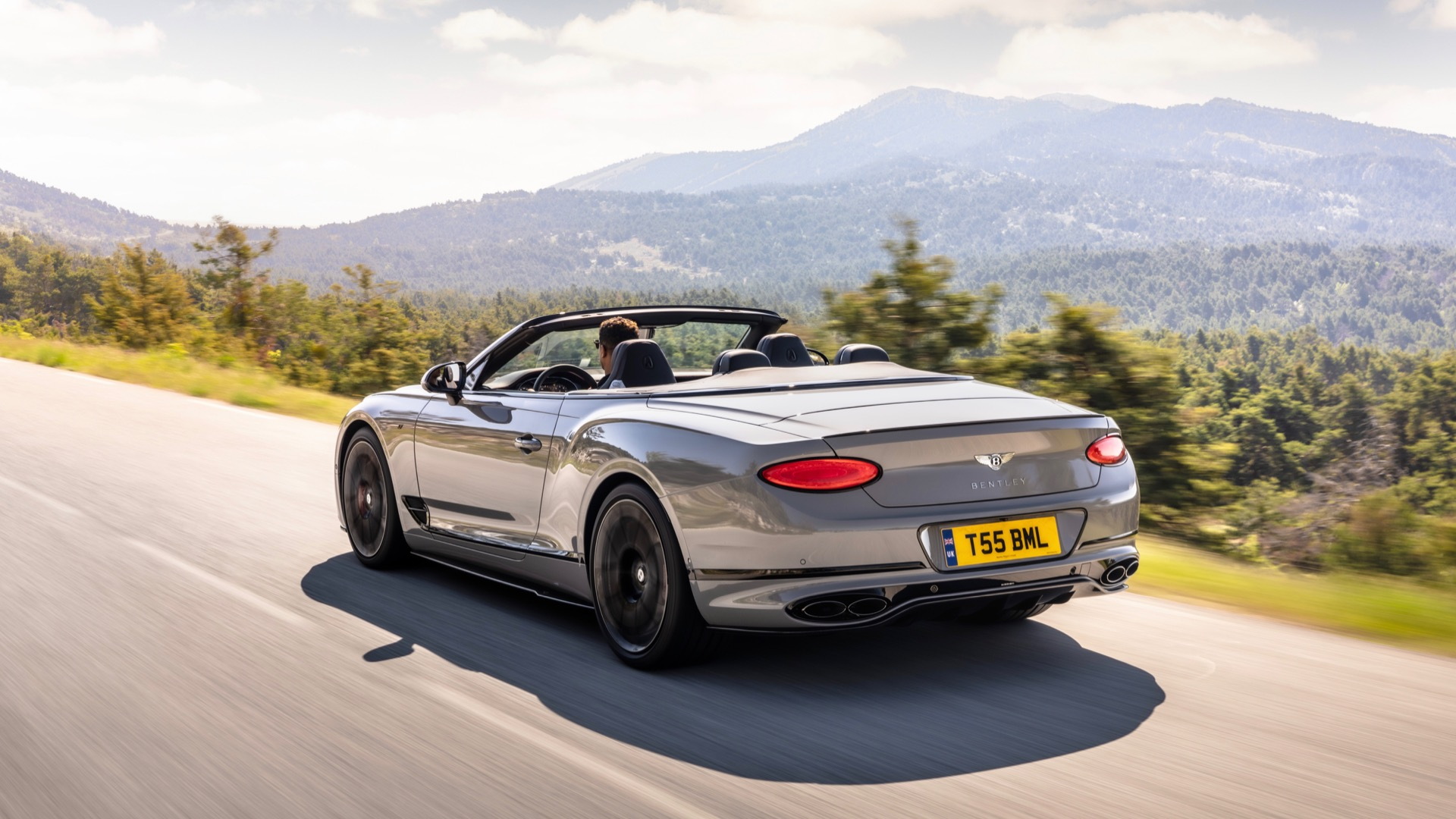 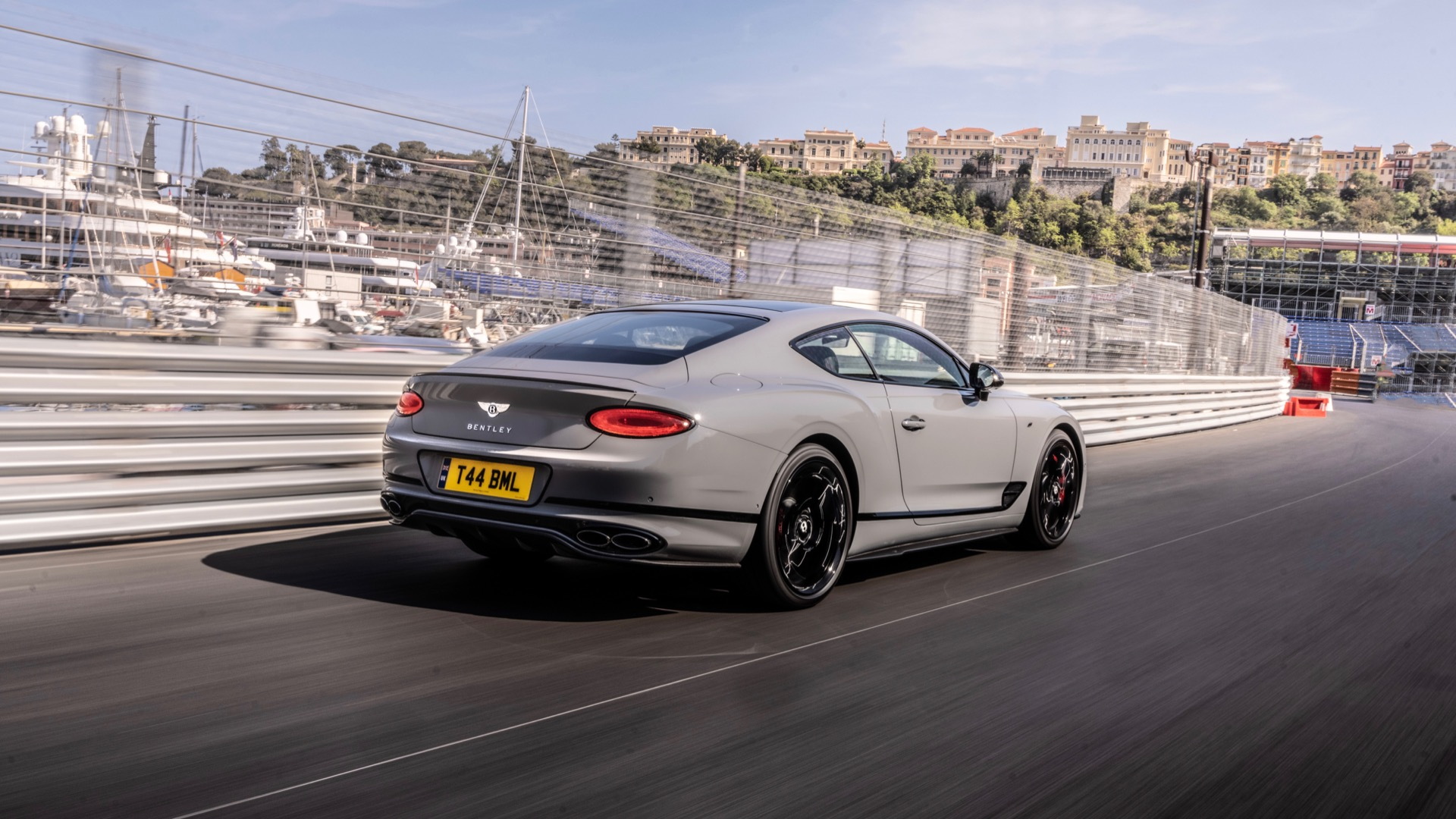 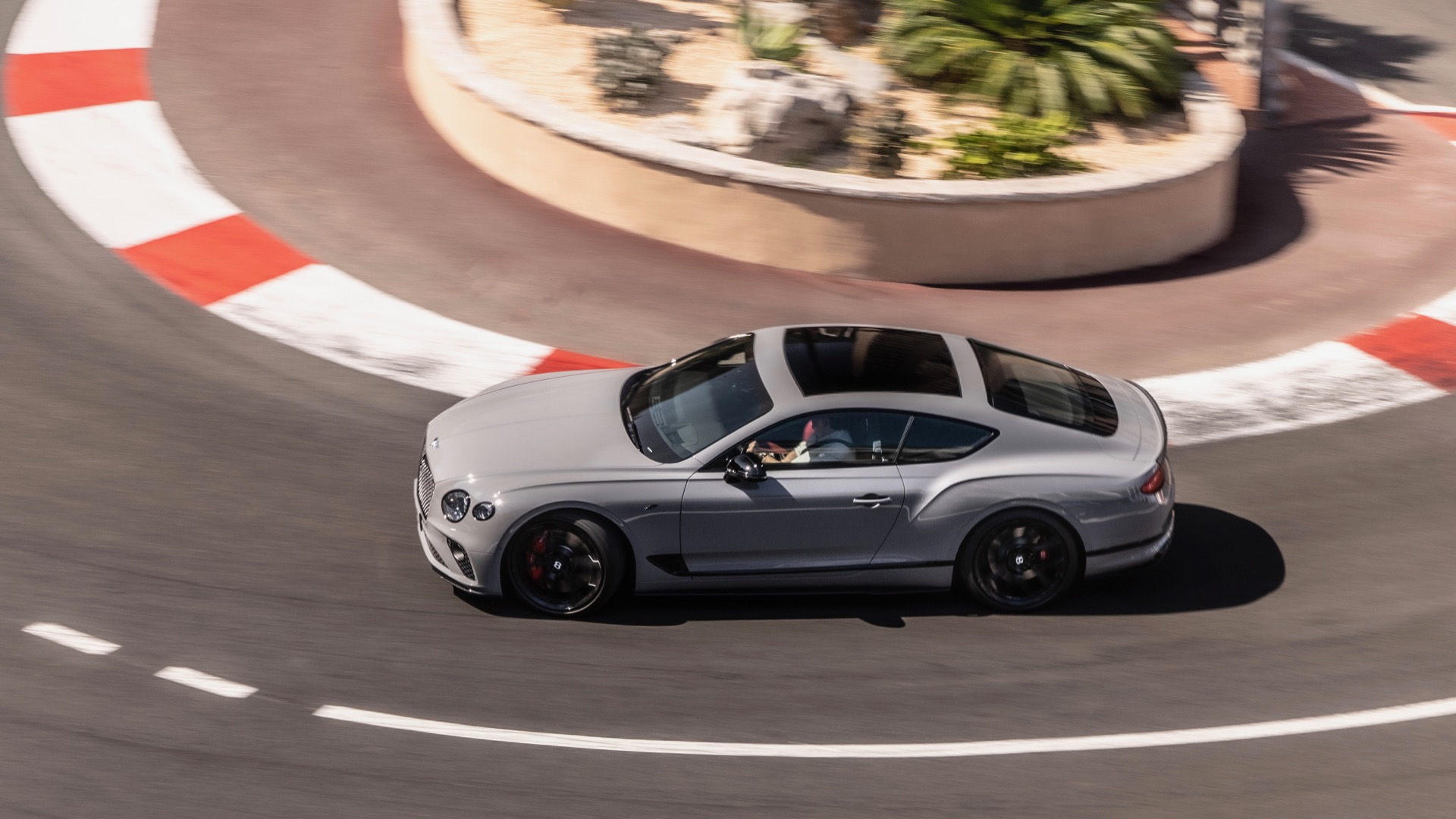 Bentley has been busy freshening its existing lineup, having just introduced a long-wheelbase version of the Bentayga. Now, the Bentley Continental range is growing with new S versions of the Continental GT coupe and Continental GTC convertible.

Joining the Bentayga S introduced in 2021, these new 2023 models aim to add a sportier character to the base V-8 versions of the Continental GT and GTC, Bentley said Monday in a press release. Output of the 4.0-liter twin-turbocharged V-8 is unchanged, though, at 542 hp and 568 lb-ft of torque. That's good for a 0-62 mph time of around 4.0 seconds, according to Bentley.

Bentley Continental GT S and GTC S models get dark-tinted headlights and taillights, standard 22-inch wheels (21-inch wheels are optional), and a gloss black grille. Most of the exterior trim is blacked out as well, except for the Bentley badge and lettering. Black quad exhaust tips and sill extenders from the higher-performance Continental GT Speed finish off the exterior changes.

The S model's interior trim is a mix of Dinamica synthetic suede and leather, with optional quilting for the seats. The gauges use the same graphics as the Continental GT Speed.