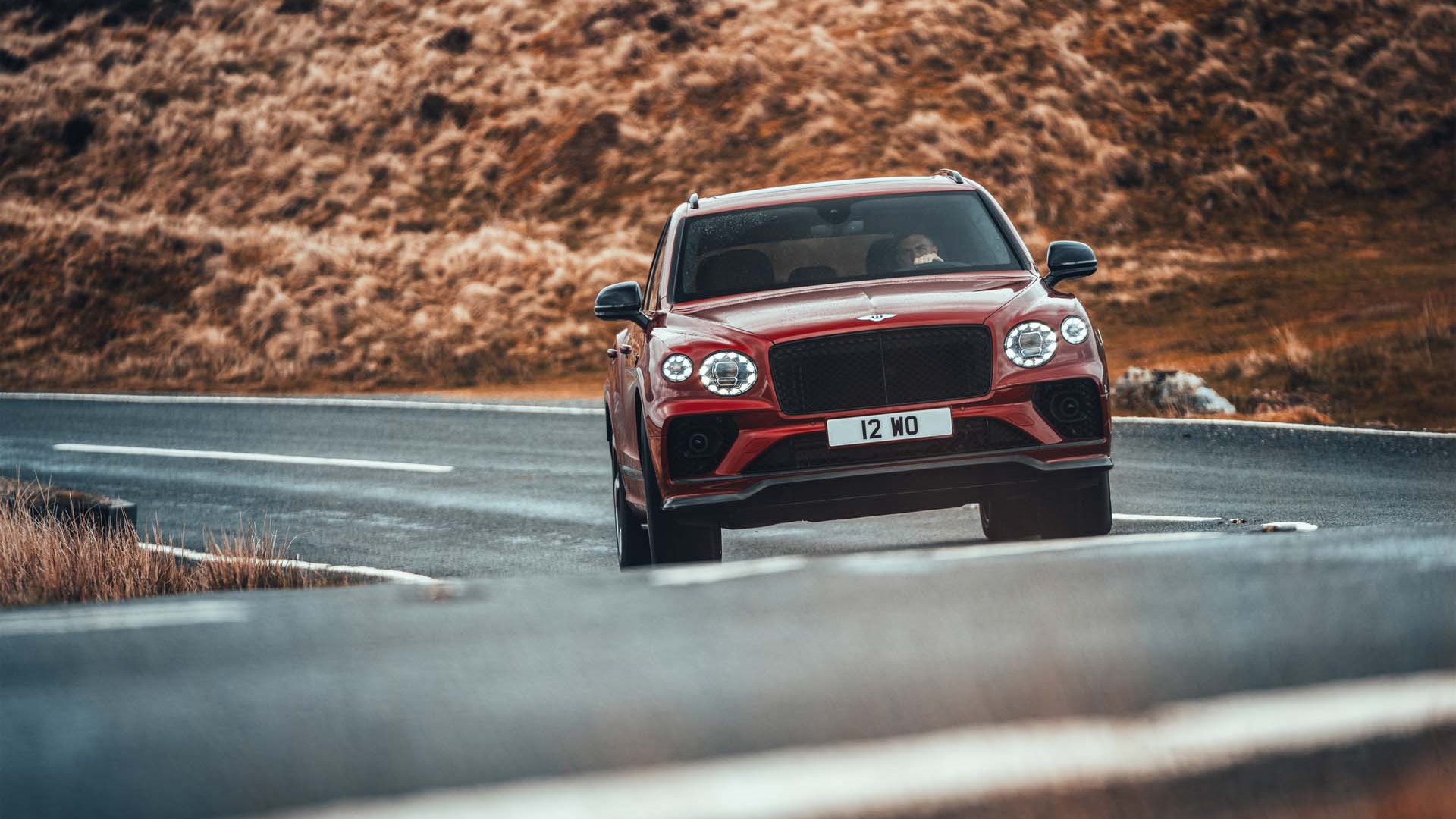 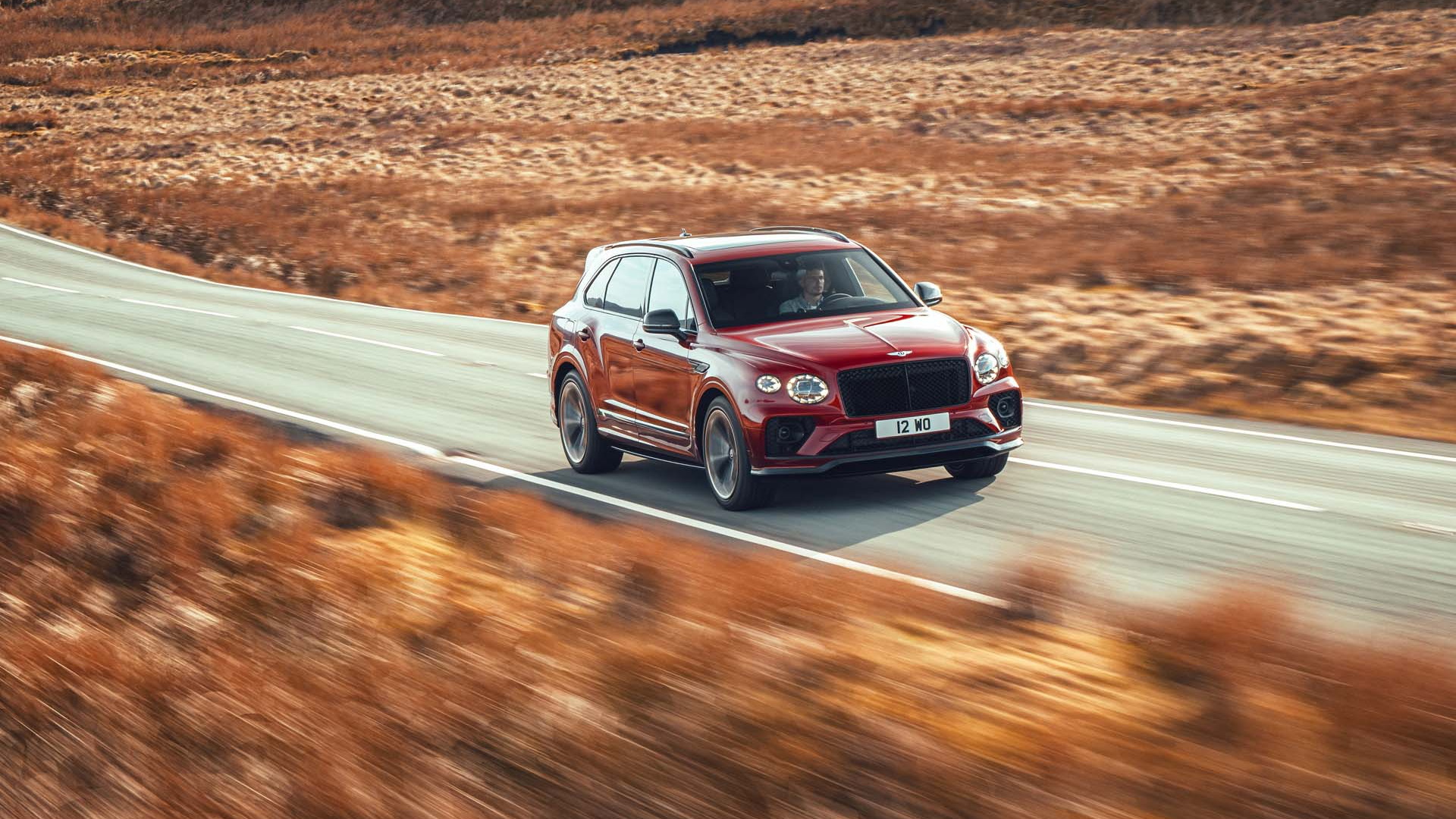 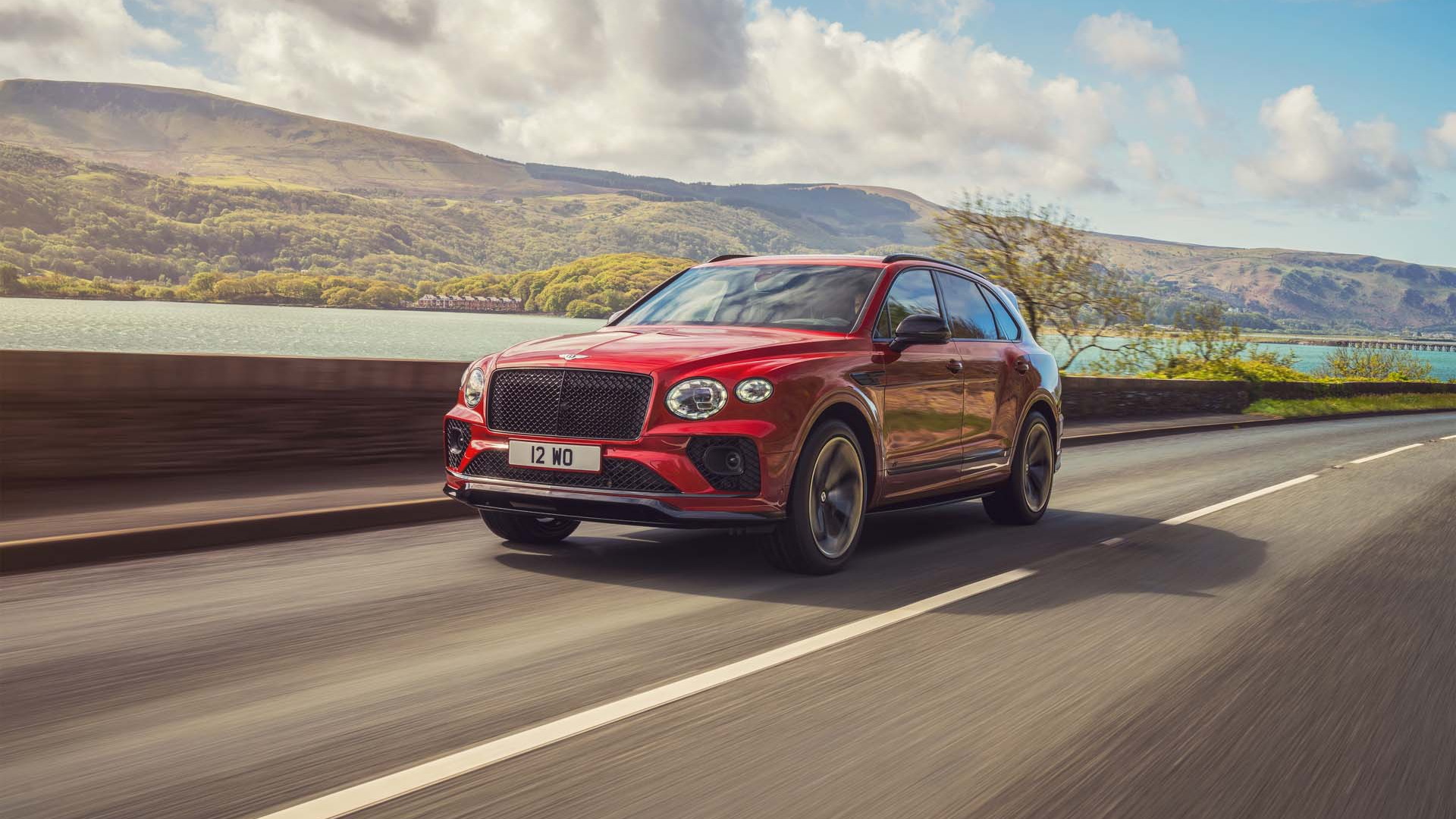 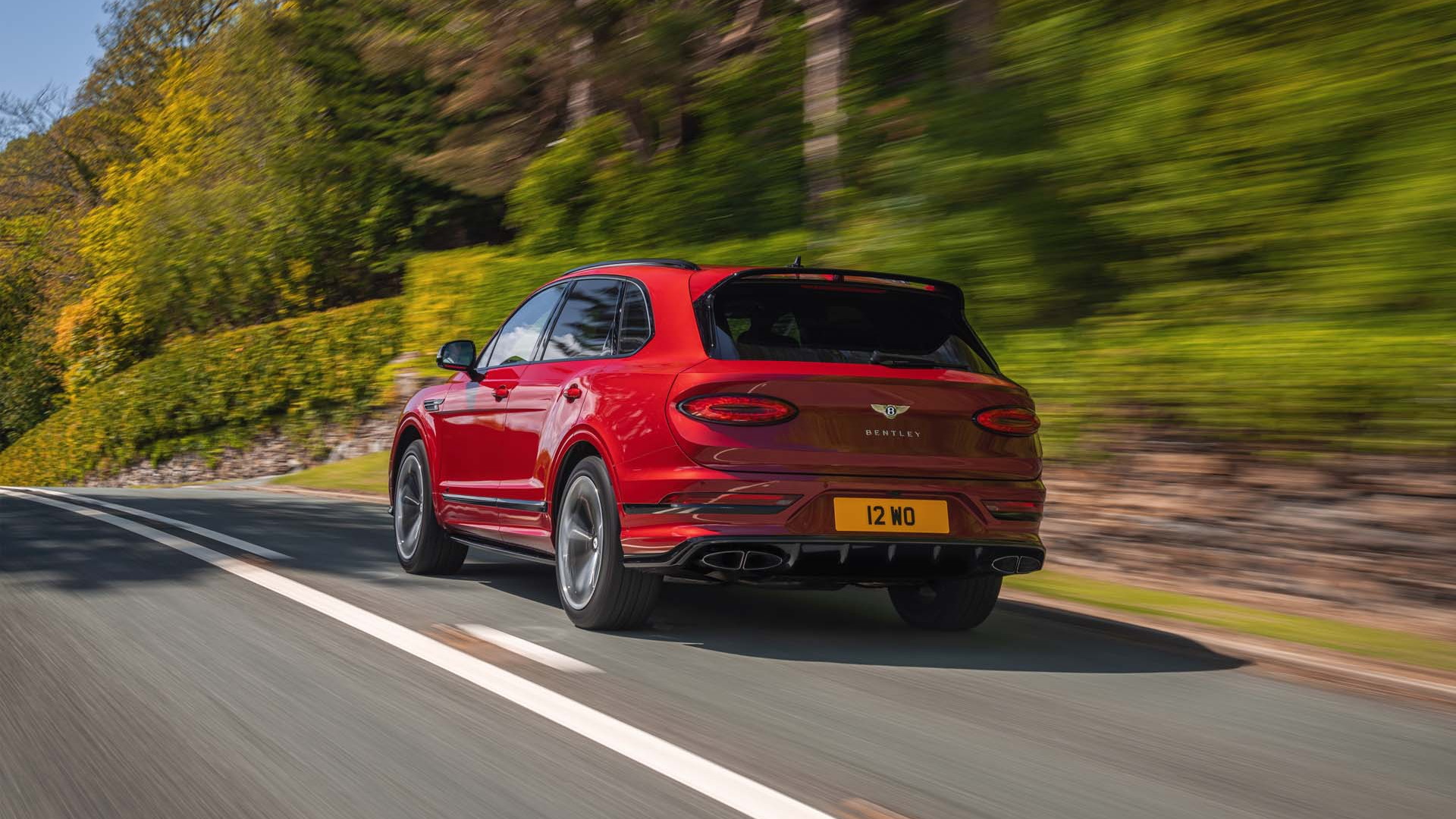 Following a major overhaul of its Bentayga for the 2021 model year, Bentley continues to enhance its crossover SUV with a new addition to the lineup for 2022.

The new Bentayga S, unveiled on Tuesday, is a sharper-focused Bentayga V8 aimed at buyers that enjoy not only power but also poise.

Output from the luxury crossover's 4.0-liter twin-turbocharged V-8 registers at 542 hp and 568 lb-ft of torque, which matches numbers for the Bentayga V8, but here there's also a sportier chassis tune that according to Bentley helps improve agility.

The key upgrade is a unique tune for the Sport mode of the Bentayga's drive mode selector. The tweaks include 15% additional damping stiffness and unique settings for the electronic stability control and active anti-roll system (fitted as standard here). The brake-based torque vectoring system has also been tweaked for improved response. According to Bentley, the changes improve steering feel and turn-in response of the Bentayga.

Performance figures include 0-60 mph acceleration in 4.4 seconds and a top speed of 180 mph.

The Bentayga S also benefits from a few styling tweaks to set it apart from the rest of the Bentayga range. Included are unique 22-inch wheels with three finishes to choose from, a larger rear spoiler, dark tints for the lights, black body accents, and S badging. There's also a less restrictive exhaust system that Bentley says improves the sound of the vehicle.

The unique treatments continue inside, for example the new seats with unique stitching, and the new color split featuring Alcantara trim. There are also multiple S badges, as well as color accents on the instrument panel, center console, door linings, steering wheel and gear lever. Like all Bentaygas, buyers can choose between four-, five- or seven-seat configurations.

Pricing for the Bentayga S will be announced closer to the start of sales in June. Deliveries start in October. Other models in the range include the aforementioned Bentayga V8, plus the Bentayga Hybrid, and W-12-powered Bentayga and Bentayga Speed.