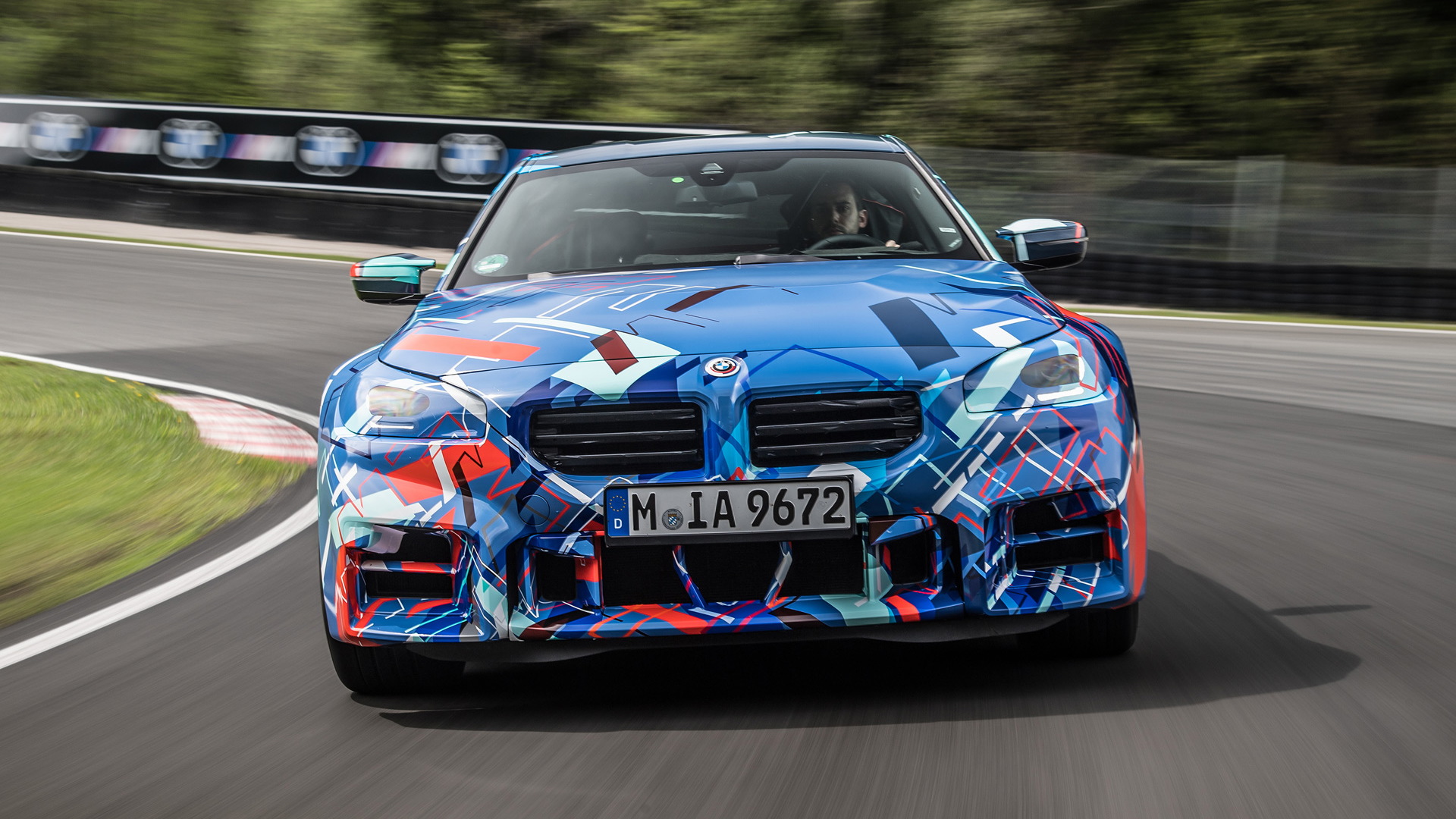 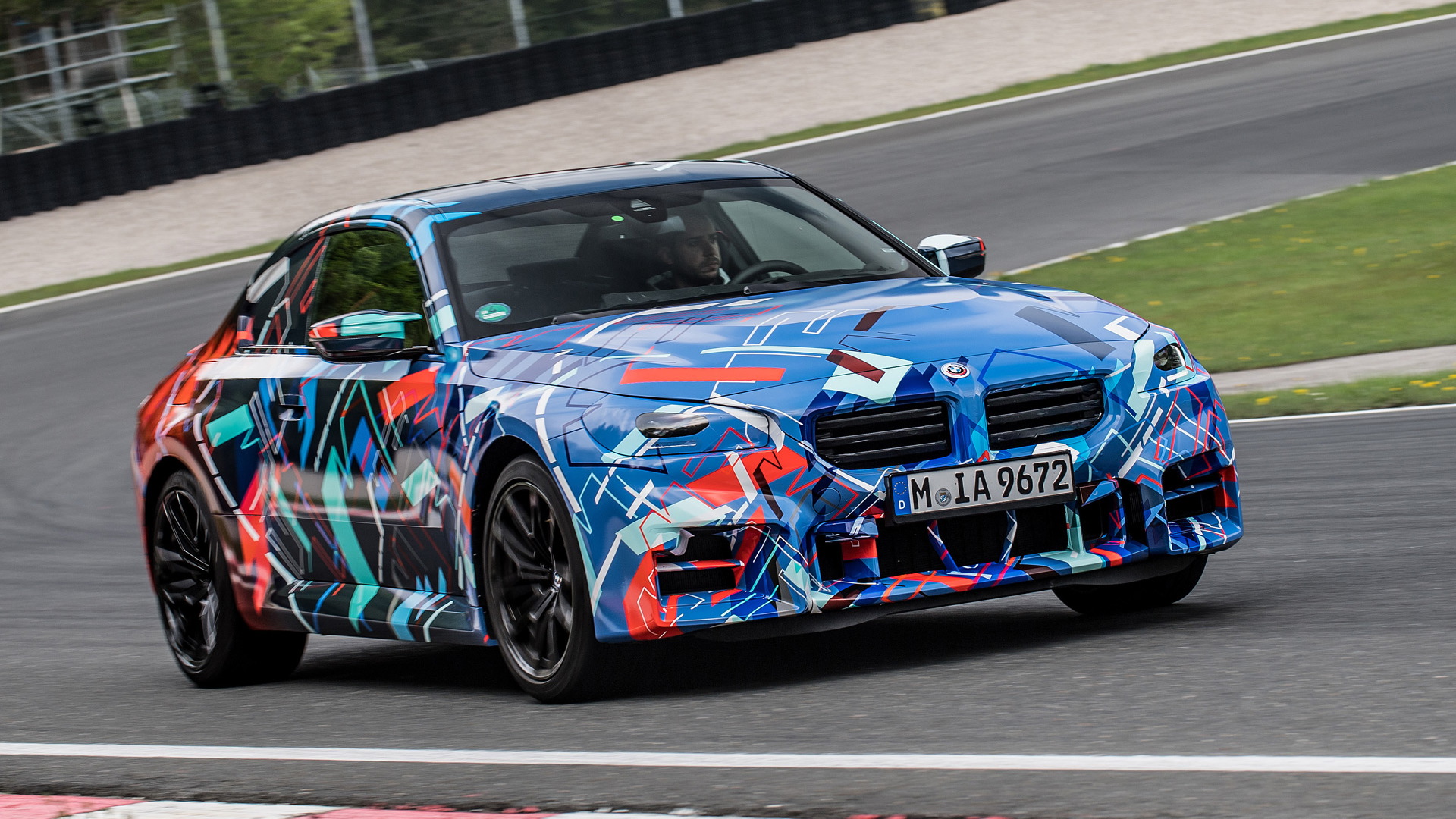 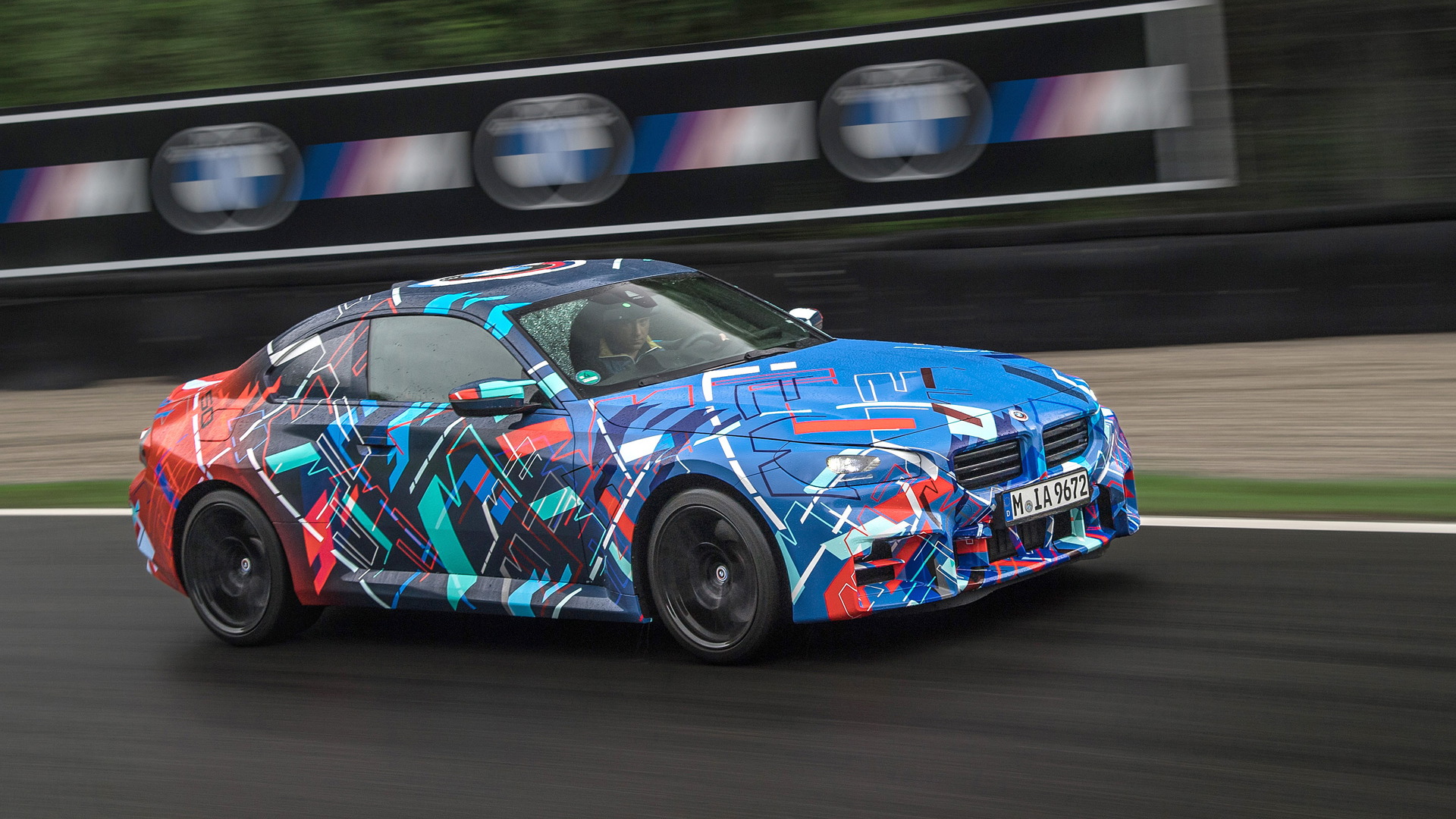 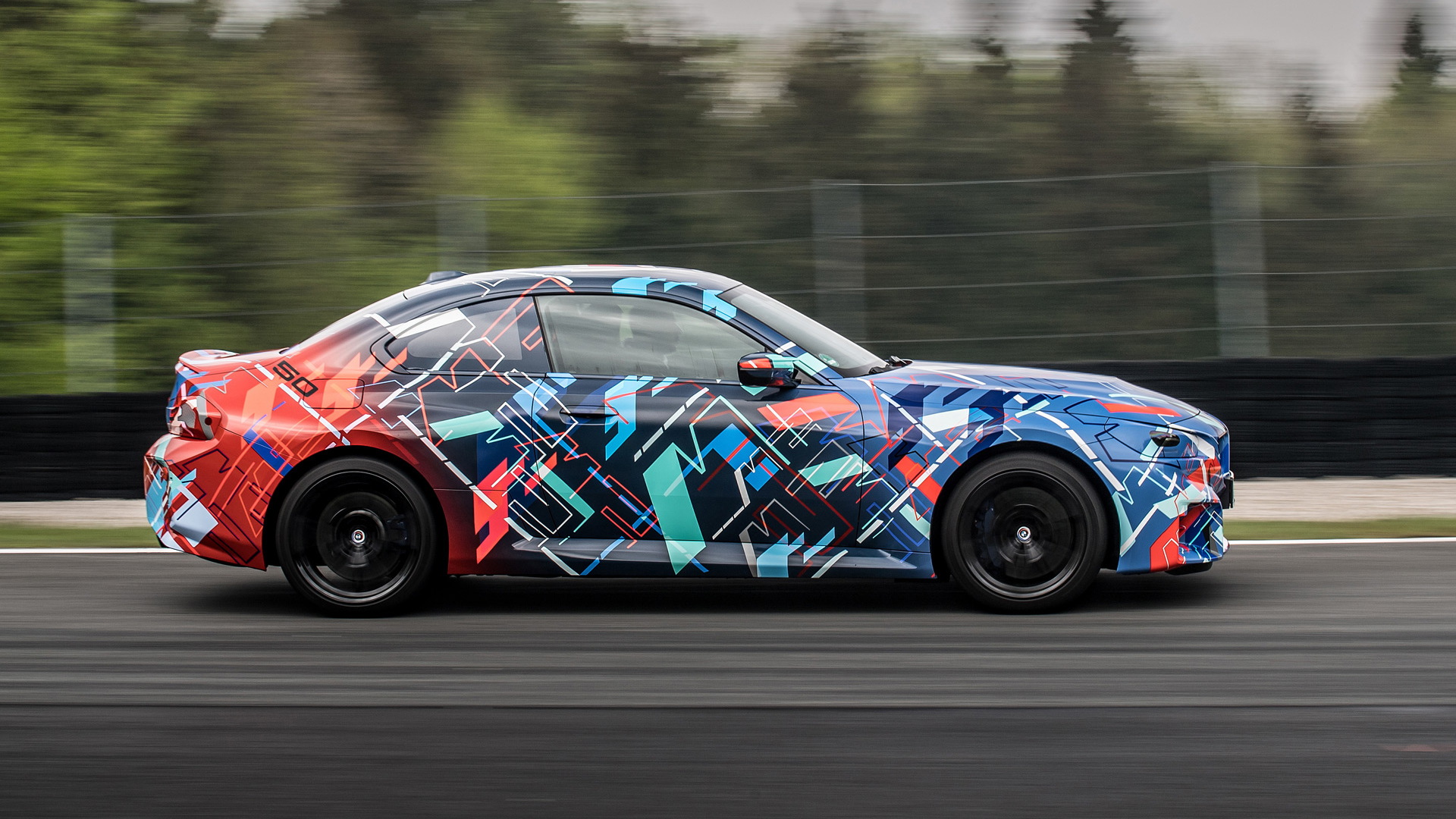 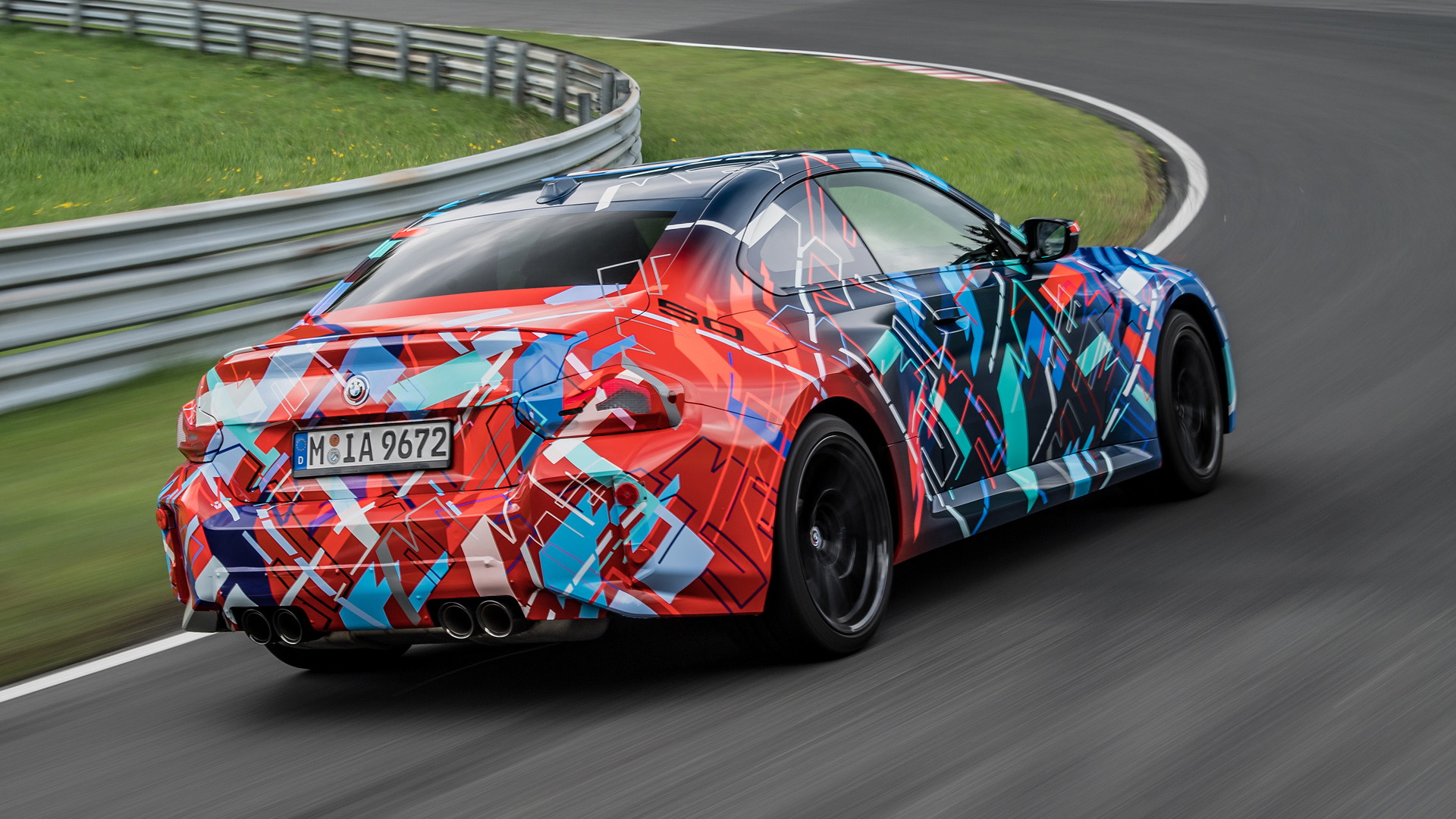 BMW M on Monday released the first photos and specs for its redesigned M2 which is confirmed to debut in October ahead of a market launch next spring. Given the timing, we should see it arrive as a 2023 model.

The M2 shown is a prototype, as development of the car is not yet complete. The final tests are now taking place, including at Austria's Salzburgring.

The new M2 is based on the redesigned 2-Series coupe launched last year, but when it arrives it will sport a newly designed digital dash featuring a pair of conjoined floating screens instead of a traditional hood over the instrument cluster and a separate screen for the infotainment hub. The digital dash is also set for the regular 2-Series coupe.

The M2 is confirmed to run a detuned version of the 3.0-liter twin-turbocharged inline-6 found in the latest M3 and M4. Peak power should be more than 400 hp, which is up considerably on the 365 hp of the last M2. BMW M said the new car will offer performance on par with the former M2 CS limited edition which came with 444 hp.

Transmission options are confirmed to include a 6-speed manual and 8-speed automatic, with drive going to the rear wheels only. The rest of the mechanical package will include adaptive suspension, as well as performance brakes borrowed from the M3 and M4.

The redesigned 2-Series is longer and wider than the car it replaced, and this will carry over to the M2. This should improve stability but weight could be an issue. To help save pounds, the new car will offer a carbon roof and carbon bucket seats (driver and front passenger).

Production will be handled at BMW Group's plant in San Luis Potosi, Mexico. It's where the regular 2-Series coupe is built.

BMW M turned 50 in May and is celebrating throughout the year. It's already revealed an M4 CSL, and later this month it will present an M3 Touring. There will also be this M2 plus a standalone M SUV to be called the XM.