General Motors recently filed a patent application for a dual charge port setup that could help get the most out of Ultium battery system in the automaker's electric pickup trucks.

GM has developed a double-layer battery pack that's already being used in the GMC Hummer EV, and is slated for the forthcoming Chevrolet Silverado EV and GMC Sierra EV. The proposed setup could provide more flexibility in how those two layers are charged.

Using a series of controllers and switches, as well as the pack's built-in ability to operate as two different packs in series or in parallel, the application describes different charging scenarios for the dual-layer vehicles. 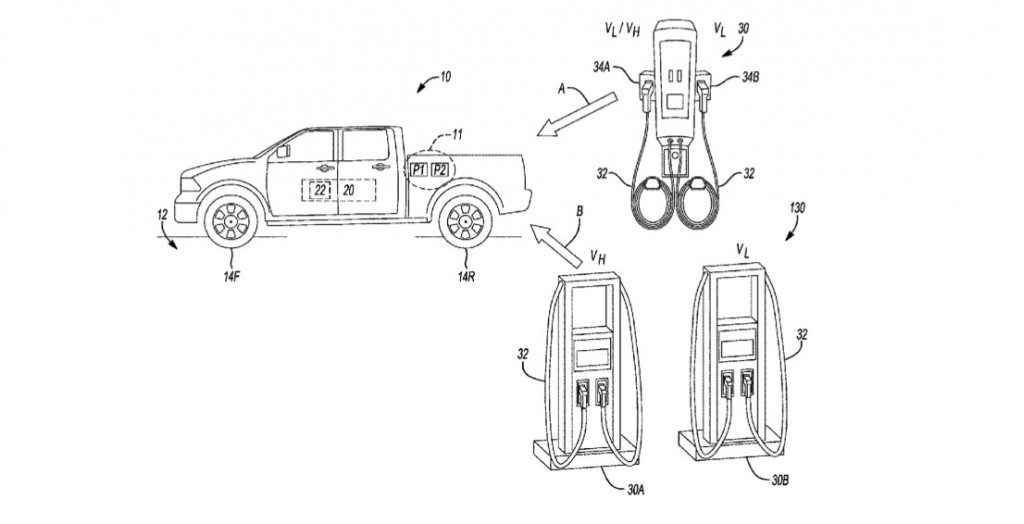 For reference, in the GMC Hummer EV 12 battery modules are wired in series to make up one layer, which is functionally a separate battery pack. That layer is connected in parallel to another identical layer with the same number of modules. In the Hummer EV, that adds up to more than 100 kwh of battery capacity, with 800-volt charging to take advantage of speedier 350-kw DC fast-charging hardware.

GM outlines that one charging port could be configured to charge at 800 volts or 400 volts, while the other port would be connected to the second layer of the pack and be limited to 400V. The system could connect them in series, charging both the upper and lower layers simultaneously at 800V using the first port only. Or it could charge both layers at 400 volts by connecting them in parallel.

A third configuration would isolate the two layers, charging them one at a time, GM noted. Alternatively, the second port could be used for charging accessories at 400 volt while the vehicle continues to charge at 800 volts. That could allow GM trucks to power tools or other equipment while they charge. Ford has advertised its F-150 Lightning as a mobile power source, but it only has one charge port and thus can't do that. 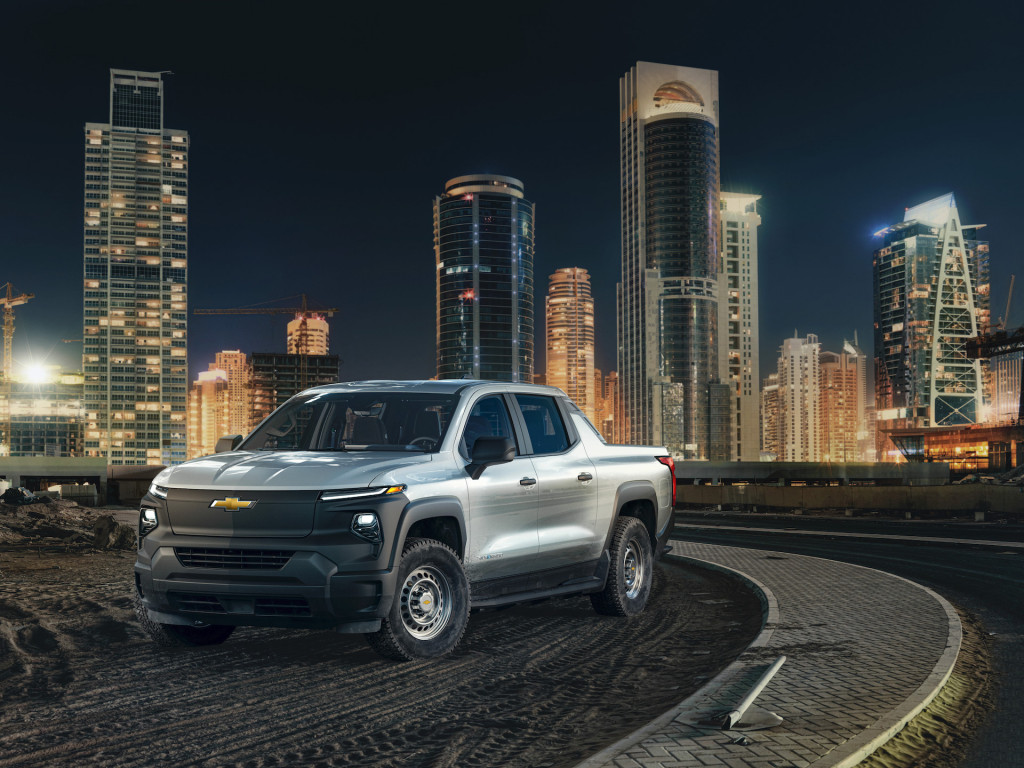 GM also noted that, with the addition of another switch, it would be possible to upgrade the second charge port to 800 volts. An illustration submitted with the patent application shows both ports side by side—a layout that probably makes more sense for fleet vehicles being charged at company garages than personal vehicles, which would likely benefit from a port on each side.

It's unclear if GM will actually put dual charge ports into production, but more trucks with dual-layer battery packs are on the way. The Chevy Silverado EV and GMC Sierra EV are both expected to hit the market in 2023 as 2024 models.