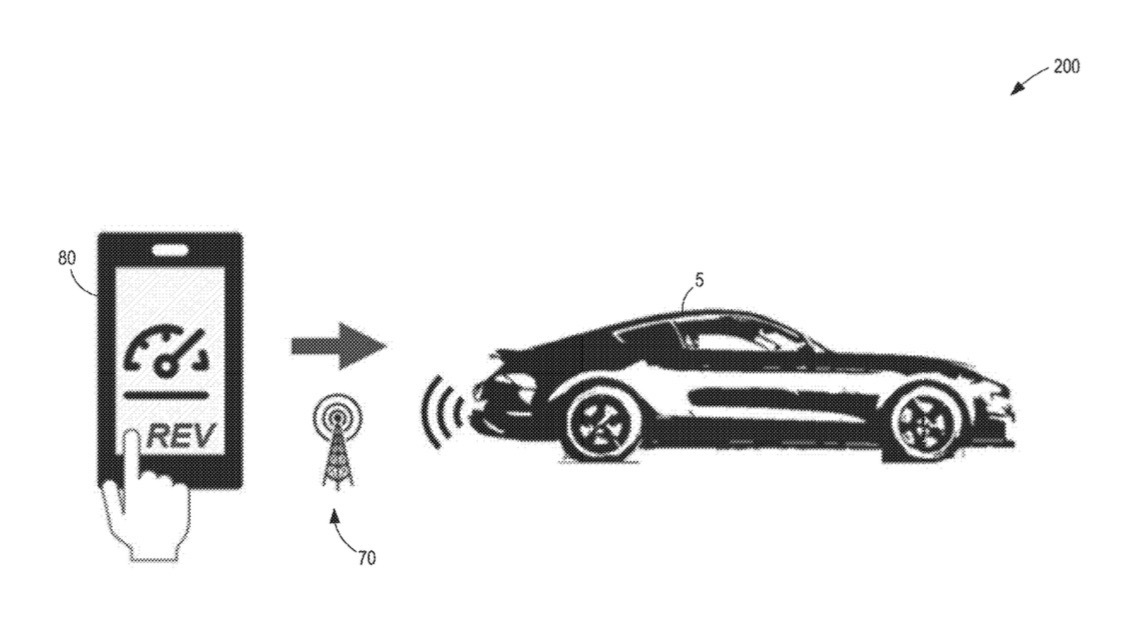 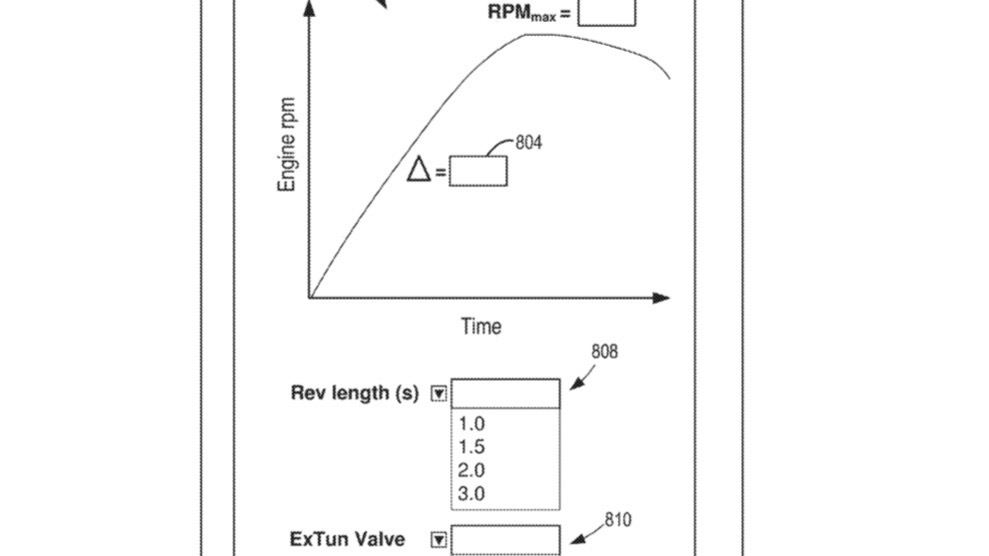 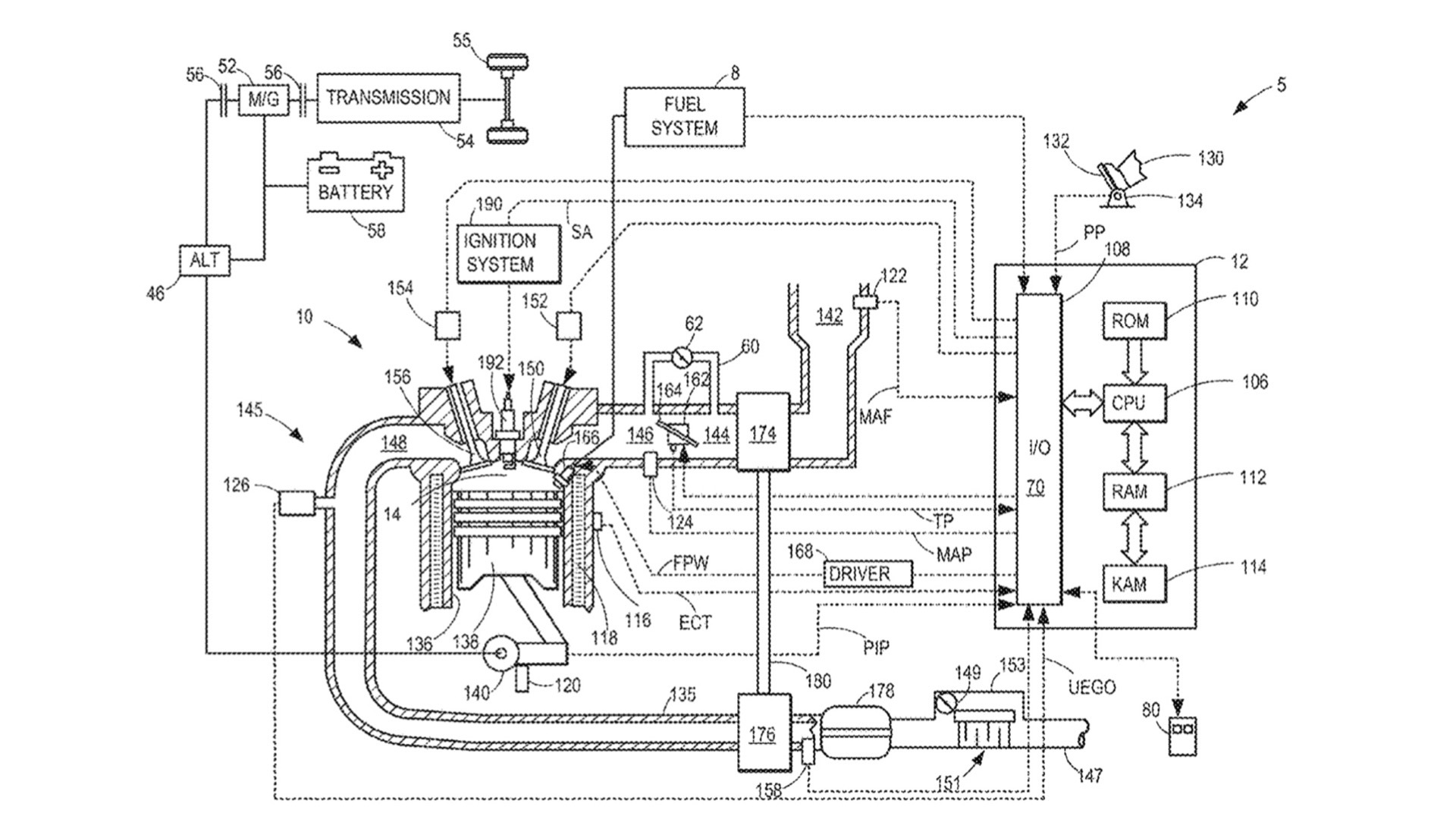 Ford has filed a patent application for a system to remotely rev engines.

Remote engine start has been around for awhile, but a patent application published by the United States Patent and Trademark Office (USPTO) on May 5 describes revving the engine beyond idle speeds while stationary. This would be controlled by a device such as a smartphone, according to the application.

The purpose of this is to make noise. A major part of the appeal of performance cars is their engine note, Ford noted in the application. Being able to rev the engine on command allows owners to enjoy the roar of a V-8 (Ford did use a Mustang to illustrate the concept, after all) even more. So it's essentially the opposite of the current Mustang's quiet exhaust mode.

The system could even open exhaust valves, or rev the engine for a certain amount of time and to a specific rpm, according to the application.

This isn't just for internal-combustion cars. Ford noted that electric cars' lack of engine noises could make them less attractive to enthusiasts. So instead of revving an actual engine, the same system could be used to play engine-revving sounds through vehicle-mounted speakers to create a similar effect, according to the automaker.

It's unclear if this system will ever make it to production, as Ford tends to take a shotgun approach to patent applications. The automaker also recently filed patents for vehicle-mounted sand ladders and a tank-turn feature that seems like a response to the Rivian R1T and GMC Hummer EV's trick turning features. But Ford hasn't discussed plans to use any of these patents on production vehicles.