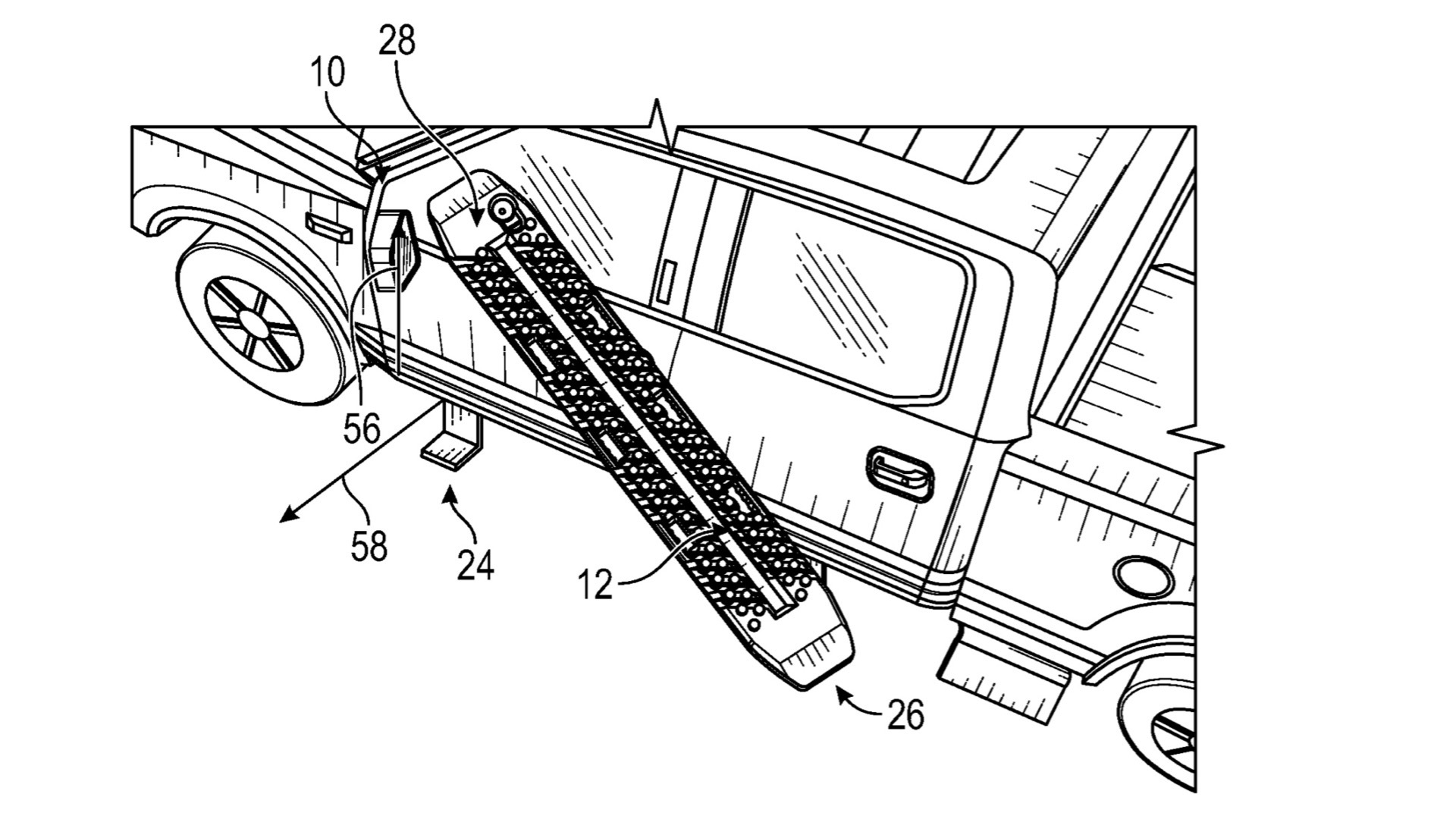 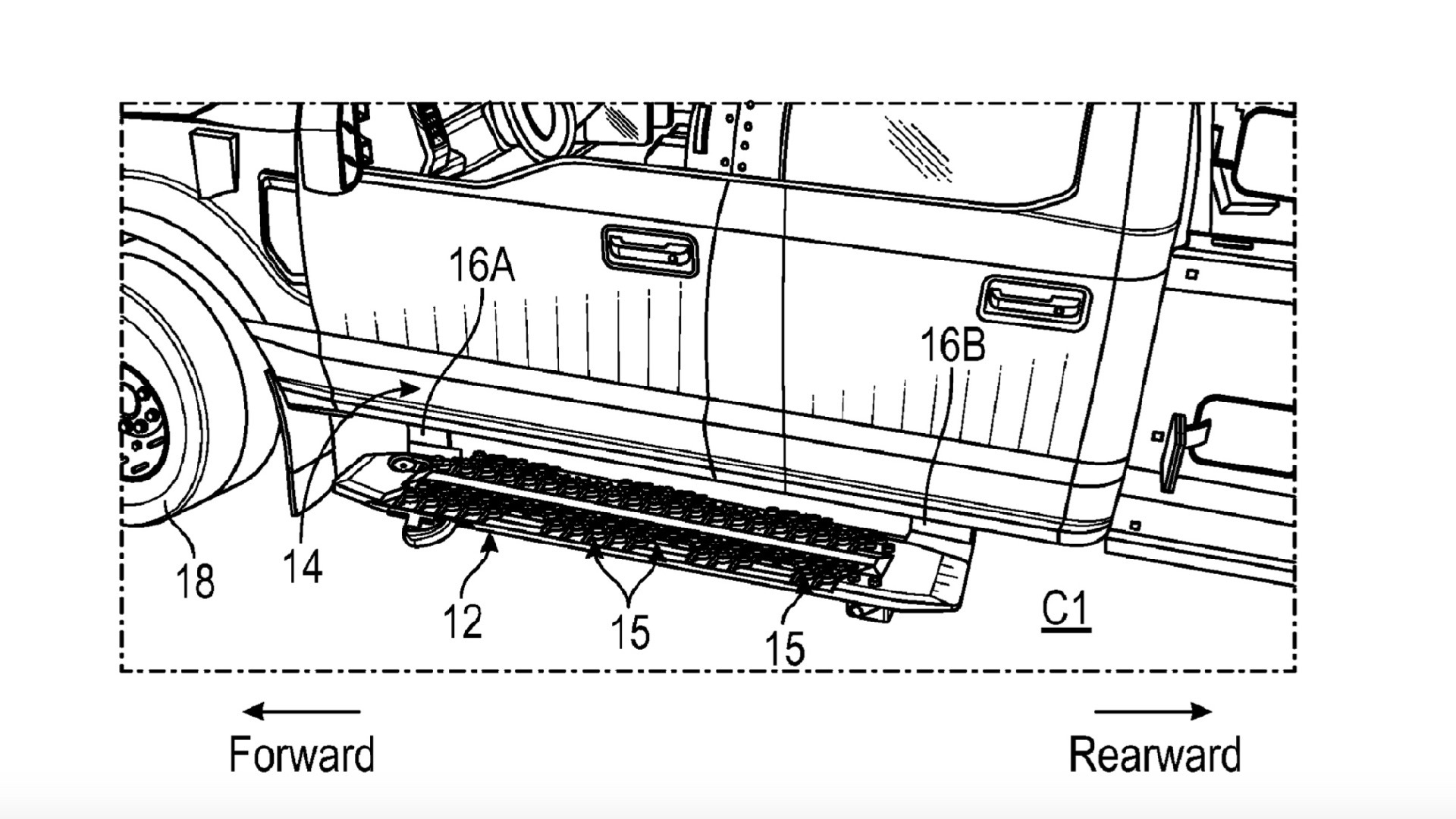 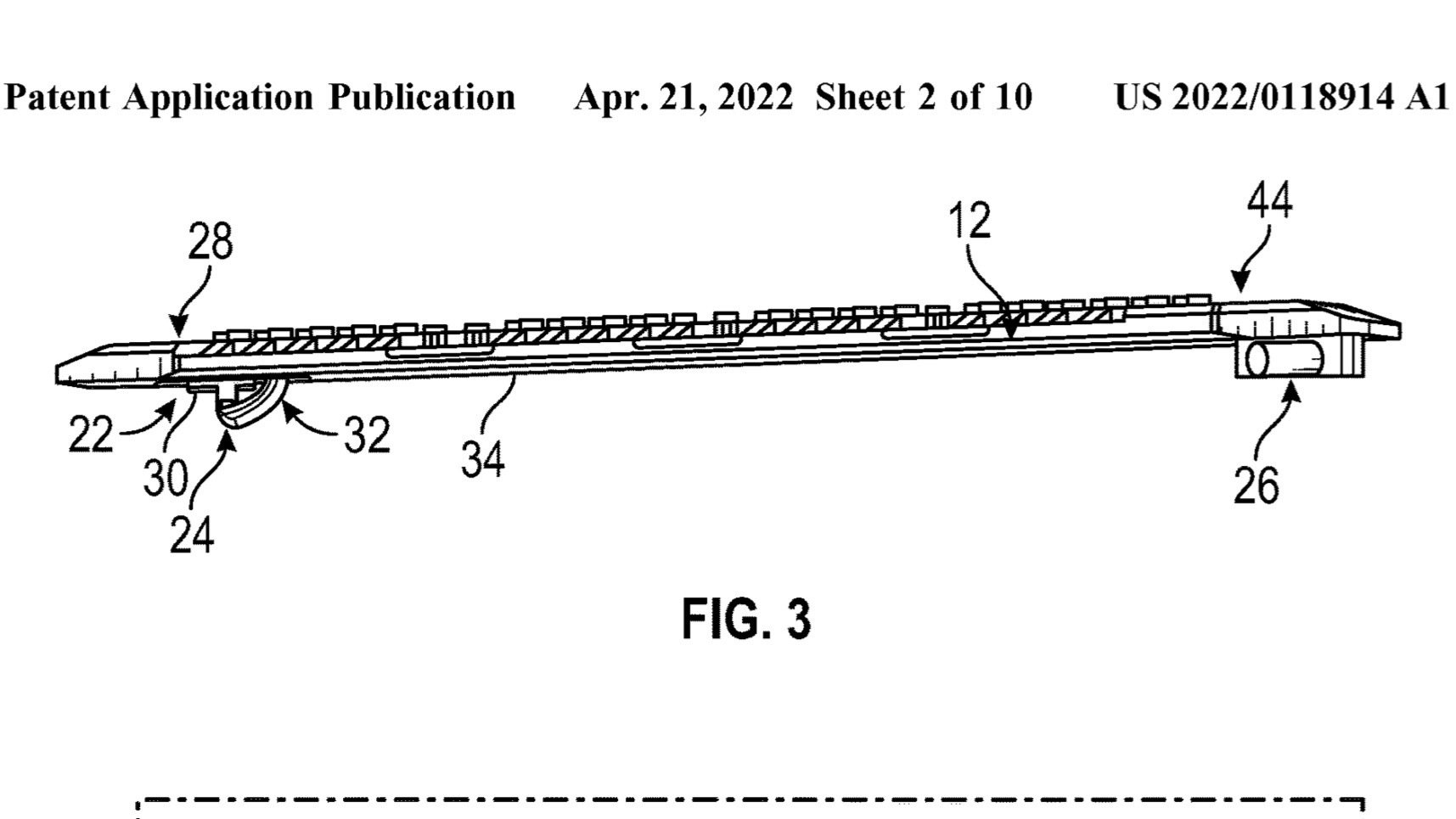 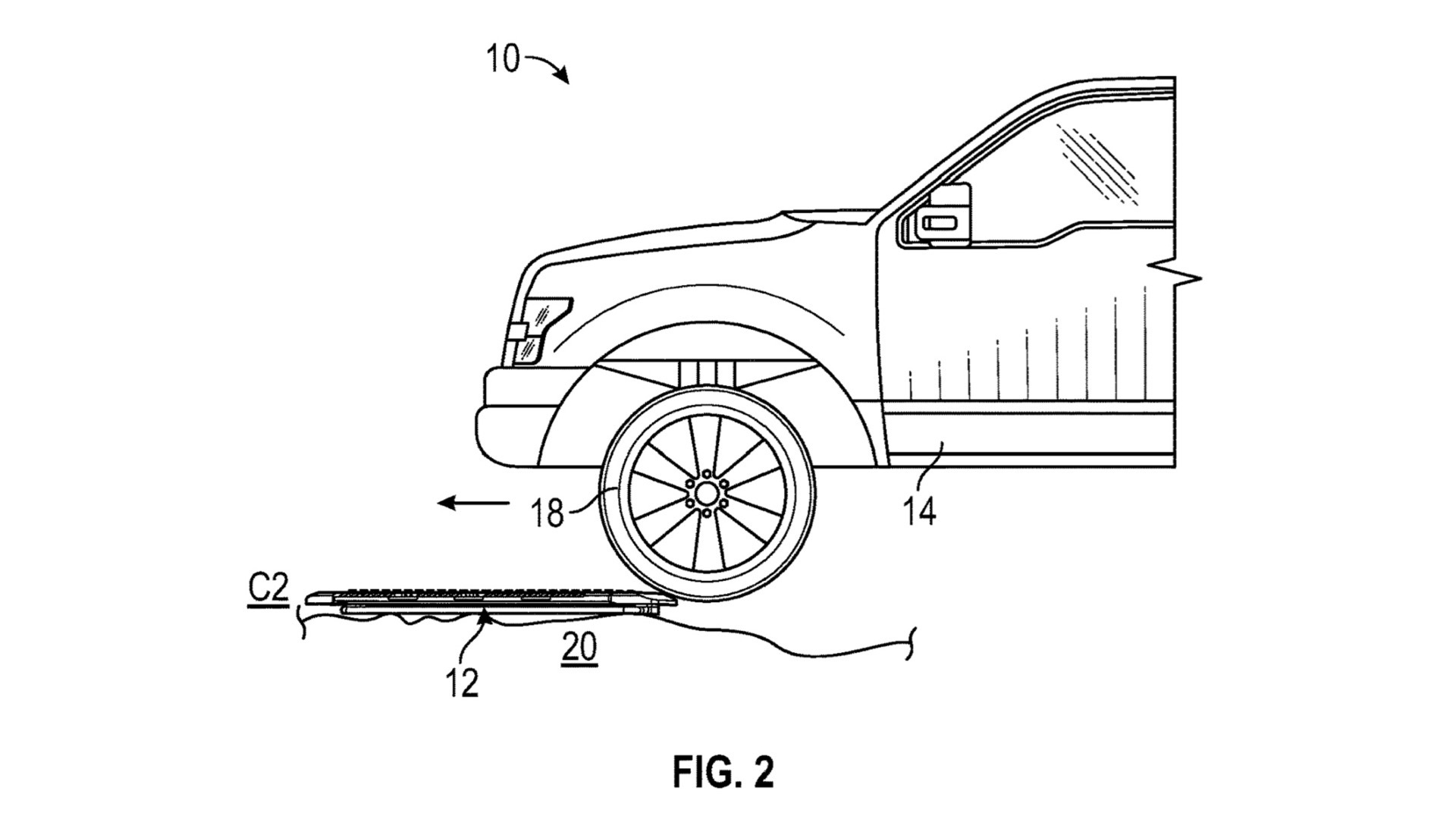 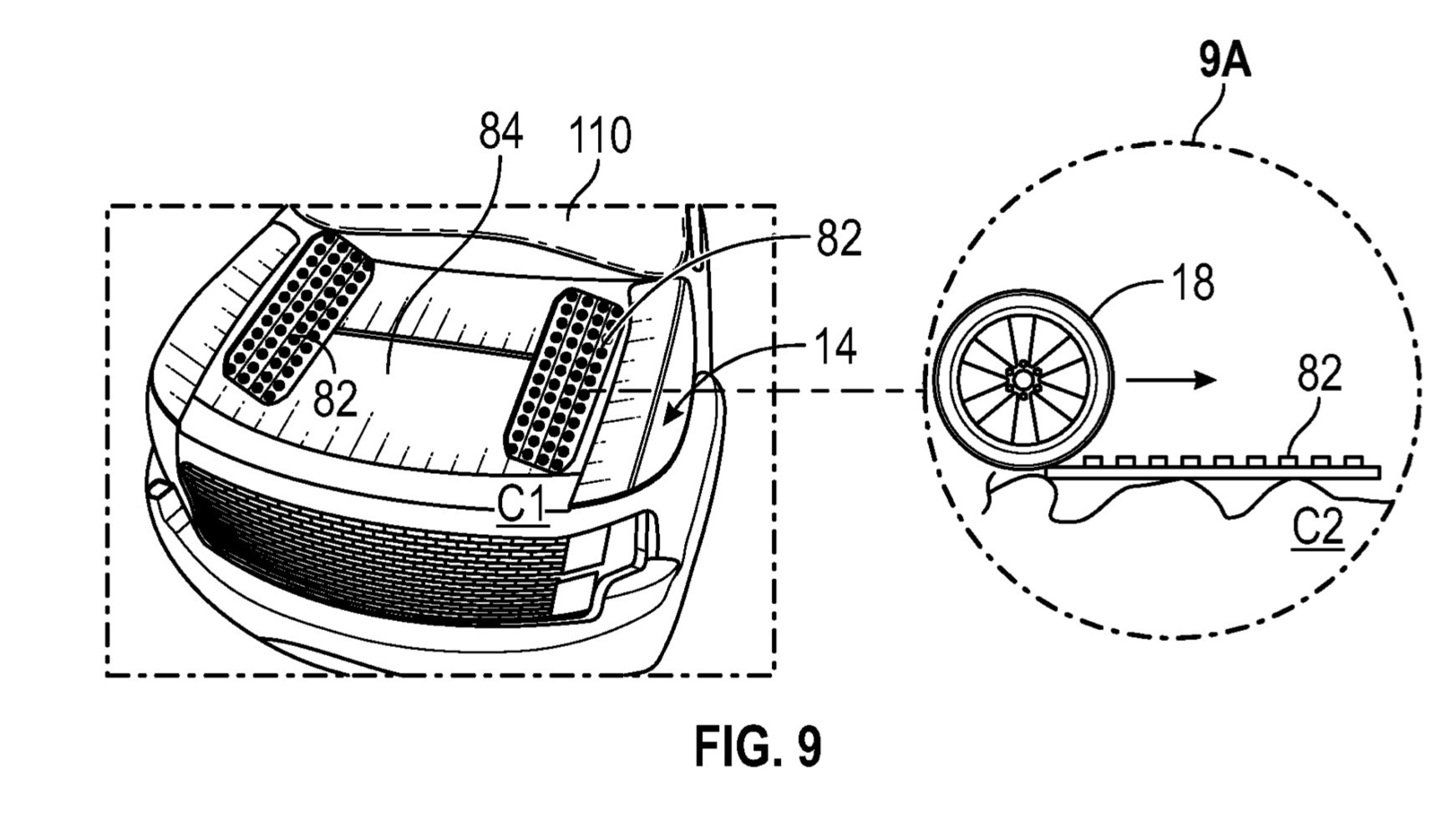 An application published with the United States Patent and Trademark Office (USPTO) on April 21 describes integrated sand ladders that can be mounted on different parts of a vehicle.

Sand ladders can be deployed to provide extra traction to help vehicles get unstuck in sandy conditions. They're usually just stowed onboard, but Ford has proposed having them double as running boards, or just attaching them to various parts of an SUV or pickup truck.

Drawings included with the application show sand rails mounted to the grille and tailgate of a pickup truck, on the tube doors one might expect to be fitted to a Bronco, and in the frunk of an electric pickup like the 2022 Ford F-150 Lightning.

Another application published at the same time describes "methods and apparatus to perform a tank turn." That allows a truck to turn in its own length like a tracked military vehicle. Rivian has already demonstrated a similar feature for its R1T electric pickup.

Ford's version is also designed with EVs in mind. A central controller instructs individual motors to drive the front and rear wheels in opposite directions. Ideally, this would be applied to a four-motor powertrain with one motor powering each wheel, but it would also work with dual motors, one for each axle, Ford noted.

The system would also apply braking force to wheels at opposite corners, such as a right front and left rear wheel, and adjust suspension loads on these wheels, to make the tank turn possible, the document said.

This isn't the first time Ford has attempted to patent an answer to Rivian's tank turn. Another recent filing described using four-wheel steering to turn the front and rear wheels in opposite directions for an off-road crawling feature. This in turn seems to build on a rear-wheel steering patent application published in 2019.

Ford has been pretty busy with patent applications lately. The automaker has also applied for patents on retractable exhaust tips to improve departure angles while off-roading.