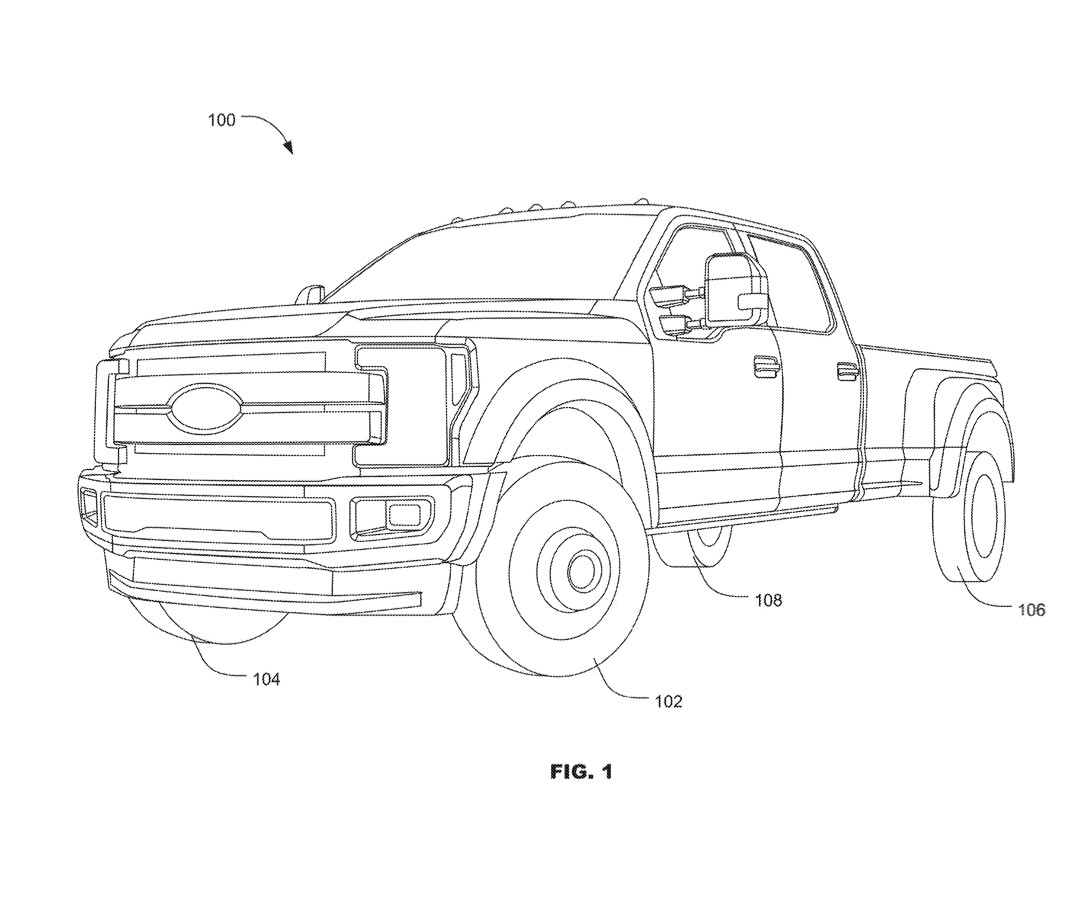 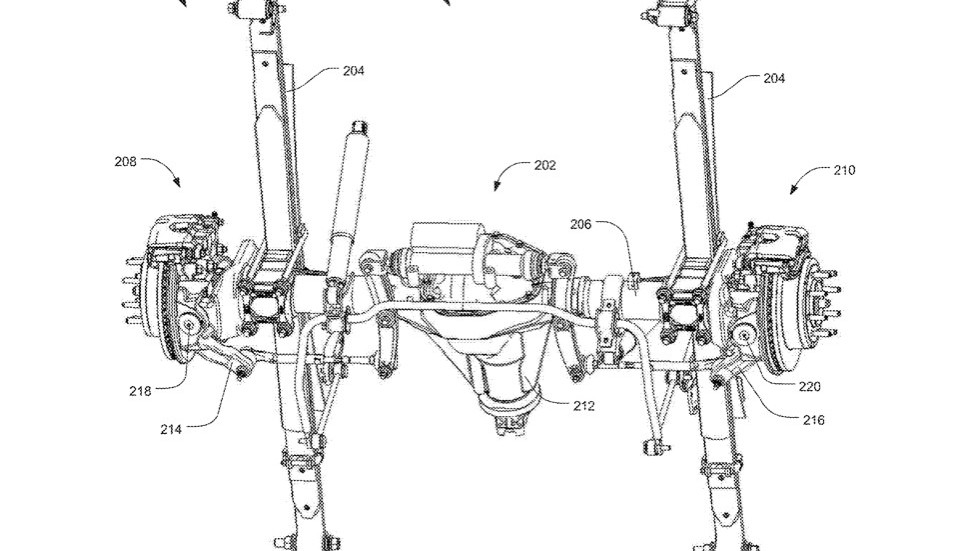 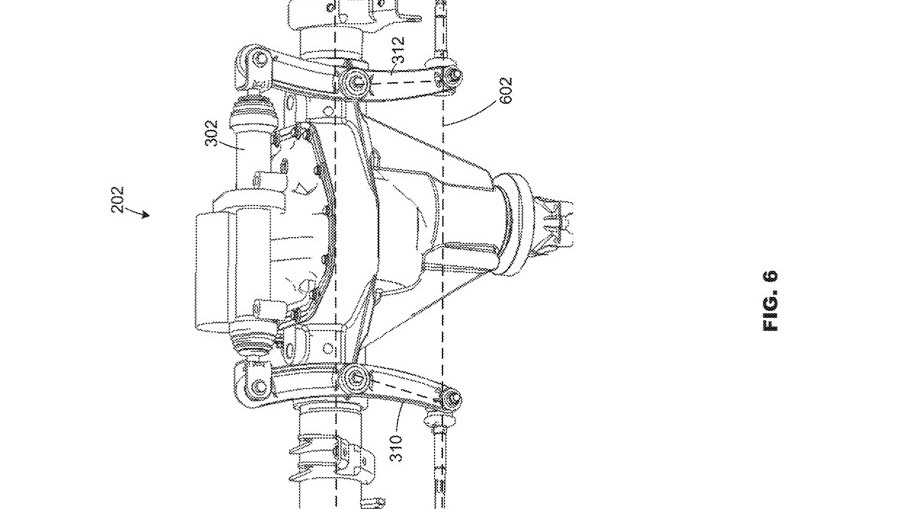 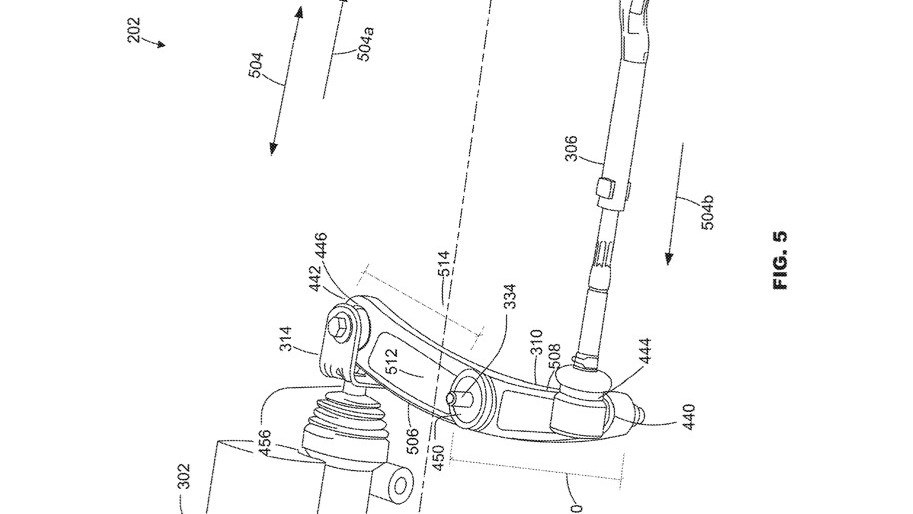 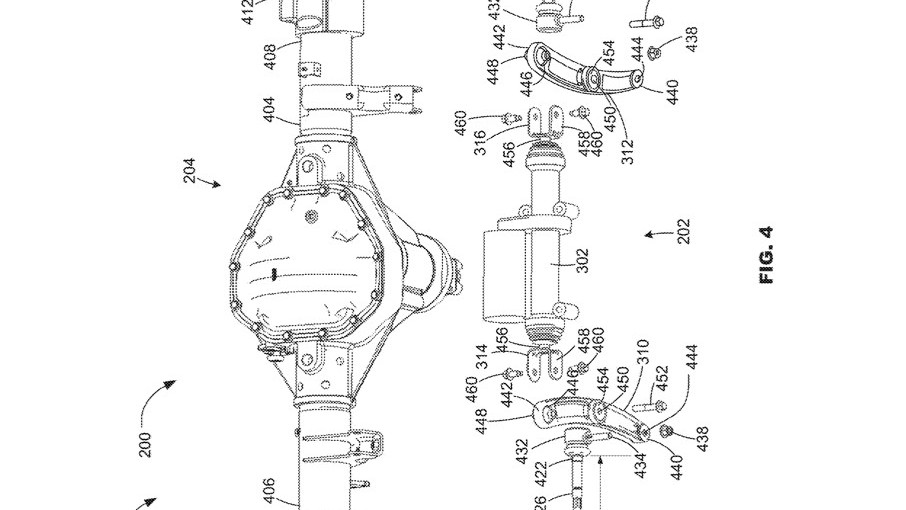 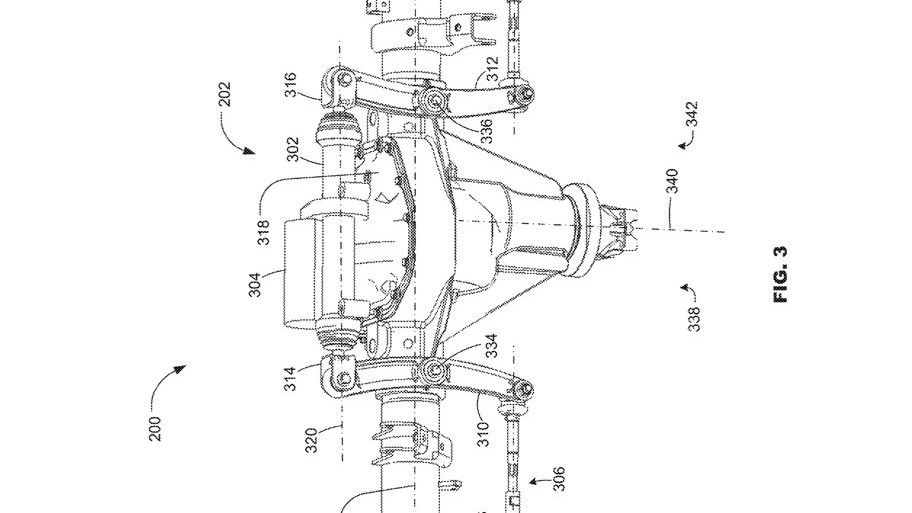 Remember back in the early 2000s when General Motors offered a four-wheel-steering setup for its light-duty pickups and heavy-duty Suburbans? The system was called Quadrasteer, and it died in 2005 after four model years. It seems Ford remembers the idea.

The Drive dug up a patent filed by Ford in June of 2018 that was published in December 2019. The patent, filed with the United States Patent and Trademark Office with the title "Wheel steering apparatus to generate positive Ackermann," outlines a four-wheel-steering system for pickup trucks. 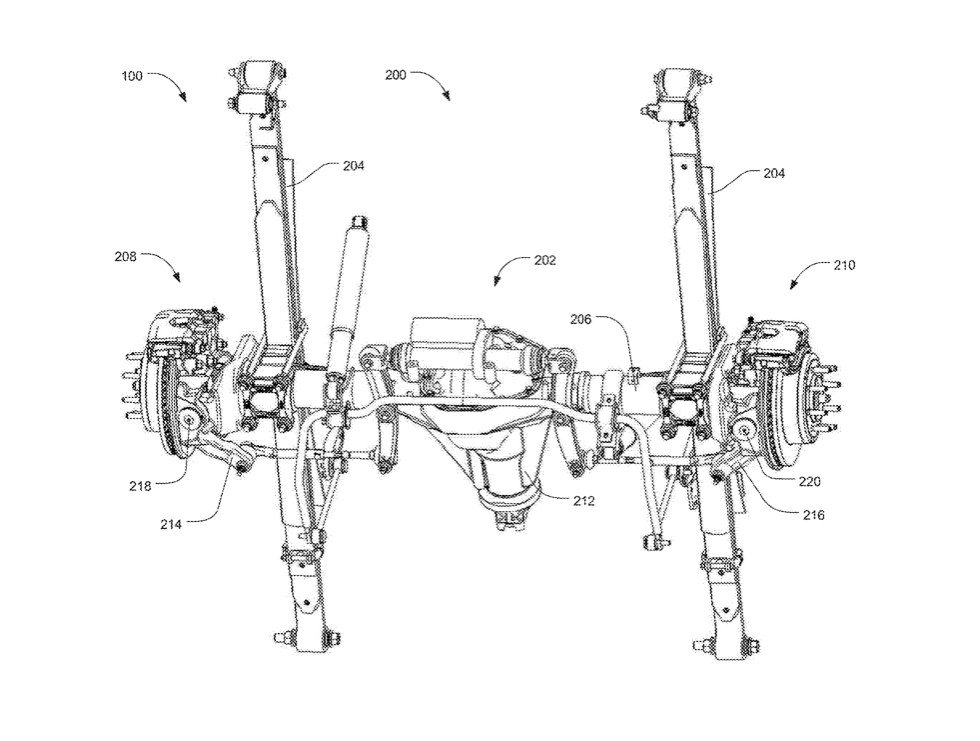 The patent shows the Blue Oval's setup can supposedly turn the rear wheels at a sharper angle than other systems.

The Drive pointed out this setup uses "Ackermann steering geometry," which allows both rear wheels to change directions at the same time while allowing the tires' contact patch to keep contact with the ground. The main benefit of this design is to allow the trucks to turn using the system without affecting the handling or contact patch while still allowing for normal tire wear.

Ford spokesman Mike Levine told Motor Authority the automaker submits patents on new inventions as a normal course of business but they aren't necessarily an indication of product plans.

Whether Ford intends to put this four-wheel-steering system into production is anyone's guess. However, given the length of modern pickups, a system that would sharpen turning radii is a good idea.

GM's Quadrasteer setup was very costly in its first couple of years. It cost as much as $7,485 in 2002. It was also expensive to make, expensive to repair, and unreliable. Almost two decades of automotive engineer advancements should make Ford's system cheaper and more reliable.

If Ford plans to implement the four-wheel-steering system on its F-150 it will be on the next-gen truck, which will likely be revealed in 2020 as a 2021 model.