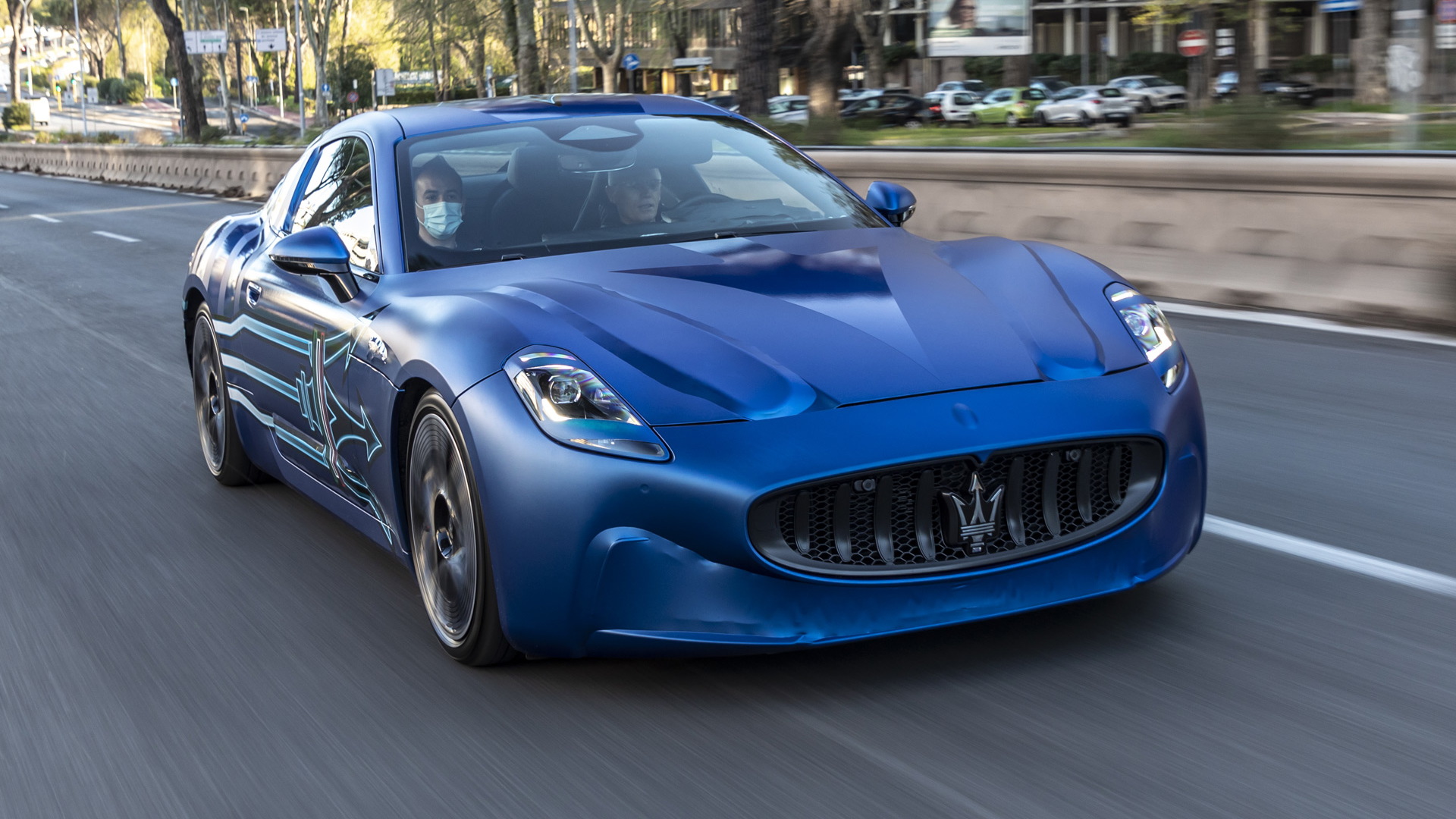 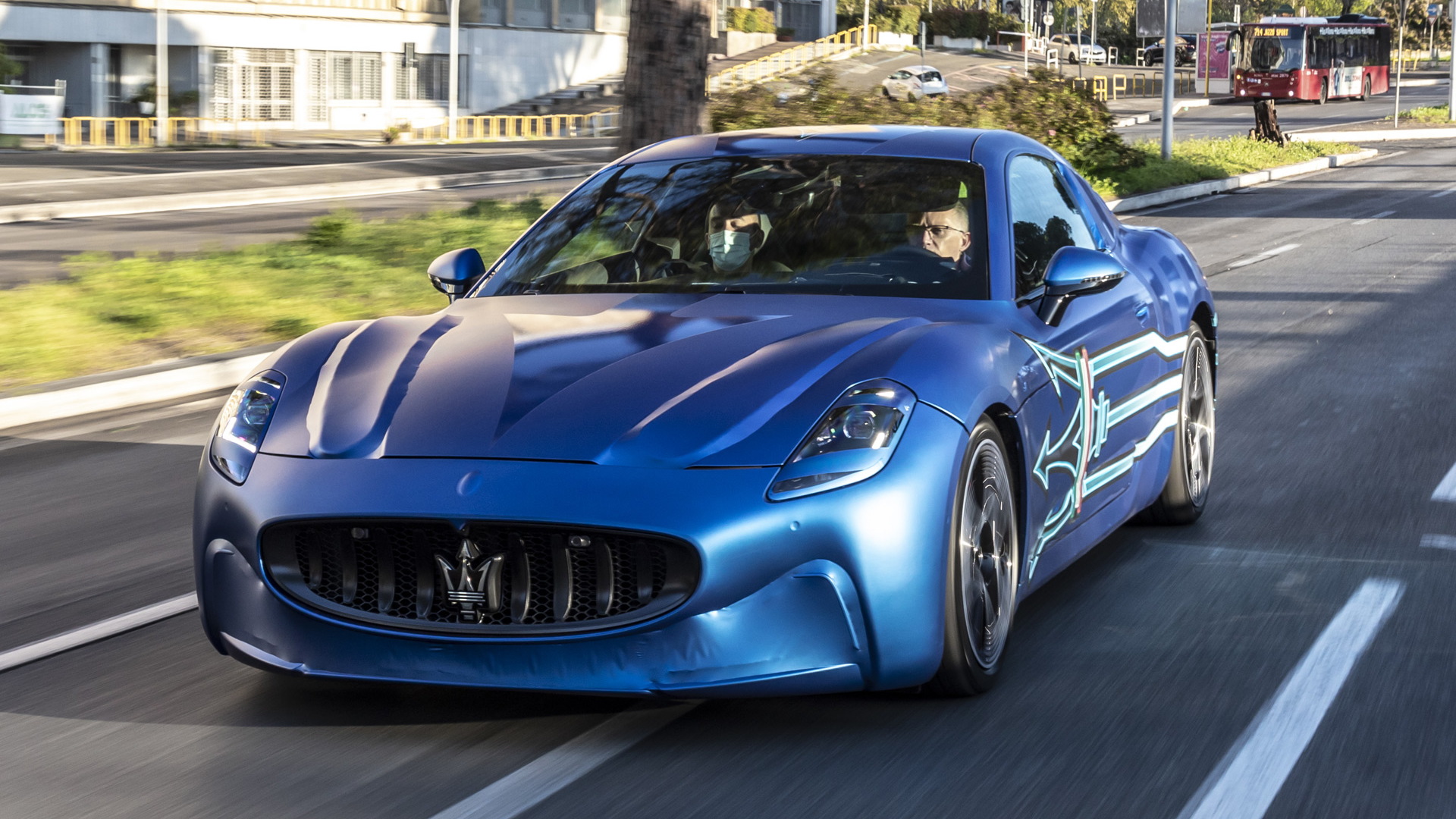 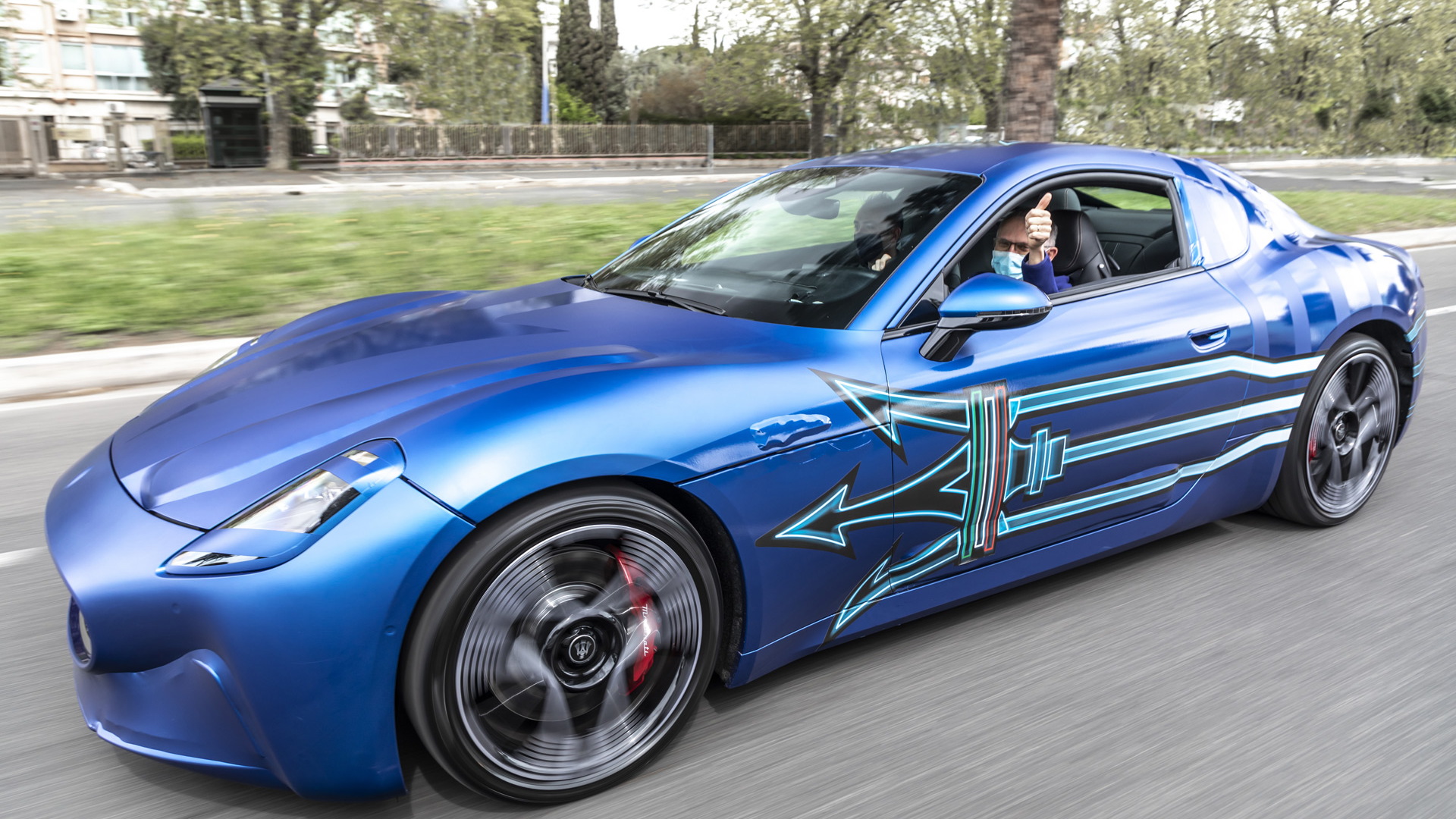 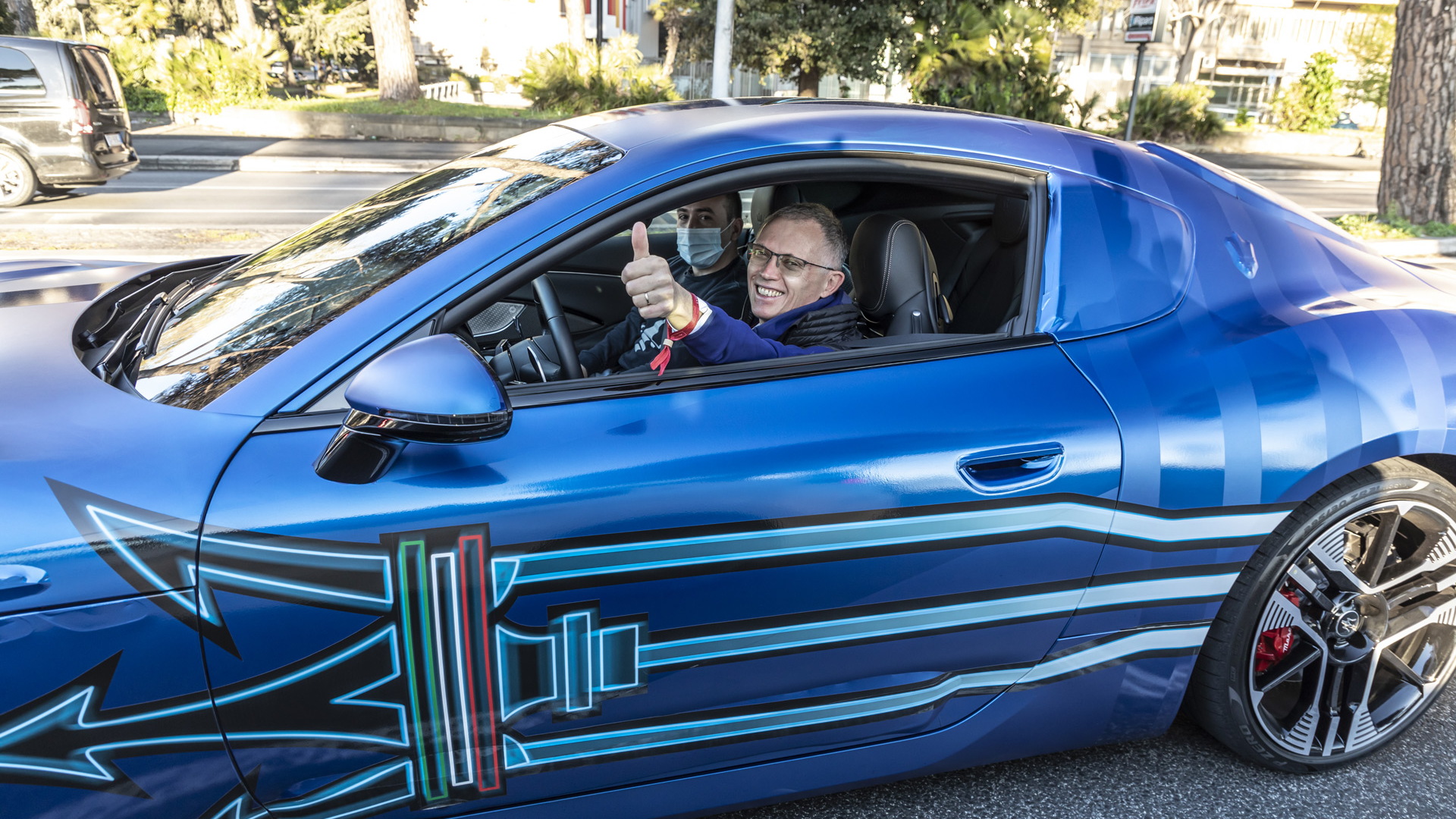 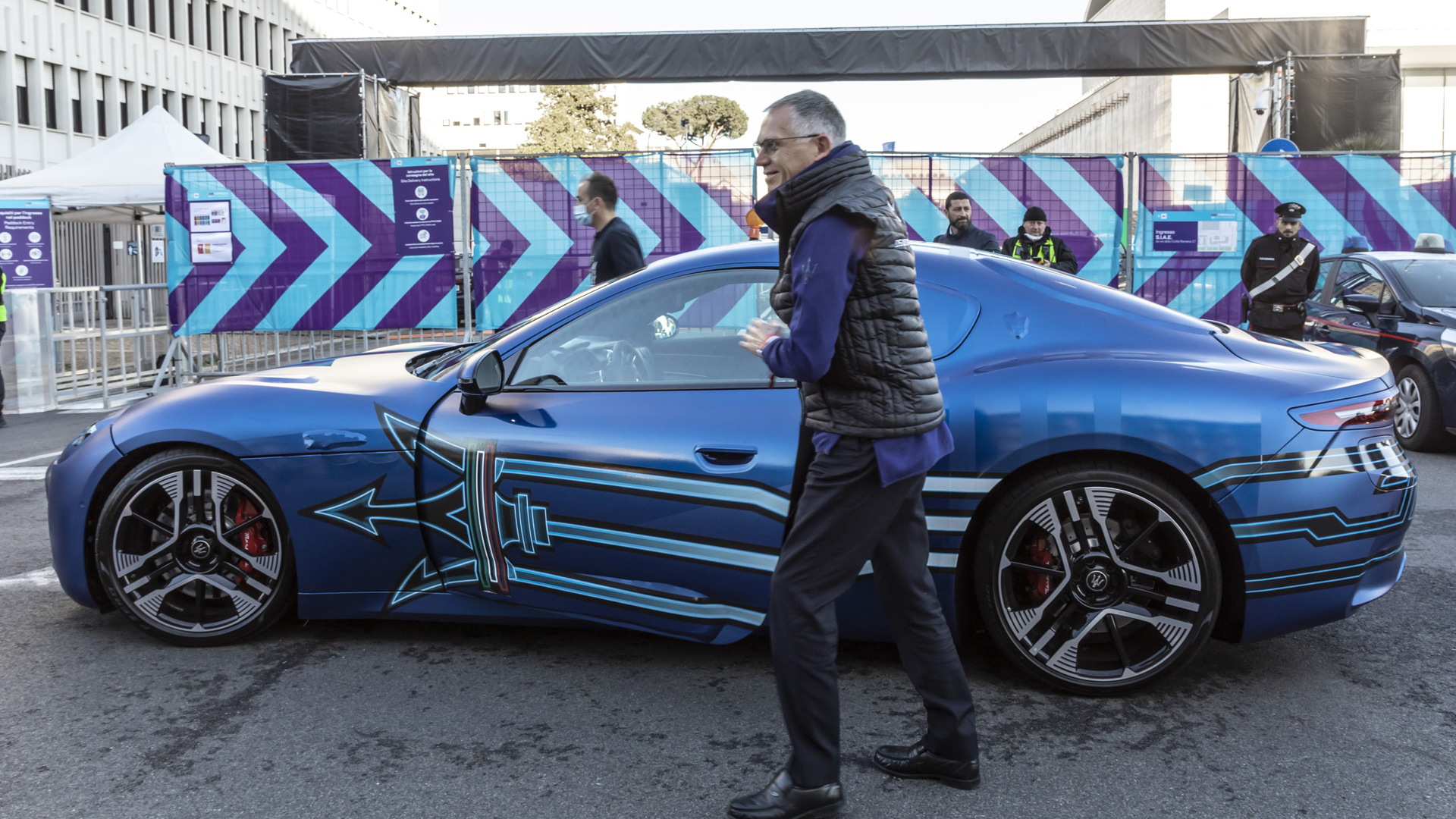 Maserati is developing a redesigned GranTurismo for launch in 2023 and Carlos Tavares, the CEO of Maserati parent company Stellantis, has just taken a late-stage prototype for a spin on the streets of Rome.

The prototype is for an electric version to be called the GranTurismo Folgore, which Maserati had on display in Rome as part of the promotions for the 2022 Formula E Rome E-Prix held on April 9. The automaker, which plans to have an electric option on every vehicle in its lineup by 2025 and be a full-electric brand by 2030, is set to enter the Formula E World Championship next year.

The powertrain in the GranTurismo Folgore is confirmed as a three-motor setup with one motor up front and two at the rear. The setup will run at 800 volts, meaning high-speed charging will be possible, and peak output will be over 1,200 hp—yes, hypercar territory.

Maserati has been quiet on its plans for the internal-combustion GranTurismo. The car will likely come with Maserati's 3.0-liter twin-turbocharged V-6 that debuted in the the 2022 MC20 supercar, possibly with a mild-hybrid setup attached. The V-6 on its own delivers 621 hp in the MC20.

A GranTurismo Convertible (GranCabrio in some markets) is also planned. Expect it to arrive arrive in 2023 or 2024.

The GranTurismo Folgore won't be the only electric Maserati available next year. The automaker in March revealed a small crossover dubbed the Grecale, and based on the Alfa Romeo Stelvio's Giorgio platform. The Grecale will start sales later this year with internal-combustion power but will spawn an electric Grecale Folgore variant in 2023. Folgore, Italian for “lightning,” is Maserati's branding for EVs.

The Folgore vehicles can be recognized by their unique front fascias that are made more streamlined by having fewer openings, including in the signature trident grille.