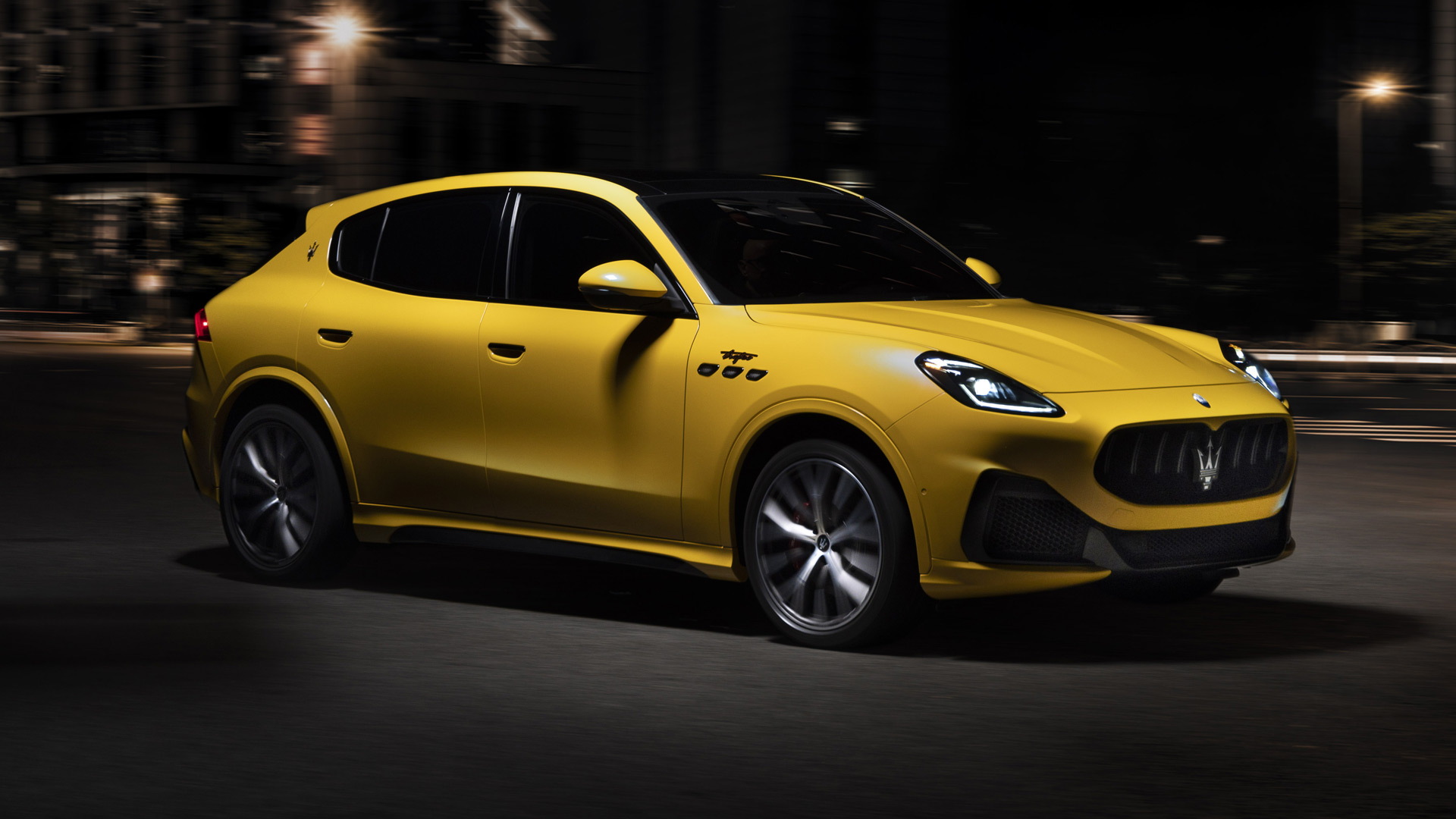 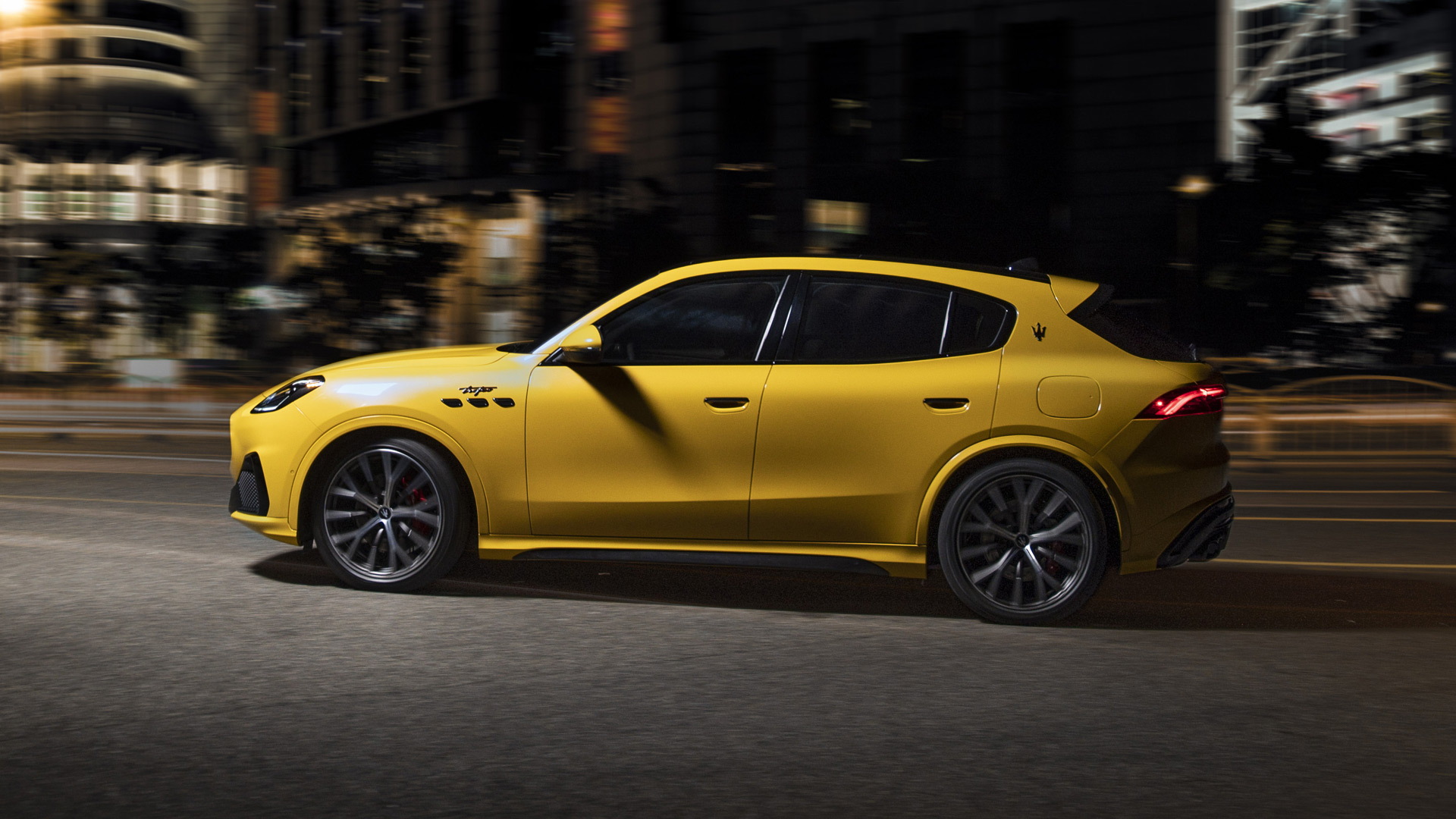 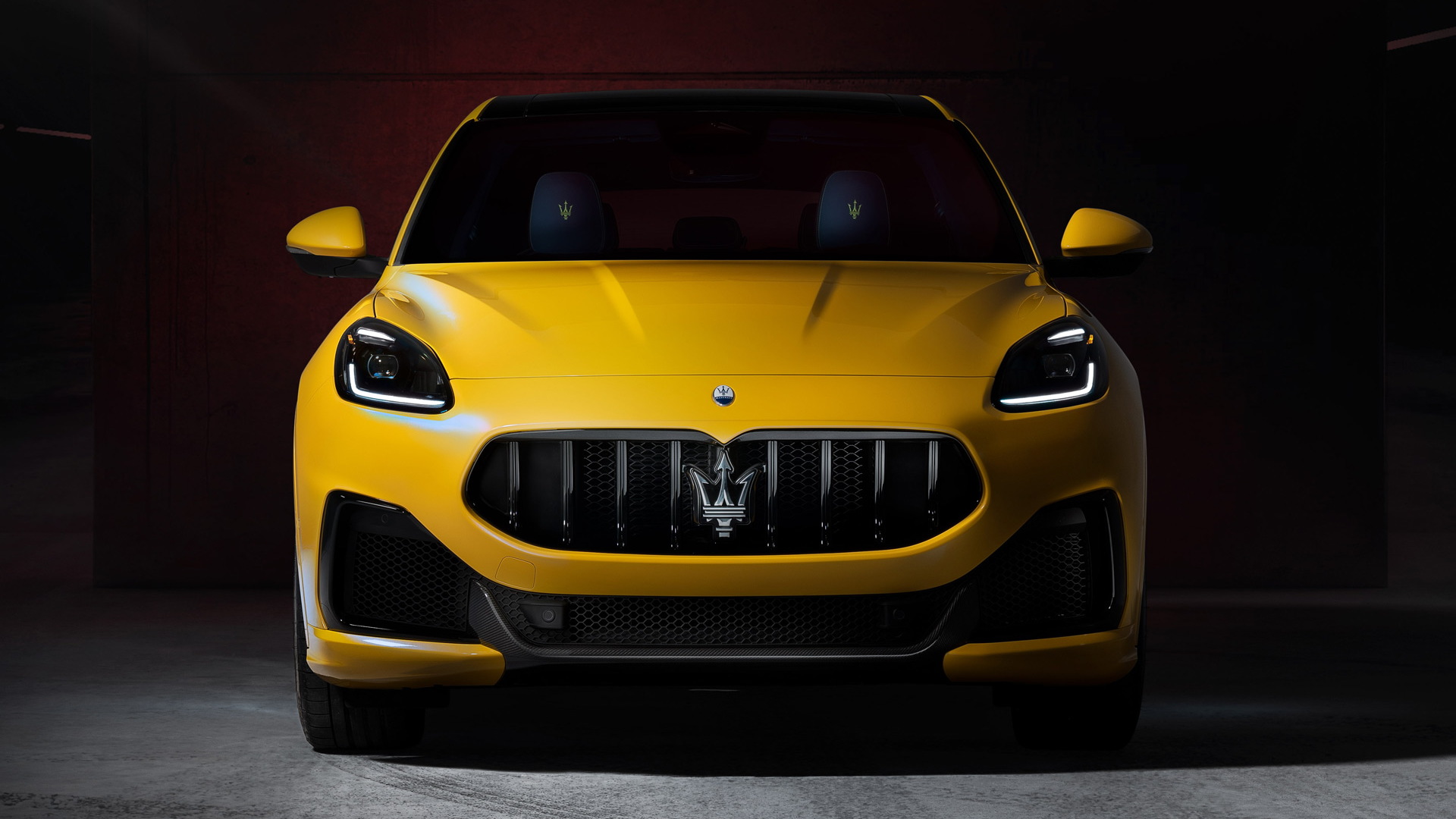 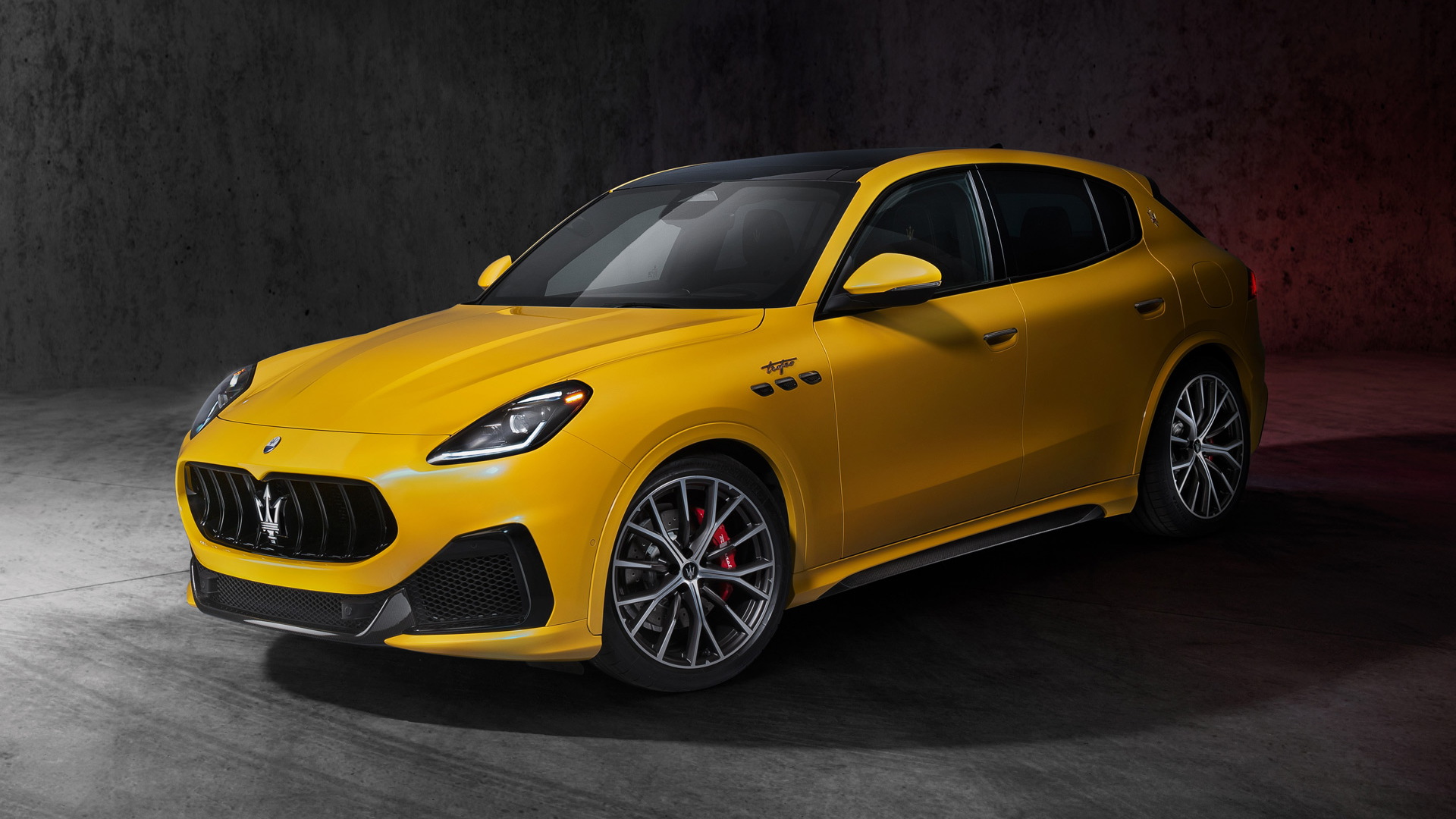 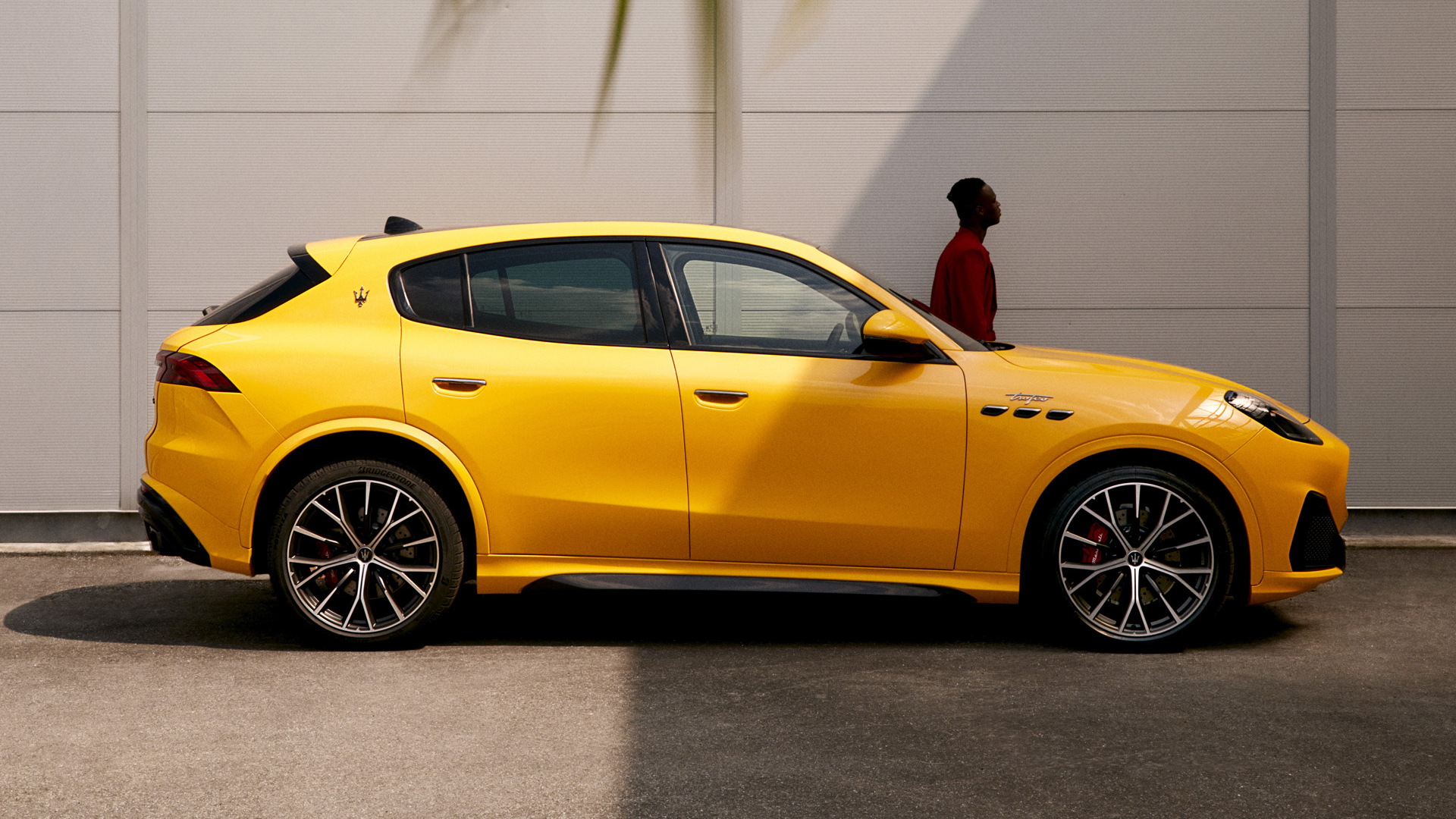 The Grecale is designed to directly challenge the Porsche Macan, and it even has an answer for the planned electric Macan in the form of the Grecale Folgore, which was also shown on Tuesday. Folgore, which is Italian for “lightning,” is Maserati's branding for electric vehicles.

The Grecale goes on sale in the second half of 2022, though with internal-combustion engines only. The Grecale Folgore will follow in 2023. It looks the same as the regular Grecale, apart from having a unique front fascia that's made more streamlined by having fewer openings.

The Grecale is closely related to the Alfa Romeo Stelvio—the two crossovers are also being built at the same Stellantis plant in Cassino, Italy—but to stand out, the Grecale has benefited from its own Maserati-exclusive powertrains.

Full specs for the Grecale Folgore are yet to be announced but we know it will come with a 400-volt, 105-kilowatt-hour battery. It will also have as much as 590 lb-ft of torque.

Inside, the driver is greeted with a 12.3-inch digital instrument cluster. Next to this is the infotainment screen, which is split into two screens cascading down the center stack. At the top of the stack is Maserati's traditional clock, made digital for the first time.

The user interface, referred to as the Maserati Intelligent Assistant (MIA), is powered by Google's Android operating system. Voice commands can also be made by simply starting with the phrase, “Hey Maserati.” Other features include a 21-speaker (14-speaker standard) Sonus Faber sound system and a drive mode selector with Comfort, GT, Sport, Corsa (Trofeo only), and Off-Road modes.

Detailed specifications for the U.S. will be announced closer to the market launch but we know pricing will start at $64,995, including a $1,495 destination charge.

In case you're wondering, the Grecale name comes from a wind of the Mediterranean. Maserati has a long-standing practice of naming its cars after winds, a practice that started in 1963 with the Mistral and continued with the Ghibli, Bora, Khamsin and Levante.

Maserati has some busy years ahead. The MC20 has just gone on sale, and Maserati is already testing an open-top version. Next in the pipeline will be the arrival of the Grecale and a redesigned GranTurismo. Like the Grecale, both the MC20 and new GranTurismo will offer the choice between internal-combustion and electric power.

Further out, Maserati will launch redesigned versions of the Quattroporte and Levante, possibly with electric power only. Maserati will also phase out the Ghibli after the current model's run.