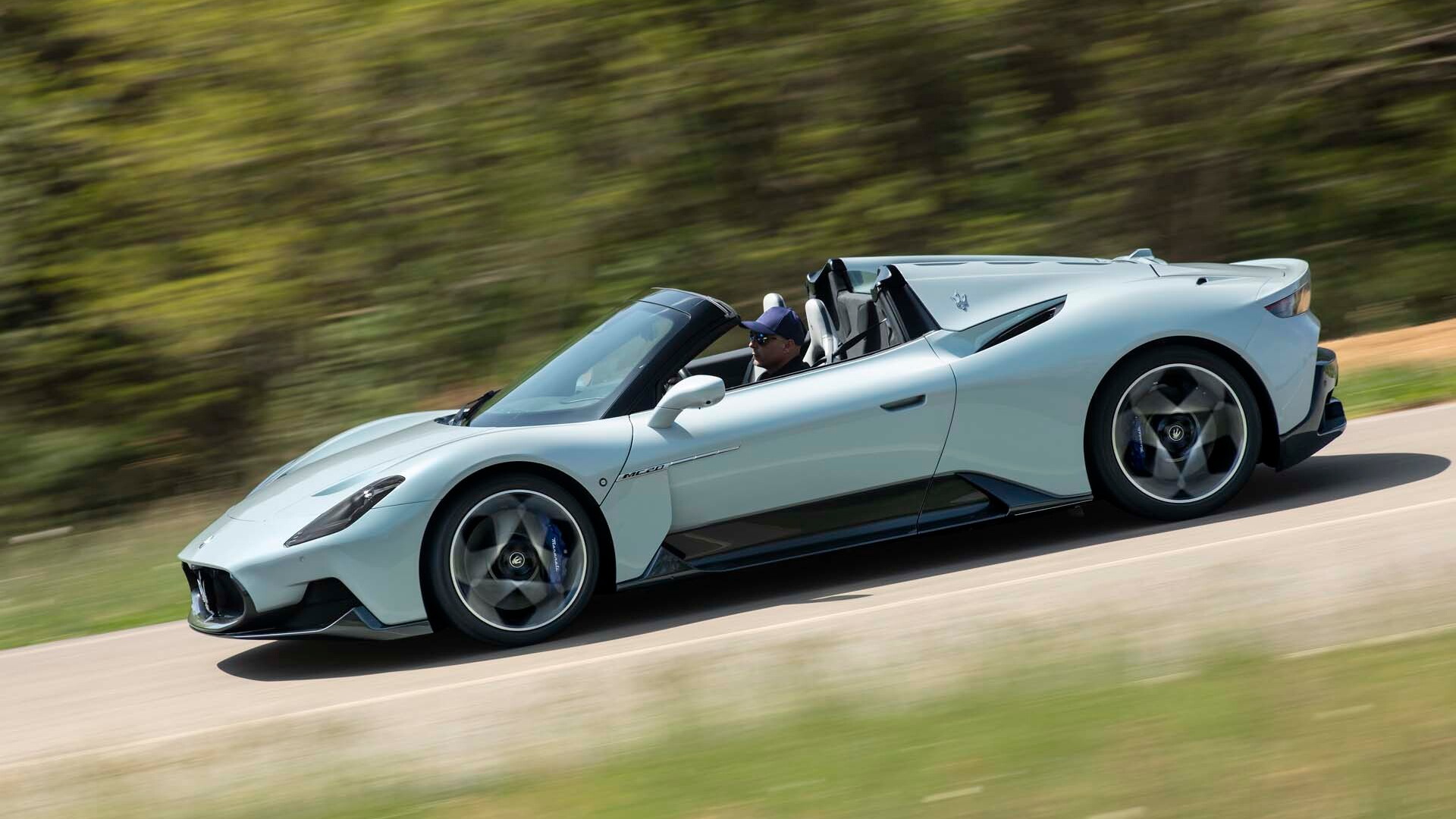 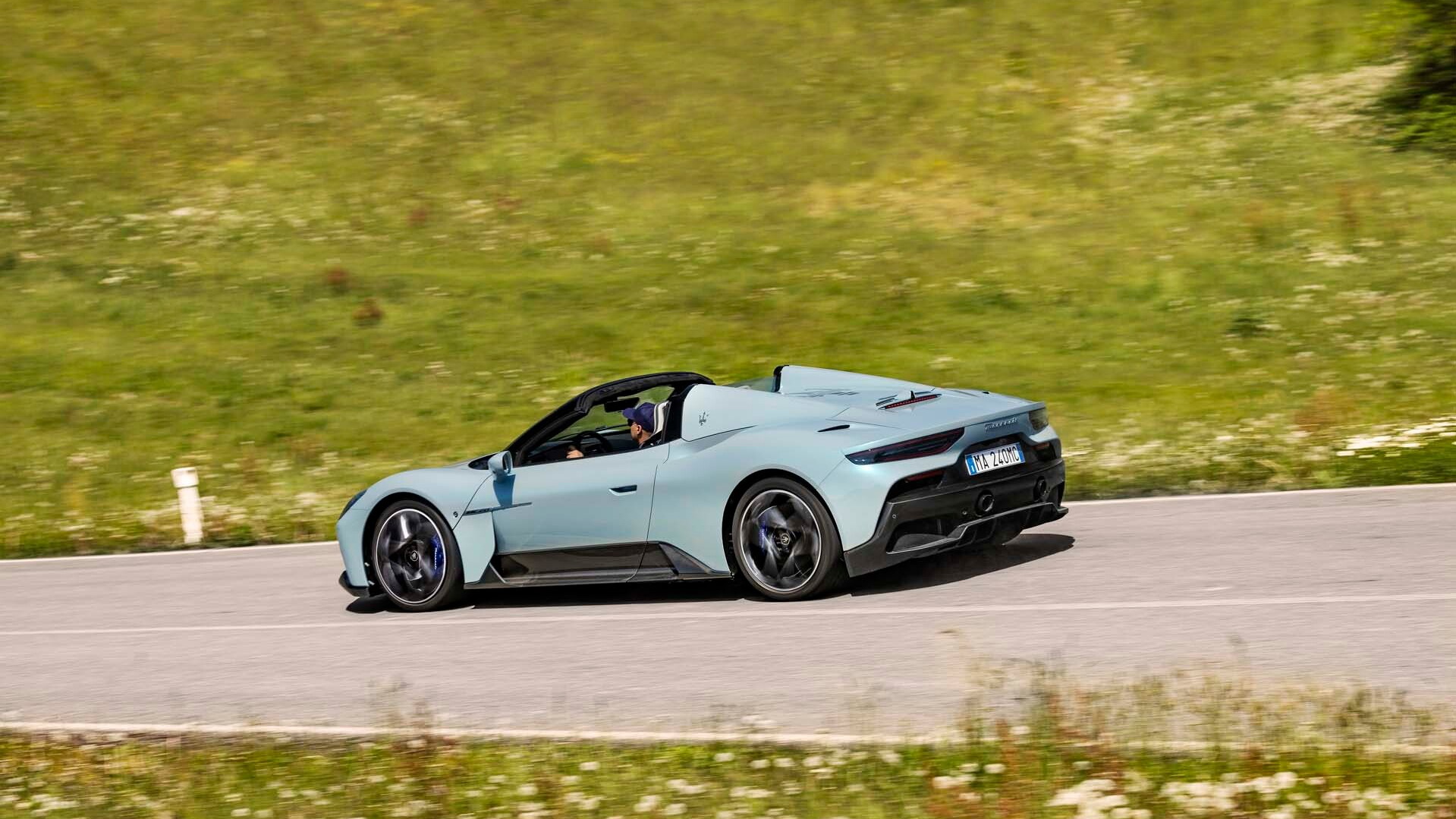 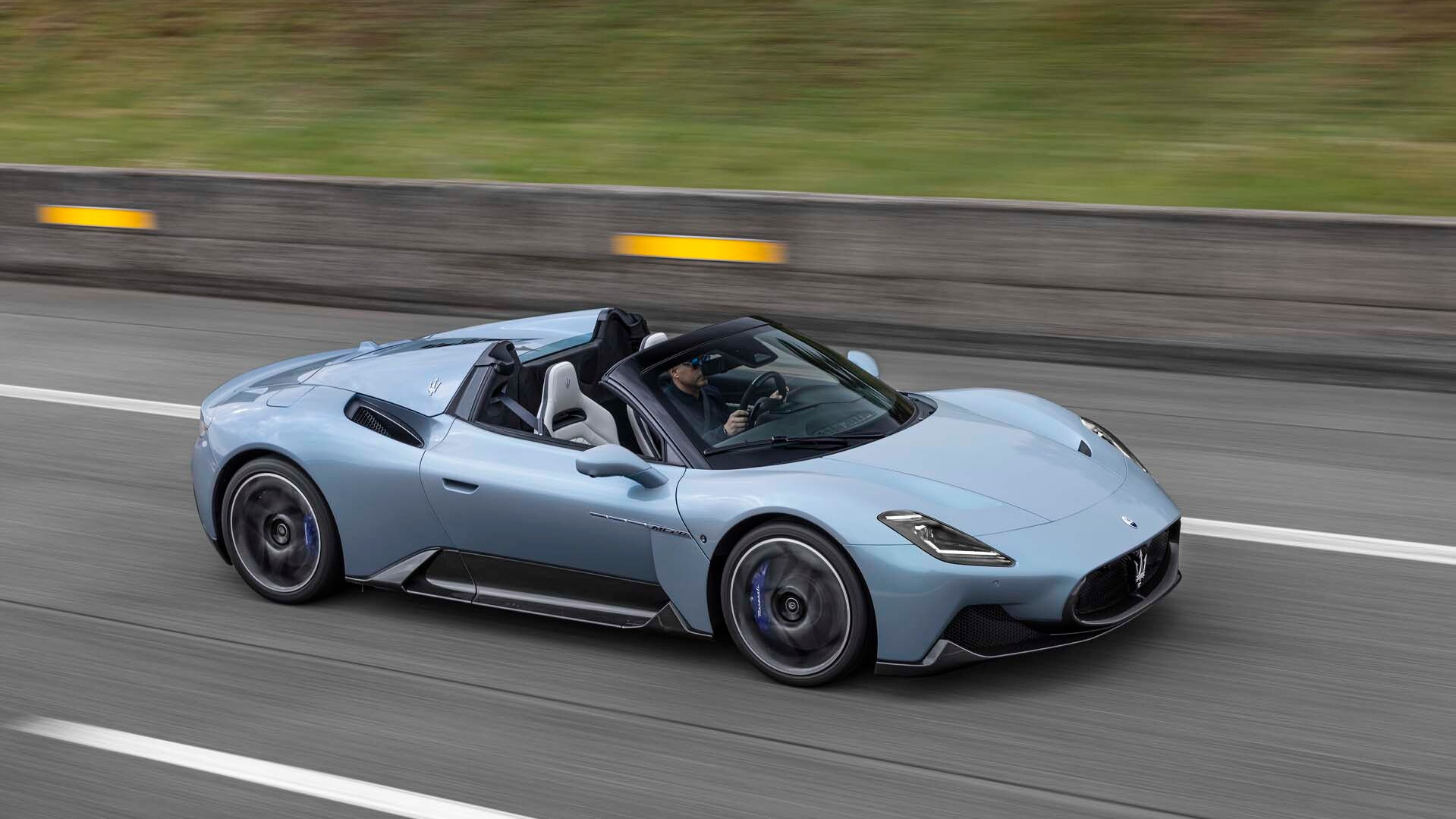 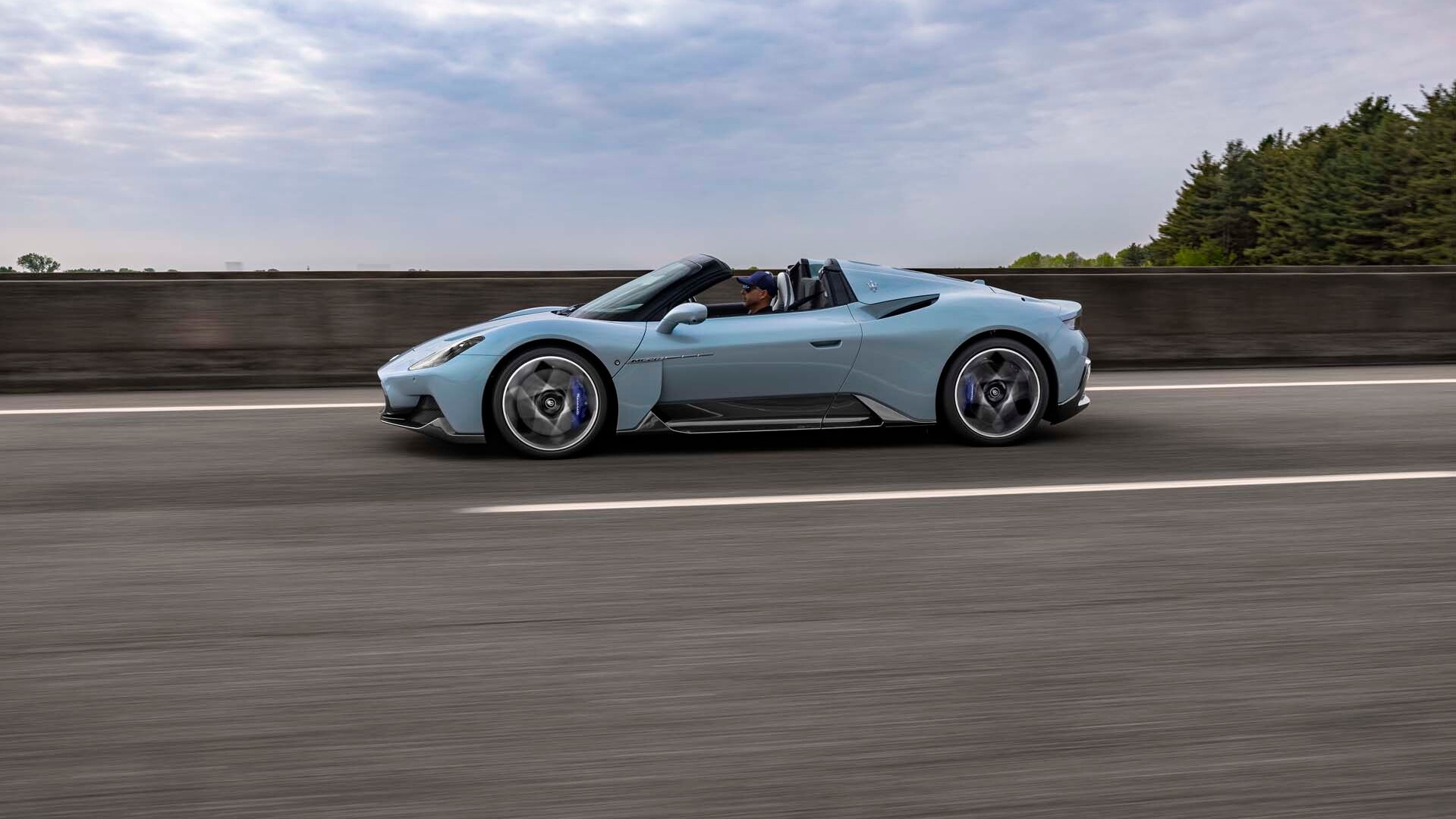 Maserati has revealed the convertible version of its MC20 supercar, which skips the automaker's more traditional Spyder name for open-top cars in favor of the new name Cielo.

The name means “sky” in Italian, and its usage on the convertible MC20 is apt as occupants get a full view of the sky whether the roof is up or down. That's because the car's automated roof is made from glass, specifically electrochromic glass which means the level of transparency can be changed in an instant.

The addition of a retractable hard-top (as opposed to a soft-top) also means the MC20 Cielo should deliver similar comfort, noise levels, and driving performance to the coupe. Operating the roof is done via the central screen and takes just 12 seconds to turn the car from a coupe into a sun-soaked roadster.

There is a weight penalty of 143 pounds (resulting in a curb weight of 3,395 pounds), though this will be hard to notice from behind the wheel. Such a small weight penalty was made possible due to the MC20's carbon-fiber monocoque structure which didn't require any additional reinforcements, as it was developed from the onset to support the roofless version of the car. It was also developed to support a battery for a planned electric version of the MC20 likely to be called the MC20 Folgore.

Aside from the ability to drop the top, the MC20 Cielo is virtually identical to the coupe. Behind the cabin sits a 3.0-liter twin-turbocharged V-6 rated at 621 hp and 538 lb-ft of torque. Drive is routed to the rear wheels via an 8-speed dual-clutch automatic, and sees the car sprint from 0-60 mph in under 3.0 seconds and finally top out at close to 200 mph.

The MC20 Cielo arrives as a 2023 model and brings with it some new features added to the MC20 range. Among the new items are a surround-view camera, traffic sign recognition, and automatic emergency braking. Maserati said the available 12-speaker Sonus Faber audio system was also specifically optimized to fit the unique acoustic and positioning needs of the MC20 Cielo's cabin.

There will be a special PrimaSerie Launch Edition version of the MC20 Cielo. Limited to just 60 units worldwide, the cars will come with extra equipment including some exclusive items, one of which is a unique combination of the new color Acquamarina for the body, coupled with wheels finished in matte black and featuring a “PrimaSerie” script.

The MC20 coupe starts at $212,000, and the MC20 Cielo will undoubtedly carry a premium. Pricing information will be announced closer to the market launch.

Maserati has a busy year ahead. In addition to the MC20 Cielo, the Italian marque will also start sales of the new Grecale small crossover and a redesigned GranTurismo boasting an electric model delivering more than 1,200 hp.