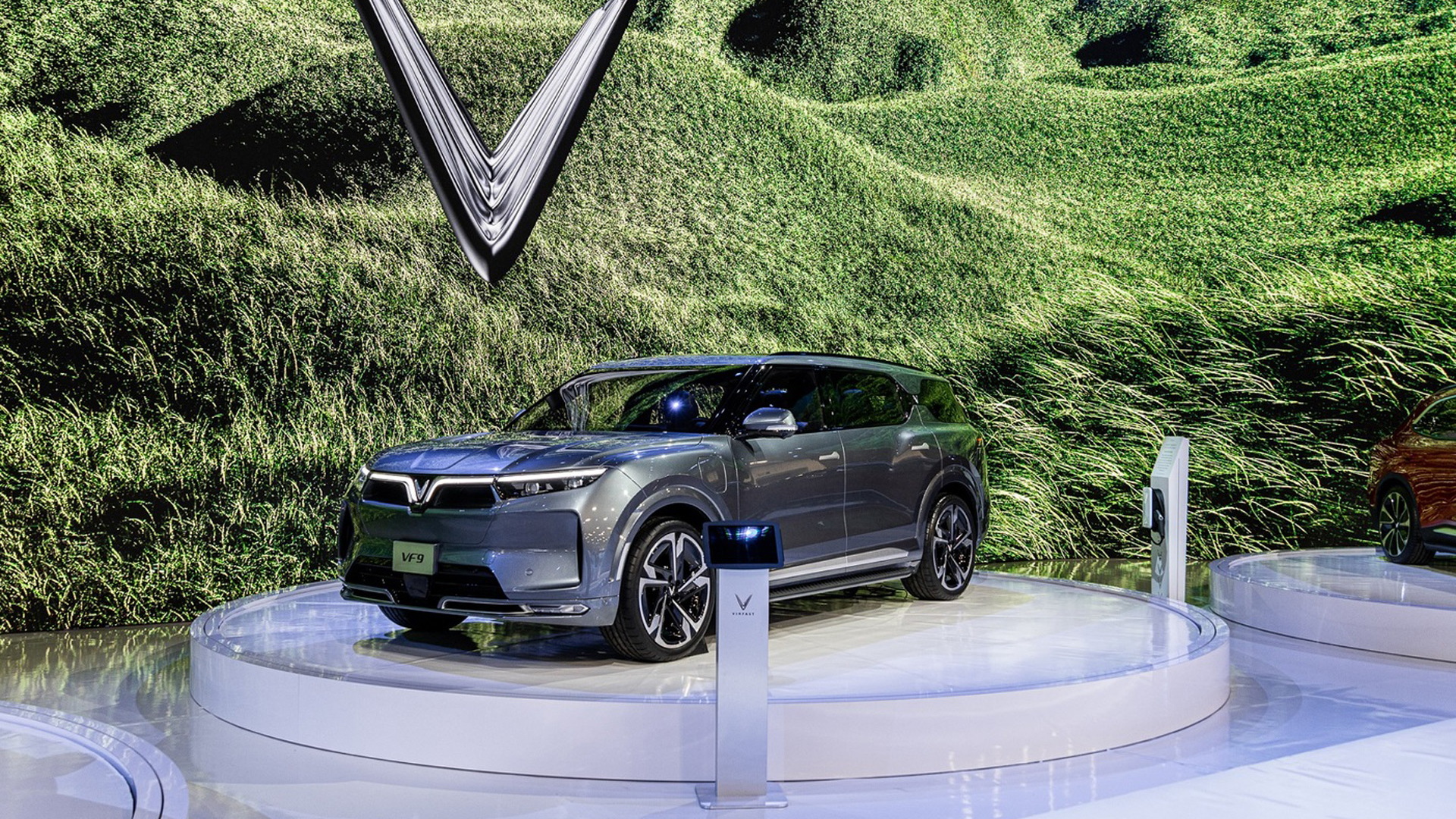 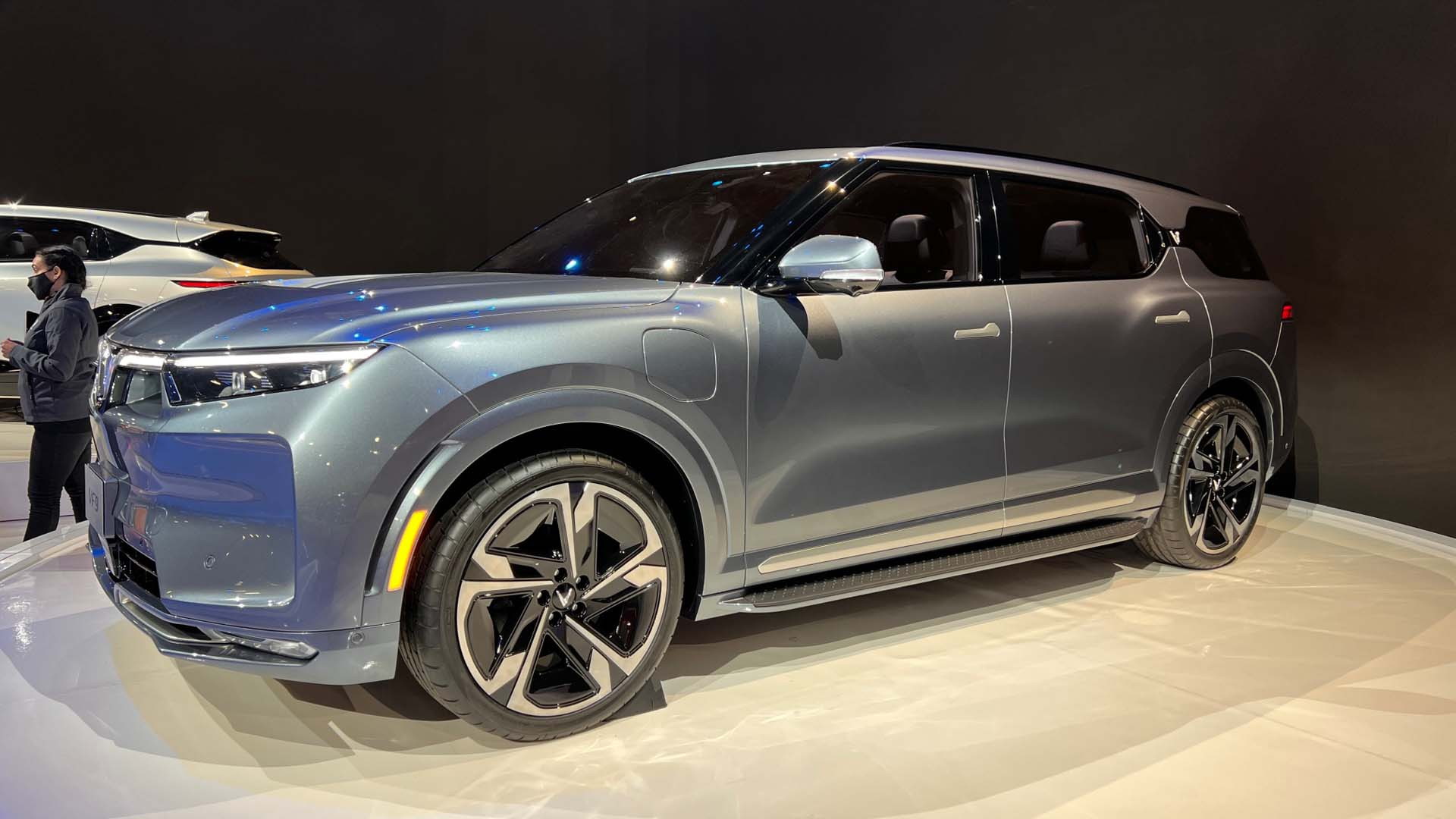 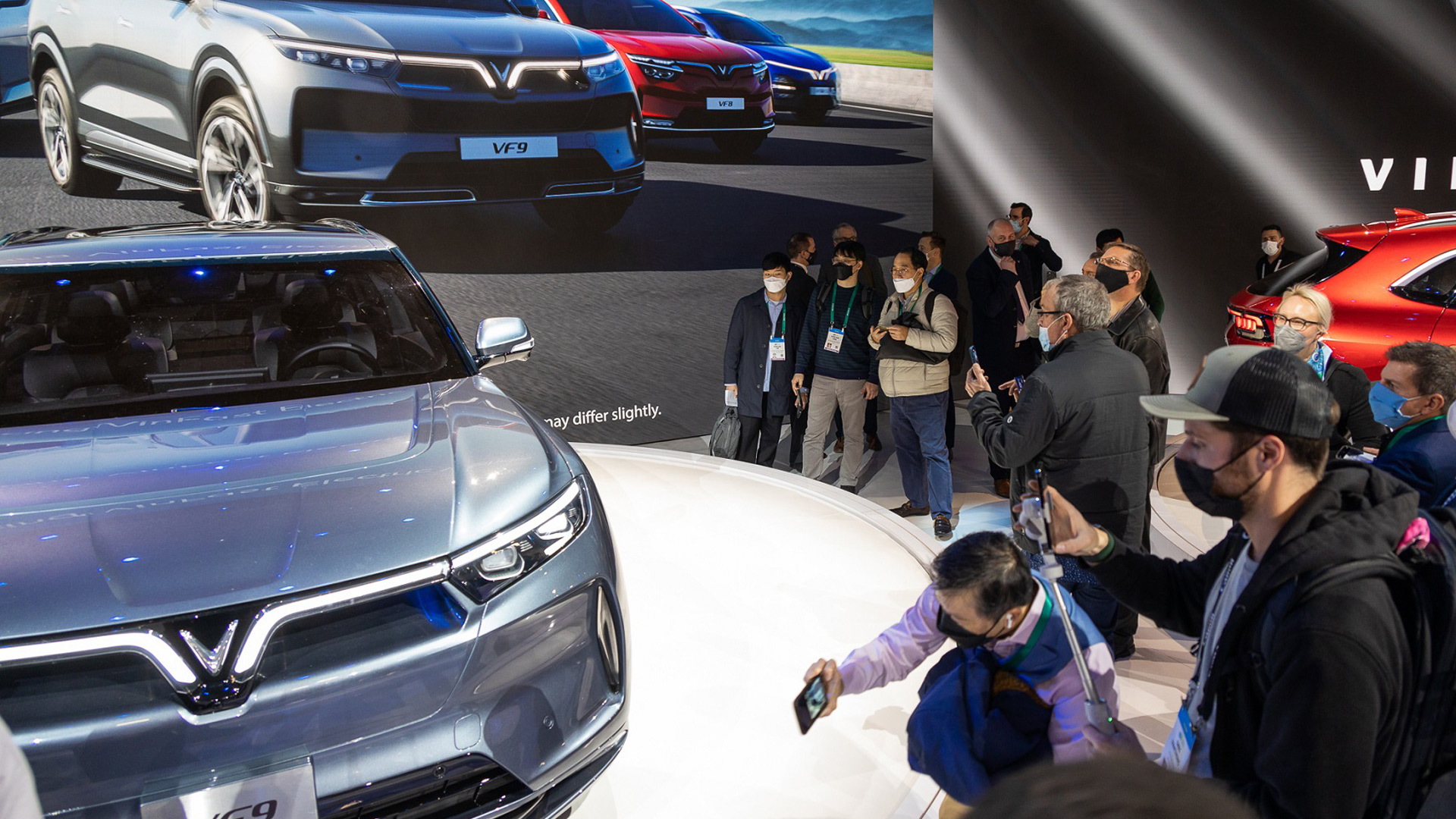 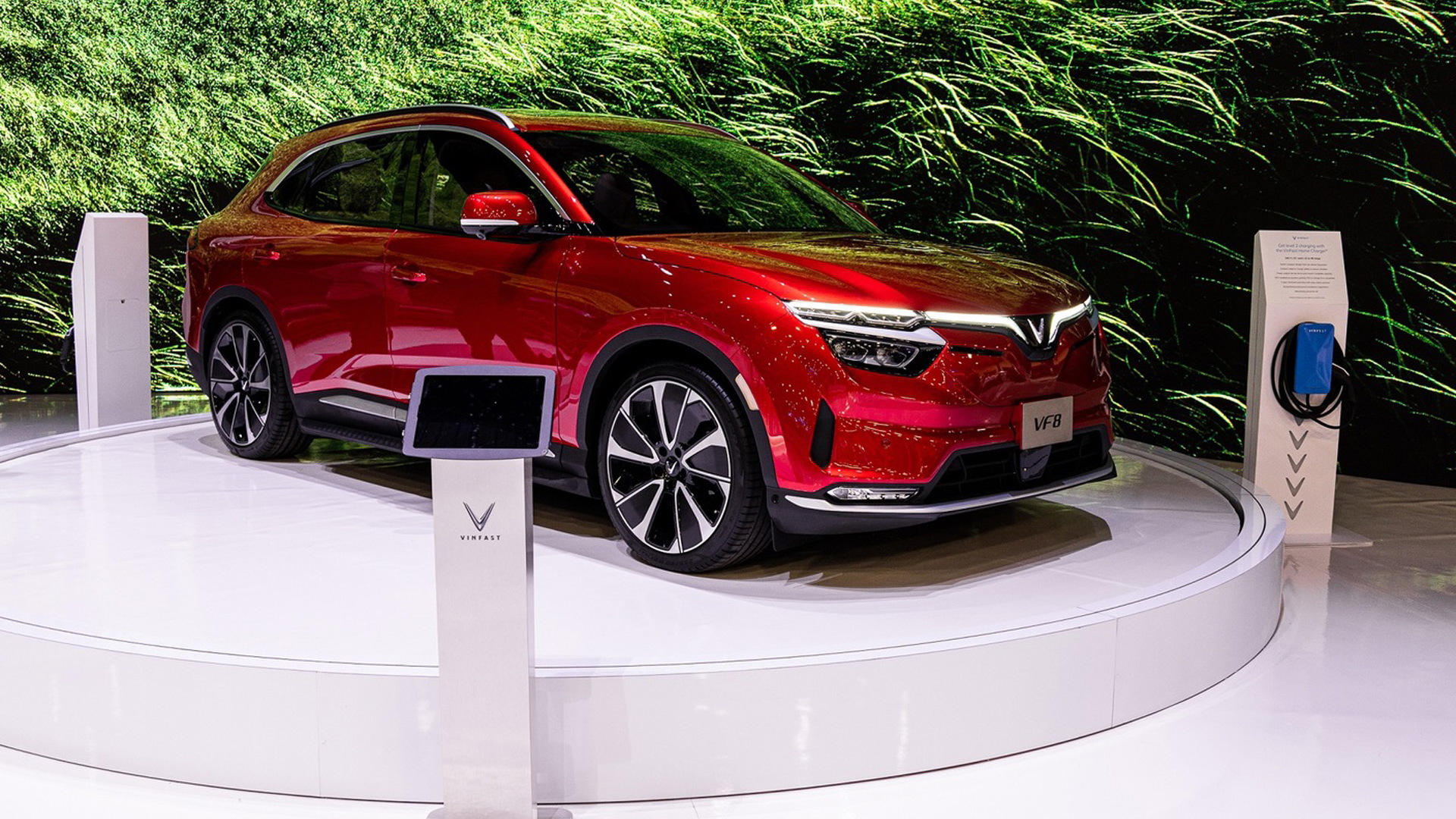 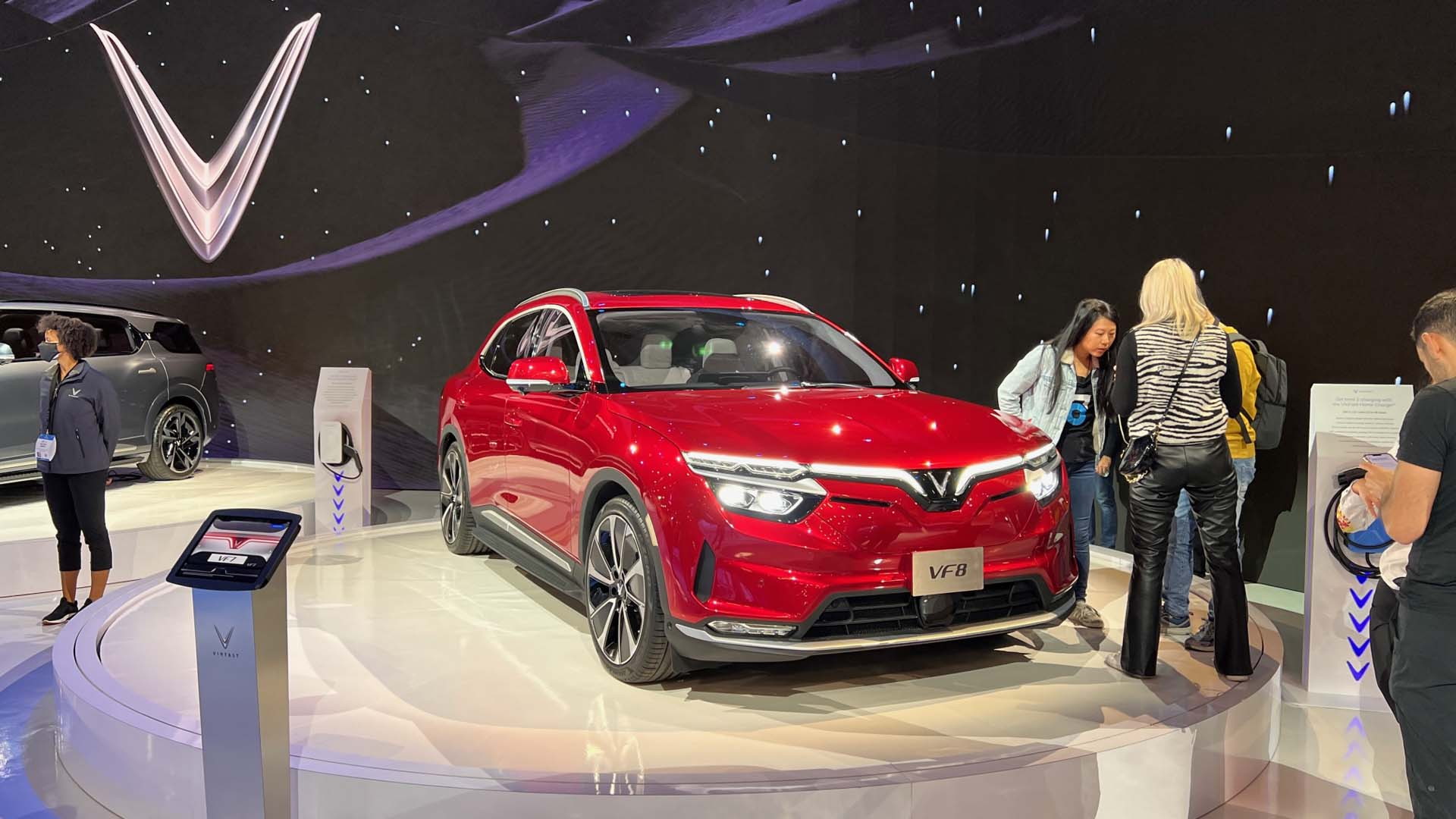 It was only in 2018 that Vinfast arrived on the scene with its first vehicles, a sedan and crossover based on donor BMW platforms.

Since then the Vietnamese automaker has turned its focus toward electric vehicles and established a presence in the U.S., with the first two U.S.-bound vehicles, the VF8 (previously VF E35) and VF9 (previously VF E36) crossovers, unveiled last November at the 2021 Los Angeles Auto Show.

Vinfast isn't slowing down and used this week's 2022 Consumer Electronics Show in Las Vegas to complete its EV lineup with the reveal of three more vehicles, all of them crossovers positioned below the mid-size VF8 and full-size VF9. The new vehicles include the subcompact VF5, compact VF6, and small VF7.

Vinfast at the 2022 Consumer Electronics Show

Vinfast's plan to stand out is by offering a premium product at a reasonable price. For instance, Vinfast will equip its vehicles as standard with many features that rivals charge a premium. The automaker confirmed its vehicles will feature advanced technologies like electronic driver-assist features, as well as voice activation and e-commerce services.

Vinfast has started accepting reservations for the VF8 and VF9 which are expected to reach the U.S. in late 2022. Timing for the other vehicles wasn't announced.

The VF8 is priced from $41,000 and the VF9 from $56,000. Those prices exclude destination and don't cover the cost of the battery. Customers will be required to lease a battery, with a Flexible plan limiting usage to 300 miles per month (with extra costs for additional miles driven) and a Fixed plan offering unlimited miles. Vinfast said the monthly cost for driving will be approximately equal to current gasoline costs.

Vinfast also plans to offer its most advanced driver-assist features via a subscription, with the company claiming that Level 3 and Level 4 self-driving systems will be available. Based on the SAE scale of self-driving capability, these systems will offer hands-off, eyes-off modes.

Vinfast is offering a 10-year, 124,000-mile warranty on its vehicles. The company also said it will cover all expenses on battery maintenance and will replace the battery for free when capacity falls below 70%.