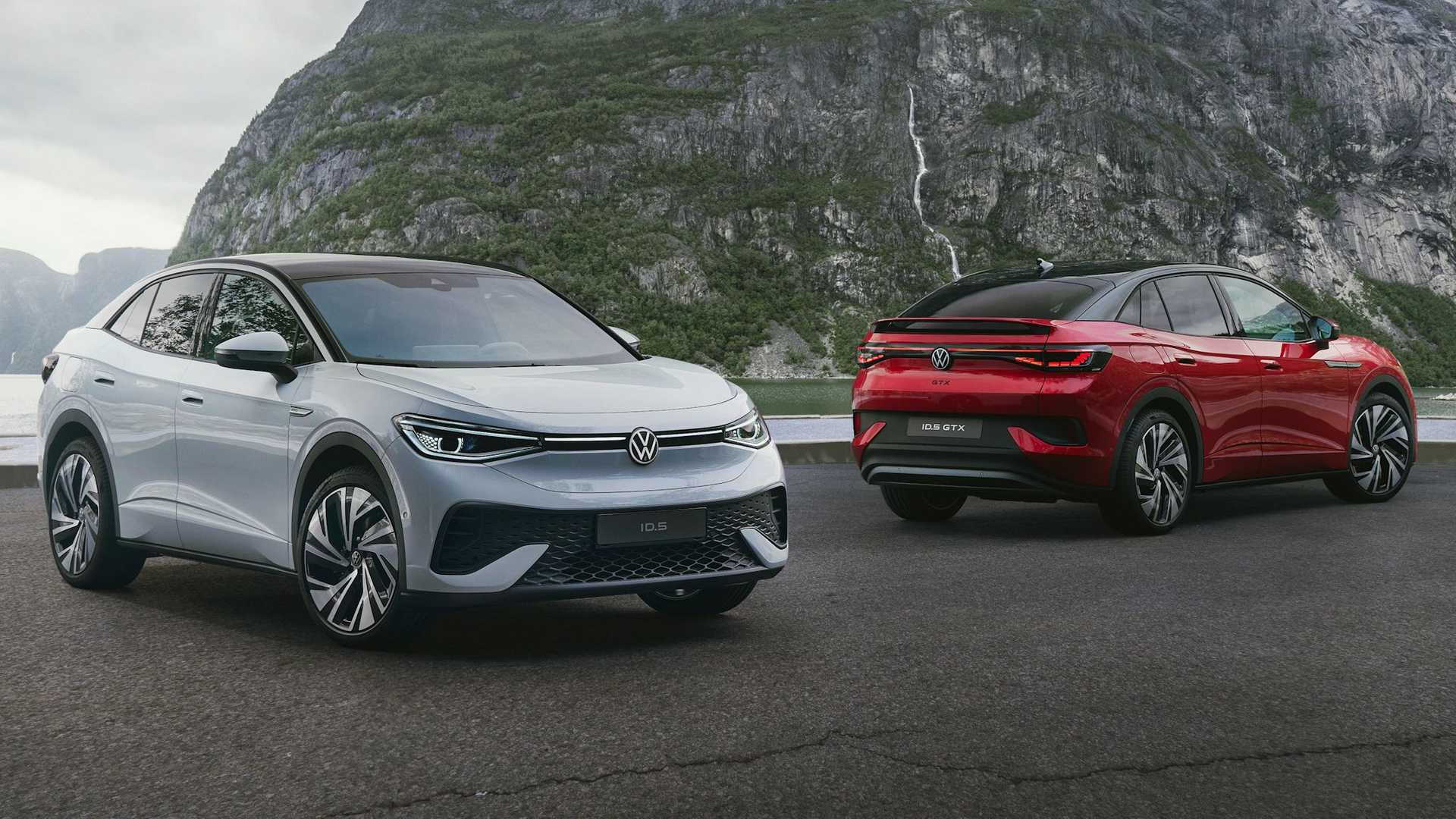 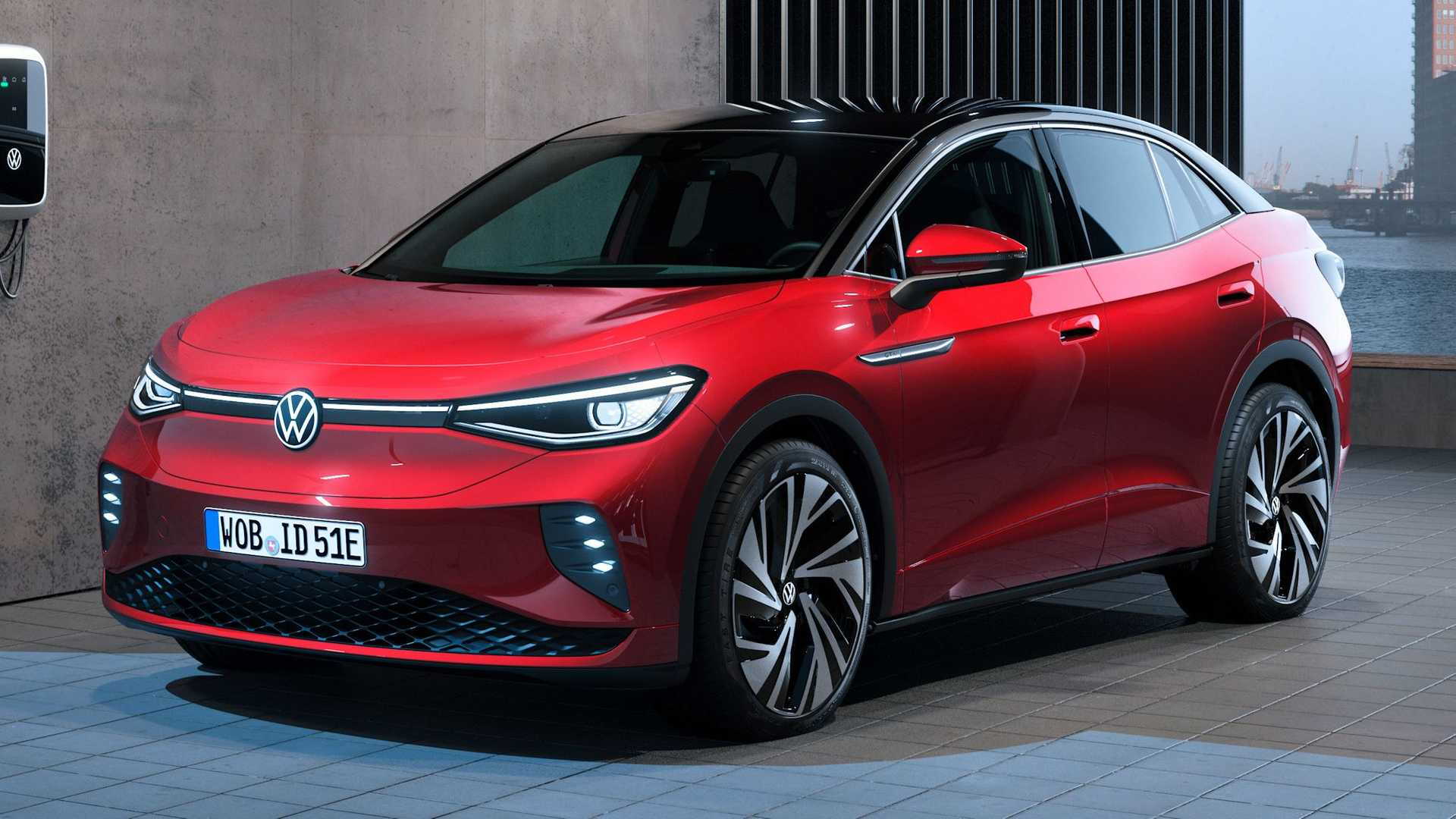 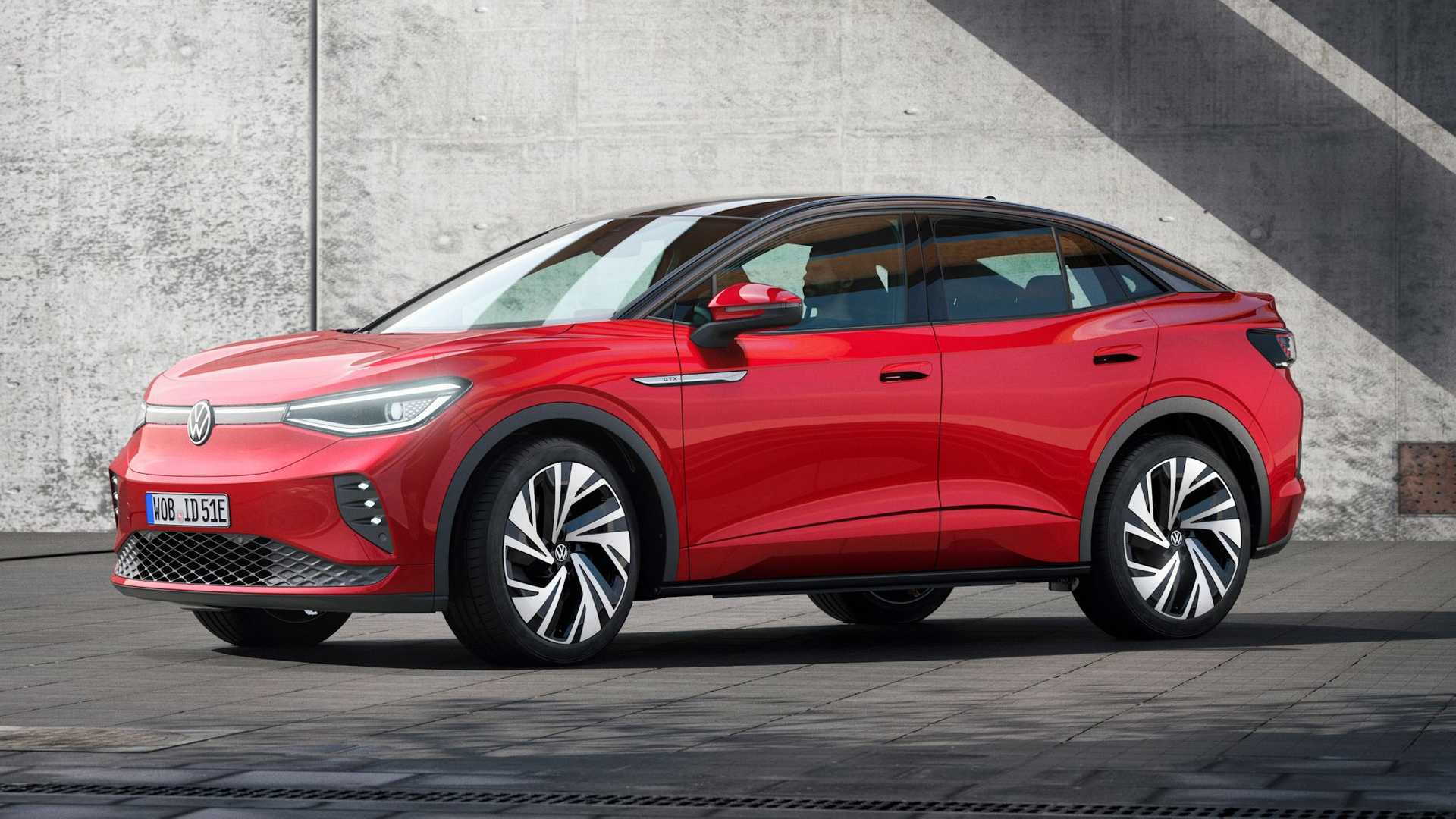 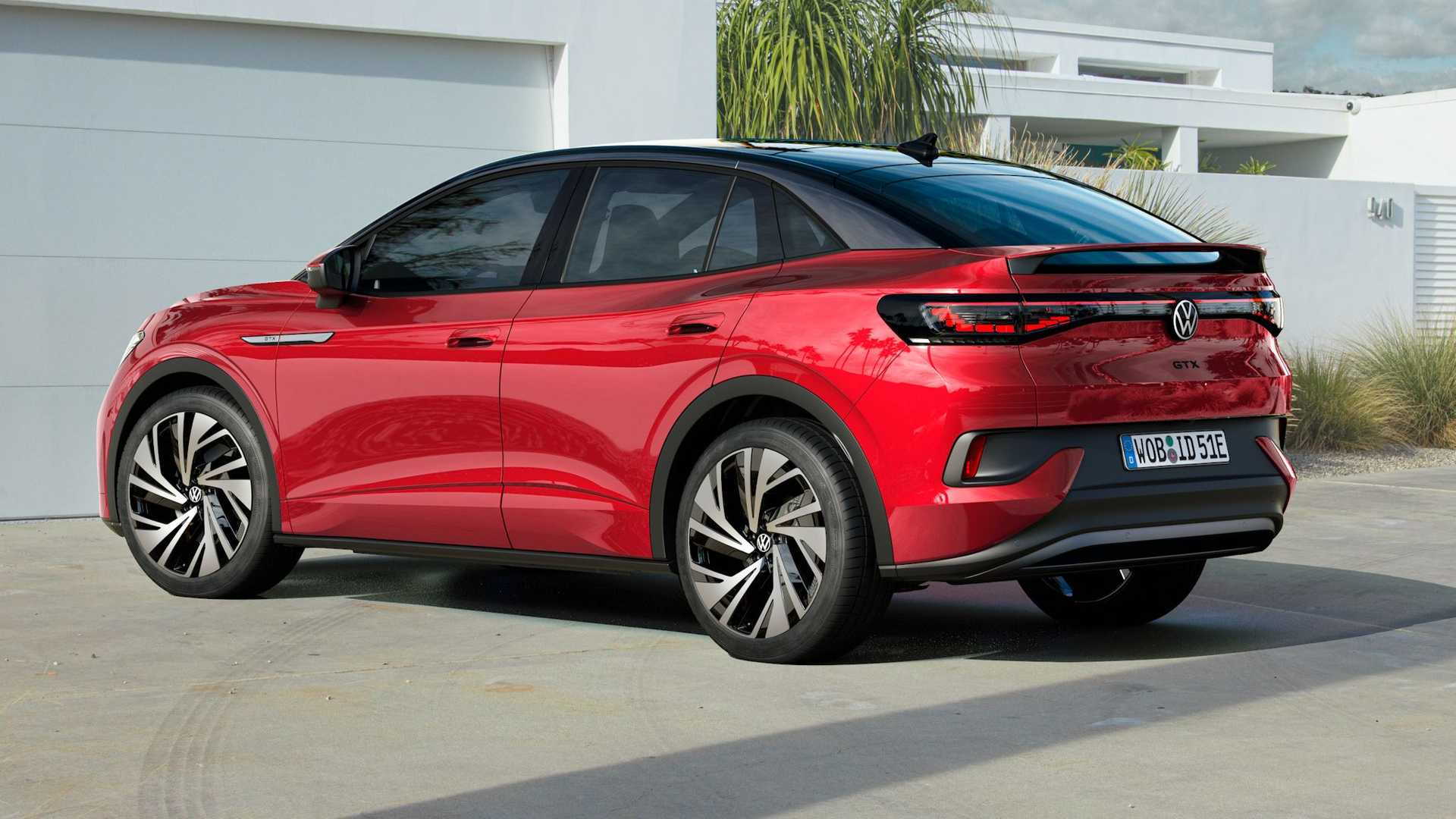 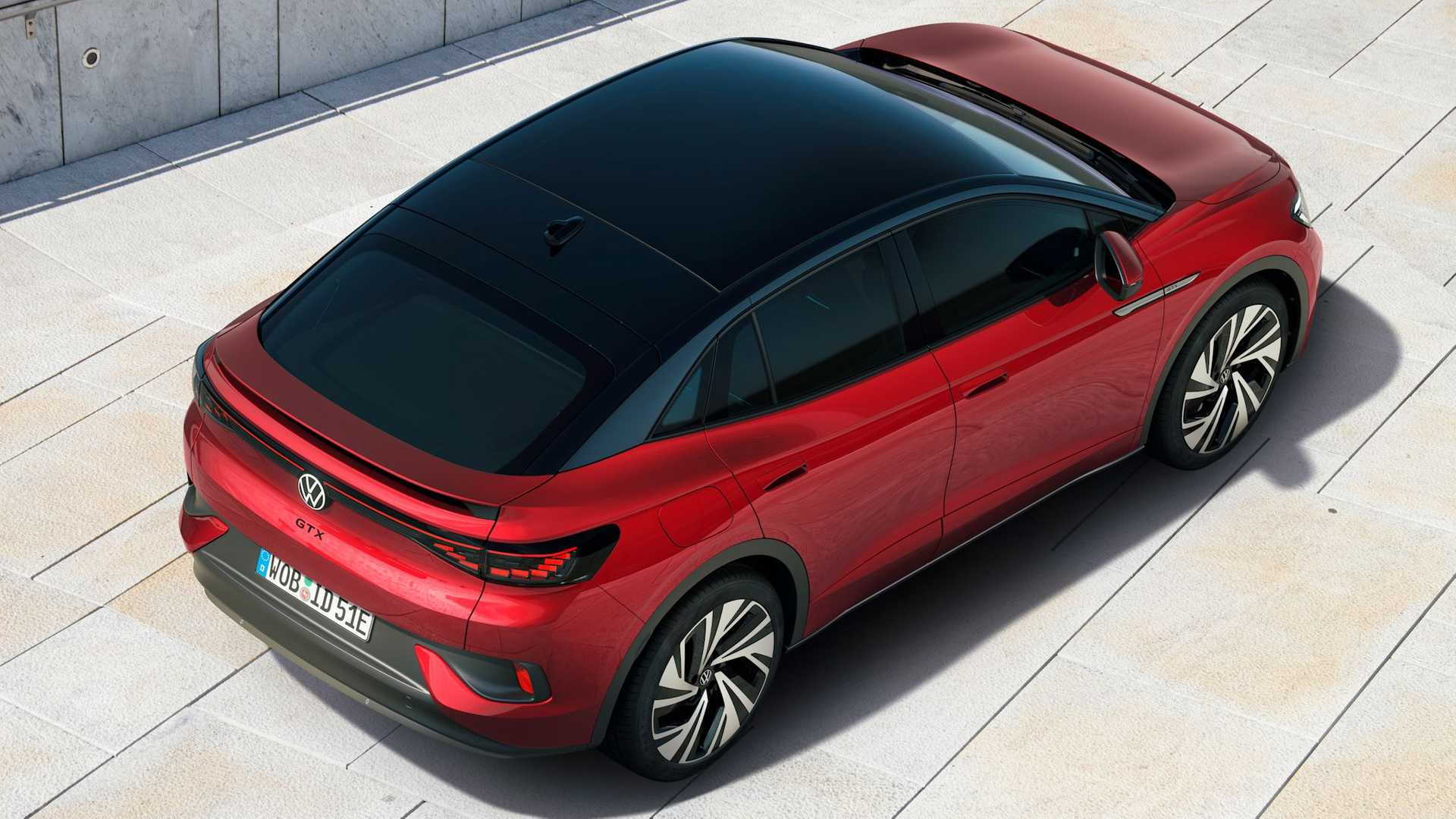 Volkswagen on Wednesday unveiled the ID.5, a battery-electric coupe-like crossover related to the ID.4 compact crossover.

The ID.5 starts sales in Europe in 2022 but is not yet confirmed for the U.S. There's a good chance we see it here as the ID.4 is already on sale locally and will soon start production here as well. We're also due to receive the ID.5's corporate cousin, the Audi Q4 Sportback E-Tron, which arrives for the 2022 model year.

The ID.5 looks almost identical to the ID.4 apart from the curved roof which ends in a rear hatch. The ID.5 also sports a small rear spoiler at the base of the hatch whereas the regular ID.4 mounts its spoiler at the top of a tailgate. Both vehicles use Volkswagen Group's MEB platform for mainstream electric vehicles.

The interior design is also common to the two crossovers, with a 5.3-inch digital instrument cluster in front of the driver and a large infotainment screen (up to 12 inches) mounted to the dash above the center stack. Rear-seat passengers lose about 0.5 inches of headroom compared to the ID.4, and storage space in the rear trunk is also down compared to the ID.4, measuring in at 19.4 cubic feet in the ID.5 versus 30.3 cubic feet in the ID.4.

At launch, the ID.5 will be offered with just one battery, a 77-kilowatt-hour unit. There will be three powertrains to choose from. The base option will be a single rear motor rated at 171 hp. Above this will be another single rear motor, this time rated at 201 hp. And at the top will be a dual-motor all-wheel-drive setup rated at 295 hp, or enough for 0-62 mph acceleration in 6.3 seconds and a top speed of over 111 mph. In some markets ID.5s with the dual-motor all-wheel-drive powertrain will carry a GTX badge.

Final specifications, including range estimates, will be announced closer to next year's market launch. 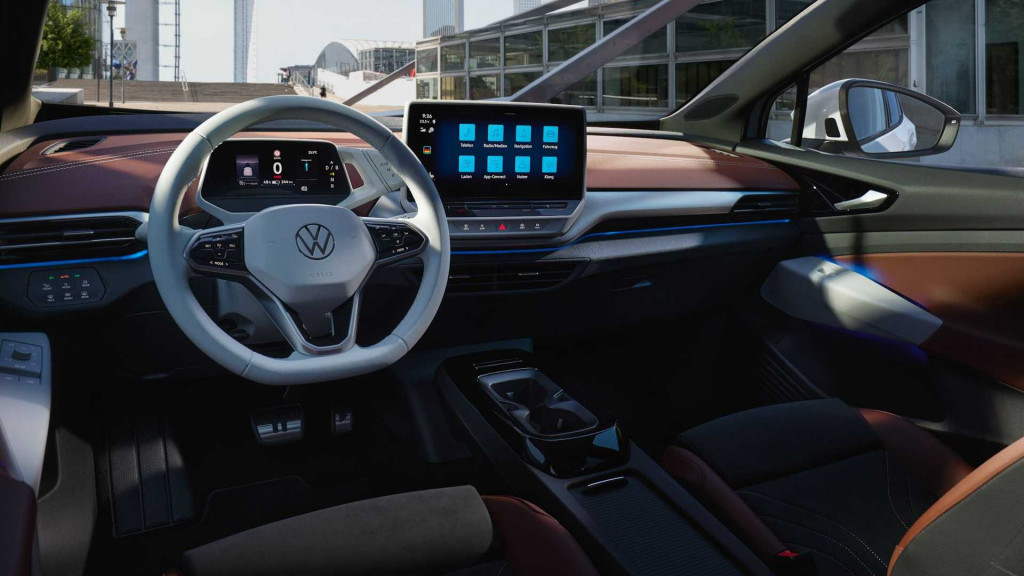 The ID.5 also features VW's latest software for electric vehicles. VW said there have been improvements made to charging performance and voice activation features. There's also the new Travel Assist feature with vehicle-to-infrastructure communication technology. Information from other compatible vehicles in the VW fleet together with information from infrastructure, including the cloud, can provide a driver with traffic information in near real-time. A warning in the cockpit can alert the driver, for example, of slippery conditions, an accident, or stationary traffic ahead.

Production will be handled at VW Group's plant in Zwickau, Germany. The plant is where the ID.3 hatchback and ID.4 are built. The ID.4 is priced from $41,190 in the U.S. but will go as low as $35,000 once local production starts, currently estimated for mid-2022. The ID.5, if sold in the U.S., should sell at a premium to its more practical sibling.

VW has more ID-badged EVs in the works. The list includes a subcompact crossover due in 2025, a mid-size sedan and wagon due in 2023, a mid-size crossover whose release date hasn't been announced, and a spiritual successor to the iconic Microbus due in 2022 though not in the U.S. until 2023.