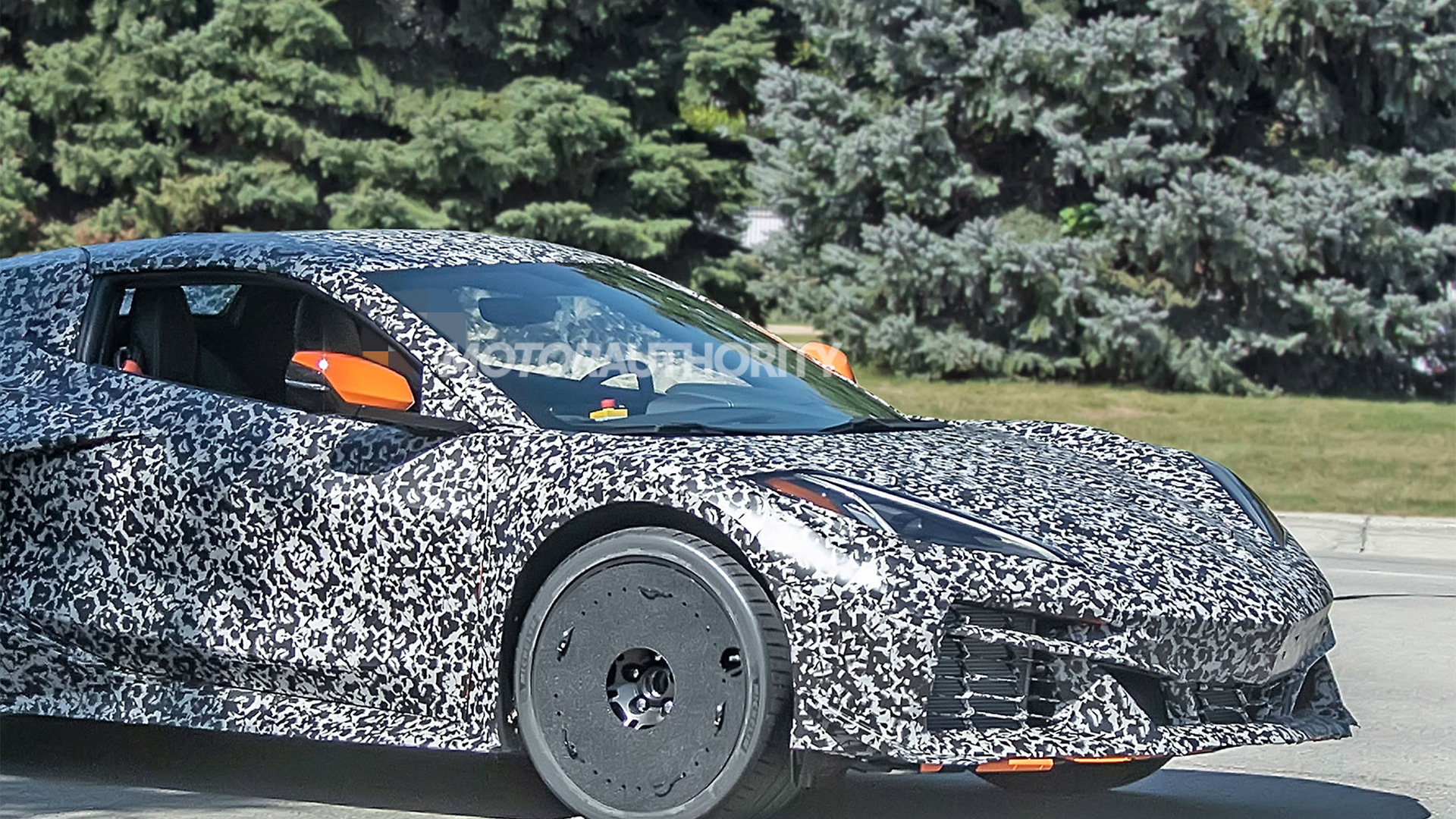 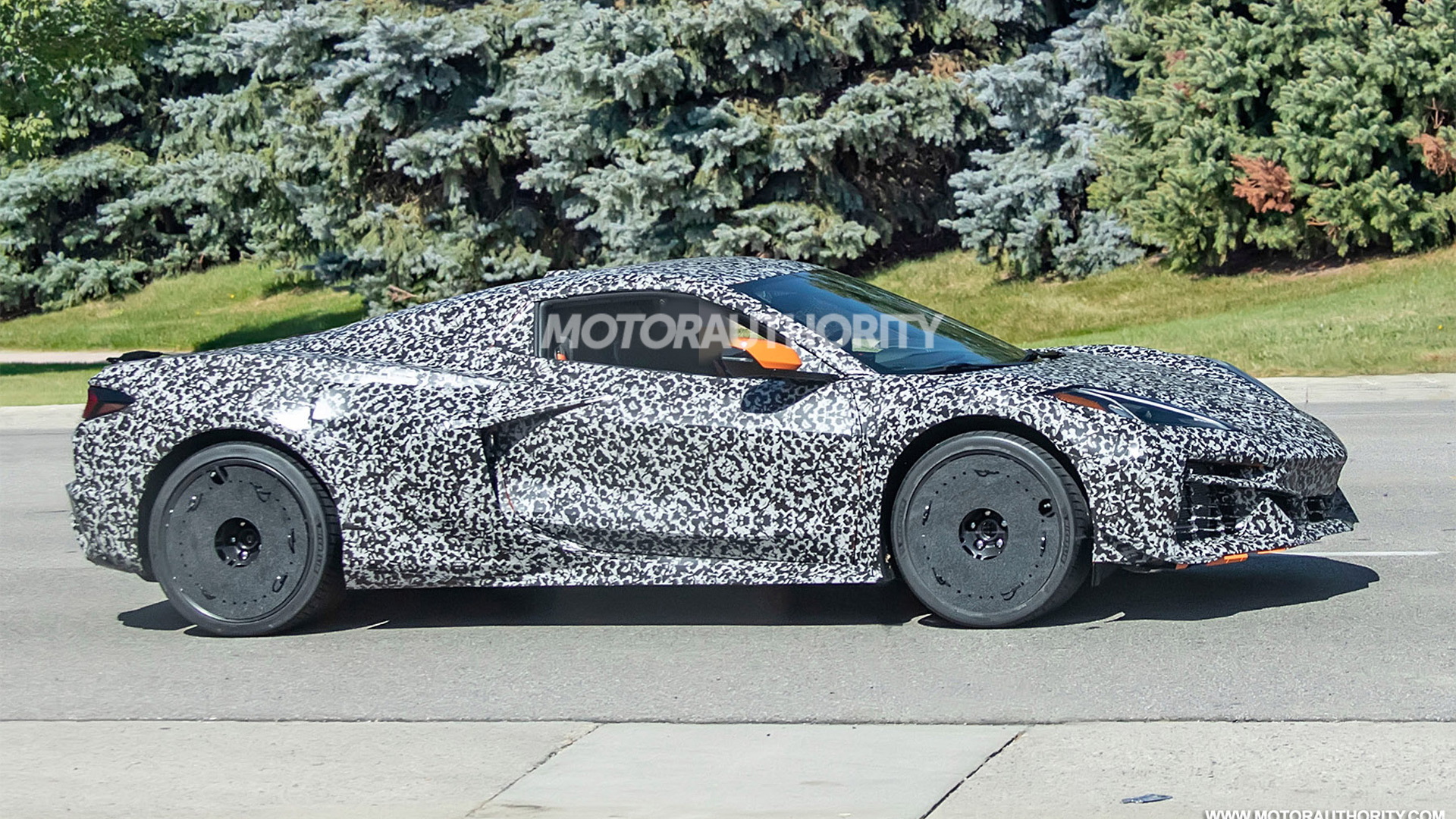 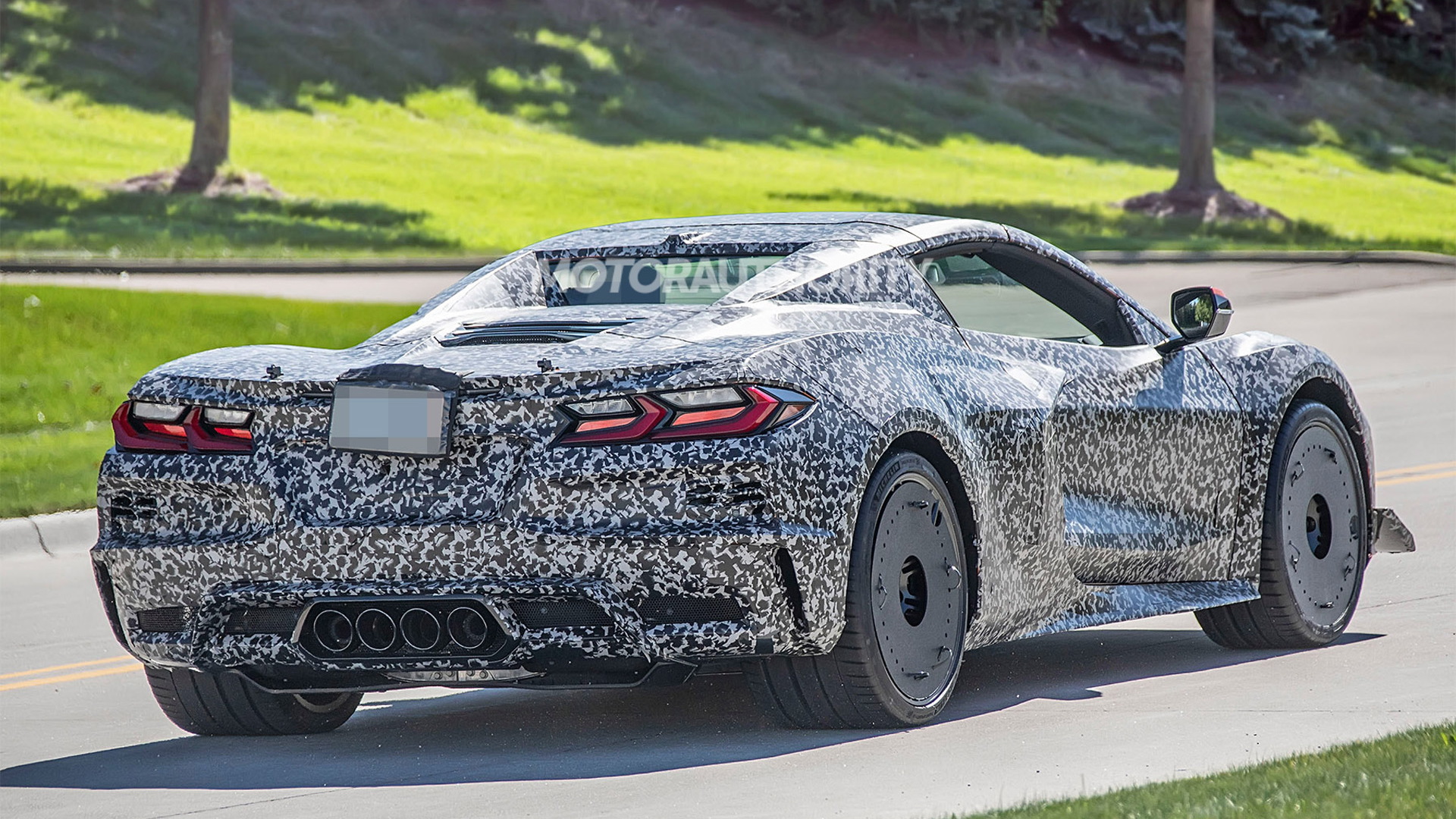 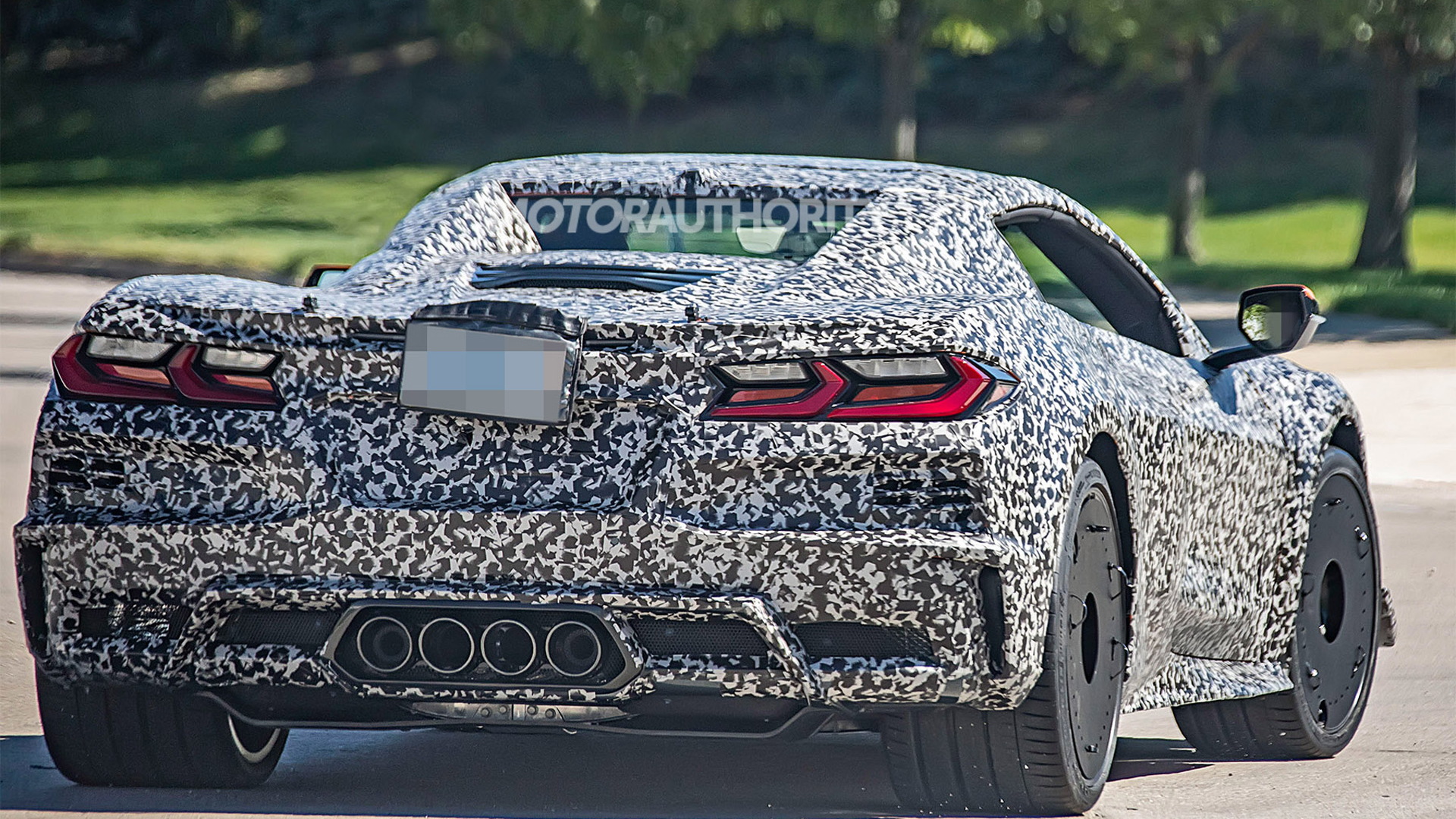 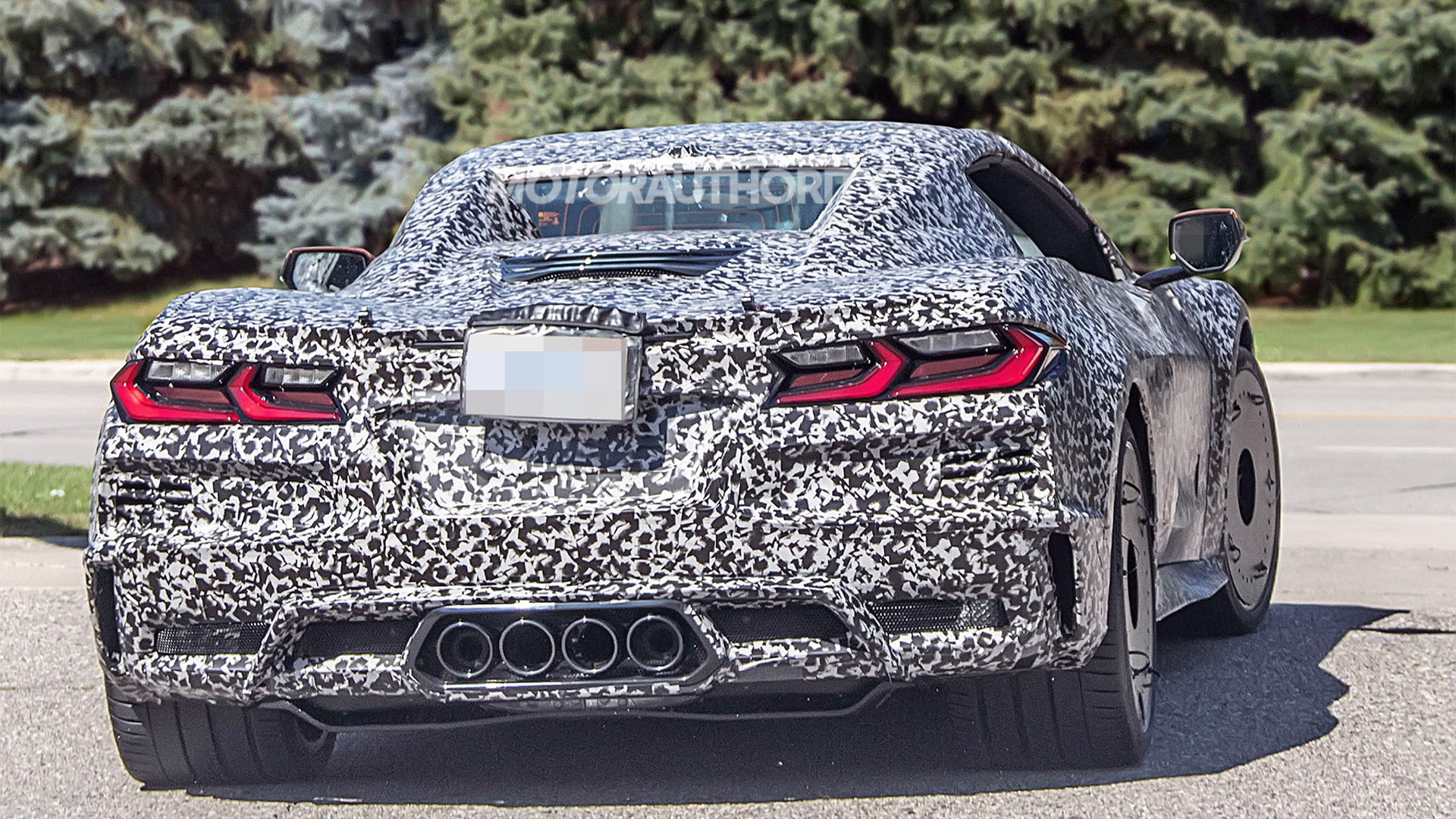 The convertible version of Chevrolet's upcoming Corvette Z06 supercar has been spotted for the first time.

The new Z06 based on the C8 Corvette is set for a reveal on October 26, and Chevy has already dropped the first photo. The homegrown supercar goes on sale in 2022 as a 2023 model, and the convertible should arrive about the same time.

The Corvette convertible is a proper exotic, thanks to its retractable hard-top roof made from lightweight composite materials, which looks good up or down. And this isn't a clumsy design like most retractable hardtops on the market. Impressively, the convertible also matches the coupe for storage, regardless of whether the roof is up or down.

Beyond the roof, look for the Z06 Convertible to feature a newly developed V-8 under the hood. The V-8 is expected to be related to the 5.5-liter flat-plane crank V-8 that powers the Corvette C8.R endurance race car, and from prototypes of the coupe we know it generates a sound that embarrasses the new crop of turbocharged Ferraris. Don't believe us? Check out the video below.

In the C8.R, the engine produces 500 hp and 480 lb-ft of torque, but it's limited by regulations. Uncorked in the Z06, it should generate more than 625 hp and 485 lb-ft. An 8-speed dual-clutch automatic transmission is likely to be the sole option for shifting gears, and it should have a manual mode to let drivers spin the engine all the way up to an expected 9,000 redline.

Beyond the drivetrain, we can expect aerodynamic and chassis mods. Prototypes already point to a wider stance with flared fenders at the rear covering massive 345-millimeter wide tires (the Corvette Stingray's rear tires max out at 305 mm). The front tires on the prototypes were 275 mm.

Note, the Z06 is far from the top of the performance ladder when it comes to the C8 Corvette. Still in the works in thought to be a Corvette ZR1 with a twin-turbocharged version of the Z06's engine, good for 800 hp. And further out there's thought to be a new flagship model possibly dubbed a Zora, after Corvette father Zora Arkus-Duntov. This one is expected to feature the ZR1 engine with an electric motor at the front axle to deliver a combined output approaching 1,000 hp and hybrid all-wheel drive.

We also know that Chevy is working on a tamer hybrid model positioned like the former Corvette Grand Sport. This one is also due in 2022 and could go by the name E-Ray. And while it's yet to be confirmed, an electric Corvette is also in the works, based on multiple comments made by President Joe Biden.