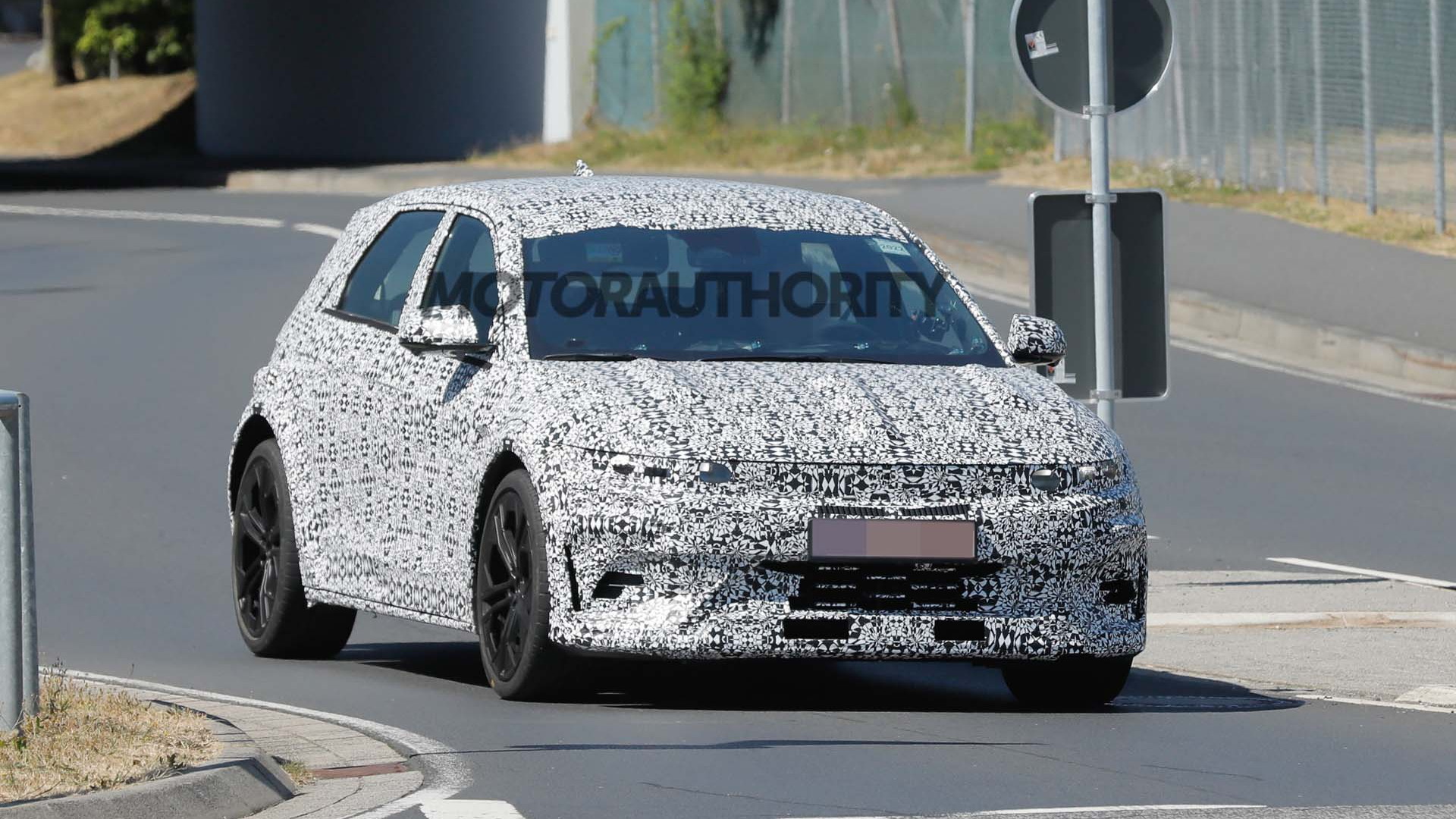 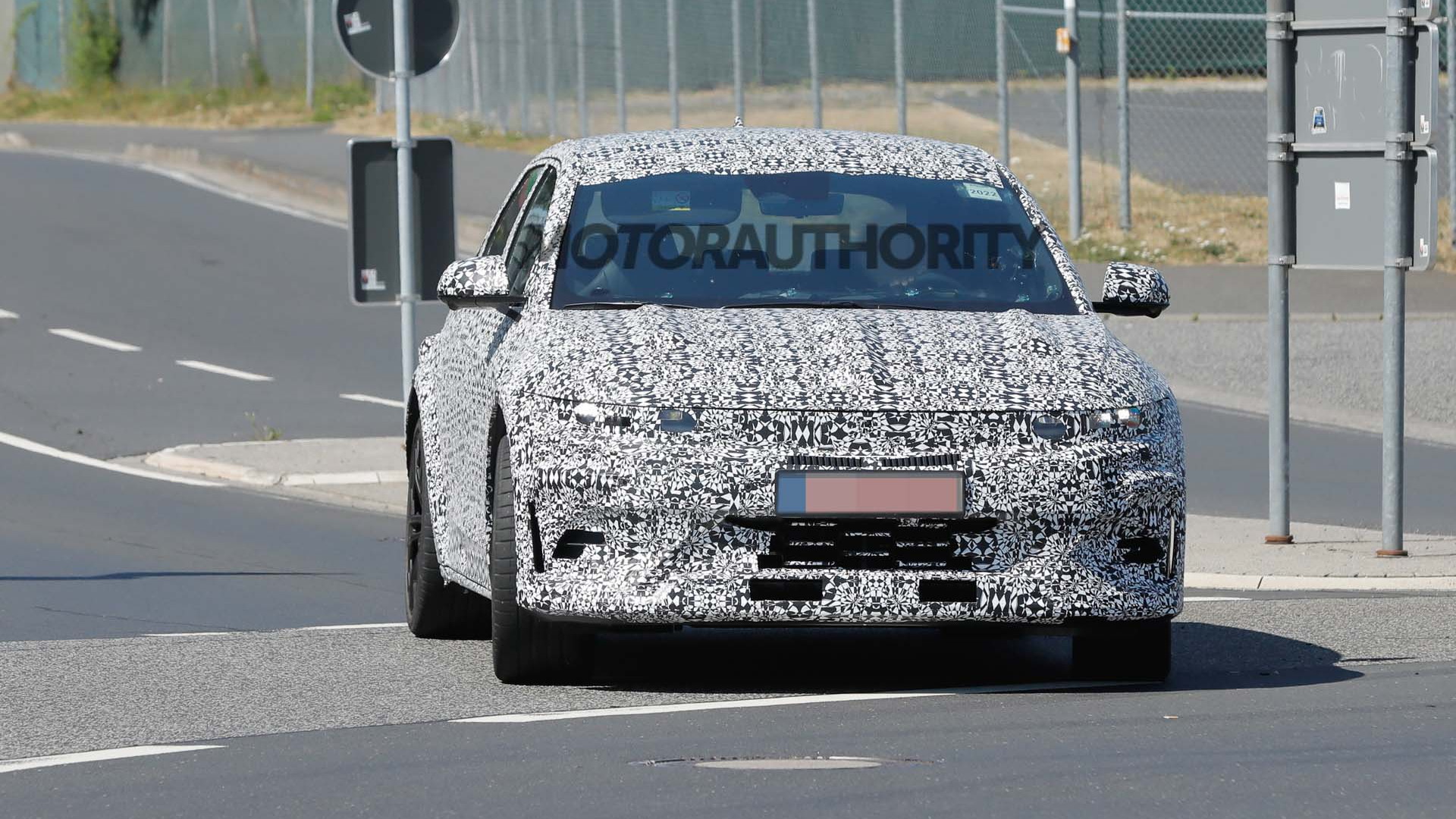 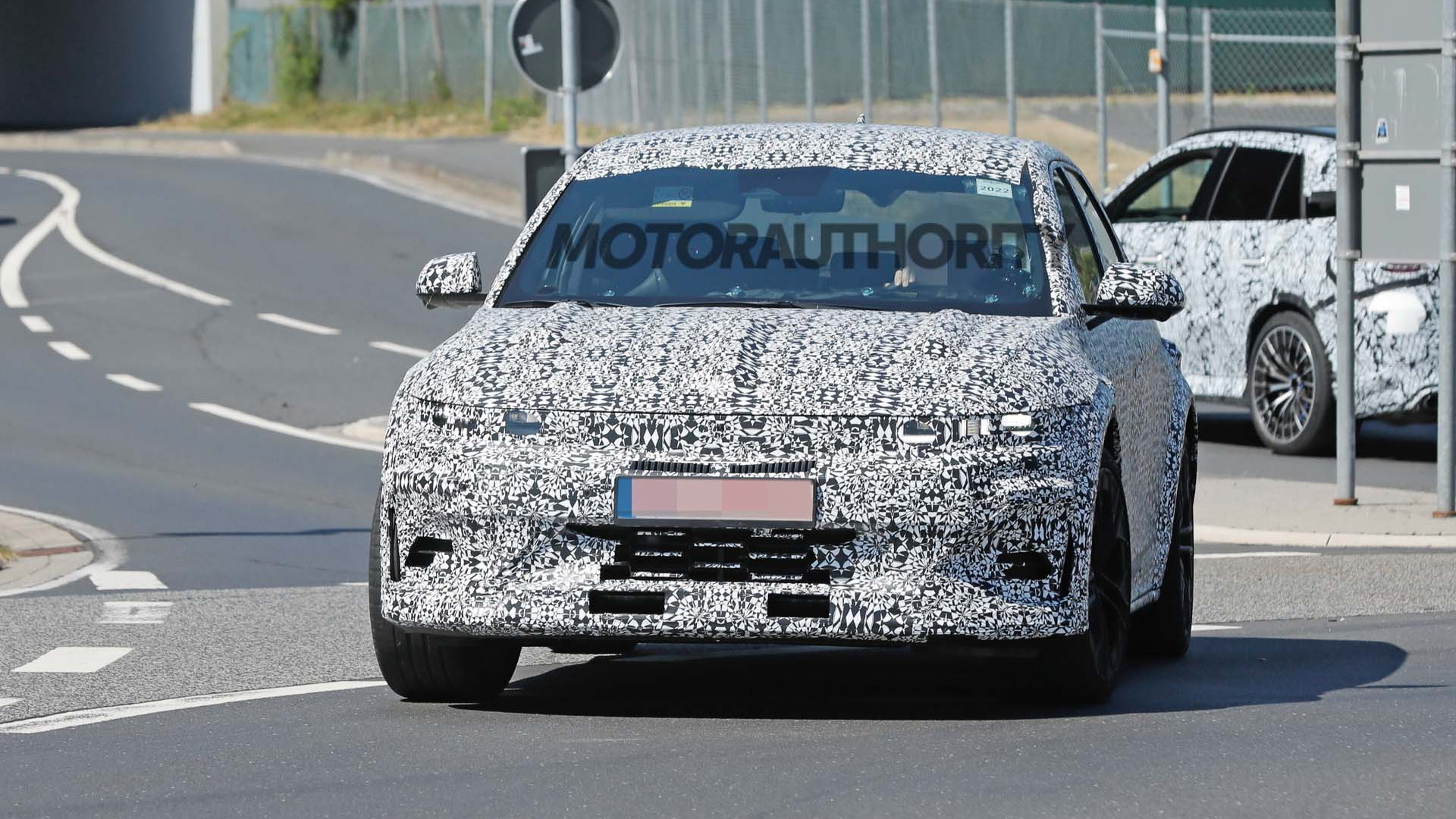 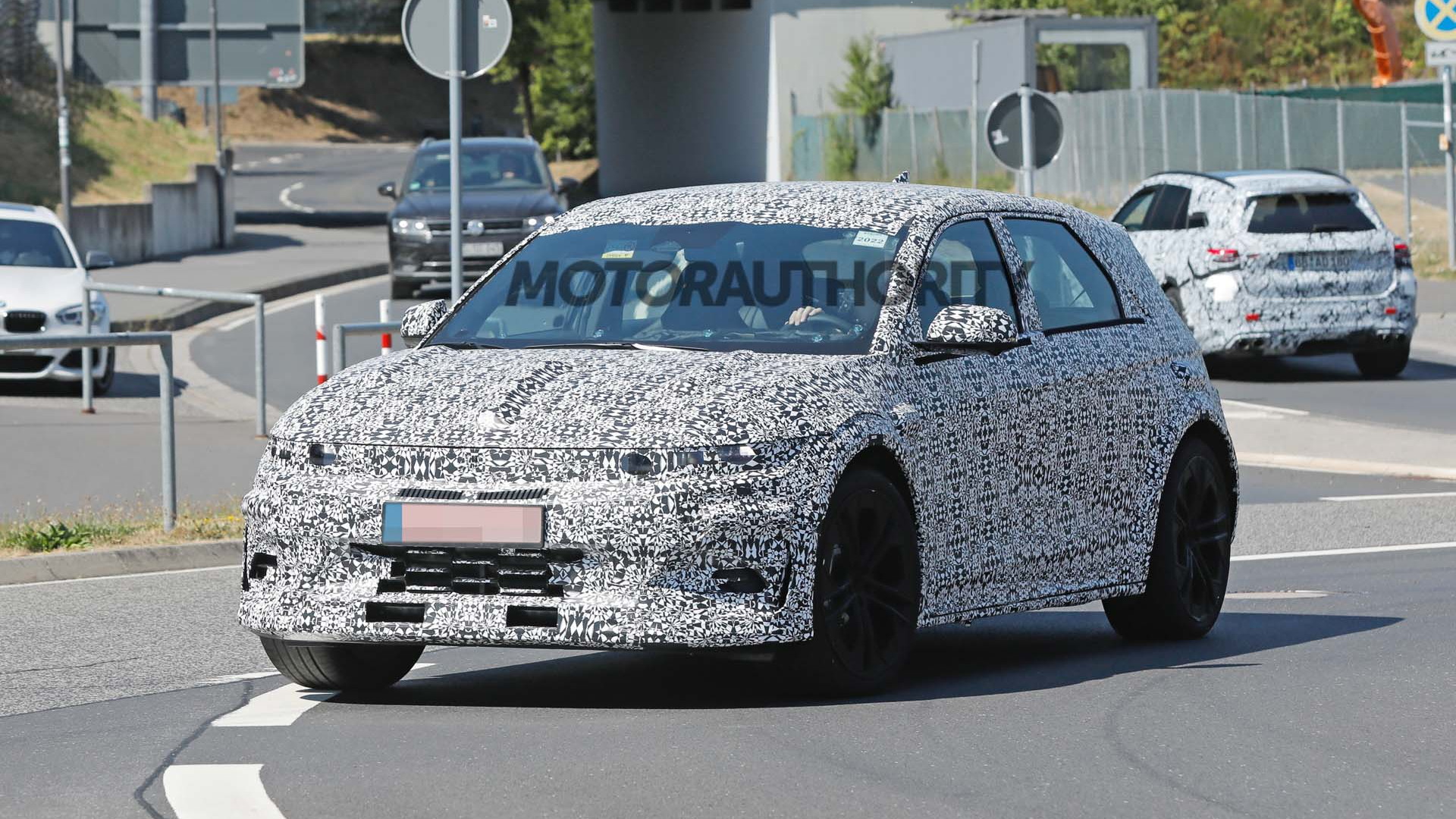 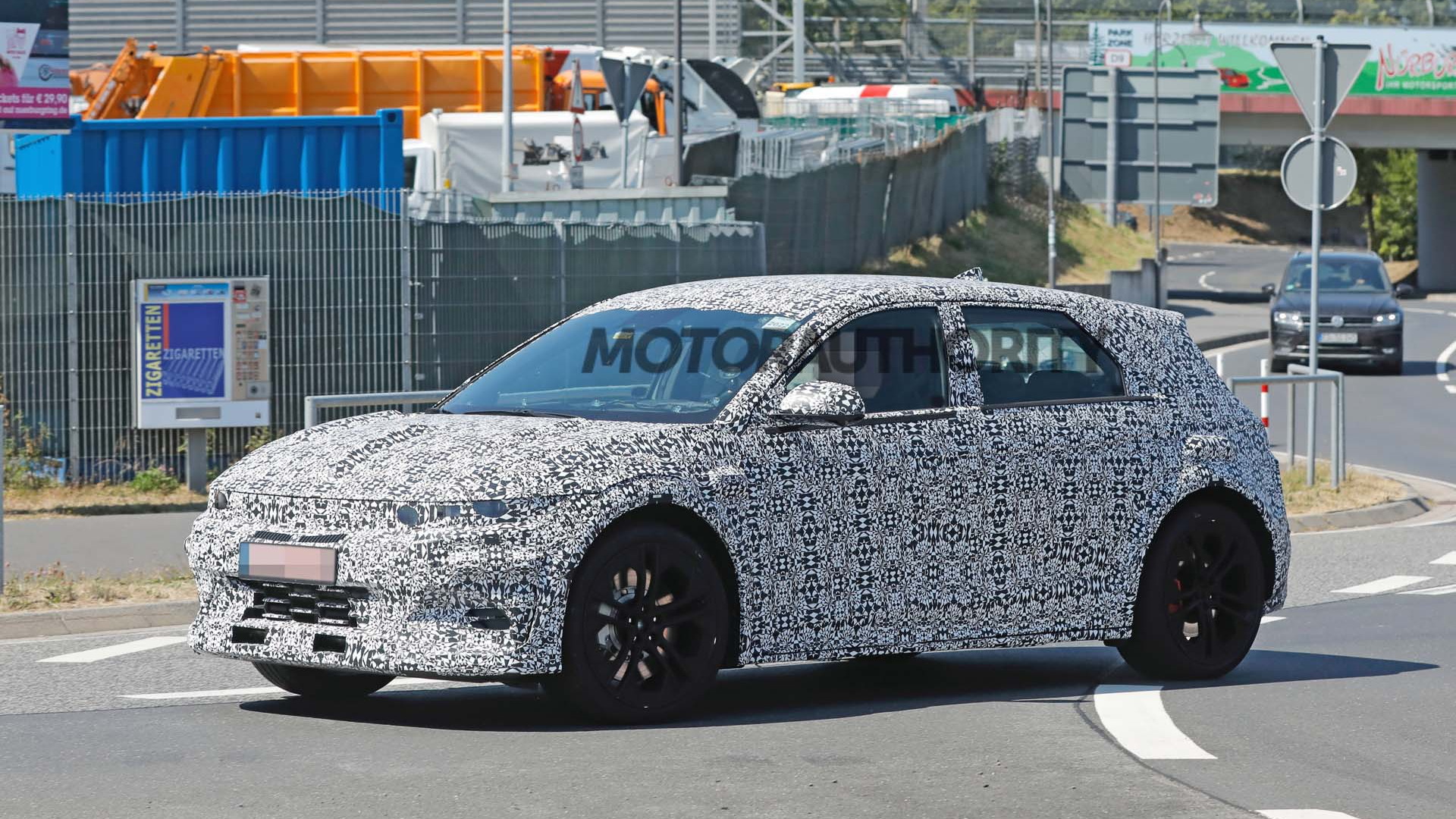 The 2022 Hyundai Ioniq 5 electric vehicle, which mixes hatchback and crossover cues, only reached dealerships at the start of the year, yet Hyundai is already close to launching a hotter version.

The latest spy shots and video show a prototype for what's likely to be an Ioniq 5 tuned by the Hyundai N performance division.

Hyundai N teased two new models ahead of a planned "N Day" announcement, then announced the Ioniq 5 N but didn't show it.

Compared to the regular model, the Ioniq 5 N prototype features a lowered suspension, wider front and rear tracks, low-profile tires, and a new wheel design. Our spy photographer noted the brakes were also upgraded from the production model with larger calipers and rotors. The tester also appears to ride on a harder suspension, which indicates new shocks and springs.

It's hard to judge with the thick camouflage gear, but it appears that the Ioniq 5 N sports a revised front fascia with a new design for the air openings. The interior was also fitted with sport seats up front, according to our photographer.

The Ioniq 5 N should ride on the same skateboard-style E-GMP dedicated EV platform as the regular Ioniq 5. The regular model is available with rear or all-wheel drive thanks to a single rear motor or a combination of front and rear motors, and the latter is the best bet for the Ioniq 5 N, in combination with the Ioniq 5's biggest battery, in this case a 77.4-kwh unit.

Look for the Ioniq 5 N to arrive at dealerships late this year or early next as a 2023 model.