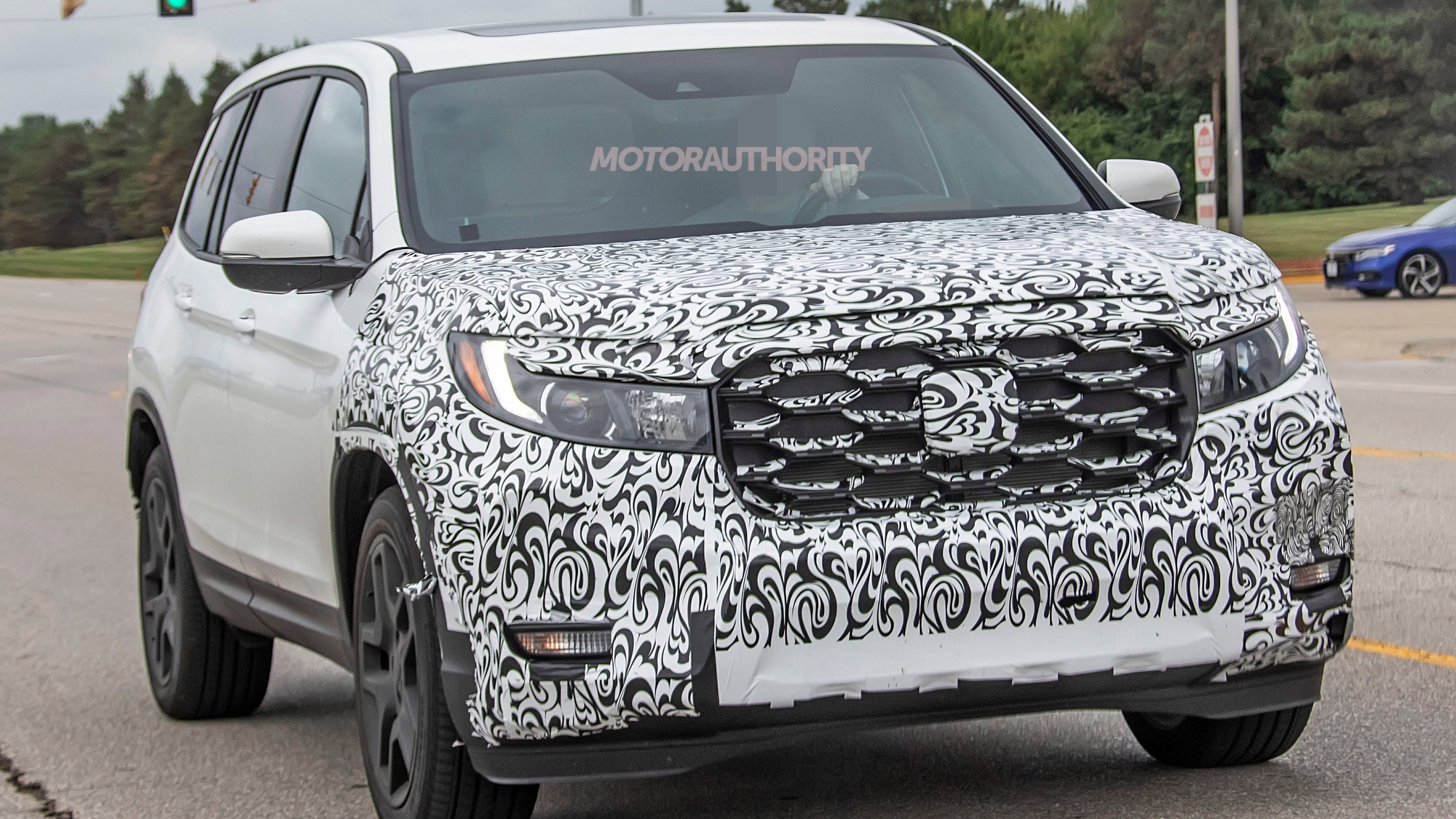 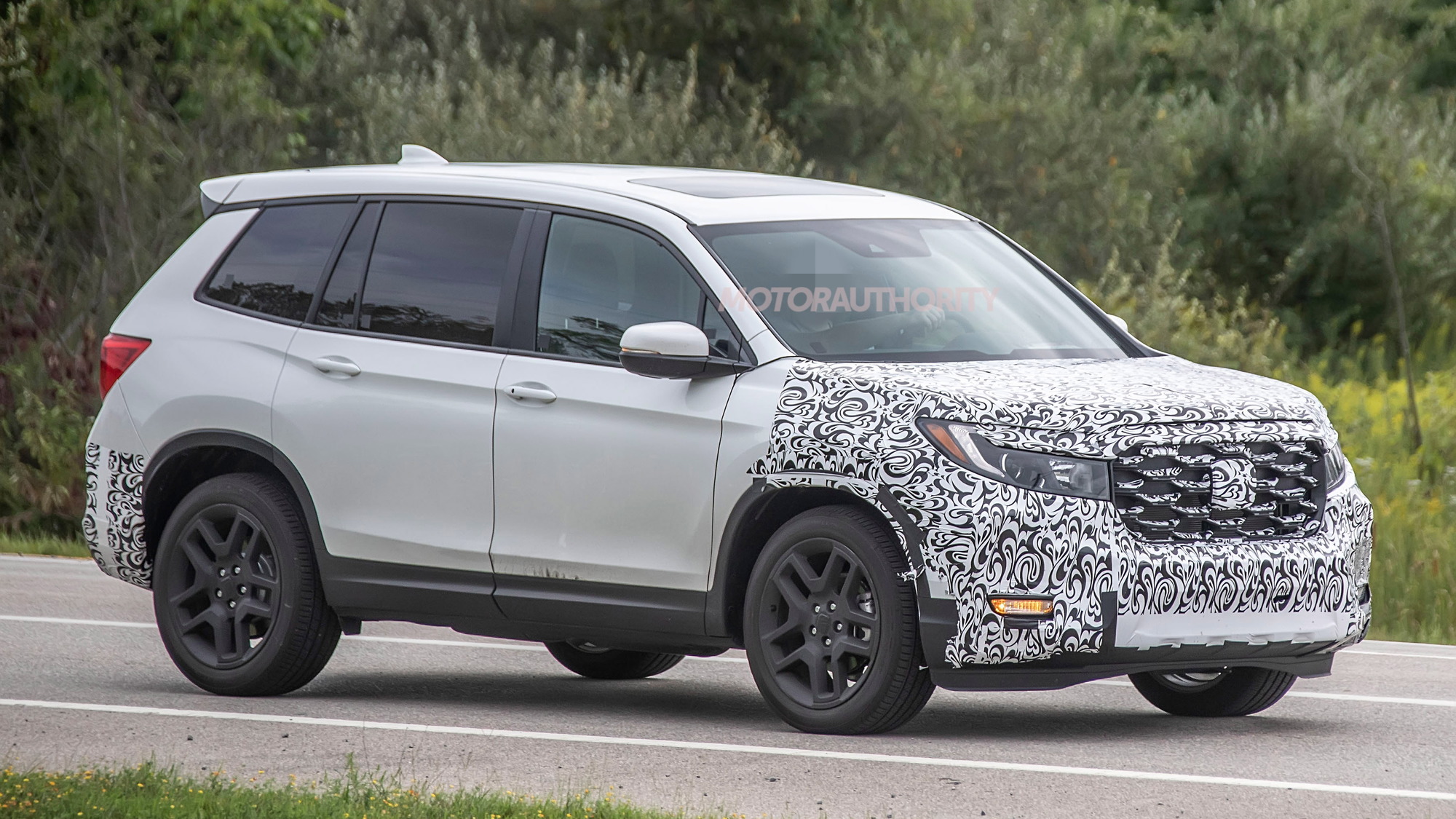 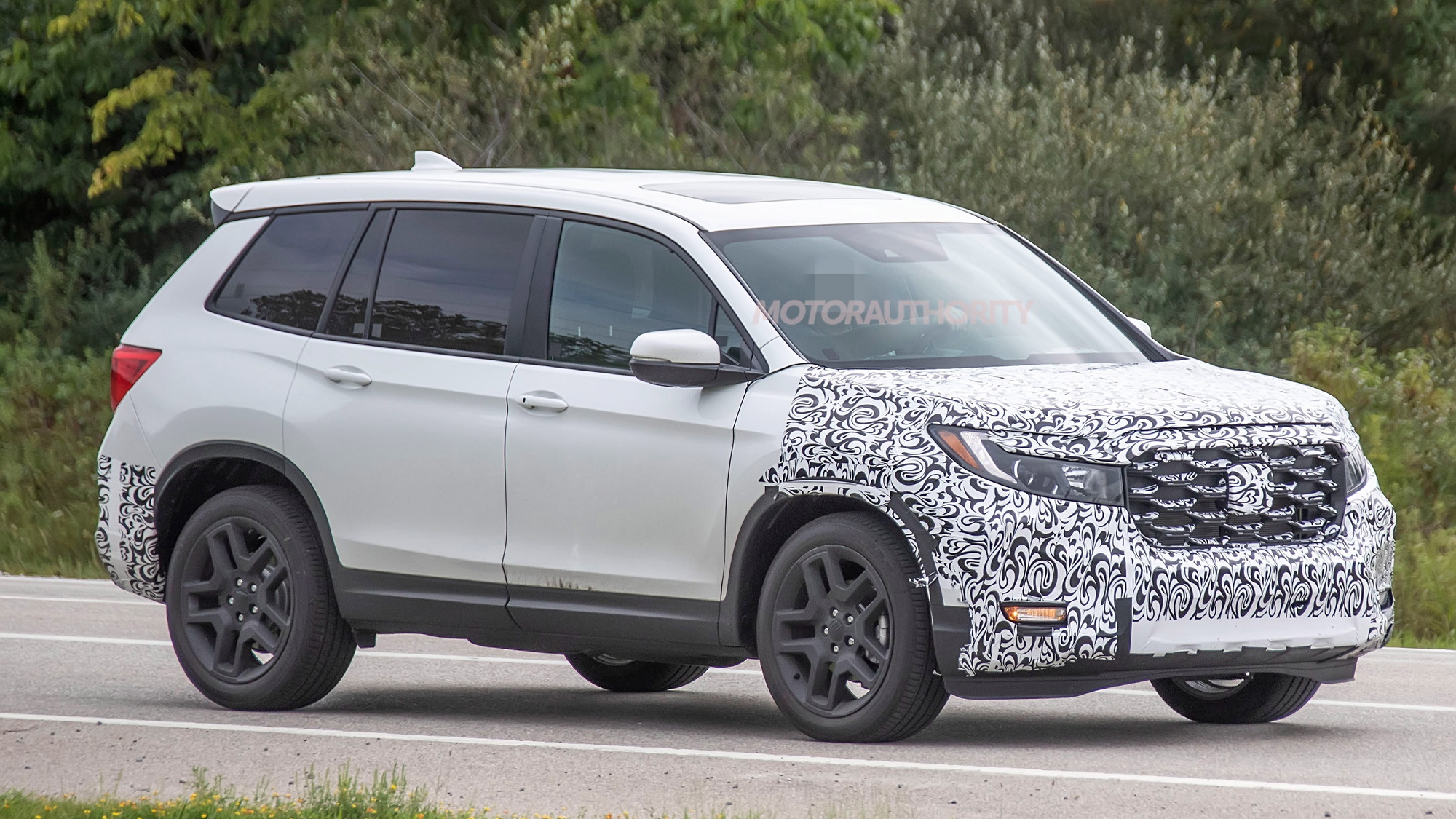 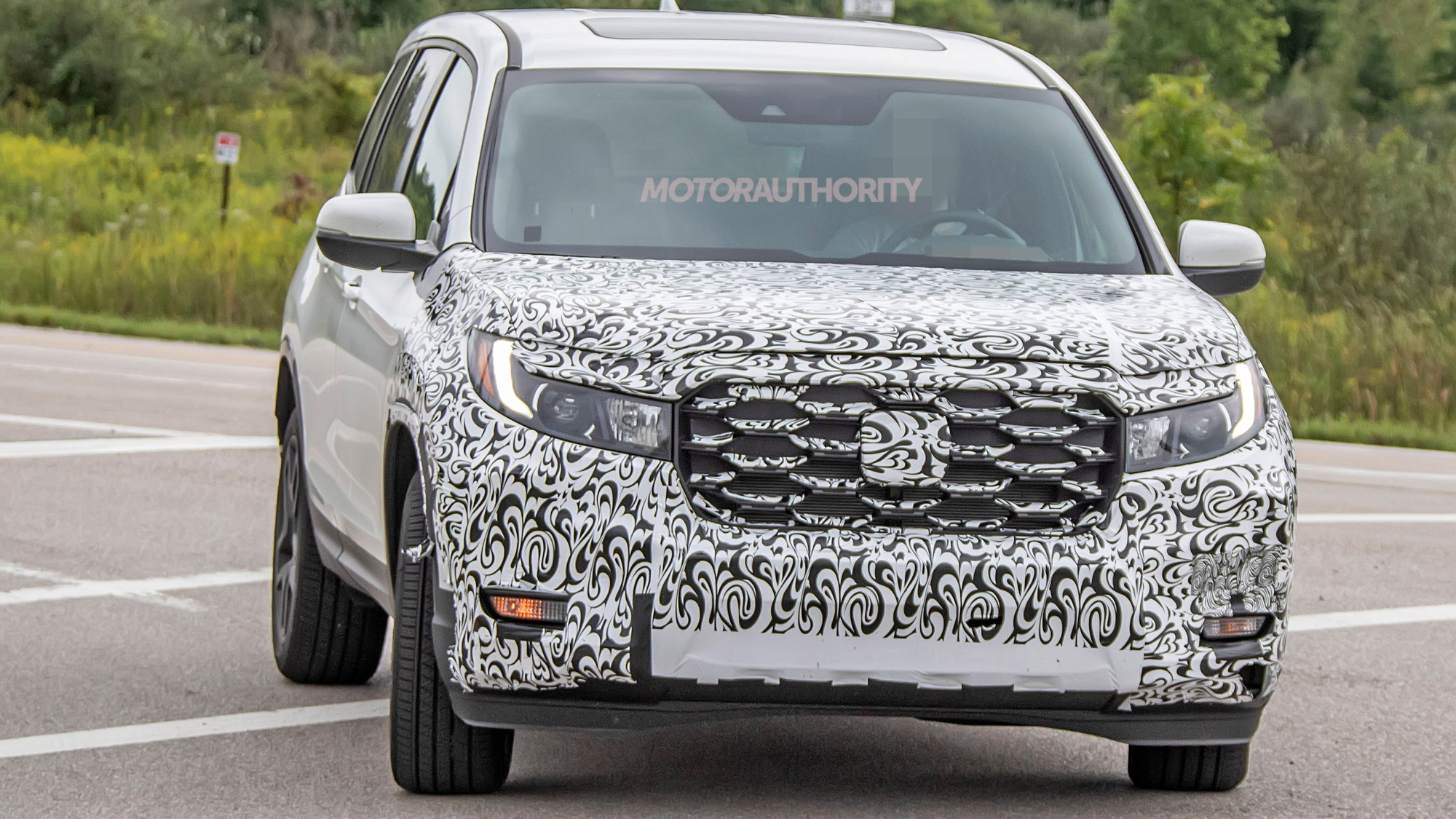 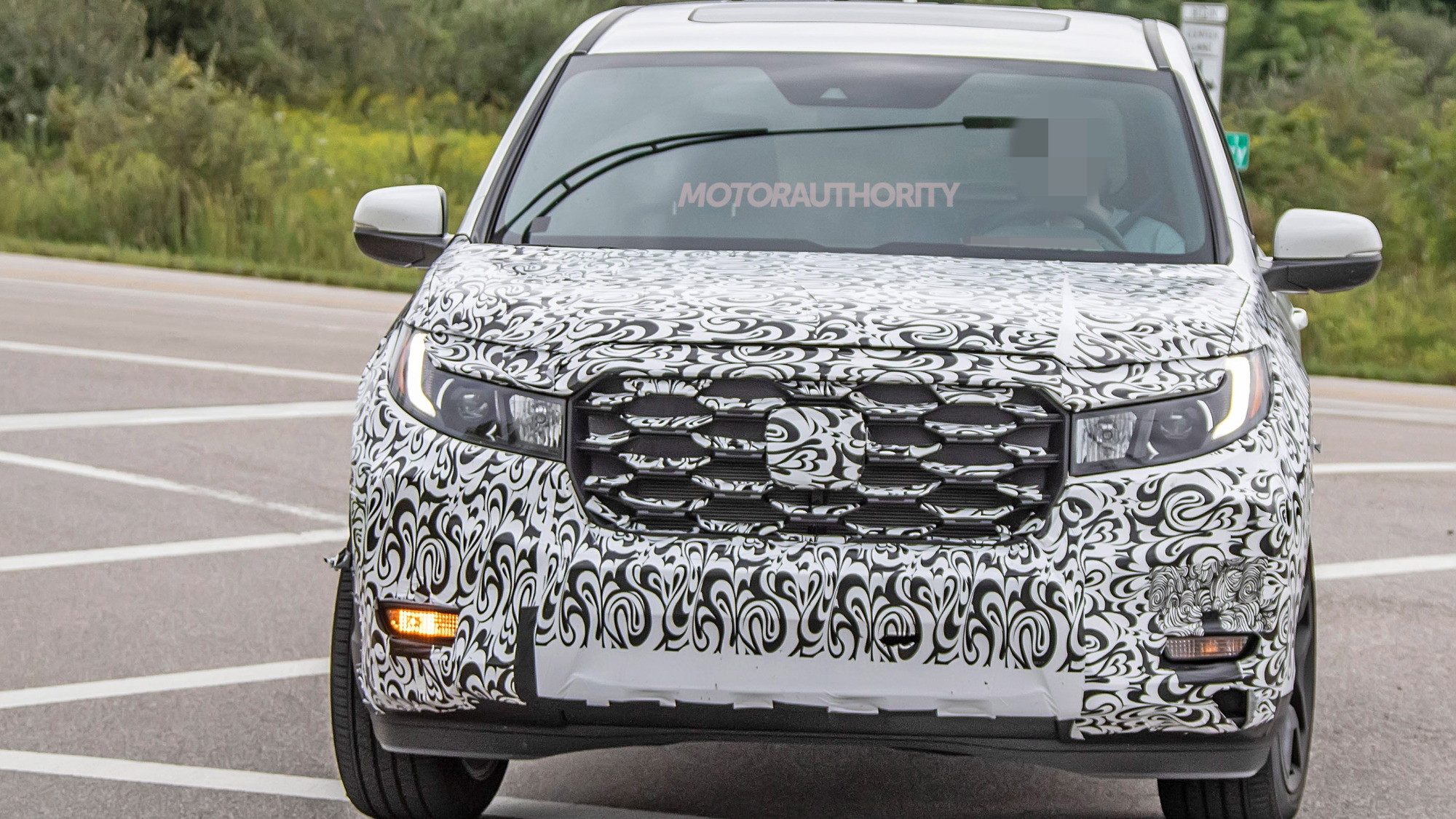 Anyone who feels the current Honda Passport looks a bit too soft should pay attention.

The 2022 Honda Passport has been spotted undergoing testing in what appears to be production-ready trim on public roads. Sporting a slightly tweaked design that gives it a more rugged look, the updated Passport, essentially a two-row version of the Pilot, will carry on a few more years until the next-generation of the people mover arrives.

Unlike the 2023 Honda Pilot, the 2022 Honda Passport won't be new, it's simply a nip and a tuck along with new wheel designs.

The refresh adds a more upright, blunt front end to the Passport, which brings the look more in line with the refreshed 2021 Rideline pickup. The taller, squared-off grille ditches the three-row Pilot's horizontal bars for a design more akin to cheese grater. A new front bumper gives the Passport a more square-jawed in an attempt to look more like an SUV than a crossover.

In back, the taillights sport new lenses, and below there's a new bumper and larger, circular exhaust tips instead of the current oval-shaped outlets.

We haven't seen the interior yet, but expect a slightly tweaked infotainment interface with improved graphics and simpler icons.

Expect the 2022 Honda Passport to debut either later this year or early in 2022.