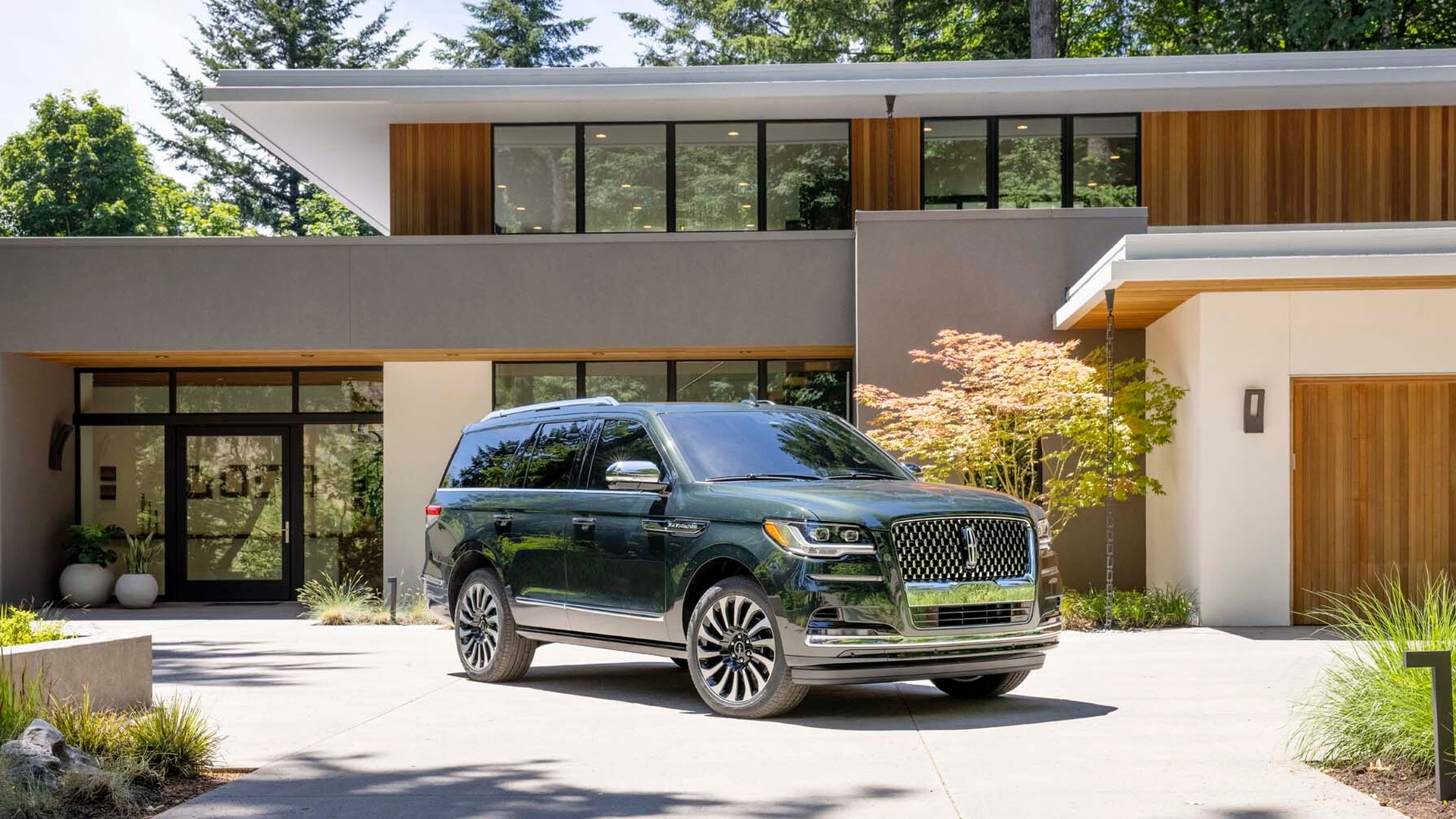 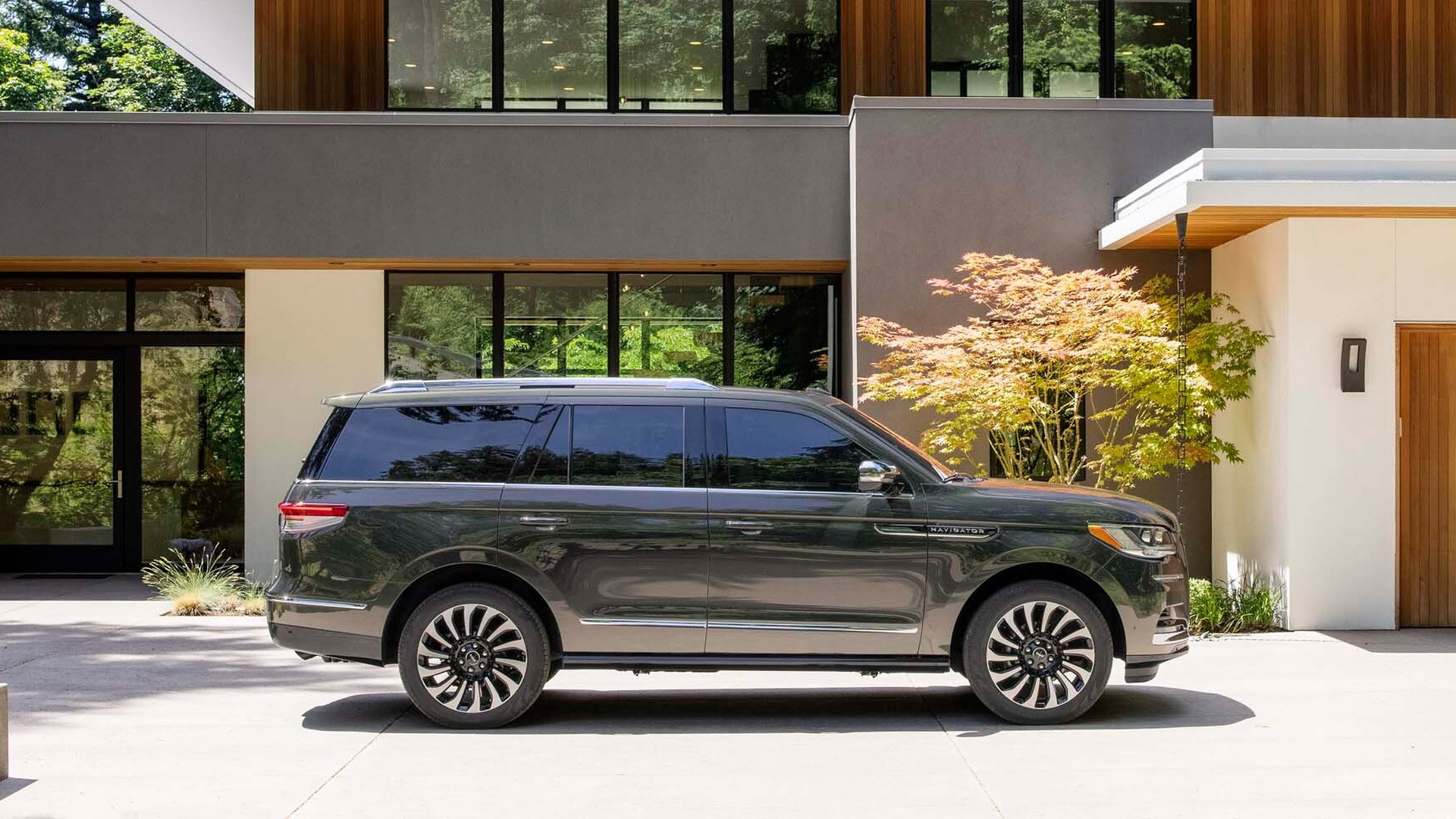 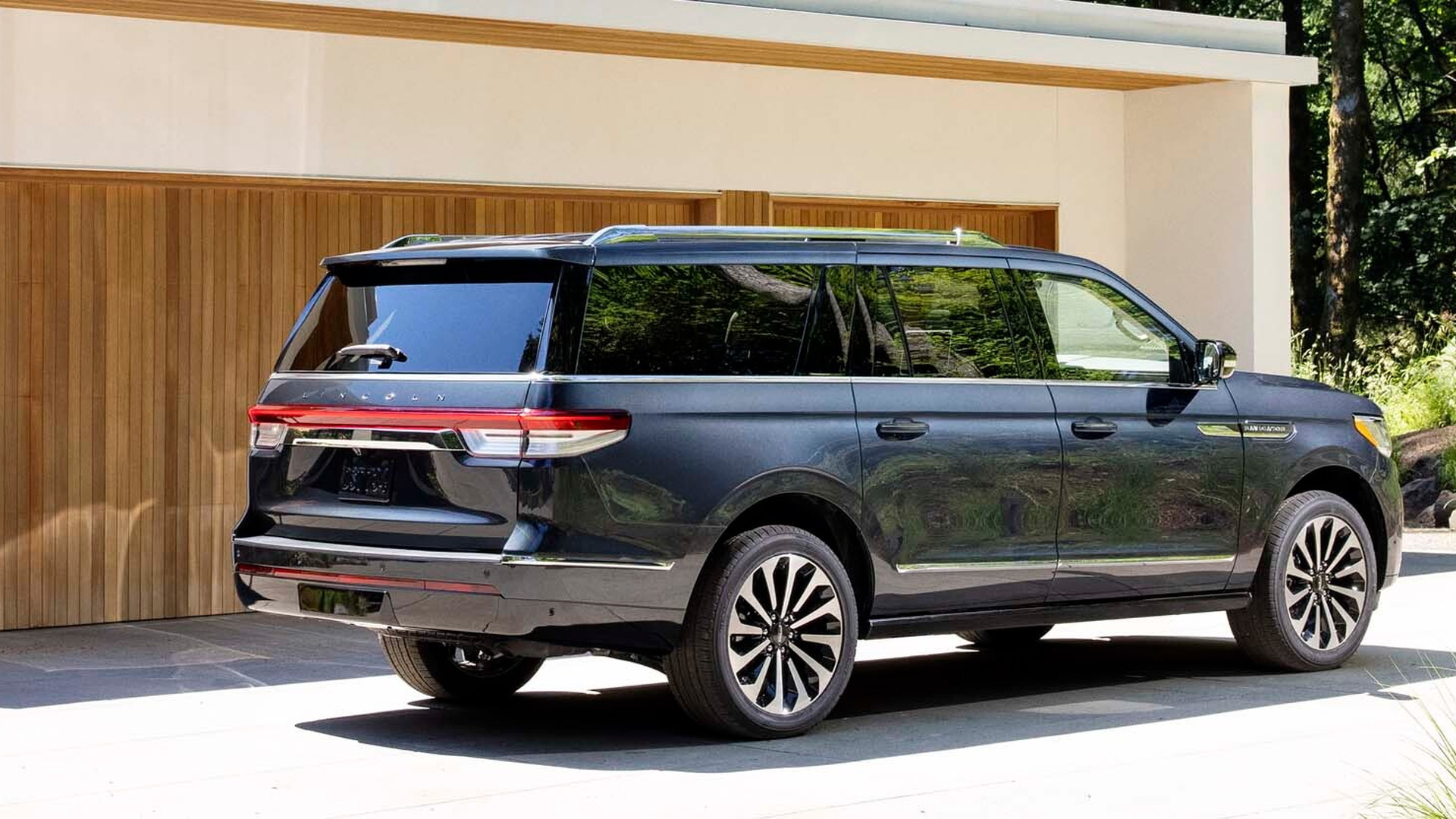 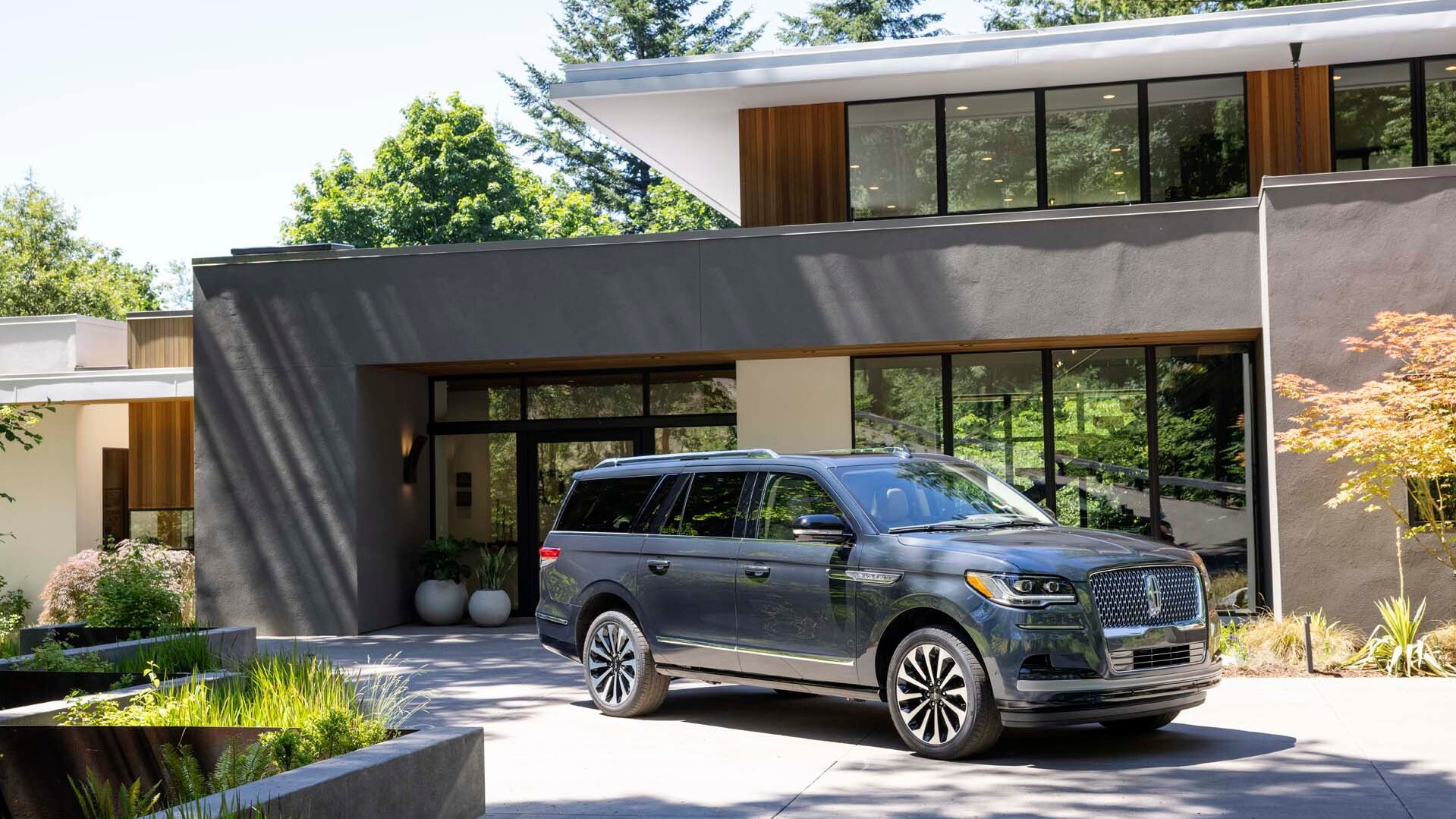 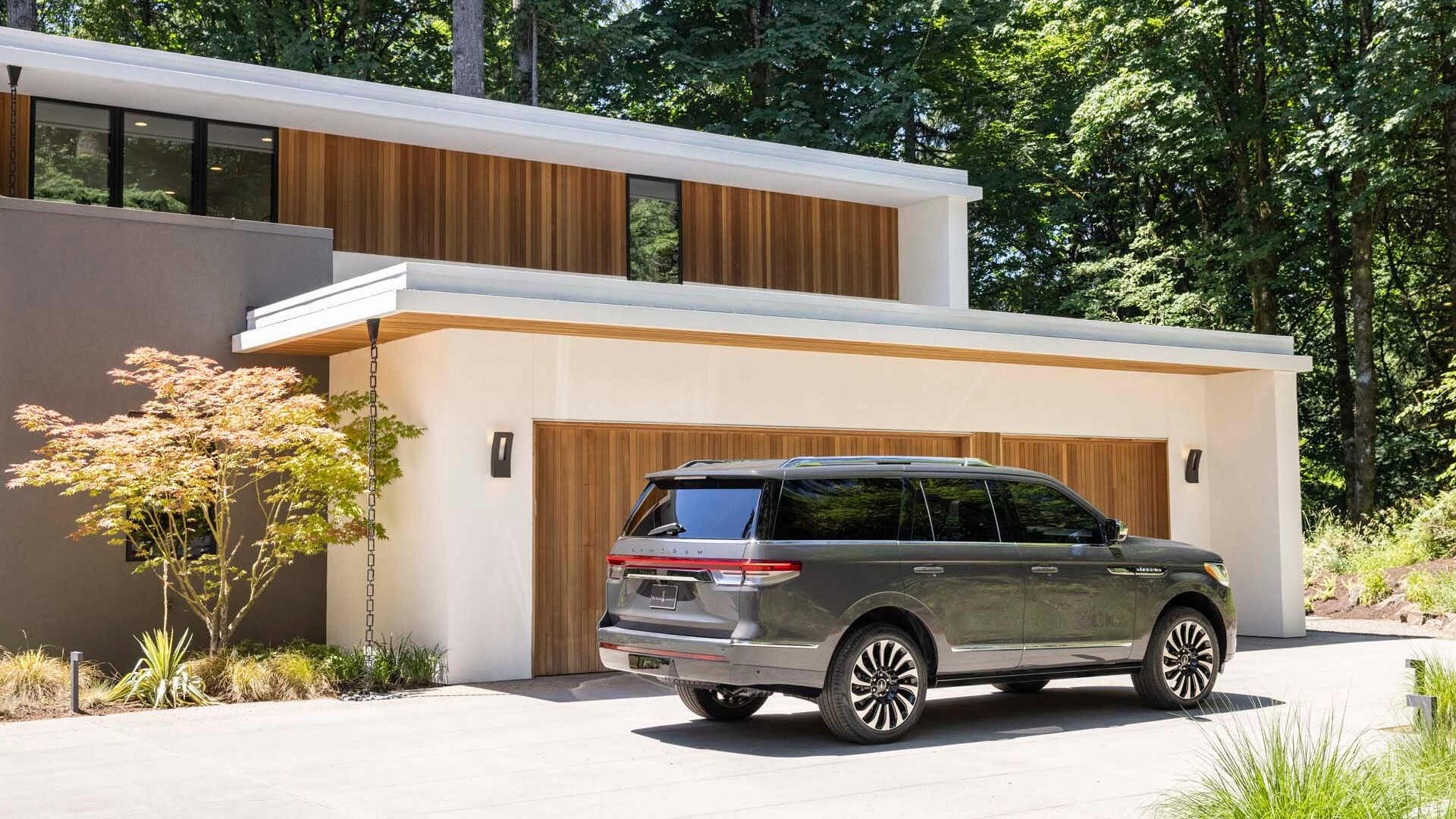 Lincoln's flagship gets some important enhancements for 2022.

Headlining the updated Navigator's changes is the debut of Lincoln's ActiveGlide system. A Level 2 driver-assist system that allows for hands-free driving, it's a rebranded version of Ford's BlueCruise, which is about to launch in the F-150 Mustang Mach-E. Standard on the Reserve trim and above, ActiveGlide works on more than 130,000 miles of mapped highways in North America. It relies on the Navigator's built-in navigation system, which comes with a three-year data subscription, and will require a subscription renewal thereafter. Lincoln didn't detail how much that will cost.

Lincoln designers smoother over the exterior with cues from the mid-size Aviator SUV. The LED headlights are less blocky with a slight droop to them, and the 3D sequential taillights are slimmer, less chunky, and feature a sequential animation when the driver approaches the vehicle.

Inside, the gorgeous design with chrome bits with real knobs and buttons carries over. But the 12.0-inch digital gauge cluster is now augmented by a 13.2-inch touchscreen infotainment system that replaces a 10.0-inch unit. A 5.8-inch touchscreen in the second row now controls the standard heated and cooled seats. The available 30-way massaging front seats have new massage patterns, and massage is now available for the second-row captain's chairs. Rear seat passengers will be able to watch Amazon Fire TV on dual 10.1-inch screens that now have touch control. For audiophiles, Lincoln will offer a 28-speaker Revel Ultima system with eight new speakers mounted in the headliner.

Navigators will continue to be powered by a twin-turbocharged 3.5-liter V-6, now with 440 hp and 510 lb-ft of torque. The engine loses 10 hp due to a new compression ratio in the name of efficiency, though Lincoln hasn't released fuel economy figures yet. The 10-speed automatic transmission carries over and sends the power to the rear or all-four wheels.

Lincoln said a new adaptive suspension will mitigate impacts thanks the ability to read the road ahead up to 50 feet. The system expands upon the last model's adaptive dampers to add 12 sensors including a front-facing camera; it reads the road 500 times per second and makes up to 100 adjustments per second.

A new Heavy-Duty Trailer Tow Package adds camera angles to view a trailer while backing up, along with steering guidance graphics while maneuvering a trailer.

Lincoln said pricing and fuel economy information for the 2022 Navigator will be released closer to the launch in early 2022.

For more on the Lincoln Navigator, read the in-depth reviews at The Car Connection.