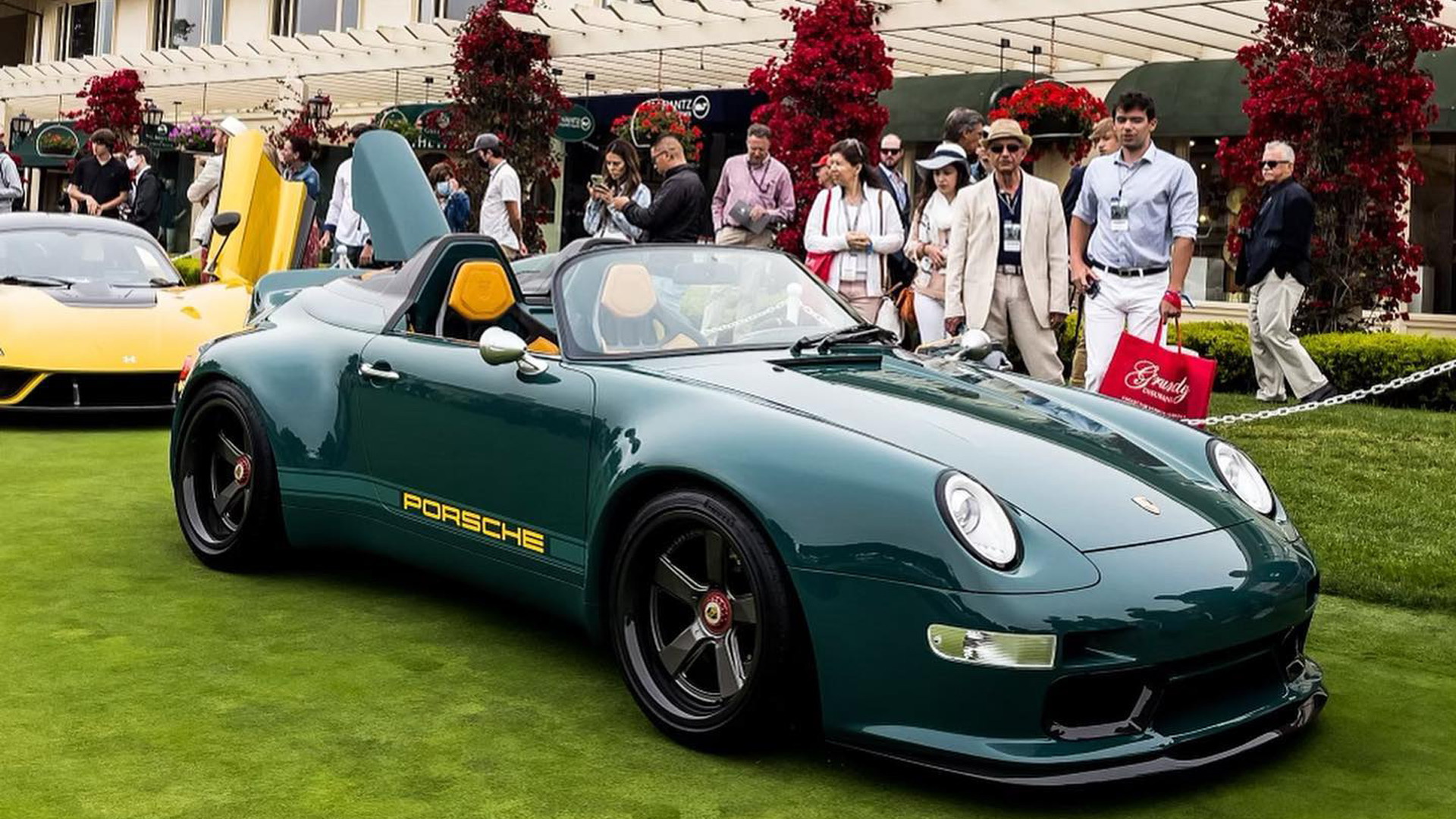 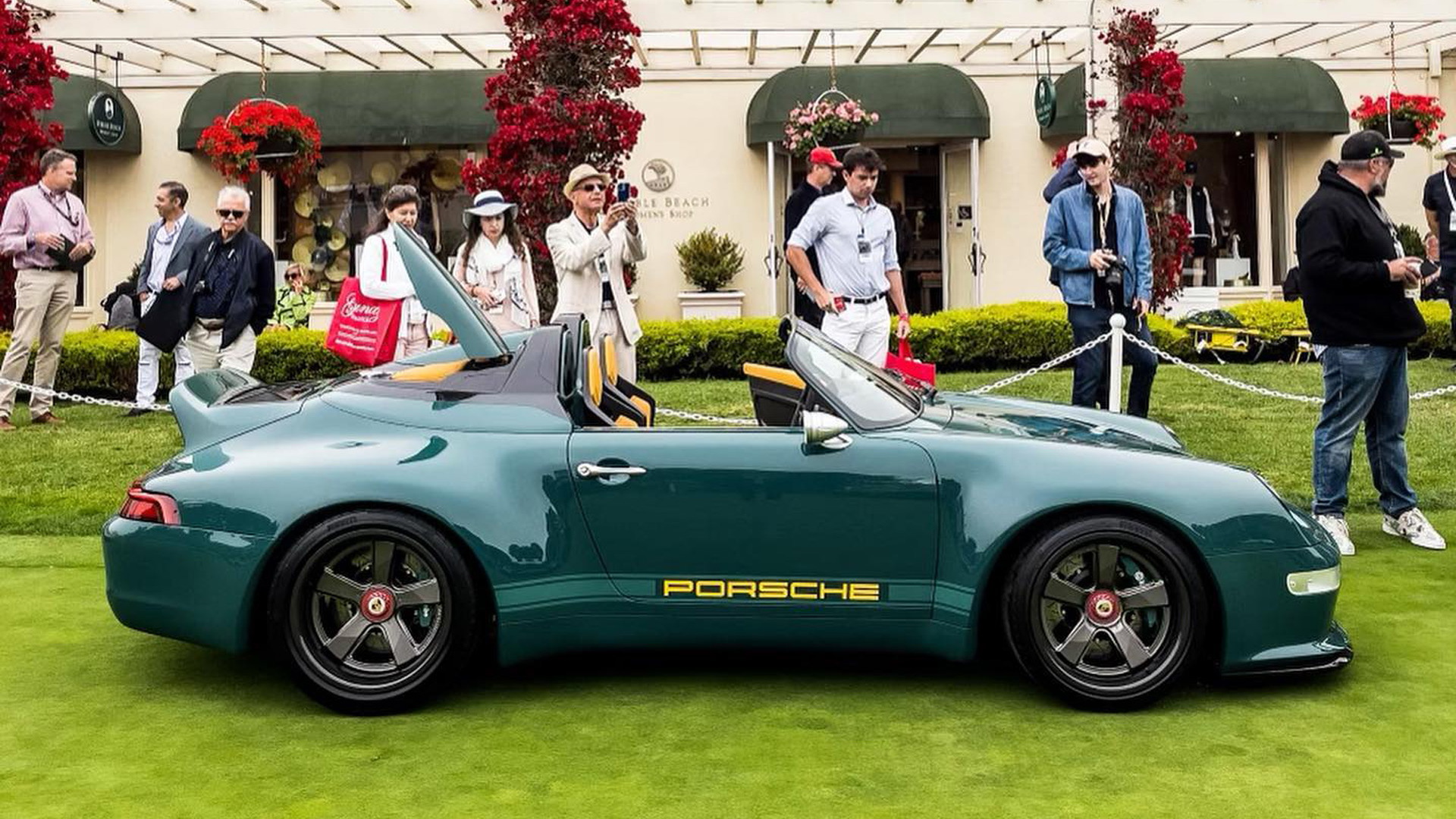 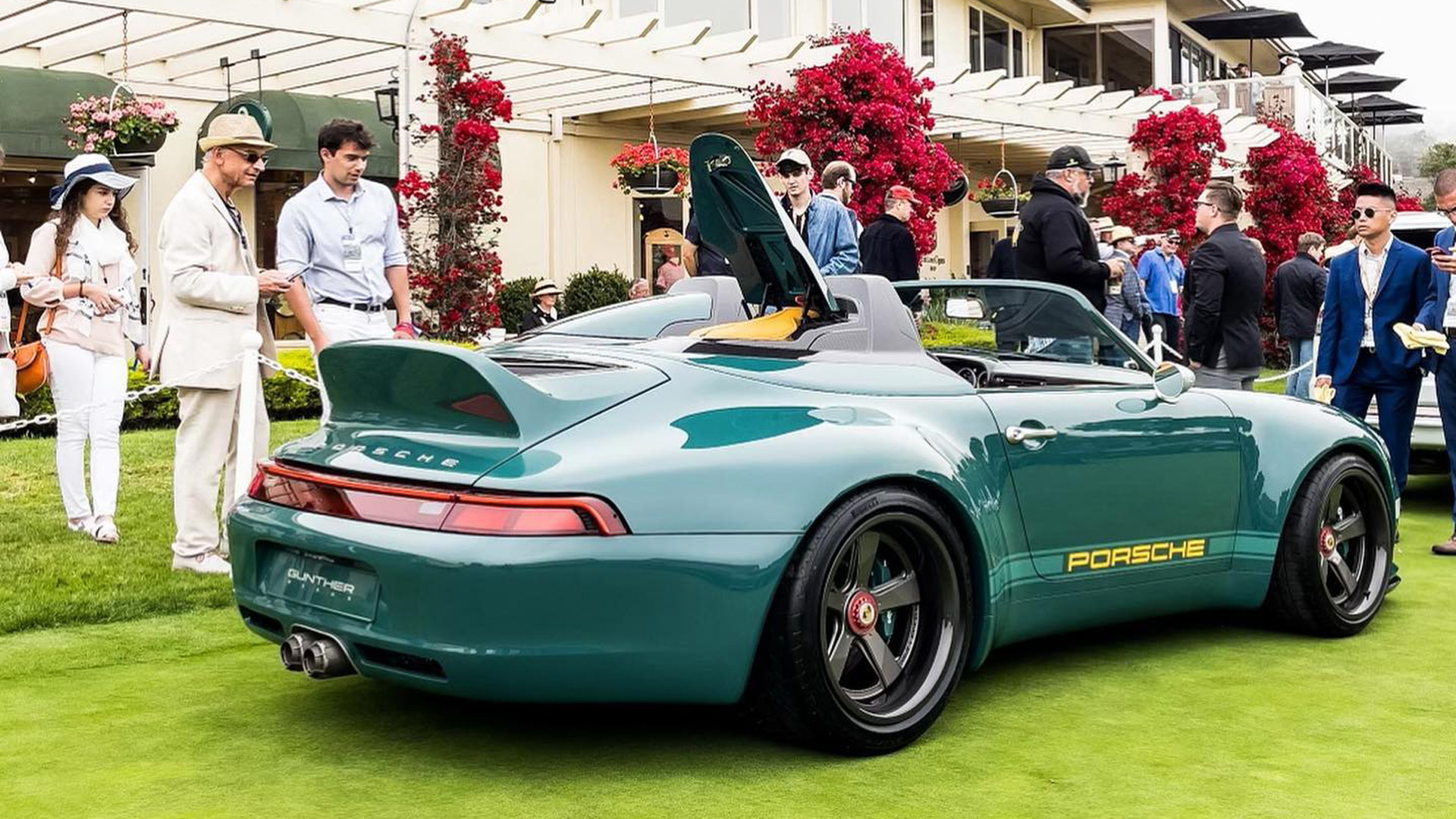 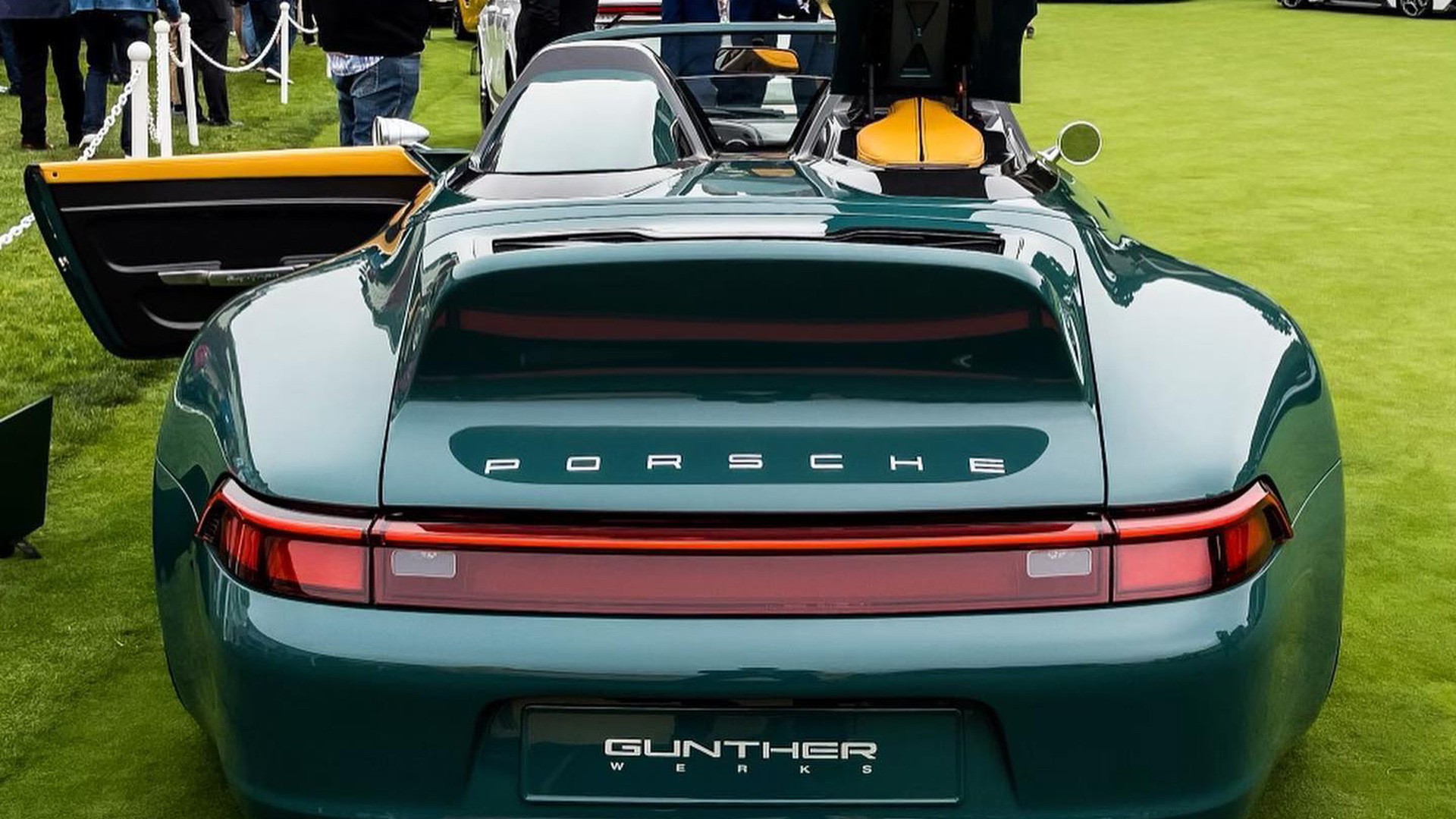 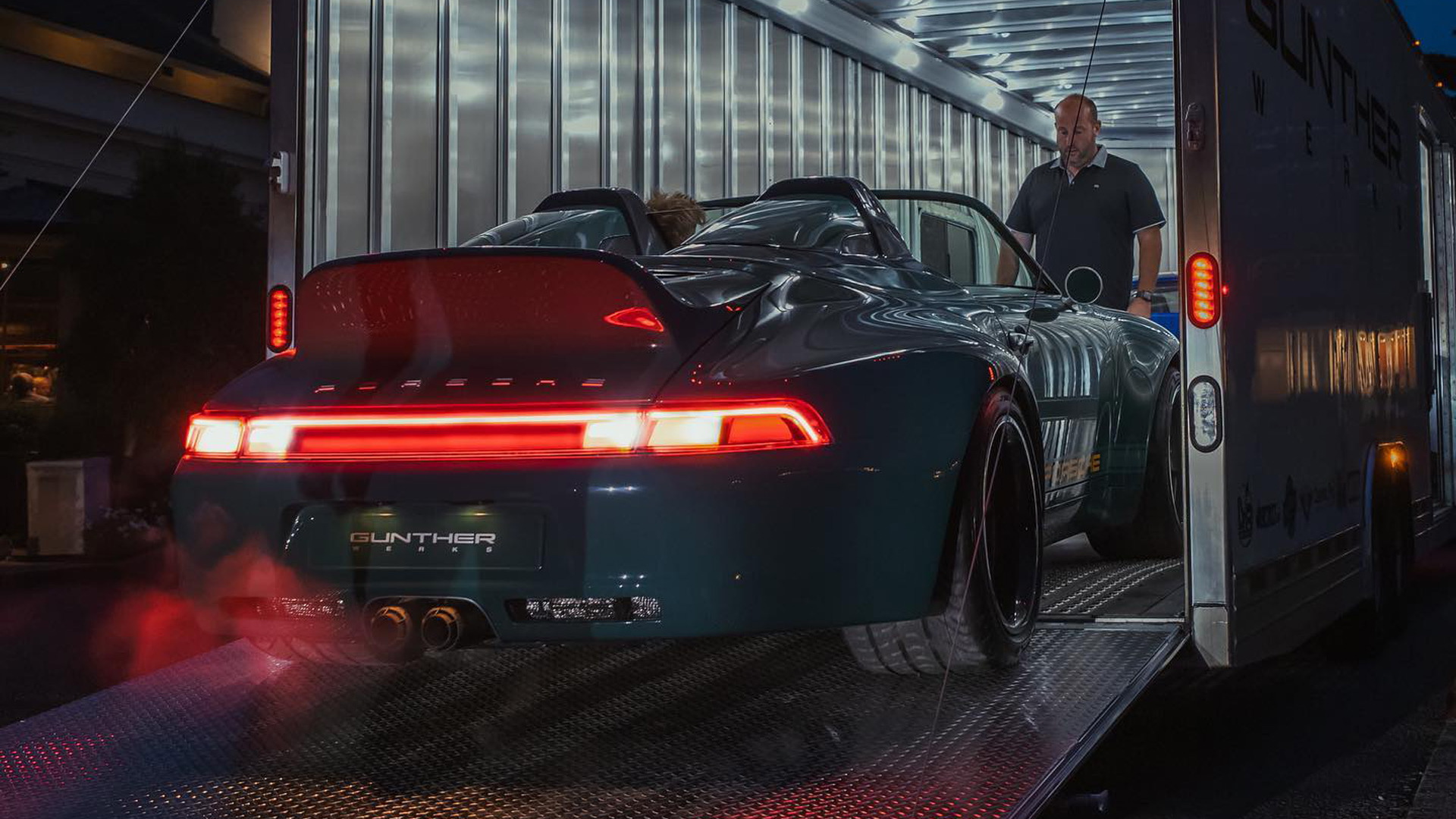 Singer isn't the only high-end restorer of classic Porsche 911s. There's another company hailing from California by the name of Gunther Werks, and it used this month's 2021 Monterey Car Week to present an example of its speedster based on the 993-generation Porsche 911.

Gunther first made headlines in 2018 when it unveiled its own carbon-fiber 993 body shell, specifically for a 993 coupe. The company then followed with a speedster body earlier this year, which it presented to the public for the first time at The Quail, A Motorsports Gathering, one of the premier events of Monterey Car Week.

The example shown features an exterior in Peninsula Cypan paint and an interior lined in Mandarin Orange leather. Power comes from a Porsche 4.0-liter flat-6 engine massaged by Rothsport Racing. Peak output from the naturally aspirated unit is 435 hp and 335 lb-ft of torque.

The company's solution was to stiffen the chassis by employing reinforcements in the space where the coupe’s rear seat compartment was previously located. Now this area is sheltered by the new carbon-fiber Speedster top and tonneau cover, together with a roll cage and roll hoop system.

A lower rake windscreen utilizes a 964-generation 911 Speedster glass piece stabilized with a carbon-fiber frame and cowl, plus aluminum reinforcements. Other key upgrades include adaptive suspension from JRZ, center lock hubs from Eisenlohr Racing, and Fuchs-style five-spoke (with carbon-fiber barrels and magnesium centers).

Gunther Werks is only building 25 examples of its 993 Speedster. The company hasn't discussed pricing but as a reference, its 993 coupe was priced from about $525,000.