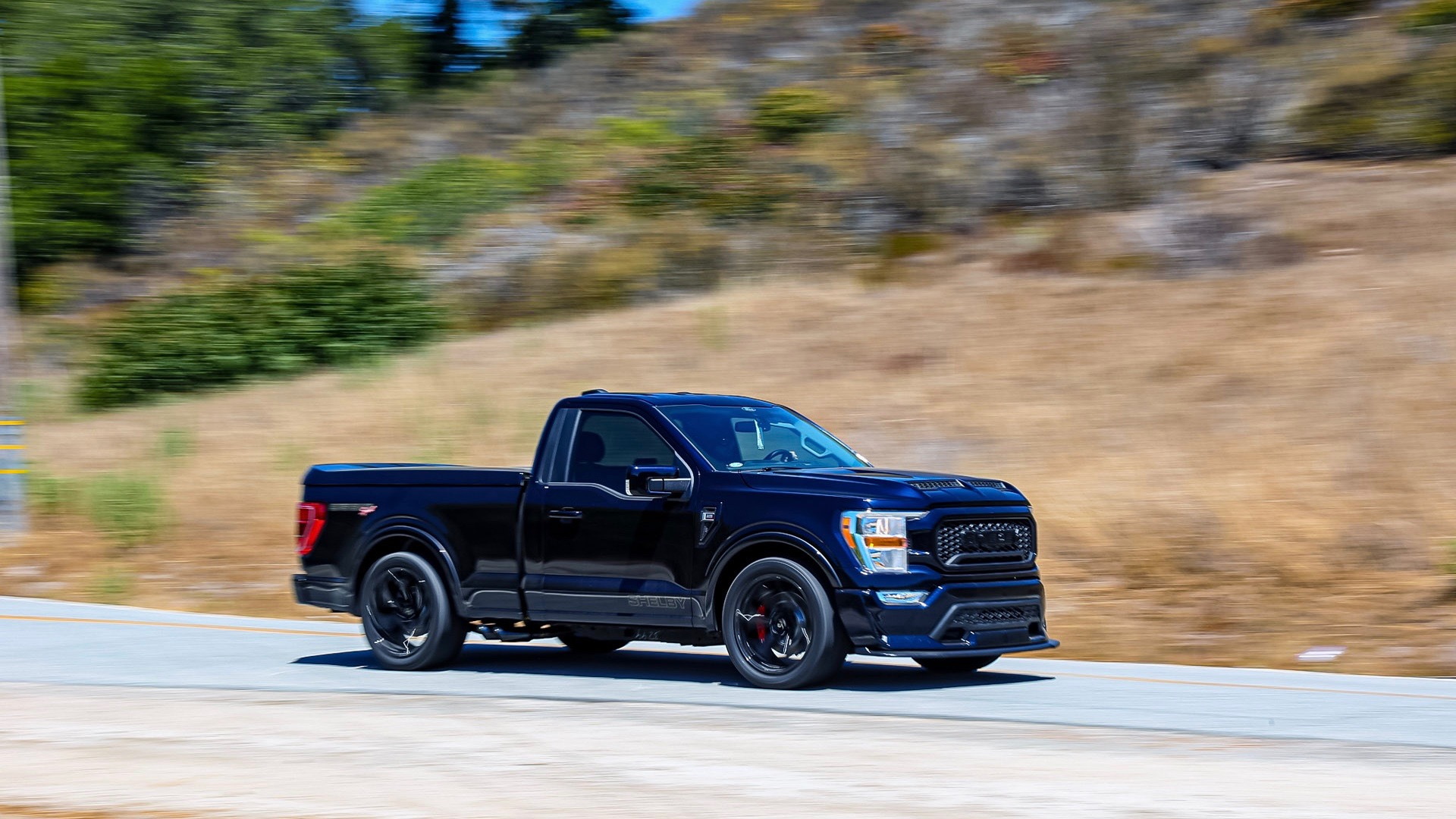 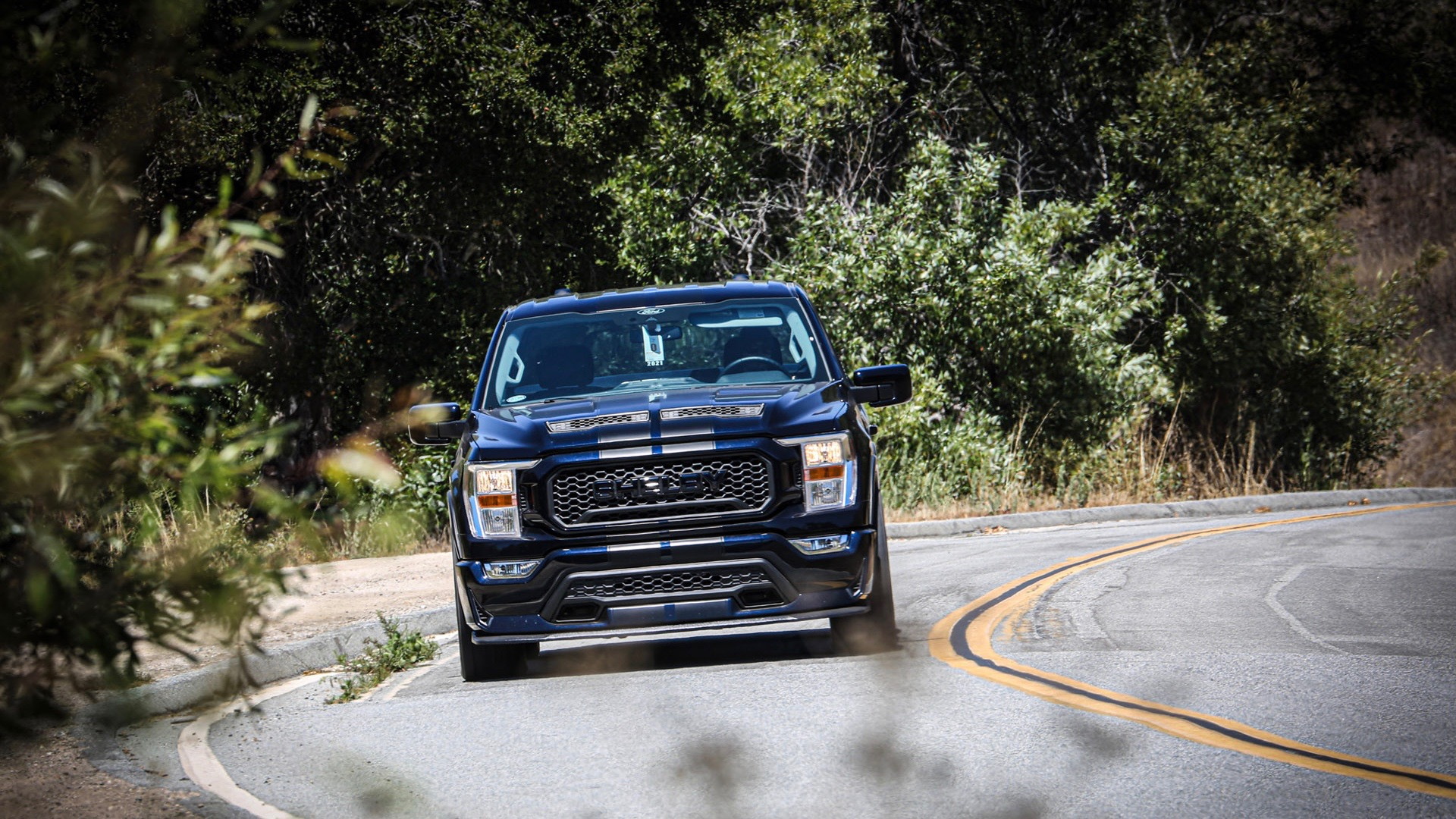 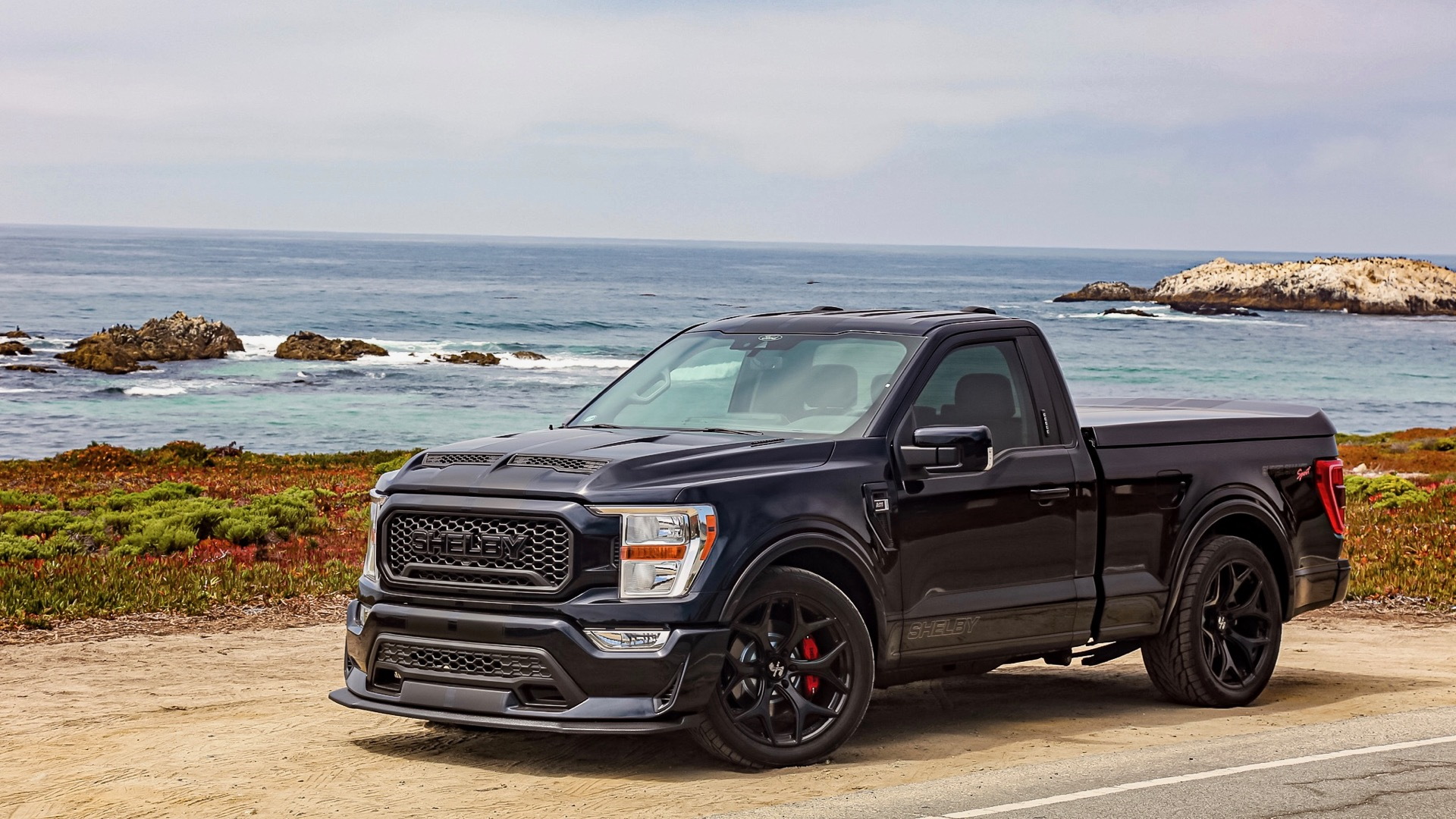 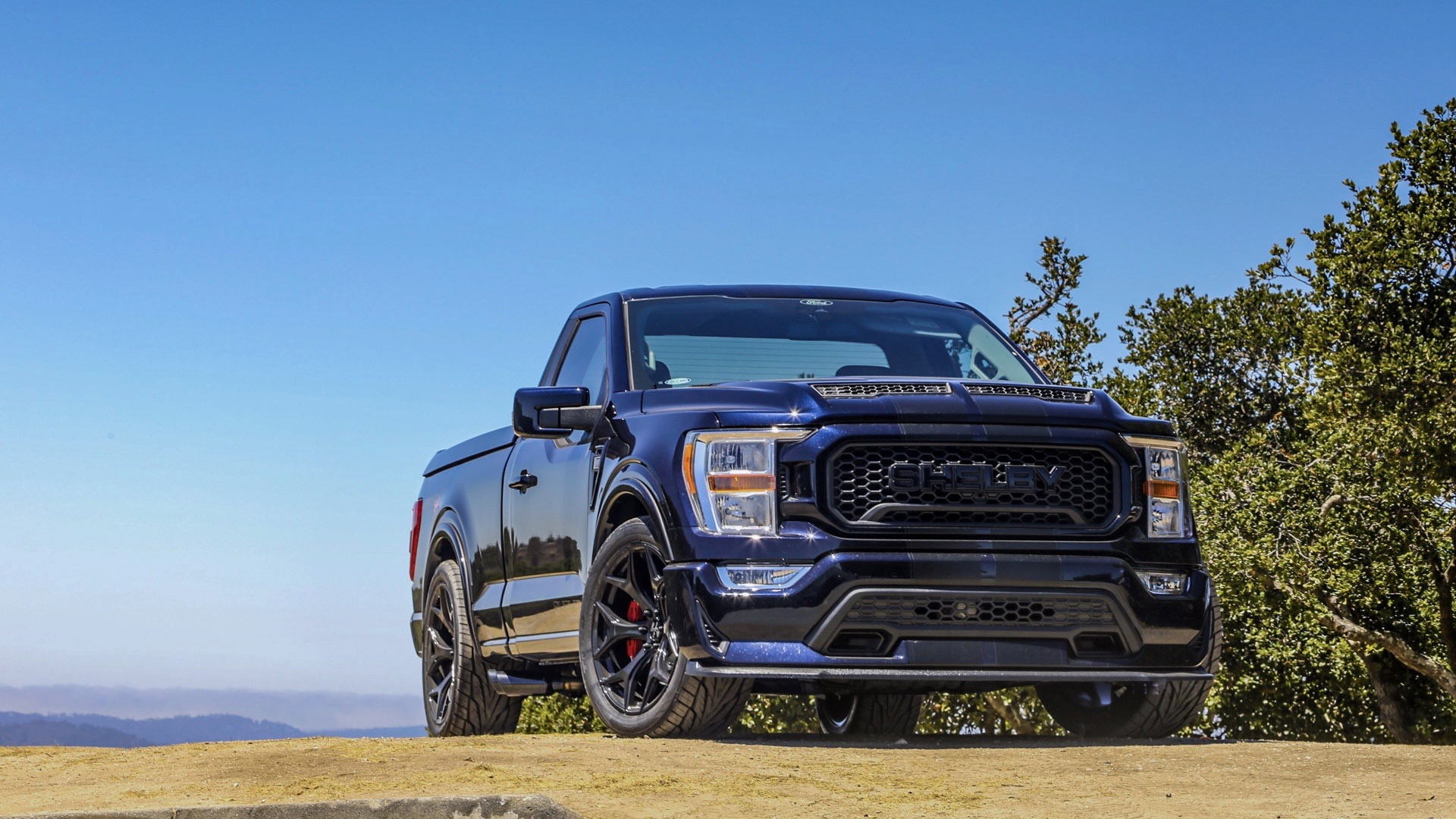 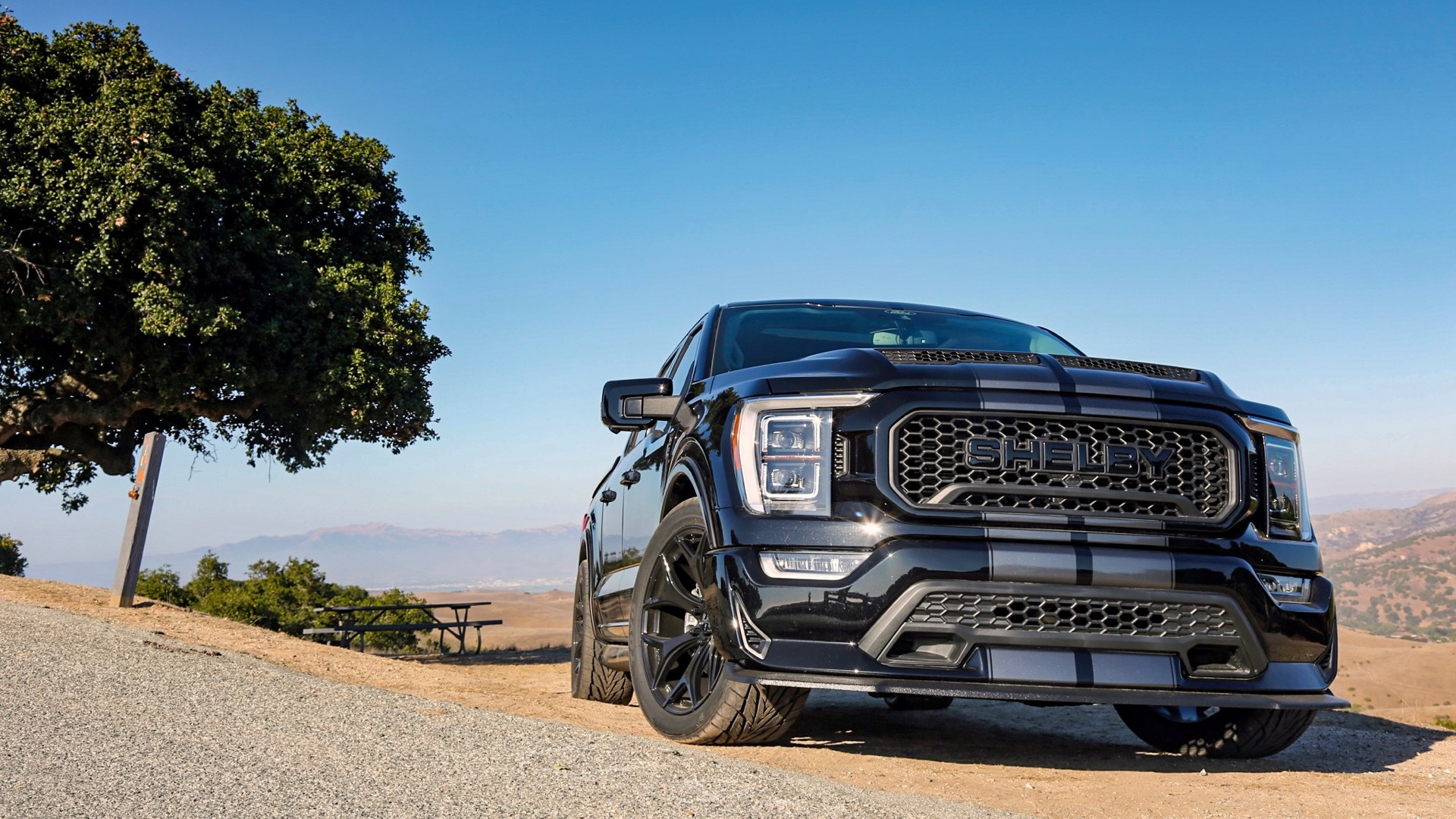 On the tail end of Monterey Car Week, Shelby American unveiled the latest version of its Super Snake street truck. It's based on the redesigned 2021 Ford F-150, and boasts over 775 horsepower. It's available to order now through select Ford dealers.

A supercharged version of the familiar Ford "Coyote" 5.0-liter V-8 provides that power, which is a 5-hp increase over the previous Super Snake, according to a Shelby press release. The engine breathes through a Borla exhaust and enlarged carbon fiber air intake. Shelby didn't mention any changes to the transmission, so it's likely the same 10-speed automatic used with the V-8 in the stock F-150.

Shelby plans to offer the F-150 Super Snake in two-door and four-door configurations, and claims the two-door, four-wheel drive version is capable of 0-60 mph in 3.45 seconds, as well as 0-100-0 mph in 8.3 seconds. Those numbers are unchanged from the previous Super Snake, which was based on the outgoing-generation F-150. 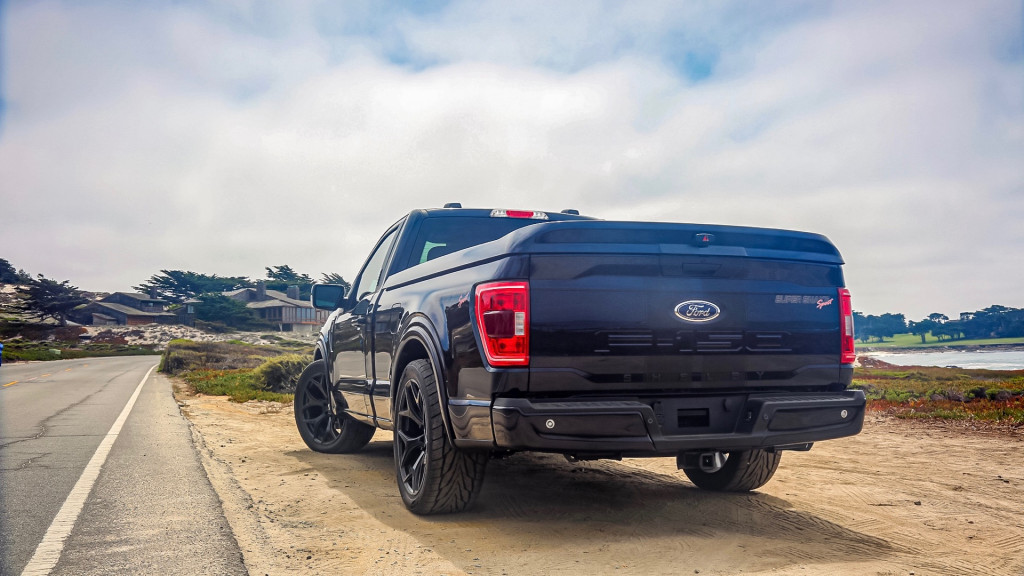 Other modifications include a lowered suspension and upgraded brakes, with 6-piston front calipers, and aftermarket rear pads and rotors. Trucks ride on 22-inch wheels, and get a body kit complete with a jutting front splitter.

For full Monterey Car Week coverage, head over to our dedicated hub.