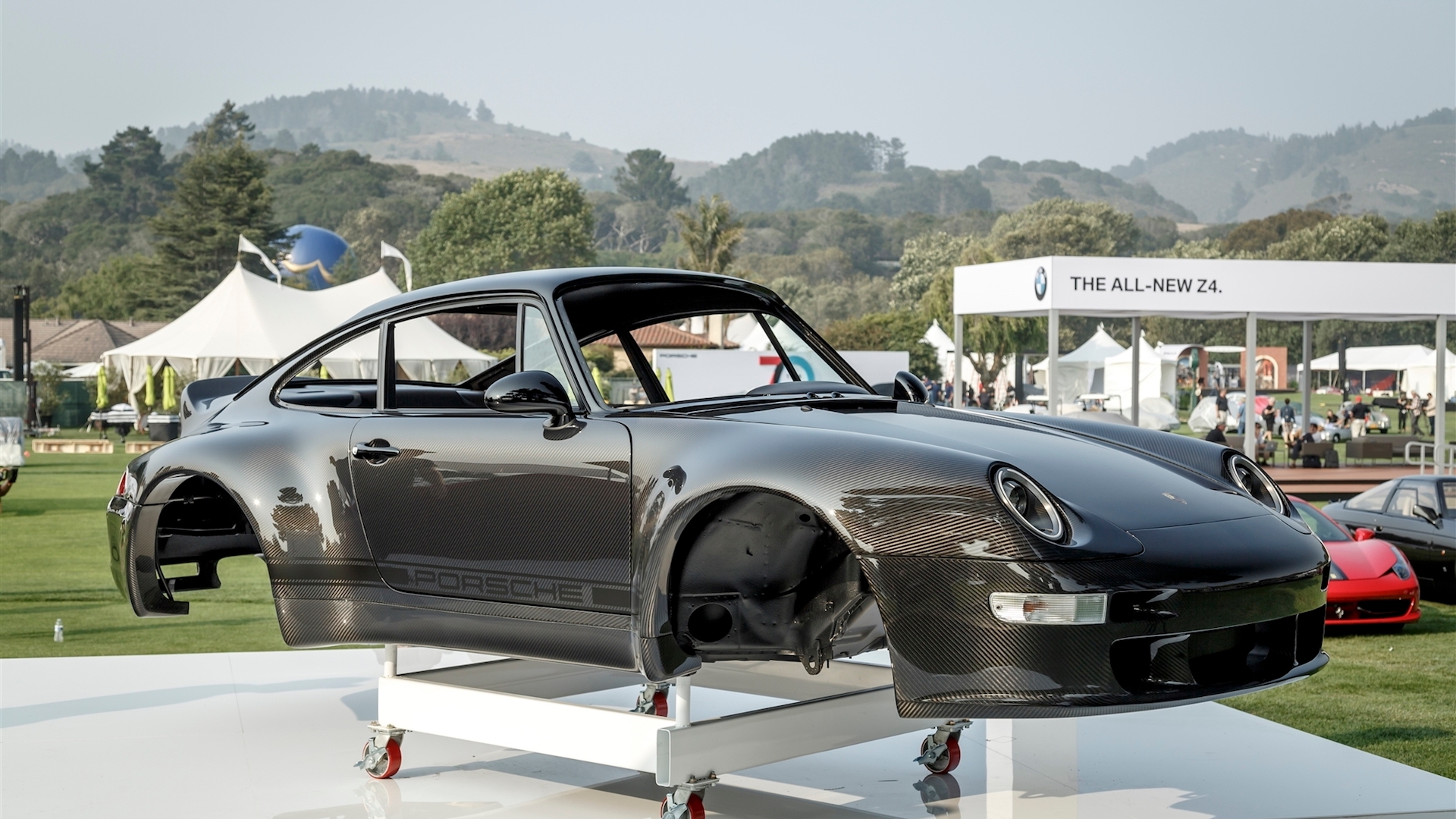 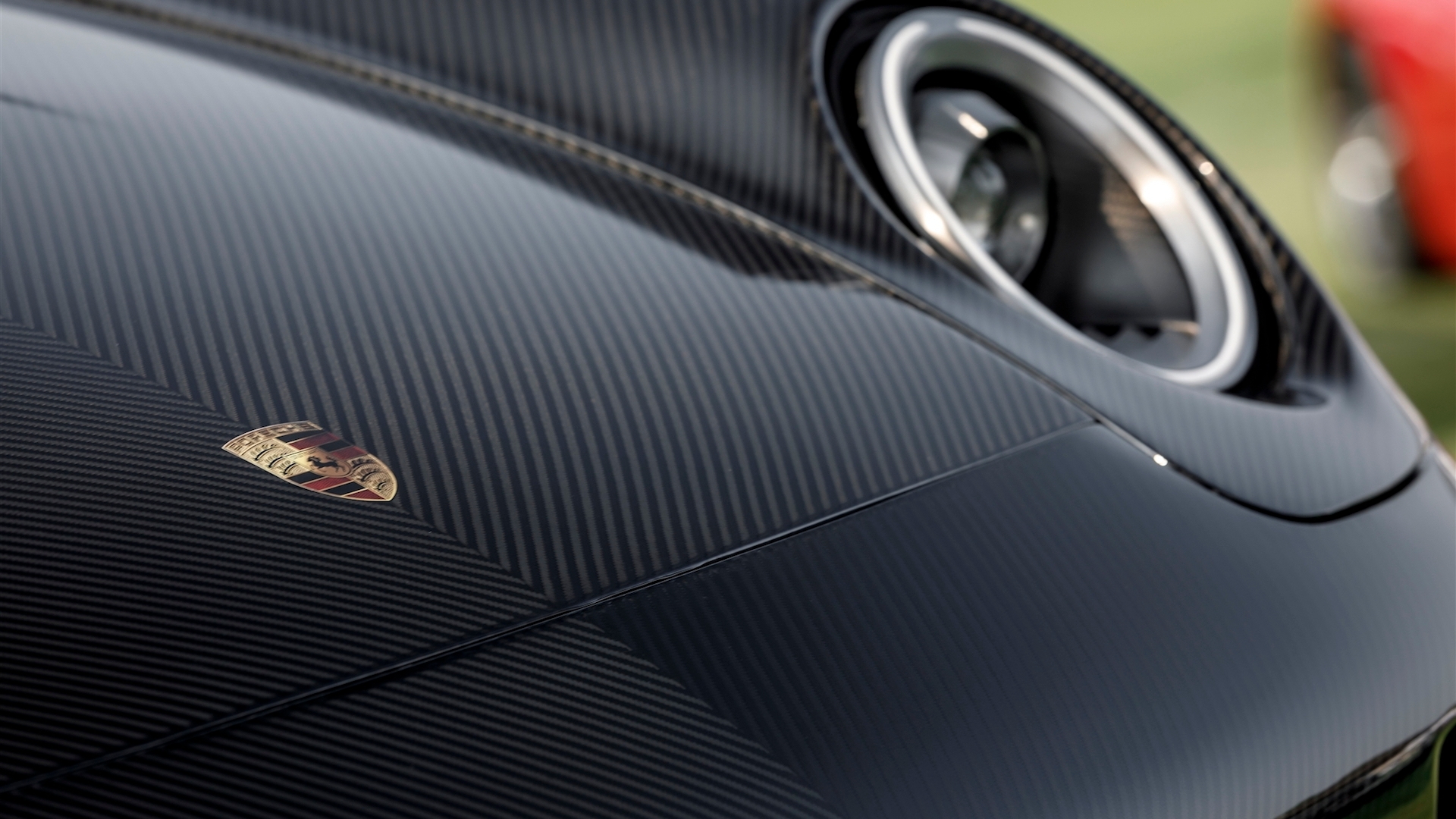 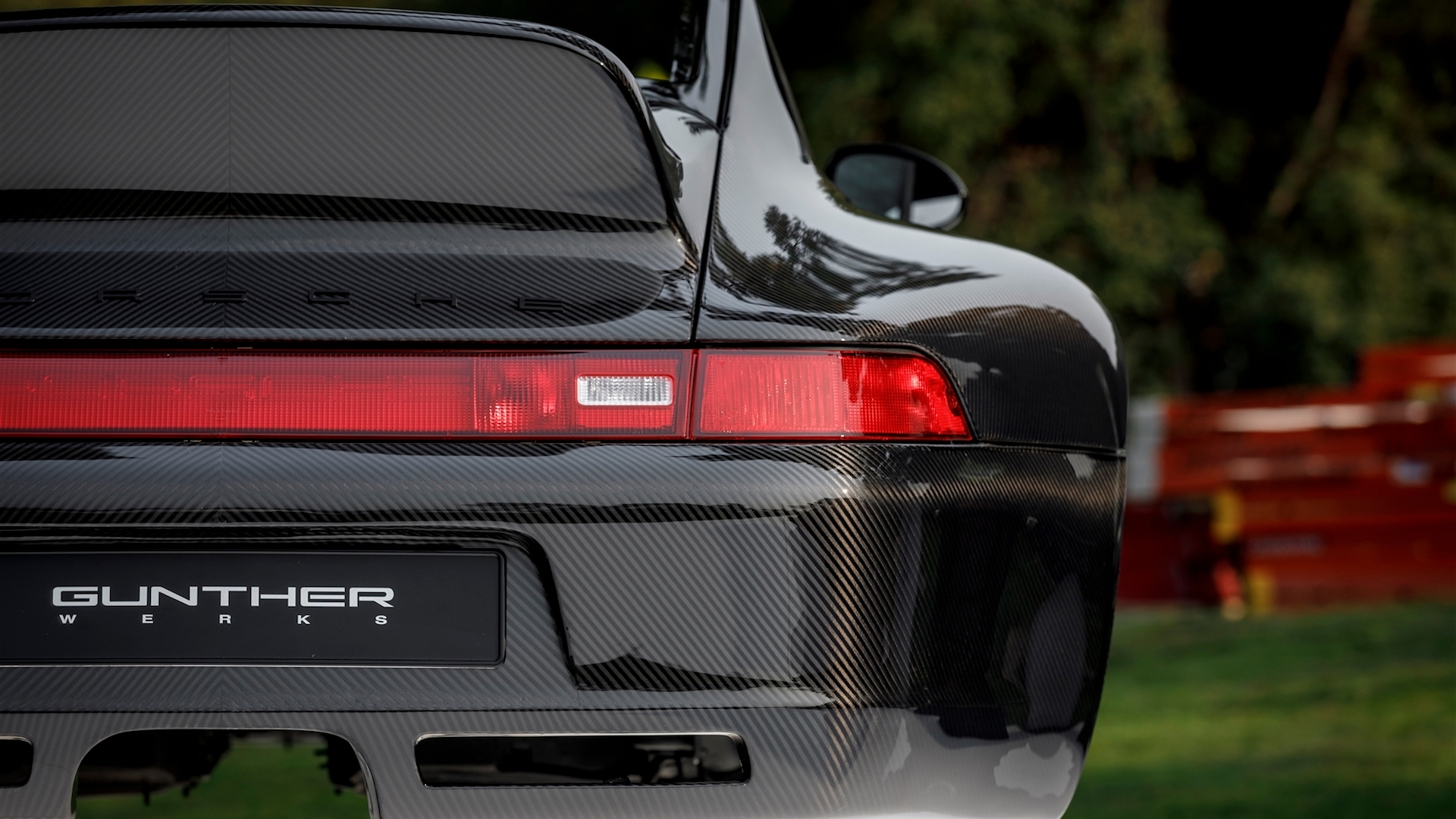 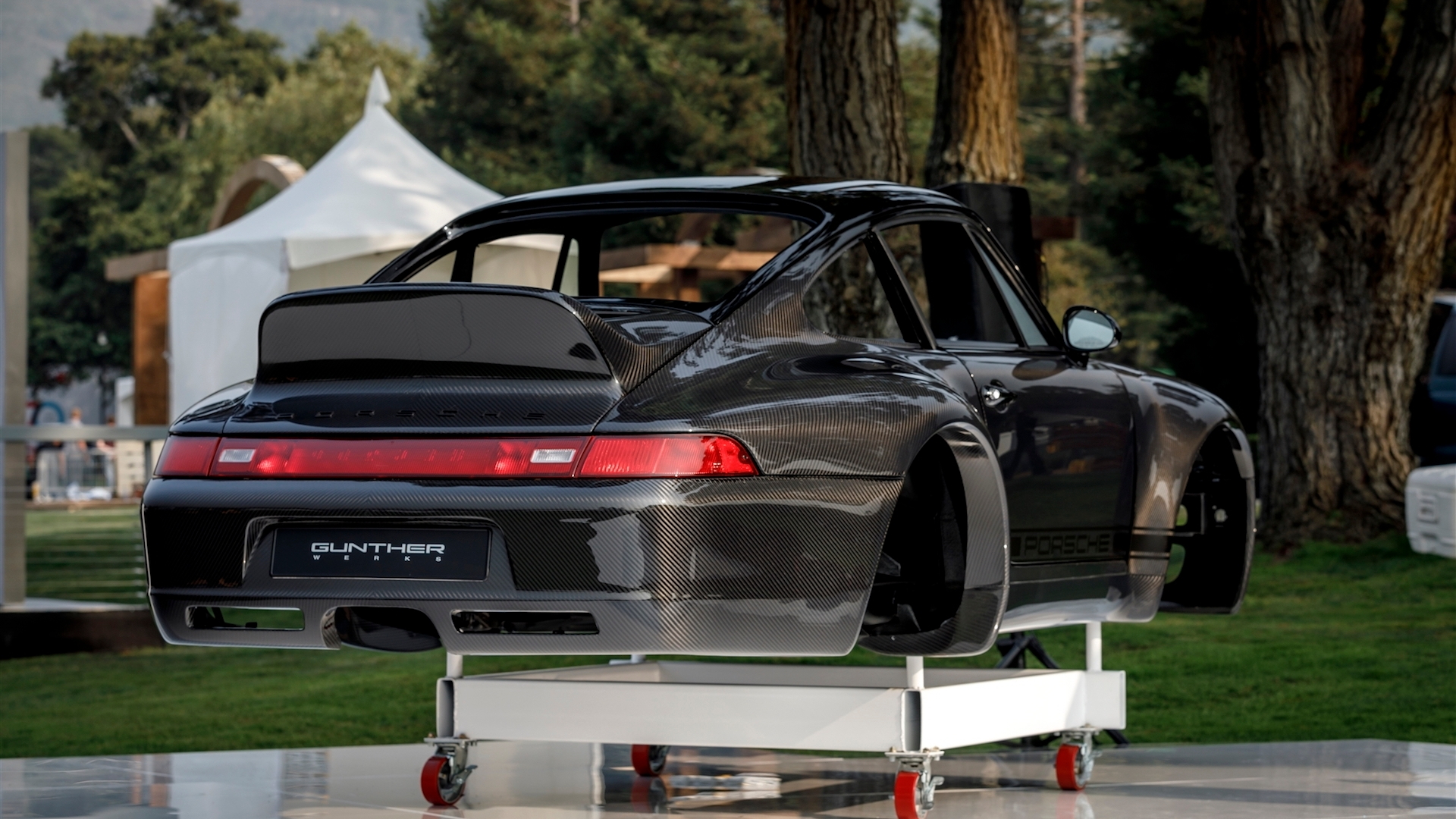 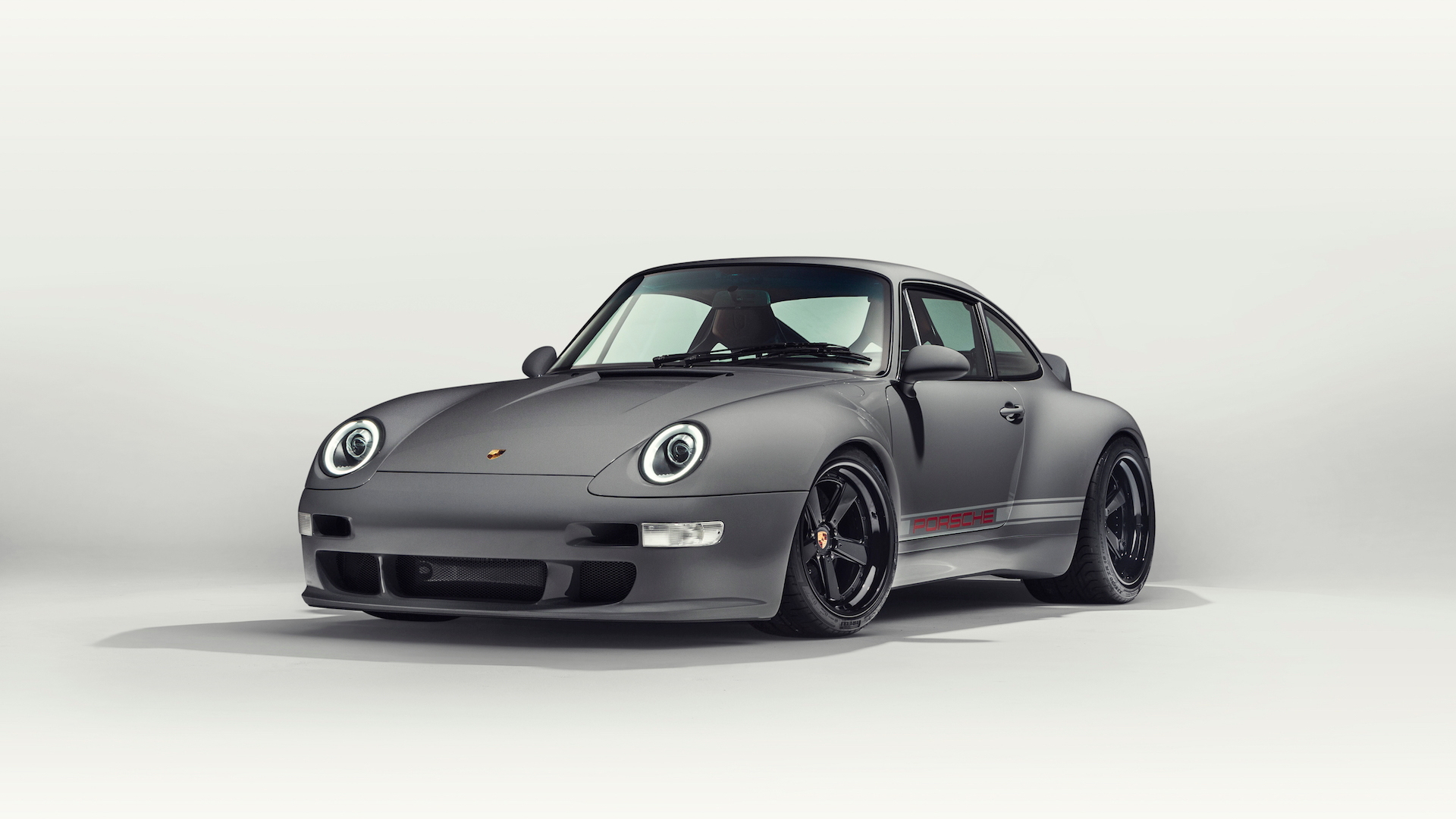 Enthusiasts and fans herald the 993-generation Porsche 911, but California-based Gunther Werks seeks to perfect what is widely viewed as the zenith of the 911 range.

The company unveiled its carbon-fiber 993 body at The Quail, A Motorsports Gathering on Saturday during the 2018 Monterey Car Week. Alongside the carbon-fiber exoskeleton was the company's first production unit: a Chelsea Gray 993 911.

Gunther Werks seeks to reengineer 993-generation 911s with its house-built carbon-fiber body. Obviously, the material lends itself to a lighter curb weight to amplify the car's driving behavior.

Additionally, it allows the company to extend the fenders by three inches at all four corners while retaining the 993's design cues. The company said it doesn't take the platform for granted and holds the 993 architecture in the highest regard; its mission is simply to incorporate modern technology with the analog feel of yore.

The original engine is removed and a 4.0-liter naturally aspirated and air-cooled engine flat-6 is installed. The engine is hand-built and comes from Rothsport Racing, which tunes the mill to produce 400 horsepower and 330 pound-feet of torque. Each car receives a JRZ active suspension to provide the best dampening rates. The system calculates road conditions 1,000 times per second.

Customers can select from a never-ending options list to create a completely custom Porsche 911. The first of the production run is the Chelsea Gray 911 shown at The Quail. The car features Gunther Werks' optional Sport Touring package, which adds a unique intake plenum and a ducktail spoiler.