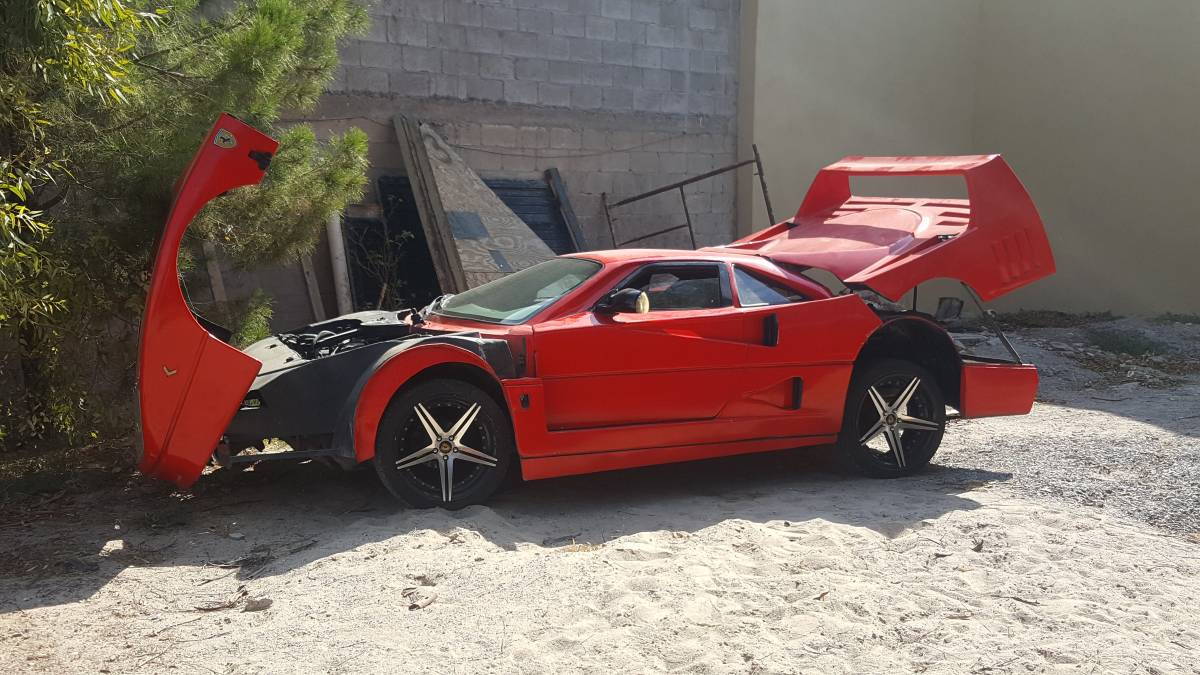 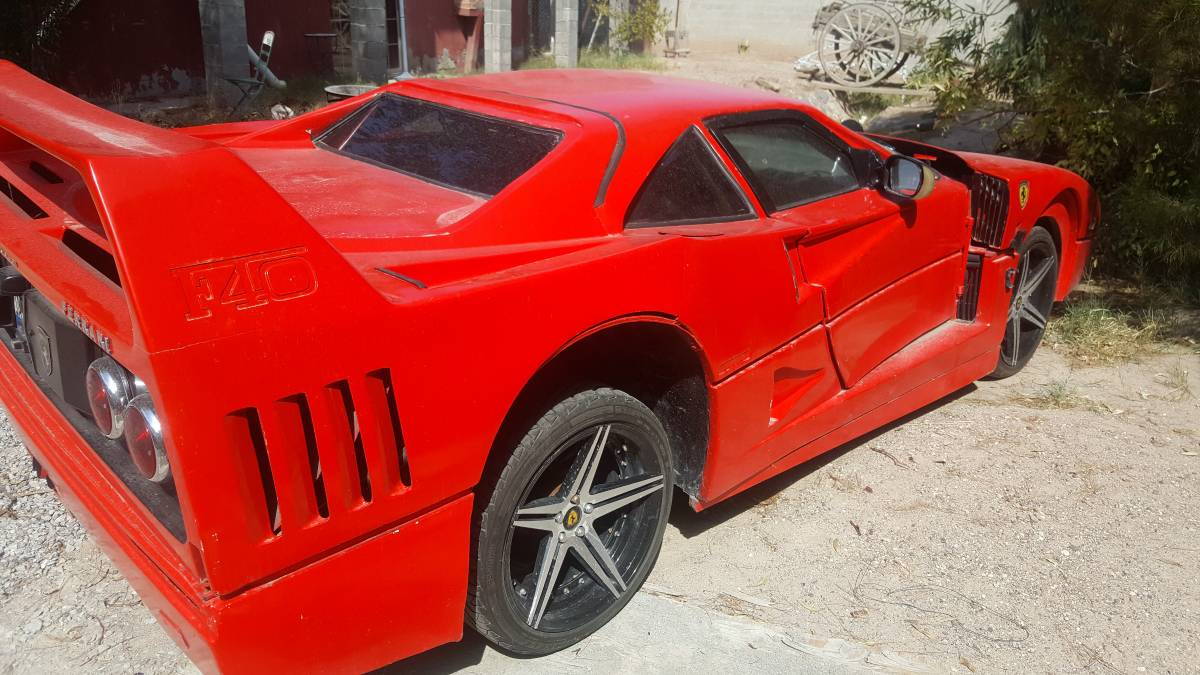 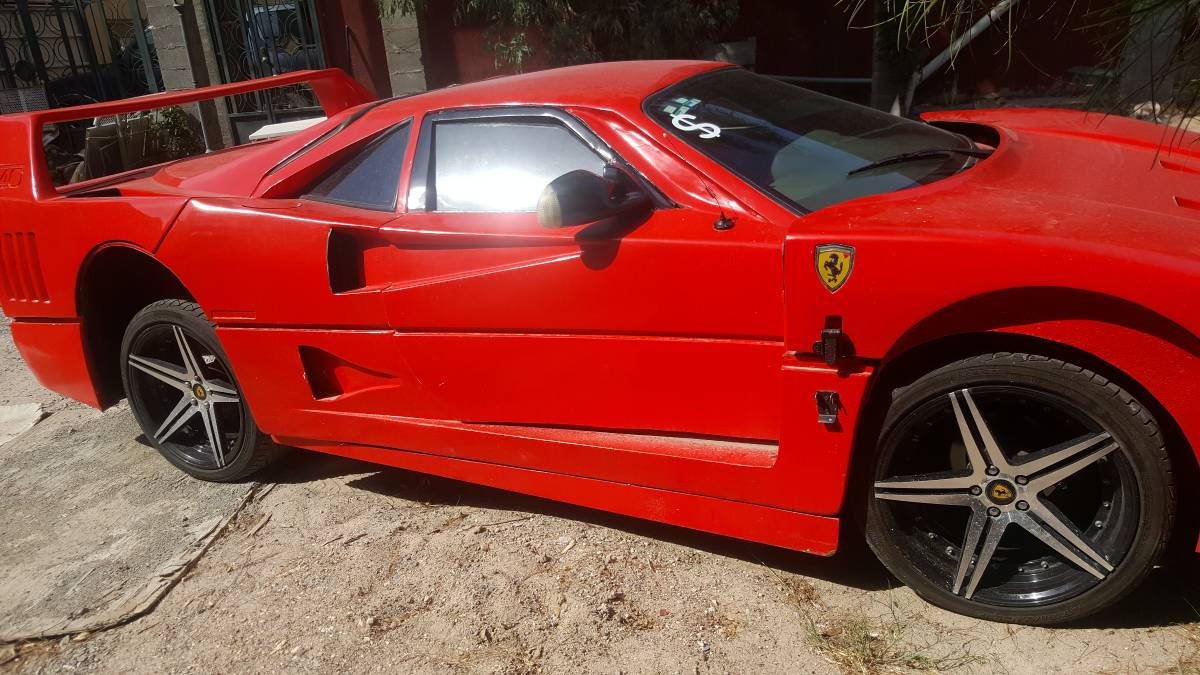 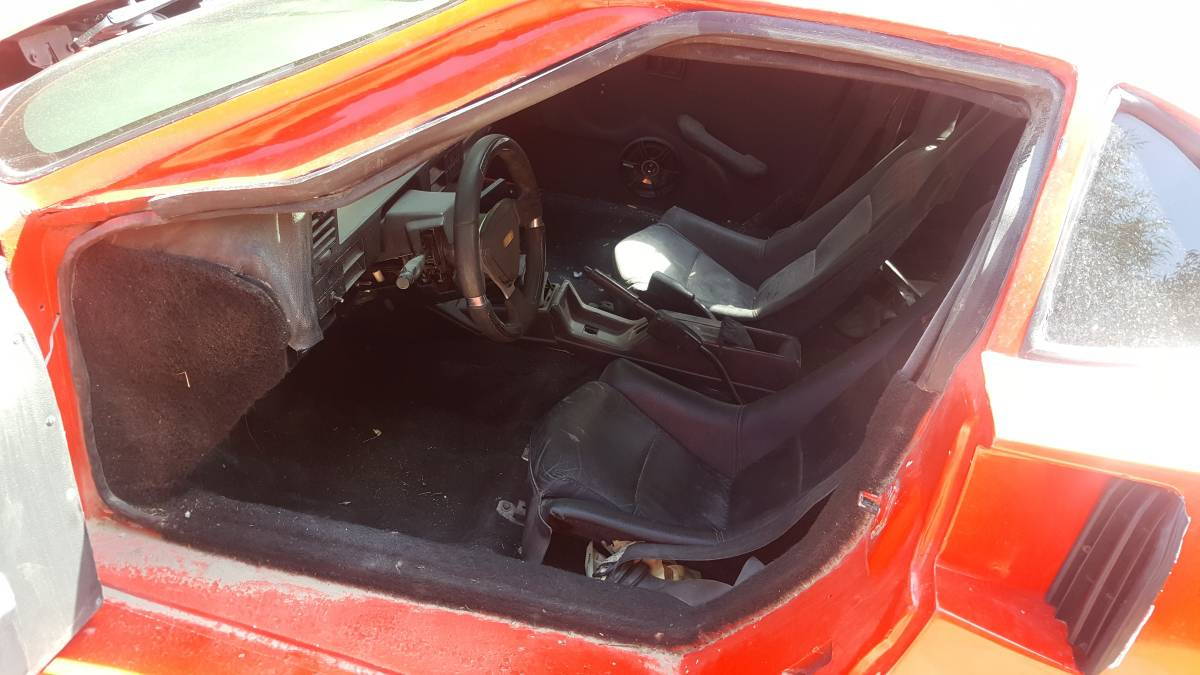 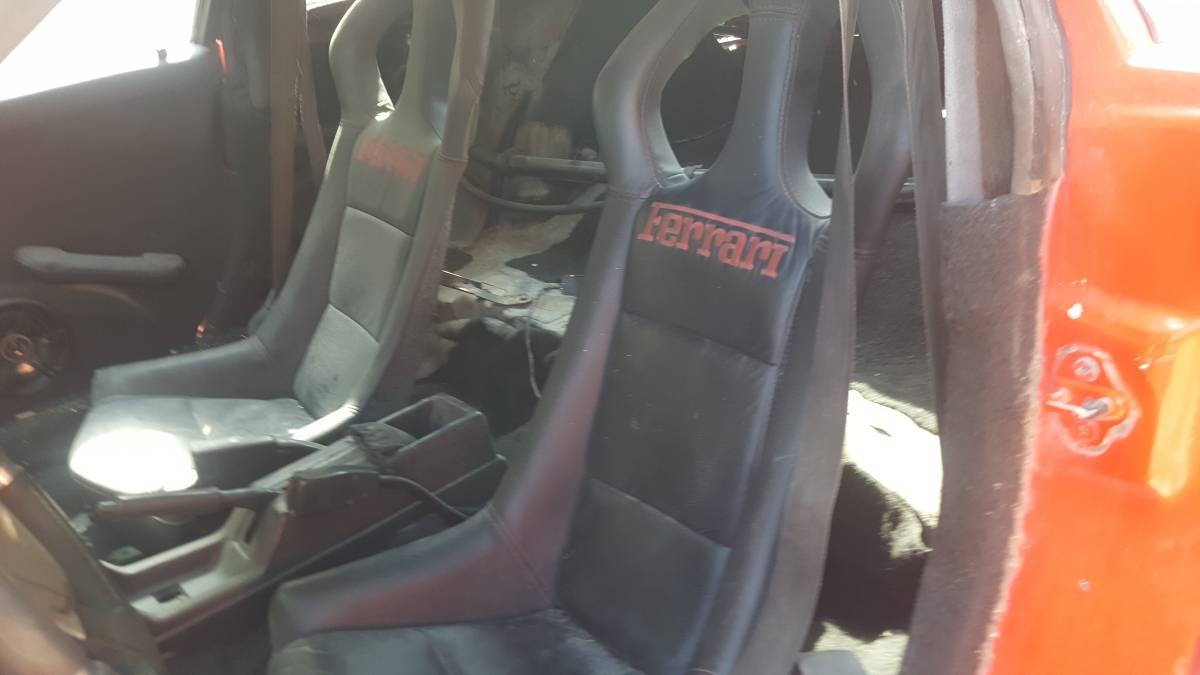 What you see here is a Ferrari F40...if Pininfarina had let designers Leonardo Fioravanti and Pietro Camardella take acid during the sketching process.

Thankfully, that's not what happened back in the early '80s (other stuff may have been involved, sure) and the real Ferrari F40 is a masterpiece. The car you see above is not a Ferrari. It's a Nissan Sentra that murdered a plastic factory and fashioned the remains into this F40 skin suit.

This truly awful machine is listed for sale on Craigslist (via Carscoops) and is currently located in El Paso, Texas. It has Mexican plates, and the 1990 Nissan Sentra it's based on is said to run perfectly. Yet it can't outrun the ugly that is the F40 body kit placed on top of it.

The seller states that the car "has the exact measures of a Ferrari." The person who built this kit has never seen nor measured a real Ferrari F40. This is more like a knock-off of a knock-off body kit. We've seen some great replica cars and plenty of terrible ones, and this is one of the worst ones out there. There's really no doubt about it.

A lot of folks turn to the Pontiac Fiero as a means for crafting their Ferrari-like replica. Why anyone would use a 1990 Nissan Sentra is beyond us. At least the Fiero is sporty, and mid-engined. A Sentra is a very inexpensive economy car.

The only way this could be redeemed is if the asking price was so low that it would be worth to buy as a joke. That's not the case though as the seller wants $5,800. A clean 1990 Nissan Sentra not dressed as the Hunchback of Maranello isn't worth $5,800.

If we could talk the seller into chopping a zero off that asking price, this would make for a fantastic 24 Hours of LeMons race car. That's literally all this thing is good for at this point.