In November 2017, Tesla showed us "one more thing" at the company's reveal of its Semi. That "thing" turned out to be the second-generation Roadster, planned for 2020. And at the debut event, Tesla gave depositors their first rides in the future electric sports car.

Now, Jay Leno has had his turn. In a new episode of "Jay Leno's Garage" on CNBC, Leno straps into the passenger seat of the 2020 Tesla Roadster with chief designer Franz Von Holzhausen at the wheel. After a quick debrief on the original Tesla Roadster and a quick spin in the Model 3, the two prepare for launch in the new Roadster. The sheer acceleration and 10,000 Newton-meters of torque (7,000-plus pound-feet) are enough to make Leno scream as the electric car races down a closed straight-line course. 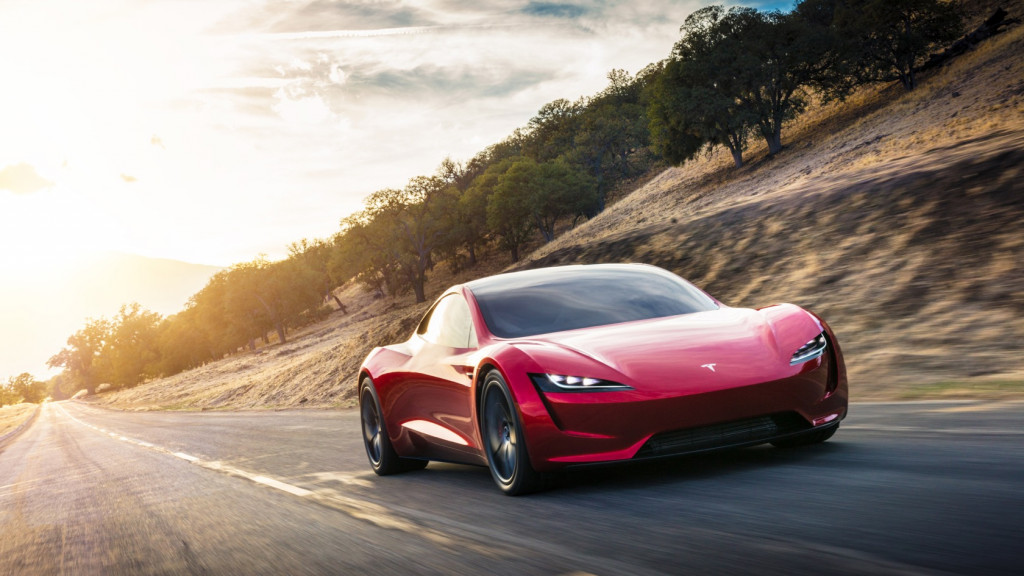 About the 7,000-plus pound-feet of torque: the electric sports doesn't actually make that much torque by the conventional definition of the term. That figure is represented in wheel torque. Wheel torque is the measurement calculated taking into account drive ratios. If all manufacturers measured their torque values in wheel torque, the Dodge Challenger SRT Demon would boast 14,000 Nm of wheel torque in first gear. As 2020 nears (or whenever the Roadster actually hits the streets), we'll really be looking for the Roadster's electric motor torque, which is yet to be announced.

Still, electric cars deliver their torque instantly, and the new Roadster can purportedly launch from 0-60 mph in 1.9 seconds. That makes for neck-snapping and screaming moments like Leno's in the video above. Have a look for yourself.