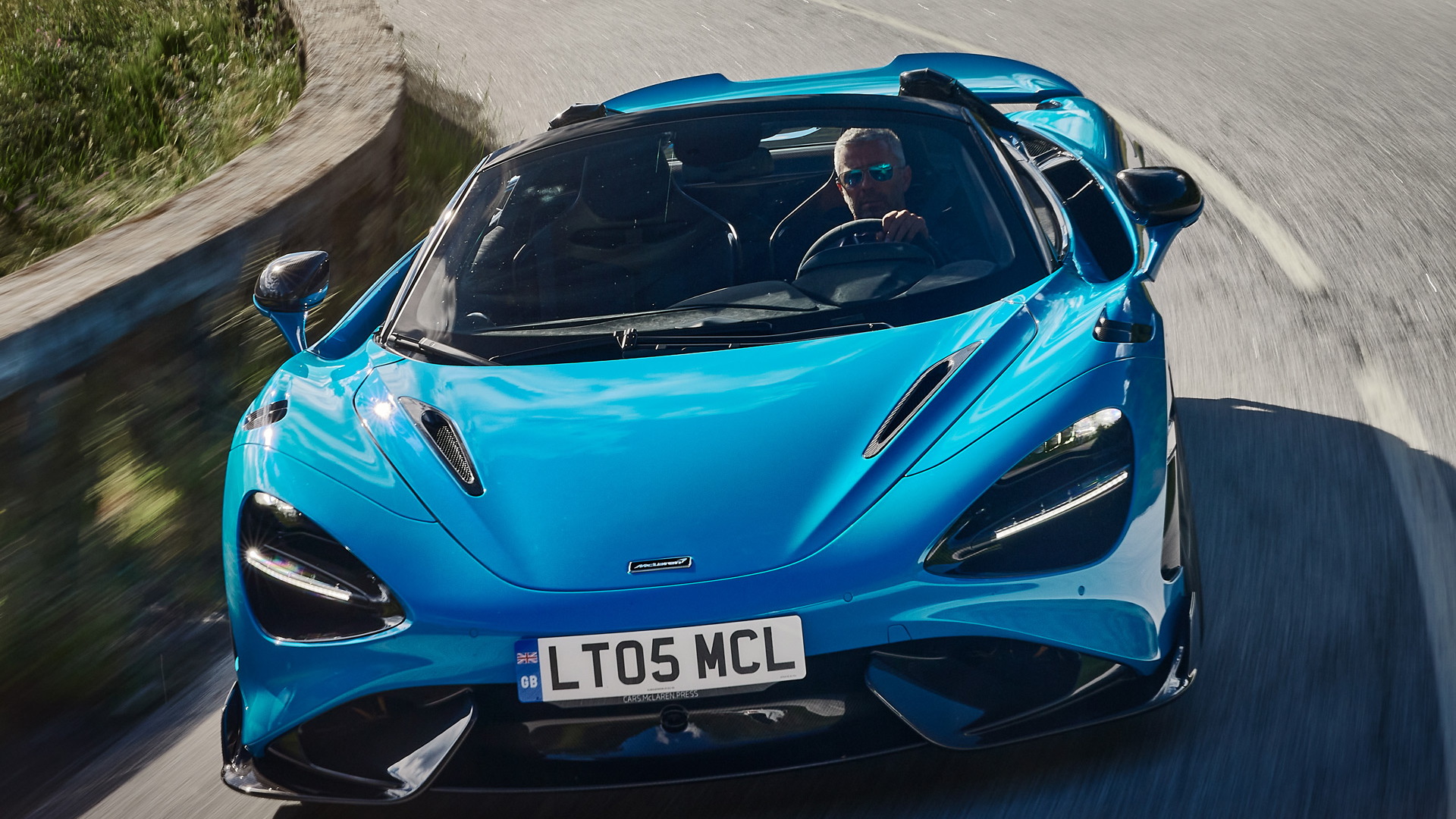 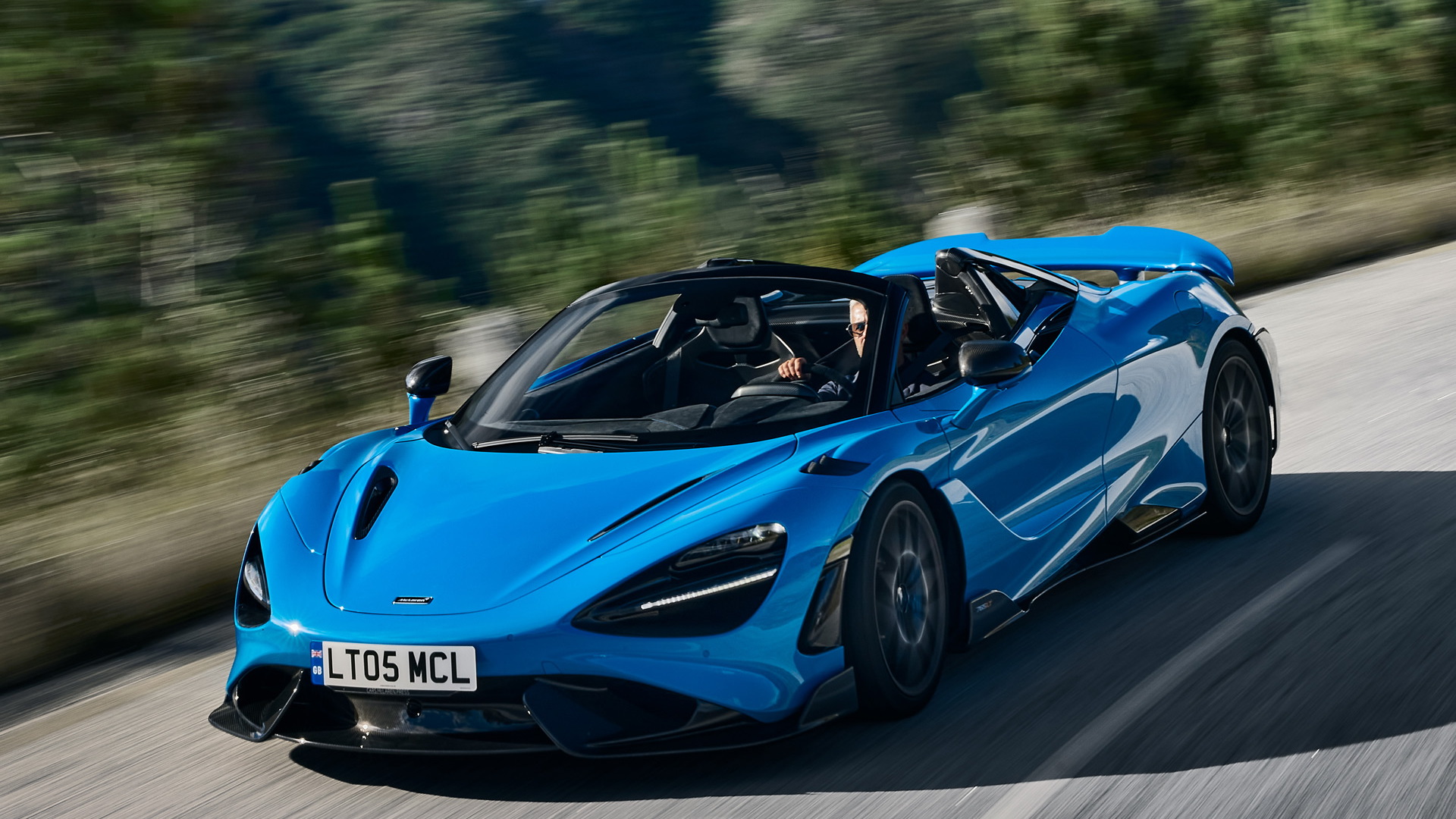 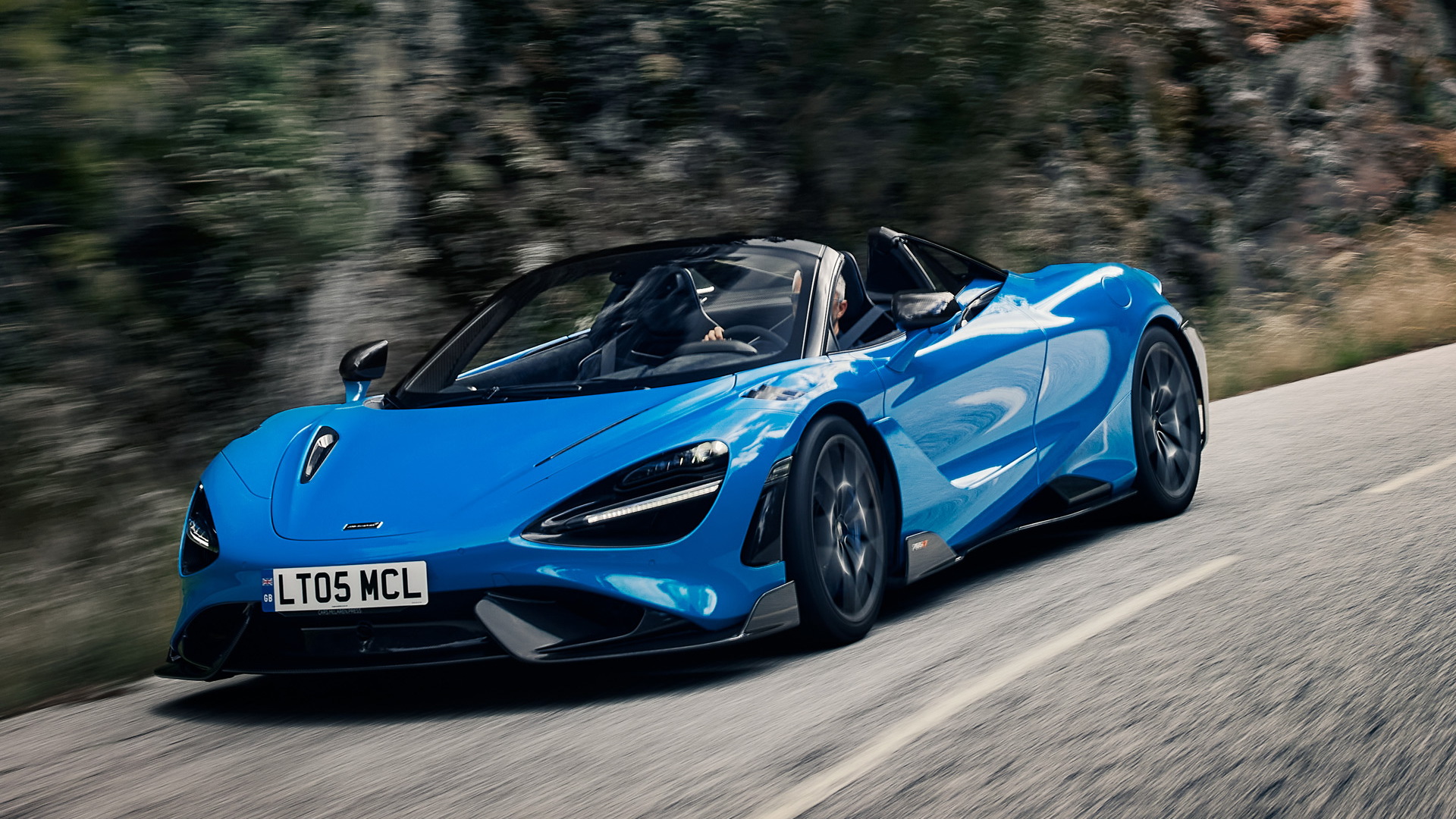 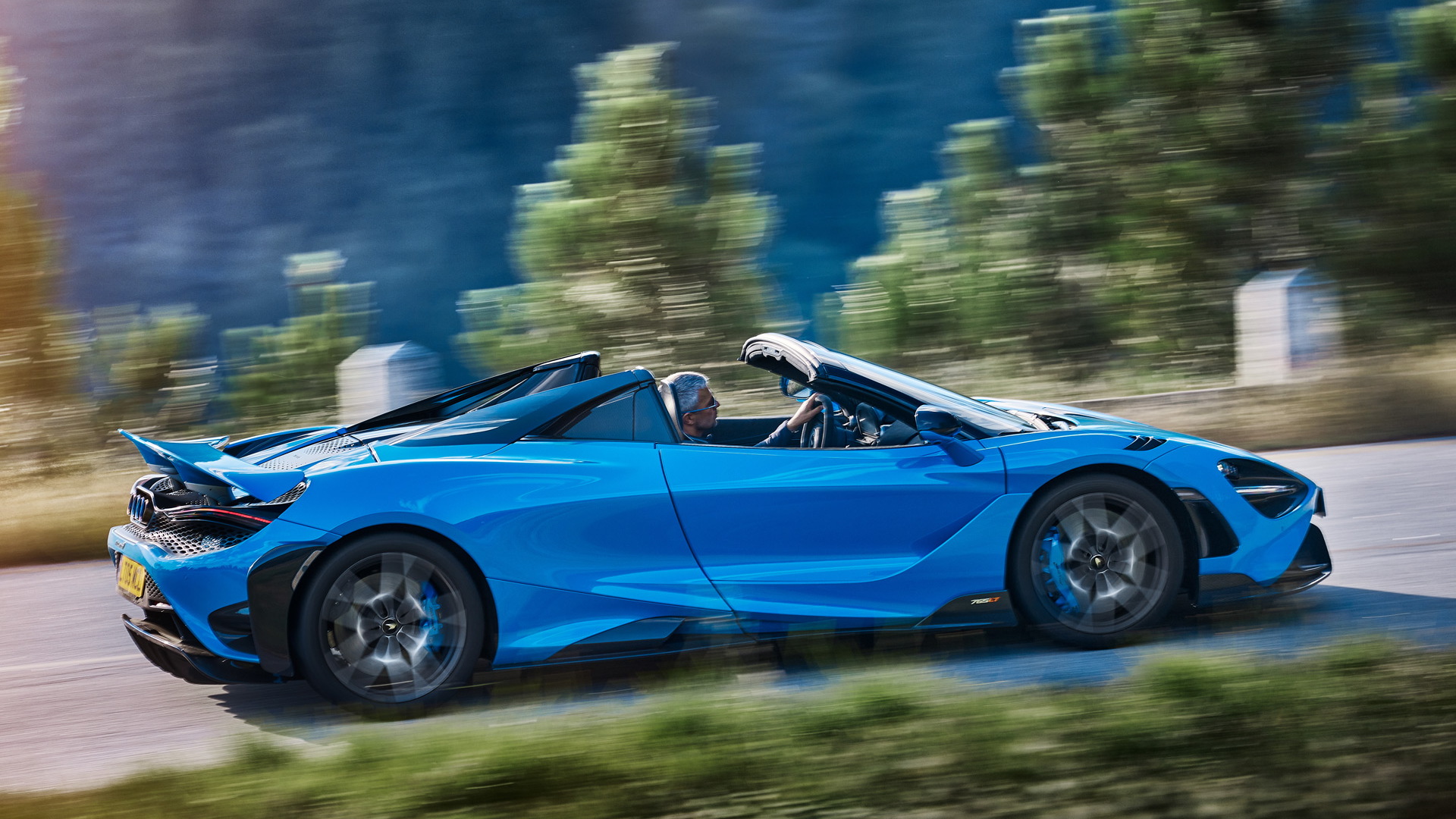 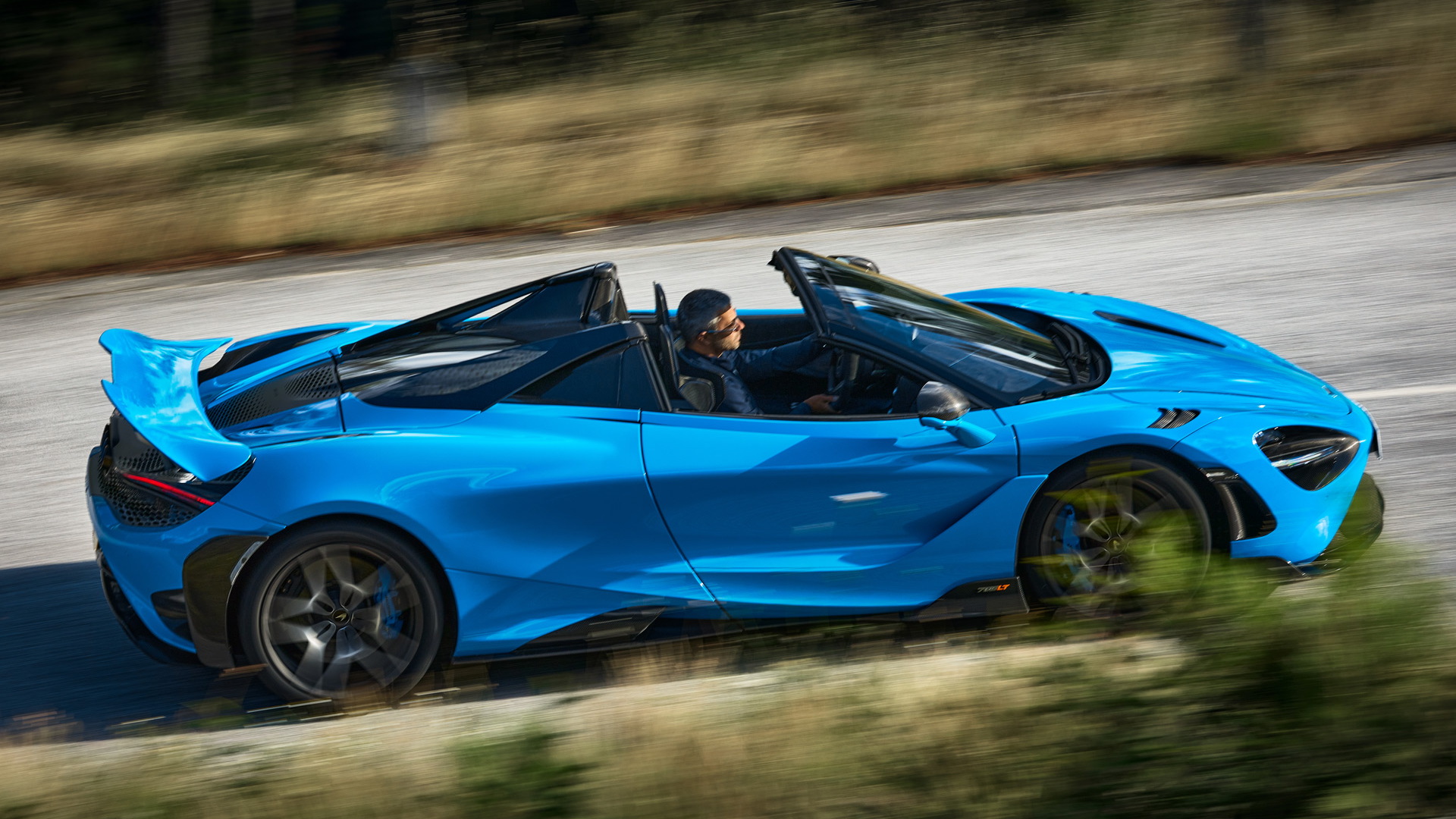 McLaren last year launched a hardcore version of the 720S supercar known as the 765LT, and the automaker on Tuesday added an open-top version in the form of the new 765LT Spider. The car is the spiritual successor to the much-loved 675LT Spider, and it improves upon its predecessor in almost every way.

While the 765LT may be one of McLaren's hardcore Long Tail models, the car's extra length over the 720S actually comes from an extended front splitter as opposed to a stretched rear. The splitter adds 57 millimeters to the overall length. McLaren also increased the track width at the front by 6 mm and lowered the front ride height by 5 mm.

The result of all the modifications is a car that will sprint to 60 mph in 2.7 seconds and 124 mph in 7.2 seconds. The quarter-mile time is 10 seconds and the top speed is 205 mph. Those numbers are fractionally off the performance delivered by the coupe, due to the 765LT Spider weighing 108 pounds more than the coupe due to the roof mechanism. McLaren quotes a curb weight of 3,060 pounds. Helping to keep some of the weight down is a standard titanium exhaust.

Hugging the body is a unique aerodynamic package with the aforementioned front splitter, plus new side skirts, rear diffuser and a larger rear wing. This all helps to achieve 25% more downforce compared to the 720S Spider. McLaren's unique hydraulic suspension system has also been retuned here, using similar settings to the Senna and Speedtail models.

The roof is the retractable hard-top found on the 720S, effectively making the 765LT Spider a coupe when its roof is up. The roof is a one-piece carbon fiber unit that can be lowered or raised in just 11 seconds at speeds of up to 31 mph. Buyers can choose to have an electrochromic glass panel fitted to provide a sense of openness even when the roof is raised.

For the cabin, McLaren replaced some dash and center console elements with lighter carbon fiber units. The automaker also left the carbon fiber floor exposed and deleted things like the air-conditioning and audio systems, though these can be added back should the buyer desire. Buyers can also add a number of special touches offered by the MSO personalization department. One of these is a carbon-fiber steering wheel with a satin finish.

McLaren is offering just 765 build slots for the 765LT Spider worldwide, which matches the number of 765LT coupes. Pricing starts at $382,500.