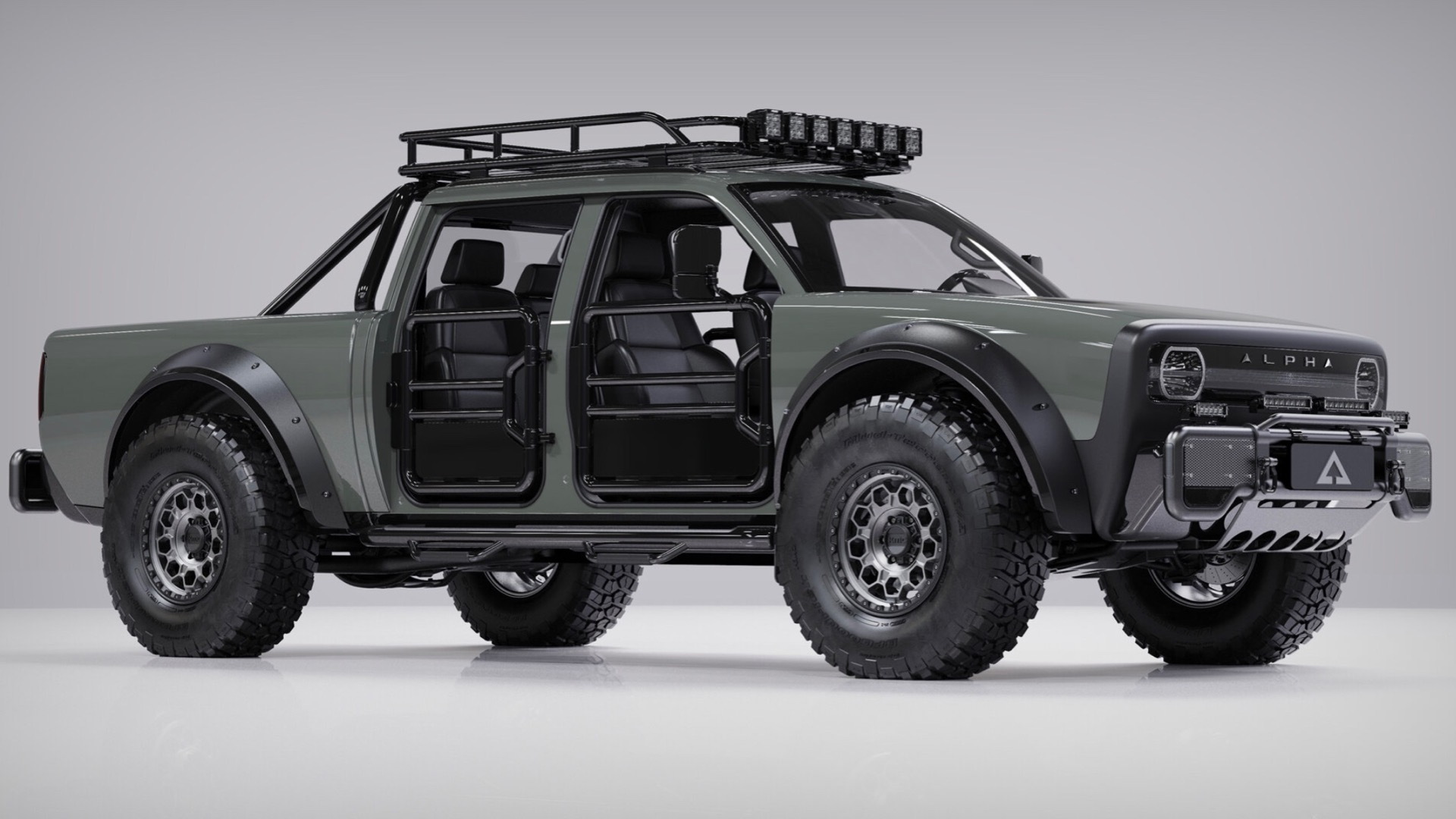 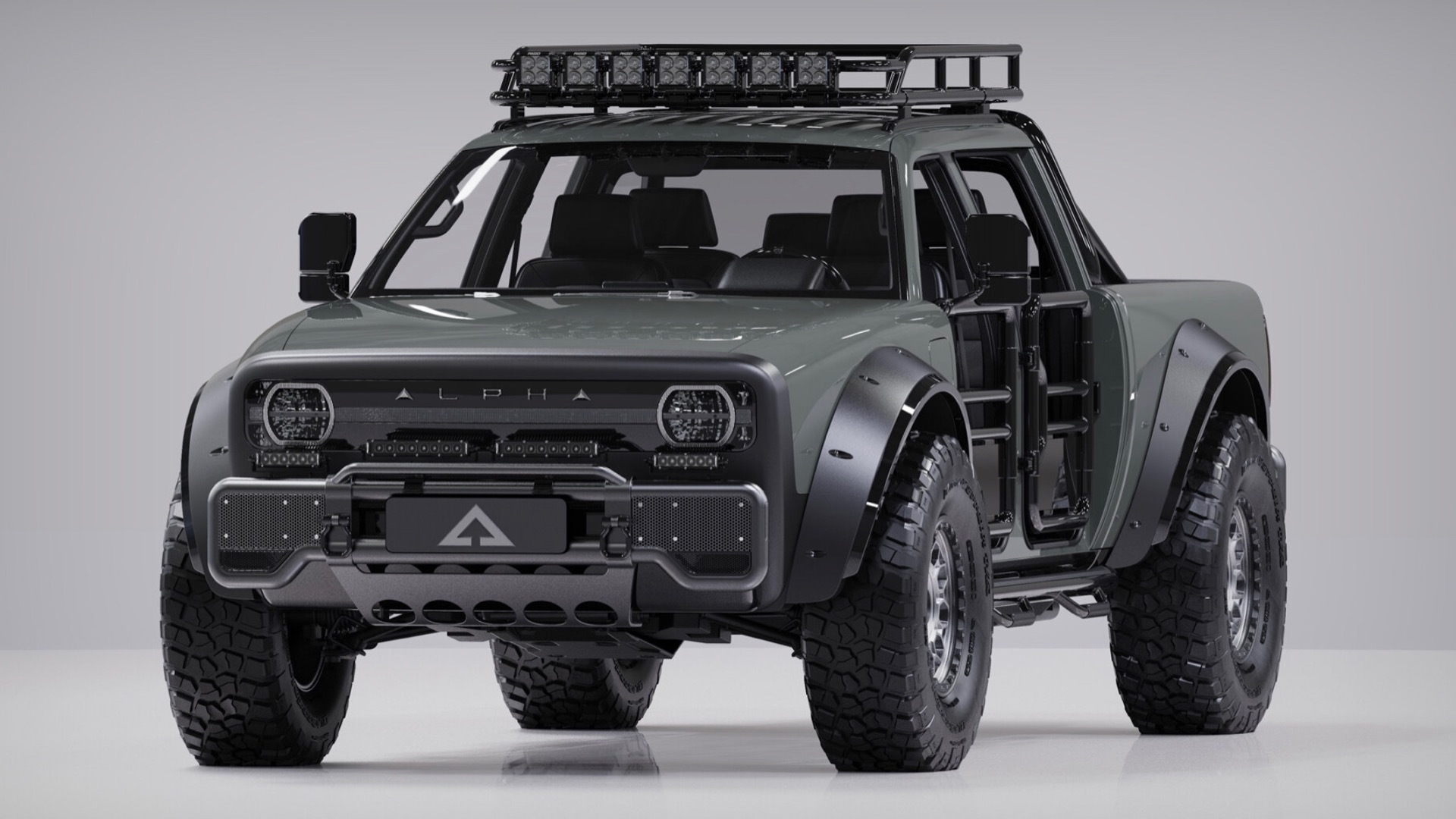 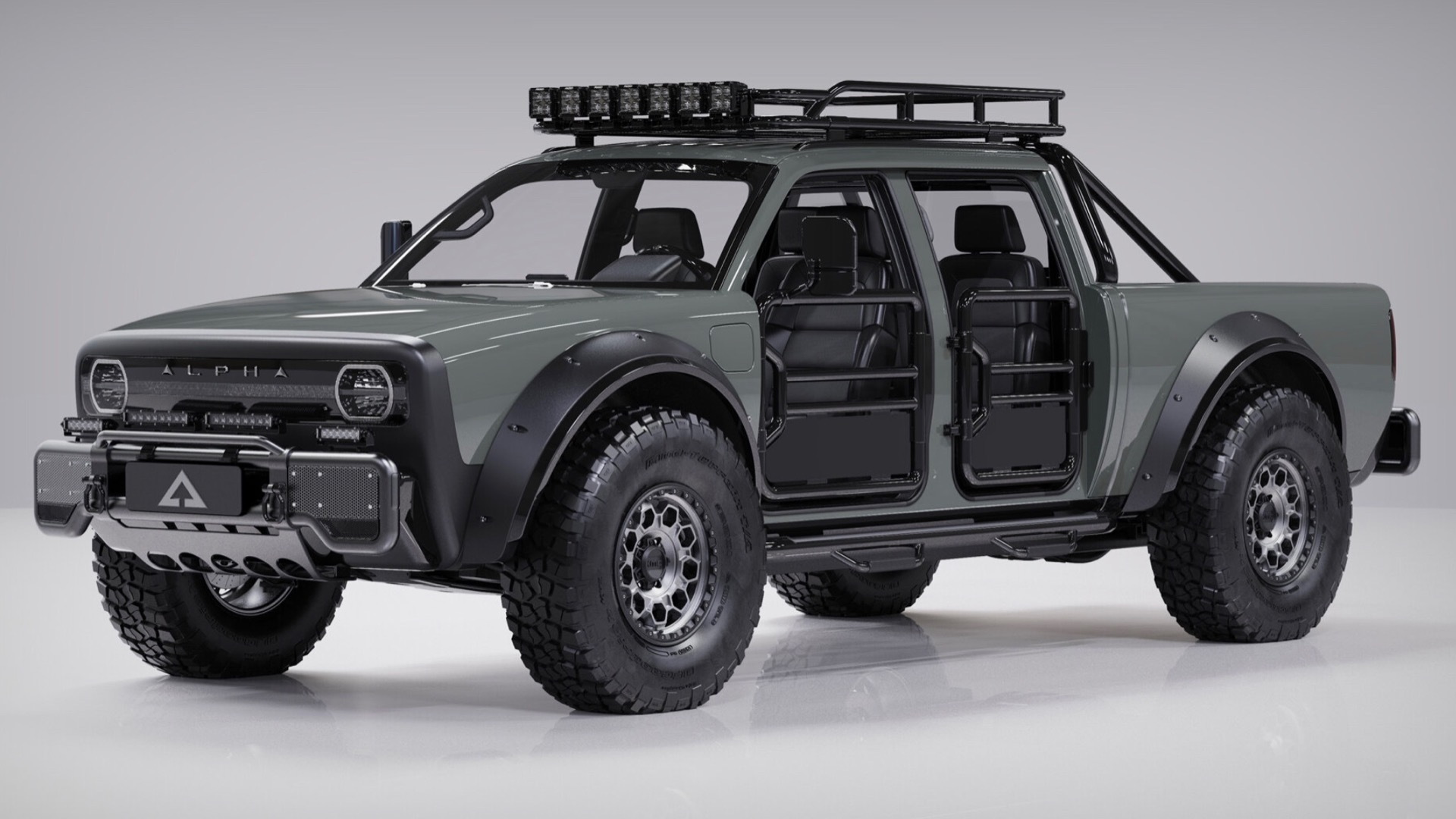 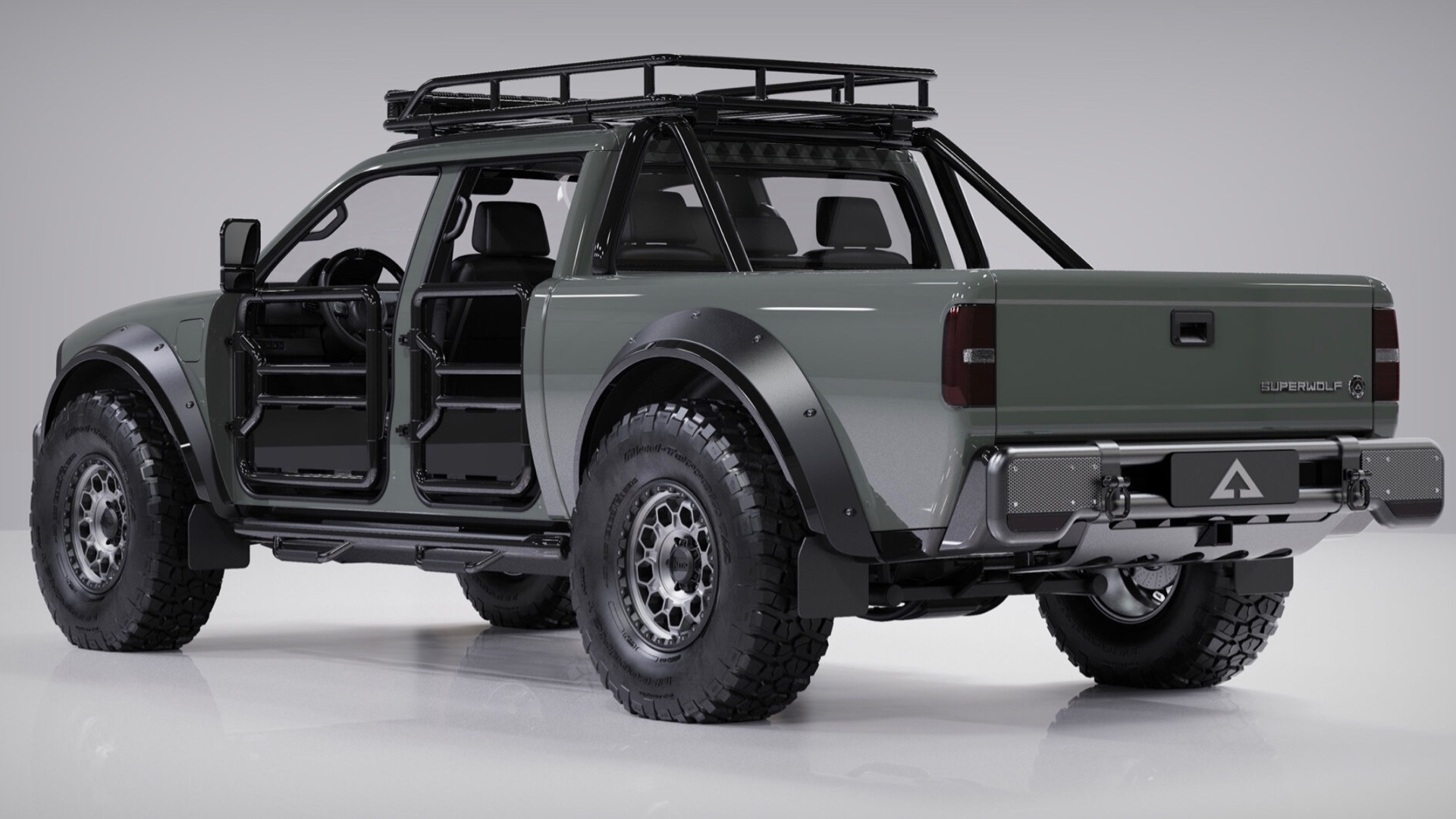 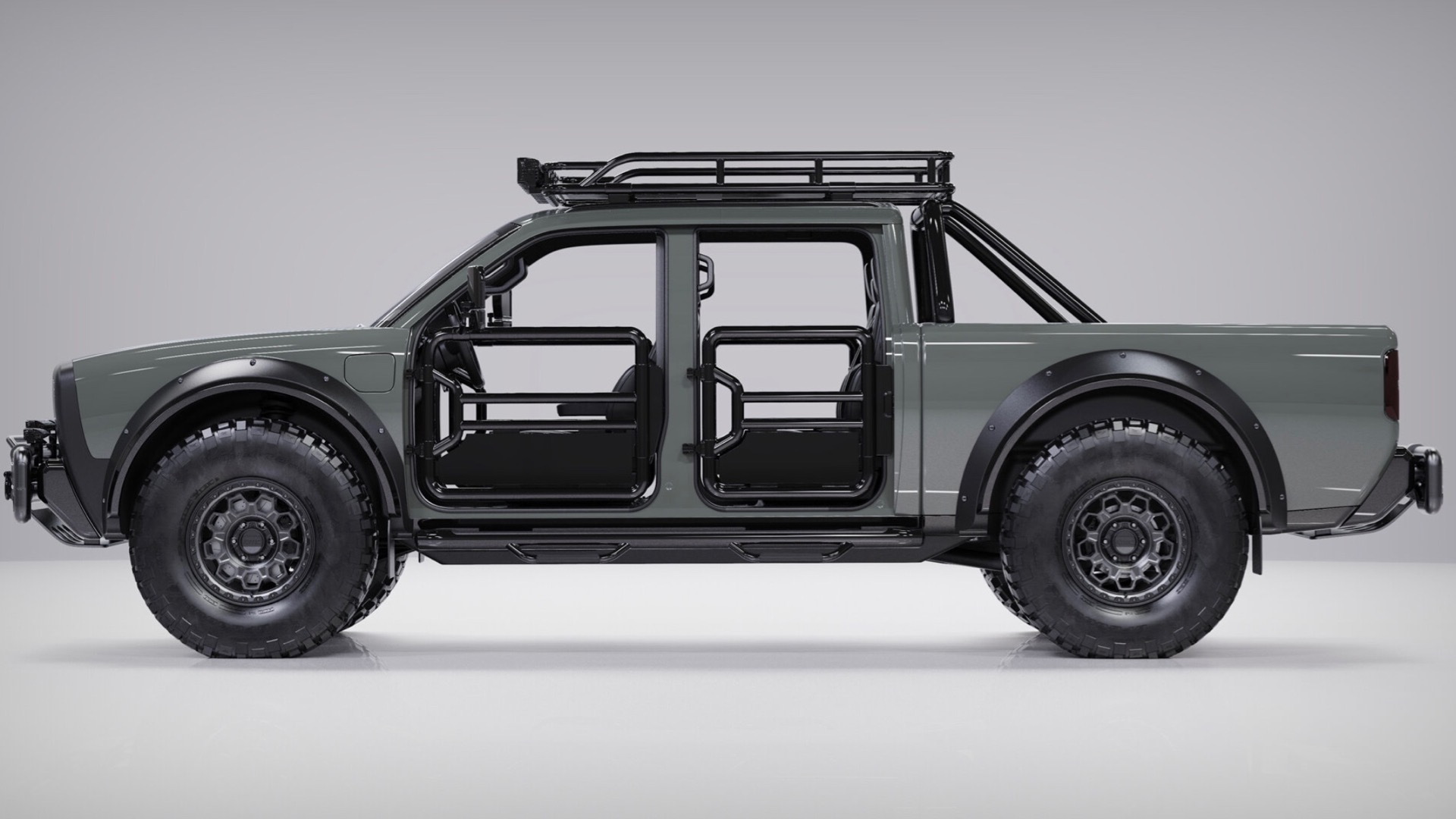 Irvine, California Startup Alpha Motors has unveiled yet another version of its Wolf electric pickup truck, but is still vague on production plans.

First spotted by Motor1, the crew-cab Superwolf is the third version Alpha has shown, along with the extended-cab Wolf+ and the standard Wolf, which has a basic two-door cab. Alpha has also shown the Ace coupe and a more SUV-like version called the Jax.

The main attraction of Alpha's designs is retro styling, which, along with the Wolf's size, makes it a potential successor to the compact pickup trucks like the Isuzu-built Chevrolet LUV (light utility vehicle) of the 1970s.

With electric powertrains, though, Alpha promises modern performance. The startup quotes the same 6,724-pound towing capacity as the Wolf+, as well as an estimated range of 275-300 miles, and 0-60 mph in 6.5 seconds. That's more range the Wolf+, but Alpha said that version can do 0-60 mph in 5.9 seconds.

Alpha is currently taking reservations for the Superwolf, with prices ranging from $48,000 to $56,000 before applicable federal, state, and local incentives. The startup hasn't said when production will start, but previously said production of the Wolf and Wolf+ would begin in 2023.

Several other companies, including both startups and established automakers, are developing electric pickups, but most are larger than Alpha's offerings. The Alpha trucks' closest rival will likely be the Canoo pickup, which is closer in size but with unorthodox styling. Like Alpha, Canoo has said its truck will start production in 2023.