The Tesla Model S Plaid has just started deliveries, and it already has a world record under its belt.

Jay Leno was recently invited to drive the electric super hatch down the dragstrip at Pomona raceway in California, where he managed to run a quarter-mile ET of 9.247 seconds at 152.09 mph. The stunt was filmed for Leno's “Jay Leno's Garage” series and previewed on Saturday during a CNBC news segment.

The time represents a new world record for production cars, with Leno during a June 2 podcast on Spike's Car Radio claiming that people from the National Hot Rod Association were “there to make it official.” 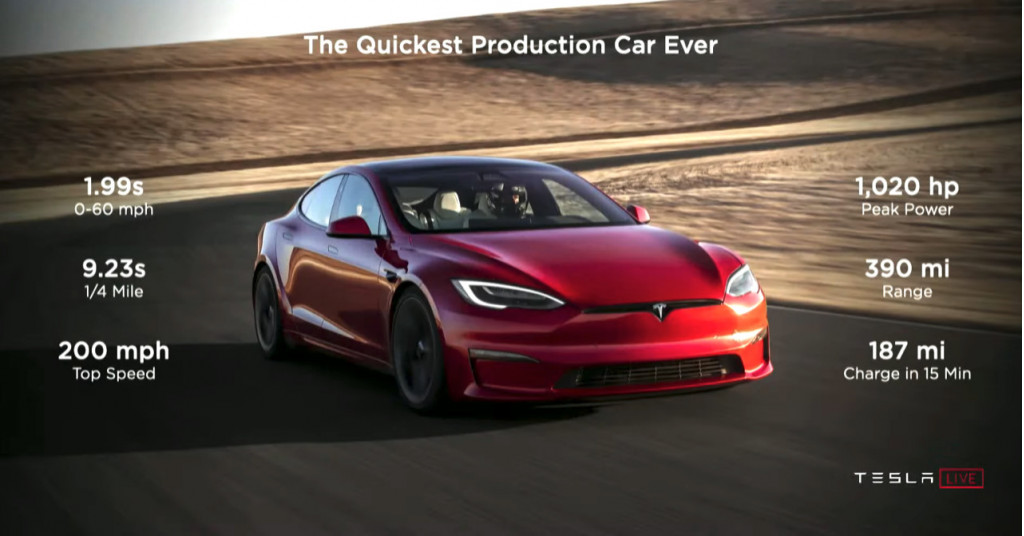 This means the Model S Plaid is quicker than the 2018 Dodge Challenger SRT Demon, which ran the quarter-mile in 9.65 seconds and was banned from the strip by the NHRA for being too fast without additional safety equipment. It's also quicker than the previous record holder, the Bugatti Chiron Sport, which posted a time of 9.4 seconds.

Tesla's claimed quarter-mile time for the Model S Plaid is 9.23 seconds. The company also promises 0-60 mph acceleration in under 2.0 seconds, which would also be a world record.

We should point out that Croatia's Rimac said its Nevera electric hypercar can run the quarter-mile in 8.6 seconds and America's Czinger said its 21C hybrid hypercar can do it in just 8.1 seconds. Granted both of these cost in the vicinity of $2 million and seat only two, whereas the Tesla is a family-sized vehicle priced from $131,190, including destination. 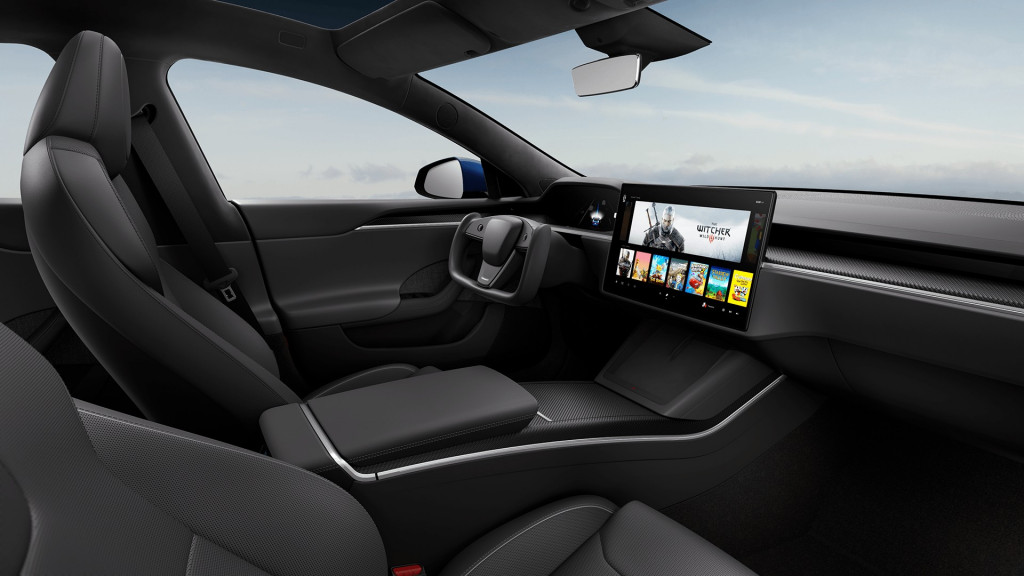 Tesla dropped a bombshell in January when it announced the new Plaid grade for the Model S and Model X as part of a major update for both model lines, an update that also includes an airplane yoke-style steering wheel and no more transmission stalk.

Central to the Plaid models is a new three-motor powertrain that delivers a peak 1,020 hp. In the Model S Plaid, the powertrain will hit its peak 1,020-hp rating at about 60 mph and maintain this all the way to its 200-mph top speed. Tesla estimates the range at 390 miles, and says with high-speed charging approximately 187 miles can be added in 15 minutes.

Tesla previously announced an even quicker Model S Plaid+ with over 1,100 hp, though this model has since been canceled since the regular Plaid is already potent enough, according to Tesla.