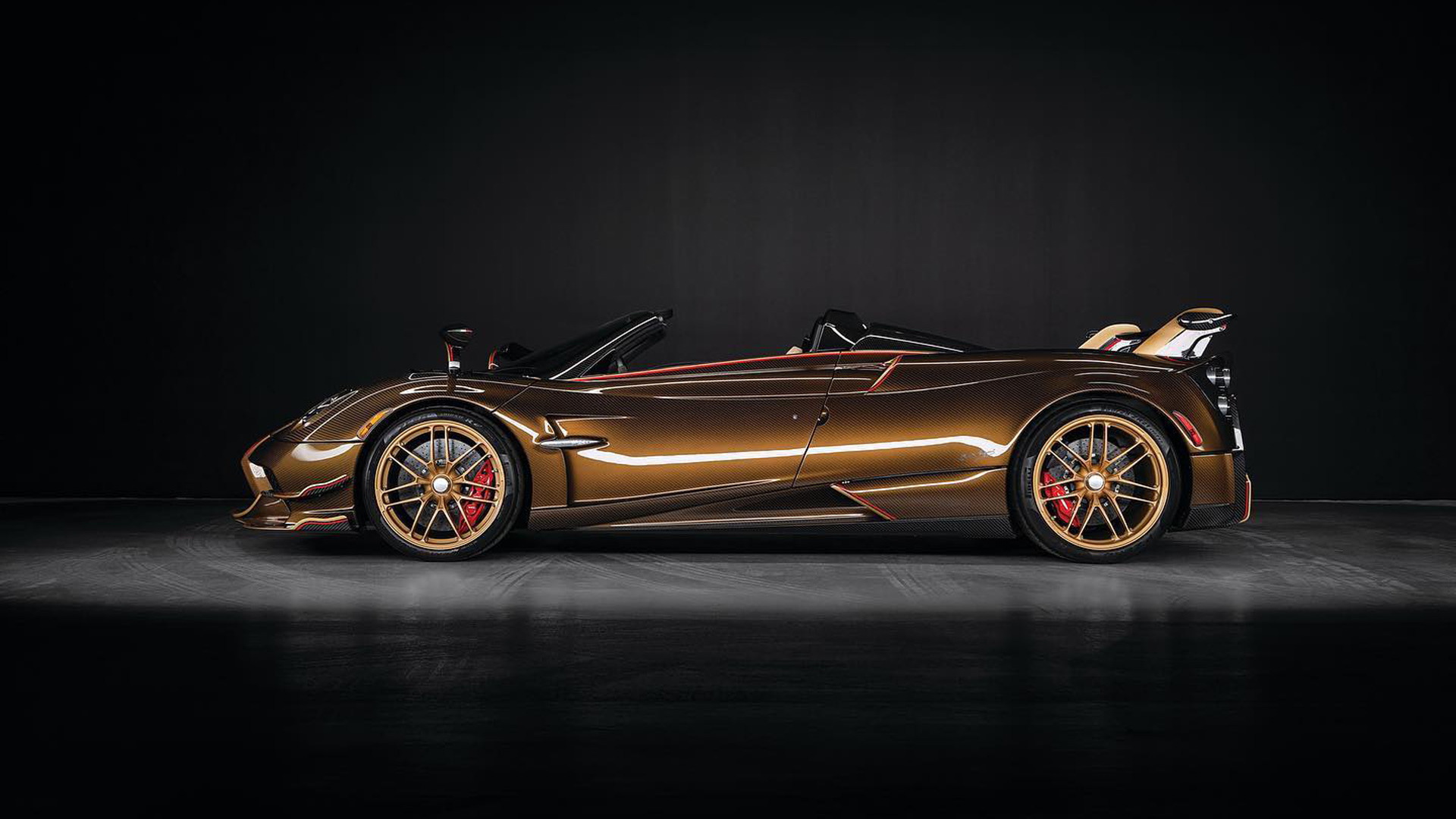 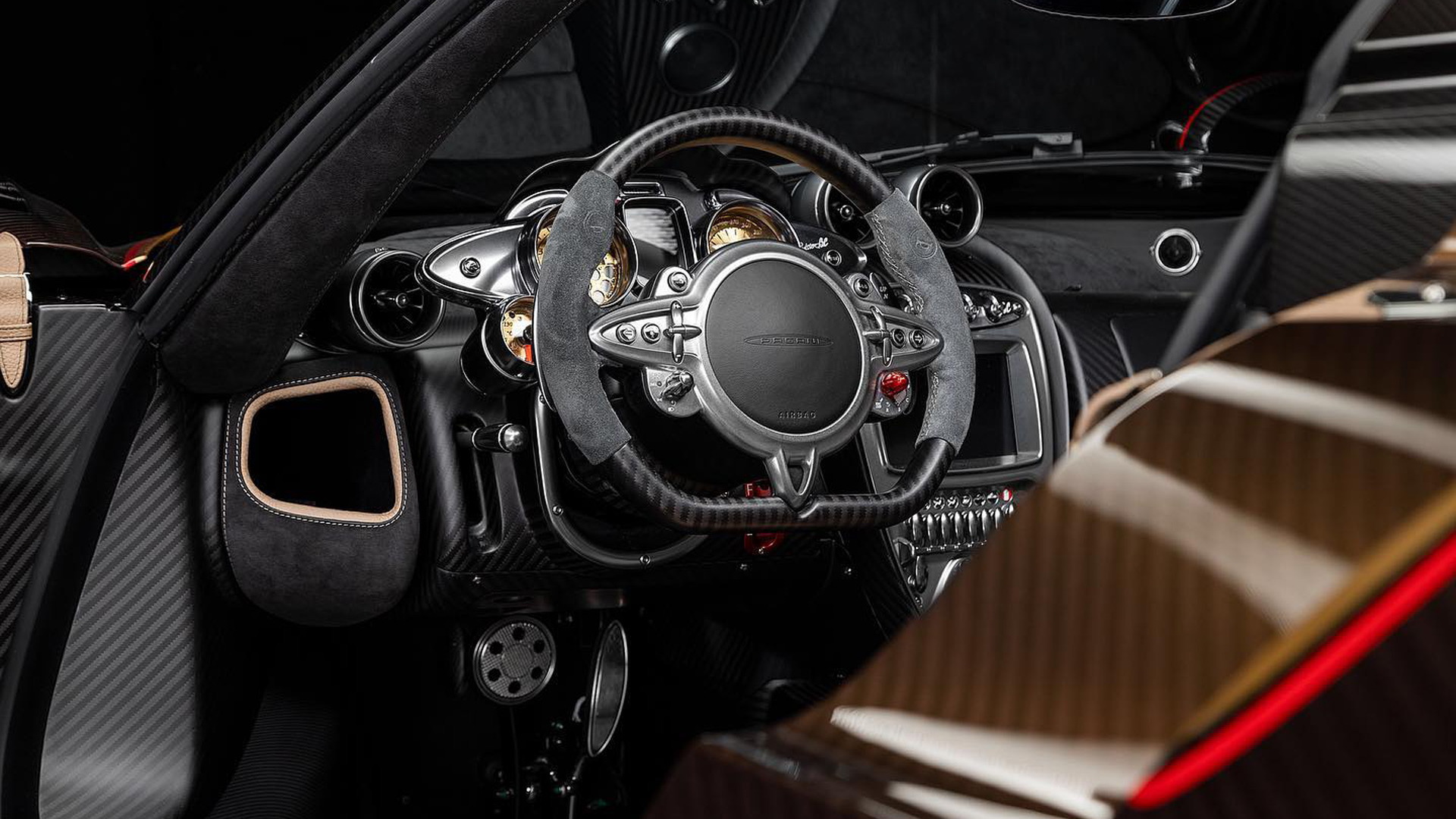 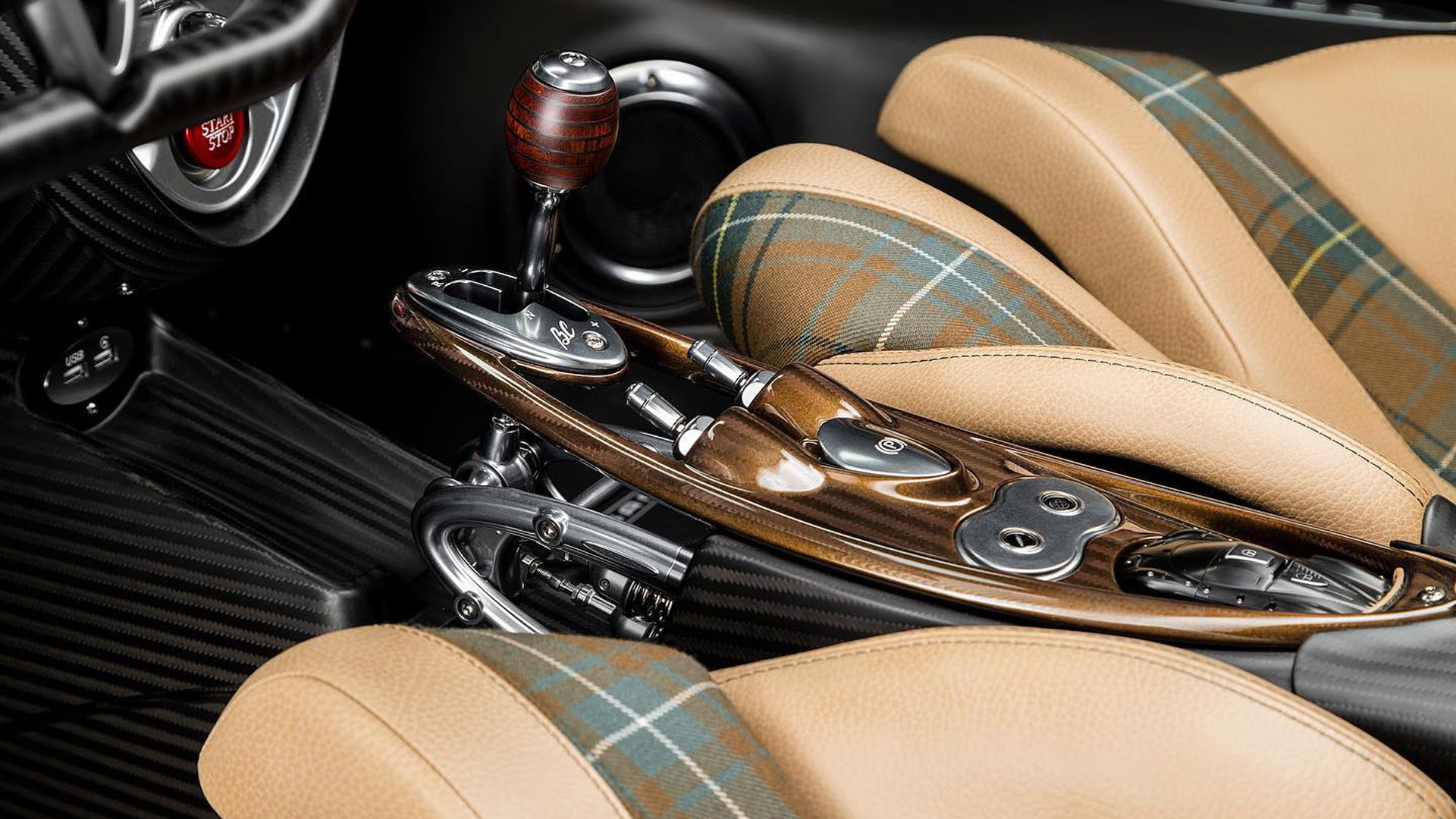 The Pagani Huayra isn't the prettiest of supercars, and it doesn't help that many are ordered in terrible combinations, but the latest example commissioned by OB Prestige Auto in Gatineau, Canada, is one of the more tasteful examples.

Nicknamed the Supernova, the car is one of the Huayra Roadster BC models, and we'd go as far as calling it stunning thanks to its exposed carbon-fiber body which features a unique tint called Ora Rosa. The bronze wheels pair nicely with the color and the subtle red accents streaming the body are also a nice touch.

Likewise, the color combination of the interior is also tasteful. The look is warm and inviting thanks to brown leather with tartan inserts on the seats in combination with exposed carbon fiber and gray Alcantara on other surfaces. The Ora Rosa of the exterior also features on just a few points, helping to maintain the restrained look.

The Huayra Roadster BC was unveiled in 2019 and is being built in a run of 40 cars, or double the number of Huayra BC coupes. In case you've forgotten, the BC is a more hardcore version of the Huayra. The name comes from the initials of Benny Caiola, Pagani's first customer and a close friend of Pagani founder and namesake Horatio Pagani. Incidentally, Mr. Pagani helped pick out the spec of this particular car.

The Huayra Roadster BC weighs about 66 pounds less than the regular Huayra Roadster, and it also packs a more powerful version of the Mercedes-Benz AMG-sourced 6.0-liter twin-turbocharged V-12 that powers all Huayras, apart from the recently revealed Huayra R track special which packs a naturally aspirated AMG V-12.

In the Huayra Roadster BC, you're looking at 790 hp and 774 lb-ft of torque, with all of that oomph channeled to the rear wheels via a 7-speed automated manual transmission from Xtrac. The transmission is claimed to shift gears twice as fast as the unit in the regular Huayra Roadster. We’re talking just 75 milliseconds here.

Pagani hasn't provided any performance numbers for the car but you're probably looking at a 0-60 mph time in around three seconds and a top speed of over 200 mph.

Build slots for the Huayra Roadster BC are probably all gone but the original price for the car was $3.4 million.