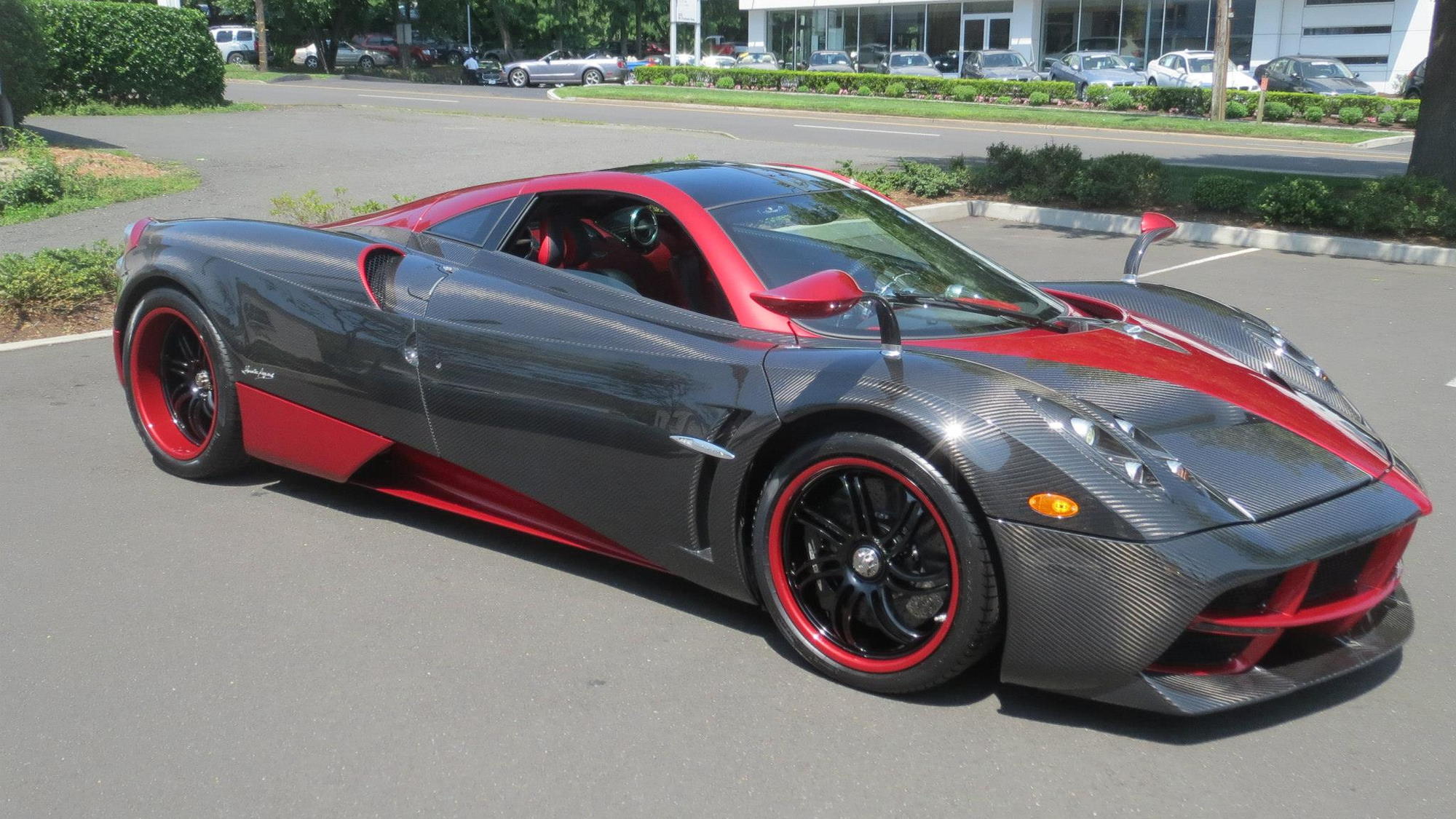 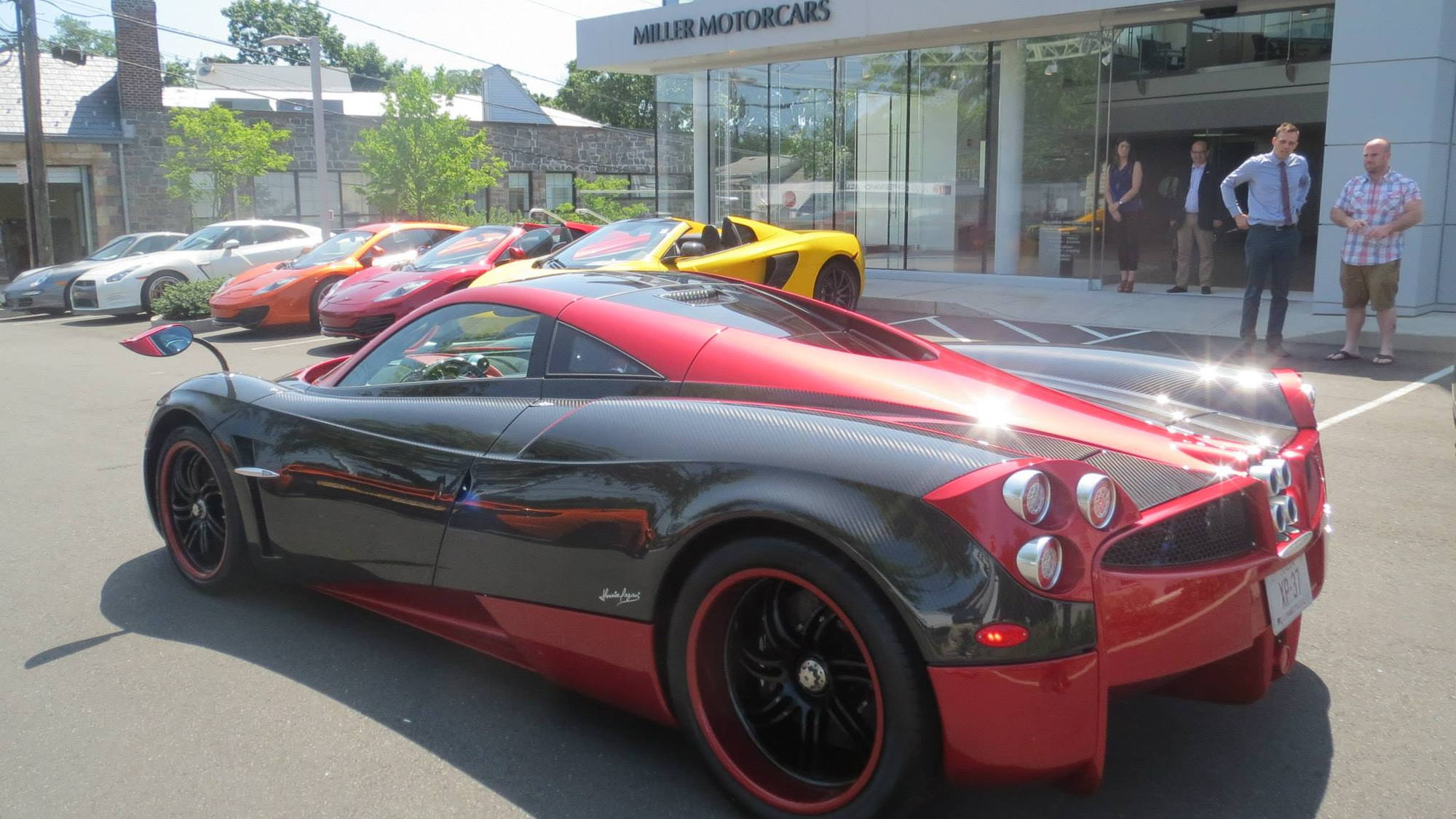 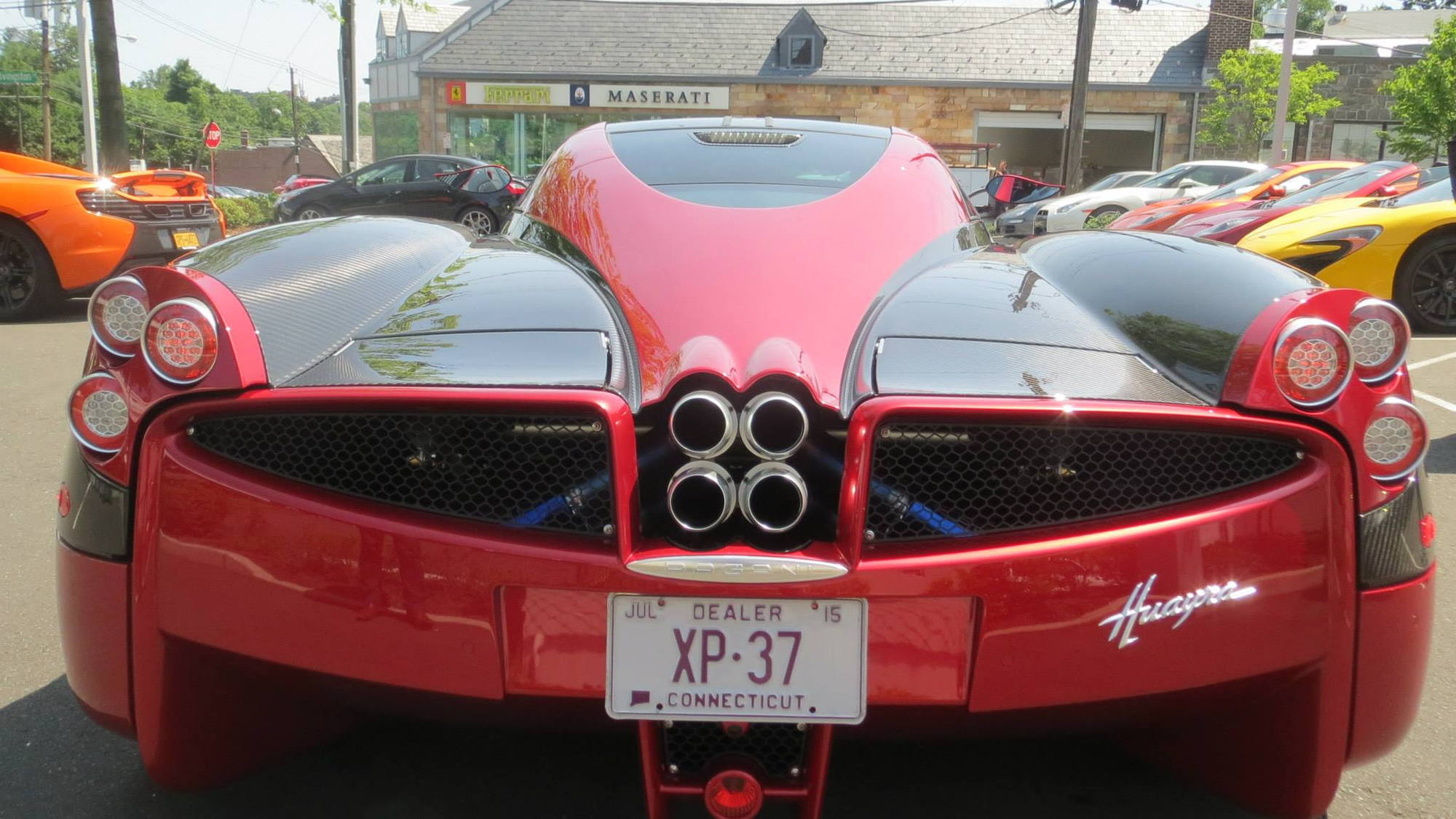 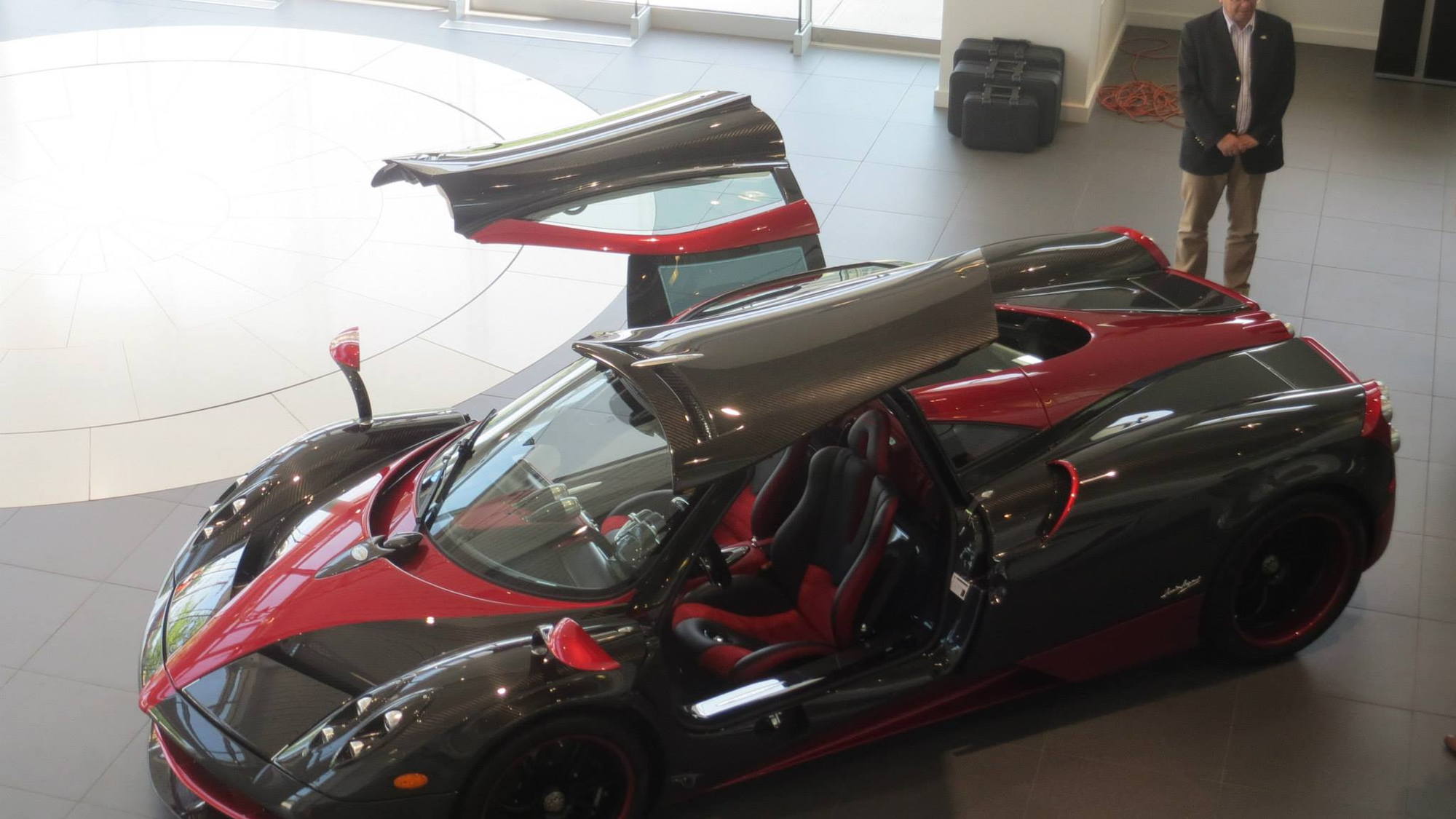 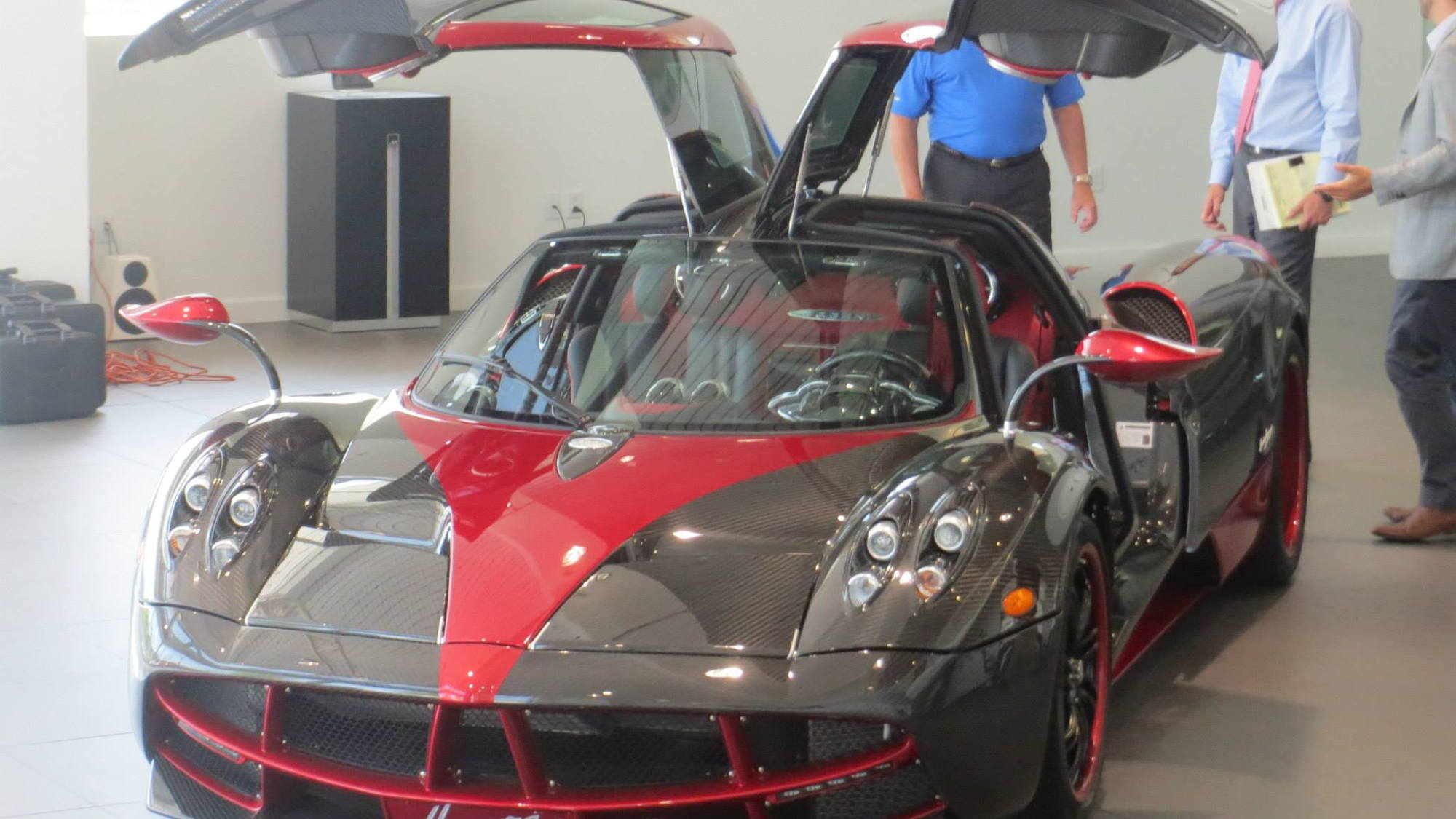 Though it’s hard to believe, the Pagani Huayra supercar has been around for years now. Its presence in the U.S. was once a sure thing, then somewhat in doubt, and now appears to be verified with one of the first known U.S. customer deliveries.

Finished in a bold combination of deep red and bare carbon fiber, the Huayra was delivered by Miller Motorcars of Greenwich Connecticut. No other information about the delivery, or the buyer, has been revealed by Miller as yet.

The delivery comes just over a month after the brand’s official launch in North America, announced in early June. Despite the first delivery just occurring this week, the boutique supercar builder has said the U.S. accounts for about 40 percent of Huayra sales—so expect to see a large handful of these cars on the roads soon.

The red-and-black Huayra is sure to turn heads wherever its buyer takes it. Gullwing doors, insectoid side mirrors, the stunning exterior look, and, of course, the bark of the twin-turbocharged, 6.0-liter AMG V-12 engine and its 700-horsepower, 811-pound-feet output are all geared toward making a scene.

And that’s before you even get behind the wheel and drive it.