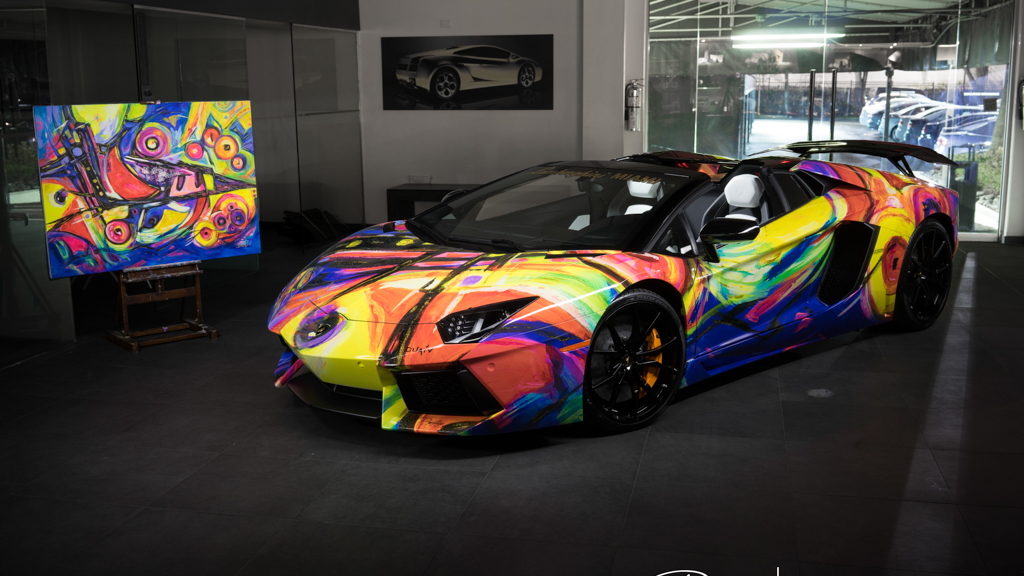 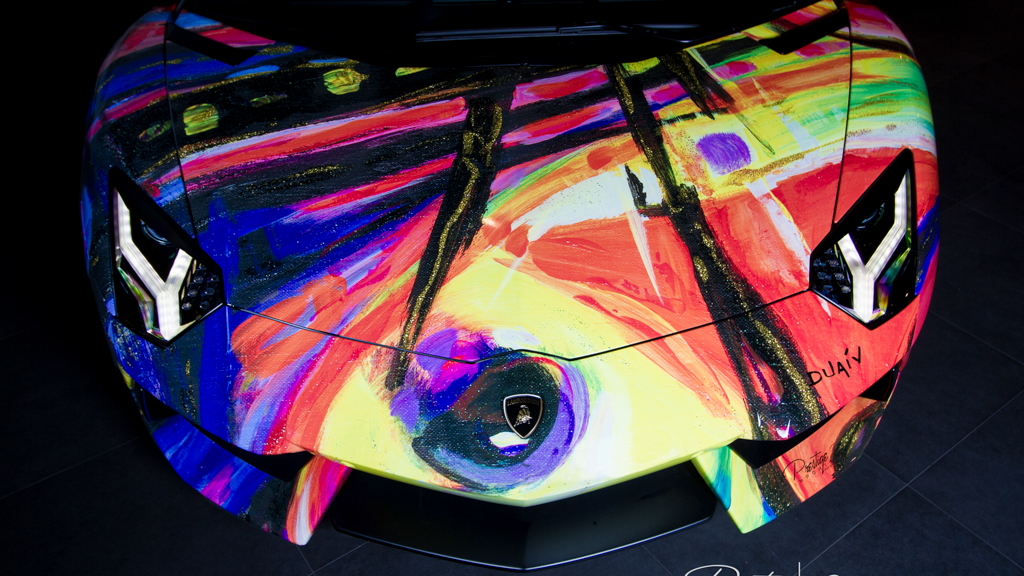 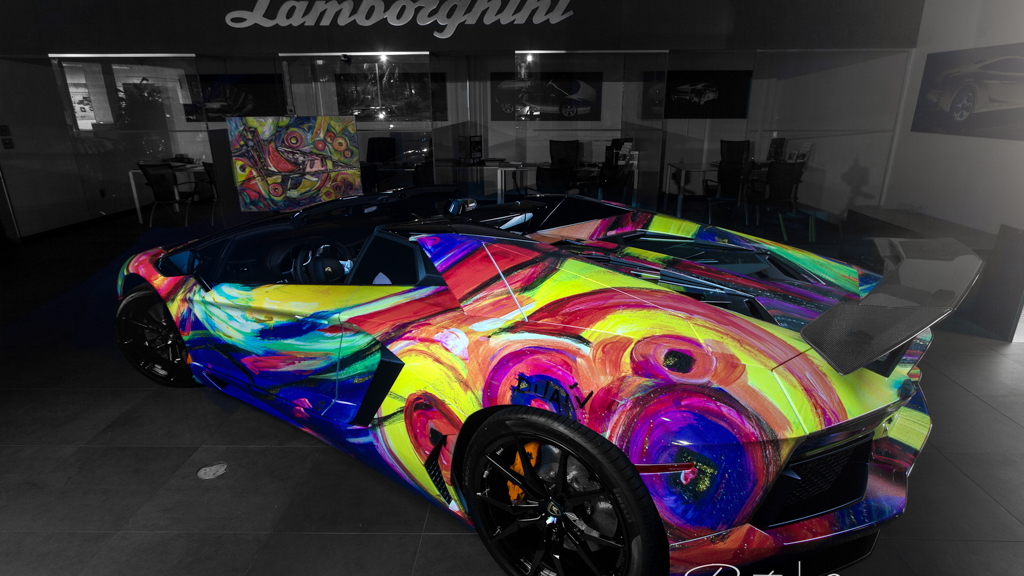 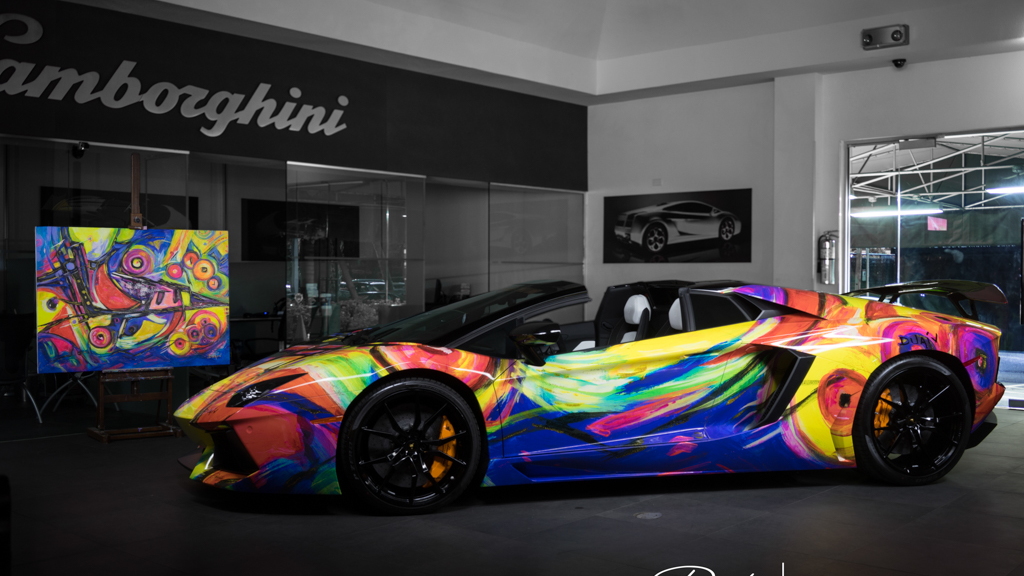 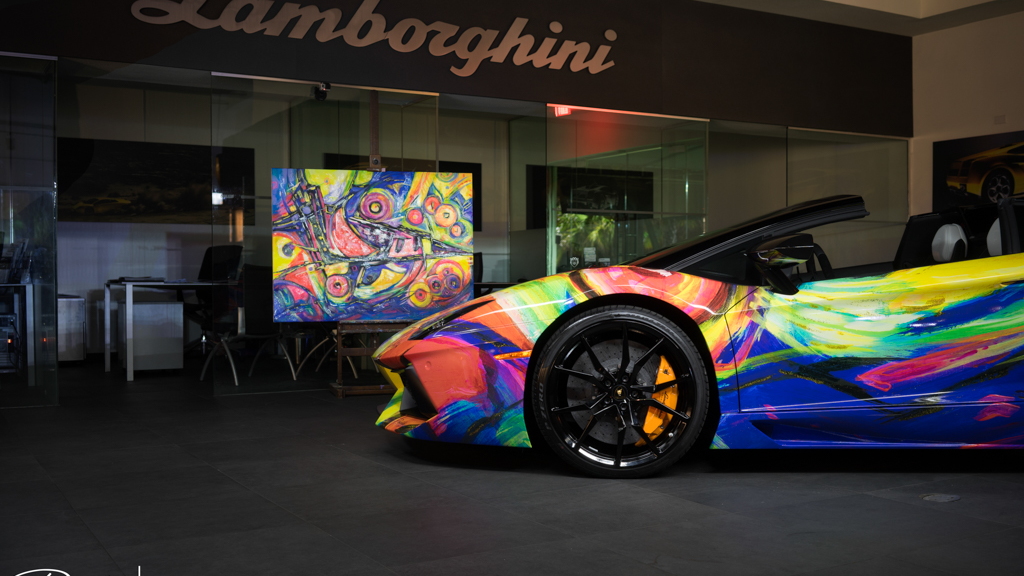 You may not know who French musician and painter Duaiv is, but you will certainly remember him now. Armed with fierce creativity and unique vision Duaiv has created one of the most striking art cars in recent memory, using the Lamborghini Aventador Roadster as his canvas.

Envisioned as a transposition of one of his paintings, the art car is not painted, but covered in a custom wrap, according to DuPont Registry. The only other customization to the car is a Novitec rear spoiler for extra visual impact.
Unlike some of the more … extreme wraps that have graced Lamborghinis in recent years, this example, translated from the canvas to the car, makes for a truly delightful marriage of automotive and artistic inspiration.

WATCH: Nürburgring Proves Too Much For Tesla model S: Video

This isn’t Duaiv’s first automotive creation, with a Ferrari FF and a 458 Italia having borne his work in the past. But the Aventador’s look is the most striking yet, and one that’s sure to bring attention wherever it goes.