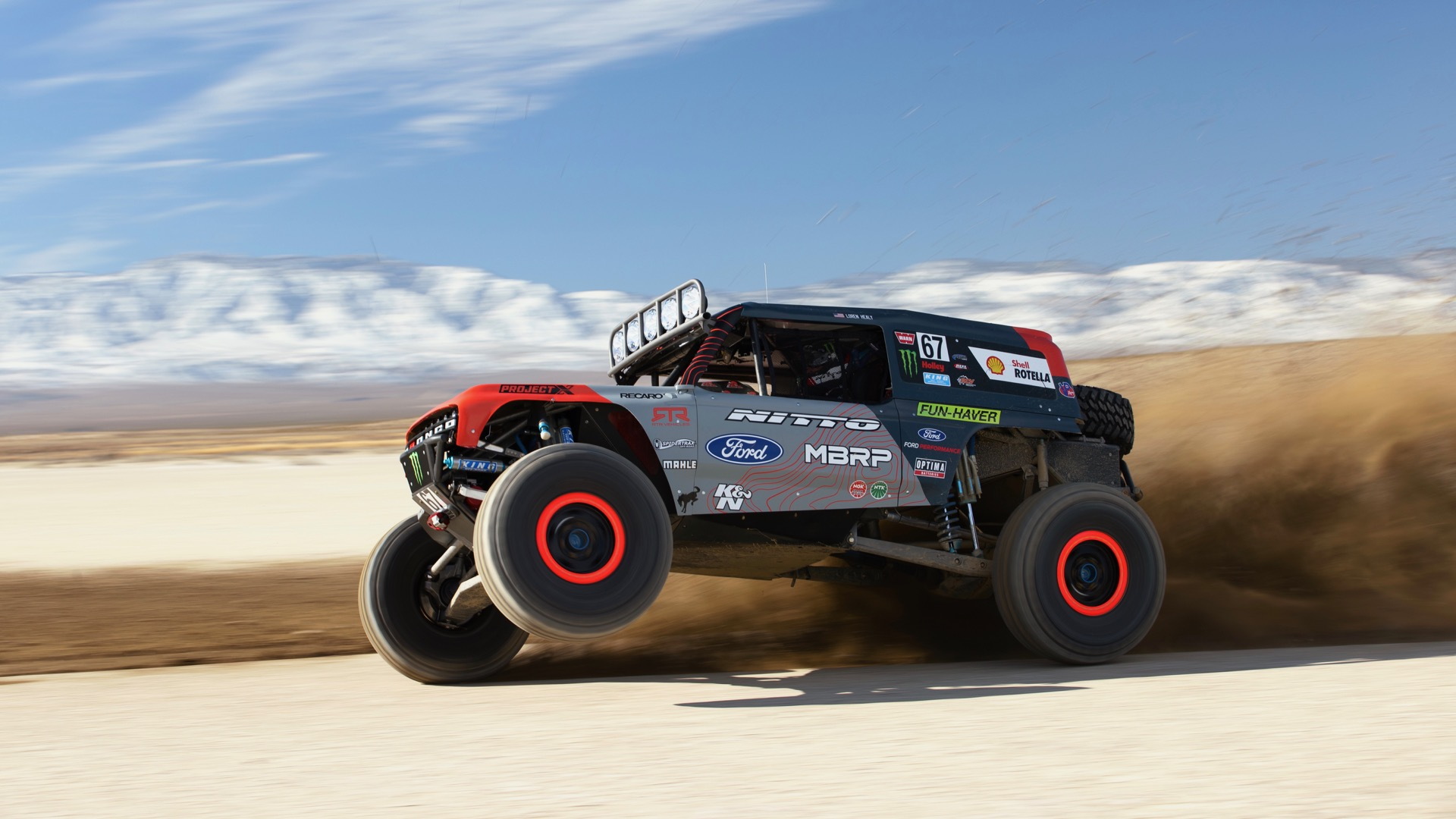 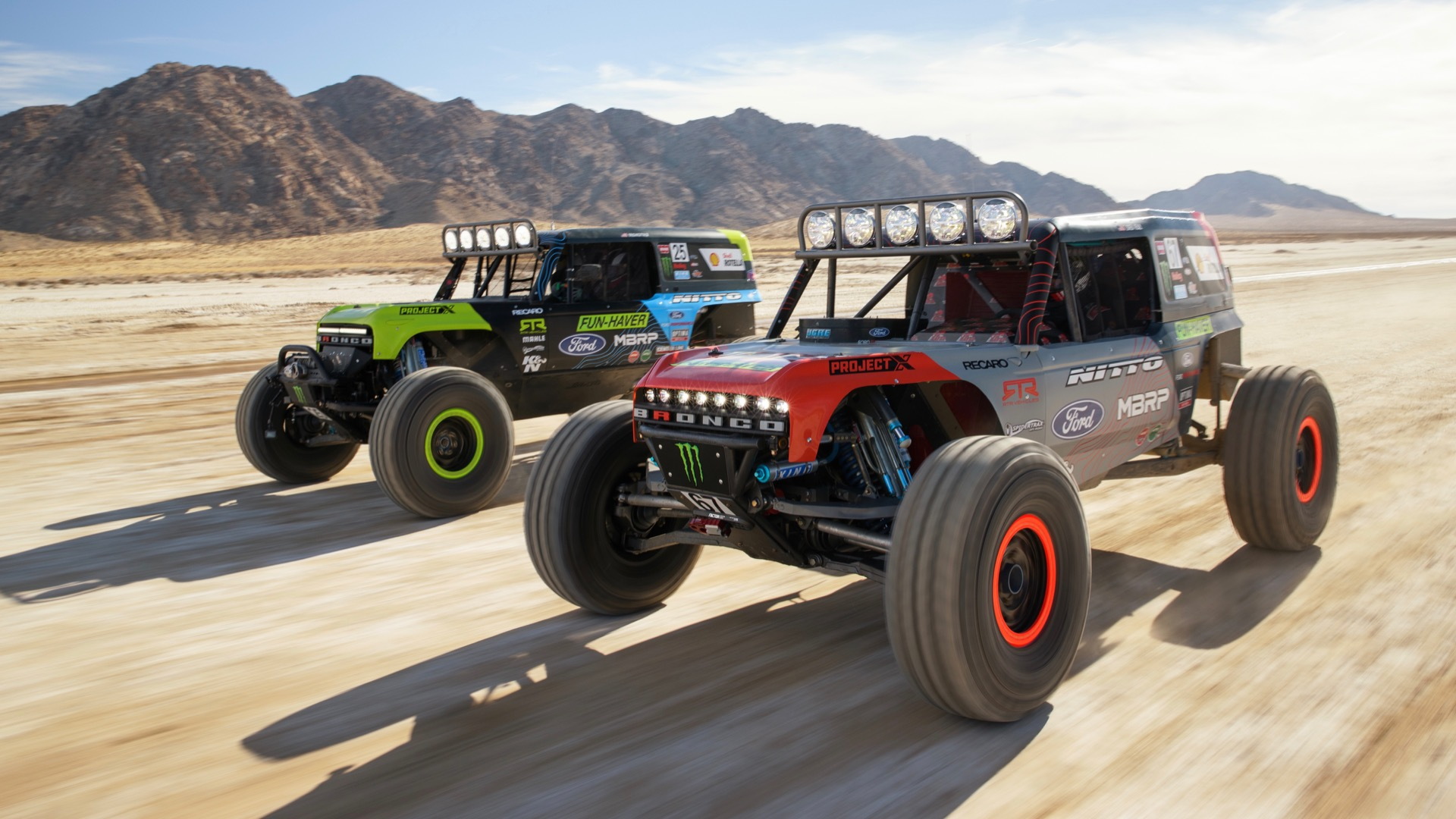 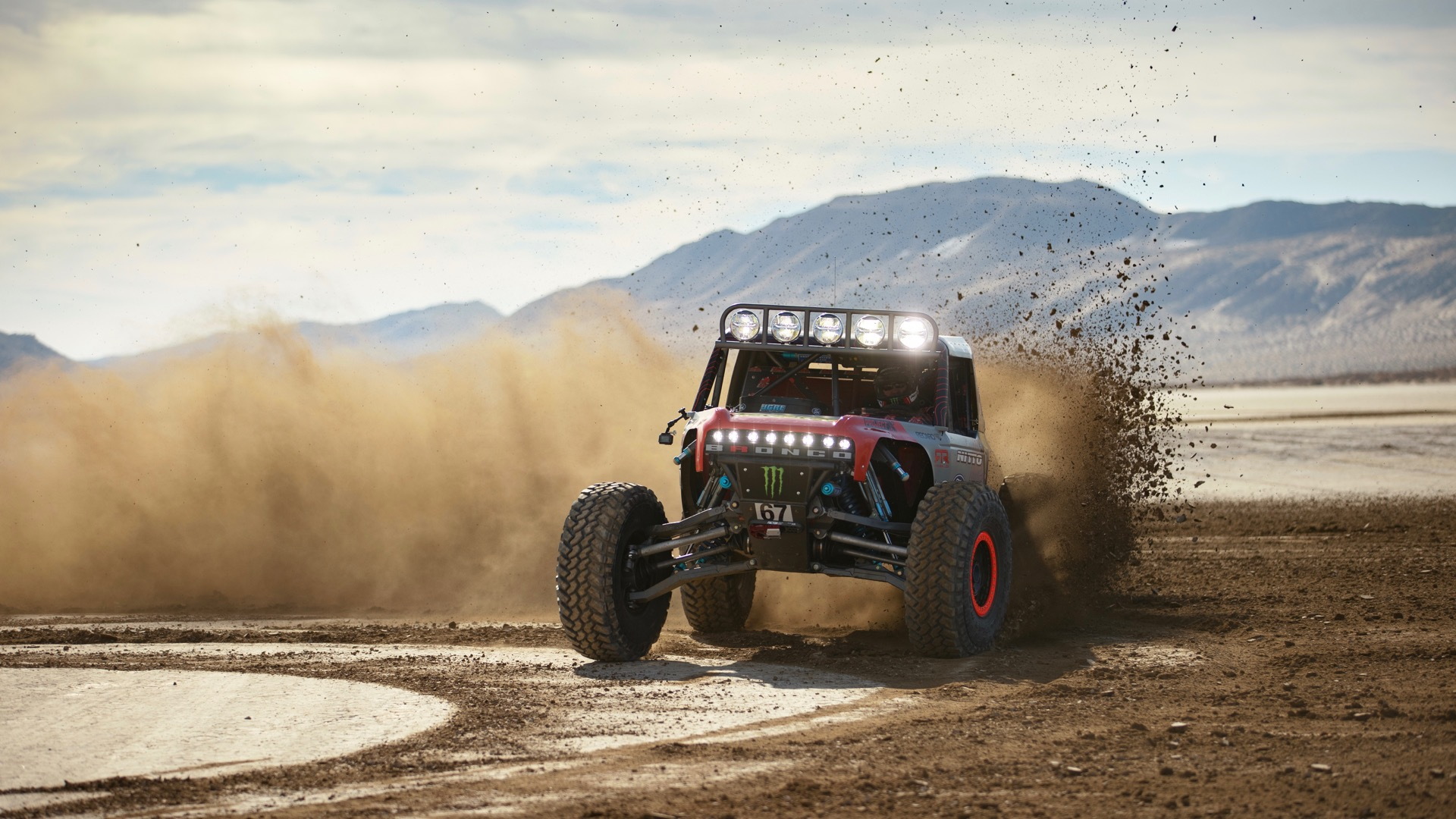 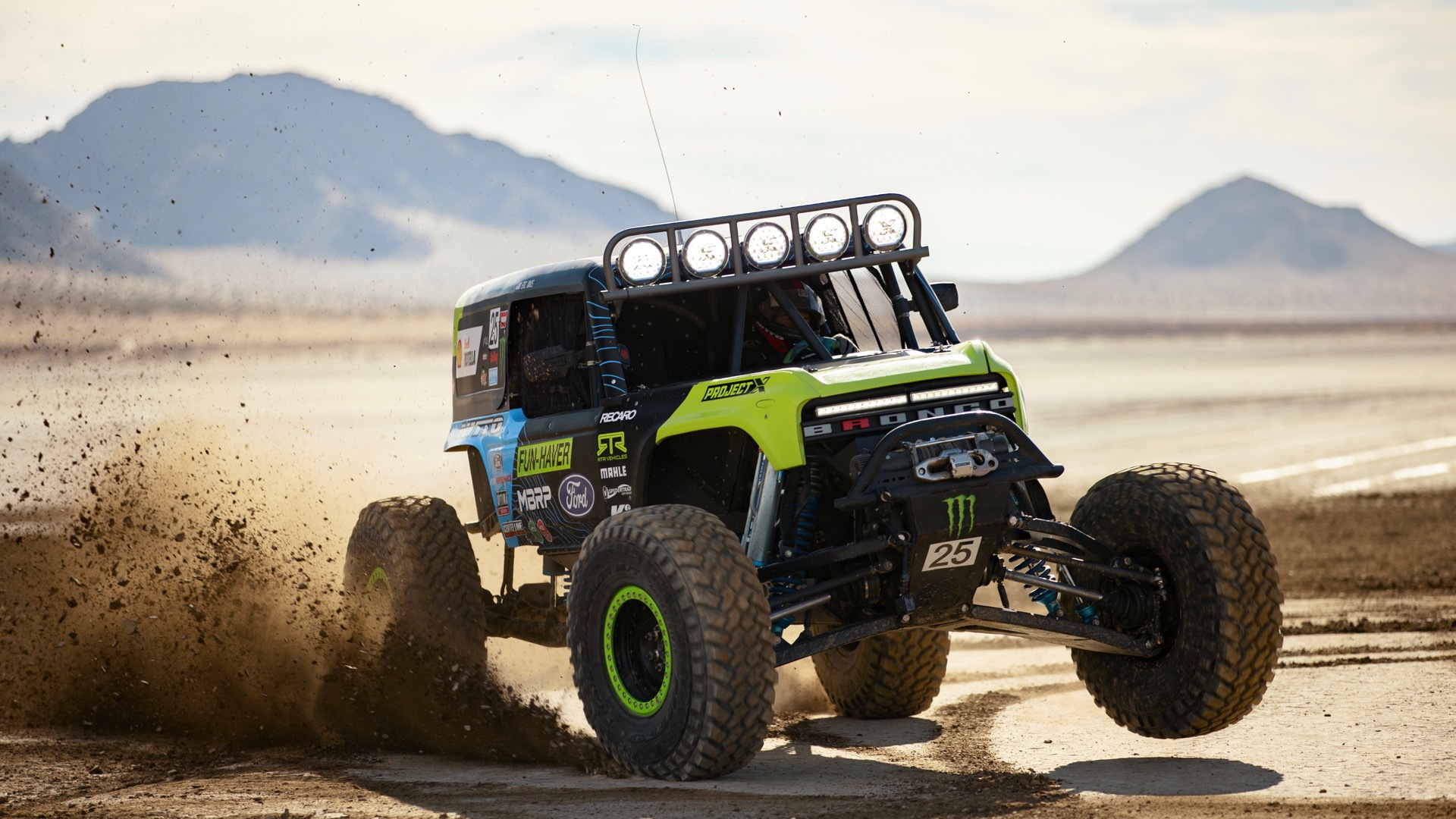 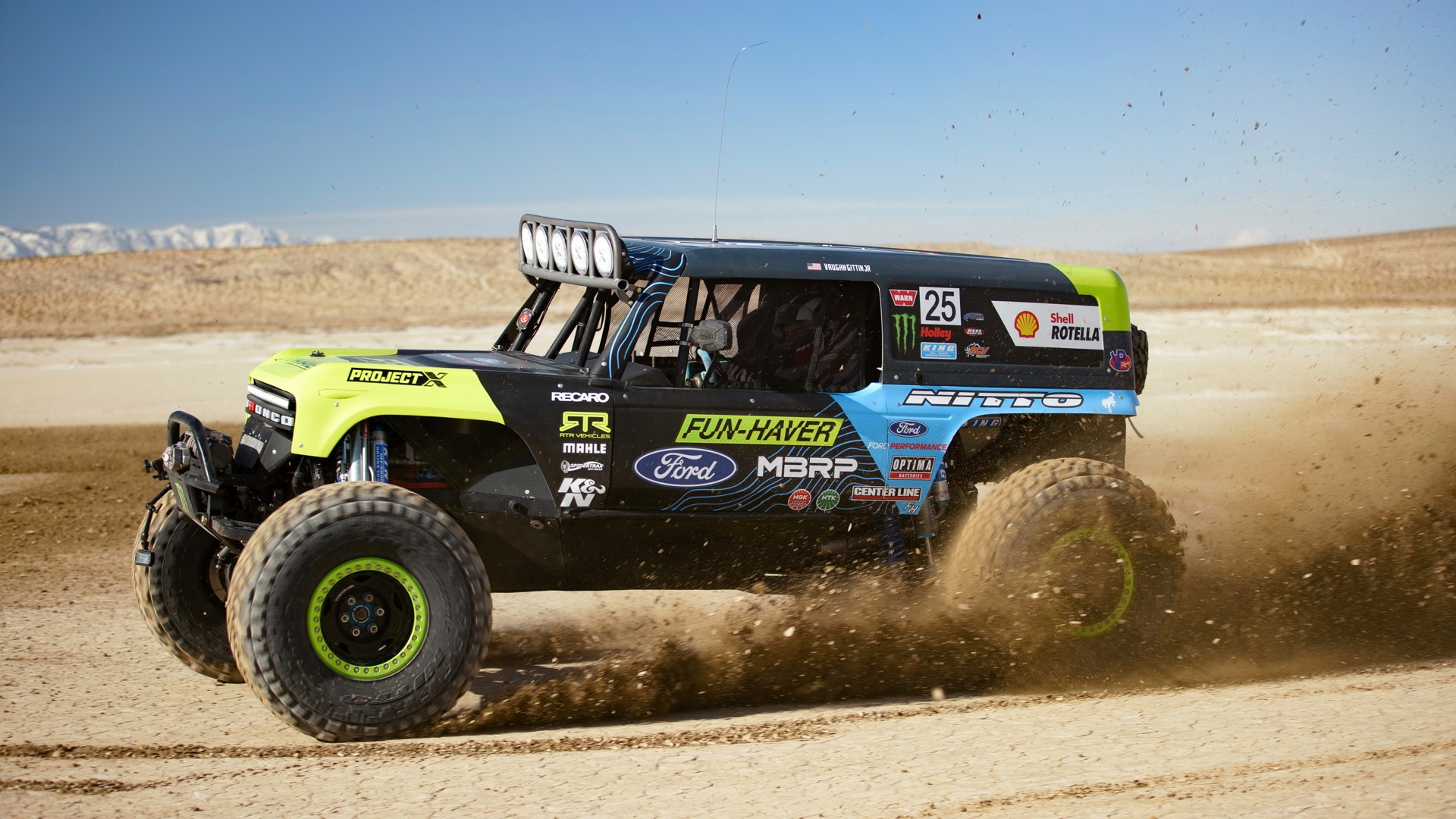 The original Ford Bronco was a successful off-road racer, and Ford wants the new model to follow in its tire tracks. On Monday, the Blue Oval unveiled three Bronco-badged race trucks that will compete in the Ultra4 series, starting with the legendary King of the Hammers rock-crawling competition, to be held Feb. 2-6 in Johnson Valley, California.

The Bronco 4400 trucks have nothing in common with the 2021 Ford Bronco beyond a name and some styling cues. They're purpose-built tube-frame trucks with long-travel suspension and custom-built four-wheel-drive systems. Ford didn't provide any powertrain details, but expect the 4400 race trucks to make more power than a stock Bronco.

Ford will field three vehicles, including one driven by drifting star Vaughn Gittin, Jr. The two others will be driven by King of the Hammers veterans, Loren Healy, who has won the event twice, and Jason Scherer, a three-time winner.

Held every February on public land in Johnson Valley, the King of the Hammers combines rock crawling with desert racing. So vehicles built to compete must be able to achieve high speeds for desert running, but still be able to drive up a rock face.

Ford previously built the Bronco R race truck for the 2019 Baja 1000 using the basic platform and 2.7-liter twin-turbo V-6 from the upcoming stock Bronco, but the truck failed to finish due to mechanical issues. A Bronco Sport also scored a class win in the 2020 Rebelle Rally, a 10-day women's navigational rally held in California.

Ford also plans to unveil a new Bronco model at the King of the Hammers event on Feb. 3. Stay tuned.