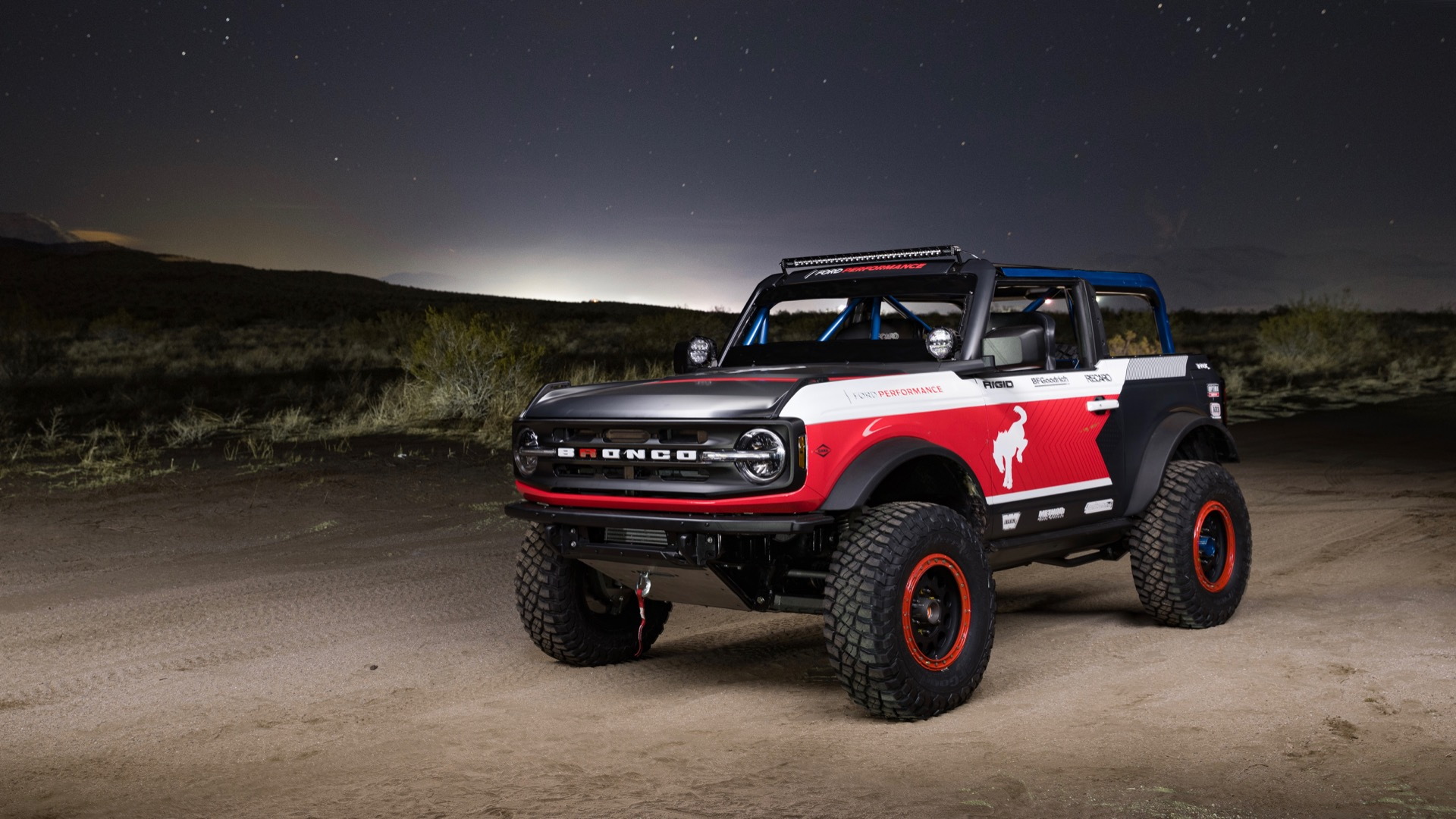 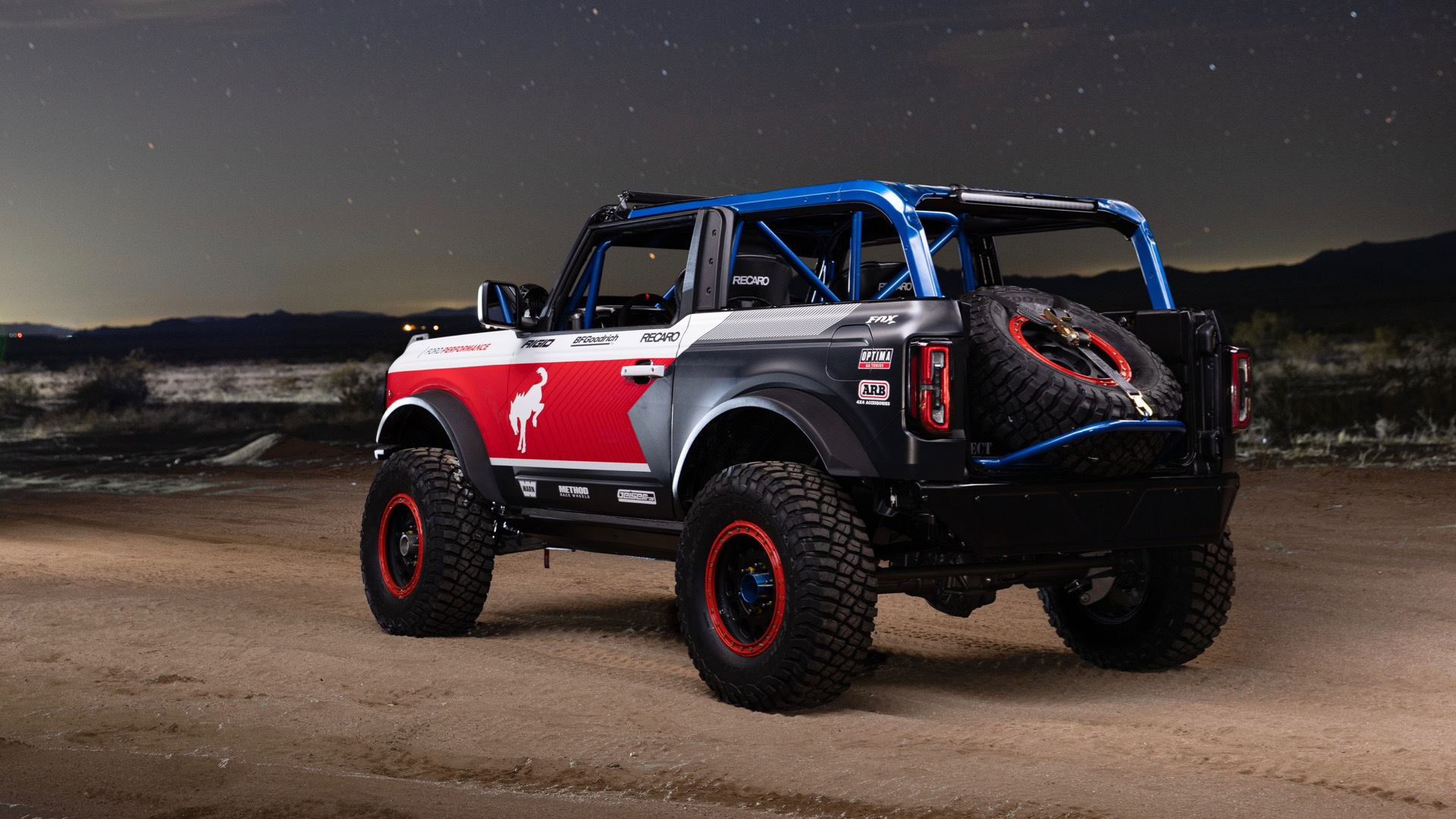 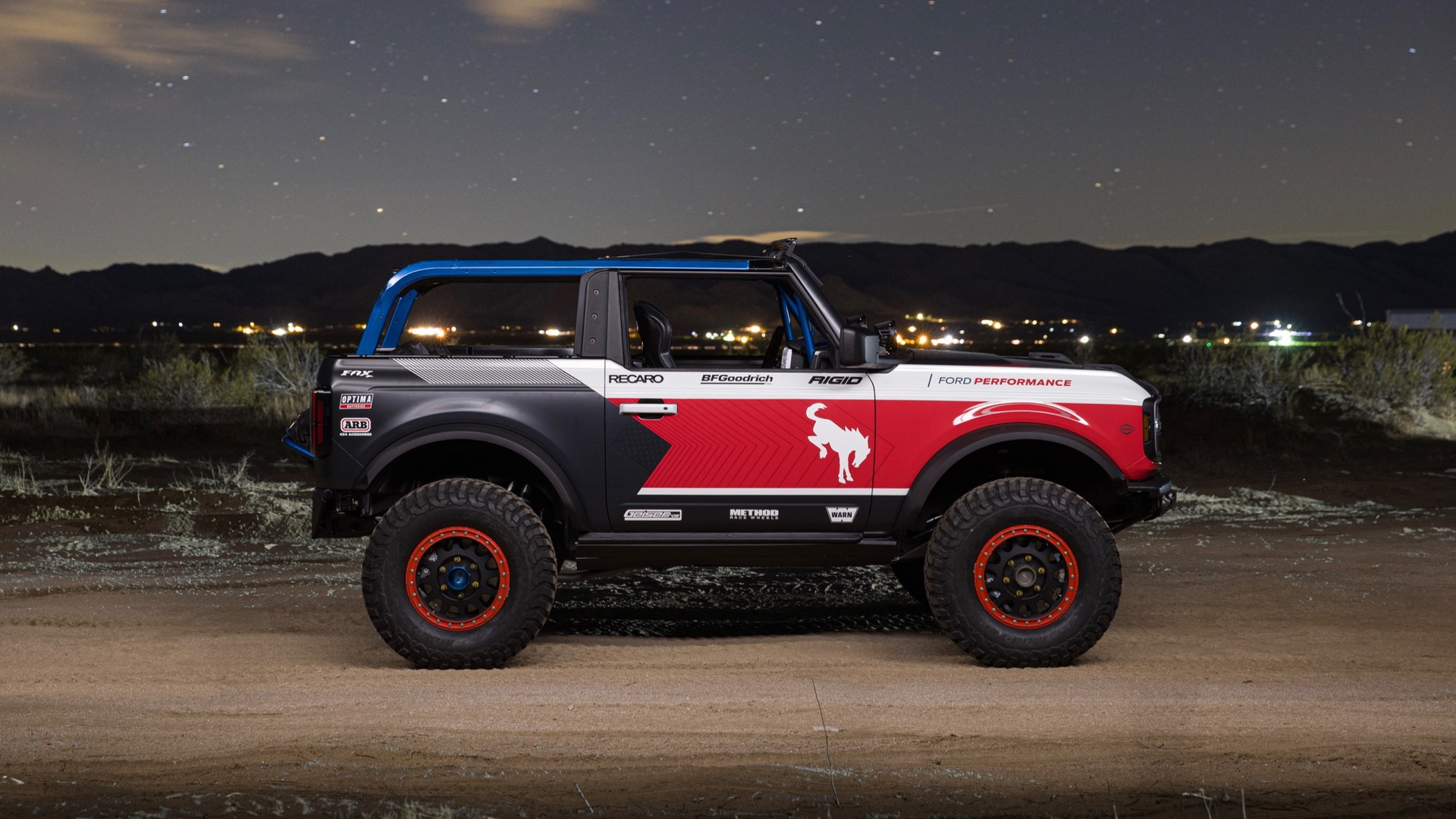 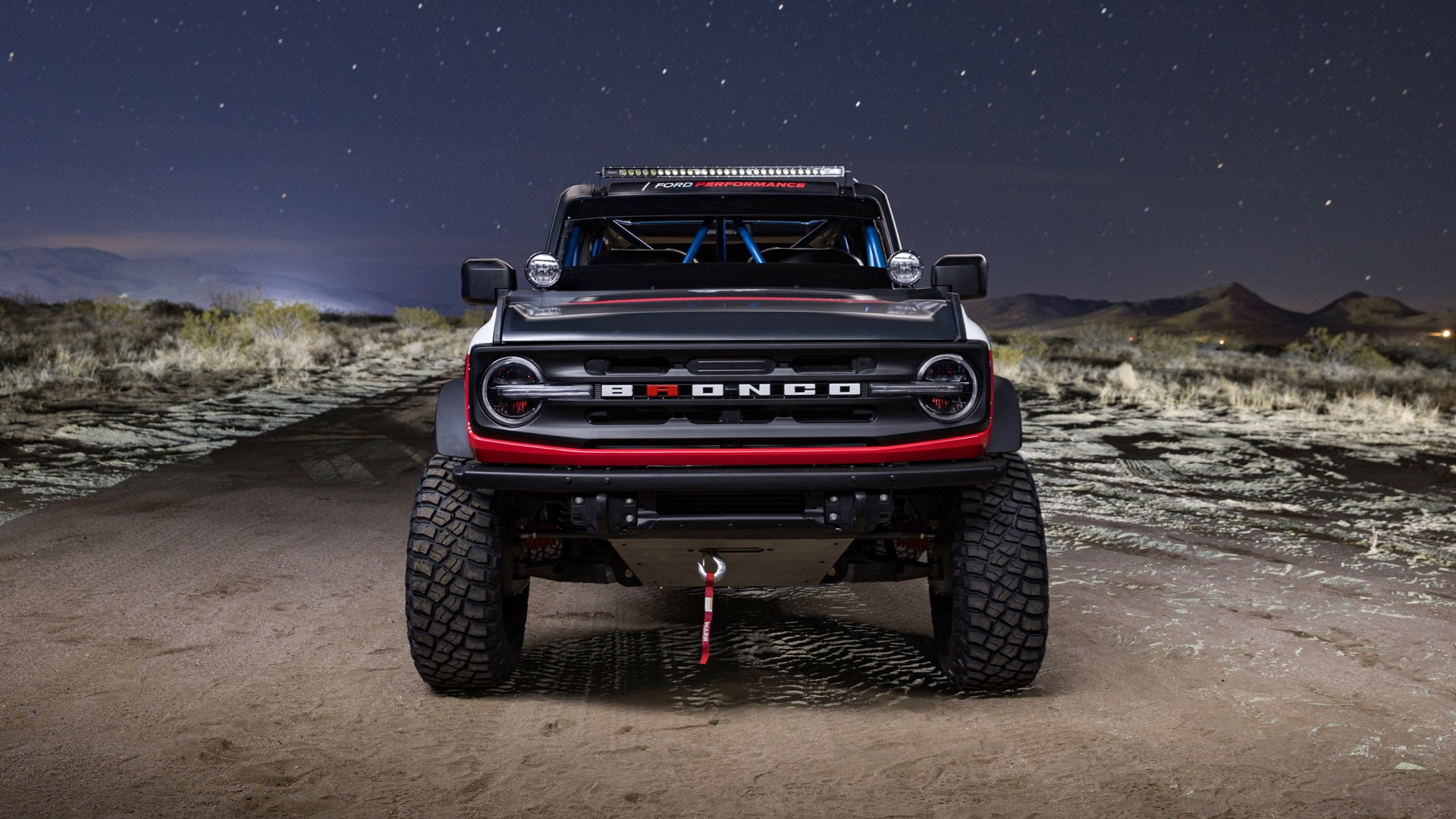 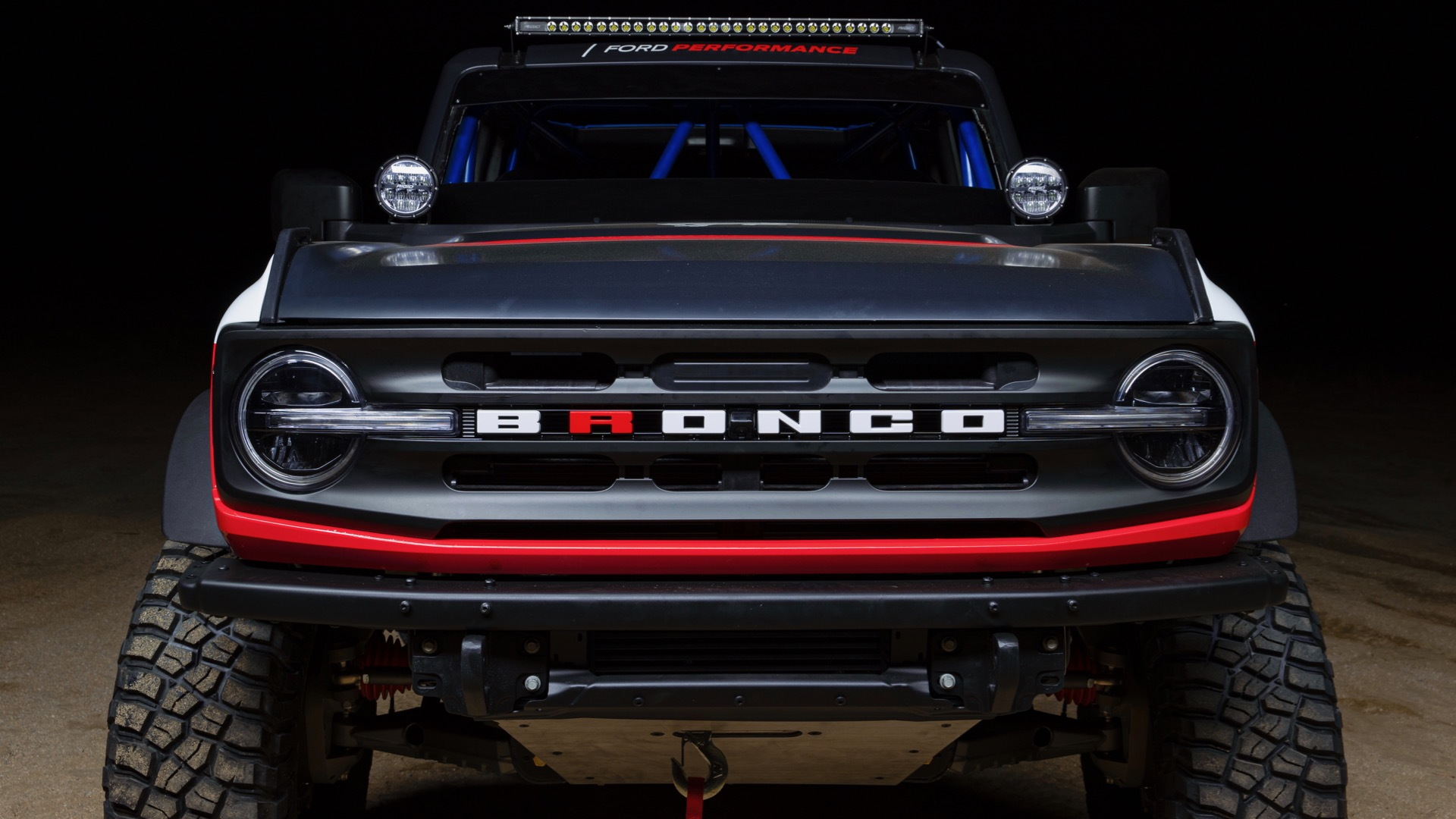 After unveiling Bronco-badged unlimited-class race trucks for the Ultra4 series, Ford on Wednesday announced that stock Broncos will also compete in the series.

Scheduled to begin testing later this month, the Ford Bronco 4600 is a modified version of the SUV people will actually be able to buy. It's based on the 2021 Ford Bronco two-door with the Sasquatch package, using the same T6 platform, twin-turbocharged 2.7-liter V-6, and 10-speed automatic transmission as the showroom version.

Other upgrades include heavy-duty front portal hubs and a heavy-duty hydraulic steering rack with cooler. A factory Dana AdvanTEK e-locking differential sends power to the front wheels, while the Bronco racer uses a DynaTrac ProRock XD60 axle with ARB 35-spline air locker at the back.

On the outside, the Bronco 4600 sports Ford Performance front and rear bumpers, a Warn winch, Rigid LED lighting, and a custom roll cage. The livery is a mix of retro elements referencing the 1969 Baja 1000-winning Bronco at the front and more modern graphics at the back.

Ford plans to field three Bronco 4600 race trucks, each with a pair of drivers in the Ultra4 series. The lineup includes drifting star Vaughn Gittin, Jr. and two-time King of the Hammers winner Loren Healy in one Bronco, a second Bronco driven by three-time King of the Hammers winner Jason Scherer and Baja 1000 class winner Bailey Cole, and a third Bronco driven by brothers and veteran off-road racers Brad and Roger Lovell.

Some of these drivers are also slated to race the Bronco 4400 trucks in the Ultra4 series' unlimited class. Unlike the Bronco 4600, the Bronco 4400 is a purpose-built vehicle, and it has nothing in common with the stock Bronco except a name.

Prior to its foray into Ultra4, Ford entered the one-off Bronco R in the 2019 Baja 1000, using the T6 platform and 2.7-liter twin-turbo V-6 from the stock Bronco. While the Bronco R failed to finish due to mechanical issues, Ford said lessons learned from that project informed the Bronco 4600's design.