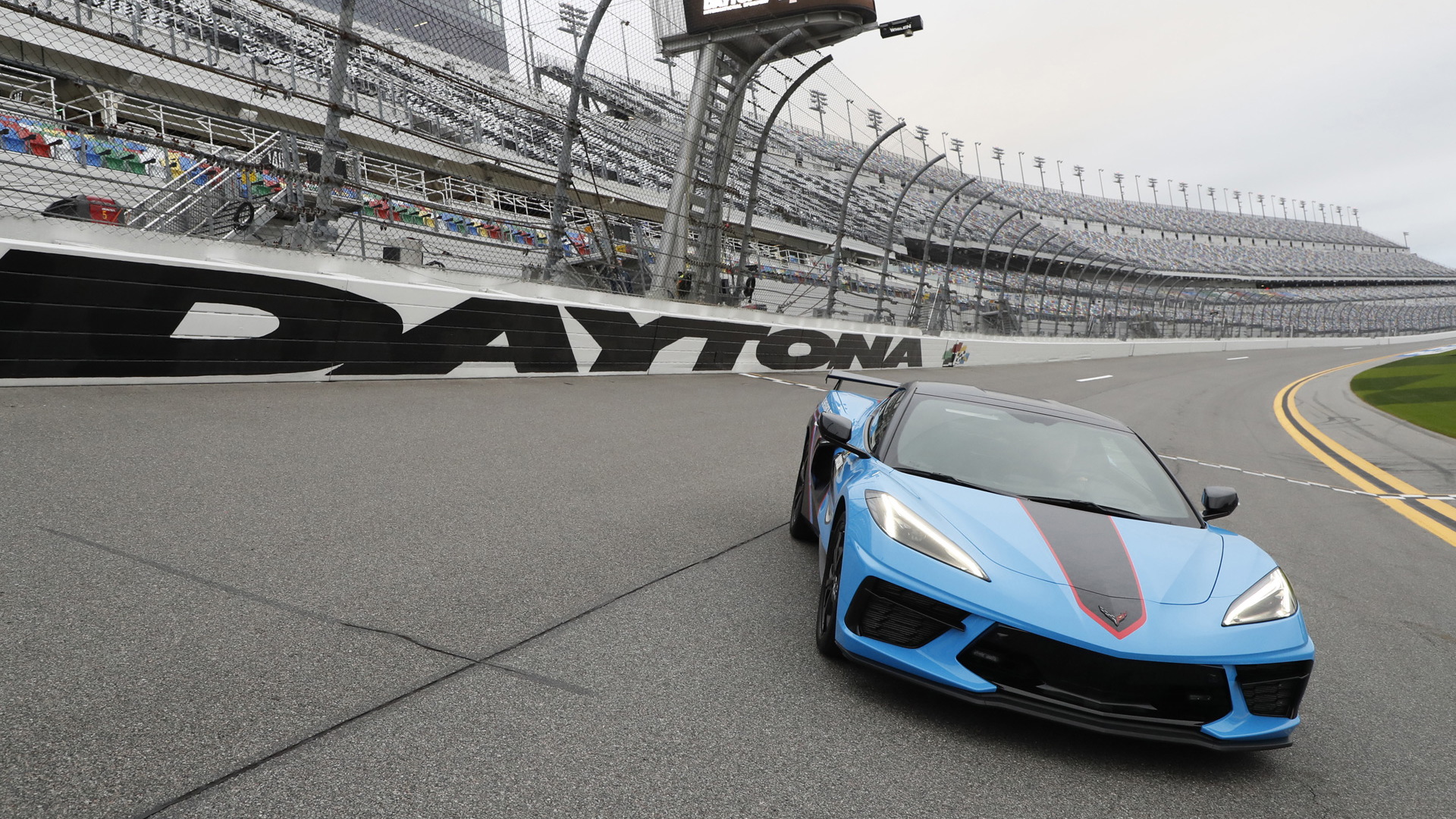 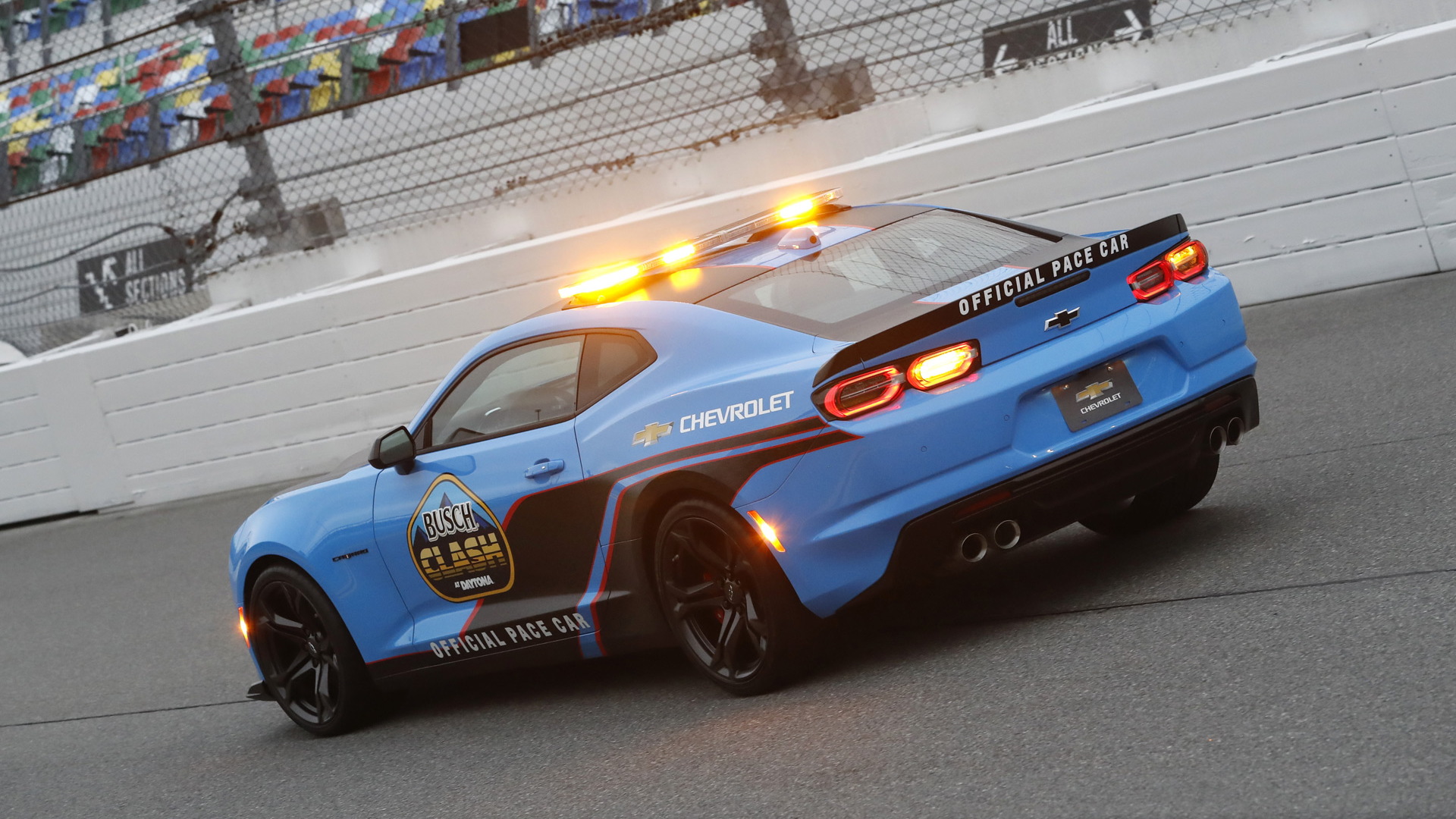 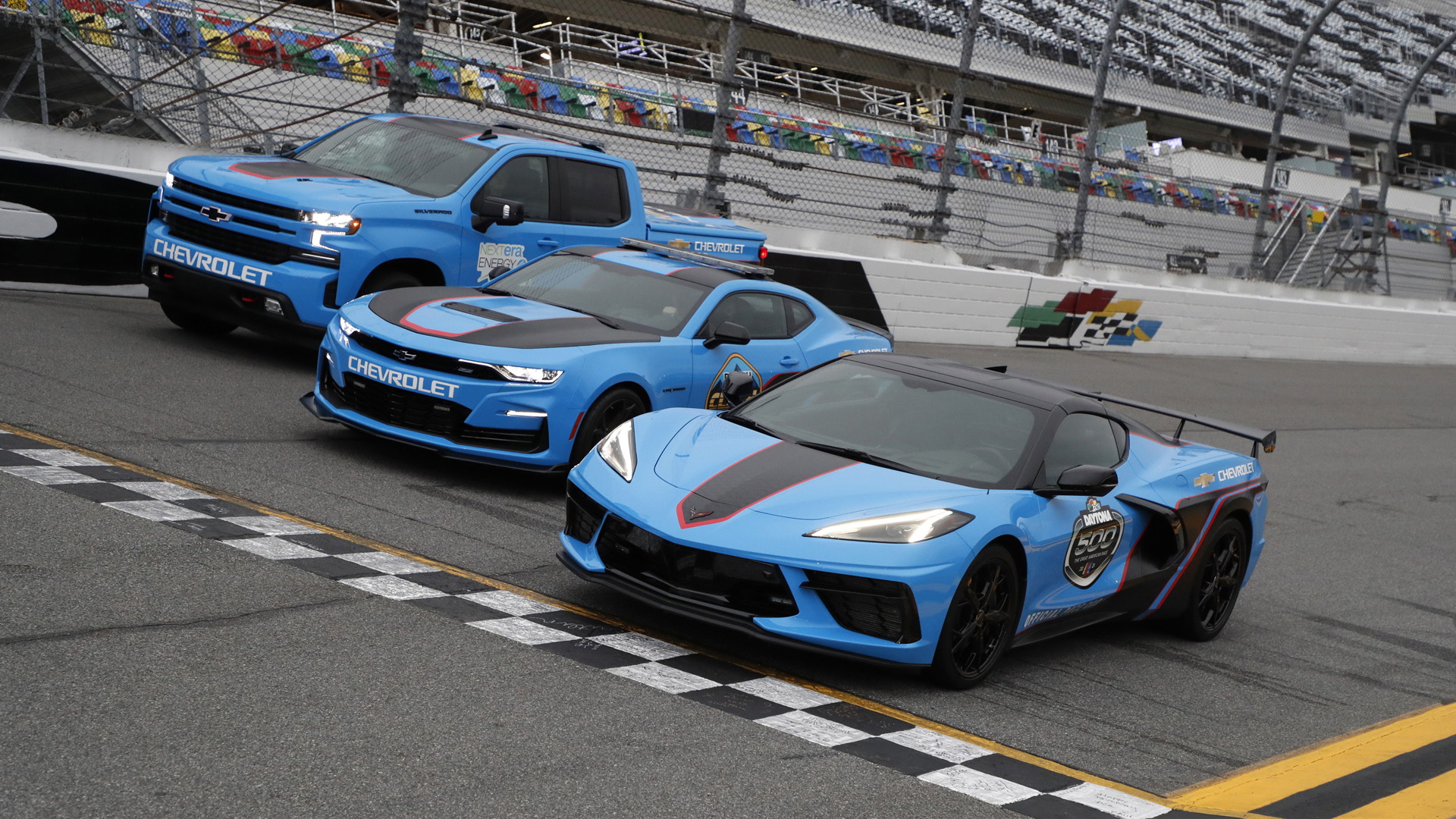 Chevrolet has been picked as the supplier of official pace vehicles for each of the three categories of the 2021 NASCAR calendar's season-opening Daytona 500 round at Florida's Daytona International Speedway.

The Corvette Stingray has been picked to pace the Daytona 500, the highlight of the premier Cup Series, which this year runs on February 14. It's the sixth time a Corvette has received the honor, and the 14th time a Chevy has.

A Camaro SS will handle pacing duties in the Xfinity Series’ Beef. It’s What’s For Dinner. 300 on Feb. 13, while a Silverado 1500 RST will serve as the pace vehicle for the Camping World Truck Series’ NextEra Energy 250 on Feb. 12.

The trio of vehicles all share a red, white and blue theme inspired by the Daytona 500 logo, with the Rapid Blue color normally exclusive to the Corvette serving as the primary color here. Chevy hasn't said who will be actually driving them on each of the days, though.

Chevy will also host a special Daytona-themed live presentation this year via its Chevy MyWay web portal. The 20-minute interactive broadcast starts Feb. 13 at 11 am ET.

Naturally, the Bowtie brand will also be competing in this year's NASCAR season, with the Camaro serving as the silhouette for racers in the Cup Series and Xfinity Series, and the Silverado 1500 in the Camping World Truck Series.