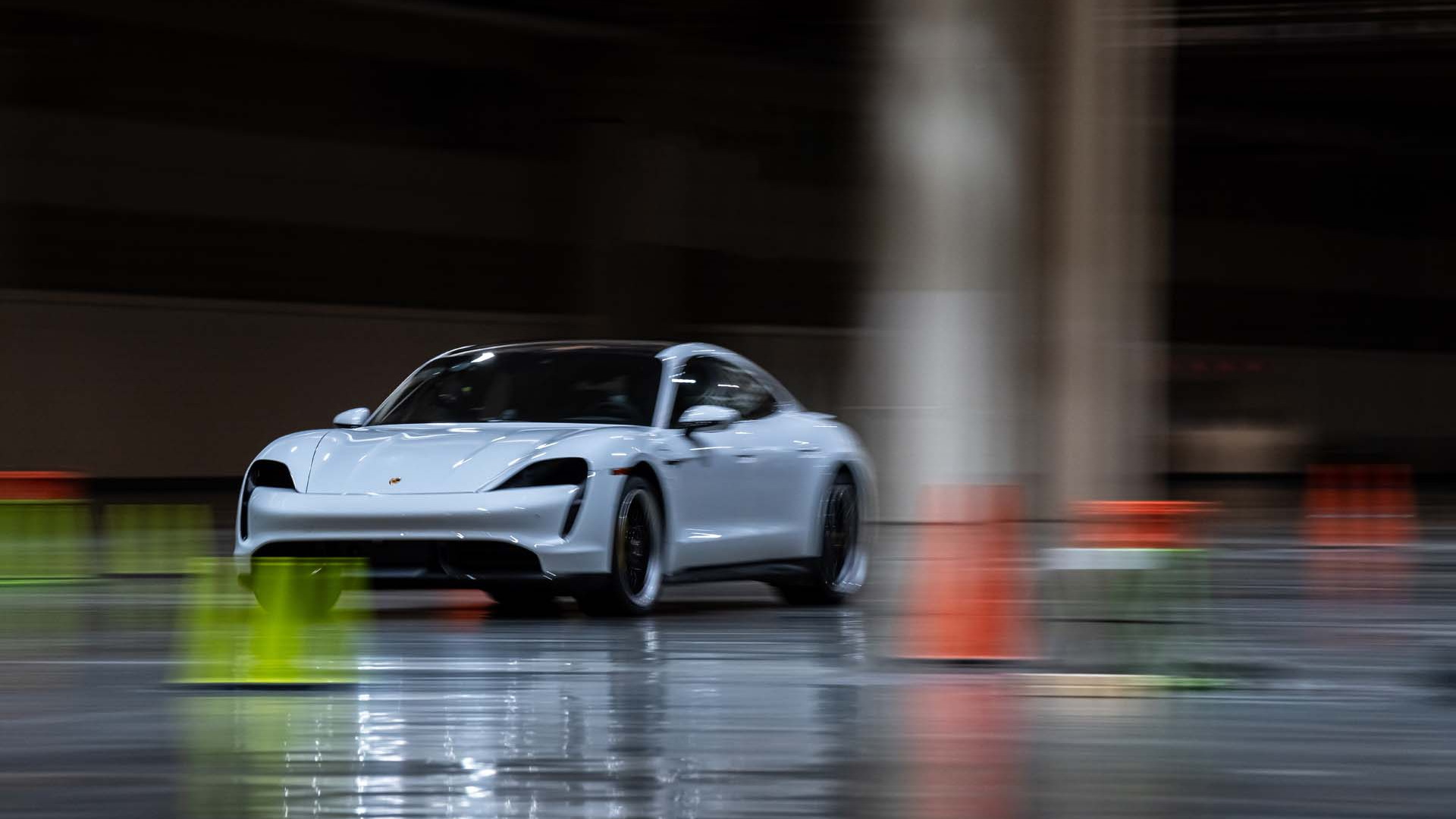 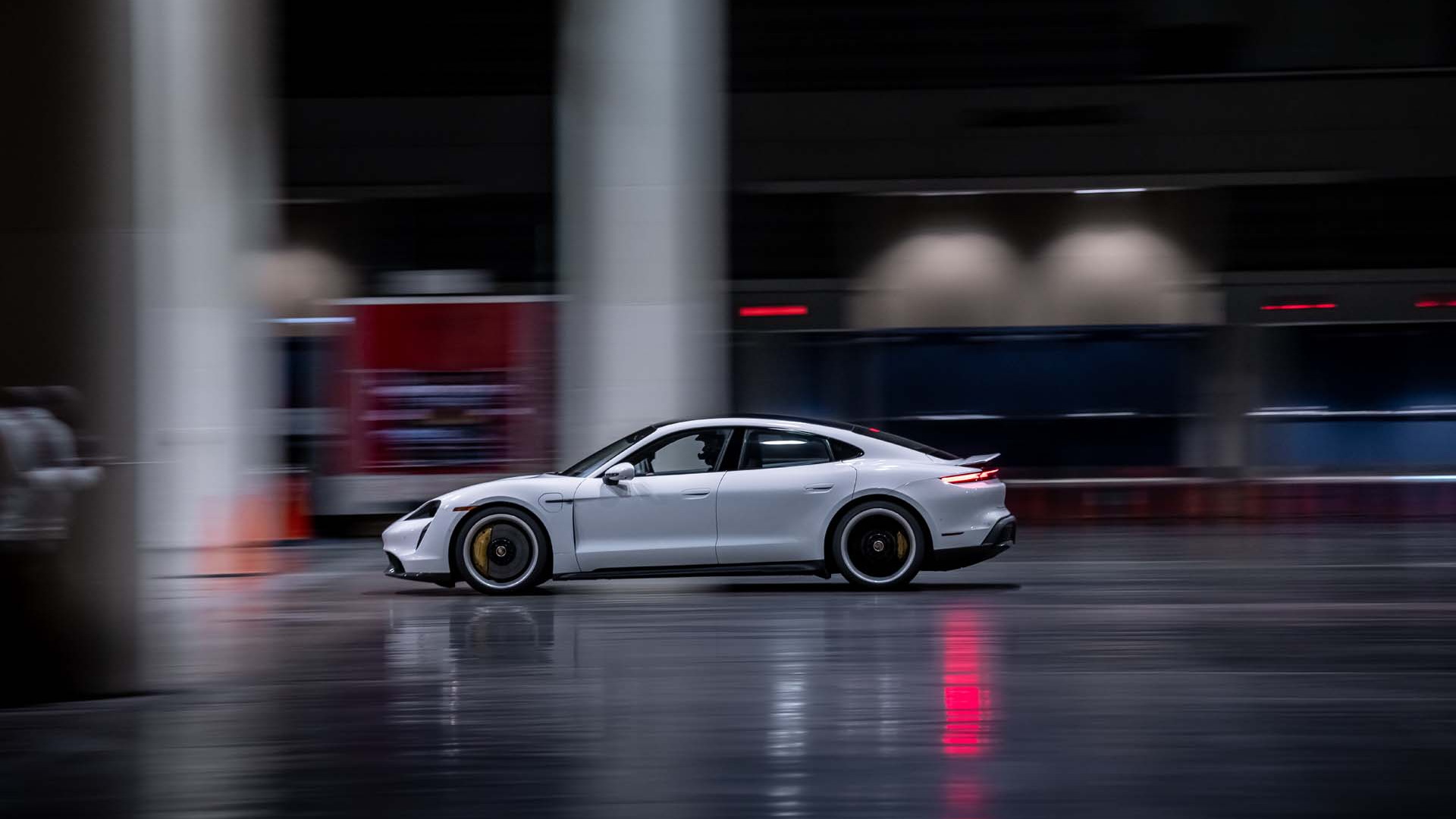 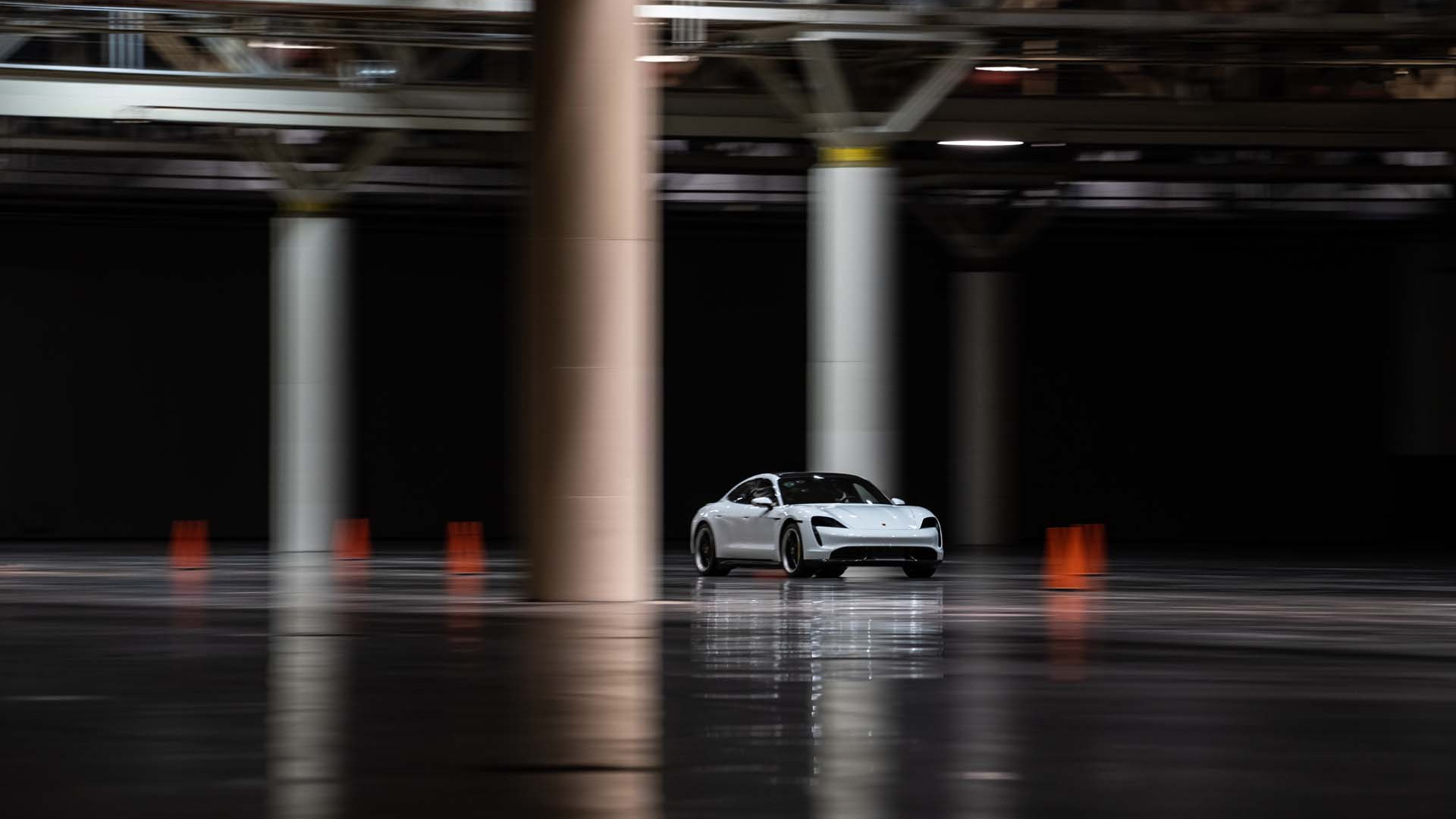 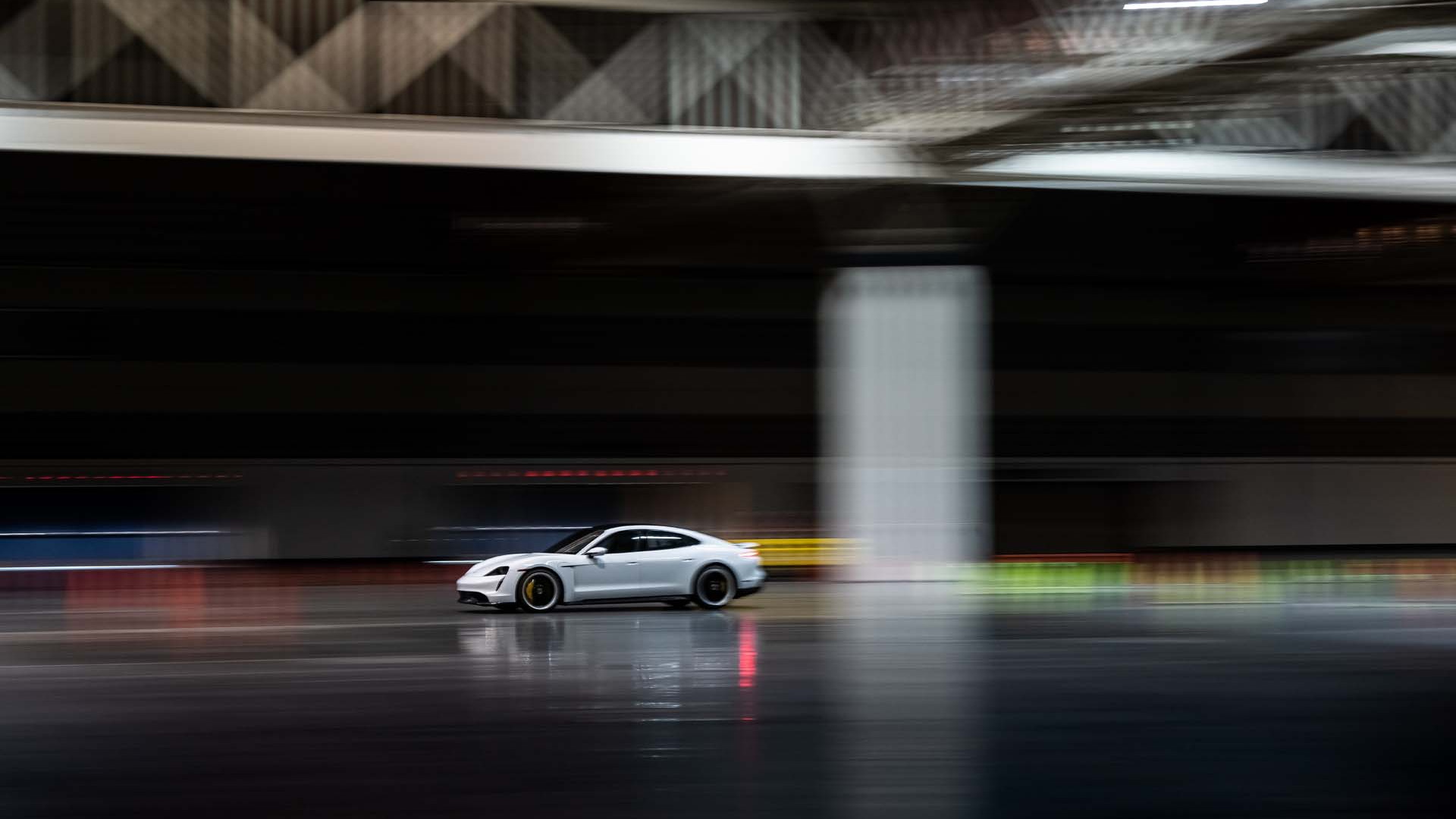 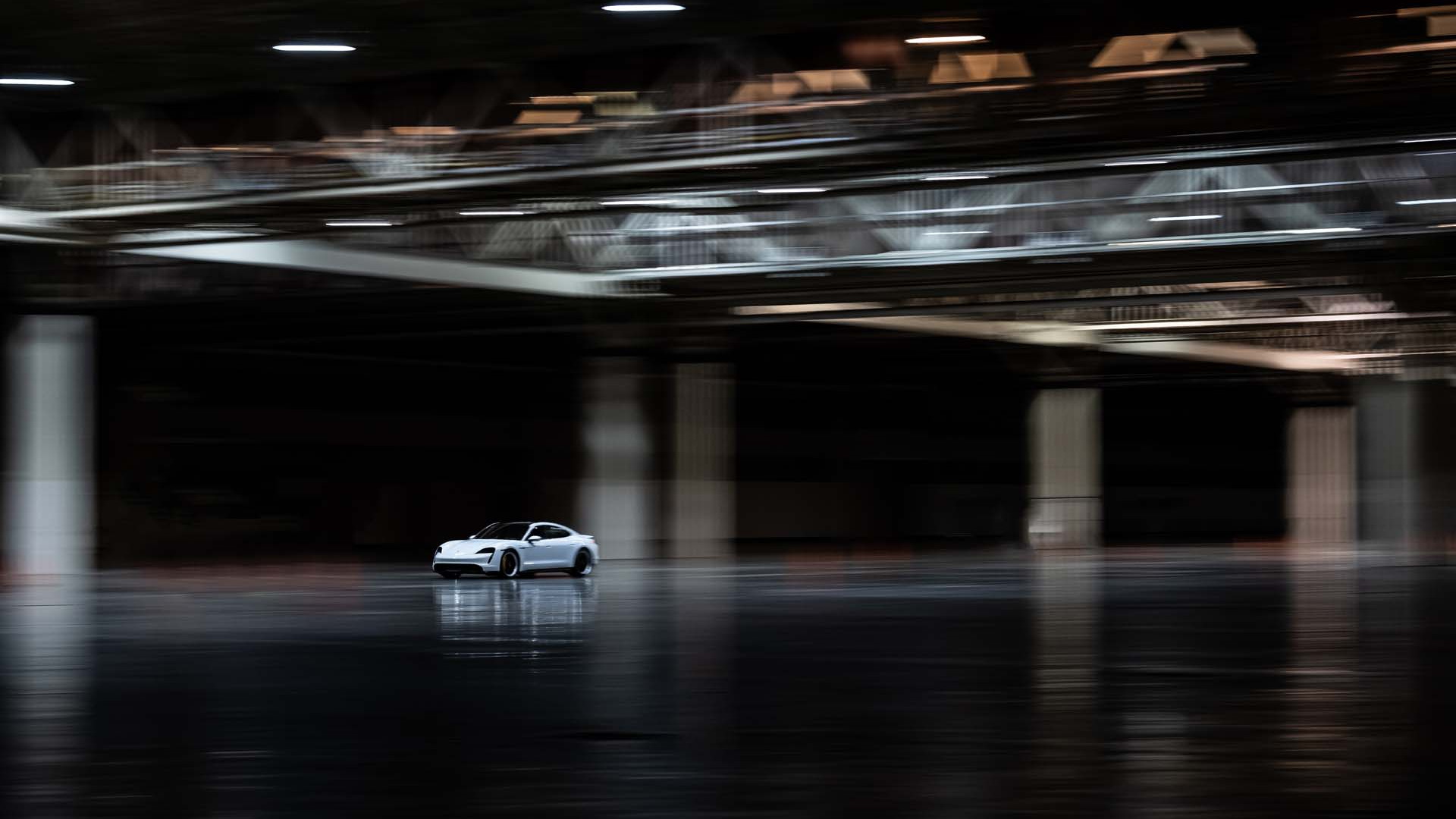 Everyone is familiar with the various land speed record categories for cars, but we're sure very few readers will be aware of the indoor category. That's because the criteria laid out by the folks at Guinness World Records makes this particular category extremely challenging.

The vehicle needs to start at a standstill and run in a straight line within the confines of a building. And there can't be any safety nets or open doors, meaning the vehicle also needs to come back to a stop without running out of room. Also making this a challenge is the fact that most buildings have smooth surfaces, making grip levels similar to that of driving on ice.

Despite the challenges, Porsche has managed to smash the previous record of 87 mph set in 2013 in a Ford Fiesta rally car using the Taycan Turbo S. With racing driving Leh Keen behind the wheel, the battery-electric sedan was able to hit a top speed of 102.6 mph.

The run was completed within the Ernest N. Morial Convention Center in New Orleans, Louisiana, which spans just over one million square feet. While the building's size was right, its slippery polished concrete floor was an issue. As a result, Keen's crew made sure the tires were warmed up prior to the run.

“The surface is so unpredictable, so slick, that you have to have complete trust in your car,” Keen said in a statement issued Wednesday. “I could feel the Taycan’s systems figuring it out, working so hard to keep me heading straight.”

Impressively, Keen only made a handful of exploratory runs before setting the record on his first attempt.

For the run, Keen used the Taycan Turbo S's launch control which sees the combined output of the car's two electric motors dialed to 750 hp temporarily. Drive in the car is to all four wheels and the stopping power comes from huge carbon-ceramic rotors.

The Taycan Turbo S is priced to start at $152,250. That's certainly steep but you can now drive home in a Taycan from as little as $81,250 thanks to the recent introduction of a base model with rear-wheel drive. It only has 402 hp but is also lighter than the other Taycan variants due to its missing front-axle motor.

This isn't the first of the Taycan's world records. Last fall, Porsche set a record for the longest drift in an electric vehicle using the rear-wheel-drive Taycan.