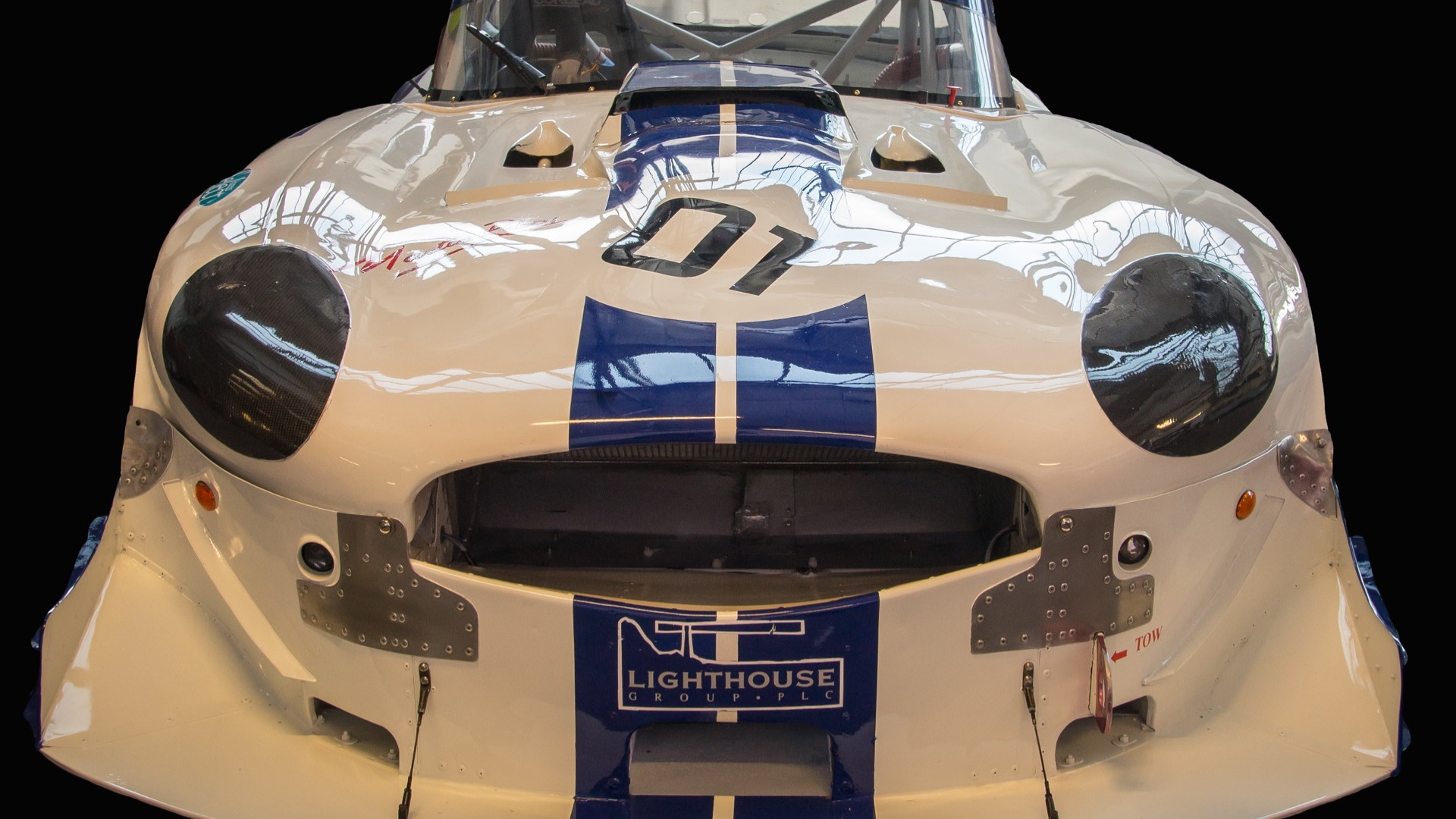 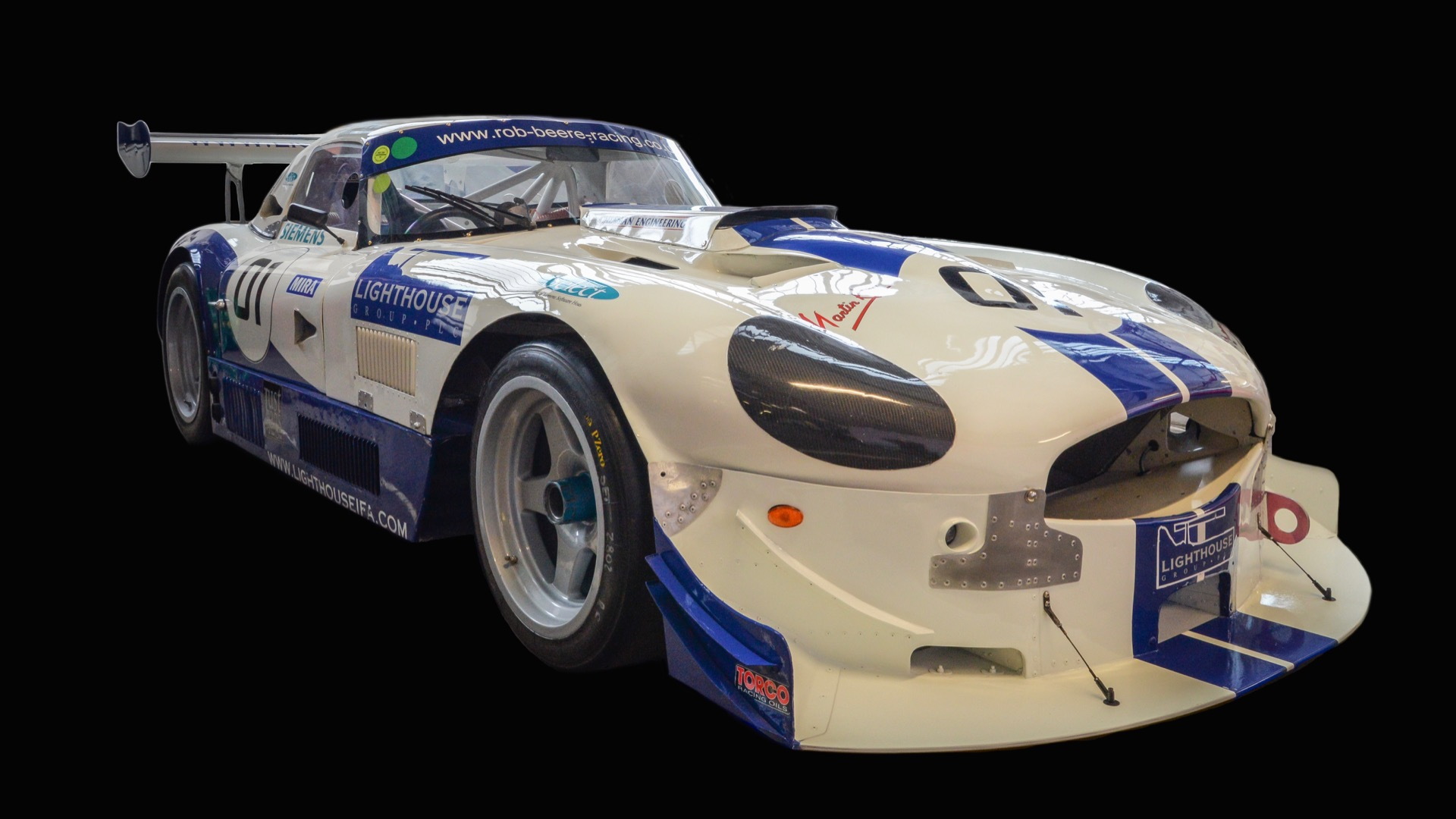 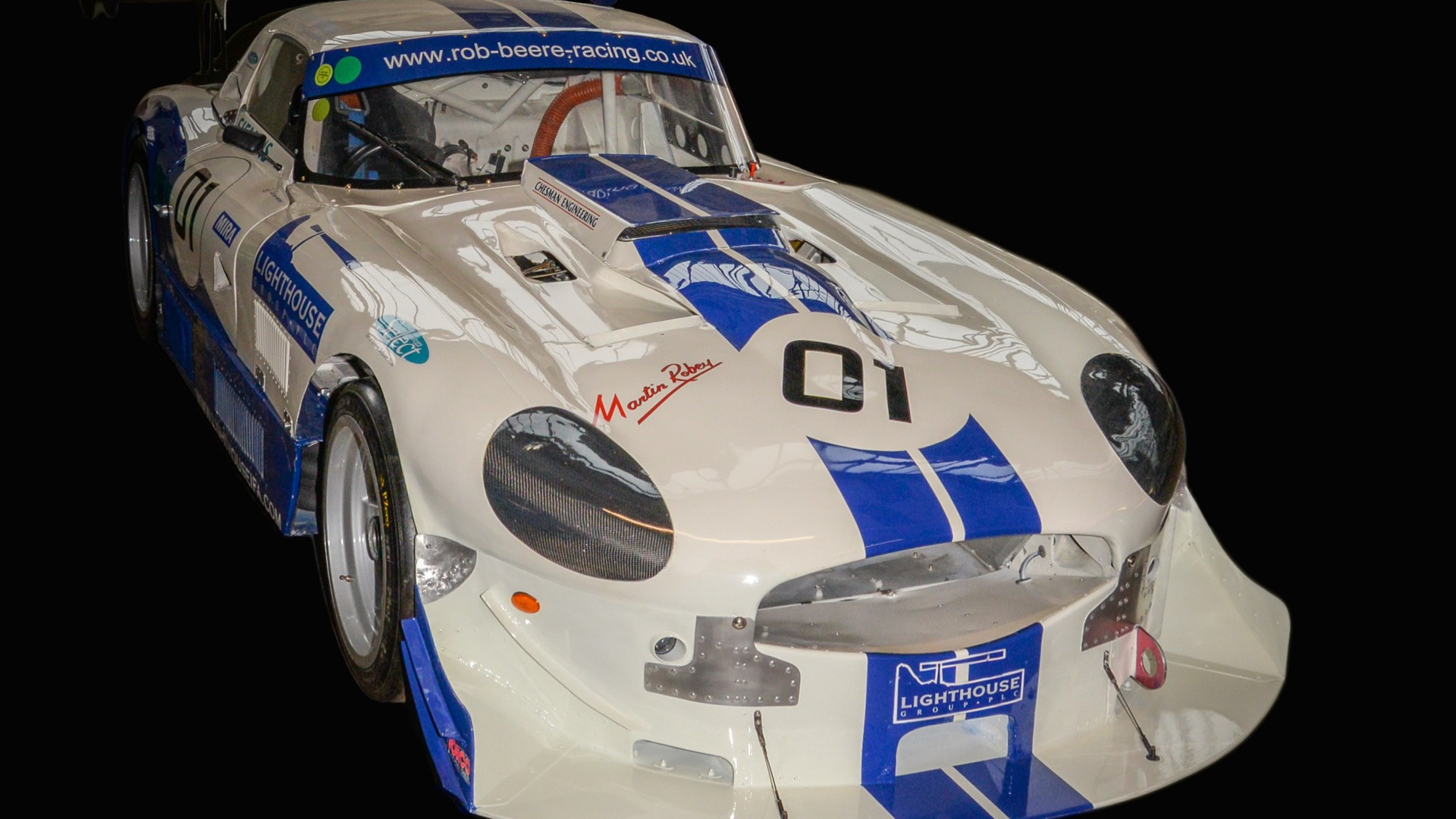 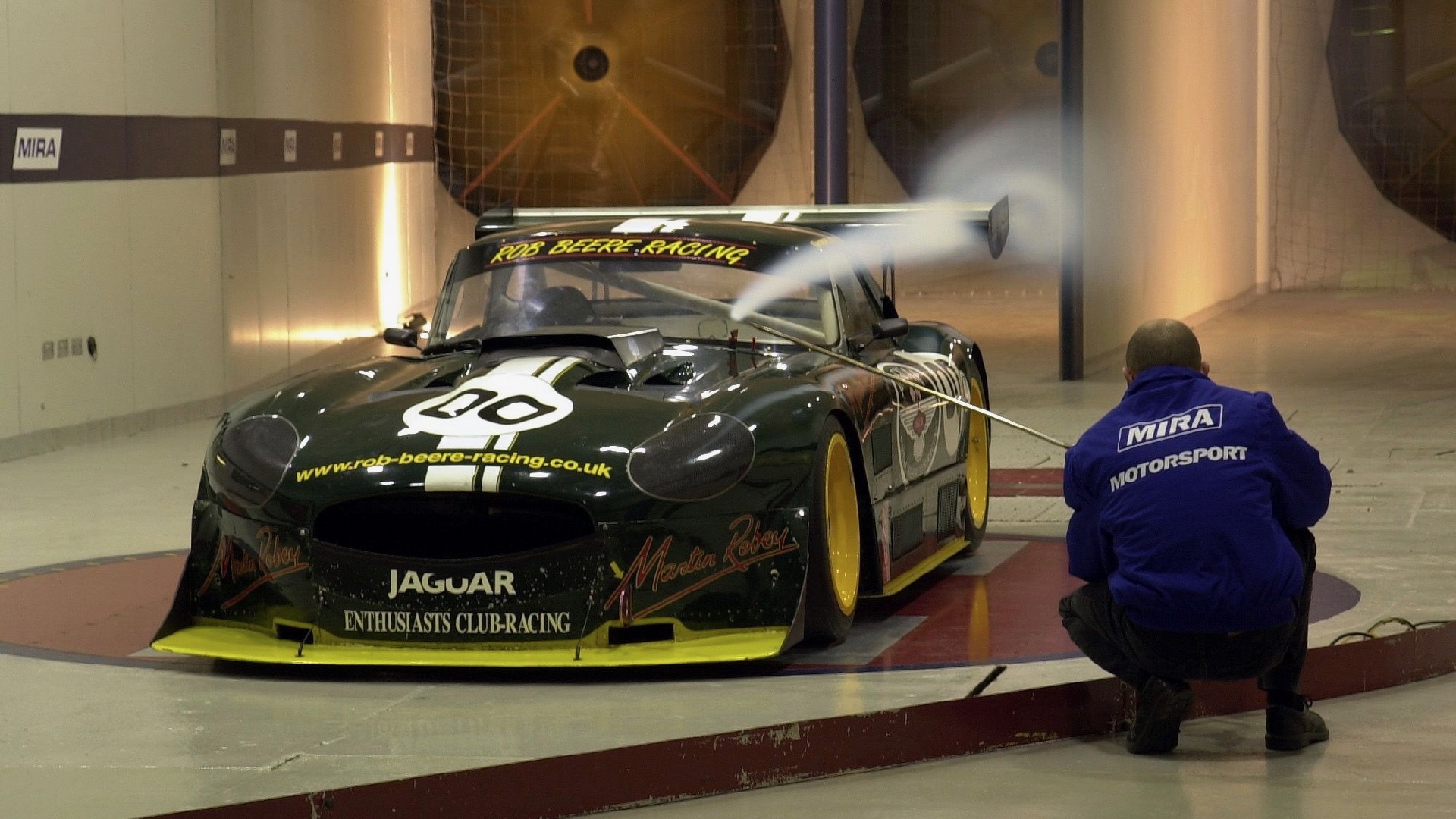 A radically-modified Jaguar E-Type race car is currently for sale in the United Kingdom. Dubbed "The Beast," the car racked up 52 race wins and 87 podiums, according to the listing at Hampson Auctions.

The car started out as a 1971 Jaguar E-Type Series 3 V-12 tub, and was converted into a race car in 1977, with continuing development over the subsequent 13 years by Rob Beere Racing. Its racing career ended after a crash at Oulton Park circuit in the U.K. in 2001. The E-Type was subsequently stored, and gradually rebuilt by the current owner.

In its current form, the E-Type sports a 7.3-liter V-12 (2.0 liters larger than stock) with six downdraught Weber carburetors. The modified V-12 makes 750 hp and 680 lb-ft of torque. It's also mounted six inches lower in the chassis than stock.

A Hewland dog box with a lightweight flywheel and triple-plate clutch helps direct power to the rear wheels. Rob Beere Racing designed the car's suspension, while stopping is handled by AP Racing brakes with 15-inch rotors clamped down by 6-piston calipers up front and 4-piston calipers at the rear. The car rolls on Jaguar XJ220 wheels with Dunlop tires.

The heavily modified bodywork is a mix of materials, including aluminum, fiberglass, carbon-fiber and even some plywood (for the front air dam, with titanium skids for protection). The car also sports a rear wing from a Jaguar XJR-9 race car.